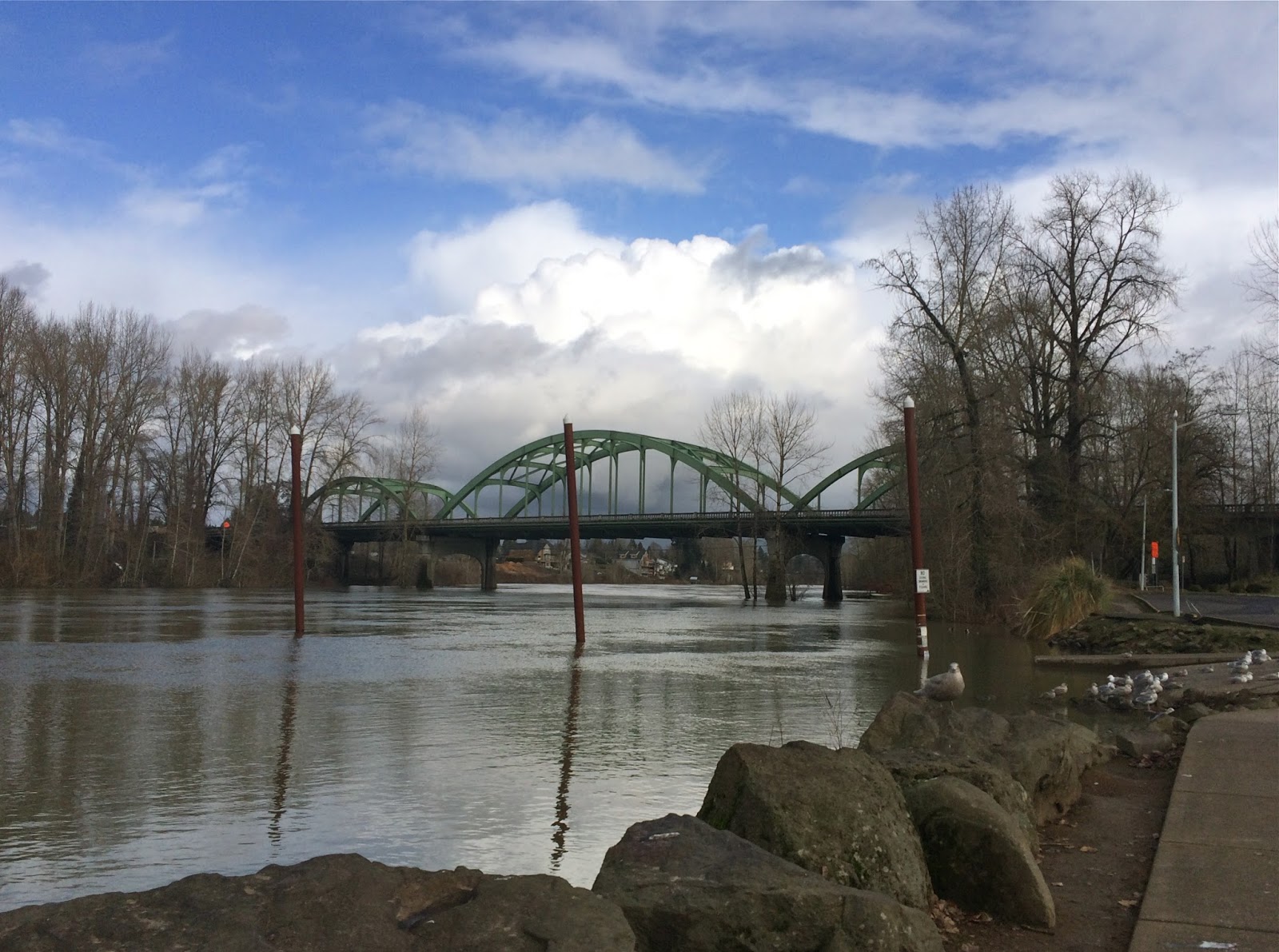 I went down to Clackamas county yesterday to try to do some birding between rain and hail showers.  Clackamette Park was flooding on both the Clackamas and the Willamette sides, pushing the gull flocks into the parking lot.  I decided to try to find a Thayer's among them, and actually had a couple good candidates. 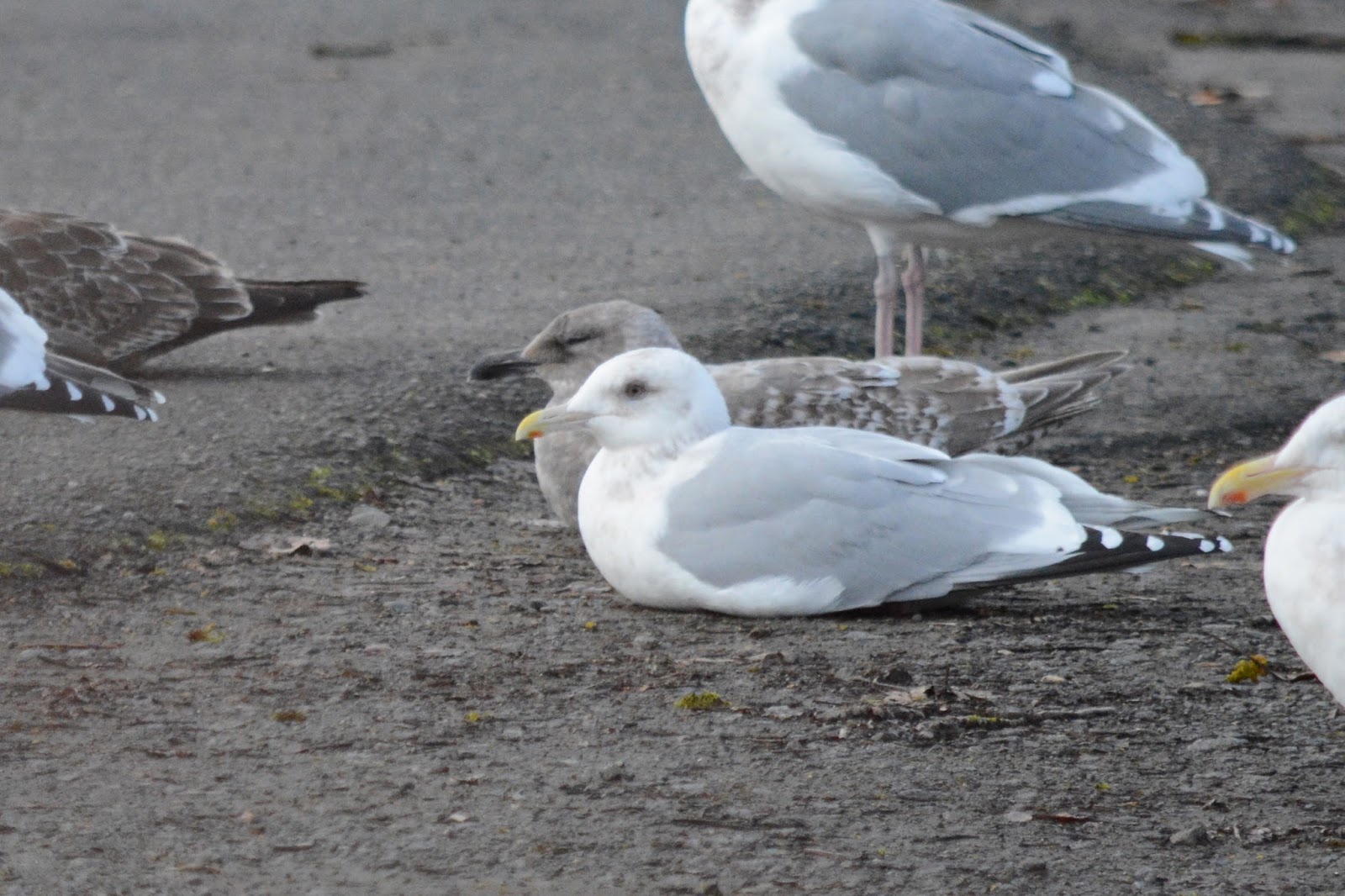 The above gull seemed to follow the guidelines as laid out by Seagull Steve recently.  Be sure to check out his awesomely helpful Thayer's Gull post.  So this gull up there- rounded head, yellow/green bill, pale iris but not crazy Herring Gull pale, "black eye" look (suggested by someone else on my last gull post), and the underside of the right wing looks pale- though I get a little confused when I try to use that as a field mark. 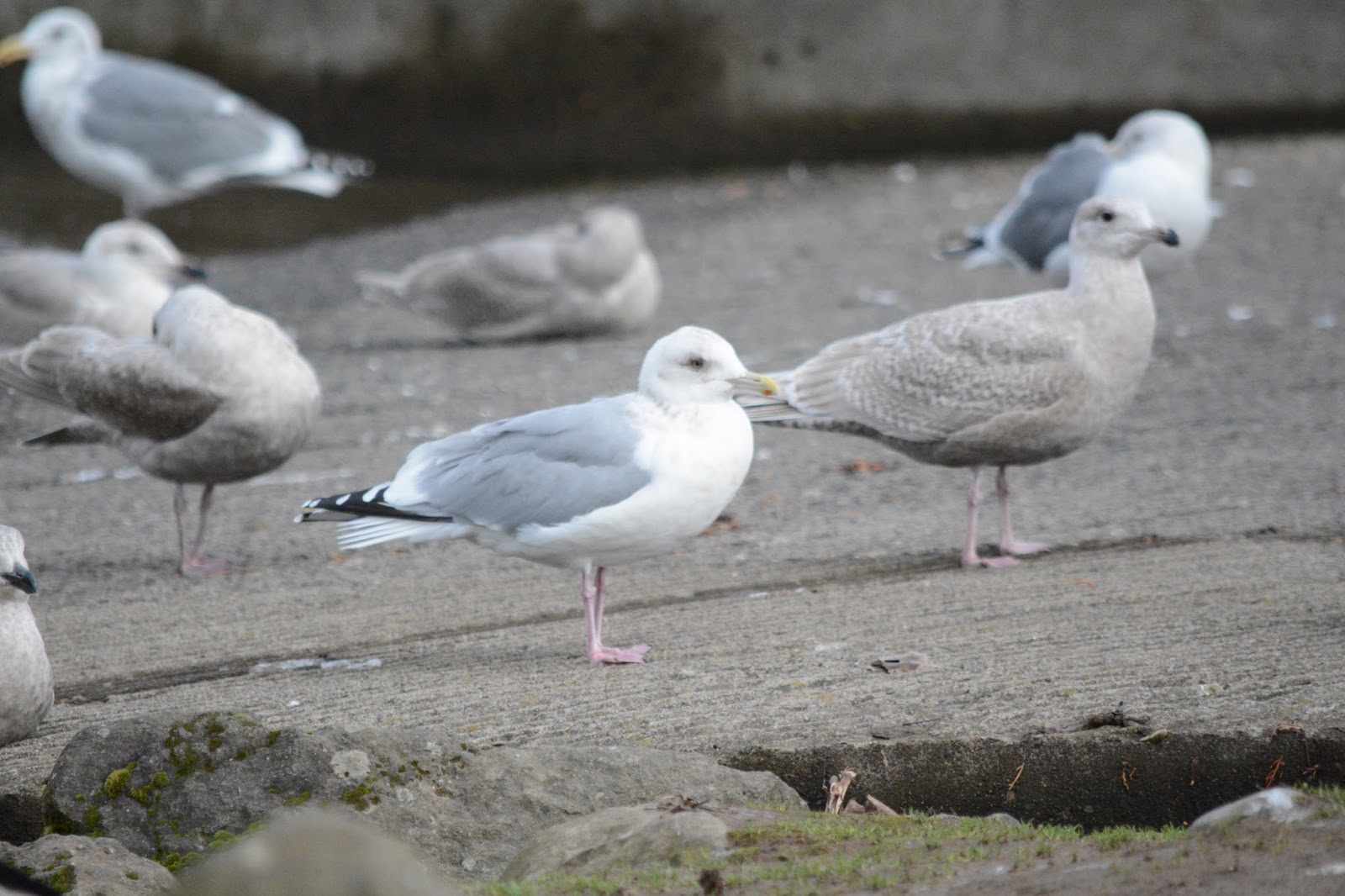 The above bird looks very similar to the previous bird.  Now a third bird, which also has a pale iris, but I find a bit more confusing.   Viewing the underside to the wings at this angle is what gets me confused, I can't tell what I'm looking at exactly. 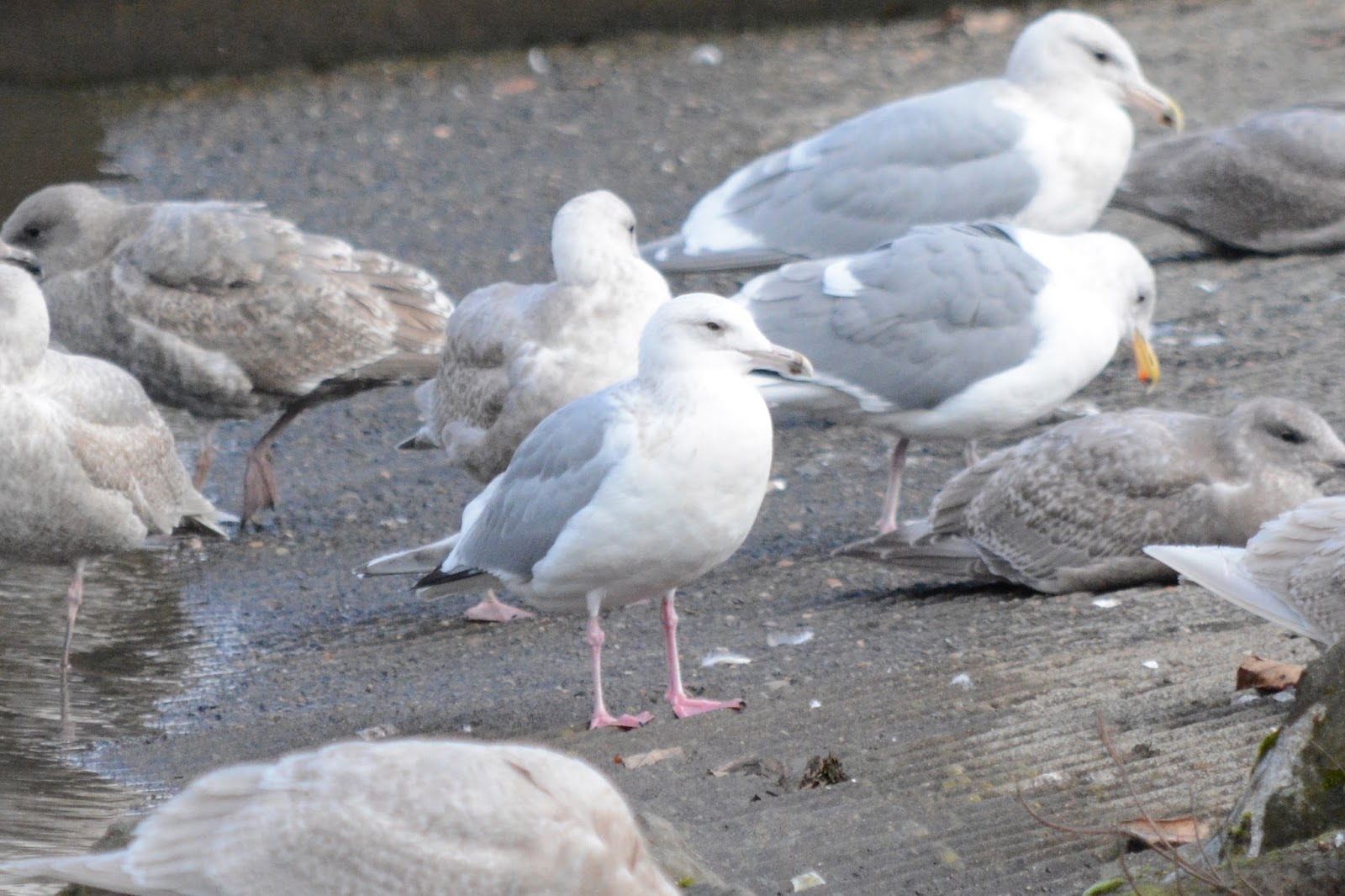 So as you can see, after staring at gulls for awhile I start trying to turn everything into a Thayer's.  It's a problem.  Perhaps I have learned nothing at all. 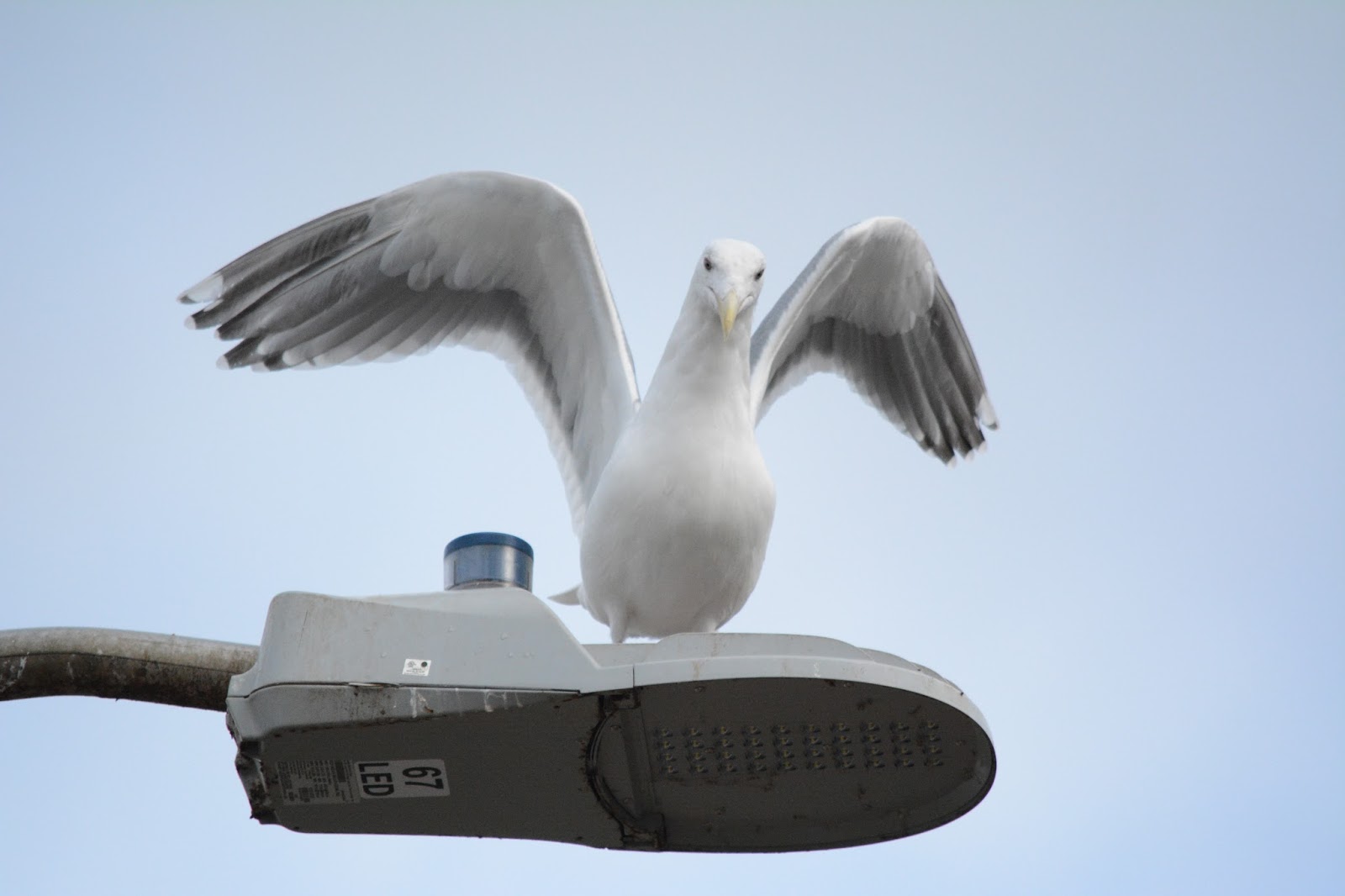 I am also interested in this other gull that was wandering around the parking lot... It has a semi-pale iris, but to me has that Glaucous-winged look to its head... 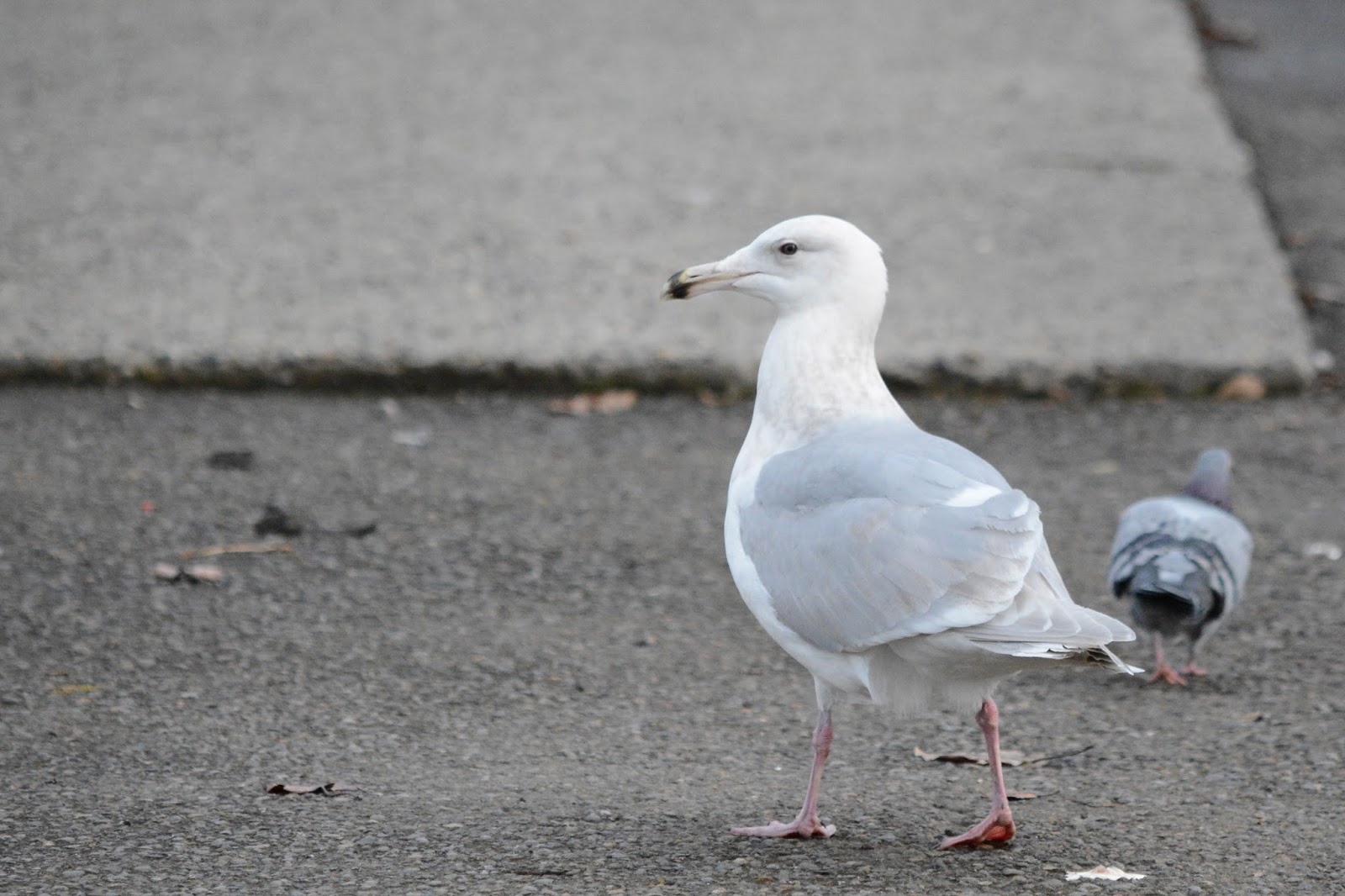 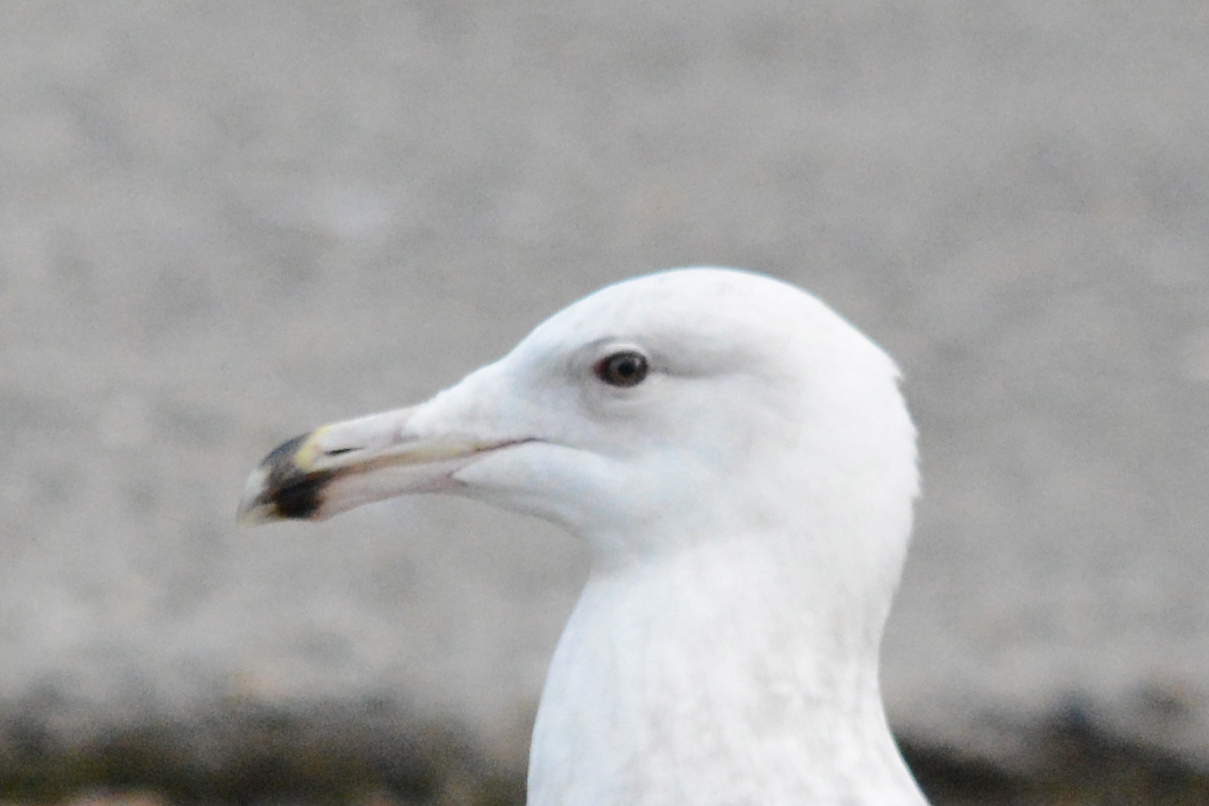 It's entirely possible I am overthinking this bird.

Ok, enough gulls.  Clackamette Park has a large and bold pigeon population.  While I was looking at the gulls they flew up and landed all around us, walking right up to me and the dogs. 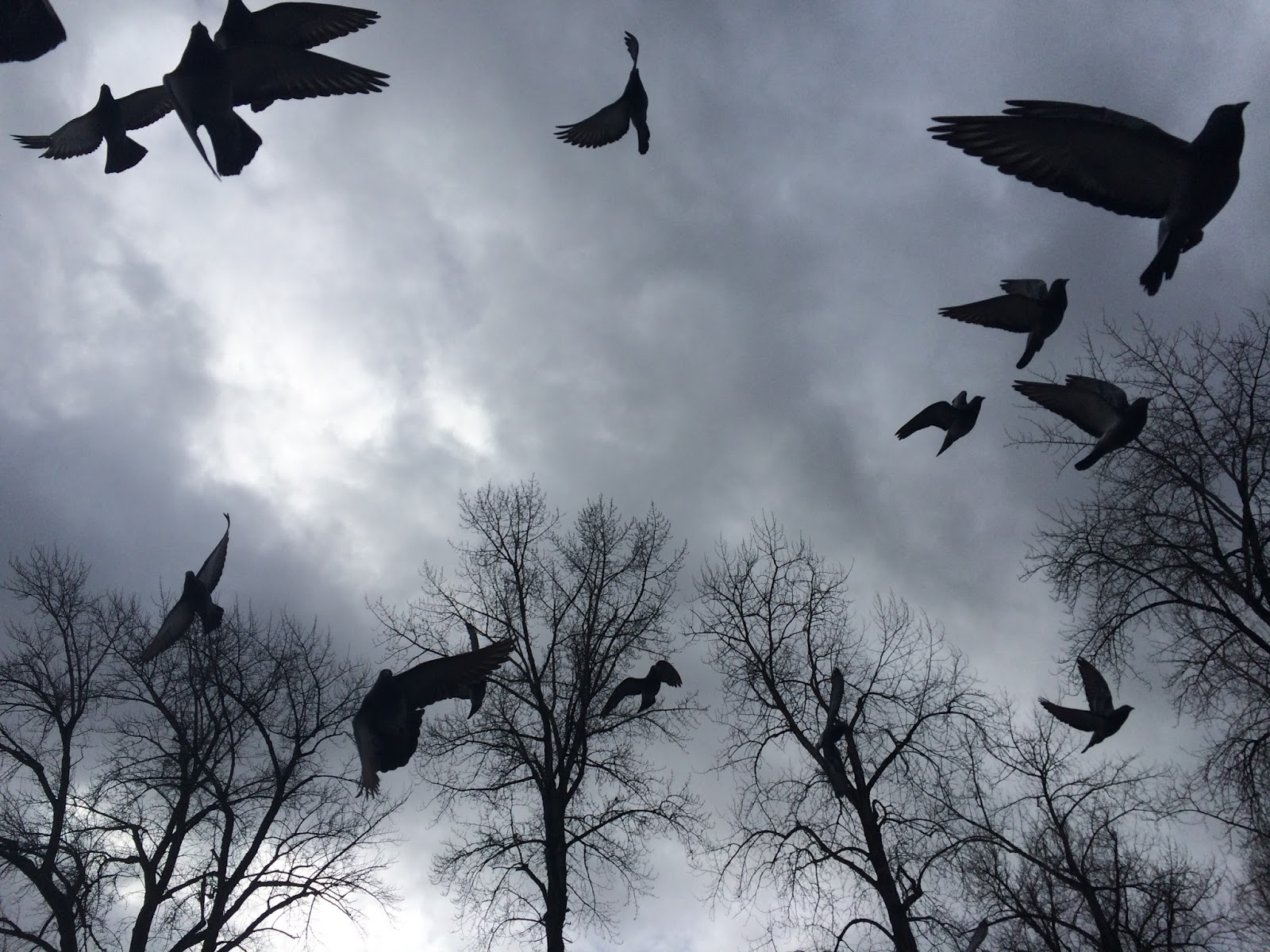 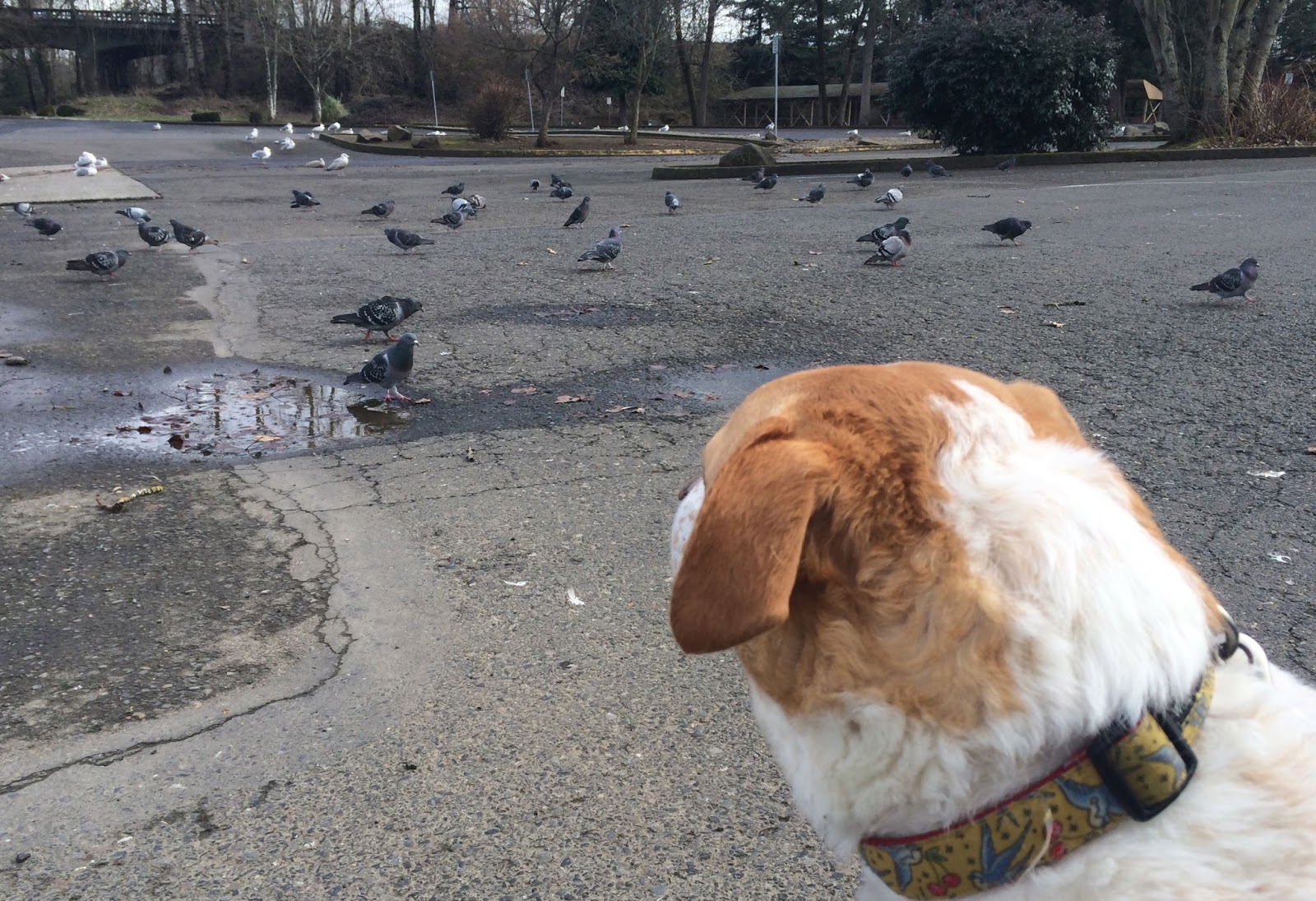 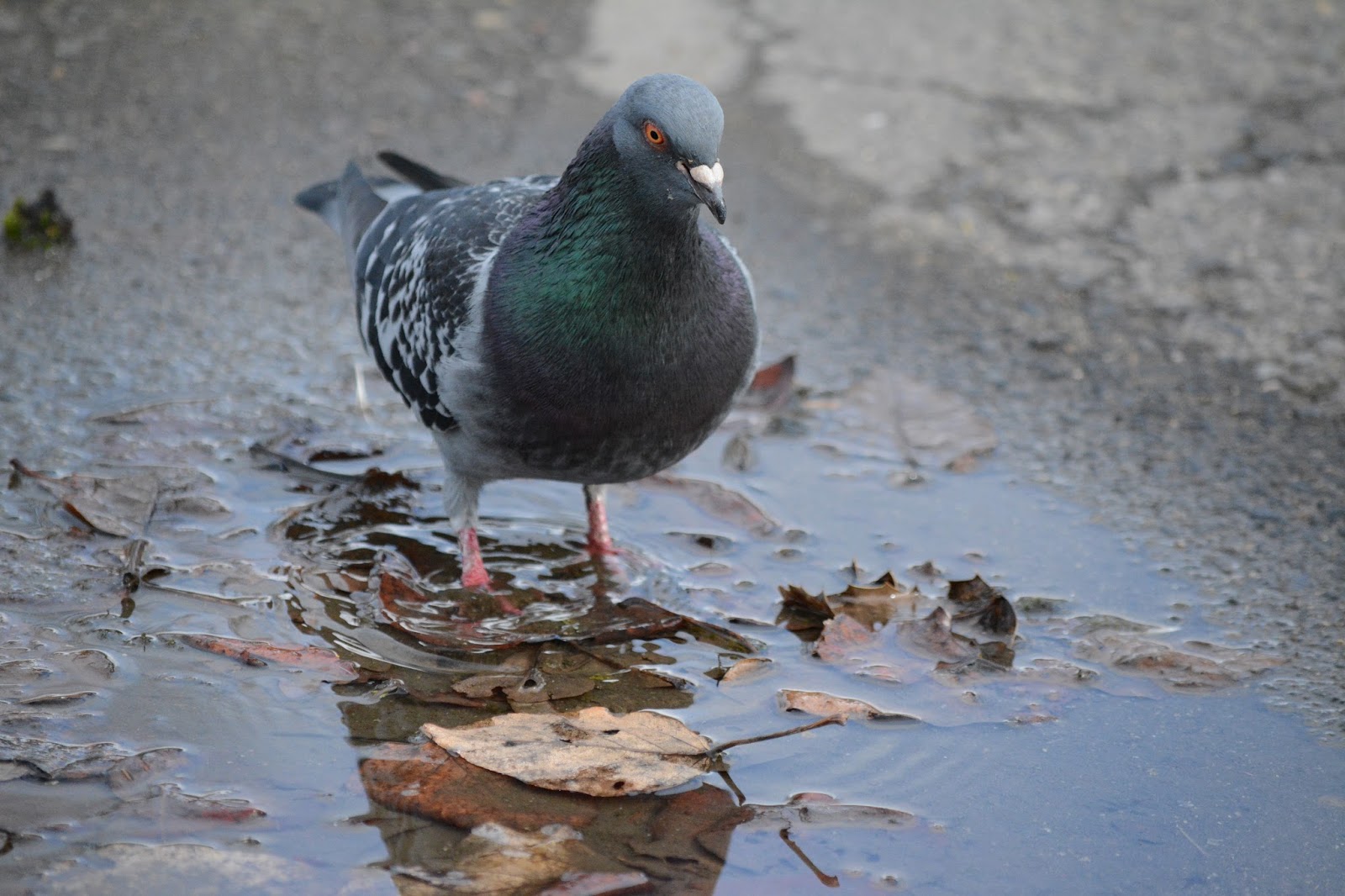 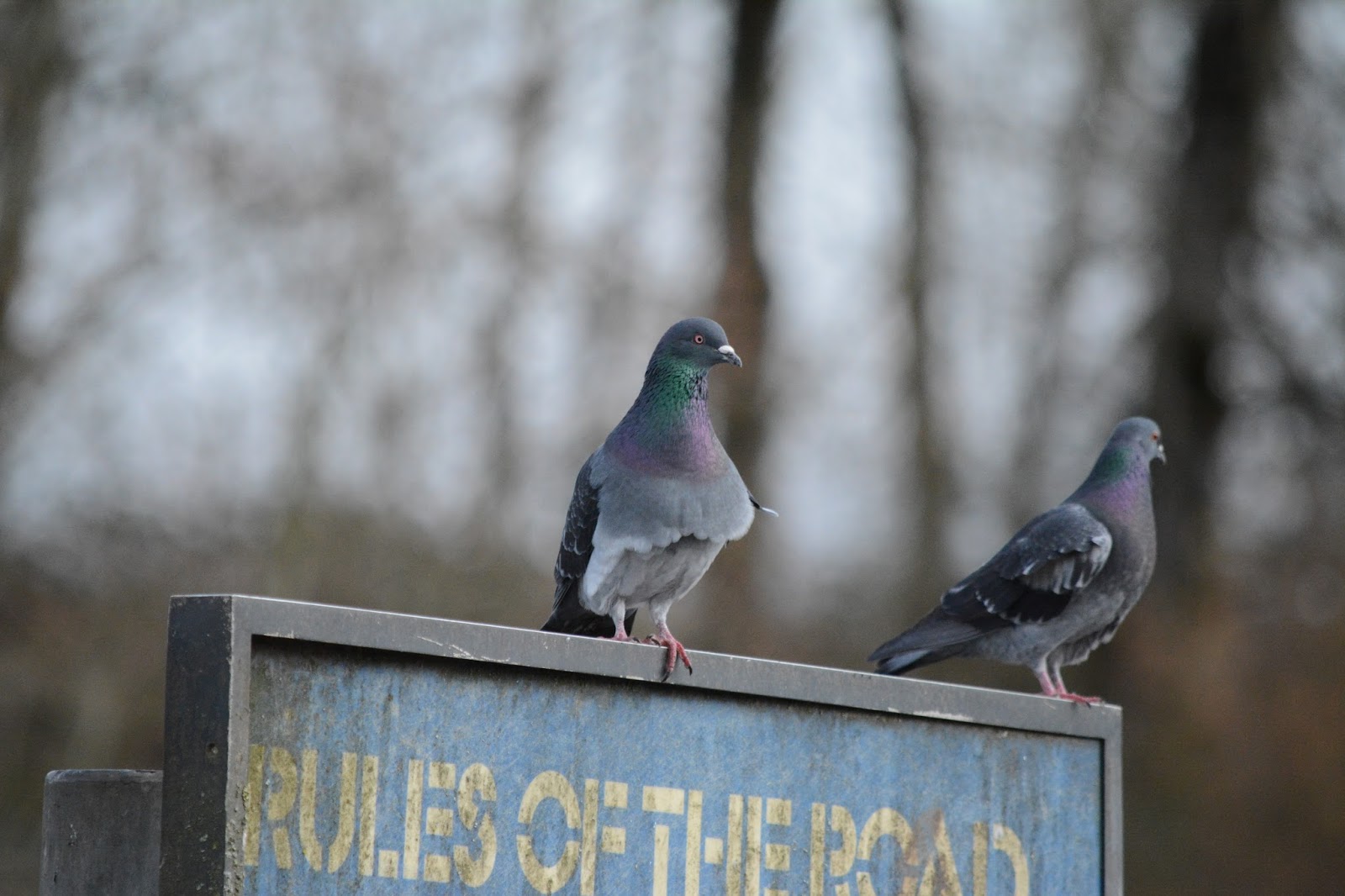 Pigeons!   What am I doing?  Why am I showing you pigeons???  Sorry.  Got carried away.  Here's a shot of the Clackamas River flooding at the park: 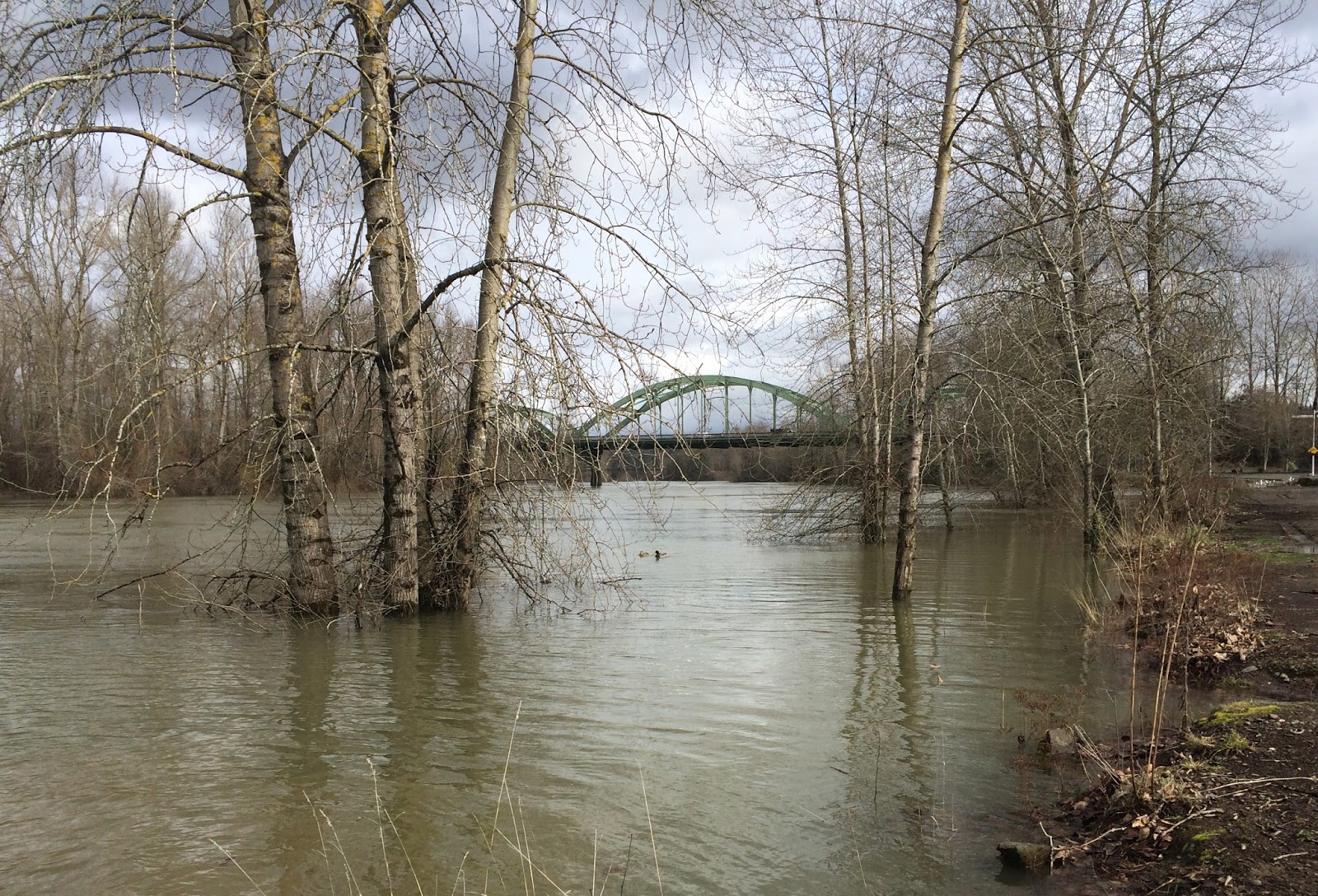 After Clackamette Park I went over to Meldrum Bar Park where I was treated to a new experience:  a weird duck three-way. 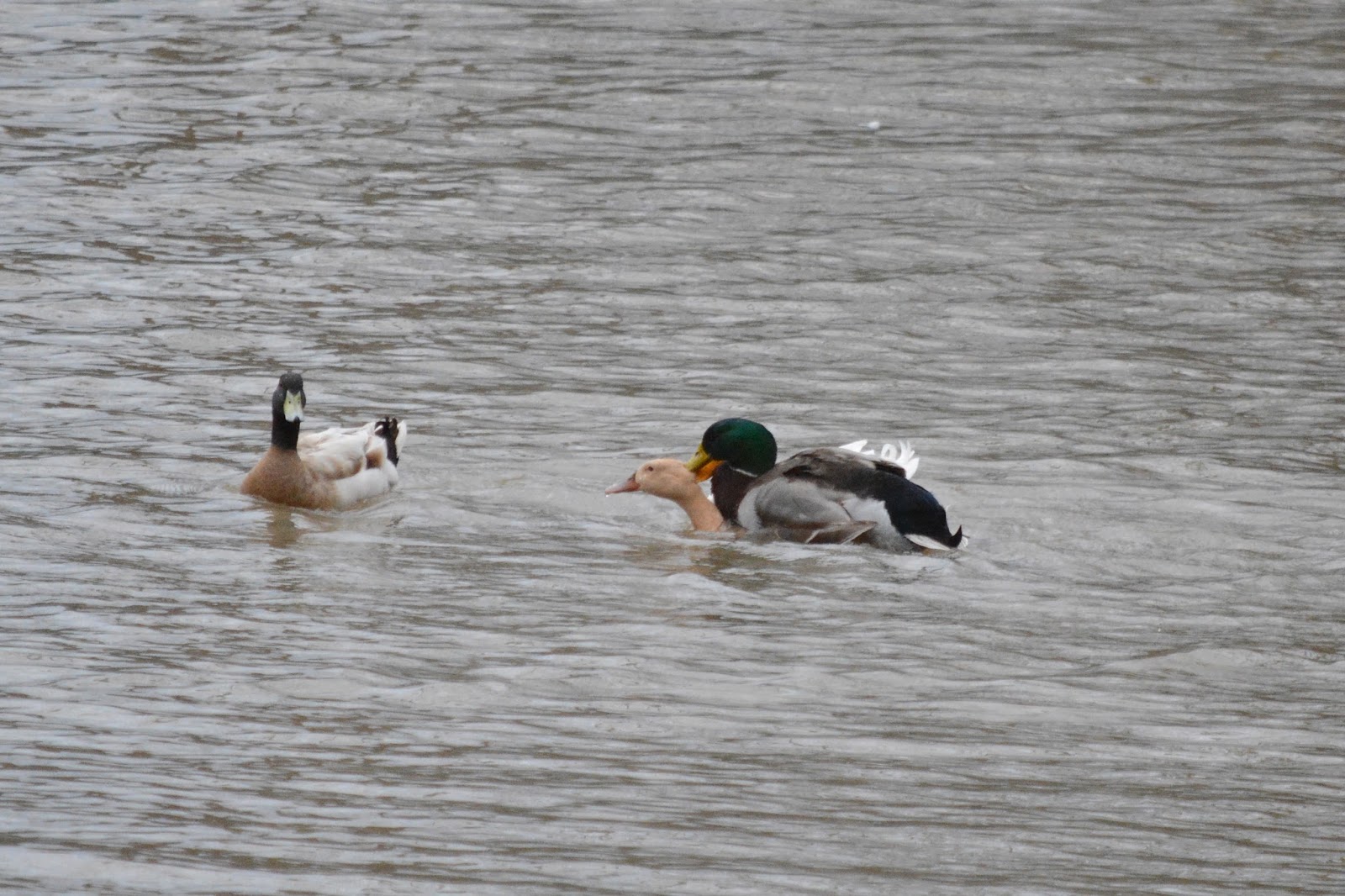 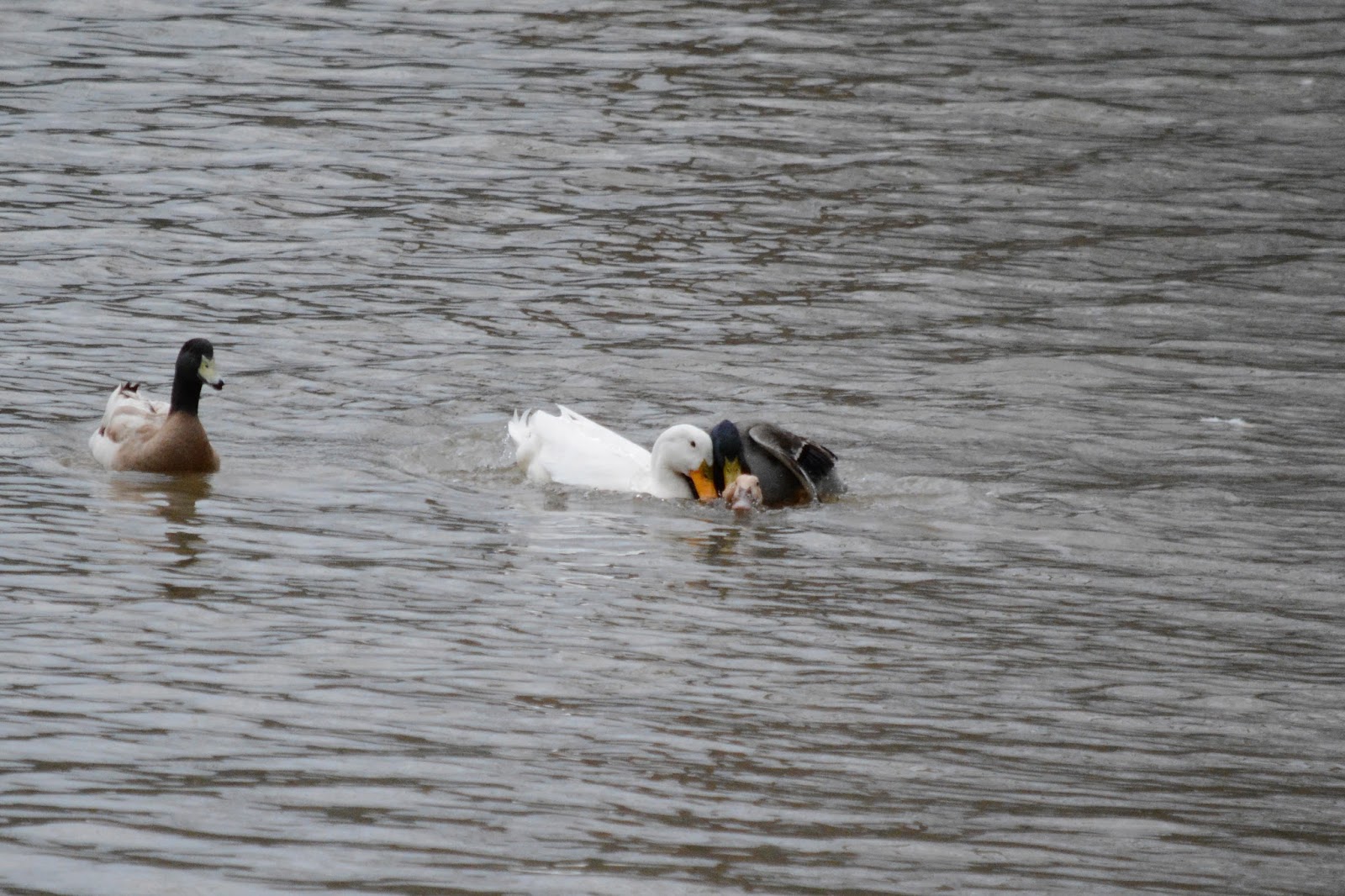 I'm a little hazy on the white duck's exact role in this sexscapade, but no one seemed bothered by it. 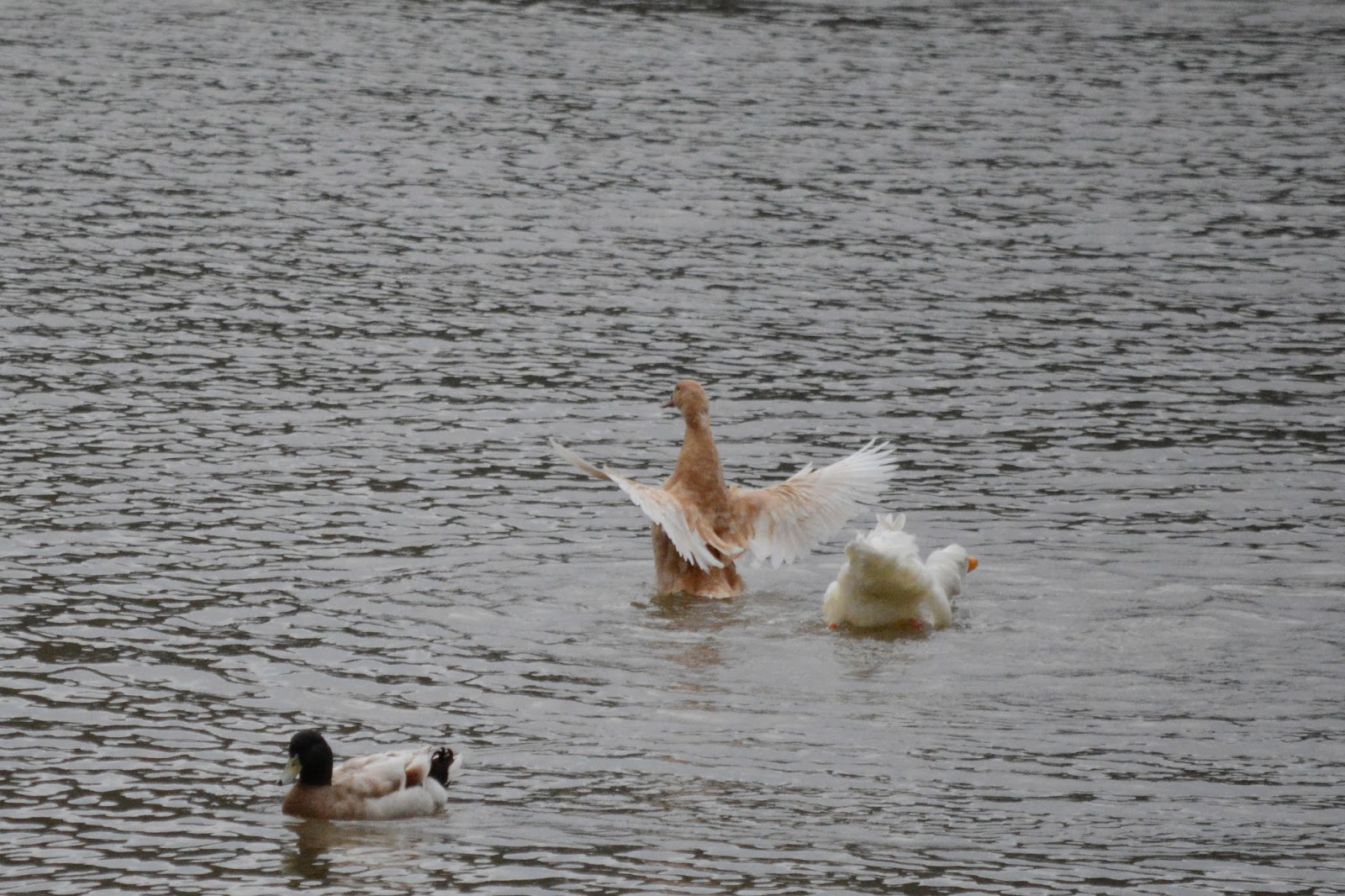 This park is a little odd- there's a muddy bmx course, a boat launch, some huge fields and community gardens, and a feral cat population that people leave food out for... 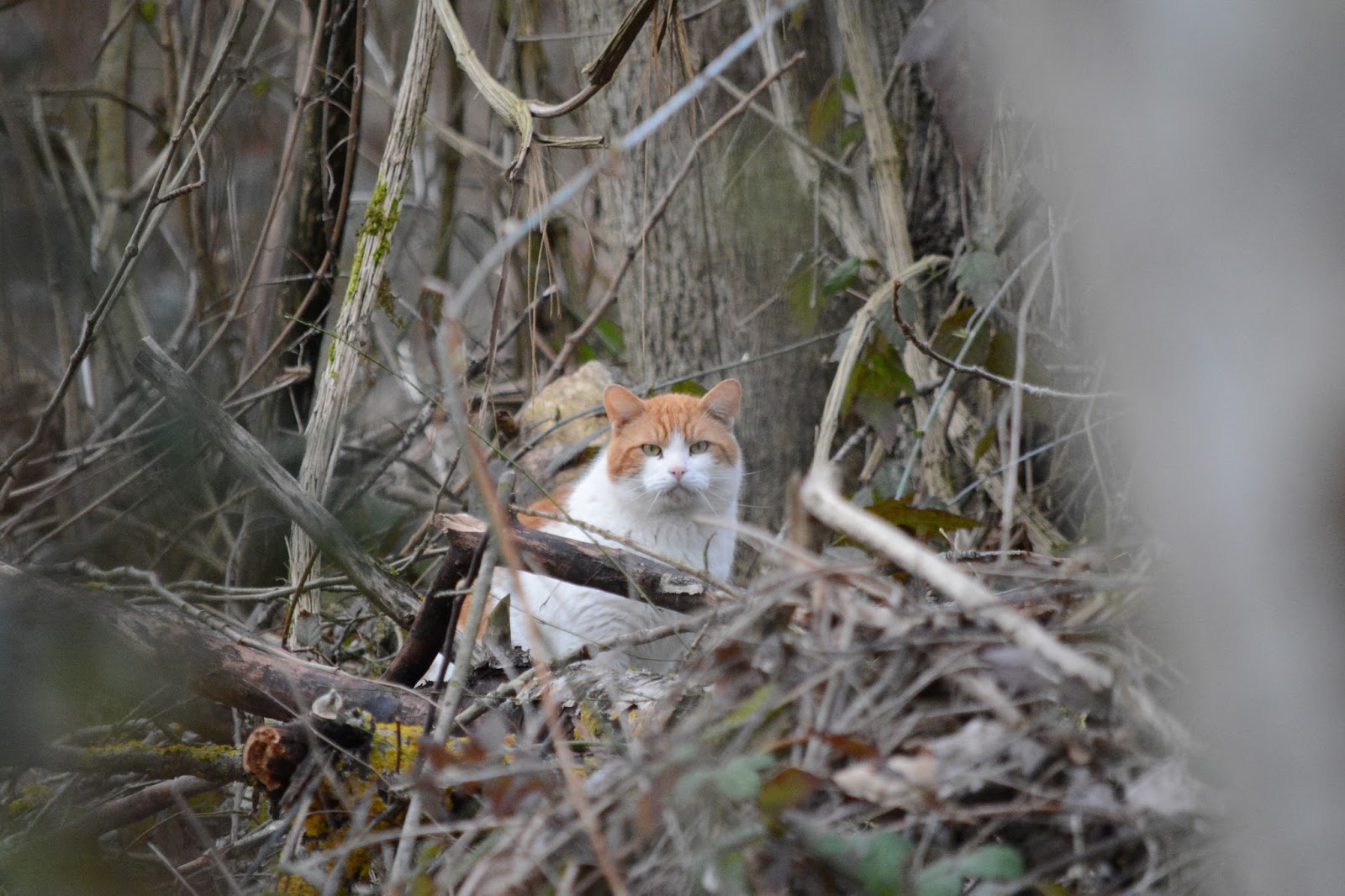 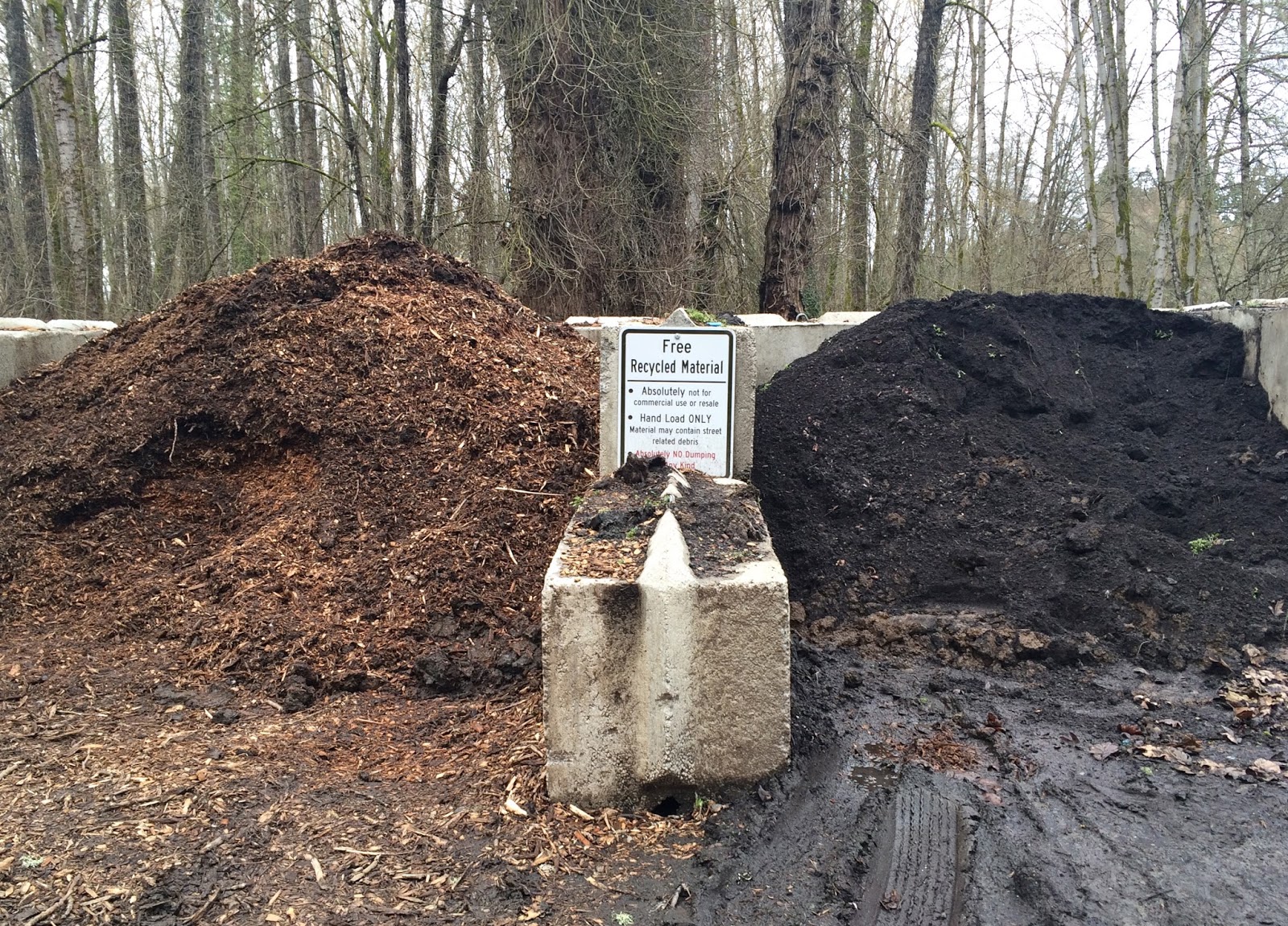 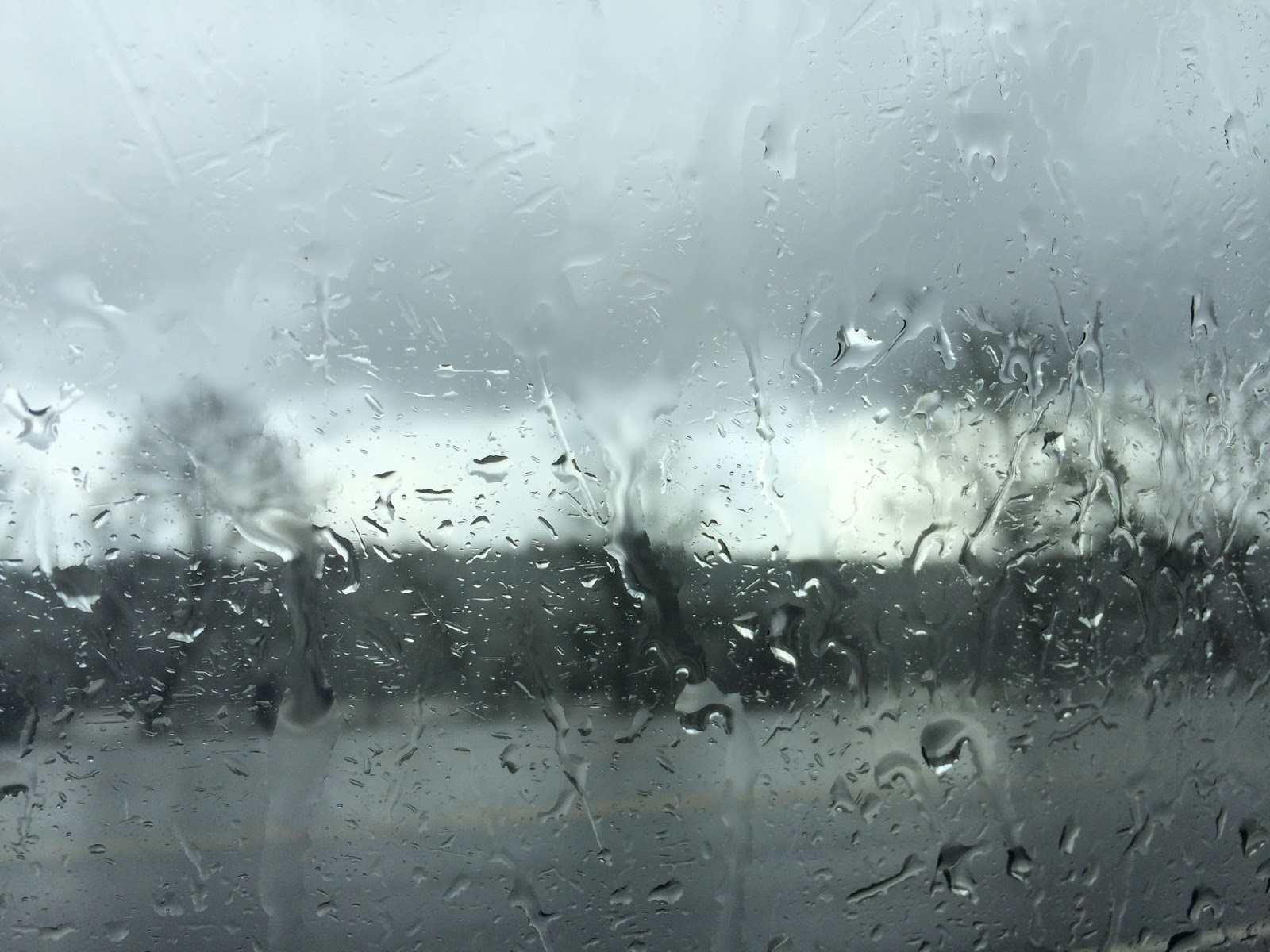