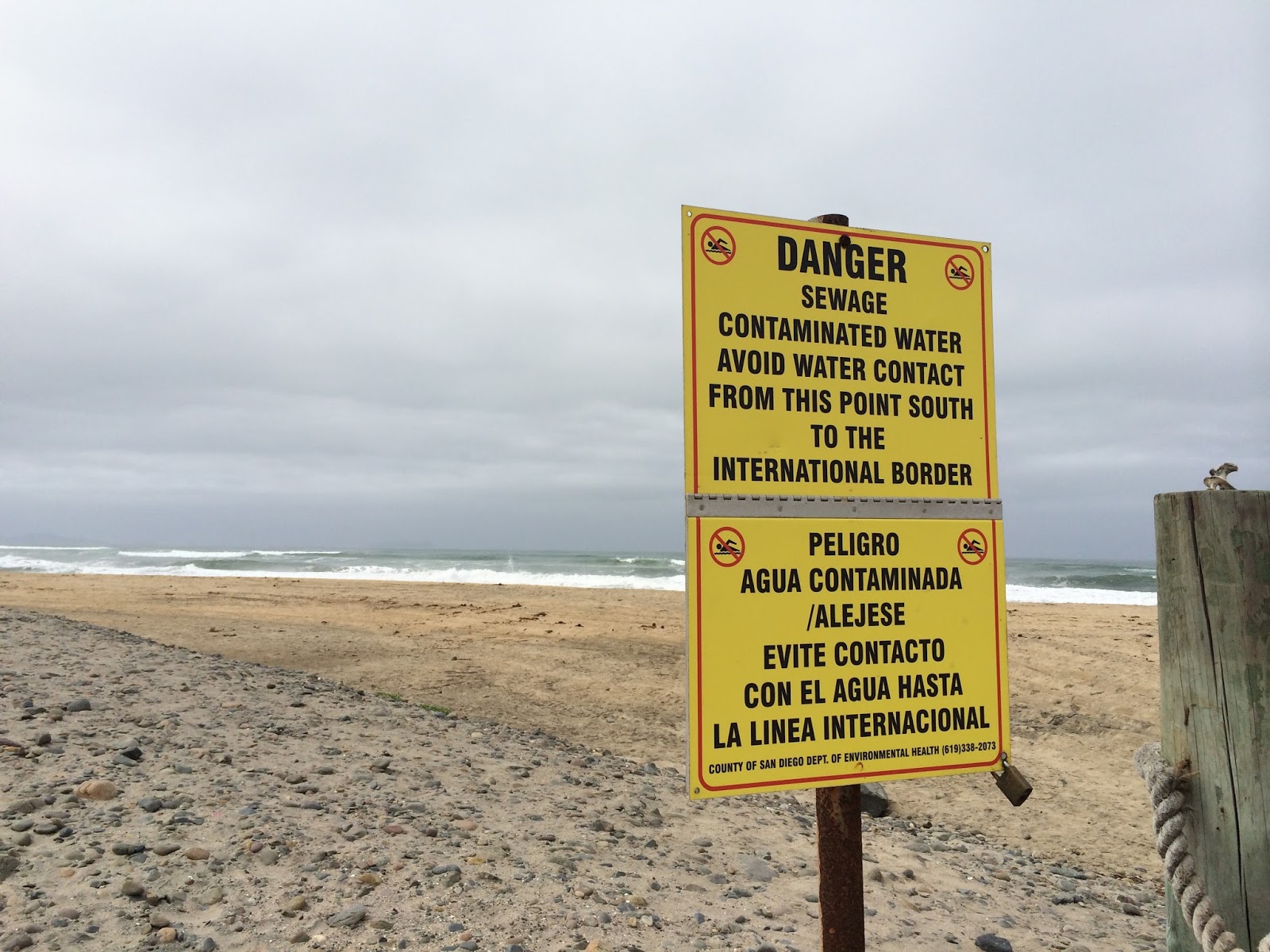 My second day in San Diego began with dropping my friend at work (sucka!), picking up a vegan breakfast sandwich from the cafe above the Ocean Beach co-op, and heading to Tijuana Slough NWR.  It's a loud spot with lots of helicopter action, more or less on the Mexico border.  But there are Clapper Rails there. 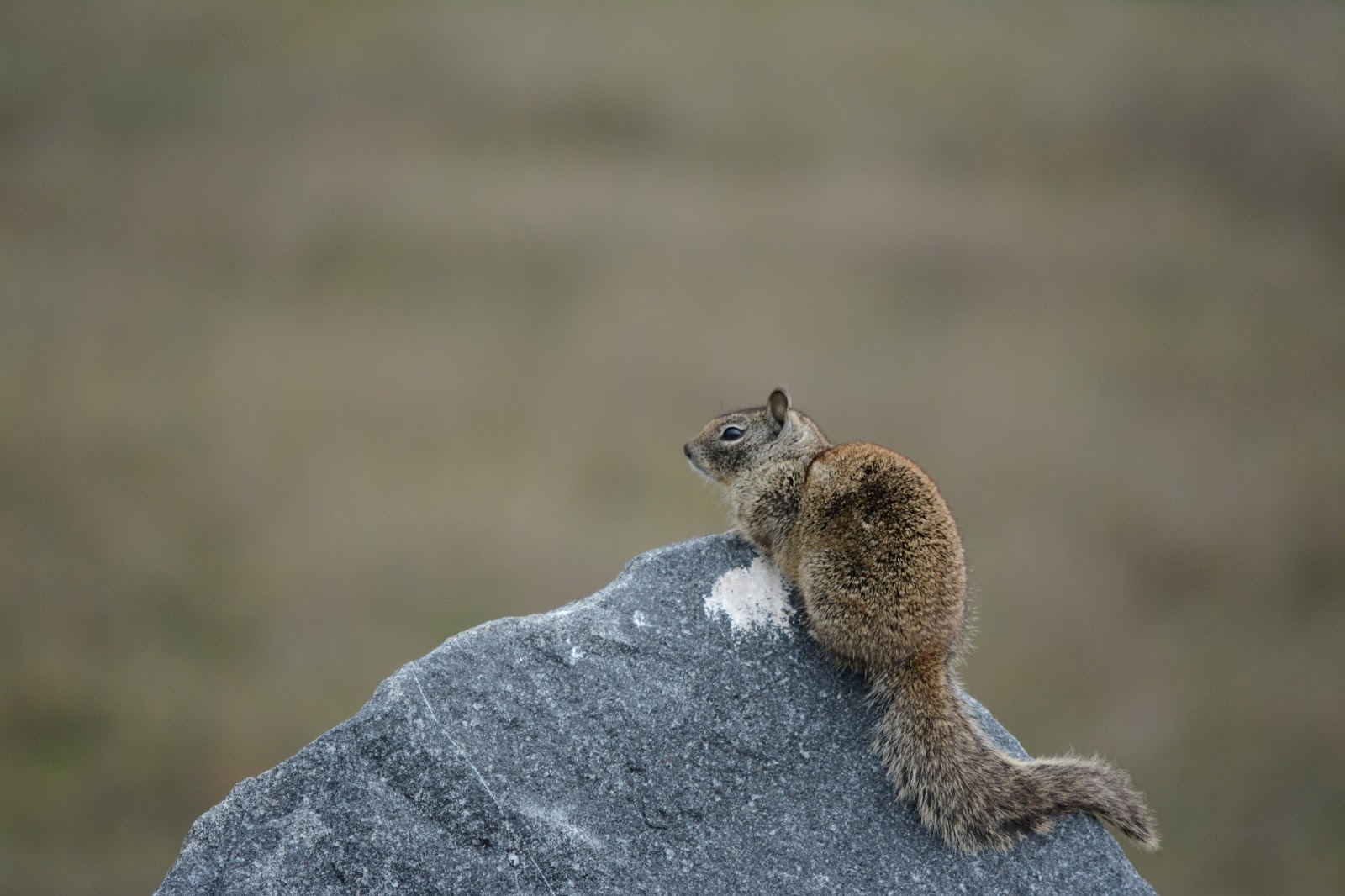 NOT a Clapper Rail

I found some great birds around, took terrible photos of said birds, and left without seeing a rail.  I headed over to the Dairy Mart Road ponds to see what all the fuss was about there. 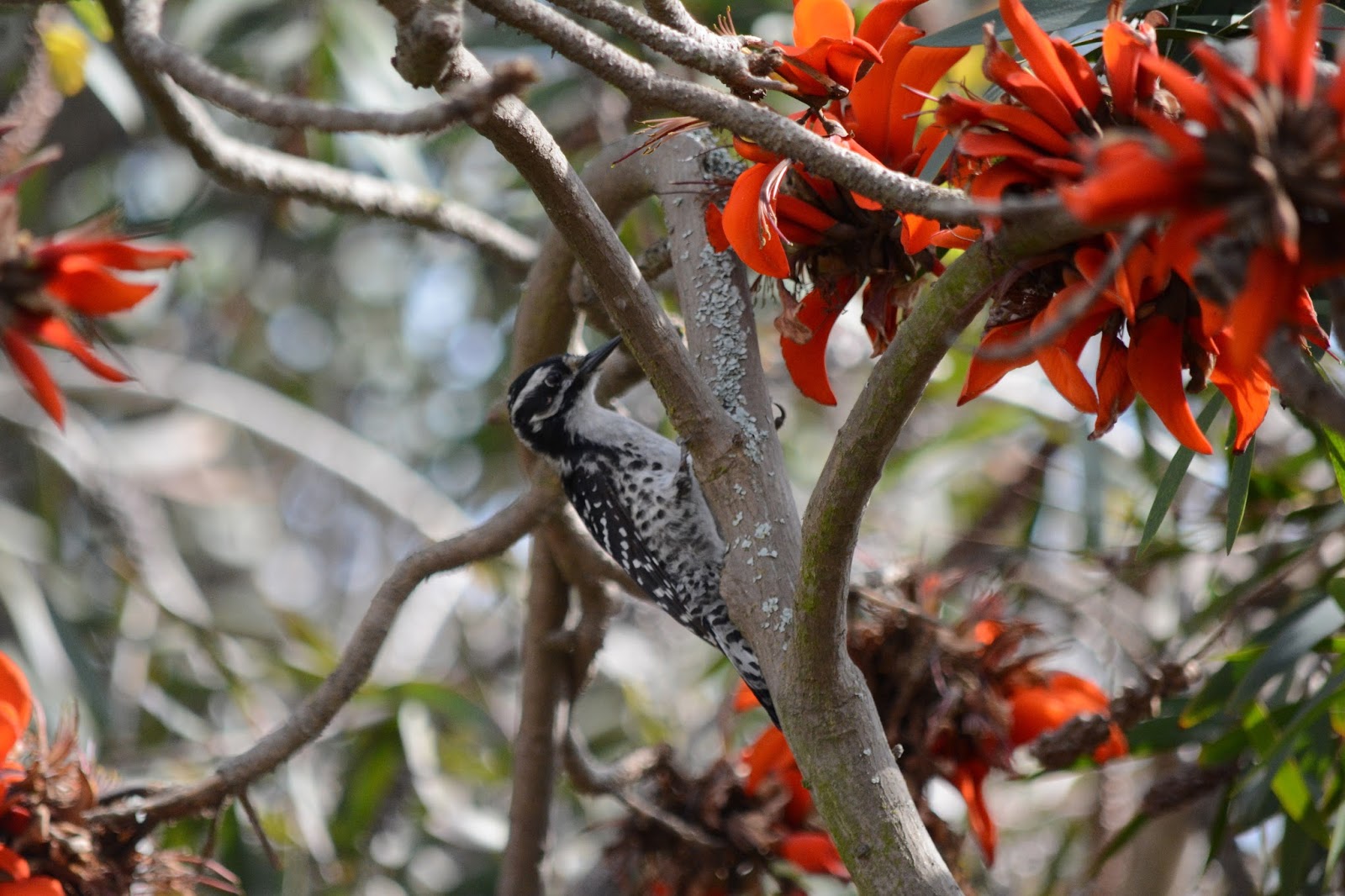 This spot was very productive bird-wise, but not so much photo-wise.  A couple of Nuttall's were all that wanted to pose without fifty branches in the way.  I met a couple there from Vancouver (WA or BC, I'm not sure) who had seen "lots" of Clapper Rails at Tijuana Slough that morning.  Curses!  So after a quick Taco Bell break (just two miles from the Mexico border- so wrong!) I went back over to the TJS NWR. 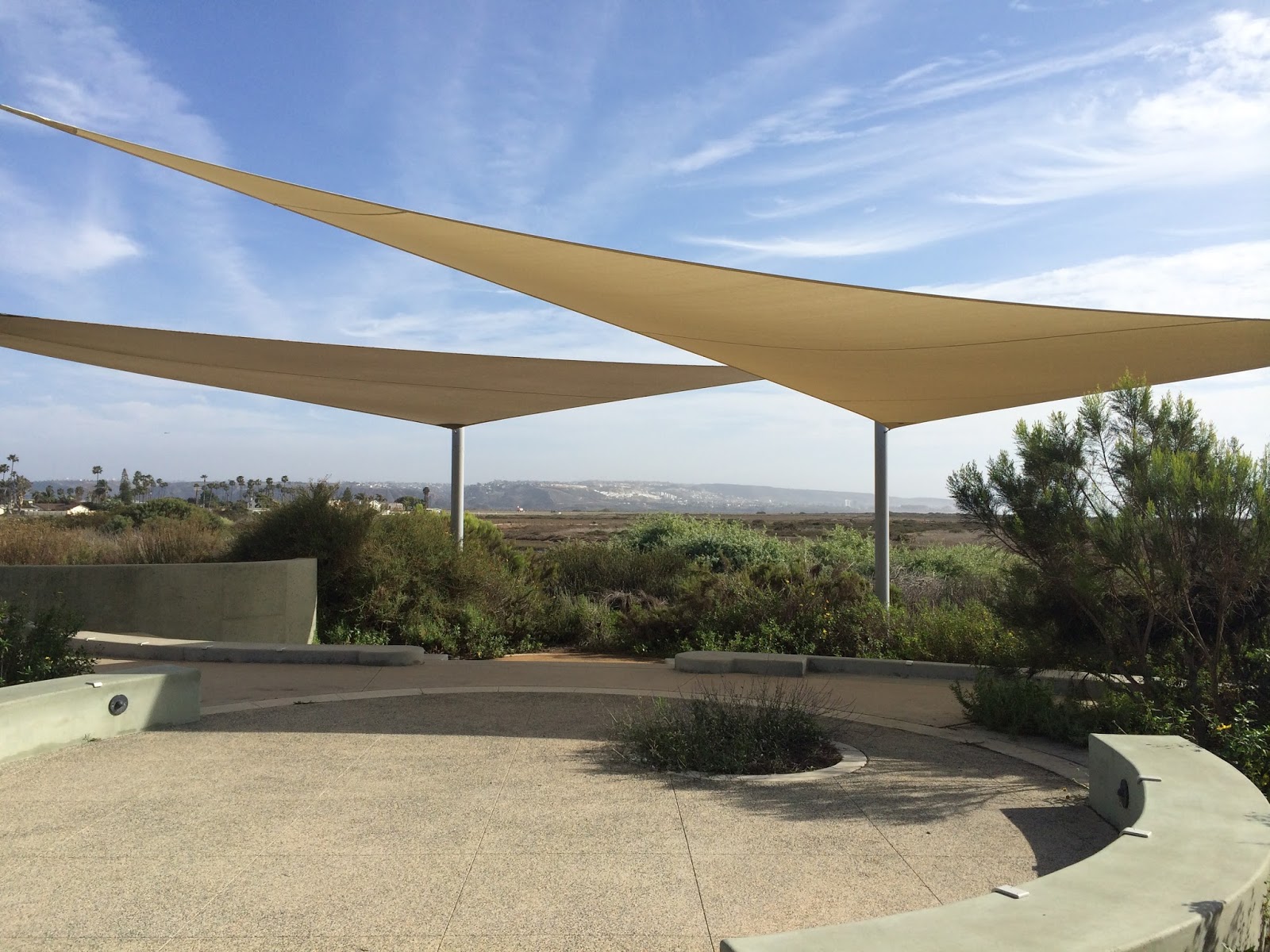 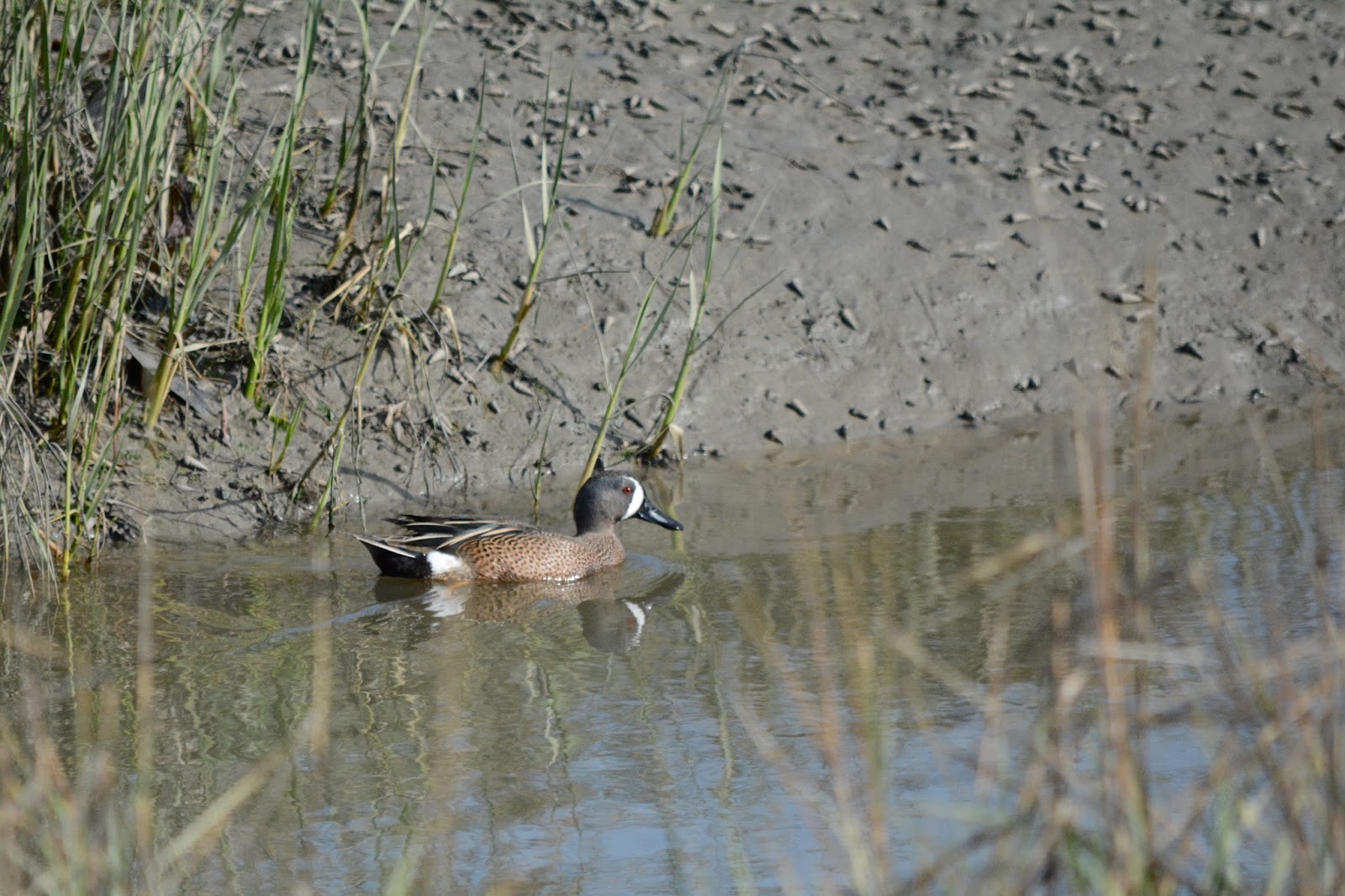 I saw the most Blue-winged Teals I've ever seen together (four), a Northern Harrier doing display dives (sky dancing, I believe it is called), and zero Clapper Rails.  I threw in the towel and headed over to pick up my friend from work (a hard day of riding go-karts).  We decided there was time for more birding before dinner and headed to Famosa Slough. 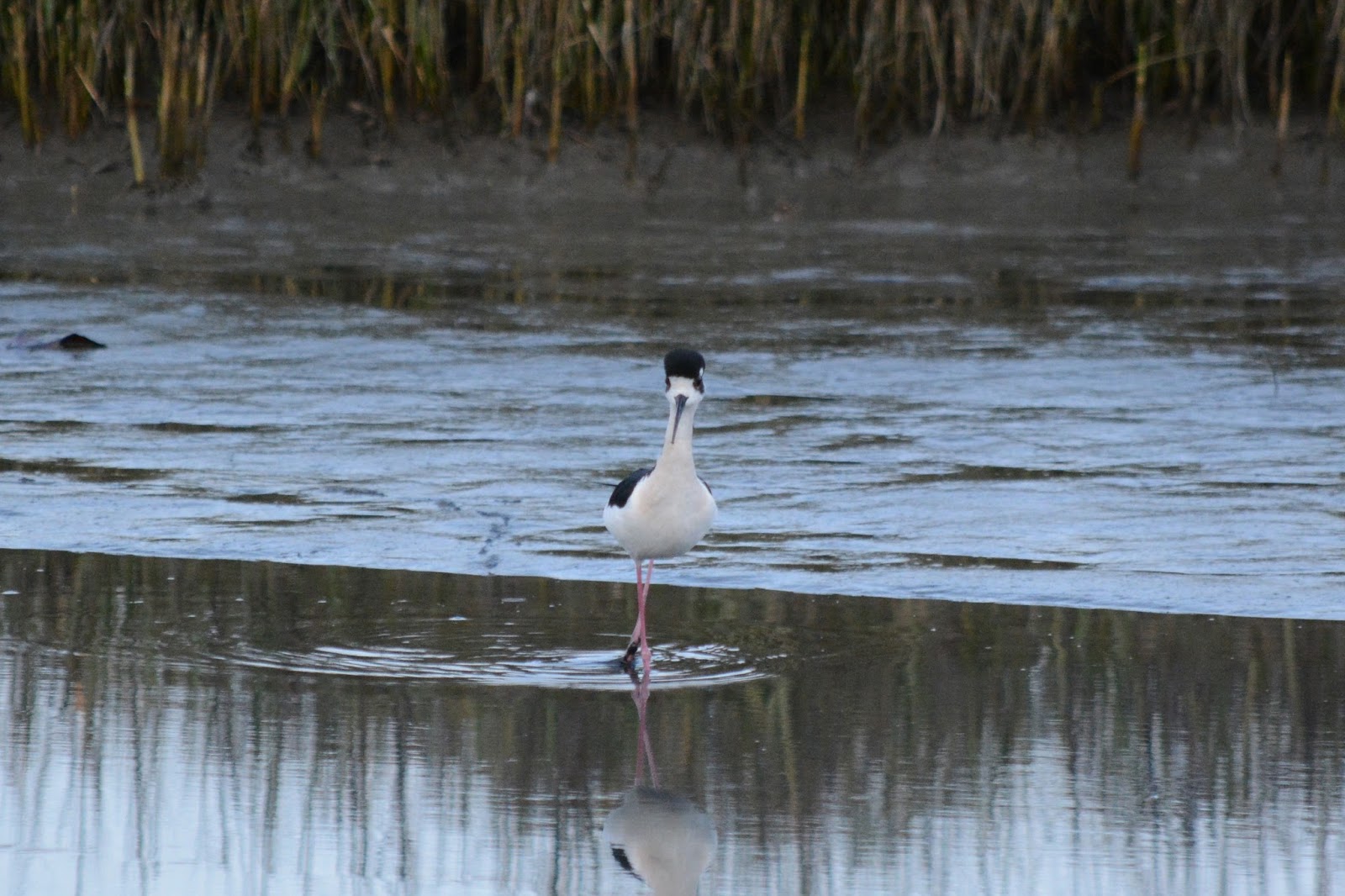 We walked along the water to the channel on the north side of the road.  I was trying to get a decent photo of a Little Blue Heron when my friend said "hey what's that brown bird?"  How she even saw this brown bird is beyond my comprehension.   But there it was, a freakin Clapper Rail. 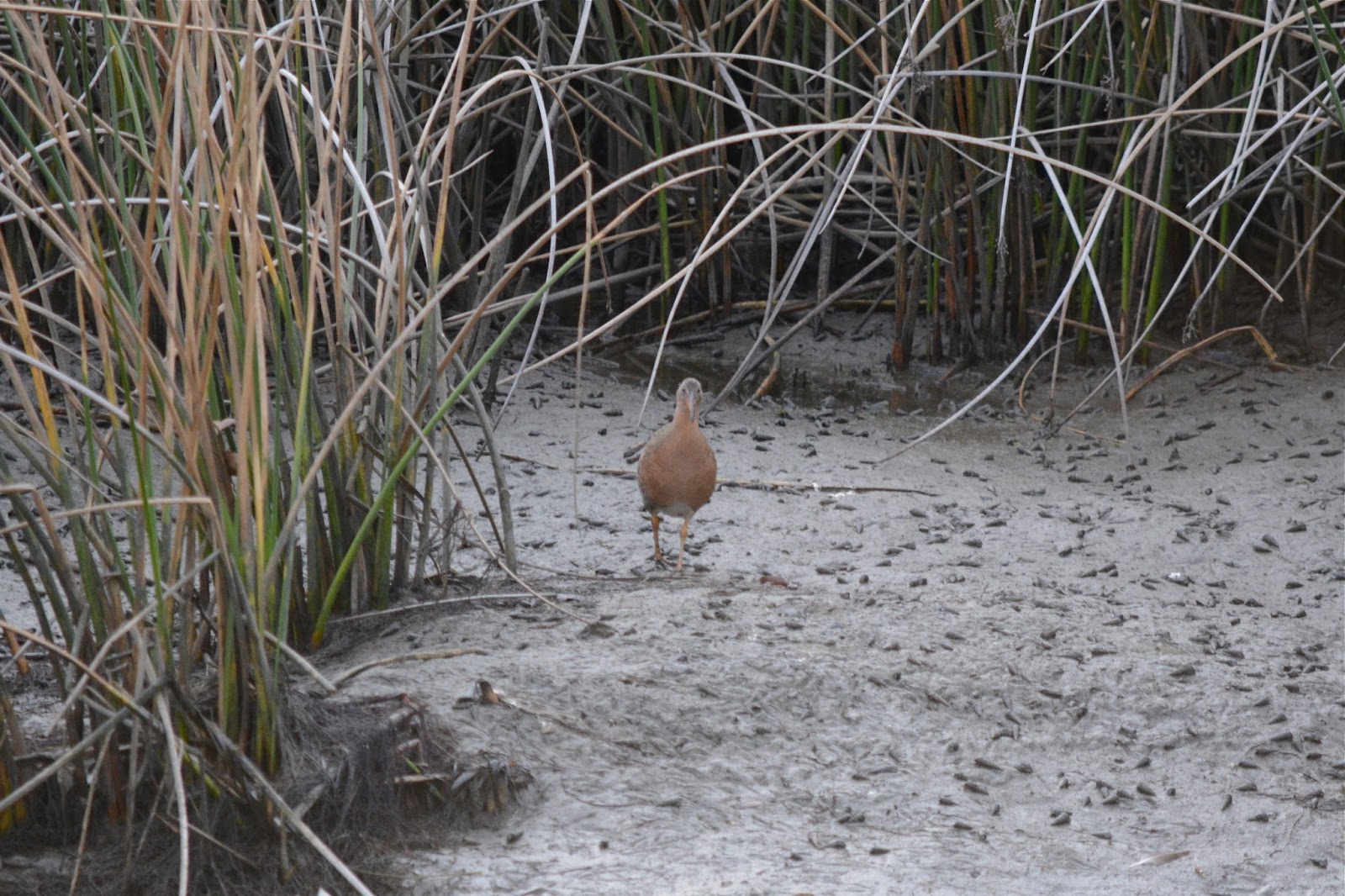 We looked at each other for awhile before the he turned around and walked back into the grass, in true rail style.  Later on my friend noticed it had come out again... 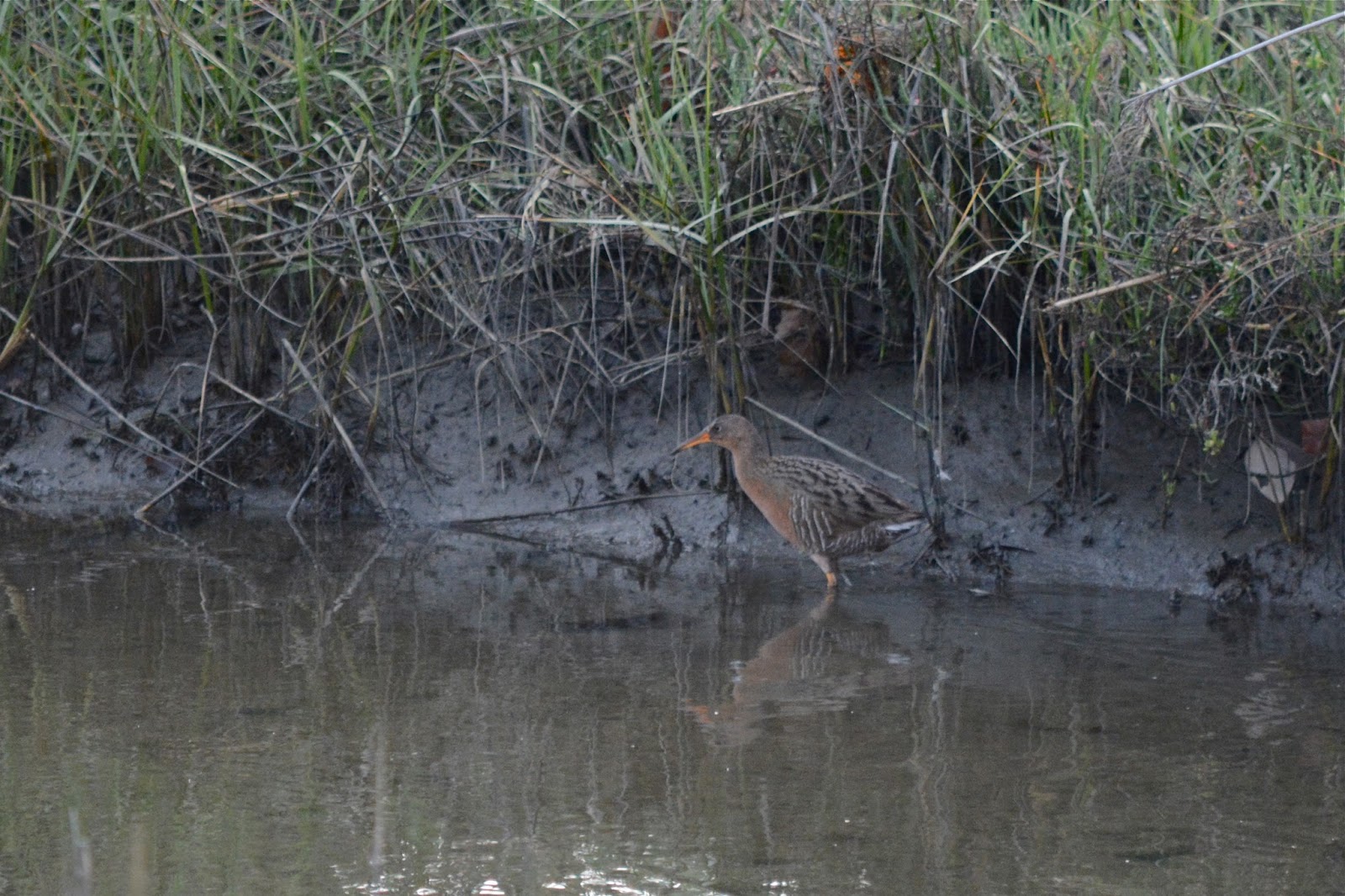 After getting all excited about this life bird I started to fear it was just a tall Virginia Rail, but thankfully Seagull Steve confirmed and I was able to rest easy.  Some more birds from Famosa: 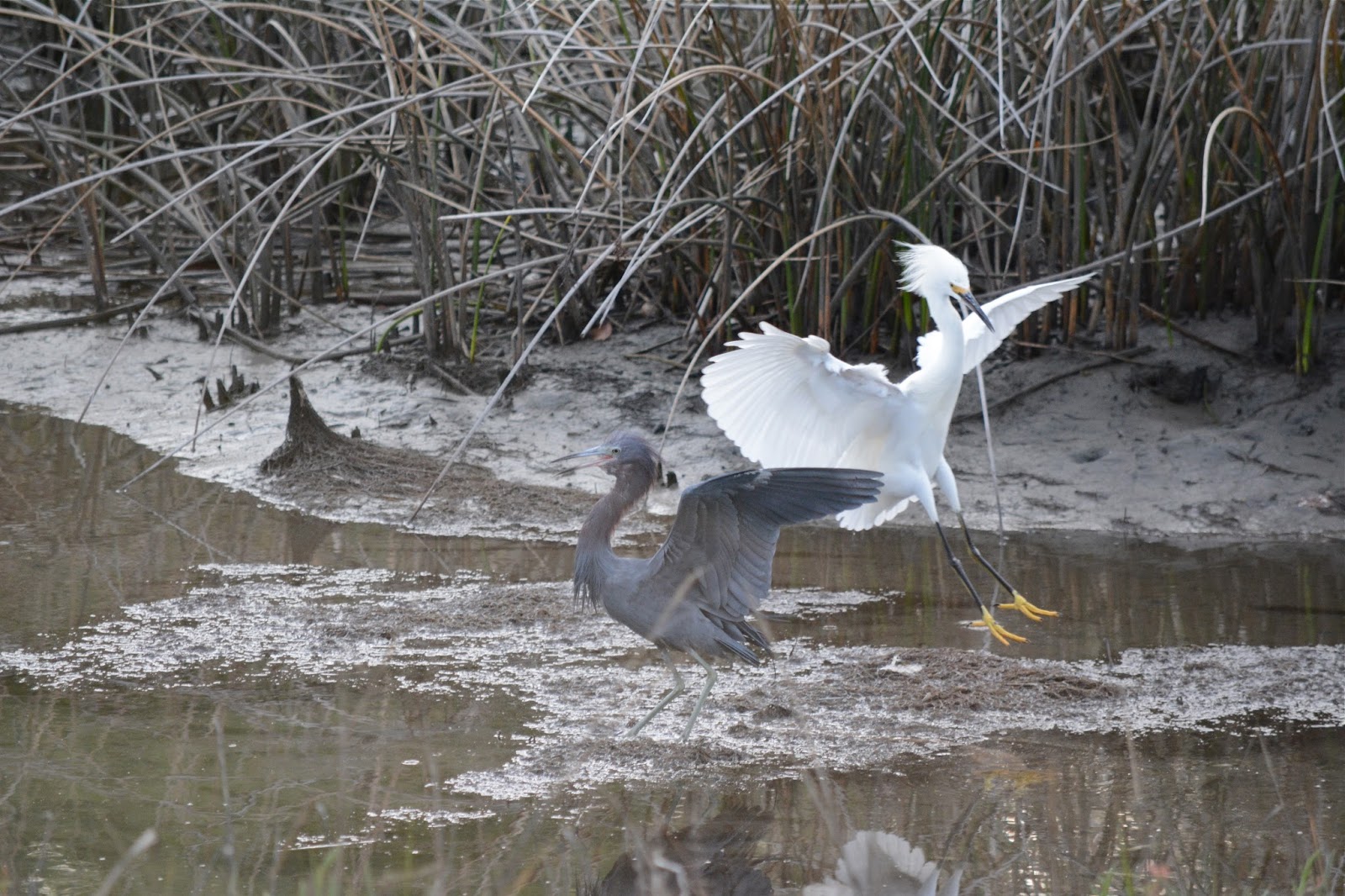 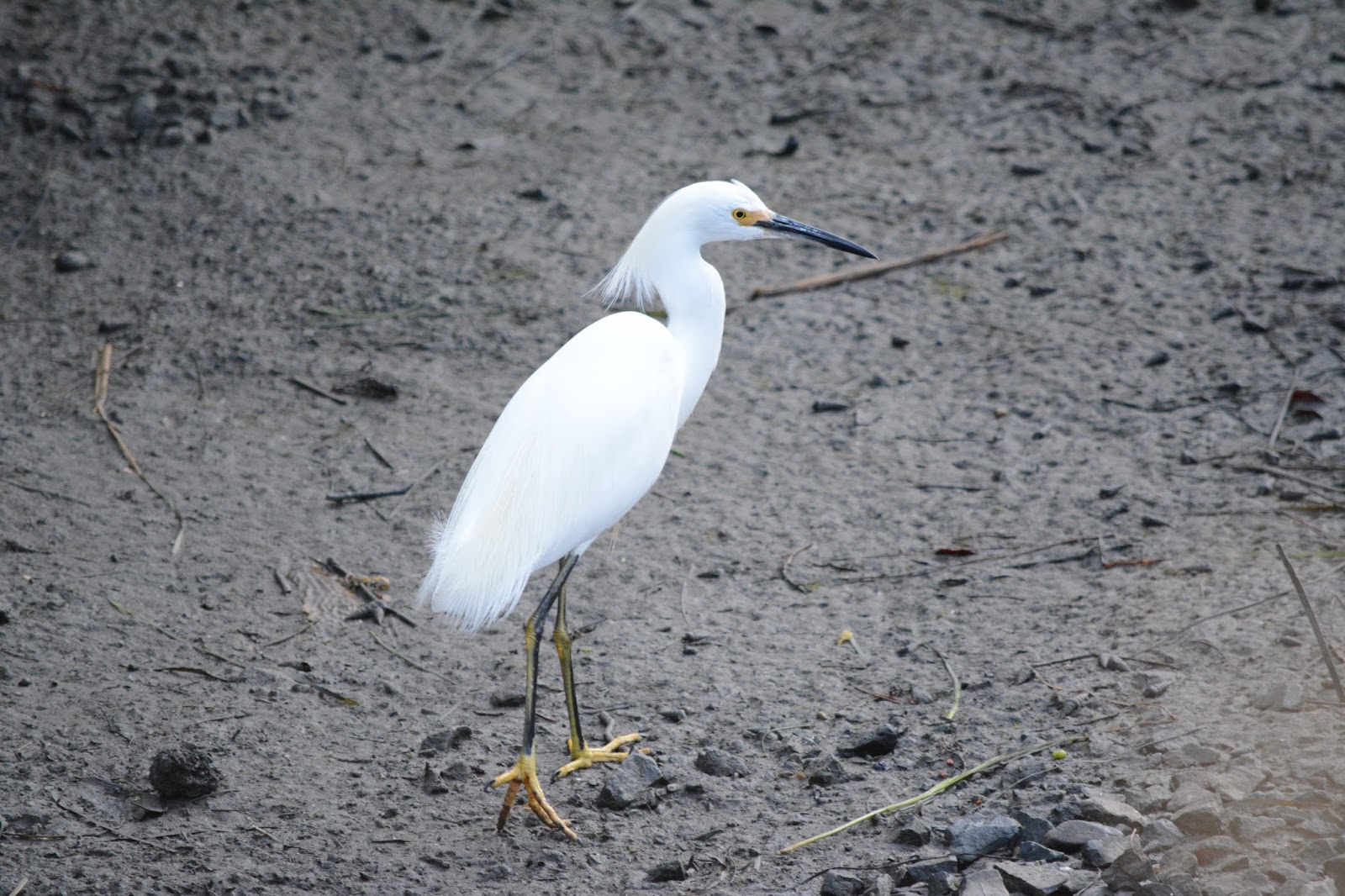 This was actually my first time seeing parrots.  It's weird. 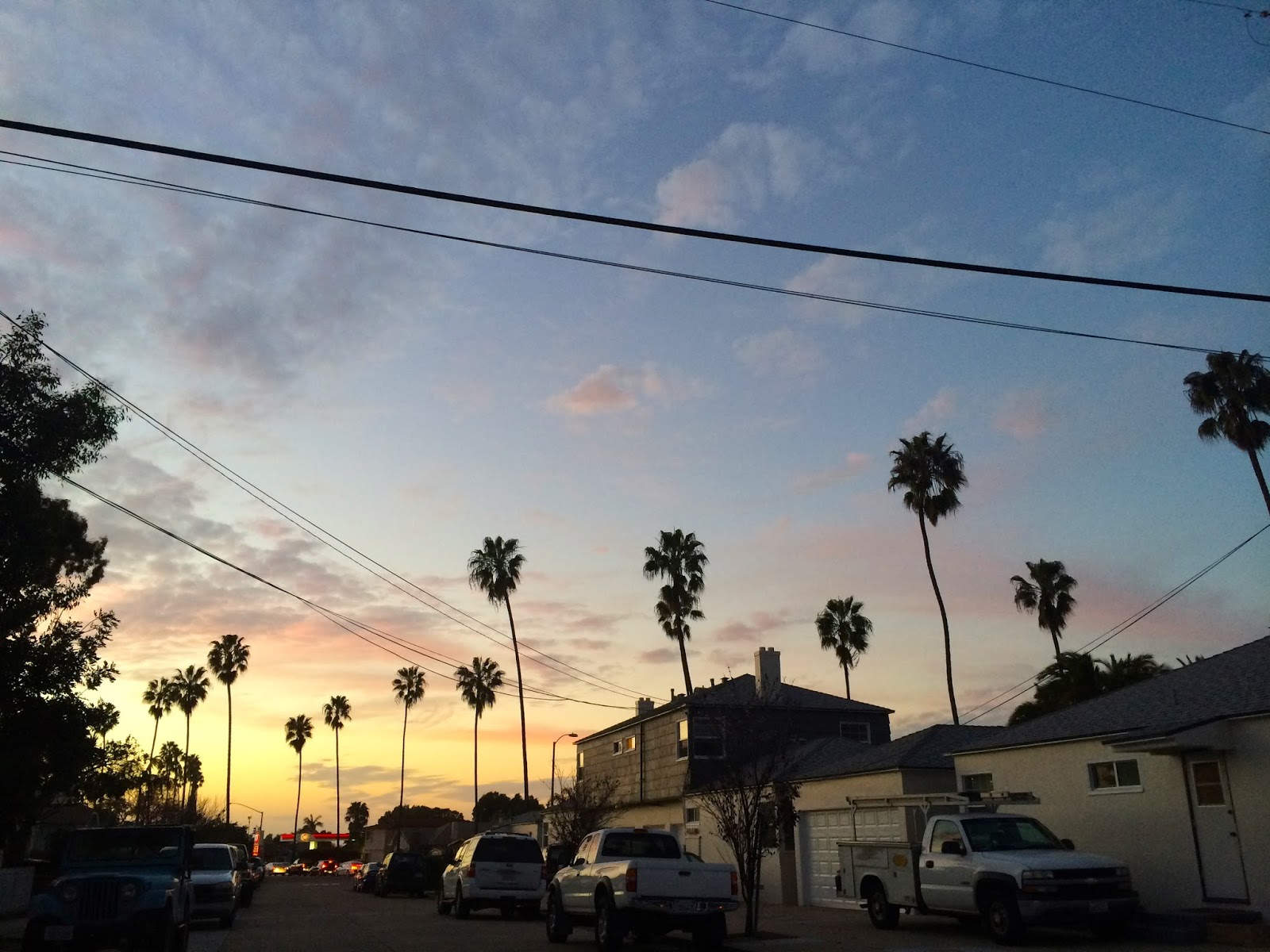 Now I'm going to briefly skip ahead in my trip to my last hour or so in San Diego.  I stopped by the San Diego River to try one last time for Black Skimmers.  No dice, but some other good birds... 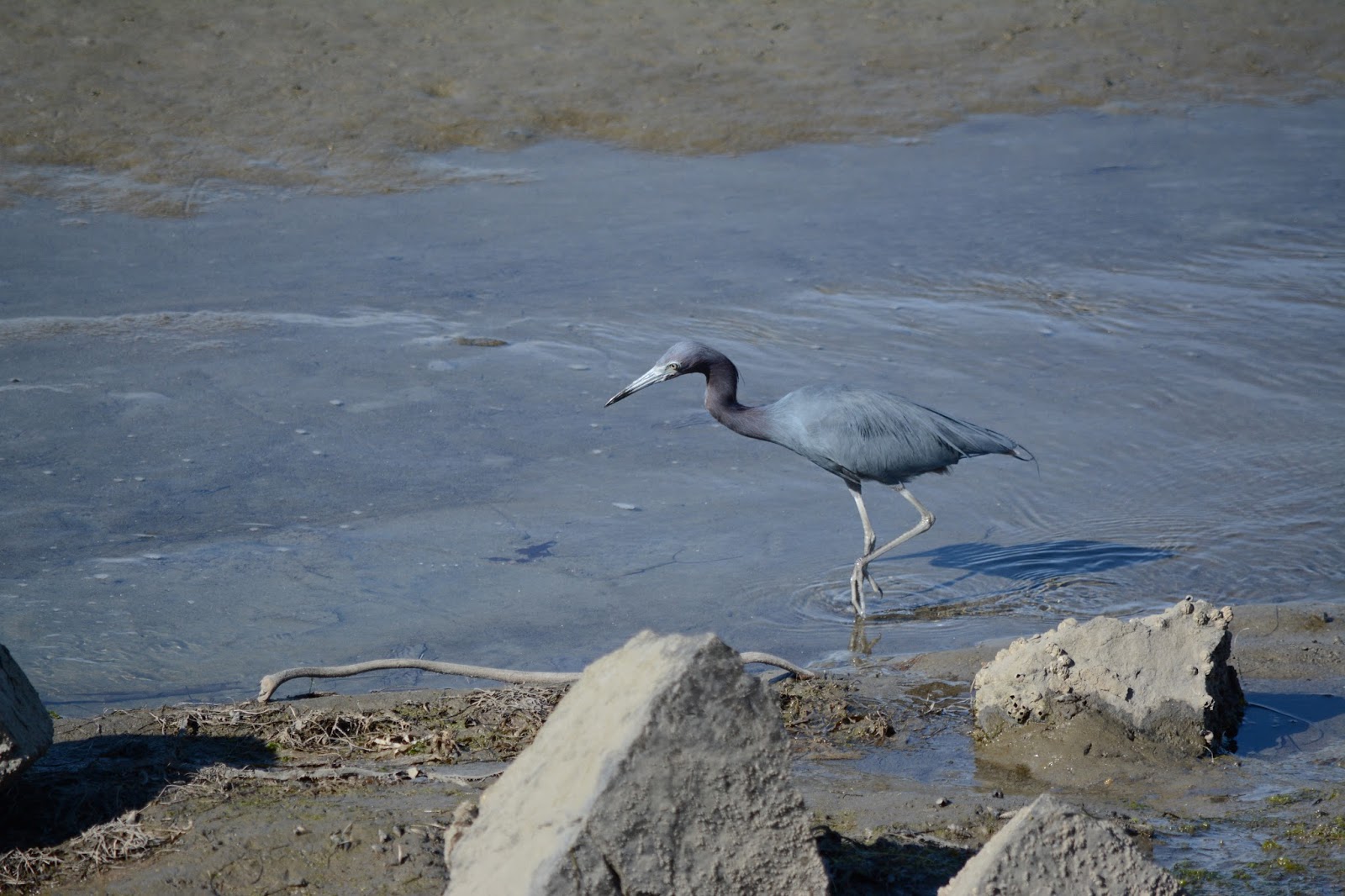 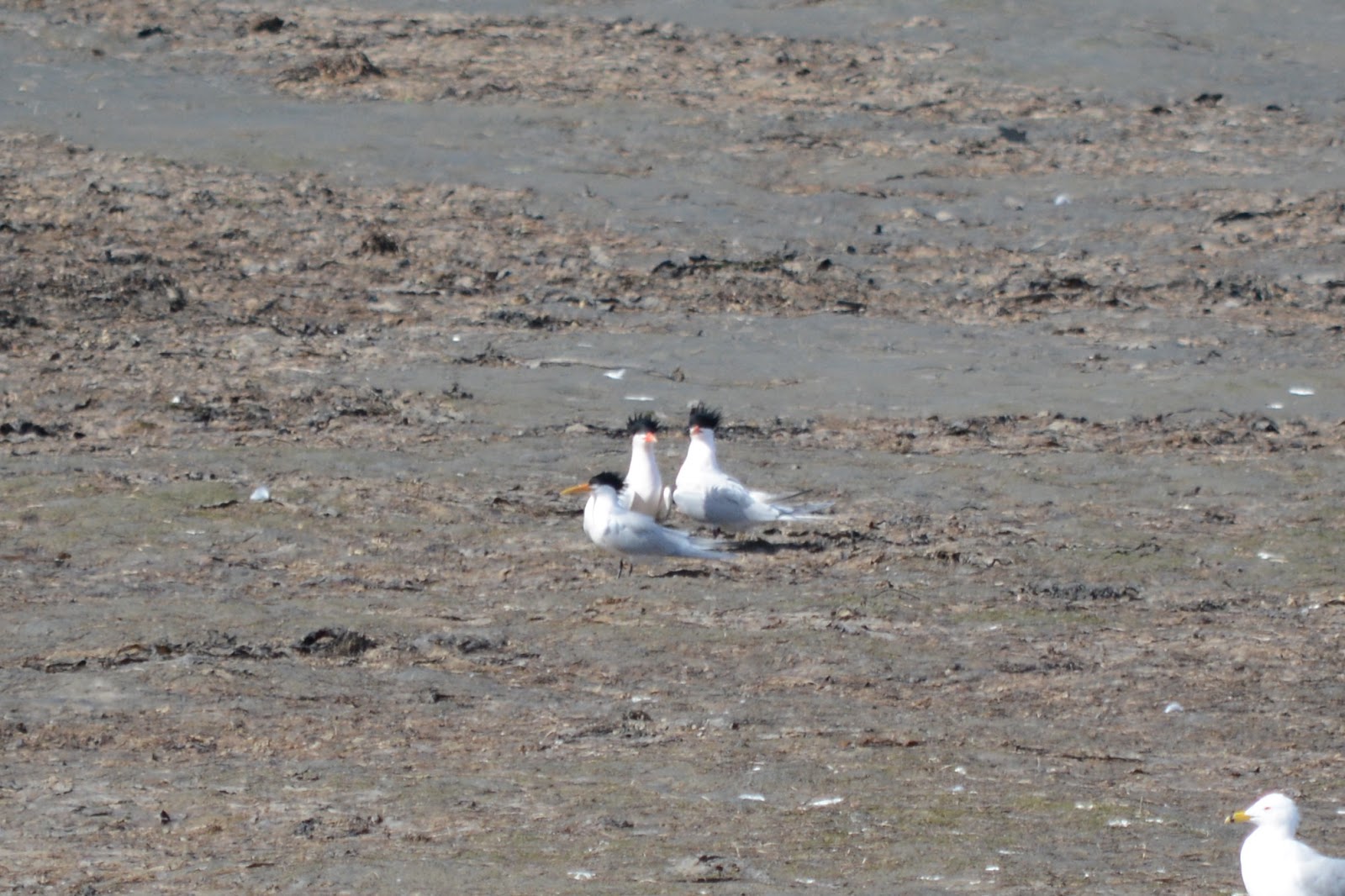 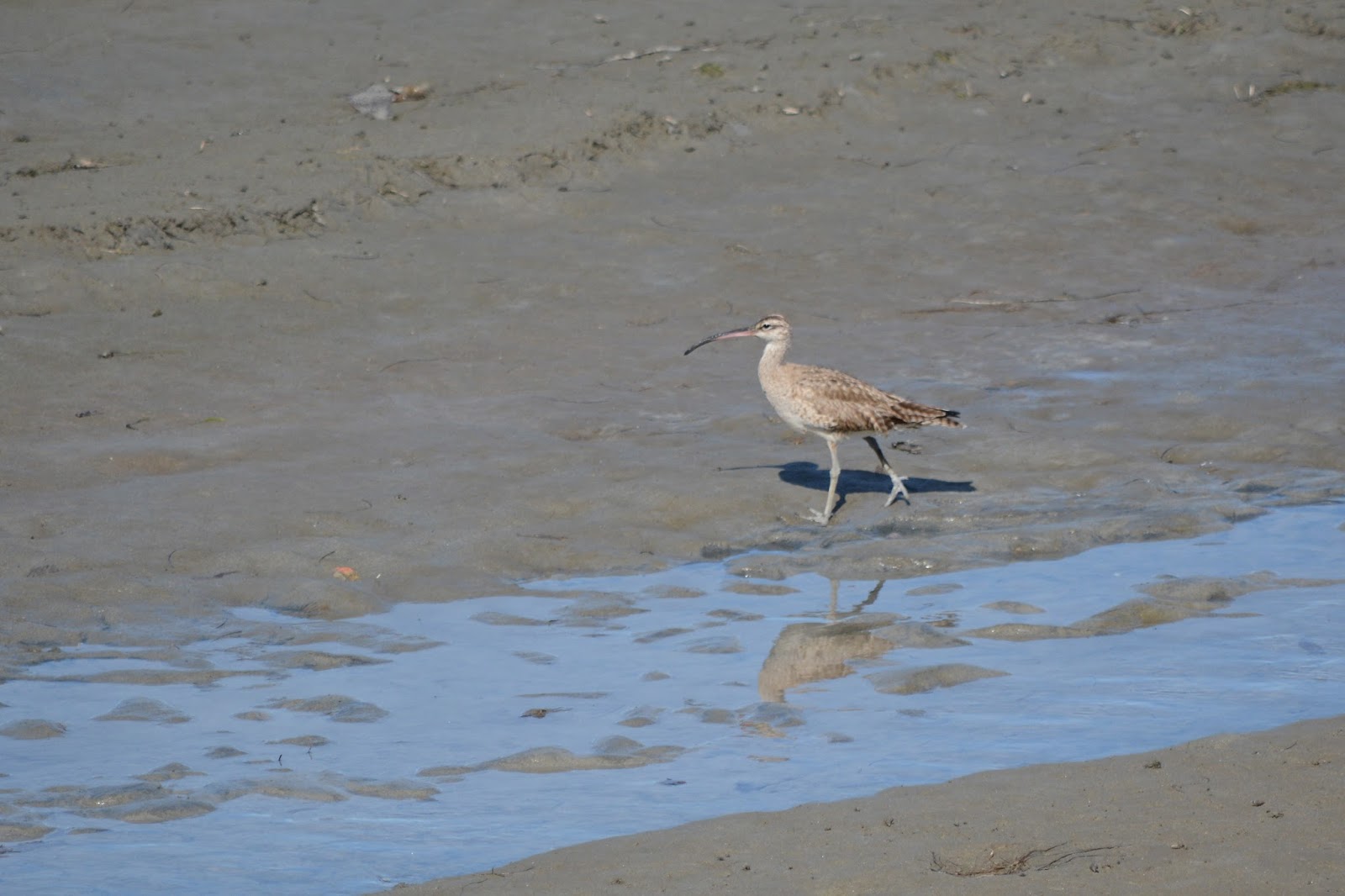