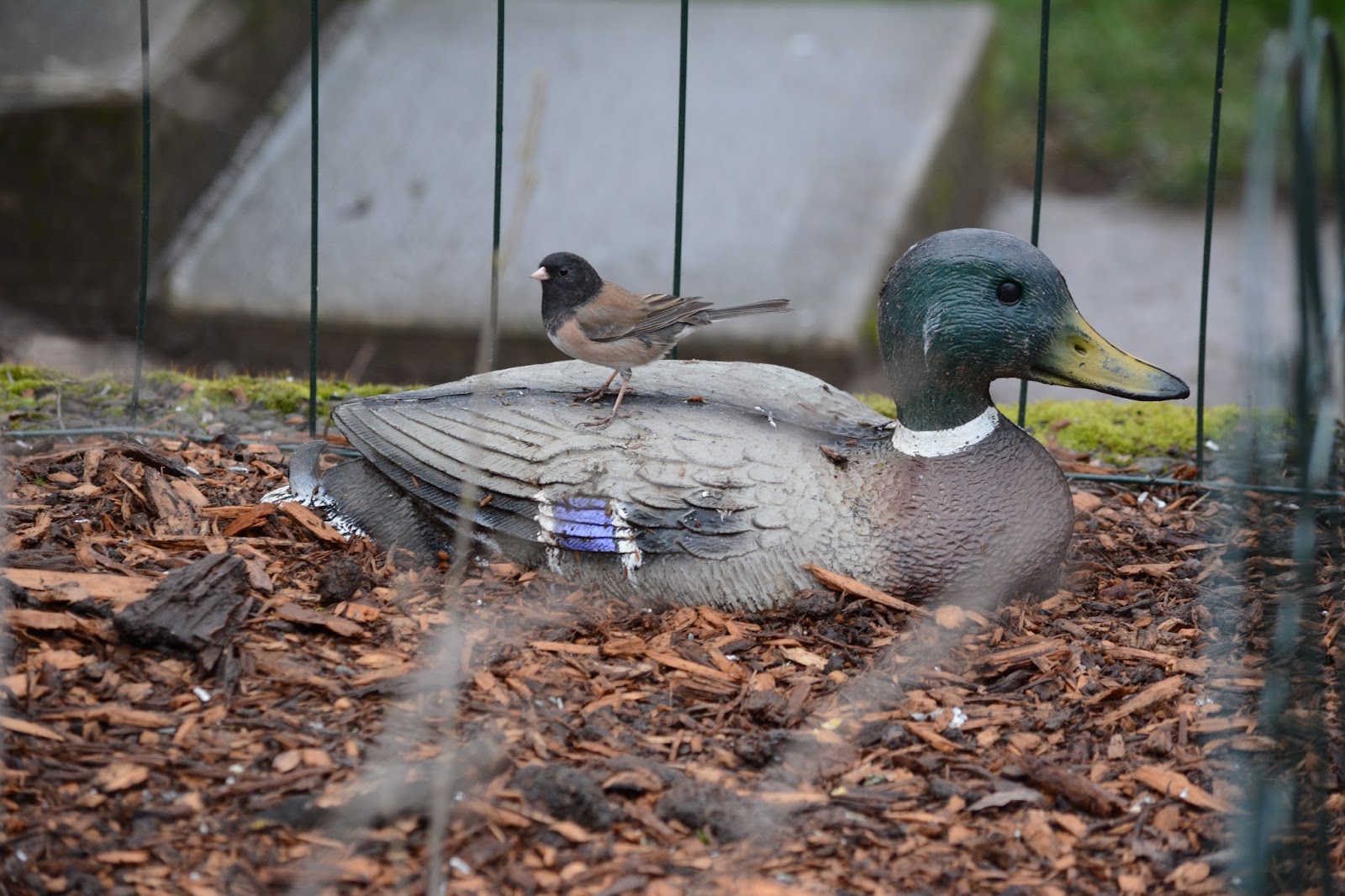 My yard attracts a decent variety of birds during the winter though all I had been putting out for seed was sunflower seeds.  During the Great Backyard Bird Count a couple weeks ago I decided I should start making my own suet again. 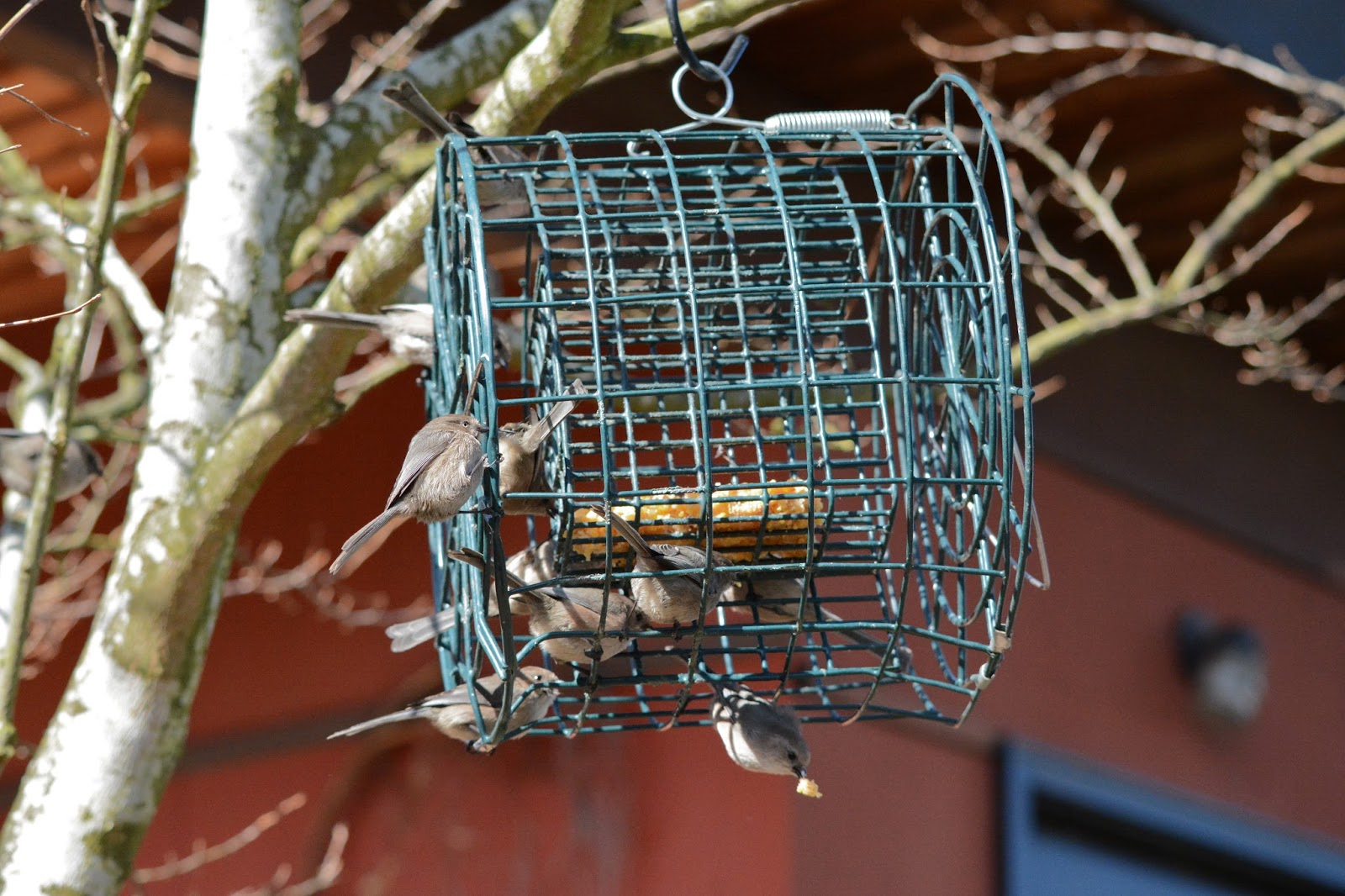 Vegan suet is pretty simple to make.  I first started a couple years ago and came across a recipe that mixed equal parts peanut butter, vegetable shortening, rolled oats, and cornmeal.  Sometimes I mix in extra nuts or bird seed, but that base is fine on its own.  The birds love it.  On Saturday morning I was gearing up to take a walk when I noticed a flicker outside.  Then another.  And another... At least FIVE flickers total! 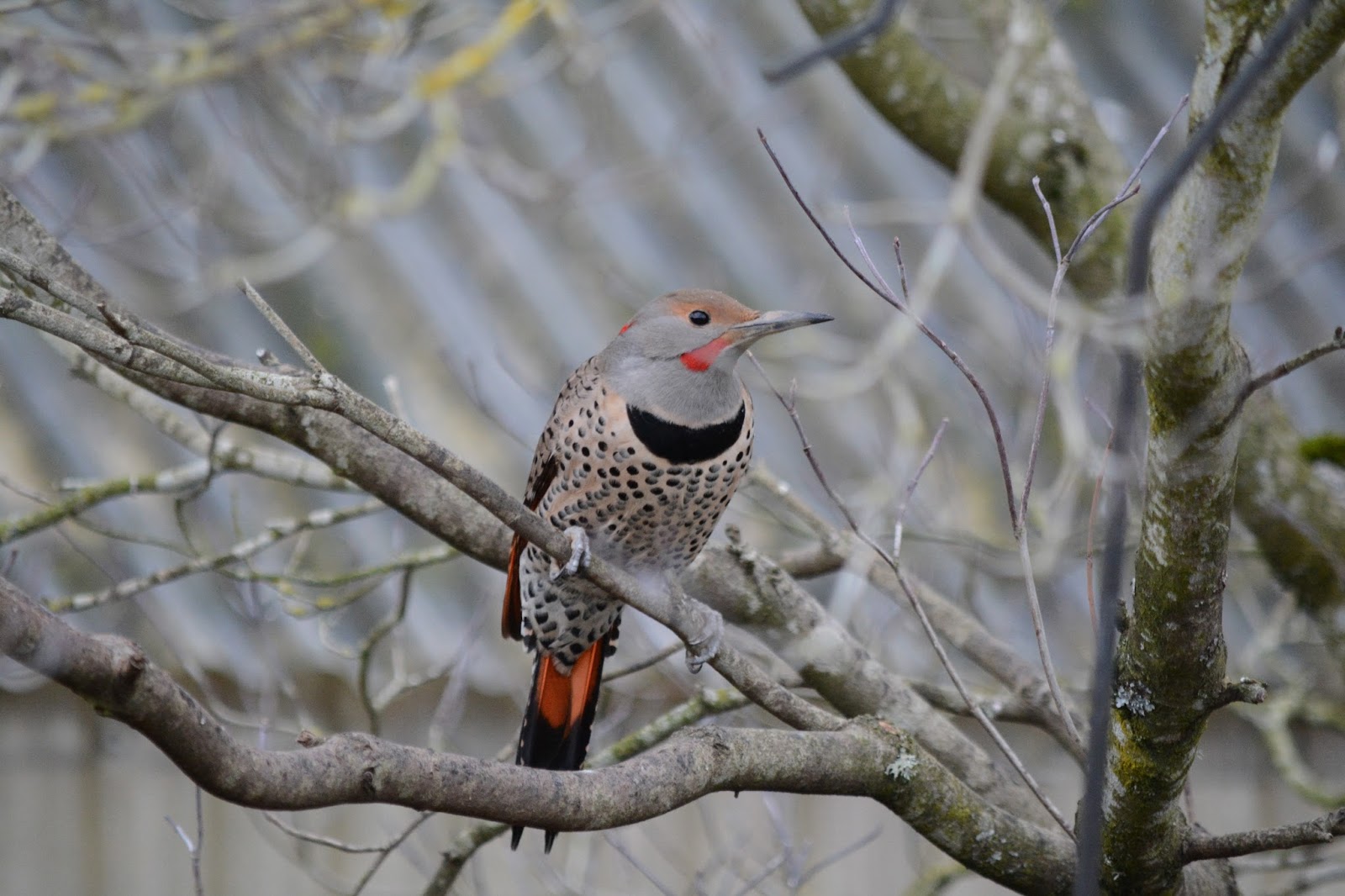 As you may have noticed, the above flicker is not just any flicker- he's an intergrade, a hybrid between yellow-shafted and red-shafted.  This is apparent by the red malar stripe combined with the red nape.  He is not the only intergrade around, and I wonder if all my flickers are on the intergrade spectrum.  Here is another intergrade male, with bright yellow feathers rather than red... 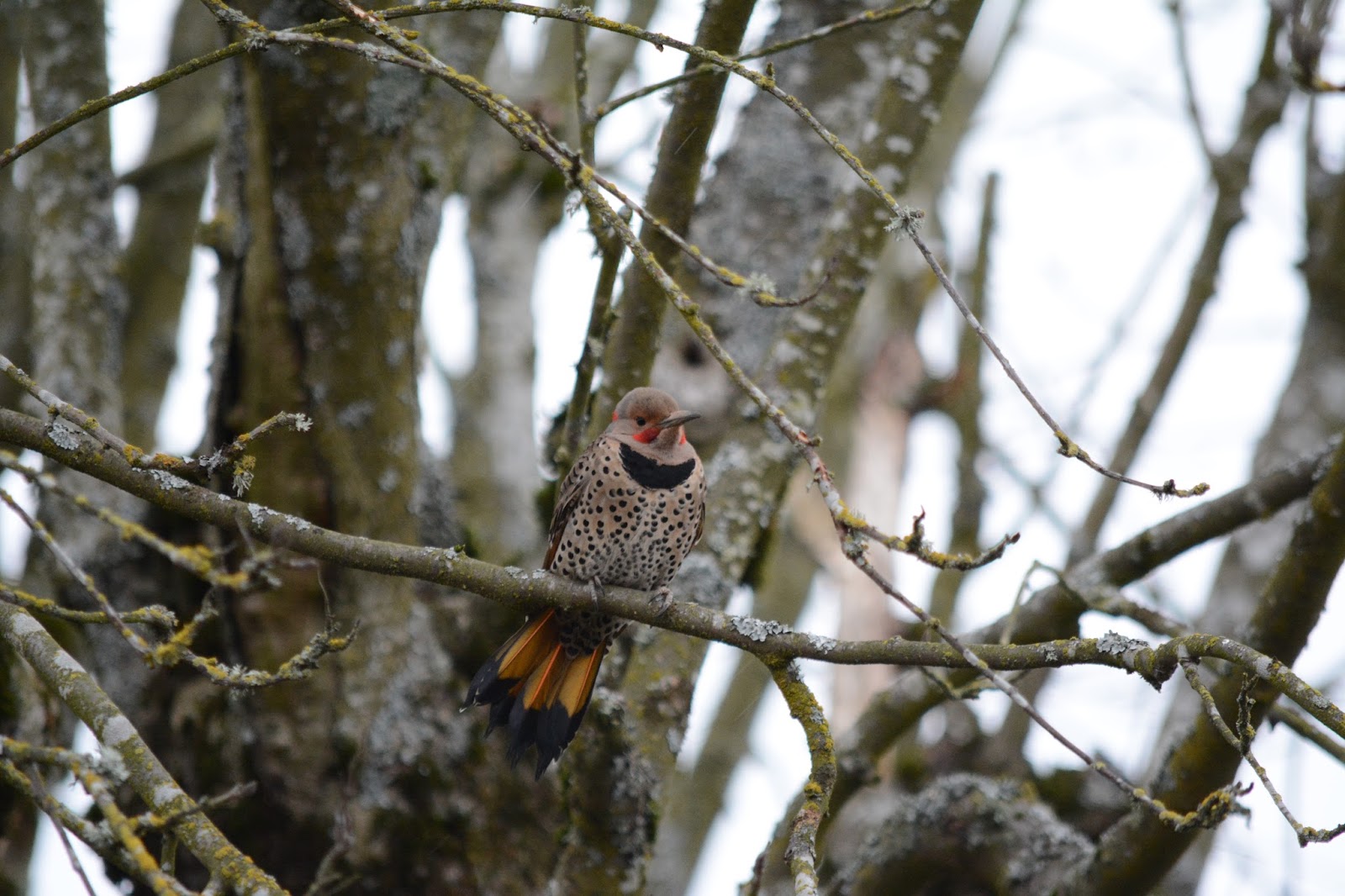 There are two females that appear similar, and may both be pure red-shafted. 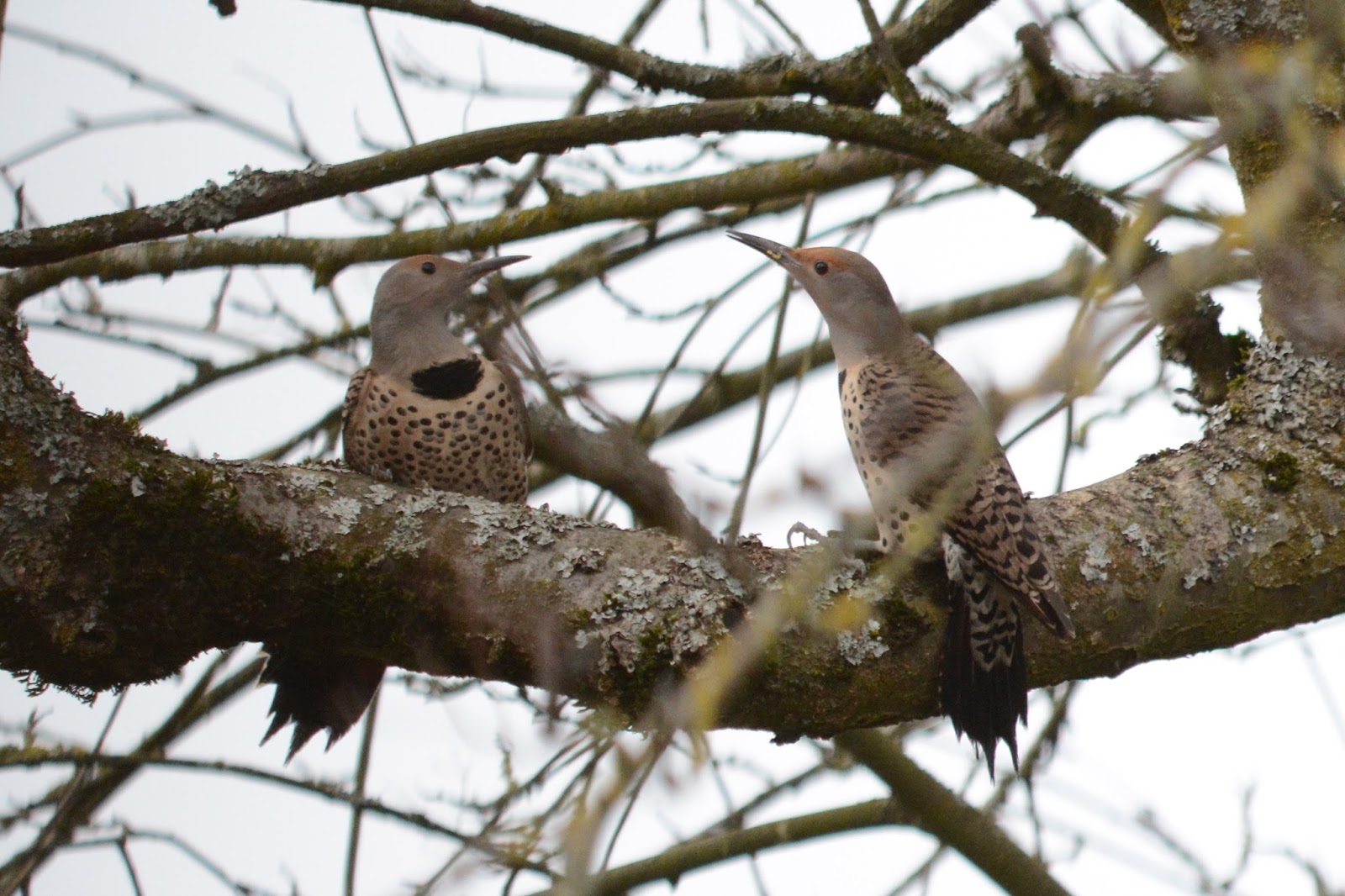 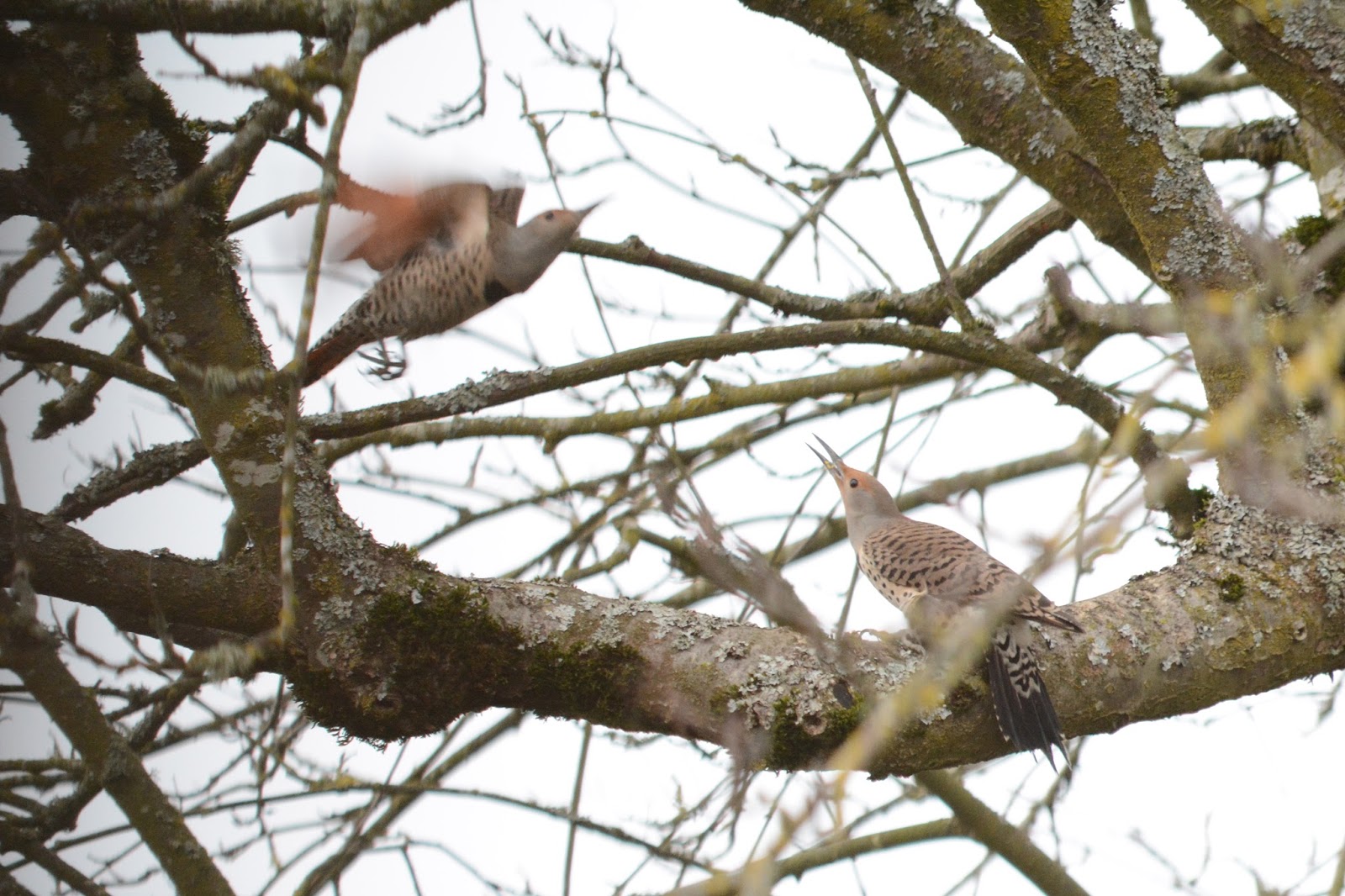 And then there's a third female, with bright yellow feathers. 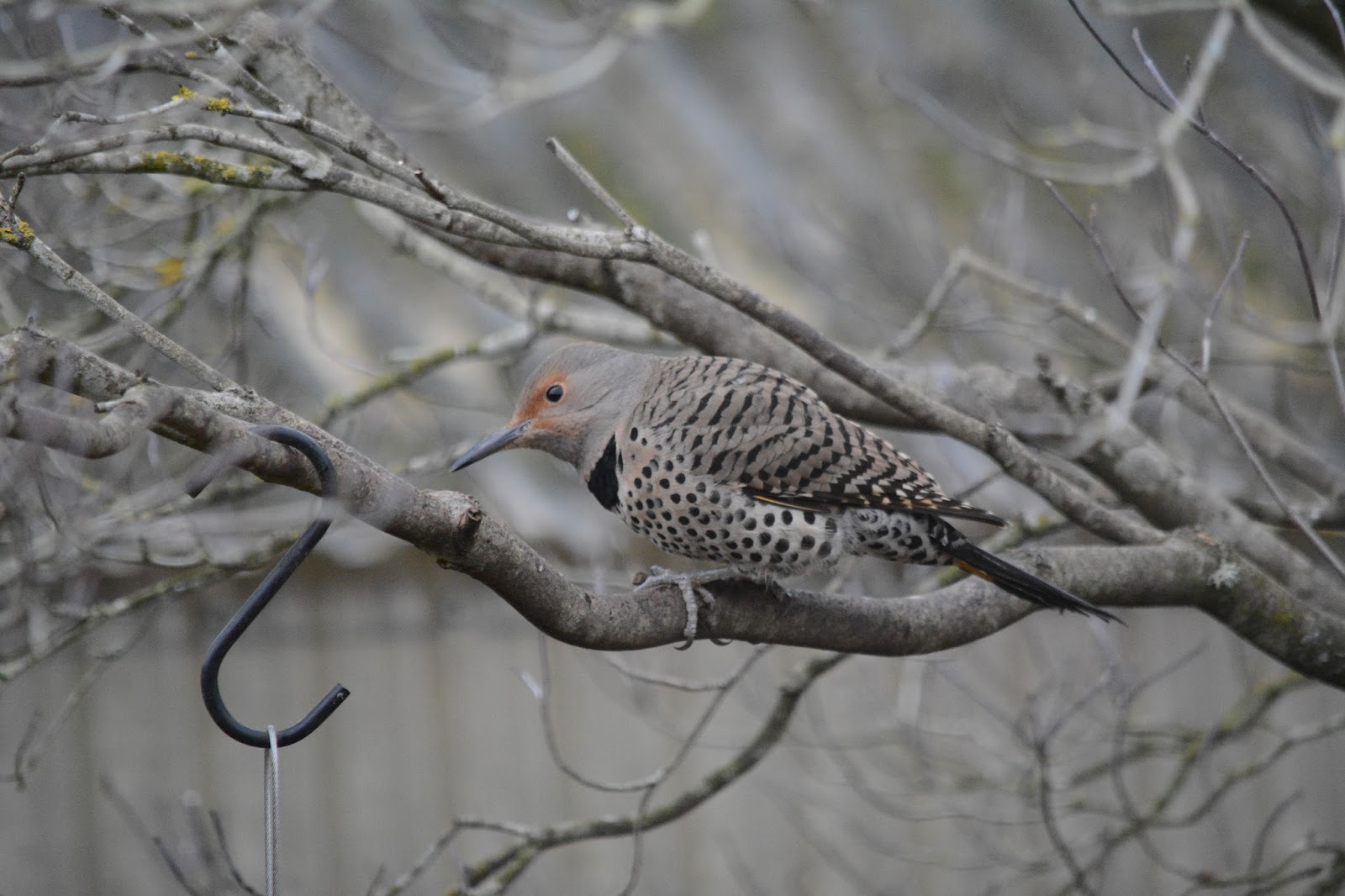 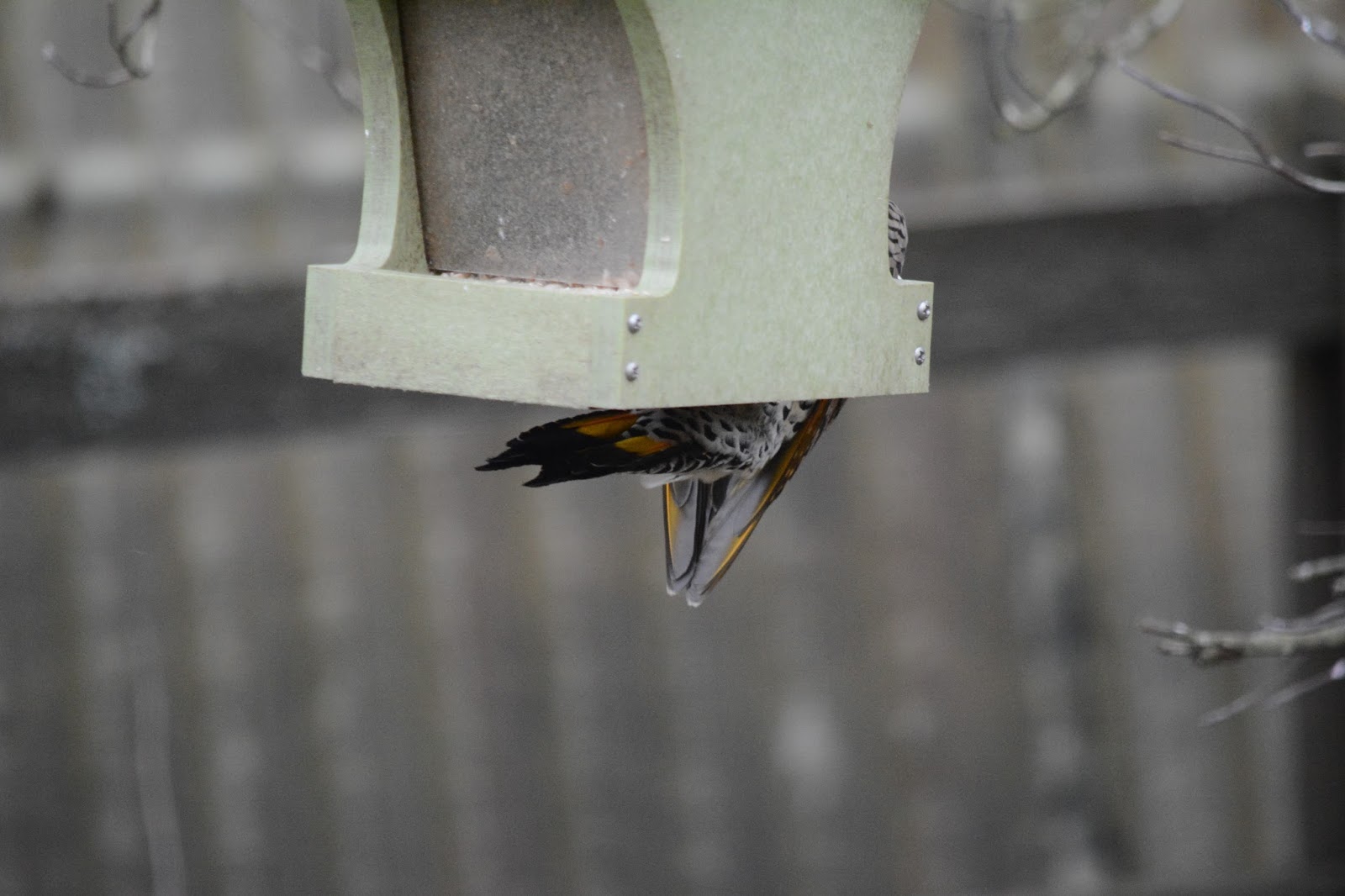 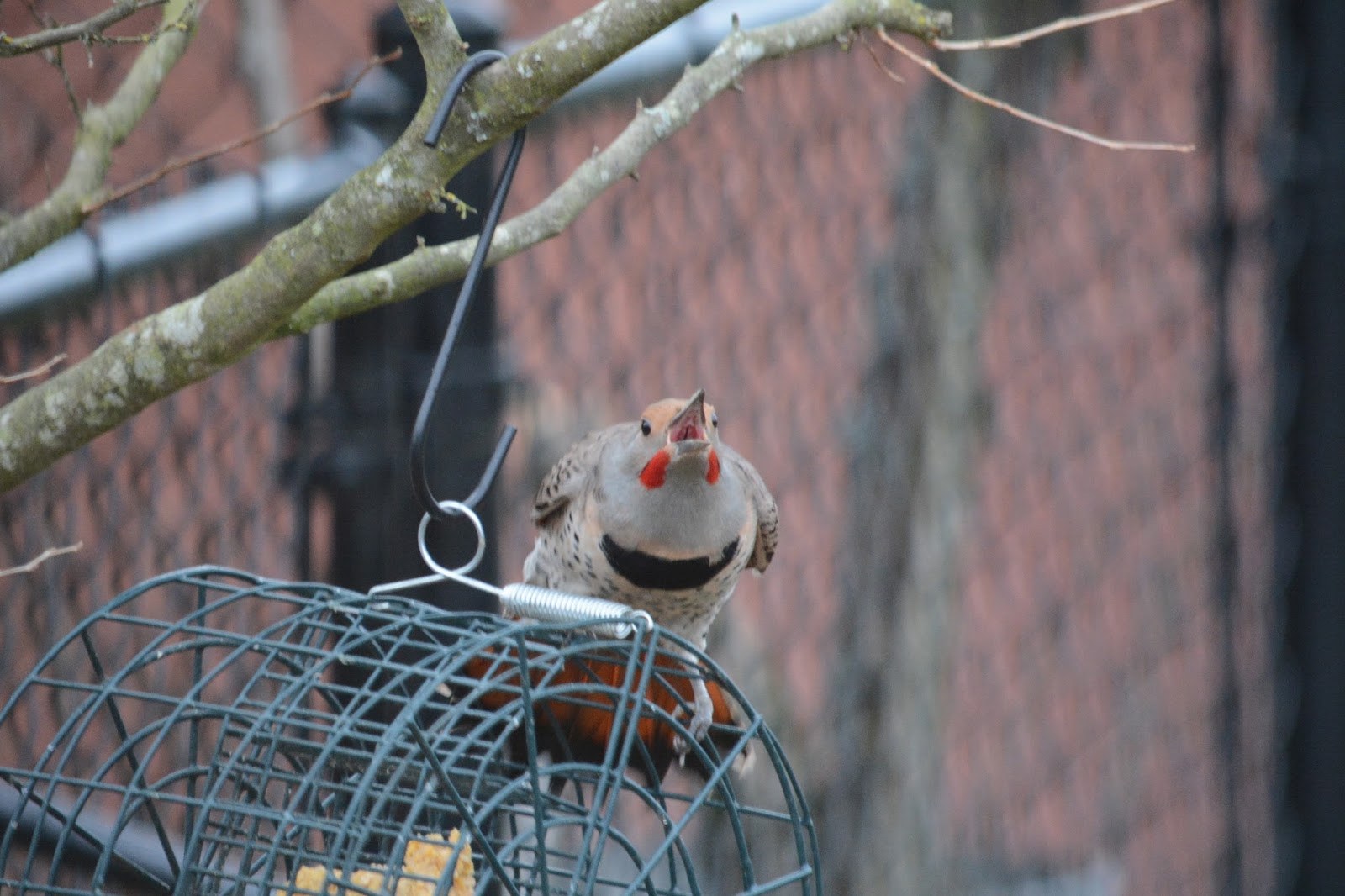 So yeah, the suet has been fun.  The flickers, starlings, and Bushtits have been some of the biggest fans, though I've been surprised by all the juncos and Song Sparrows also loving it.  I cracked up watching a White-crowned Sparrow yesterday who had a piece of suet land on its tail- the bird ran around in circles like a dog chasing its tail trying to grab it. 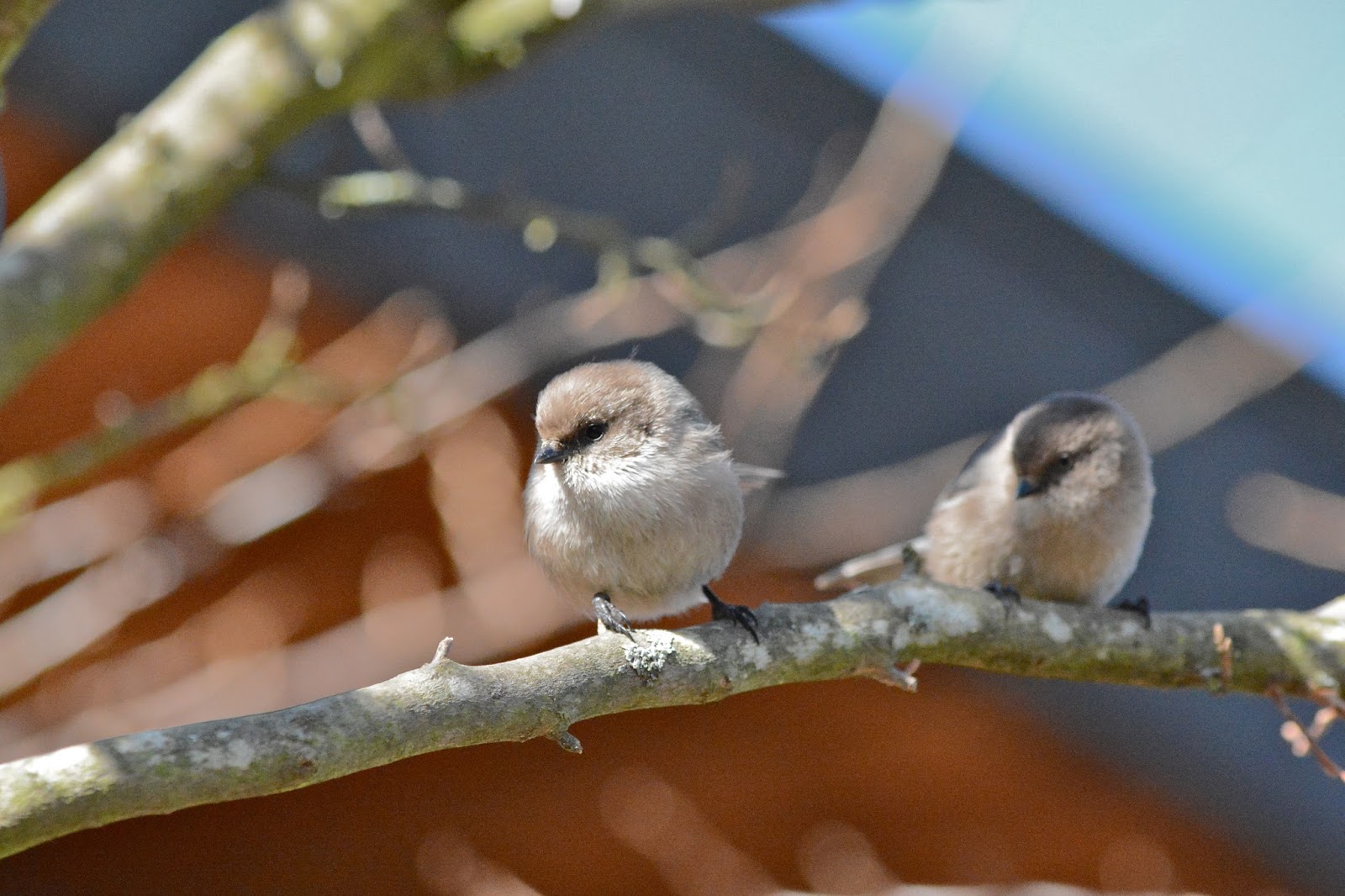 Remember that sunshine from just a few days ago?  Well this weekend was wet and cold, and yesterday morning everything was covered in icicles.  In the afternoon the ice started melting and the dogs gave me their best arguments for a walk.  Finally I gave in and we braved the wind and rain to get pelted by falling ice from the power lines and trees. 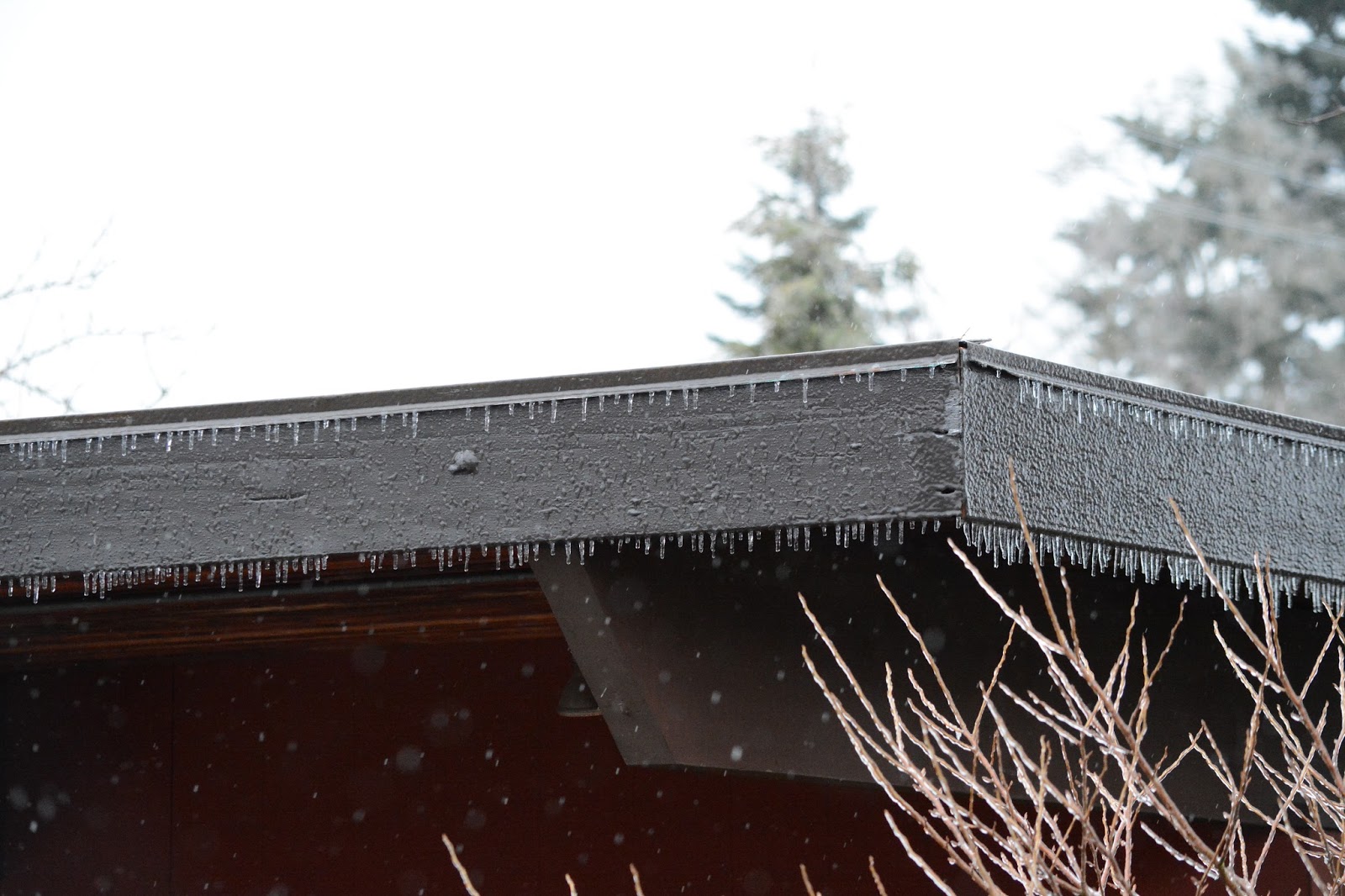 As often happens, I ended up being super grateful that the dogs had convinced me to go on a walk.  We were just wandering around the Airport Way area when I noticed a bird on a branch, bobbing its tail, looking like a... a flycatcher?  Hmm... Could it be a Black Phoebe?  No, no, it's not black enough.  Is it just a robin being weird?  No, no, not a robin... OH!  It's a Say's Phoebe!! 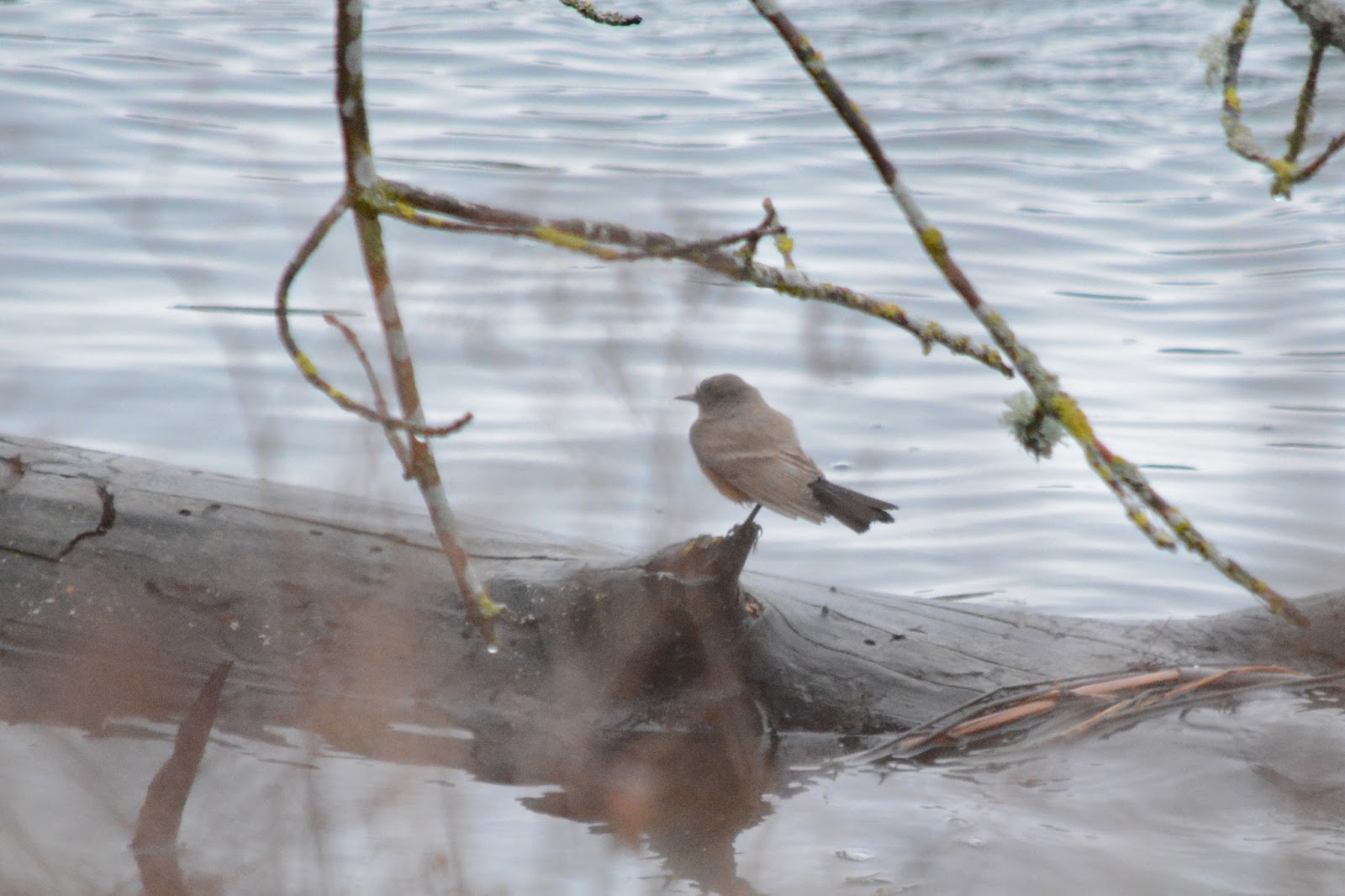 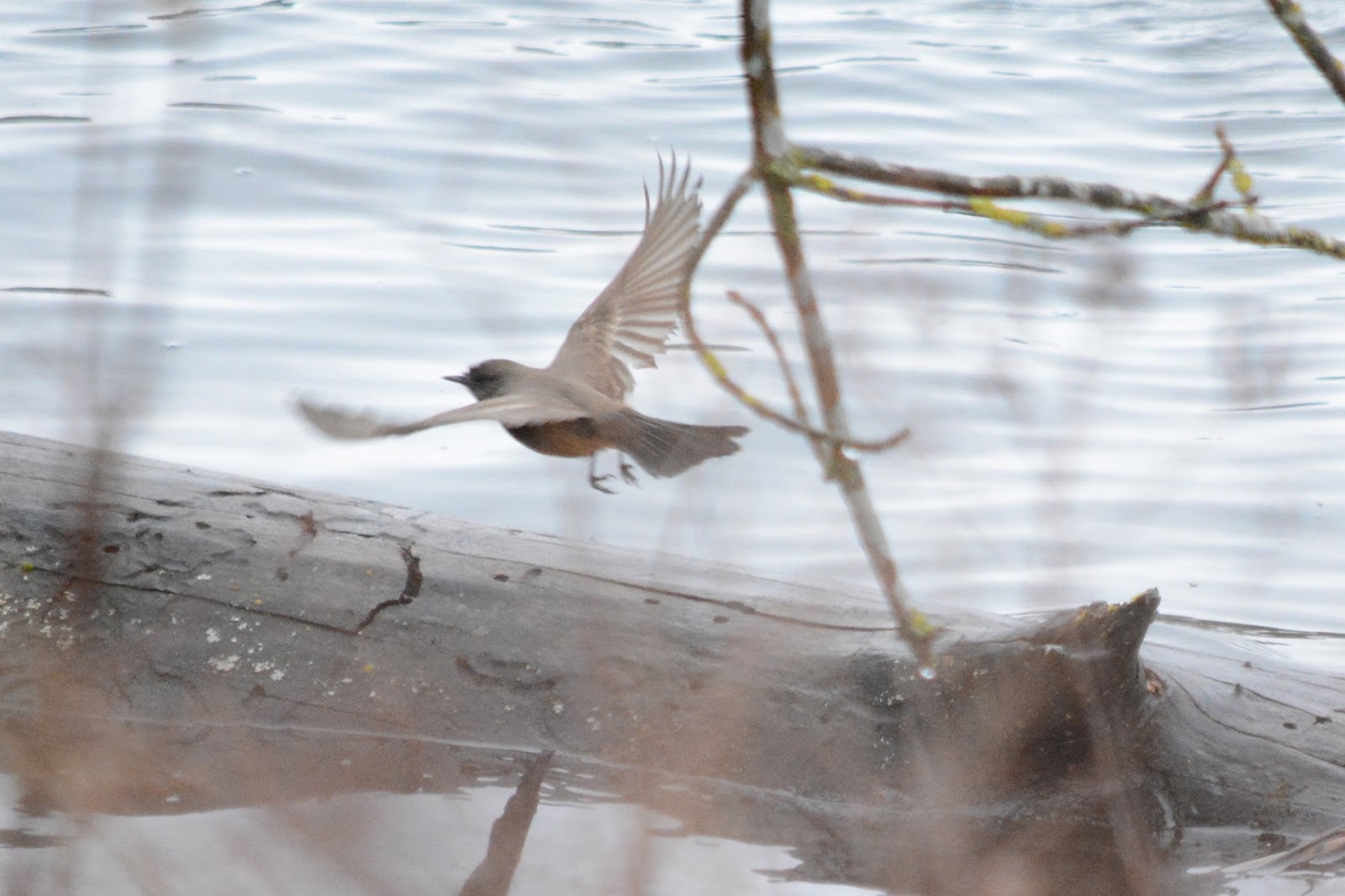 Say's Phoebes have been reported over the last few days from the Portland airport, Hillsboro, and Woodland, so I guess they are on the move right now.  Motorless bird #83 for the year, and actually a county bird for me as well.  Good times!!
Bushtit Dark-eyed Junco Northern Flicker Say's Phoebe