Yesterday morning I went out to Cannon Beach bright and early to beat the masses.  I wanted to hit up Haystack Rock and then head back into the coast range for some clearcut birding. 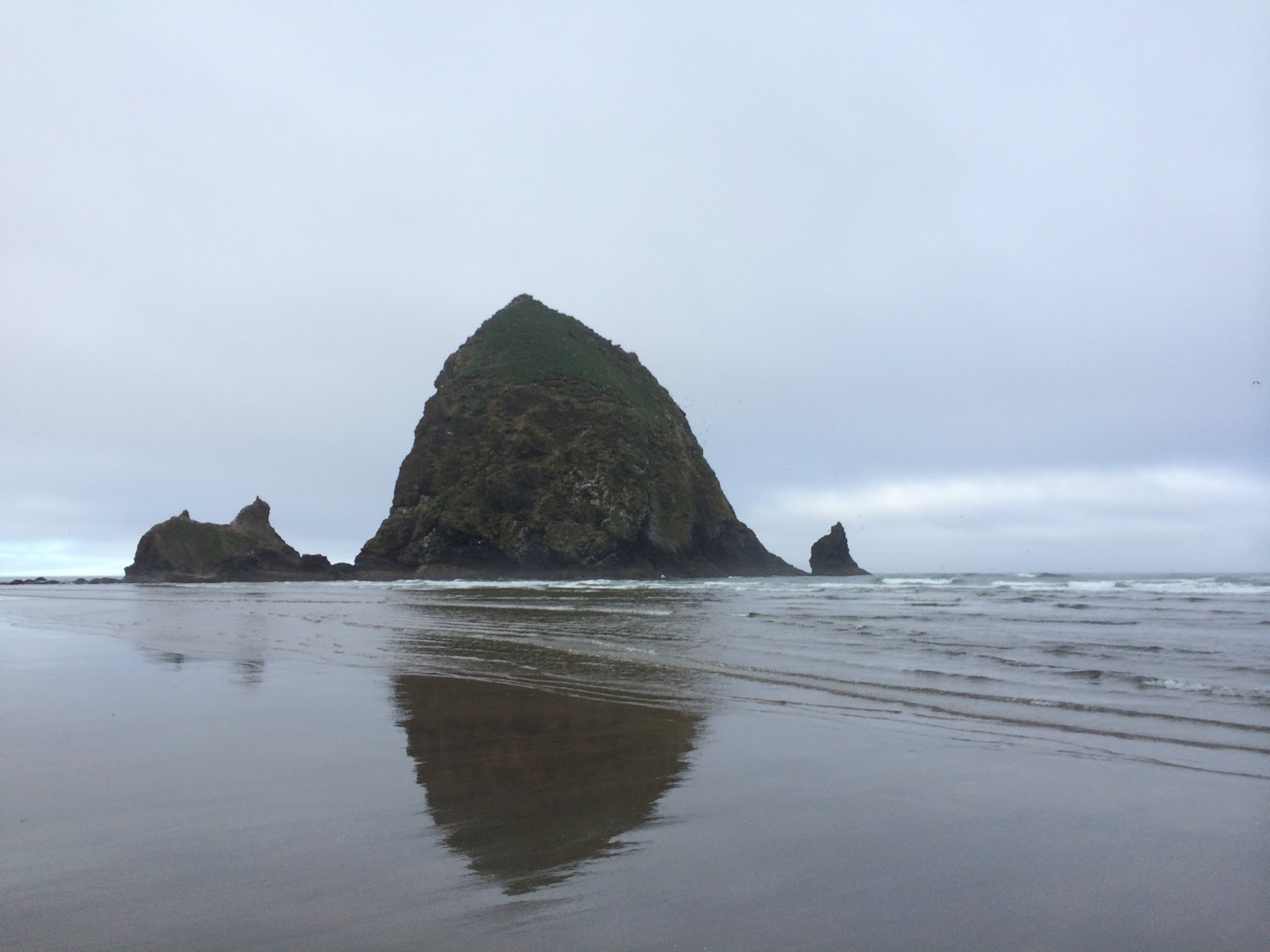 As I got closer I could see swarms of birds circling the rock.  A Bald Eagle was tearing things up! 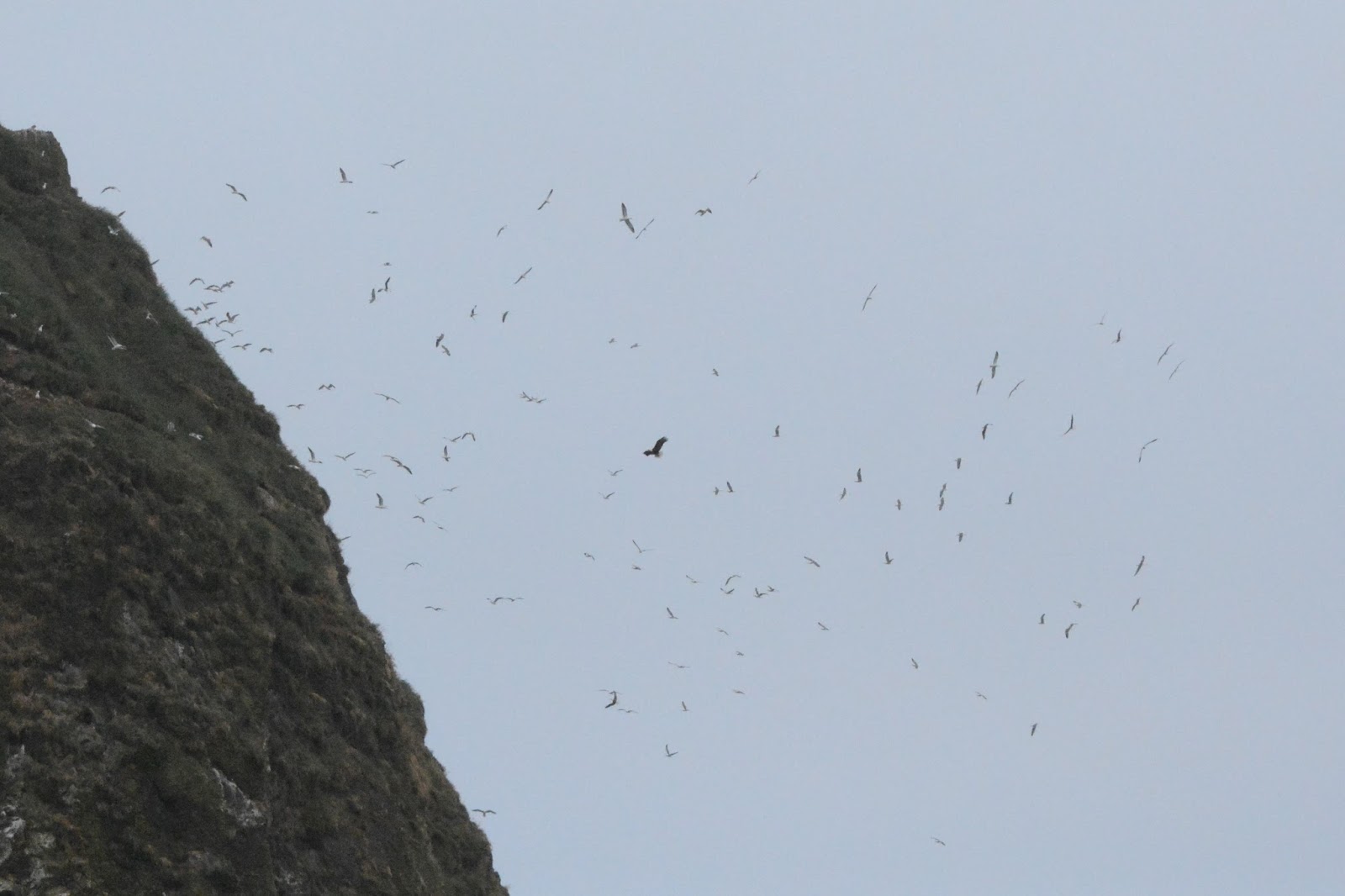 It's amazing that any birds get any nesting done here with the constant eagle harassment.  Even when both Bald Eagles were resting, a Peregrine Falcon filled in the gap in the chaos.  What looked like a dead murre was lying near the tidepools, getting snacked on by a Western Gull. 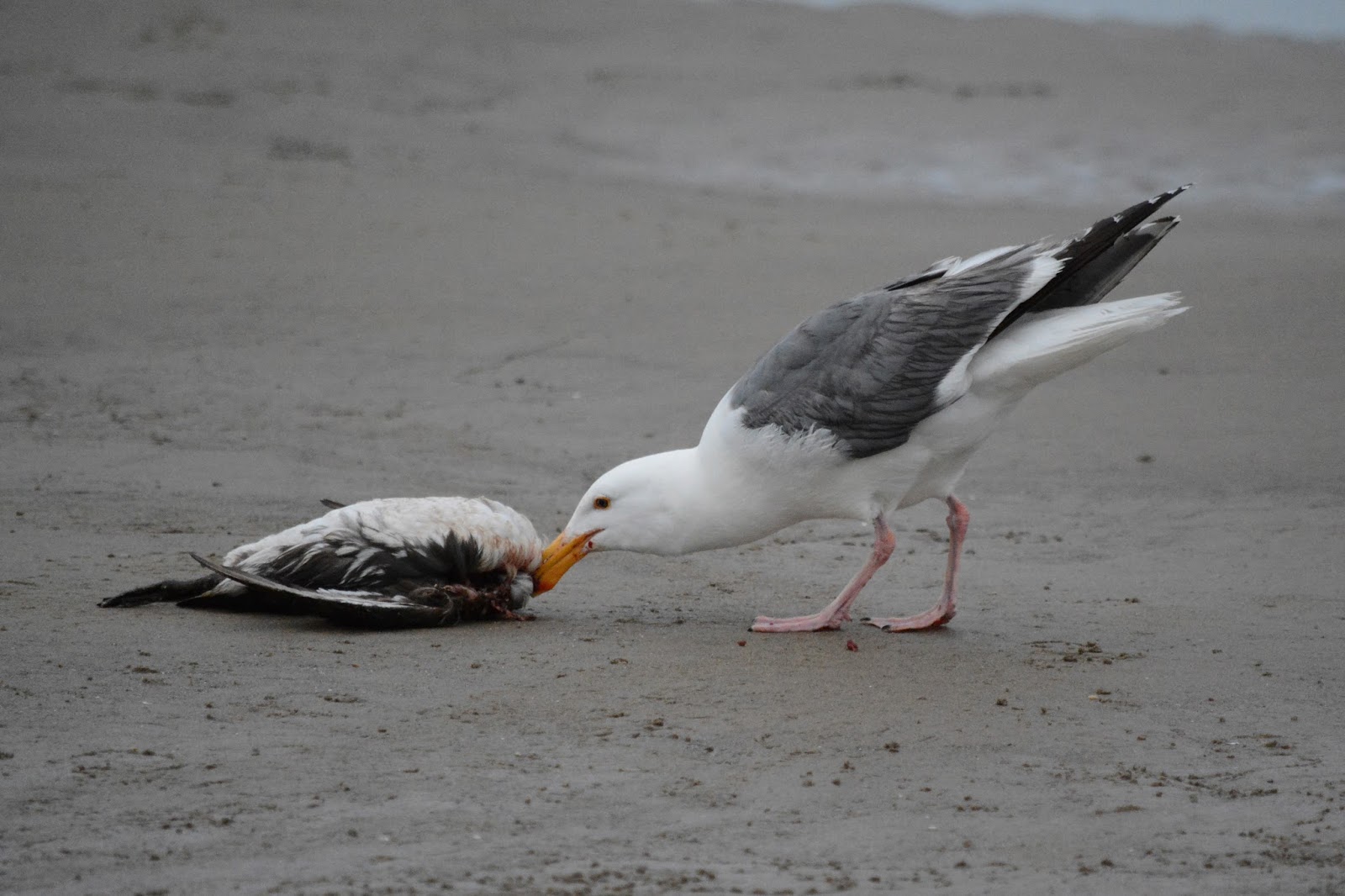 Hundreds of gulls are nesting (or preparing to nest) on Haystack Rock right now and I was treated to a nice view of some gull sexy time... 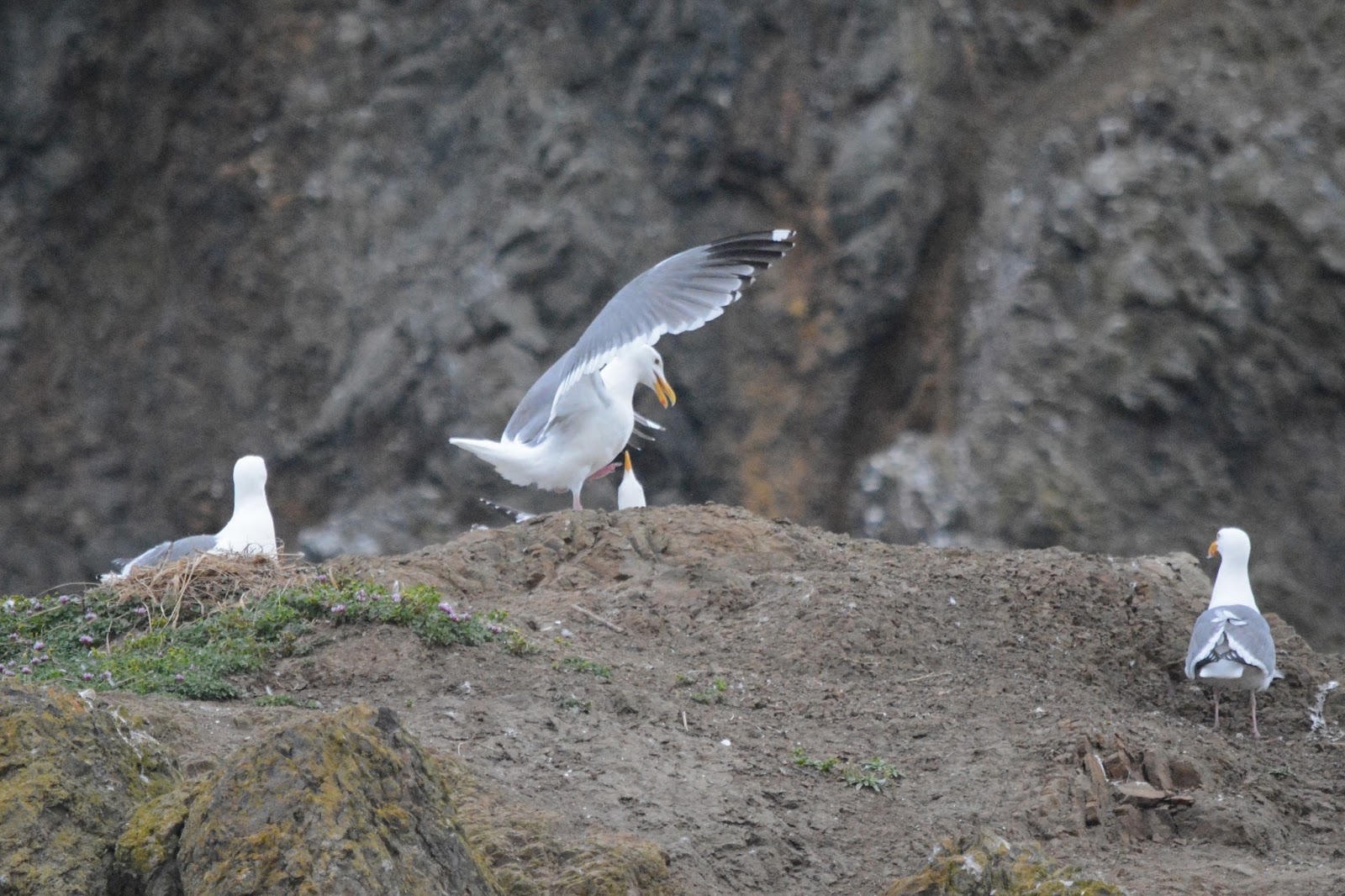 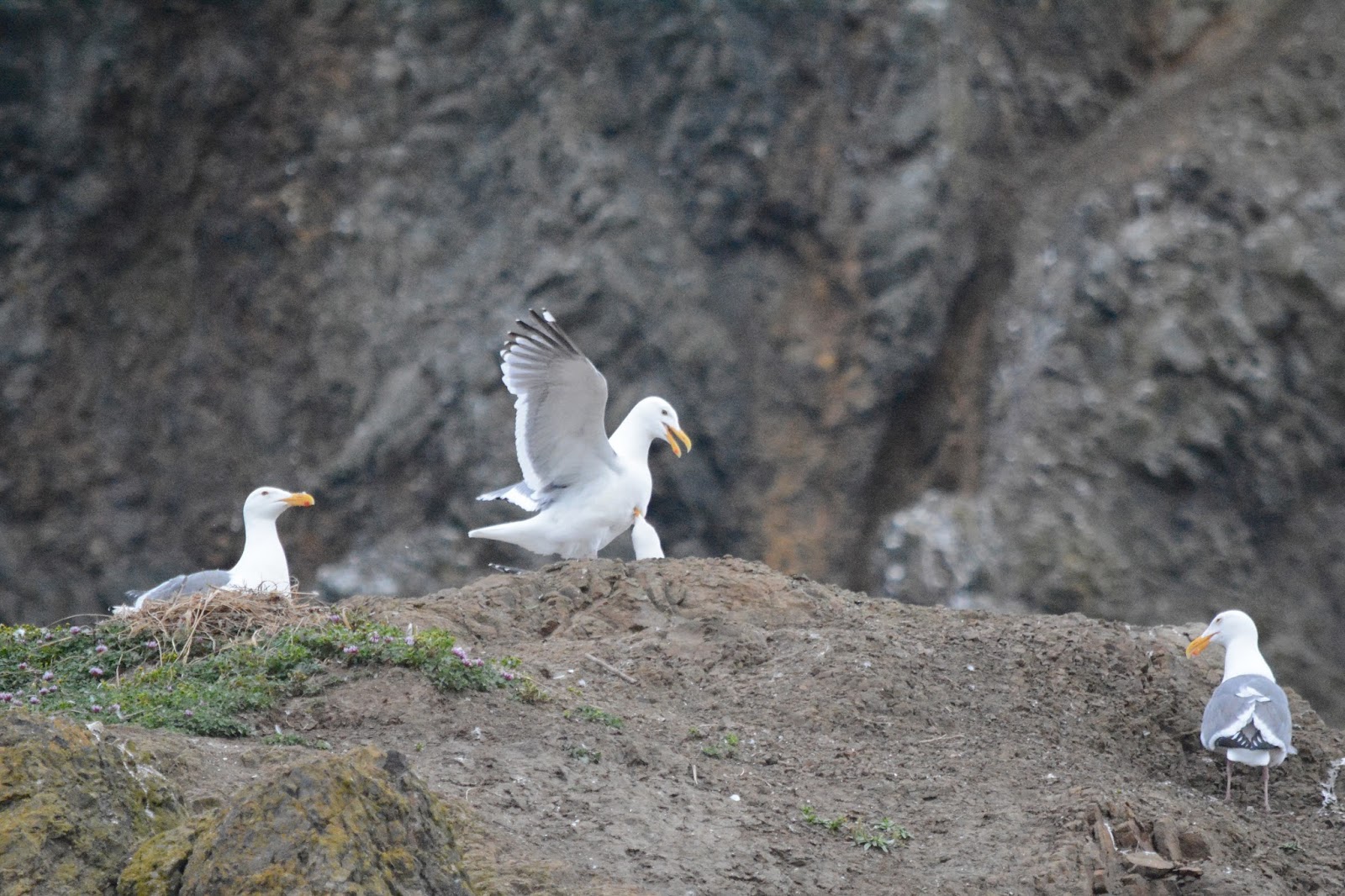 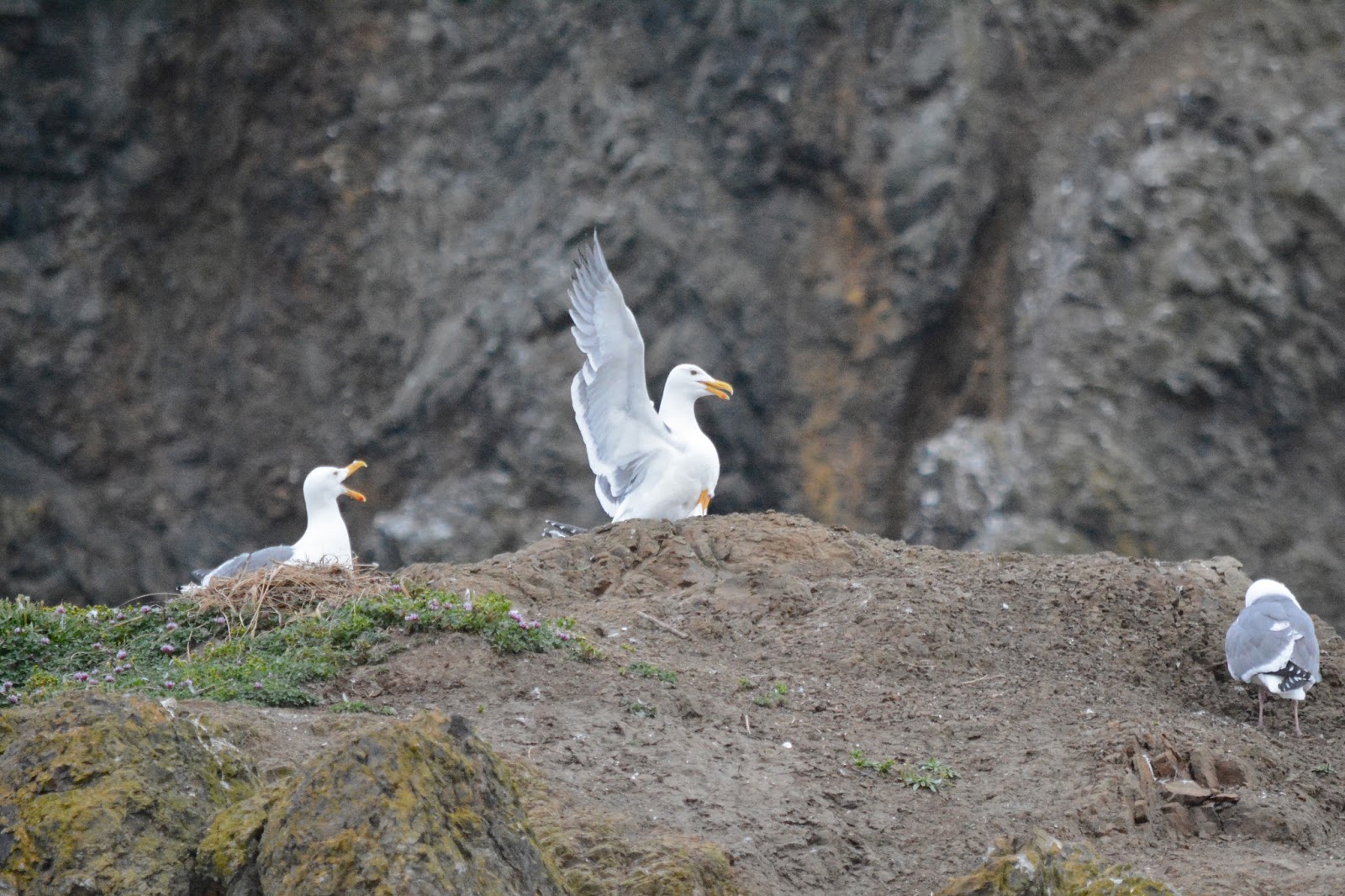 This went on for a very long time, until one of the Bald Eagles came back to stir the pot... 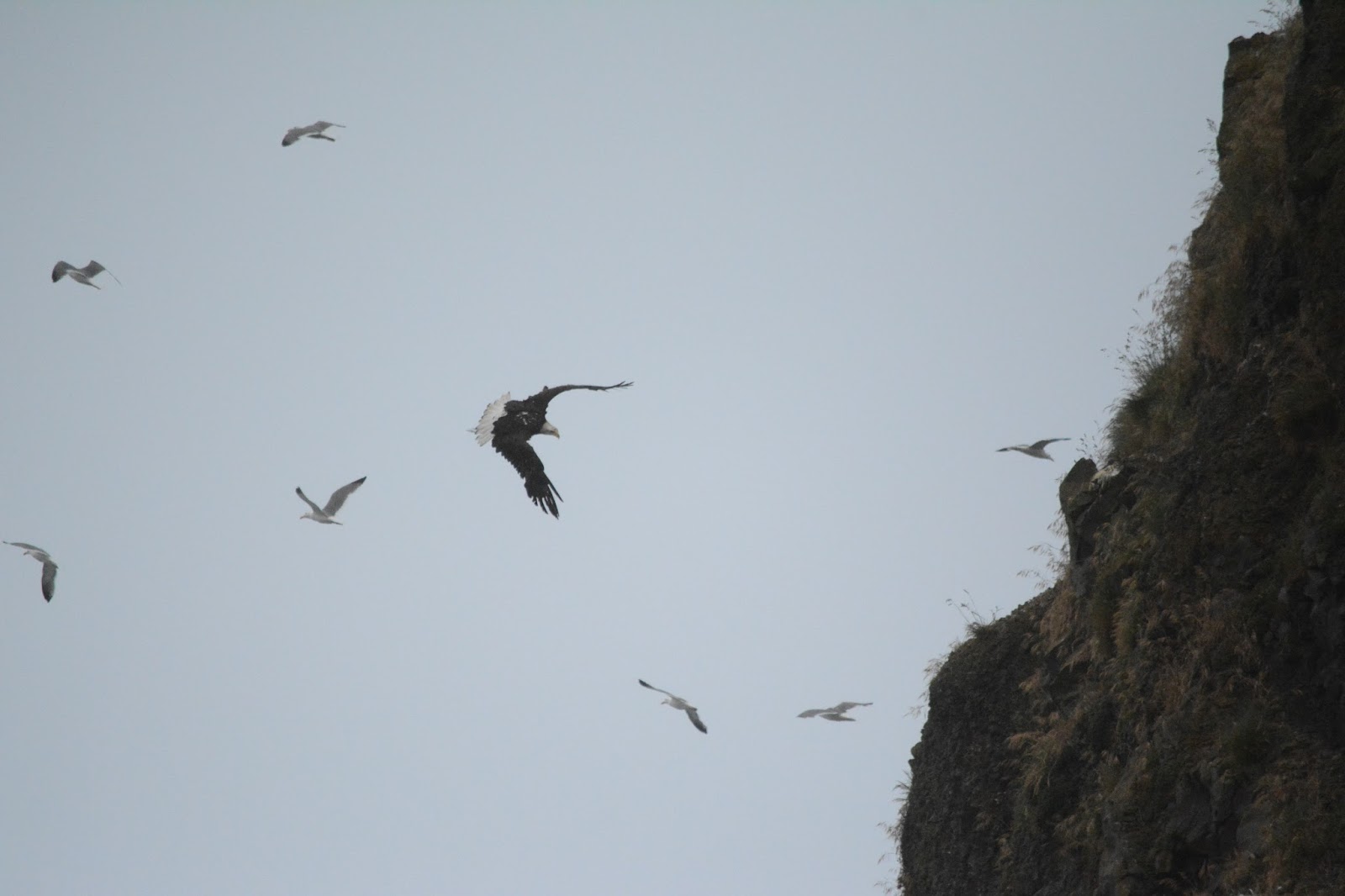 When I first got to the tidal pool area a Black Oystercatcher was hopping around, totally unfazed by me stalking it.  A pair are nesting on the rock, which I learned from this Haystack Rock blog I just found. 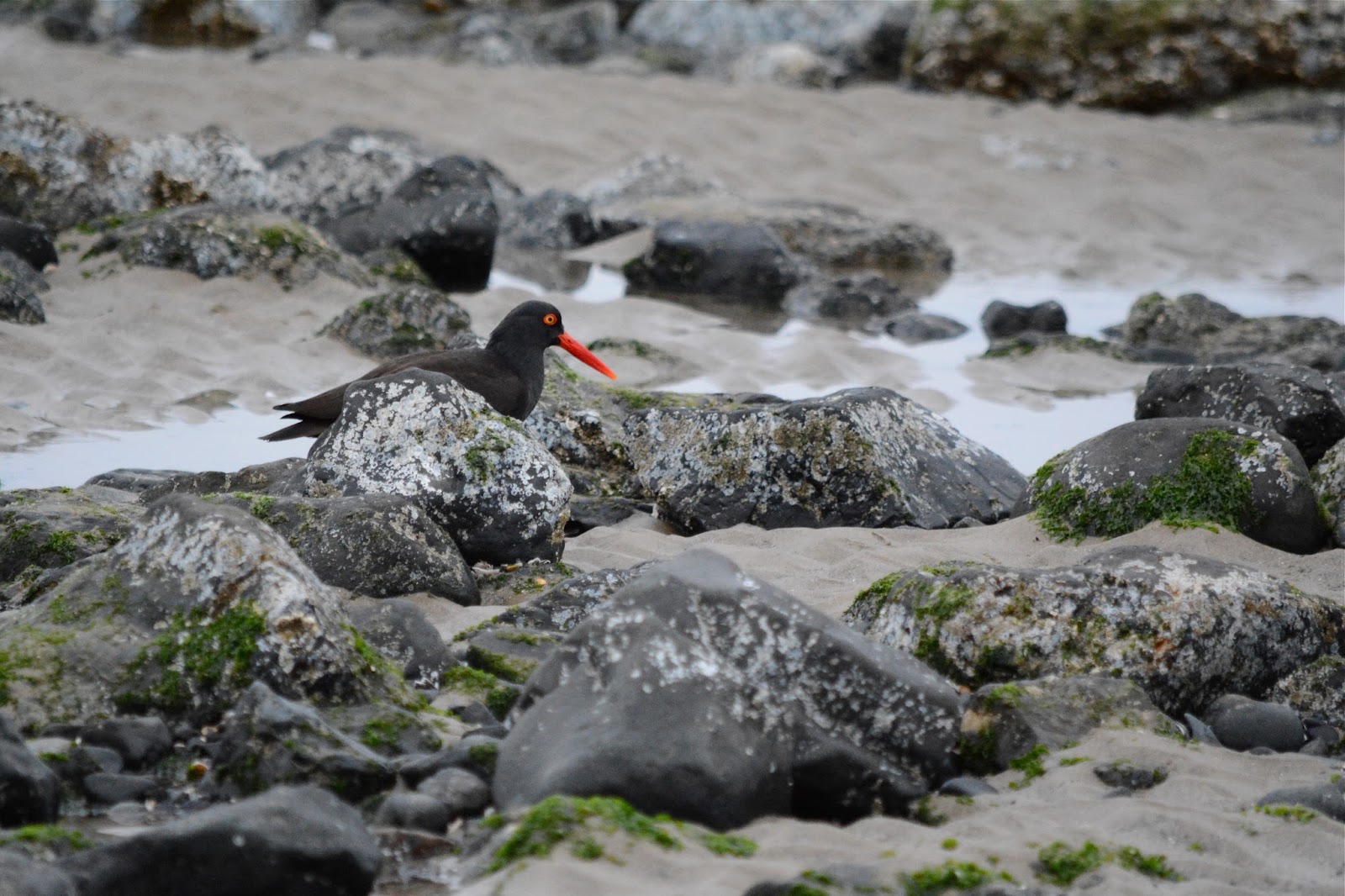 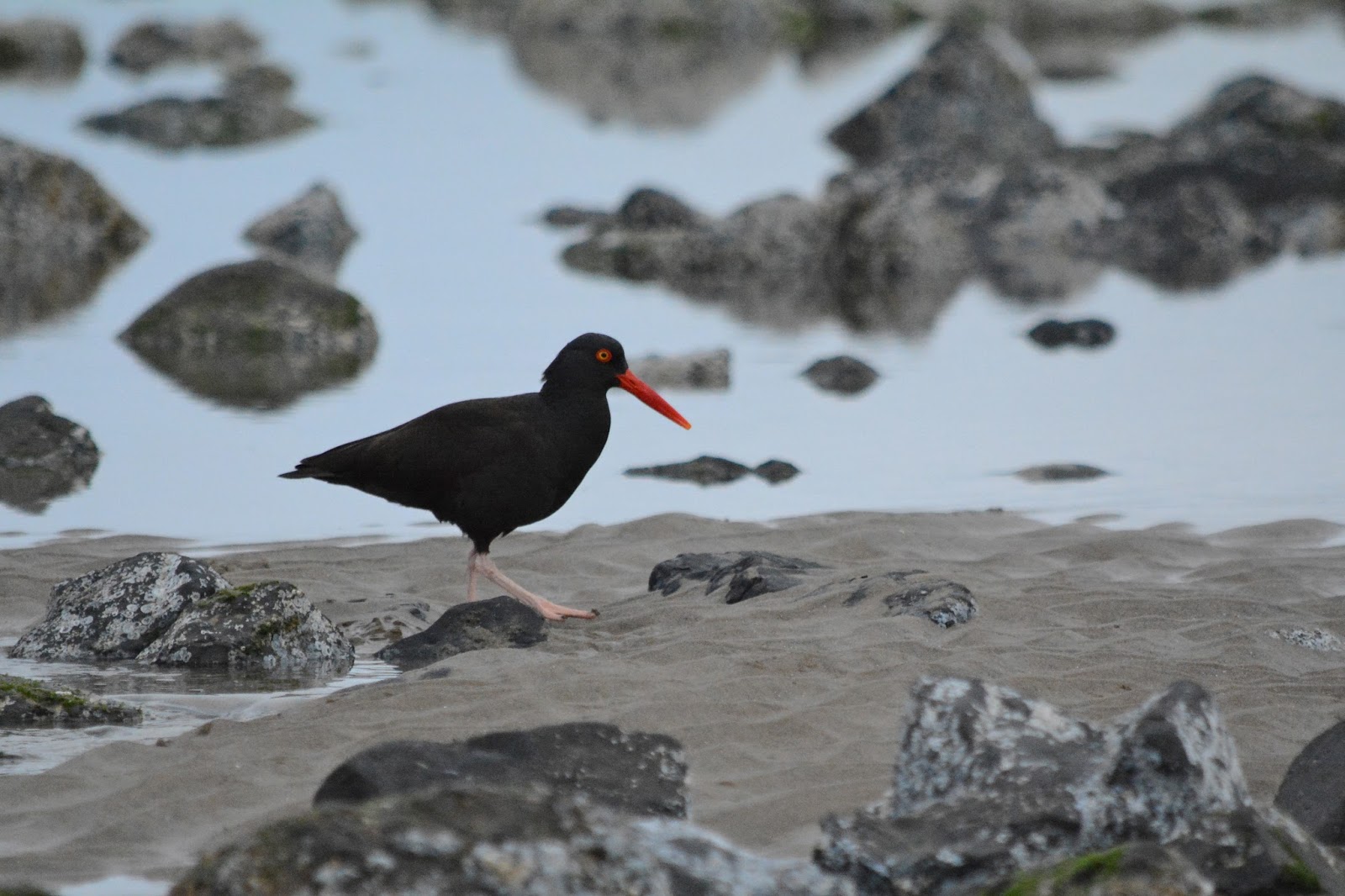 Probably the best cartoon eyes in the bird world.  Lots of other birds were around the rock like Pigeon Guillemots, cormorants, pelicans, Tufted Puffins.  The light mist in the air and rolling fog did not help photos, but here's a bad one of puffins anyway: 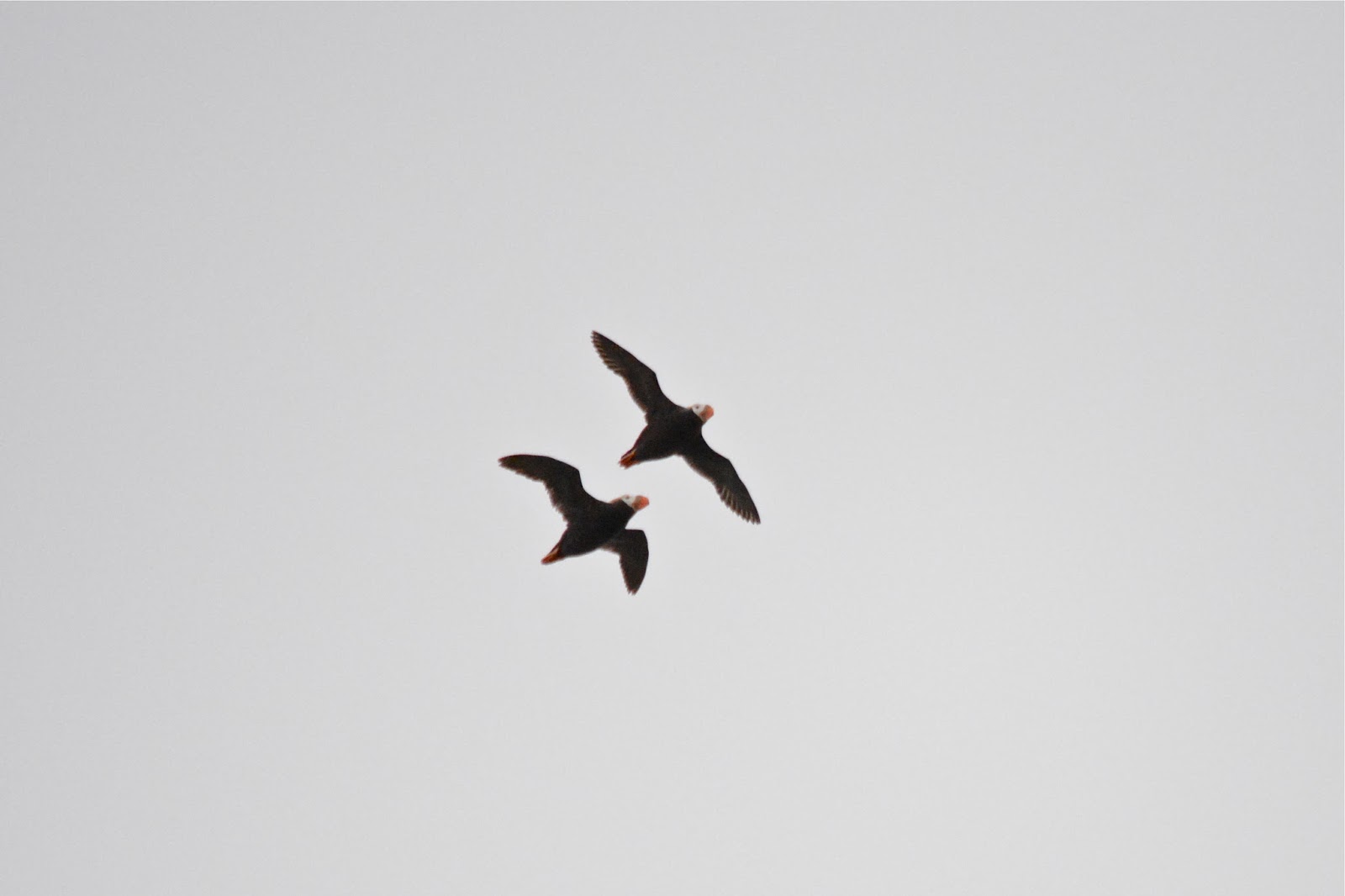 The mutts were definitely not impressed with this portion of the day (except for the dead bird). 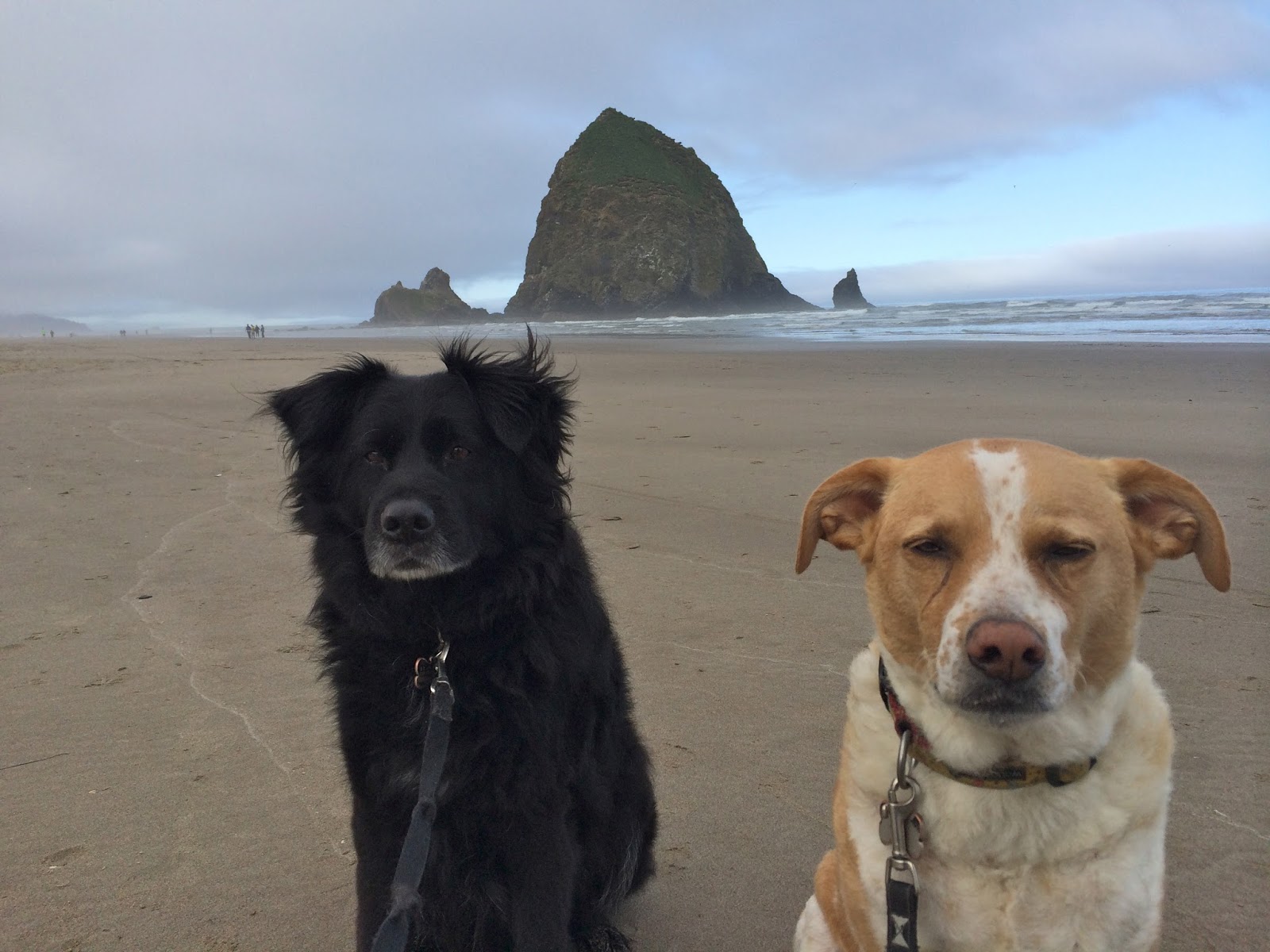 I decided to stop at Ecola State Park before heading back inland... 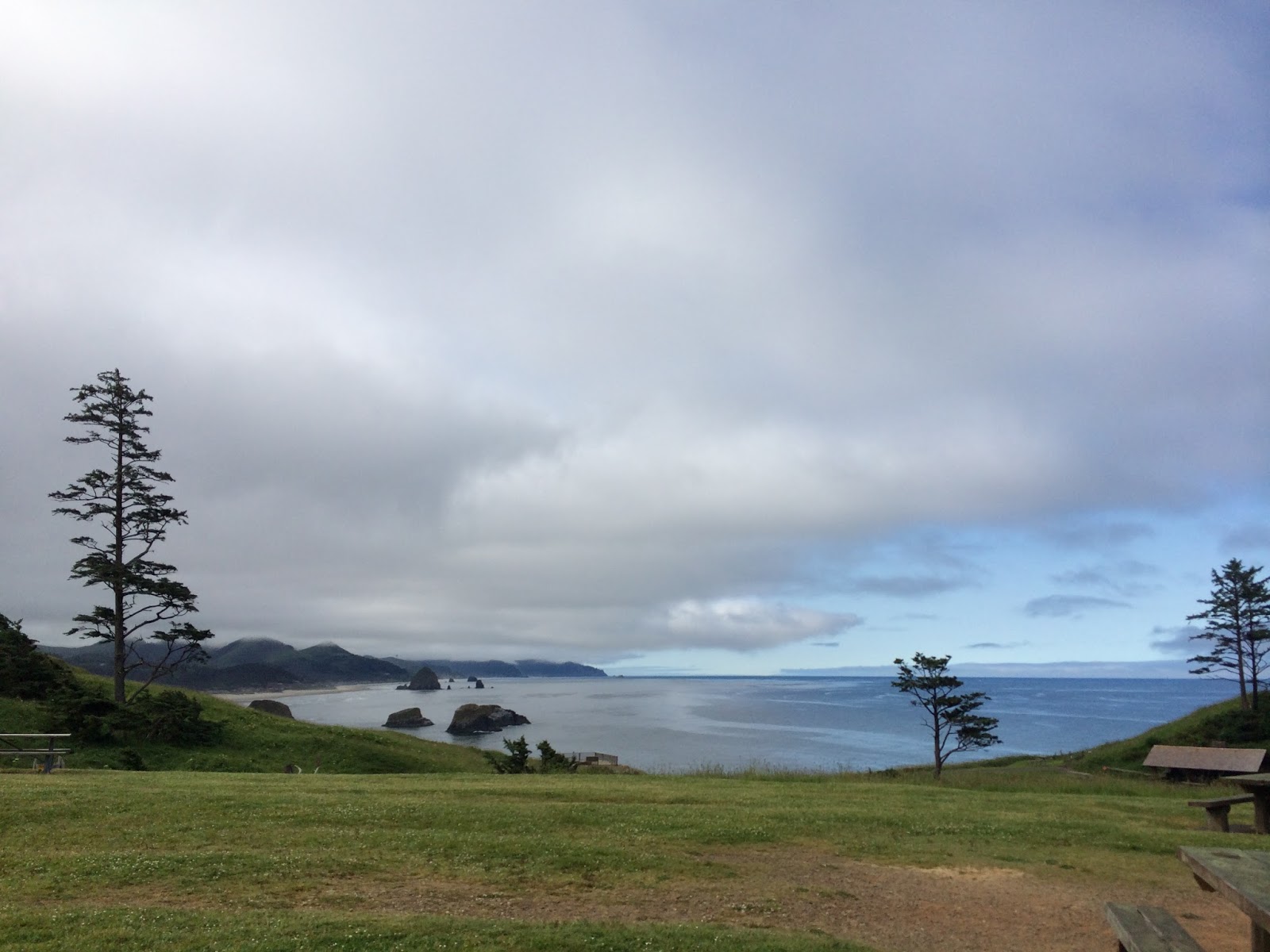 I love twinberry.   So do hummingbirds. 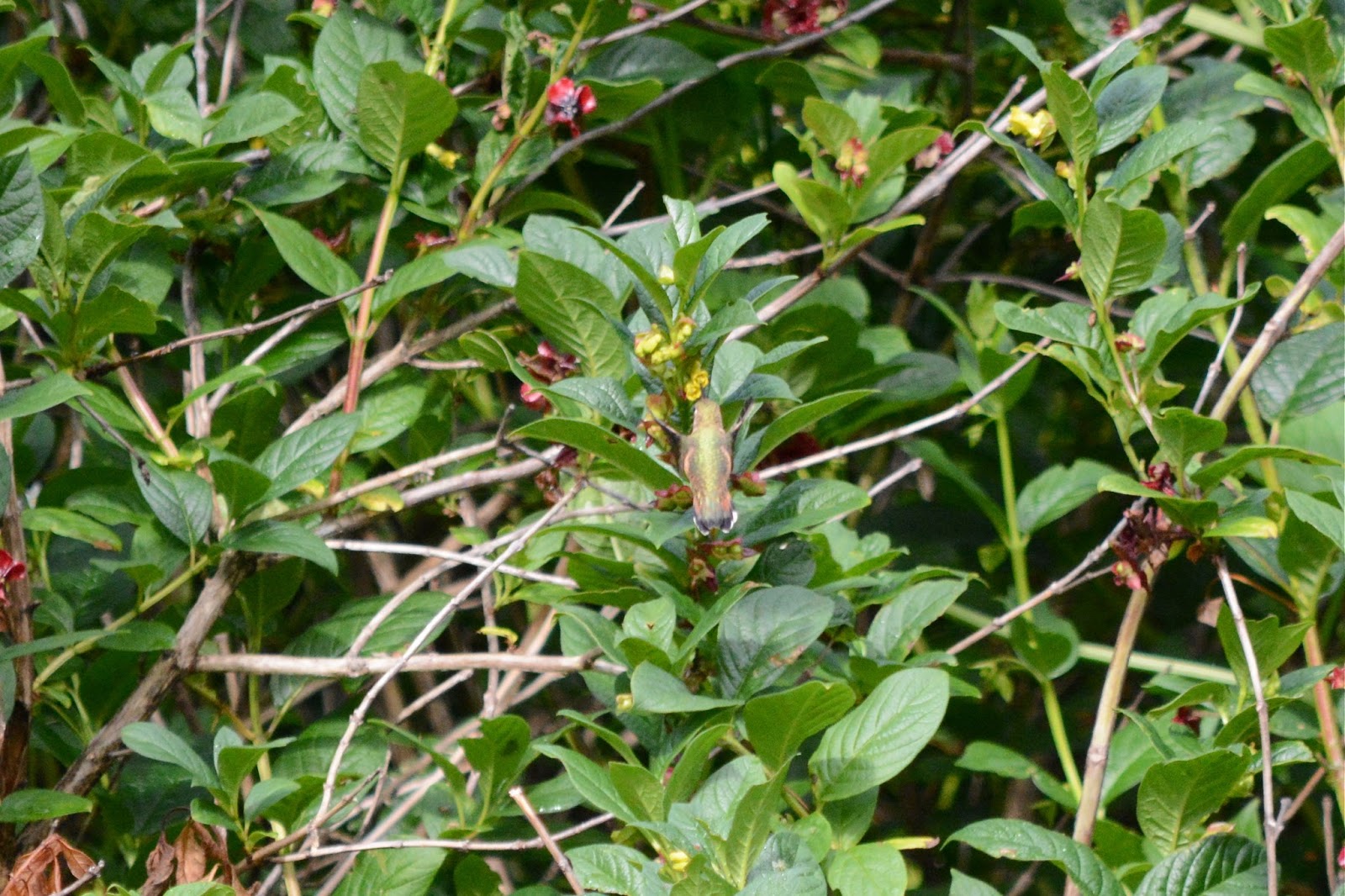 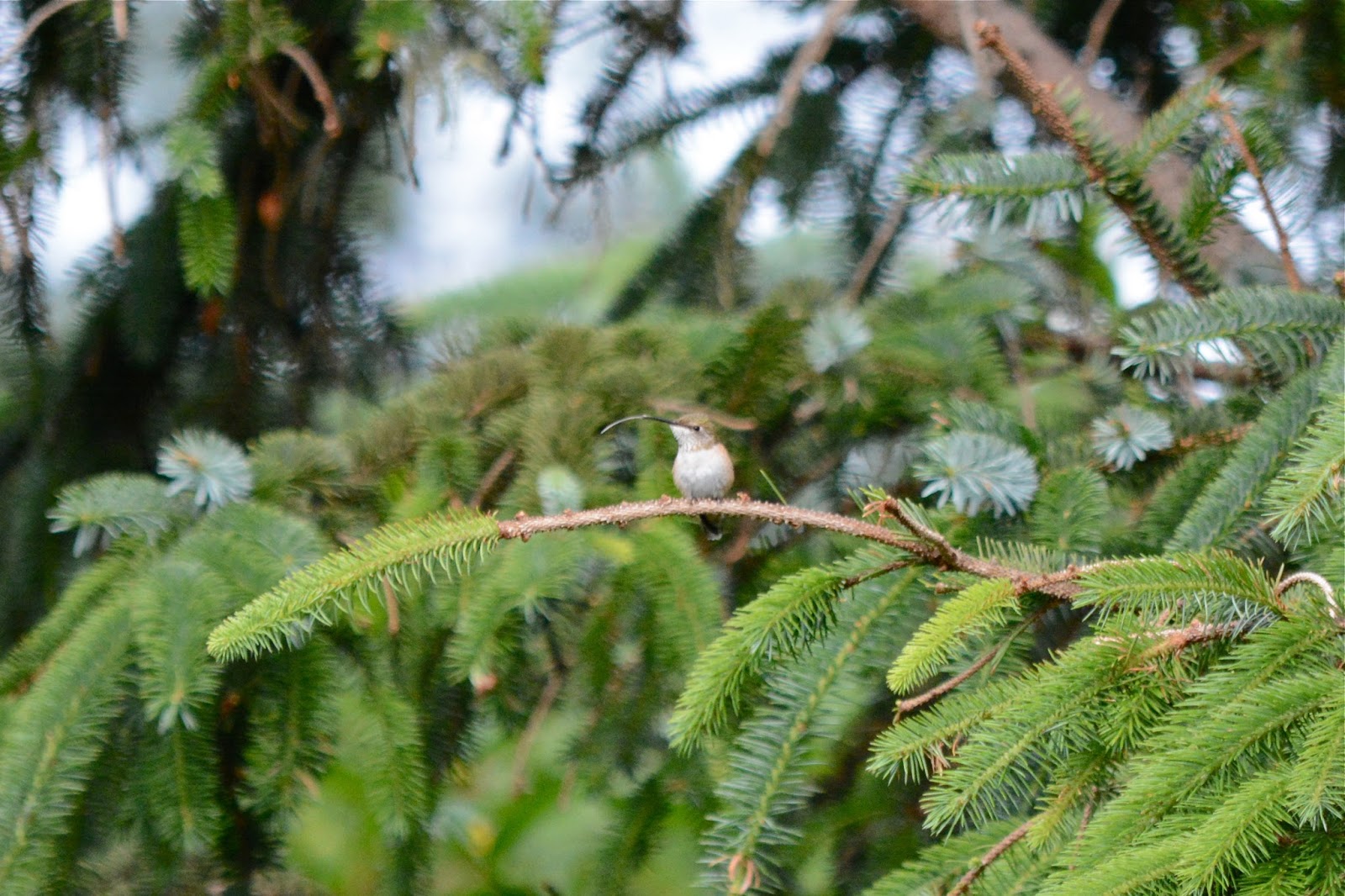 This Orange-crowned Warbler was letting it's orange crown out to play... 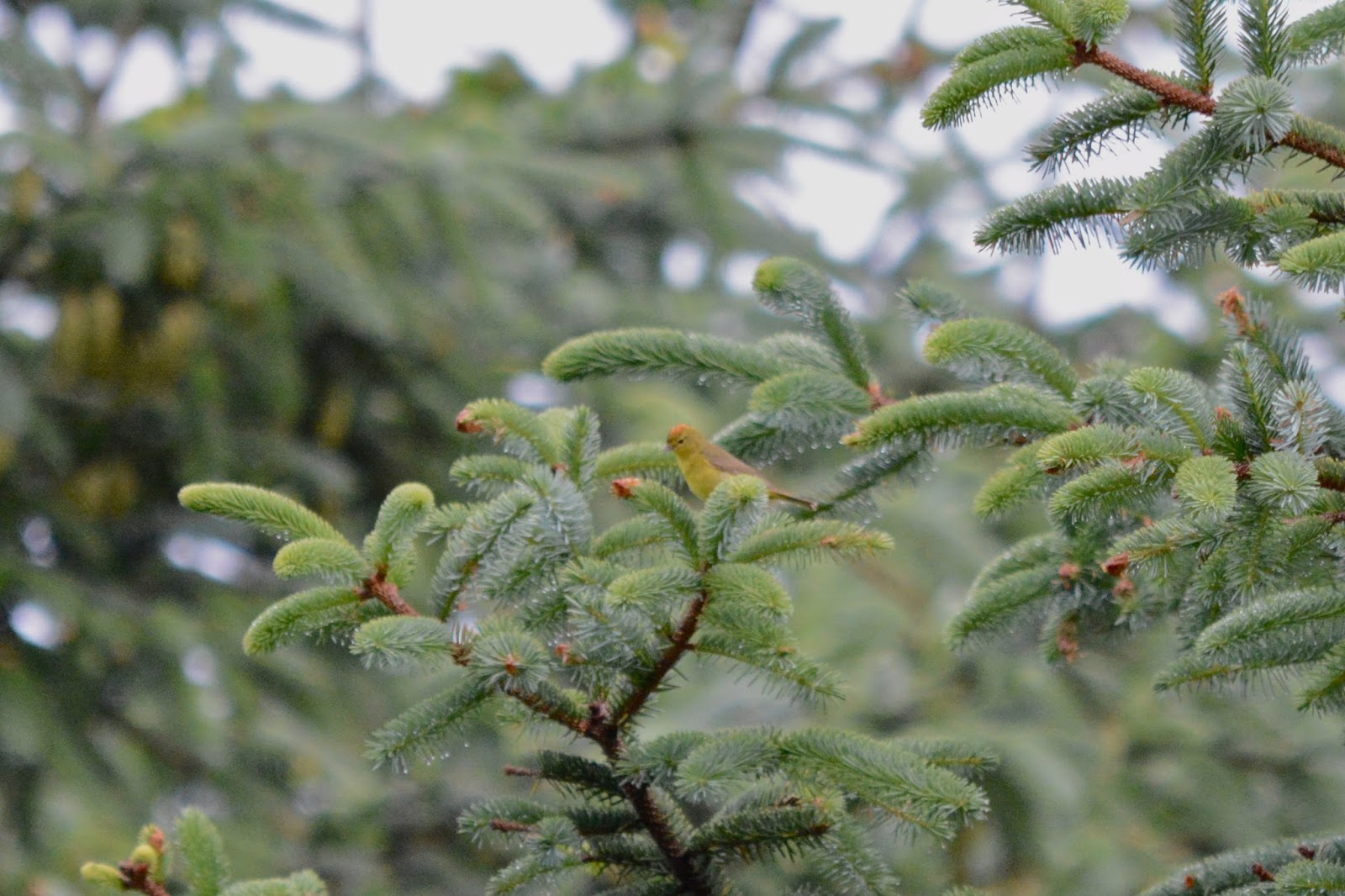 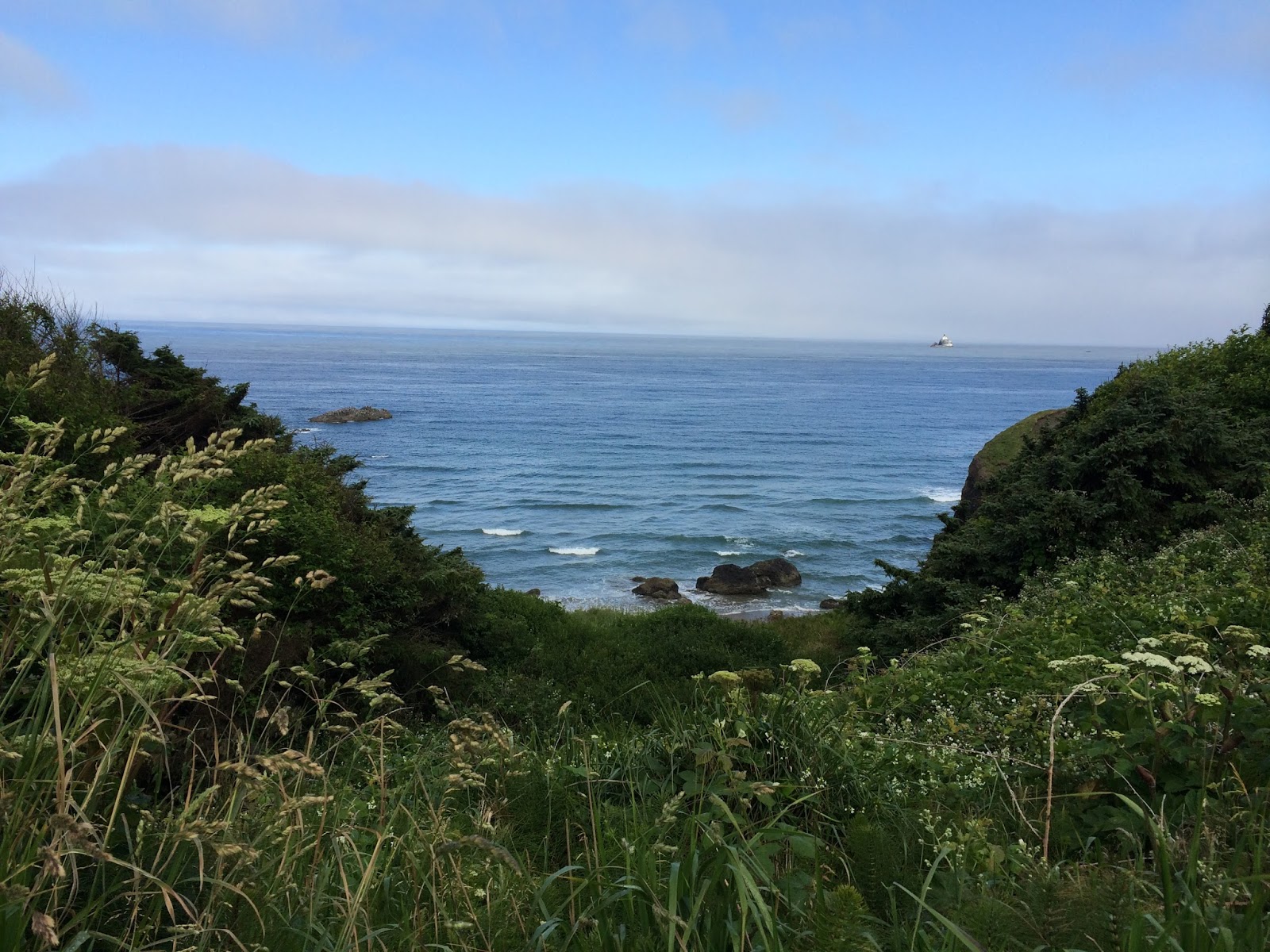 We finally left the coast and headed back into the mountains, stopping at a clearcut by the David Douglas summit. 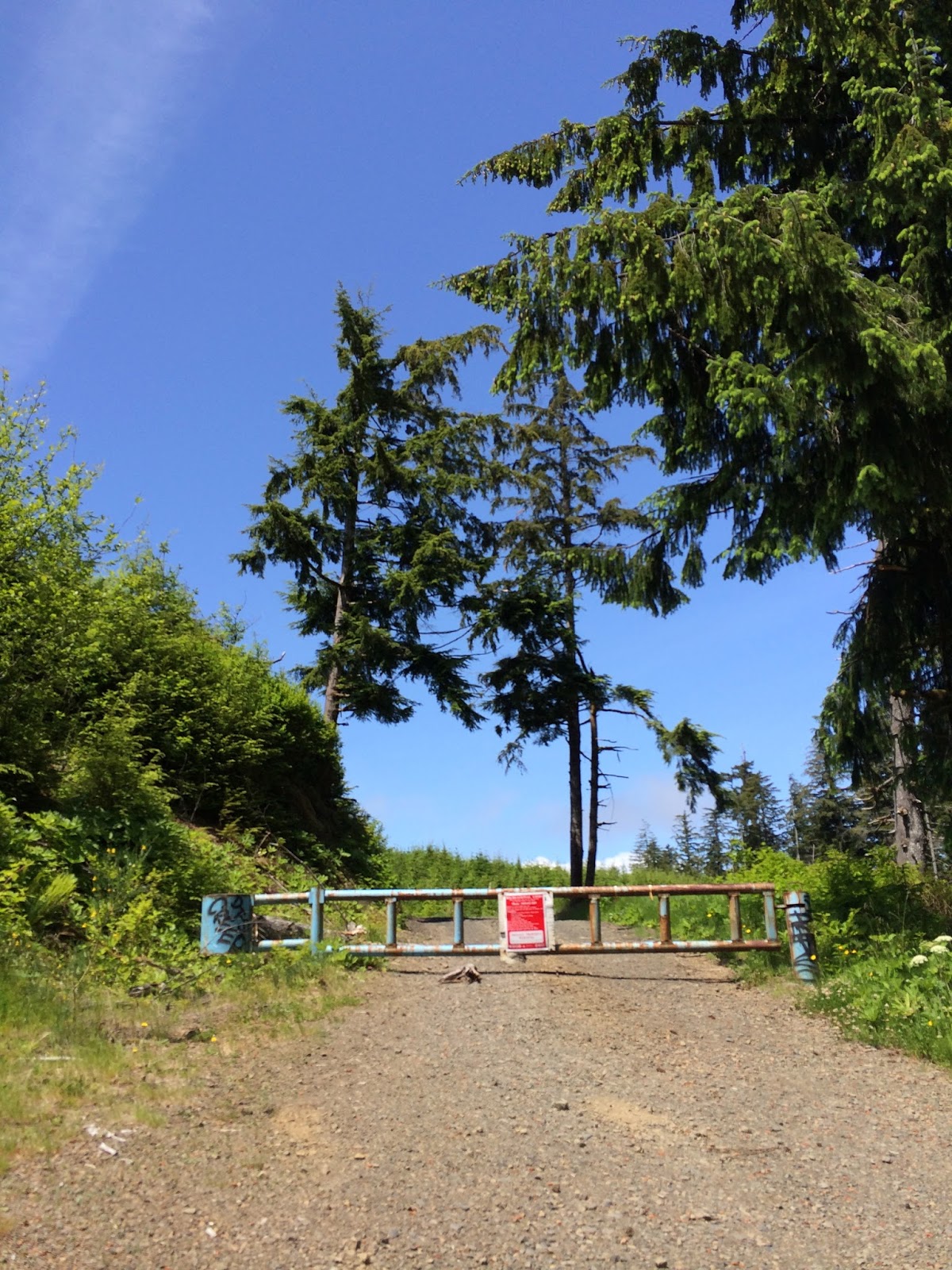 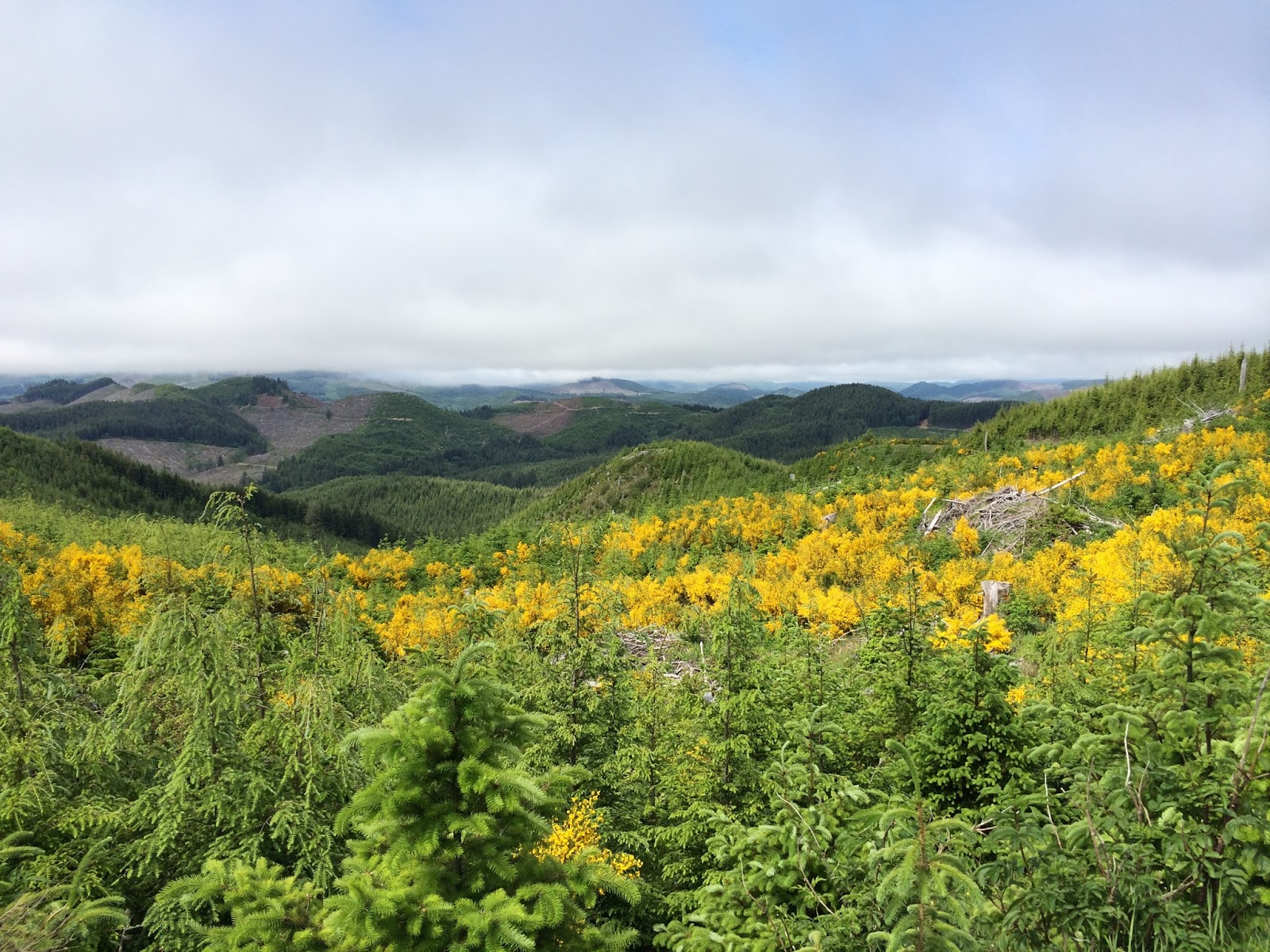