I'm back!  The last week was spent at Yellowstone National Park with my brother and his family, gawking at bears and Mountain Bluebirds and all that.  I drove out there with a couple stops in Idaho on the way there and the way back.  Since the idea of going through all my YNP photos is overwhelming, I have decided to begin with just the small Idaho stops. 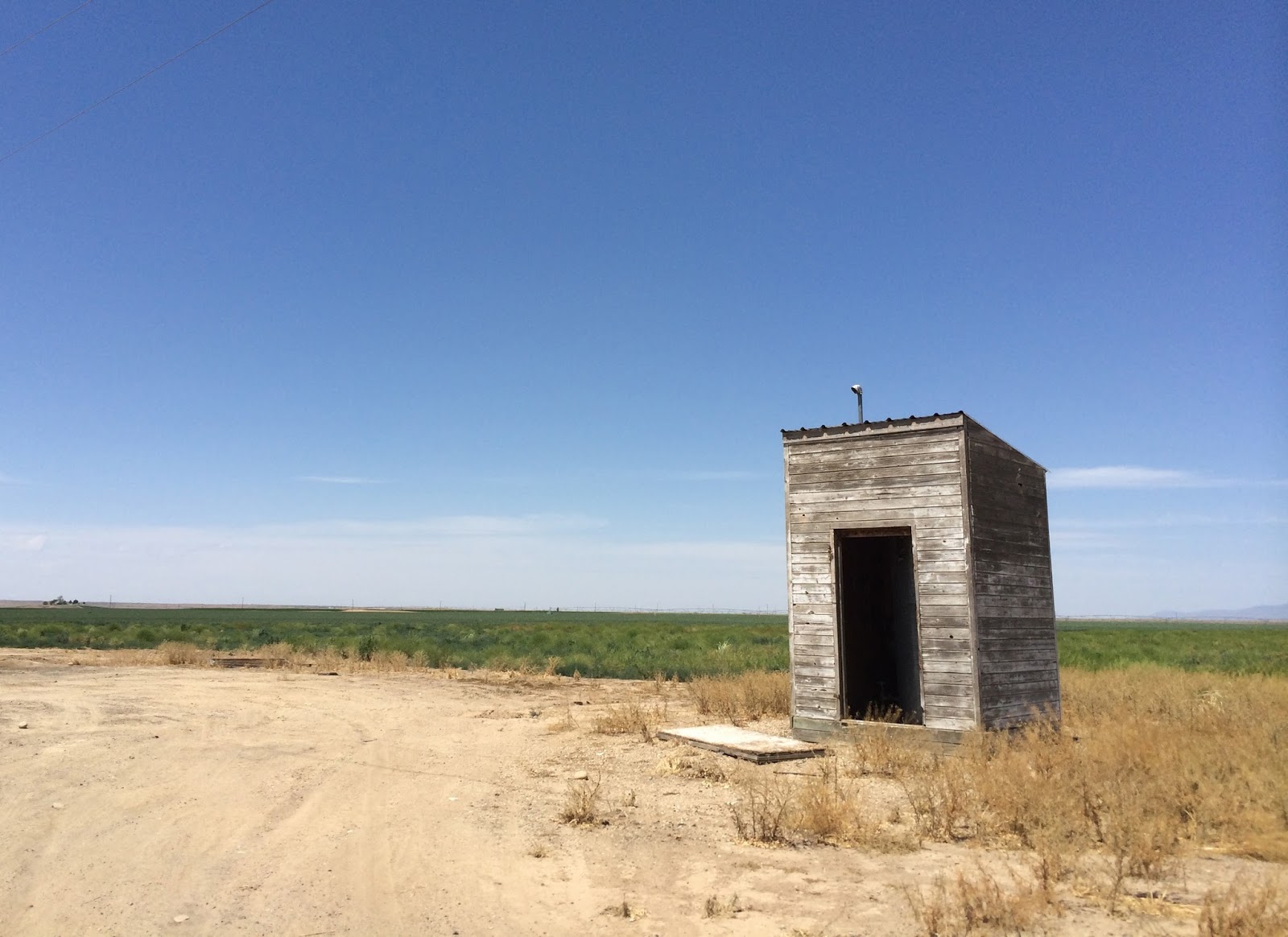 There are some farm roads outside of Boise near the Snake River Birds of Prey Natural Conservation Area that looked interesting on eBird.  I was hoping for Burrowing Owls but never located any, perhaps because it was damn hot by the time I got there.  There were other birds though... 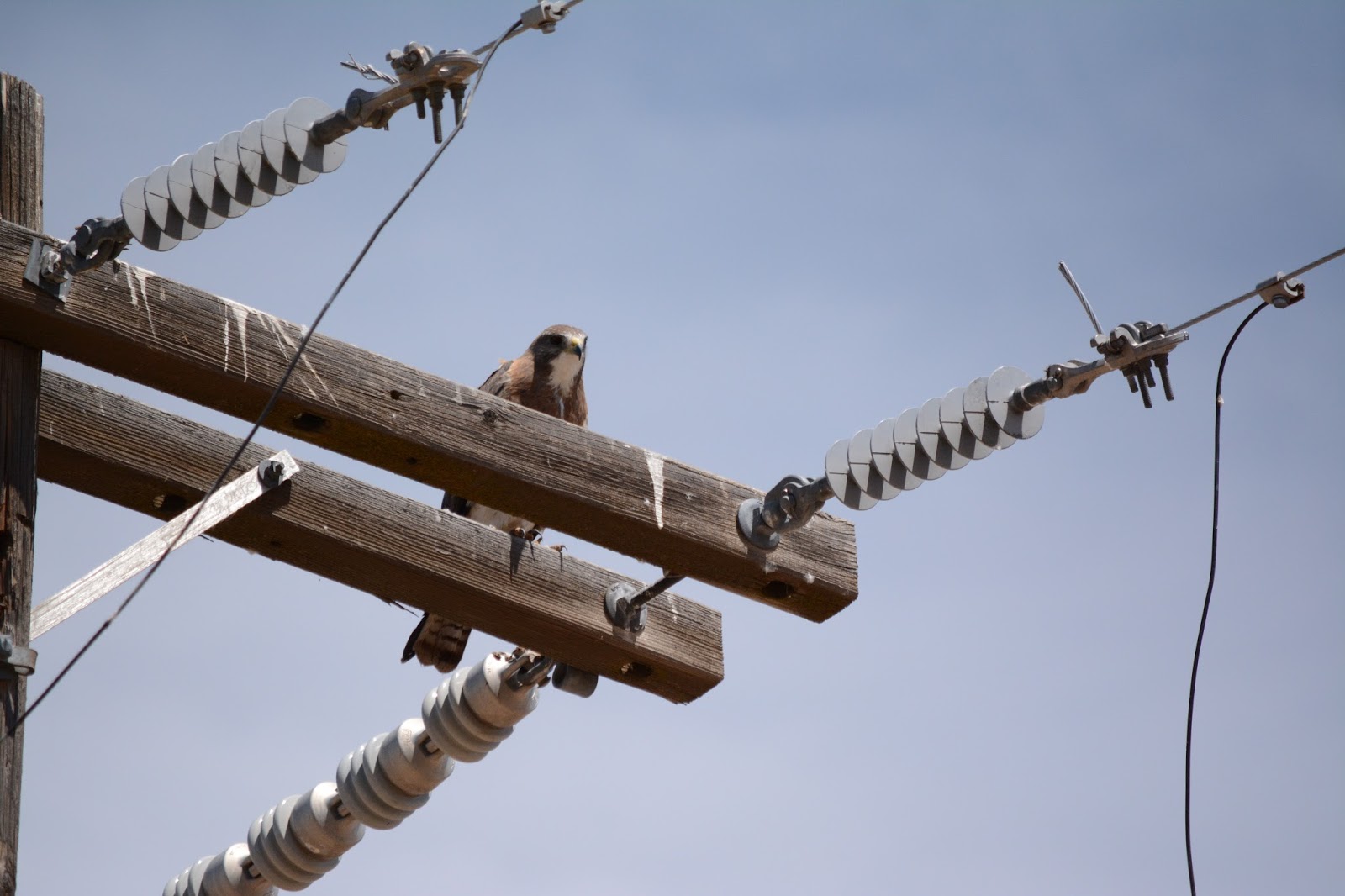 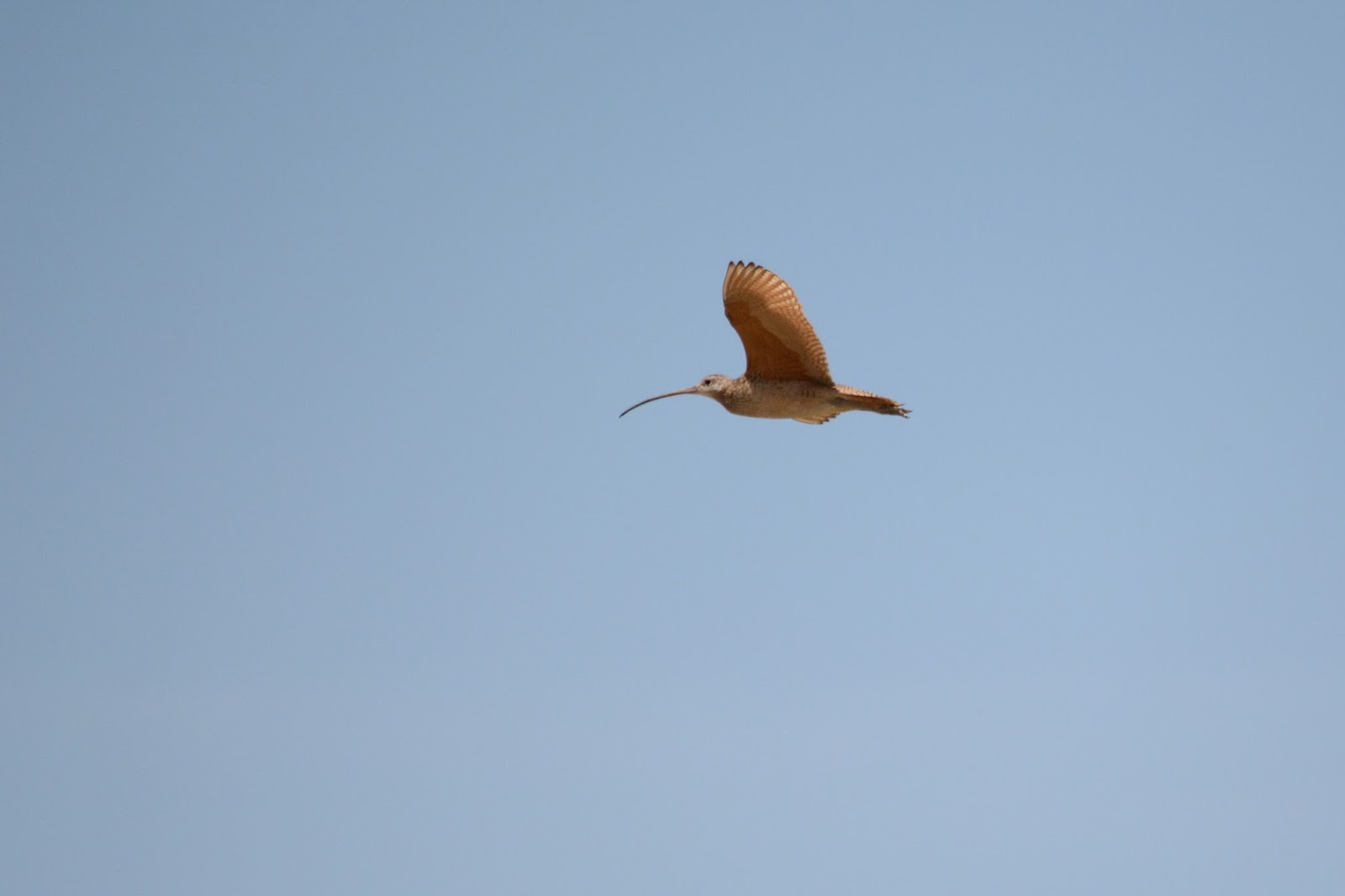 This area was crawling with ground squirrels.  There were road-killed squirrels everywhere, and sadly even I contributed to this mess.  The cleanup crew was not at all who I expected though: 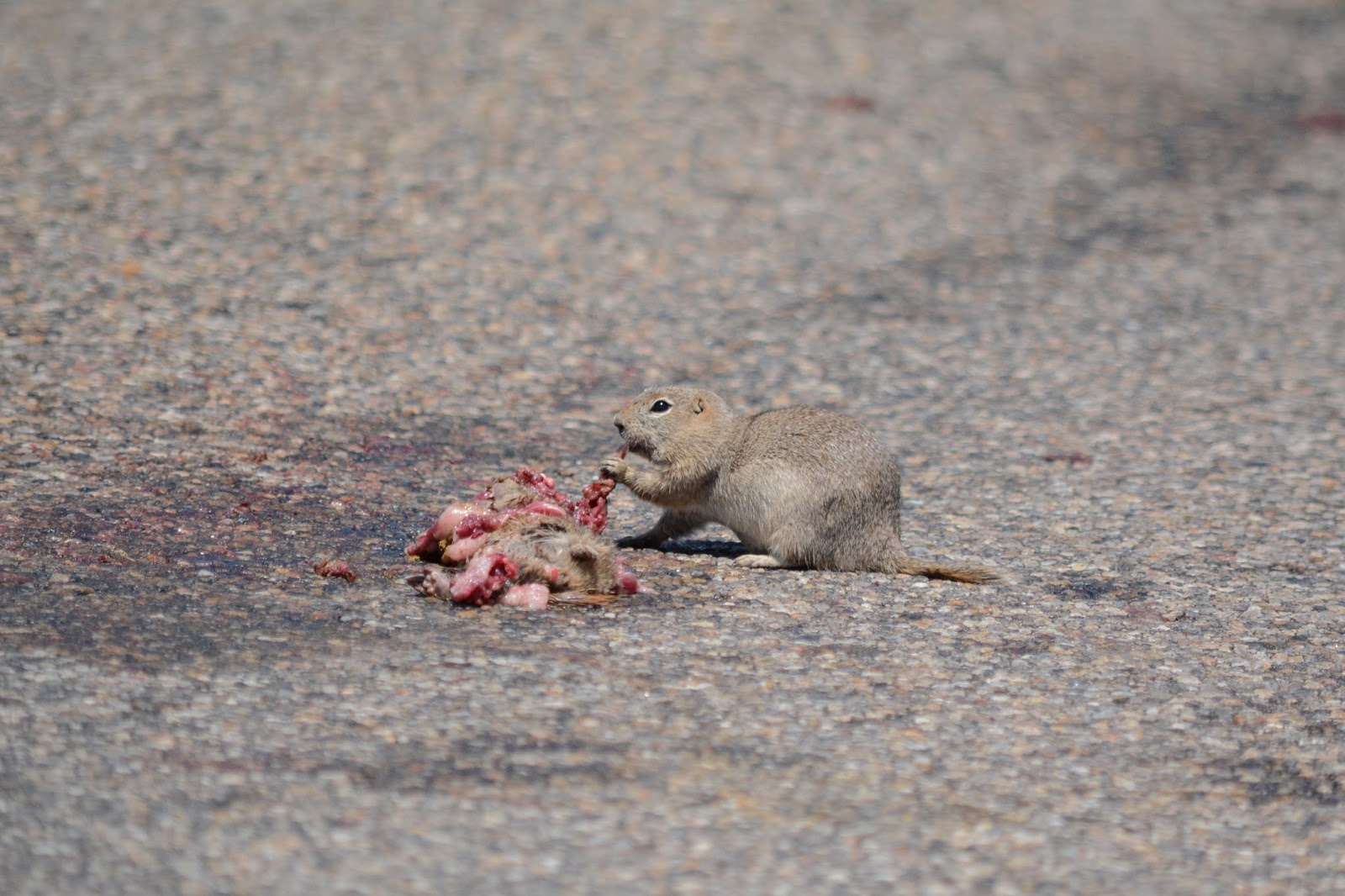 On my drive back from Yellowstone I stopped at Camas National Wildlife Refuge in Hamer, Idaho.   Unfortunately most of the areas labeled "marsh" or "pond" on the map were actually completely dried up.  The brochure mentions sometimes there's not enough water from the river and they have wells and pumps to provide extra water.  Apparently, this was not the case. 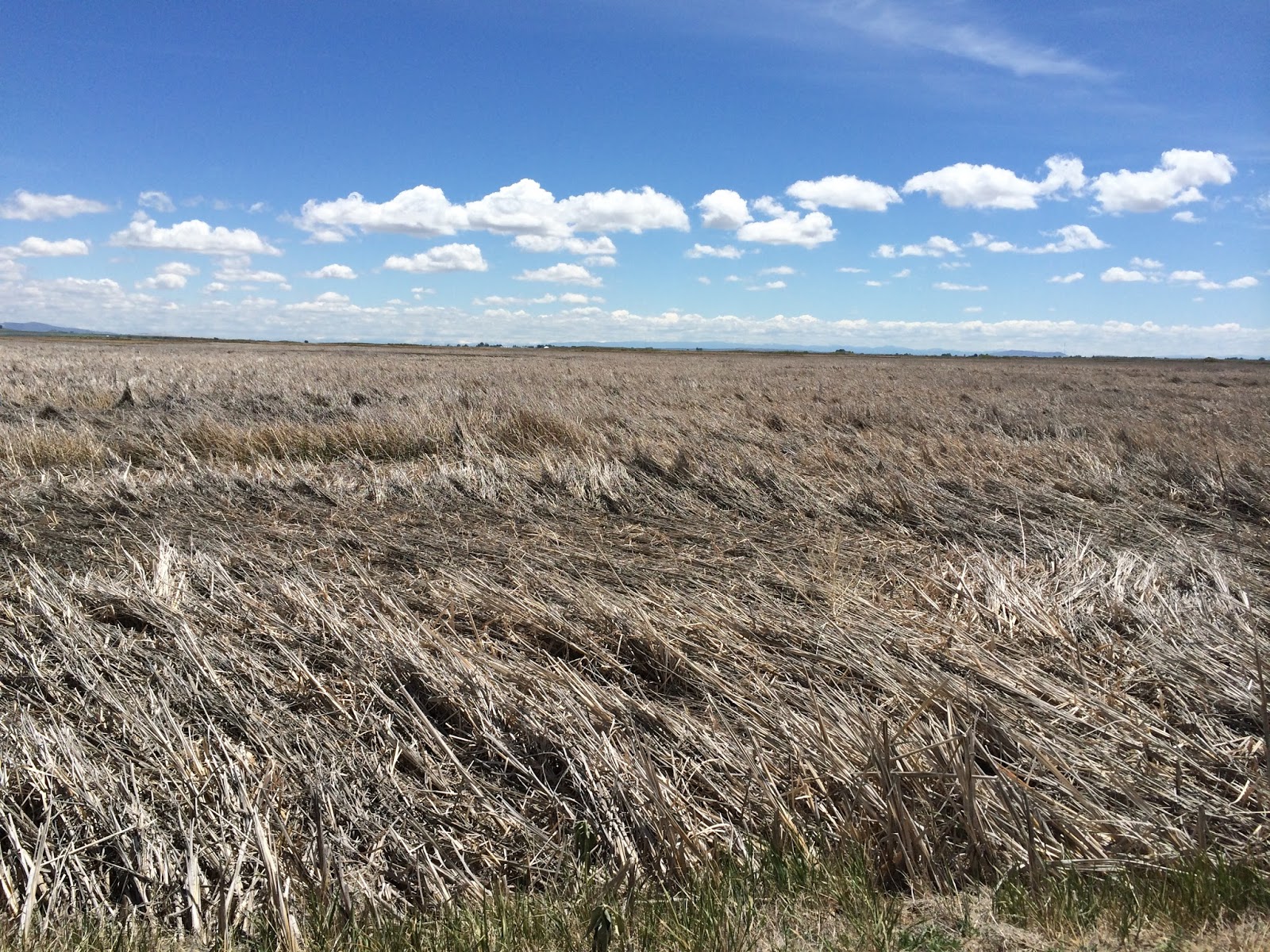 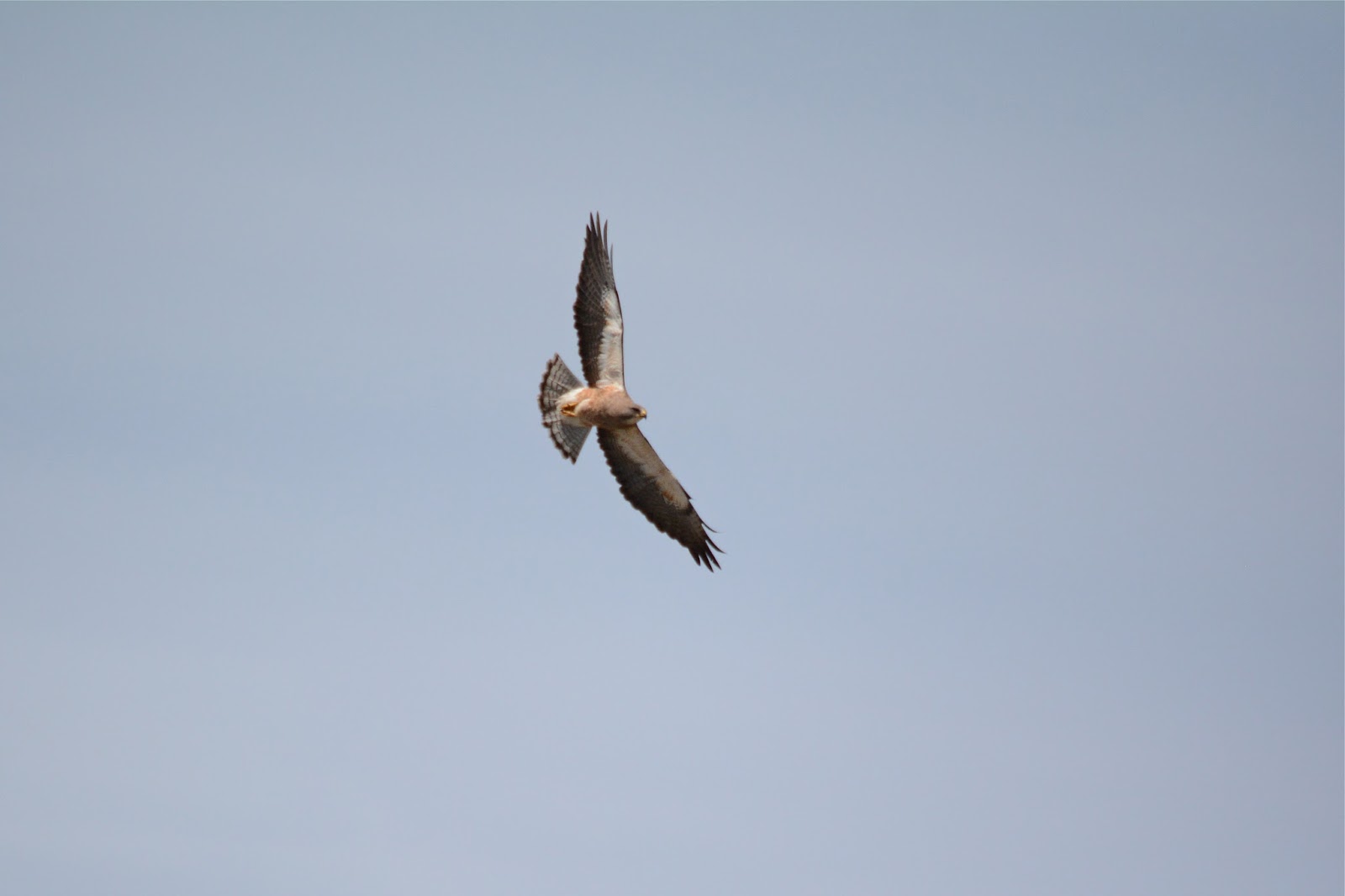 The ponds closest to the entrance did have water and that's where I saw most of the birds, like a million Yellow-headed Blackbirds. 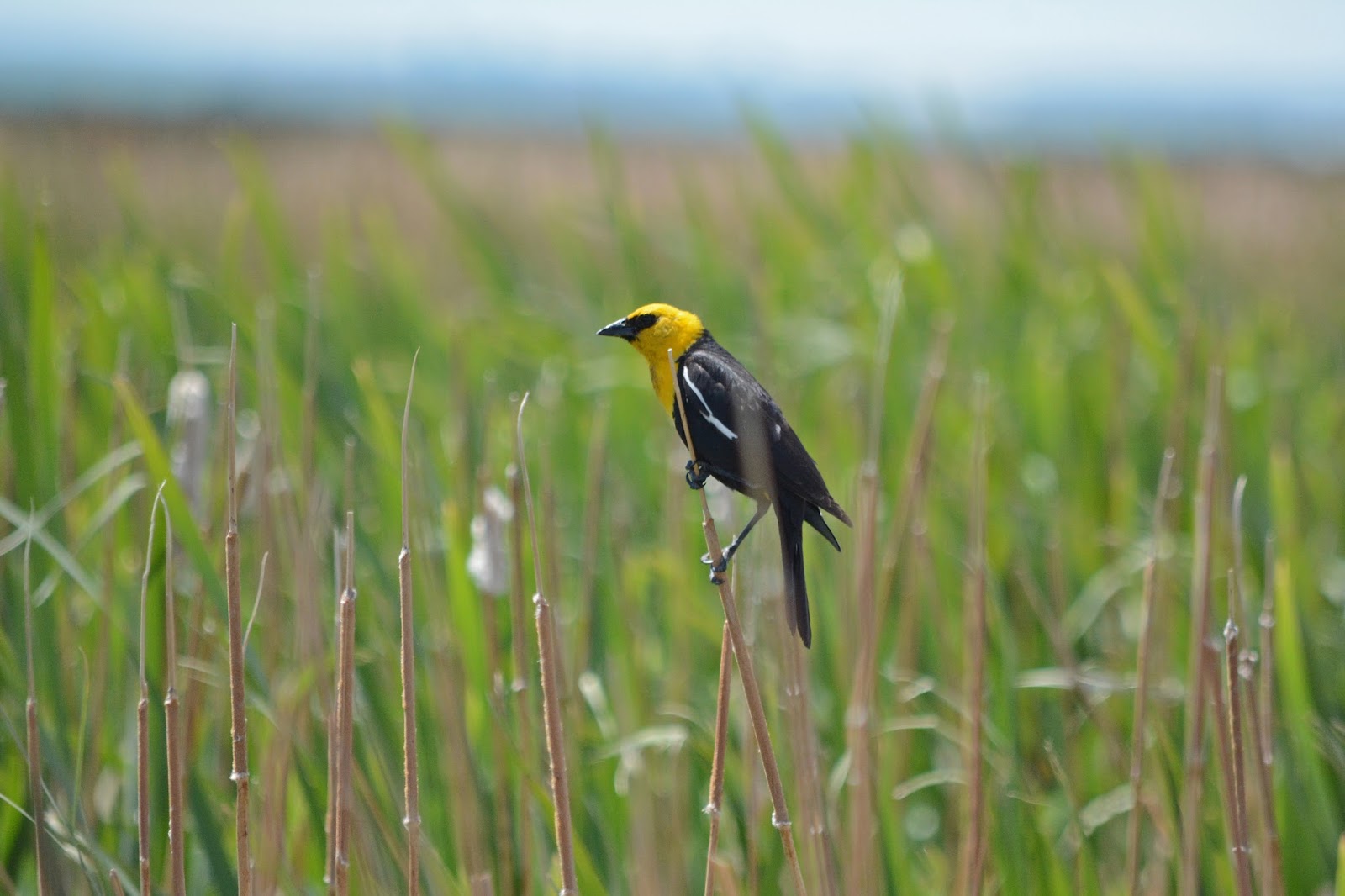 I don't remember ever seeing Northern Shoveler ducklings before so I was psyched to see these guys: 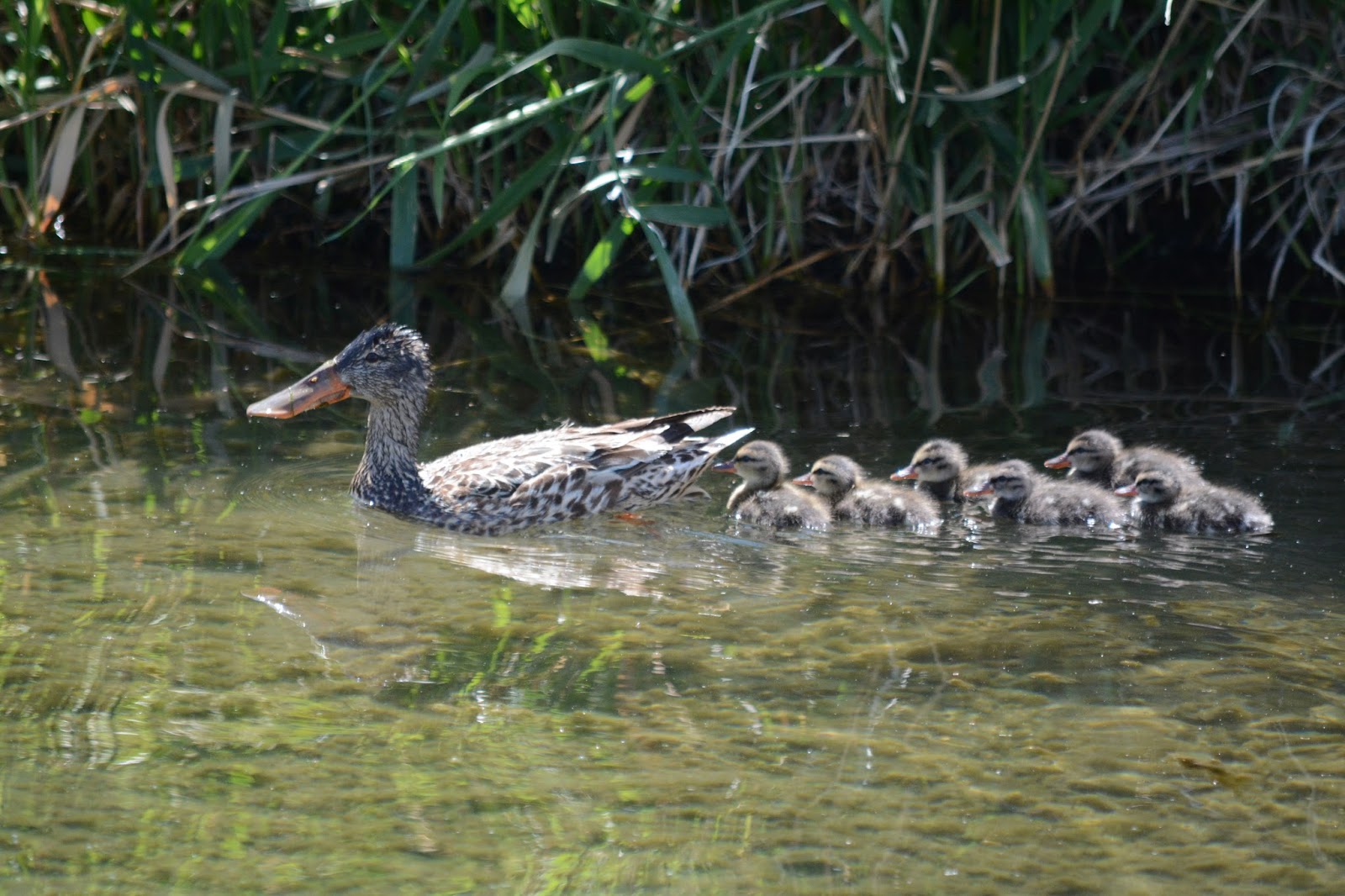 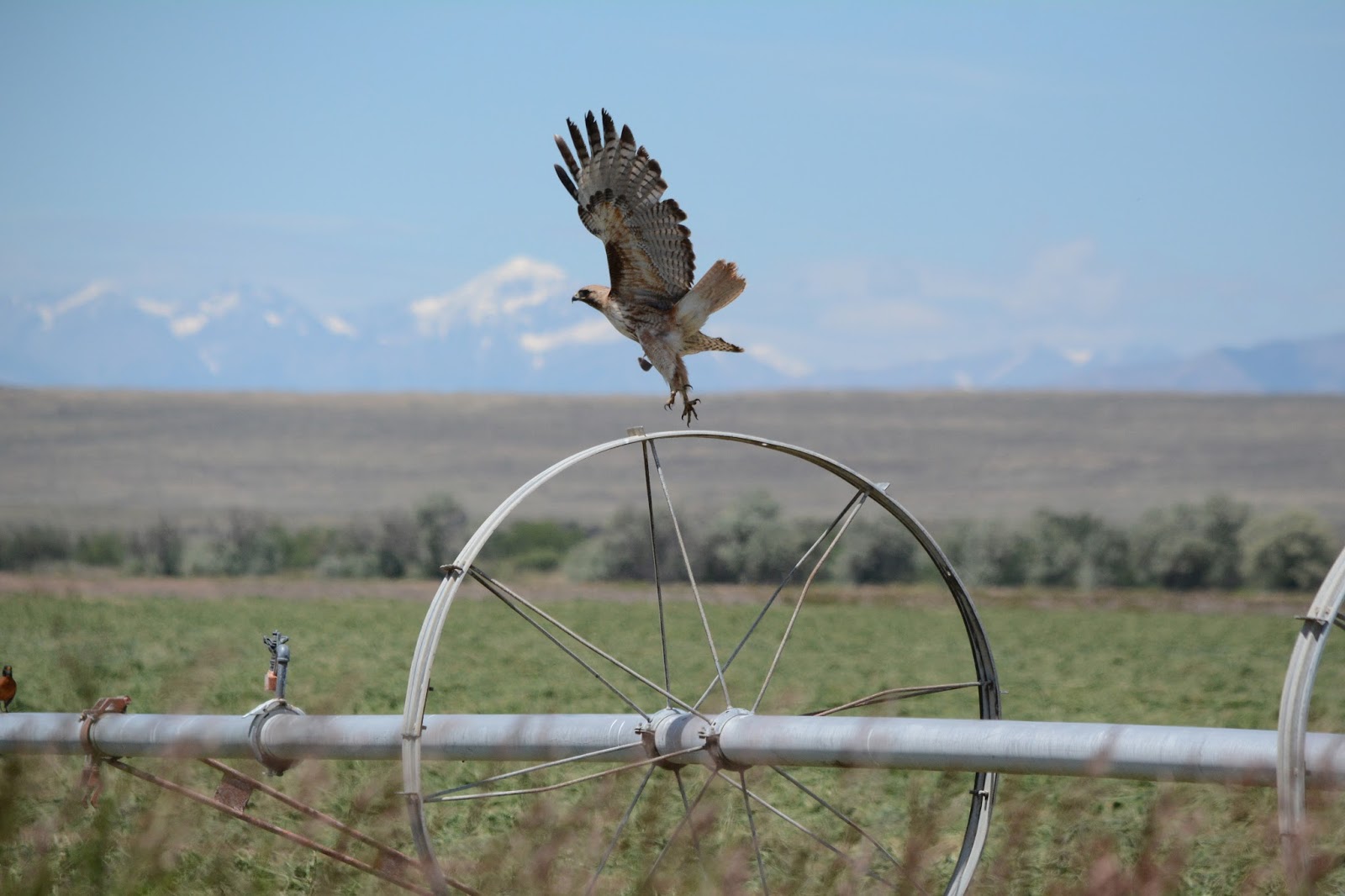 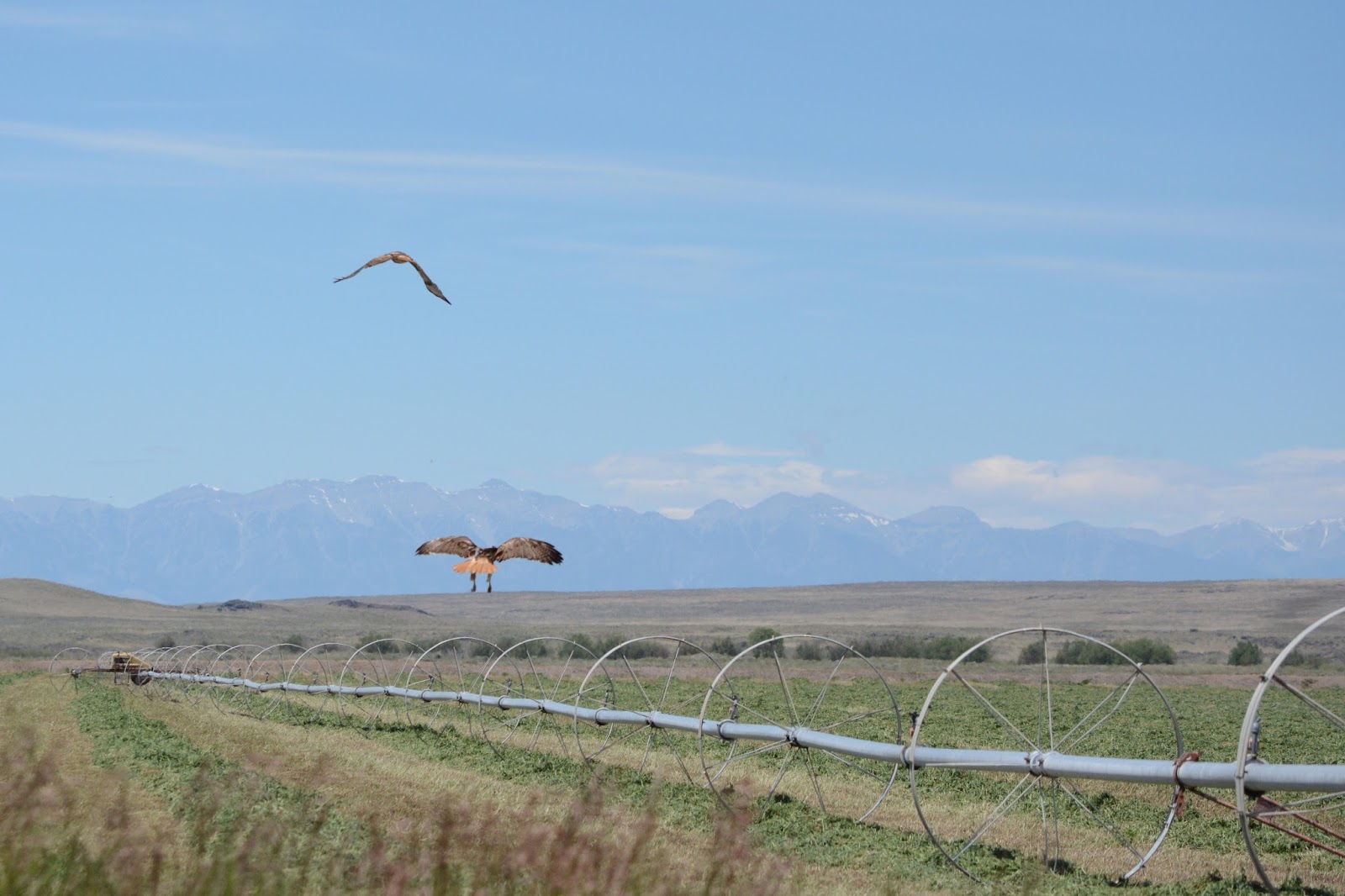 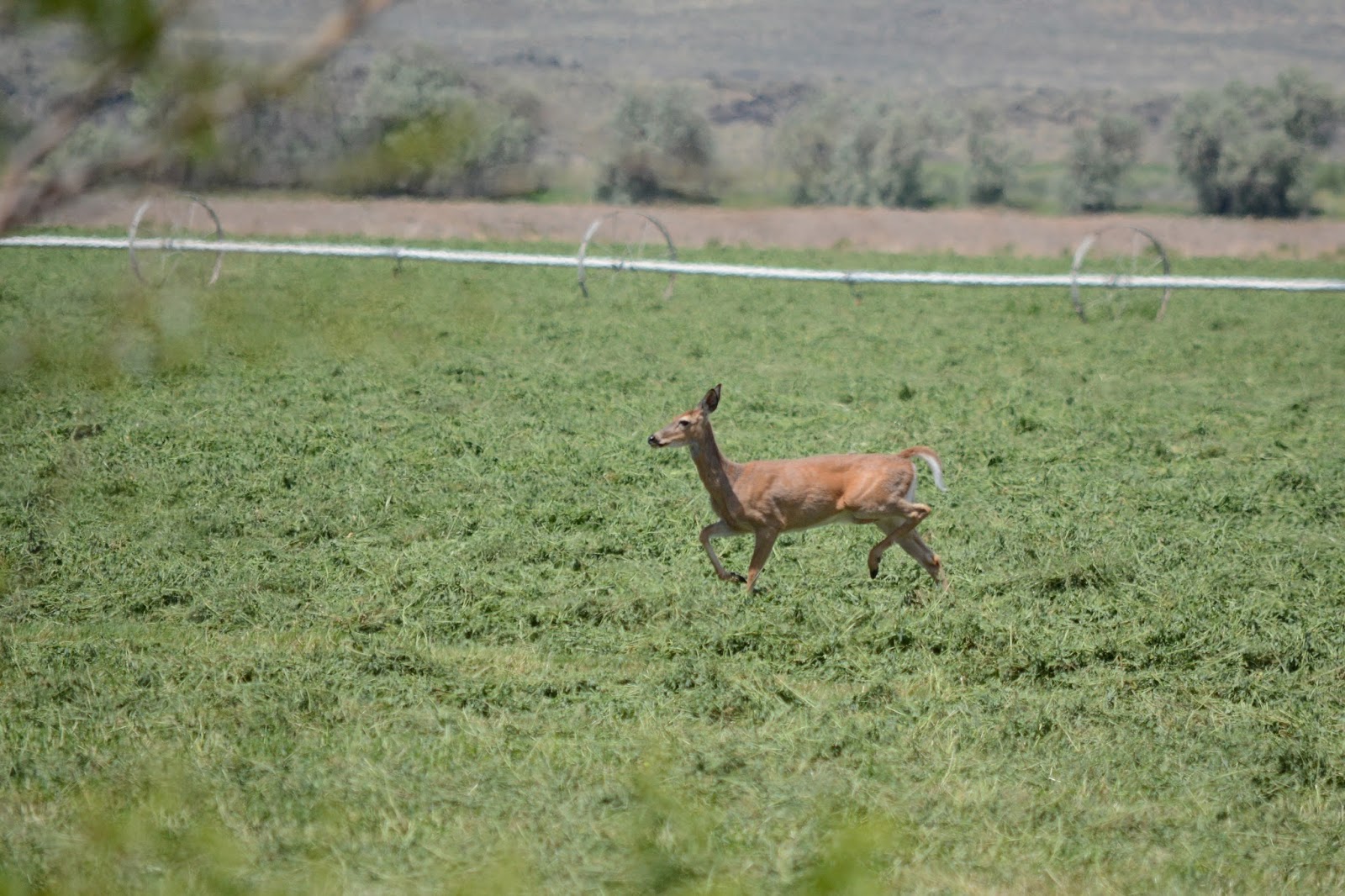 Despite how many photos of this last mammal were posted around the refuge, I was still shocked when I found one grunting in the reeds: 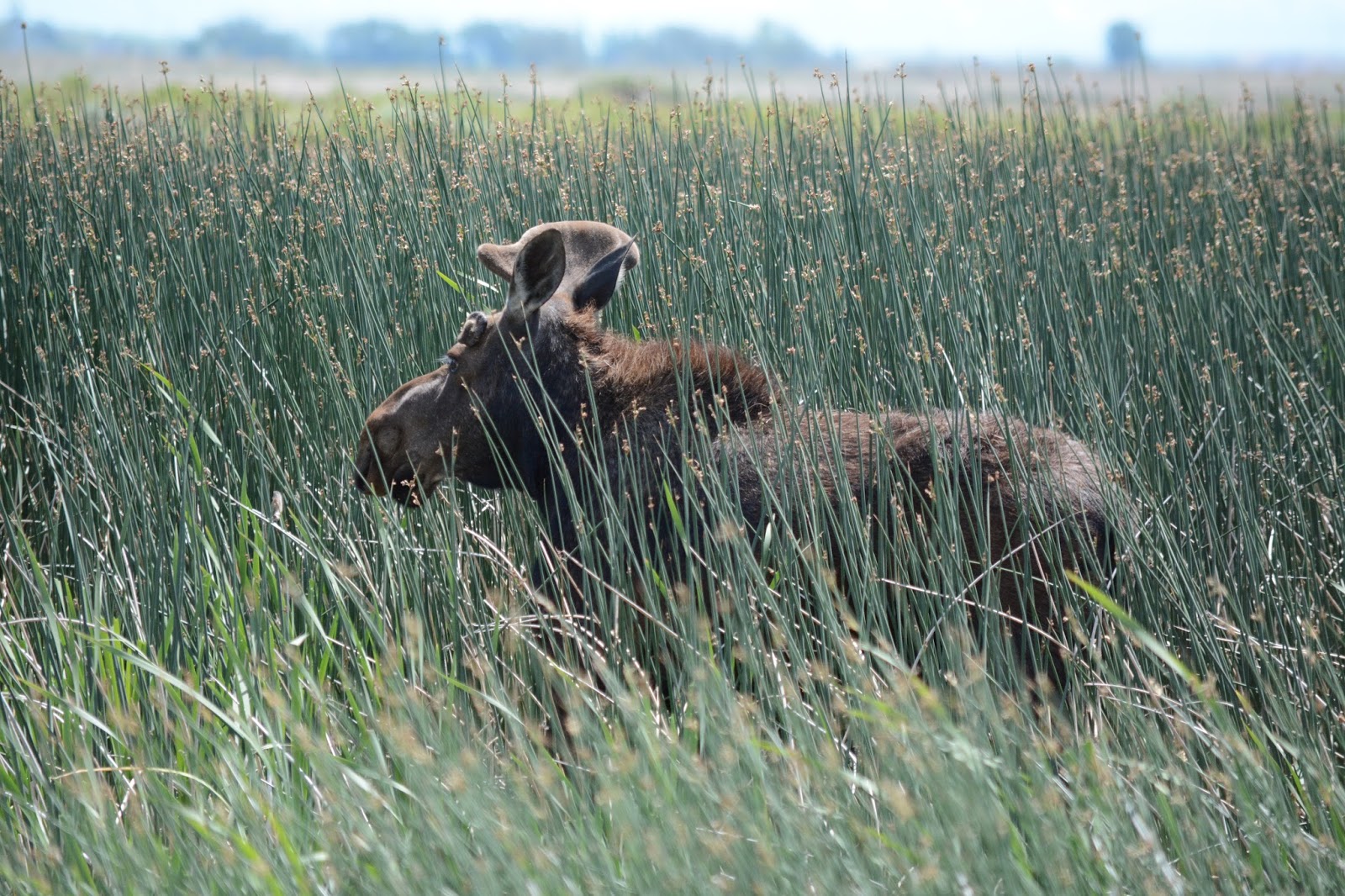 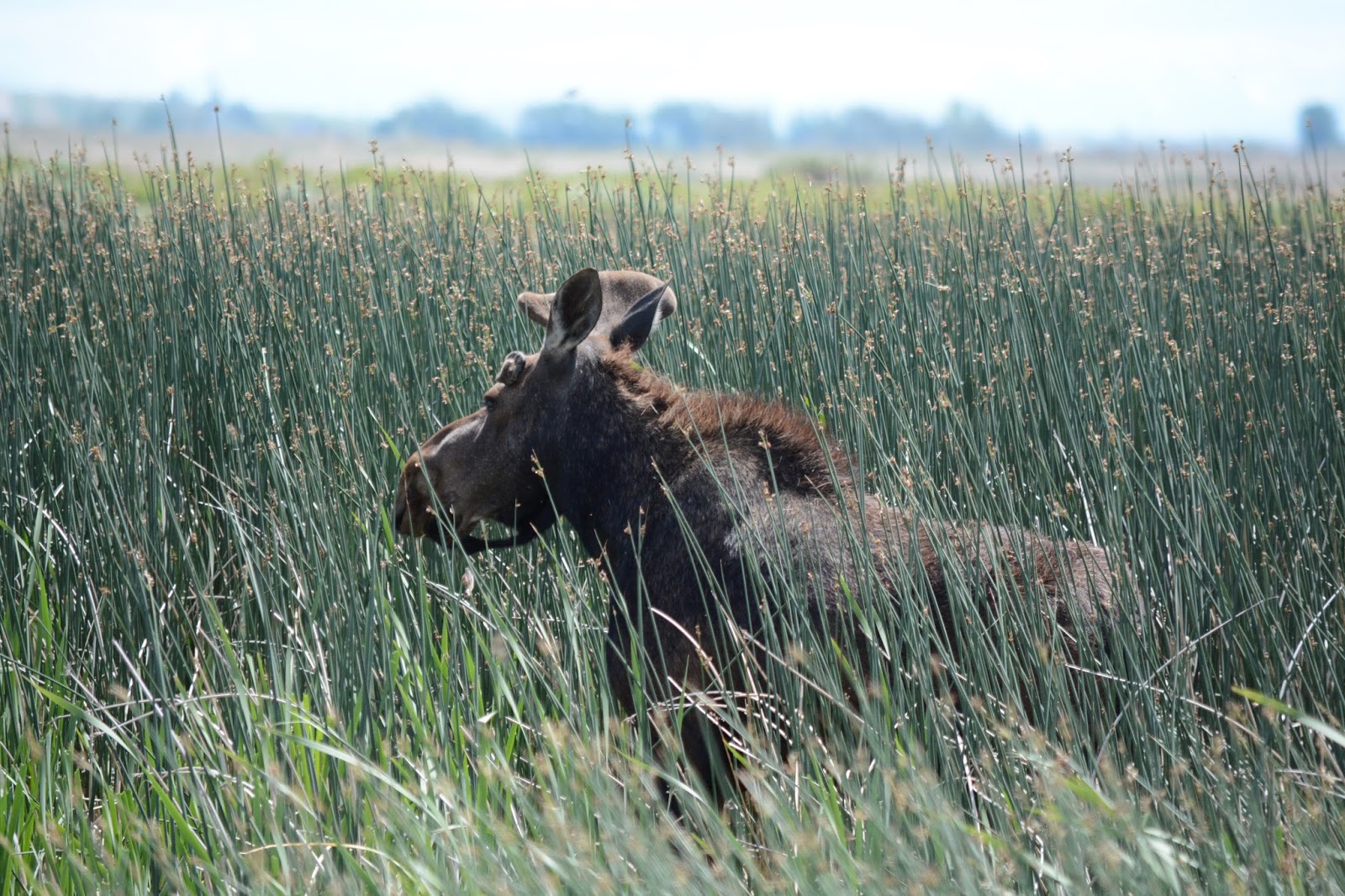 He just slowly walked deeper into the reeds till I couldn't see him anymore.  Wild.  This earned Camas NWR some major redemption in my book.

After leaving the refuge I made a roadside stop along I-15 when I saw a big pond with a ton of birds flying around it.  Mostly Franklin's Gulls, but also Forster's Terns, Black Terns, a California Gull, and an American White Pelican.  White-faced Ibises flew by in the distance. 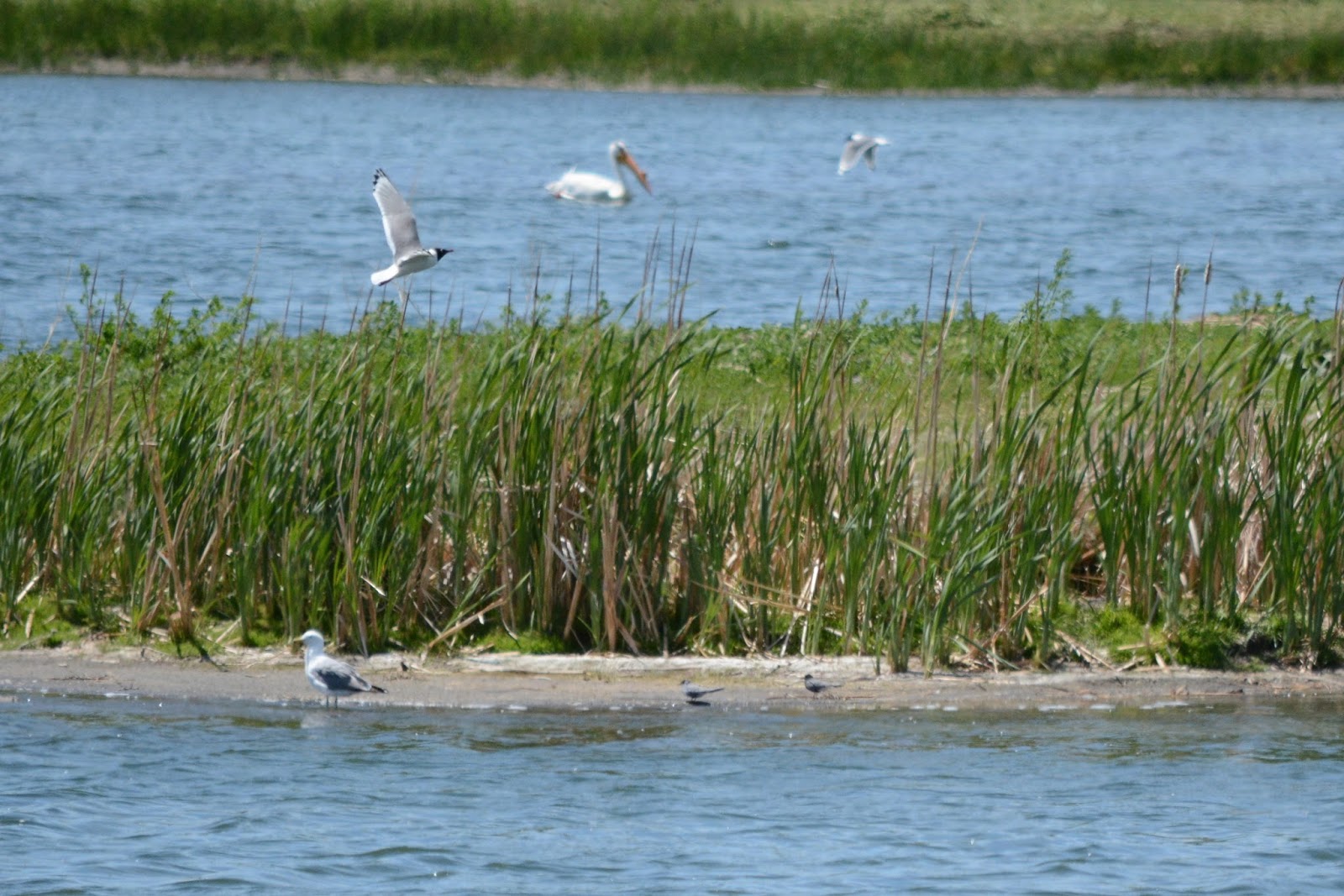 Four of the above-mentioned species

That was about it for Idaho.  It was my first time birding there (beyond the Safeway in Moscow), and I hope to explore the more northern forests and mountains there someday.  It's really a beautiful state. 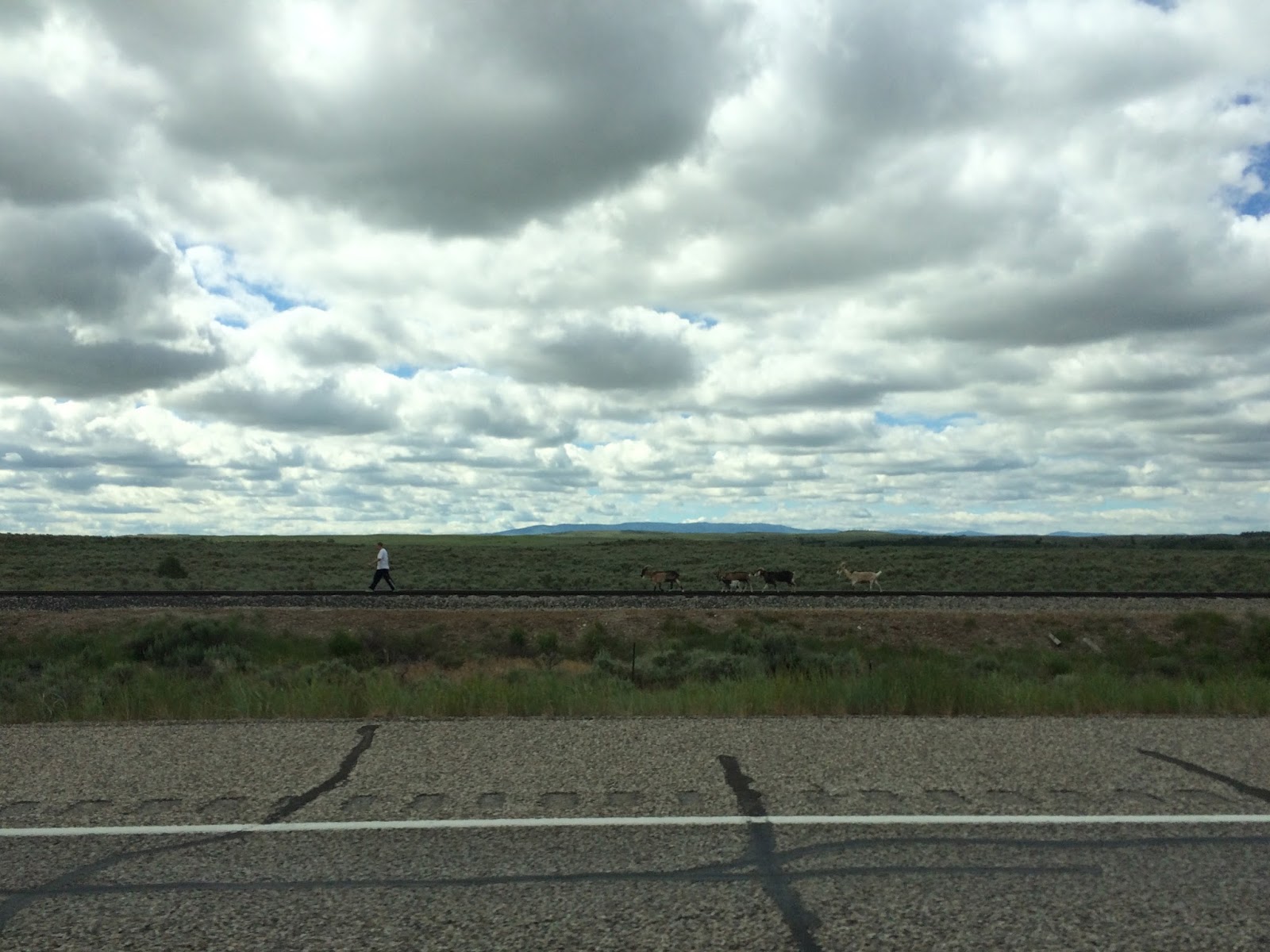 Goat-walking on the train tracks