My brother and I woke up early one morning to head out to Lamar Valley and look for wolves at a bison carcass a ranger had told us about.  Unfortunately my excellent navigation skills took us right past the turn for Lamar Valley and we ended up driving pretty far south before realizing my mistake.  We did find lots of black bears during this misadventure. 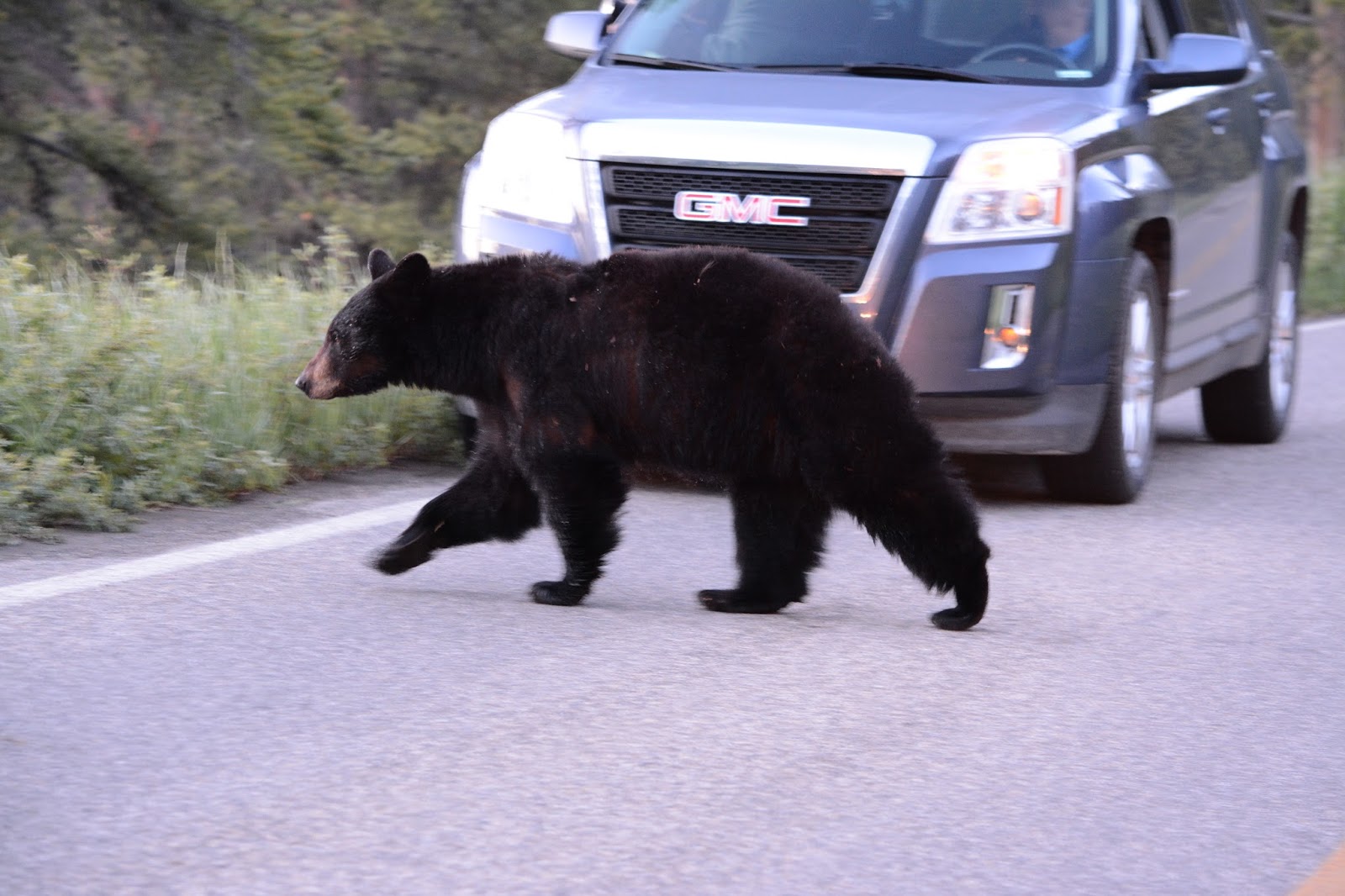 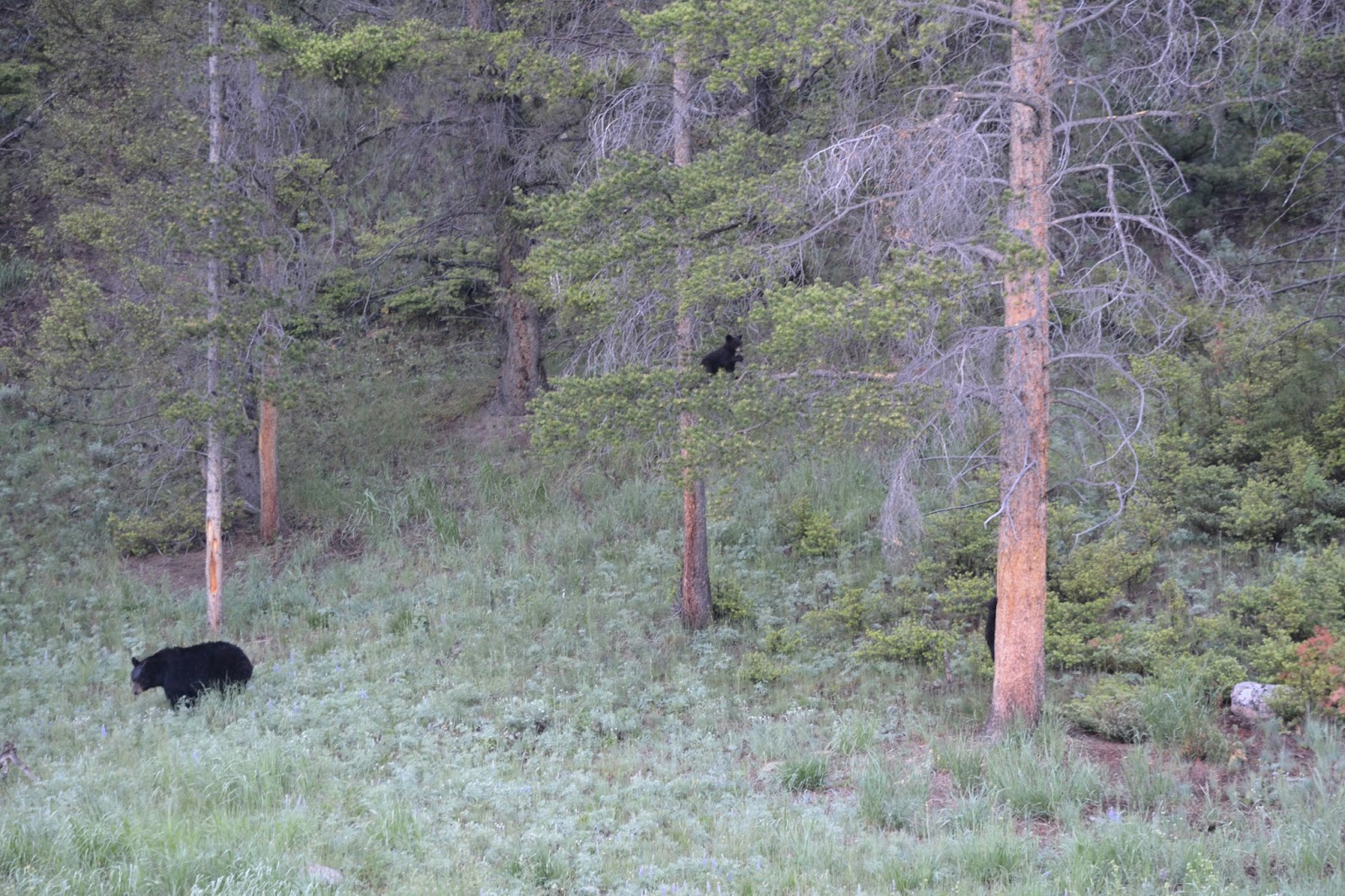 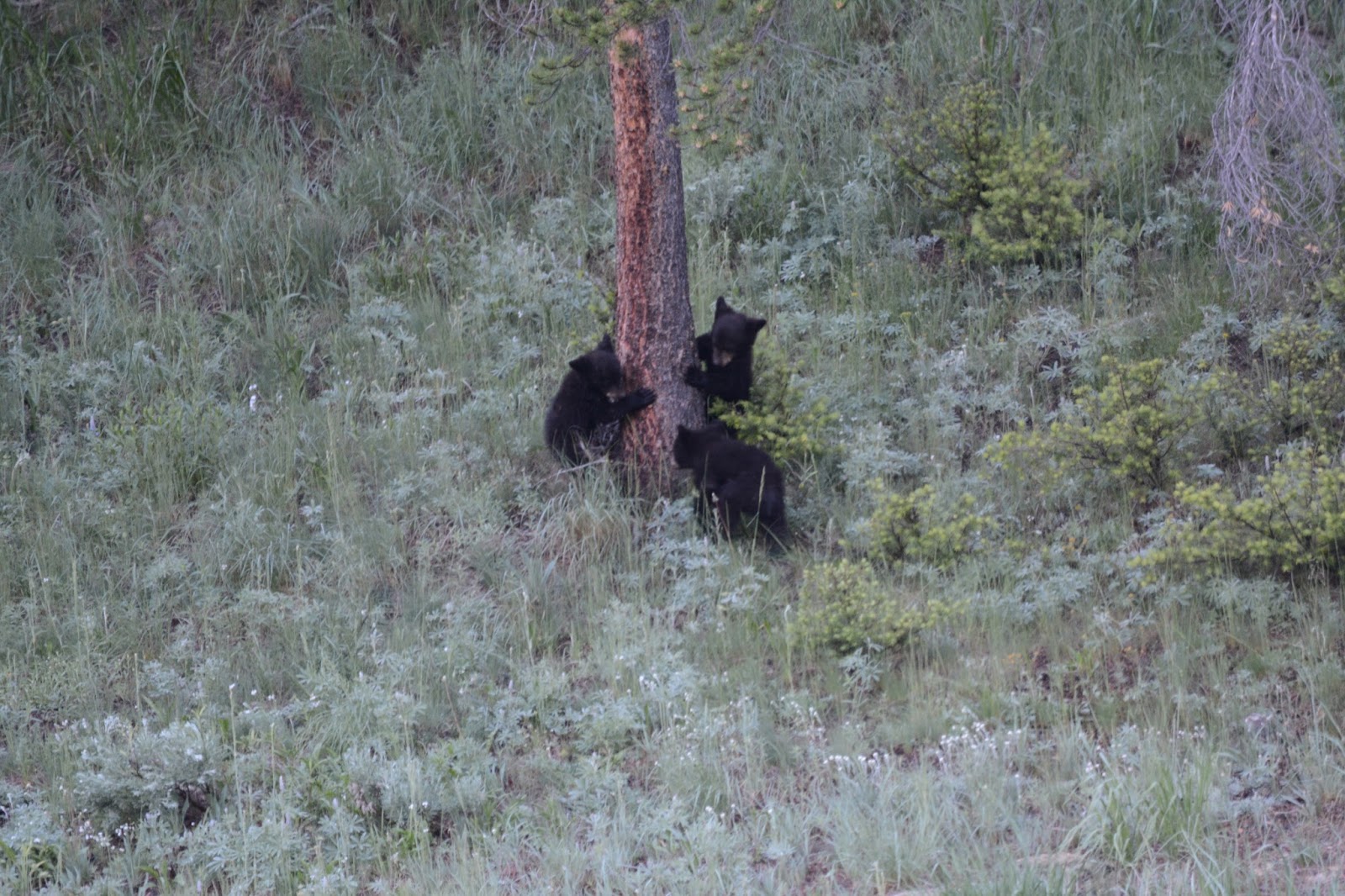 Eventually we made it to Lamar Valley and to the bison carcass we had heard about.  A grizzly had just finished up and was running in the opposite direction.  We overhead a guy say he had just seen wolves at a second bison carcass a few miles up the road.  We jumped back in the car and drove up there. 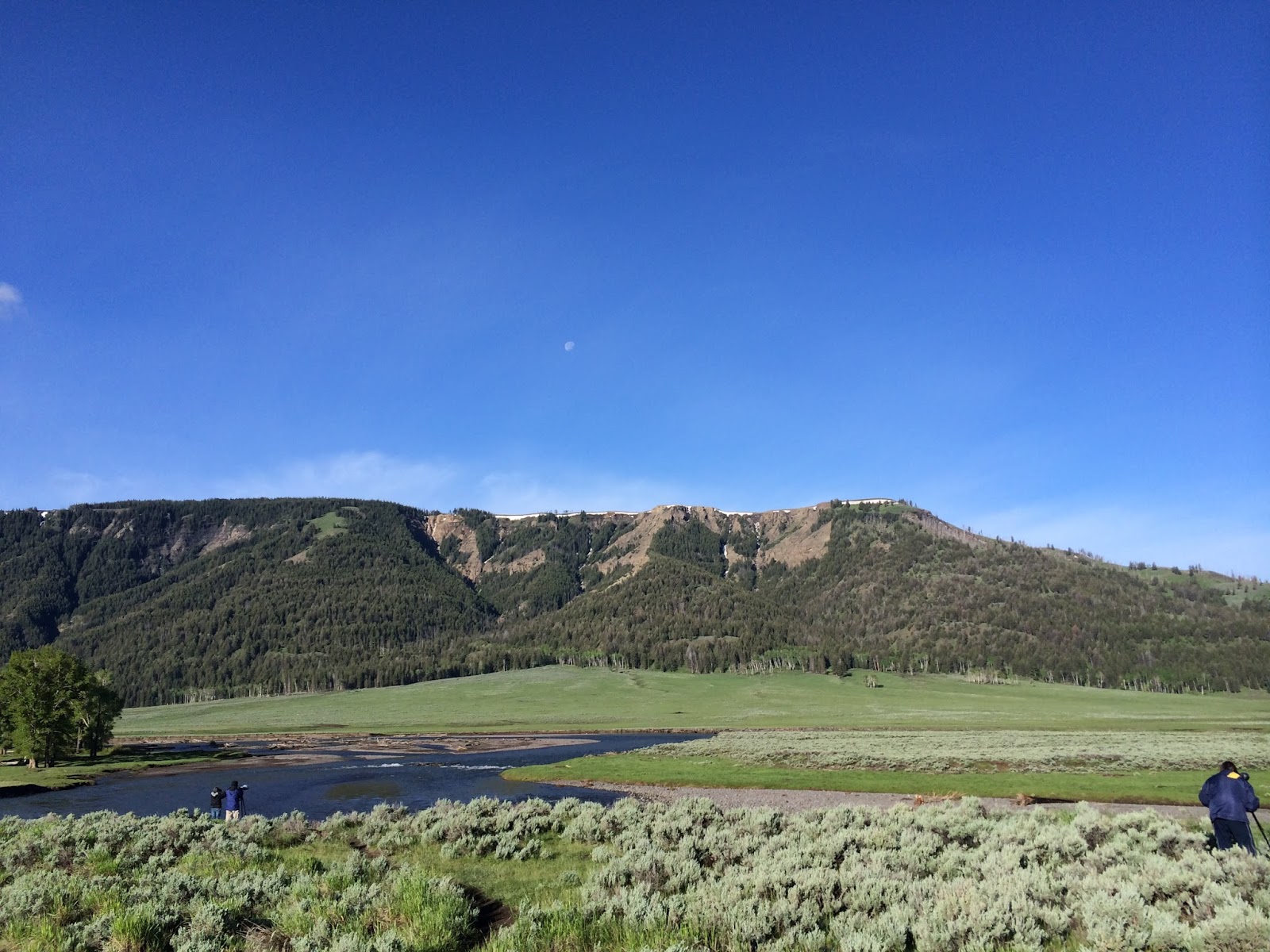 But we missed the wolves.  Instead the carcass was hosting a coyote and about forty ravens.  As we watched someone pointed out a grizzly bear slowly approaching the carcass. 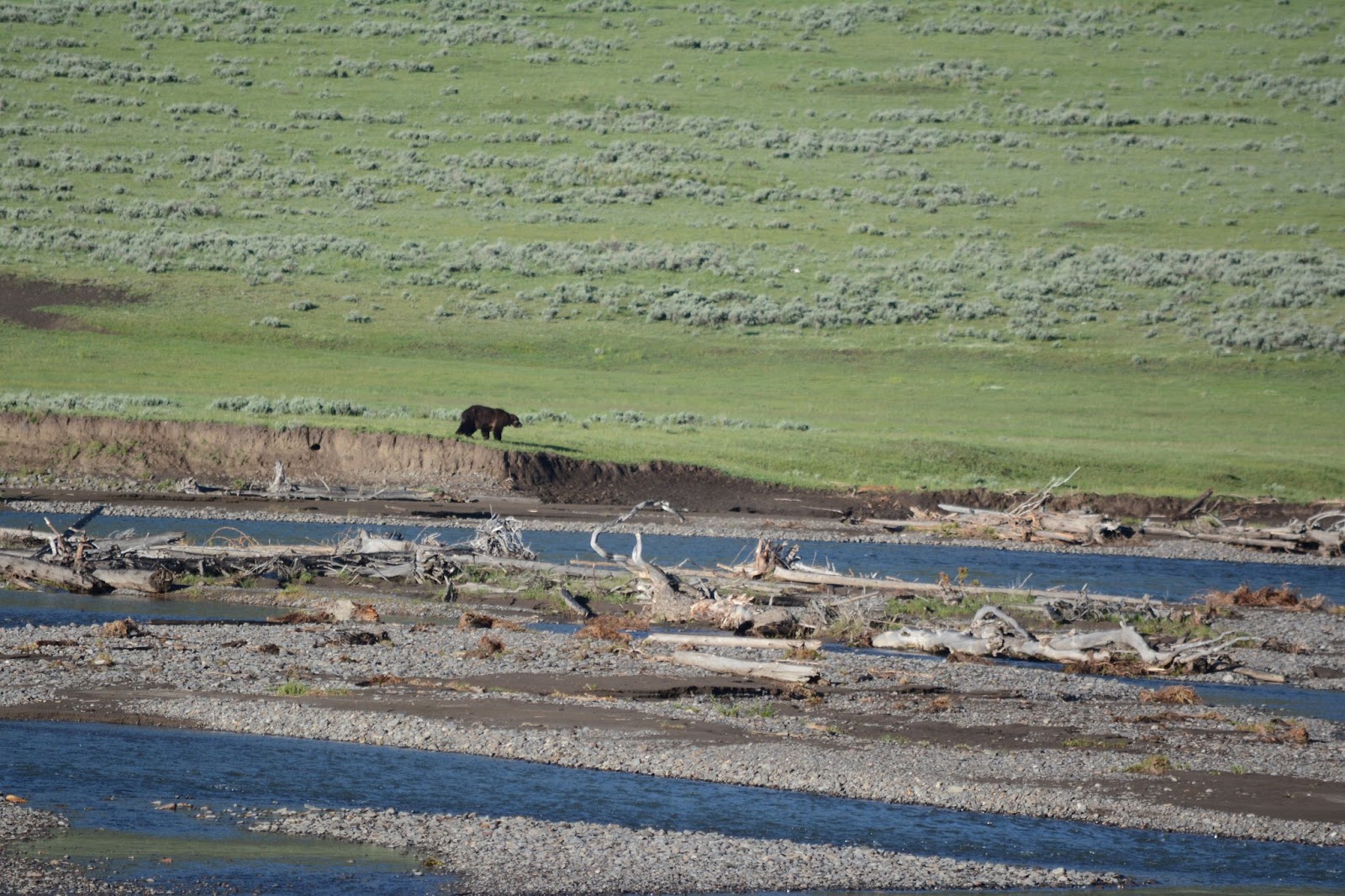 Eventually the grizzly arrived at the bison and begin ripping out chunks.  The coyote retreated to a safer distance but would occasionally sneak in and grab some meat.  It was too far for good photos but here's a digiscoped iphone shot anyway... 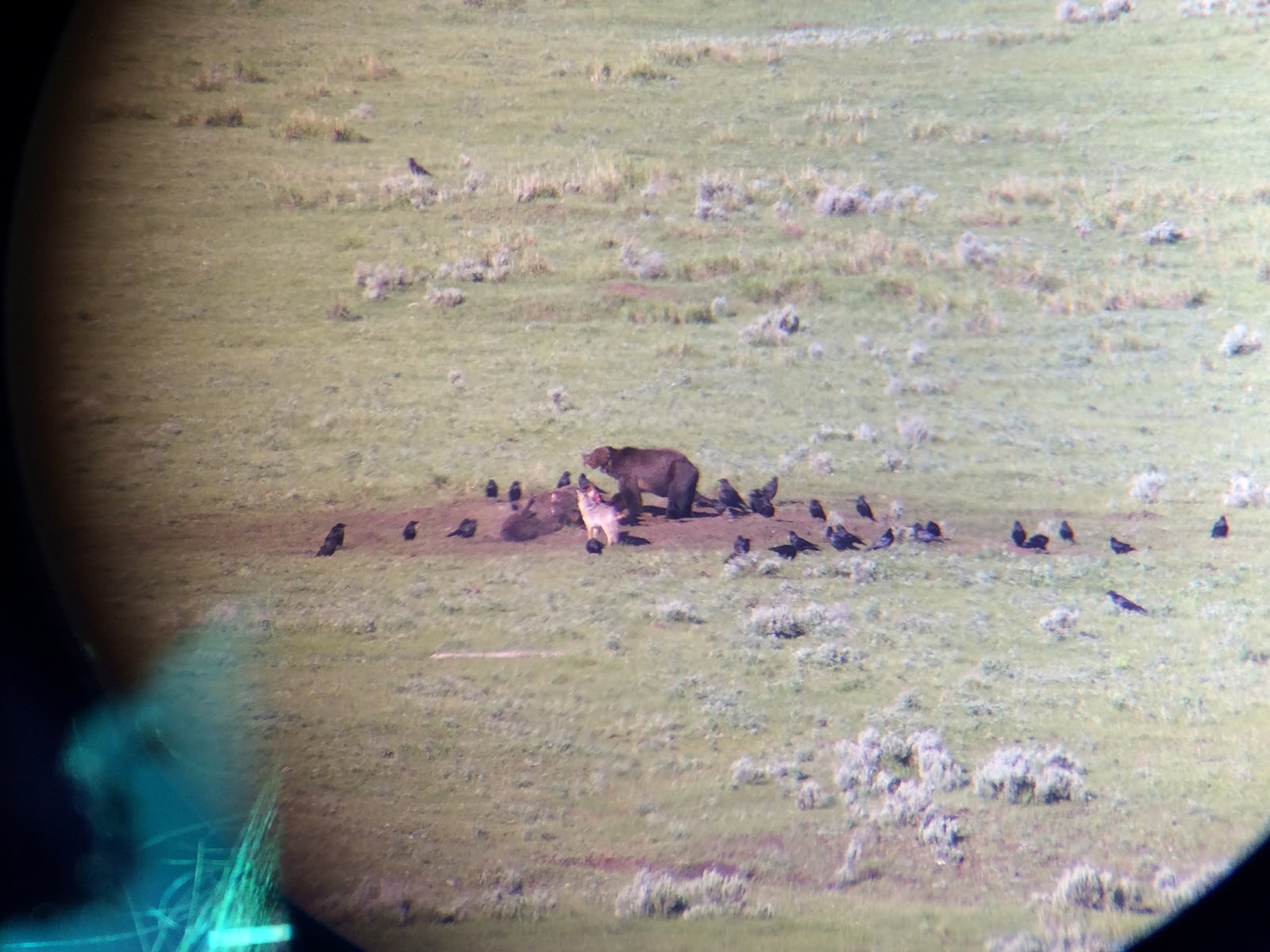 We watched as the grizzly stuffed himself till full, then wandered back up the hill.  The coyote stuffed himself also, before wandering away.  Later in the day we came back with the rest of the family and a couple of Bald Eagles were getting their share.  Good stuff.

After that excitement my brother and I decided to check out Mount Washburn in hopes of finding some bighorn sheep.  We followed the trail towards the top but only made it about halfway due to time constraints.  It was a beautiful hike though... 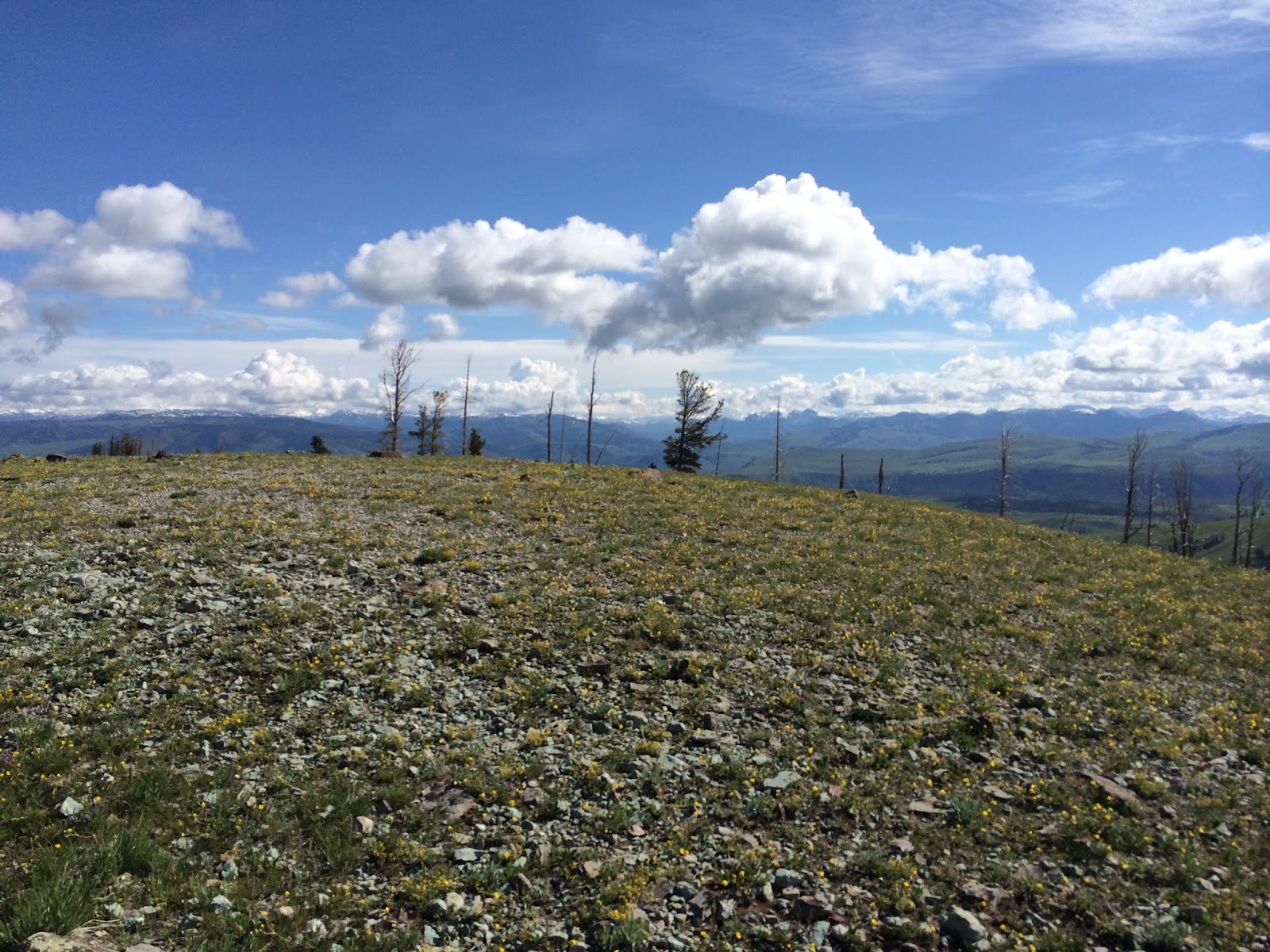 The sun disappeared and dark scary clouds rolled in, adding some spice to the hike. 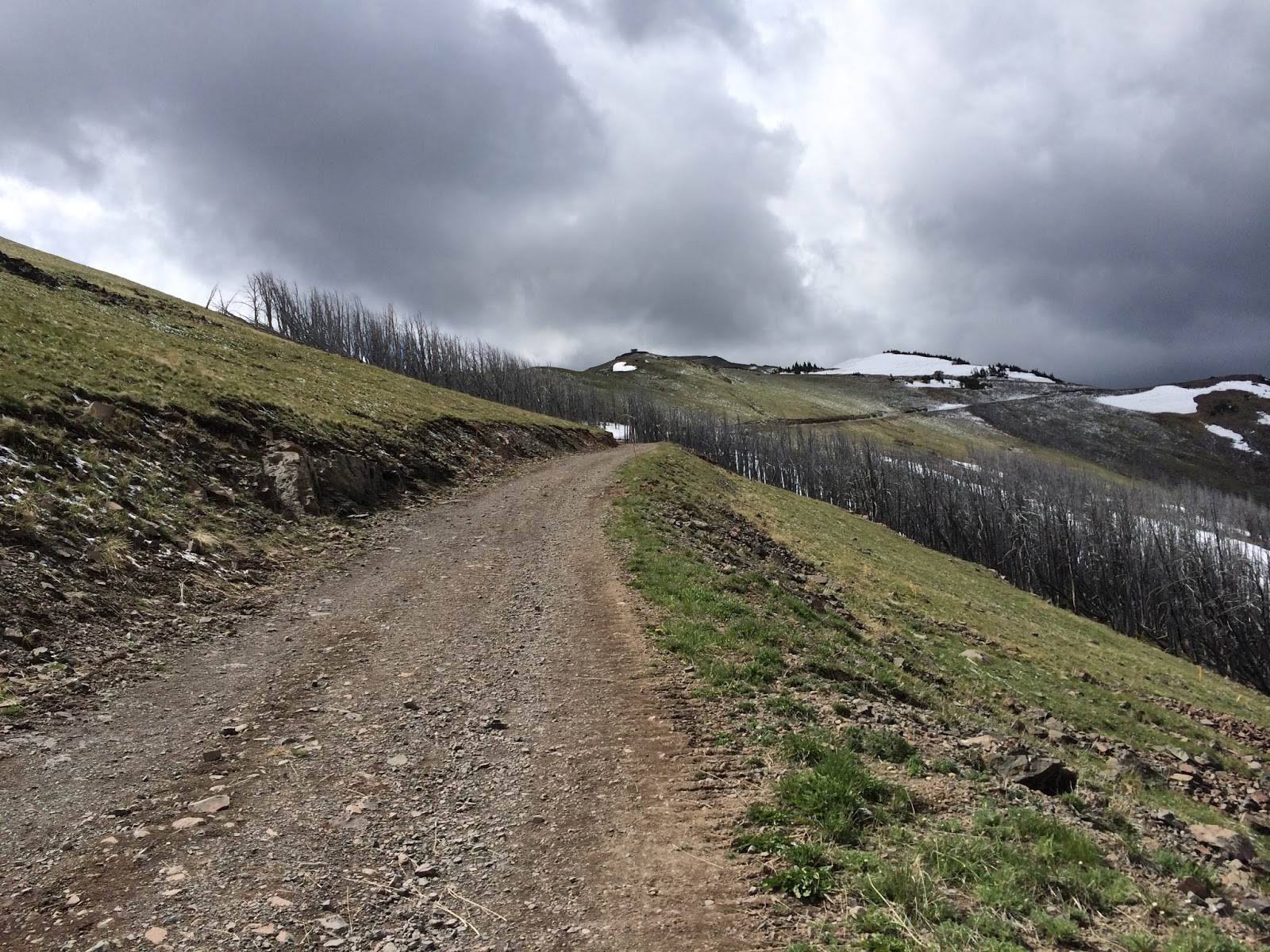 We missed the sheep, but found some other good wildlife... 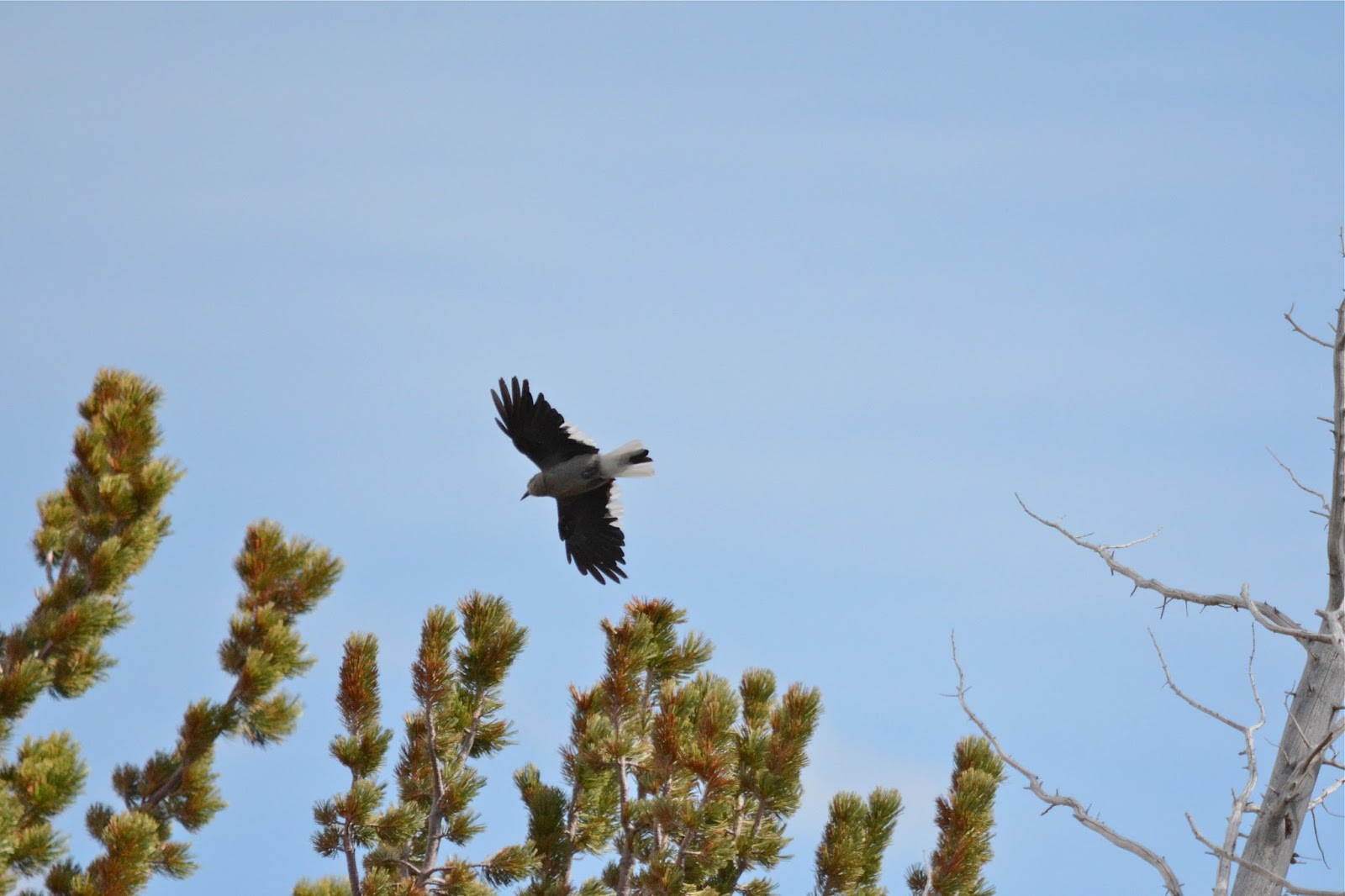 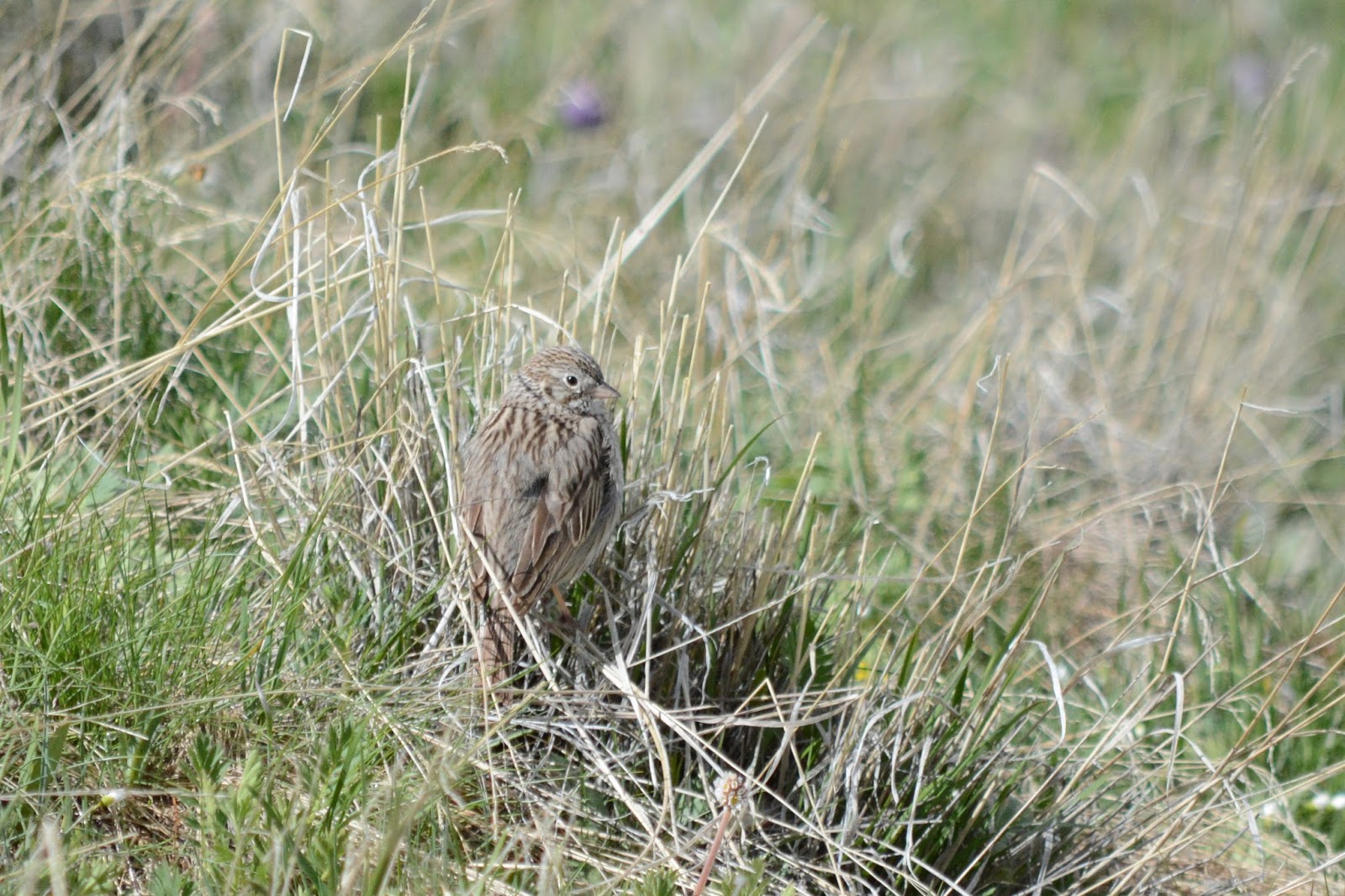 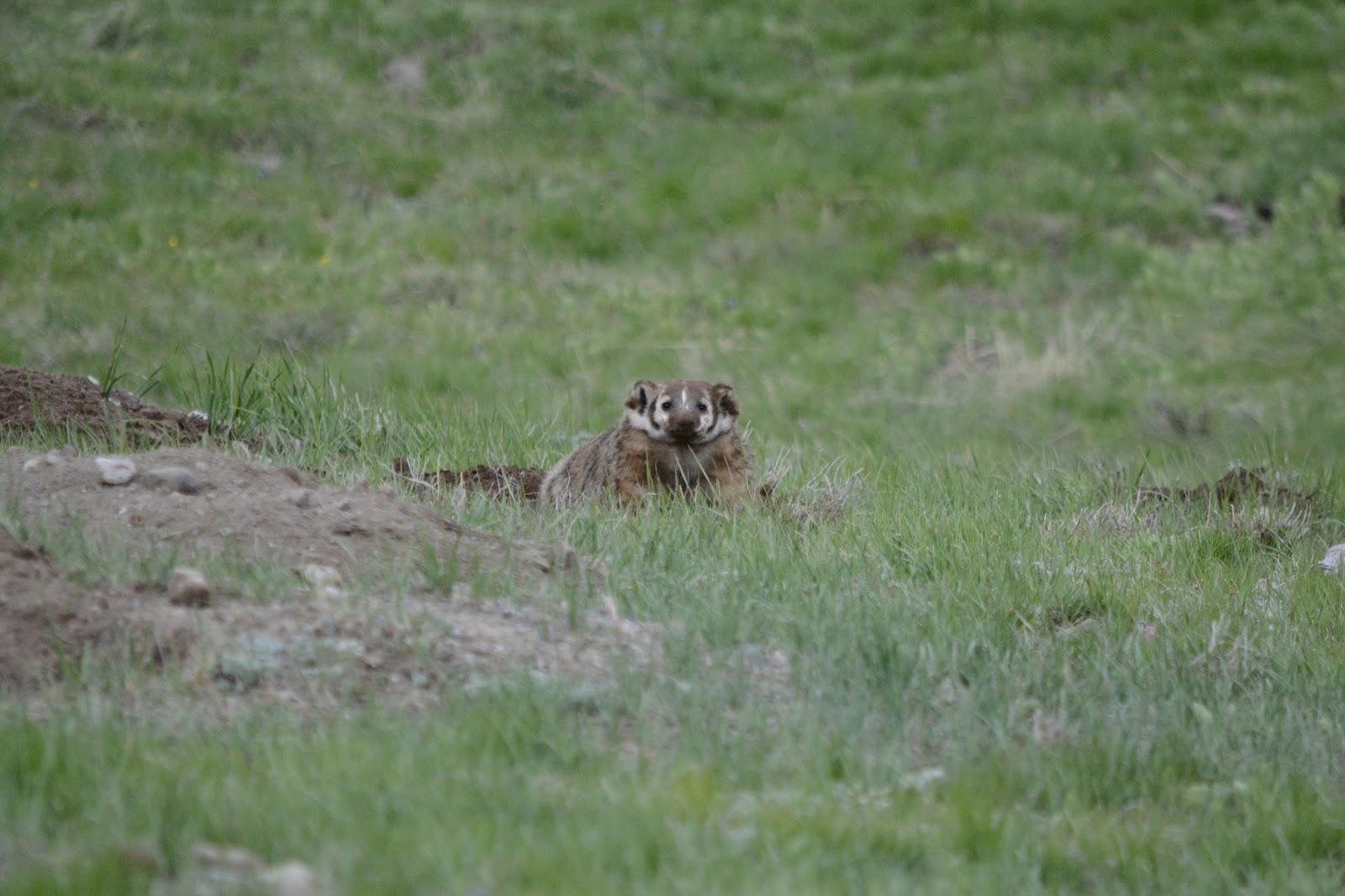 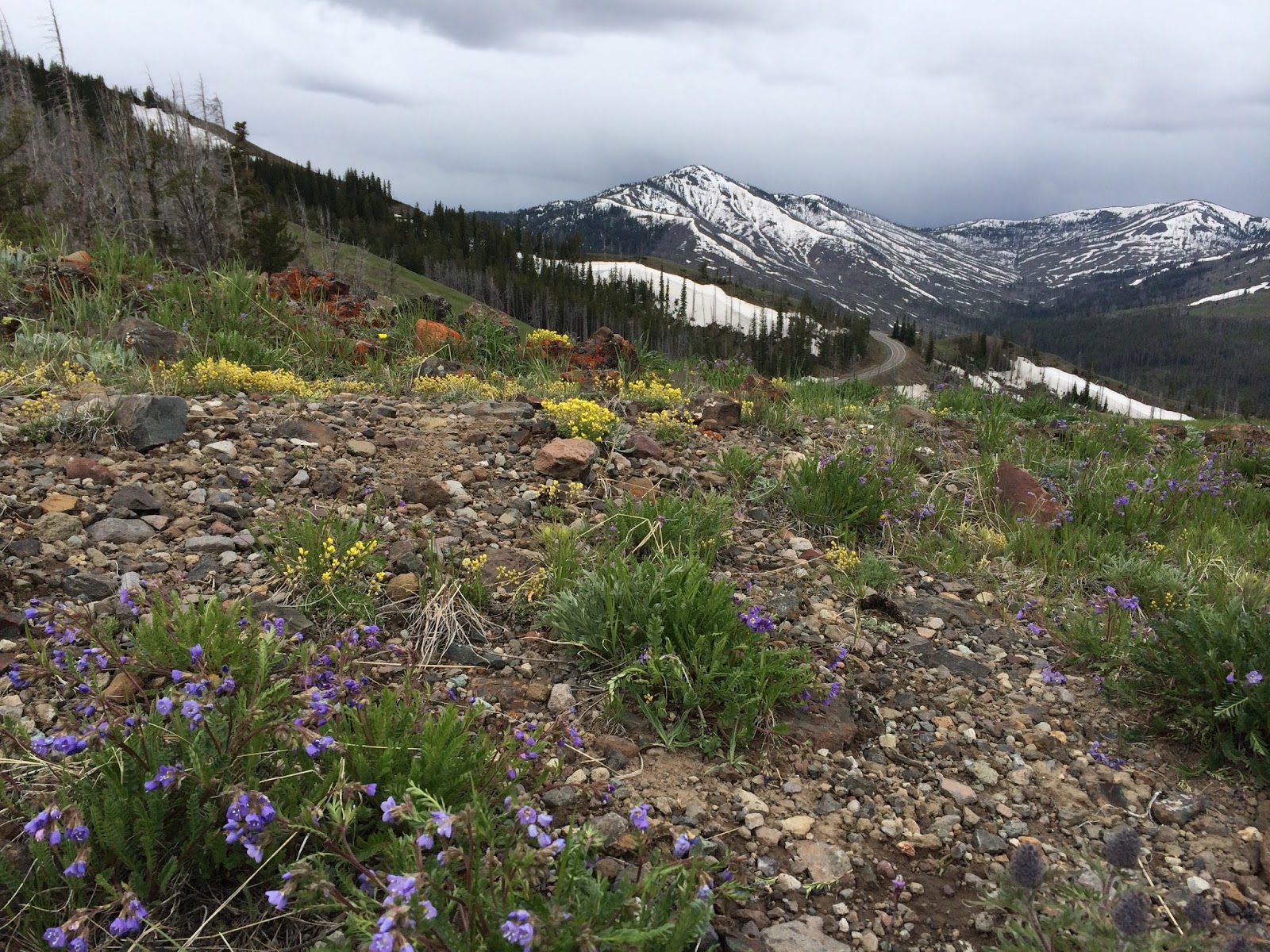 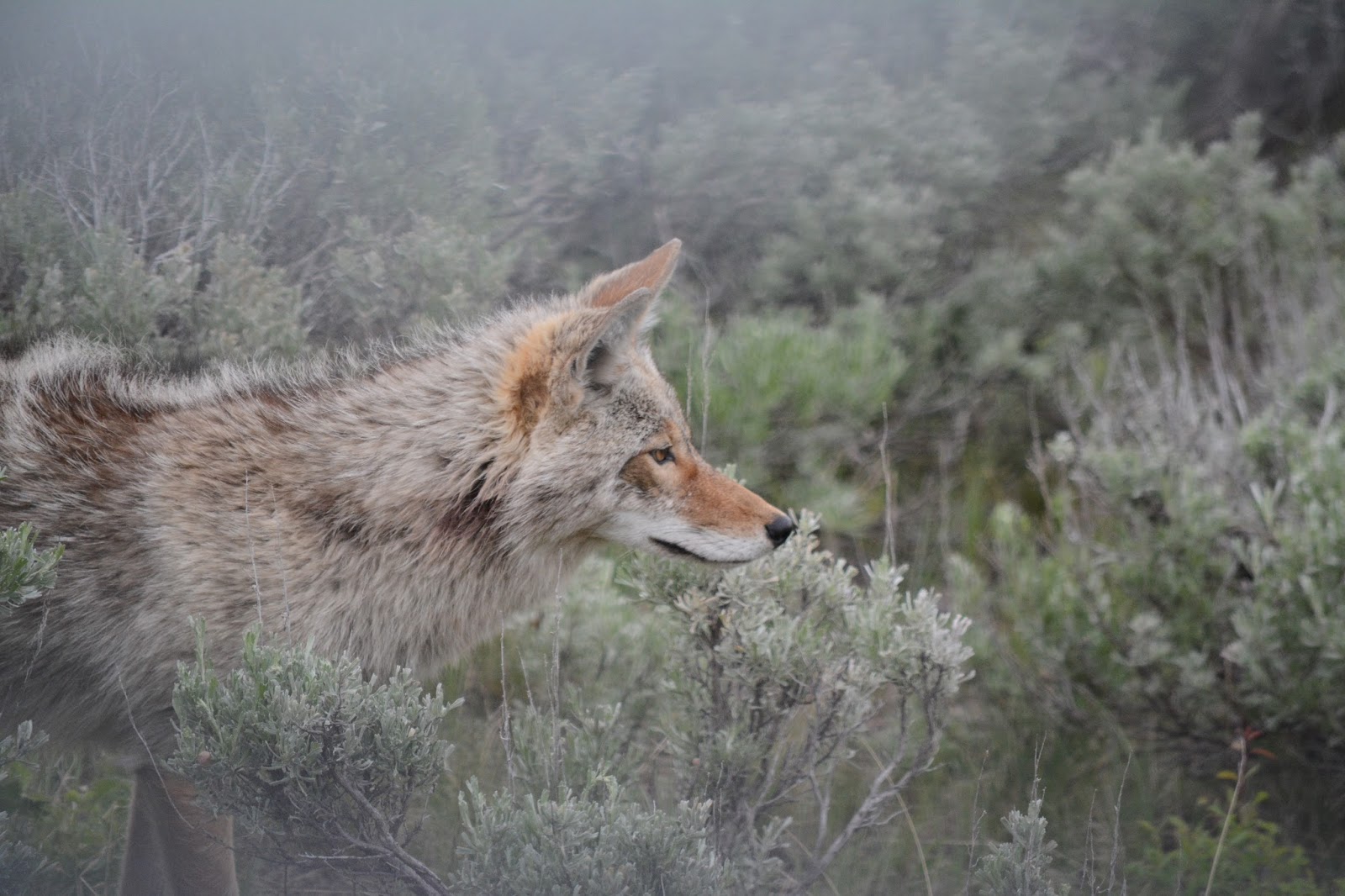 Coyote, along the road on the way back to Tower

After meeting up with the rest of the family for lunch, we all headed to Tower Fall.  There's a nice little hike down to the river from the parking area where this Western Tanager was ridiculously accommodating... 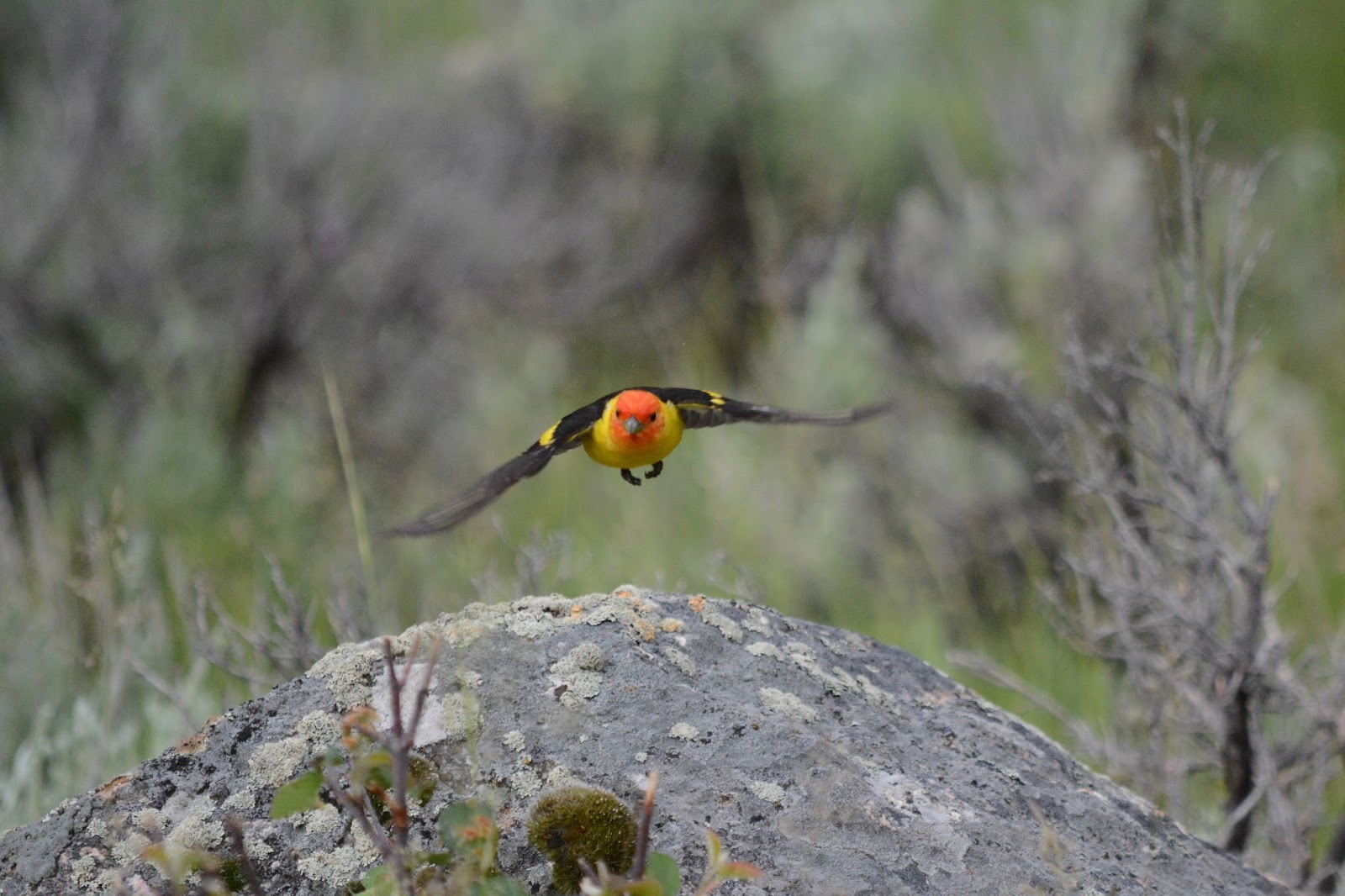 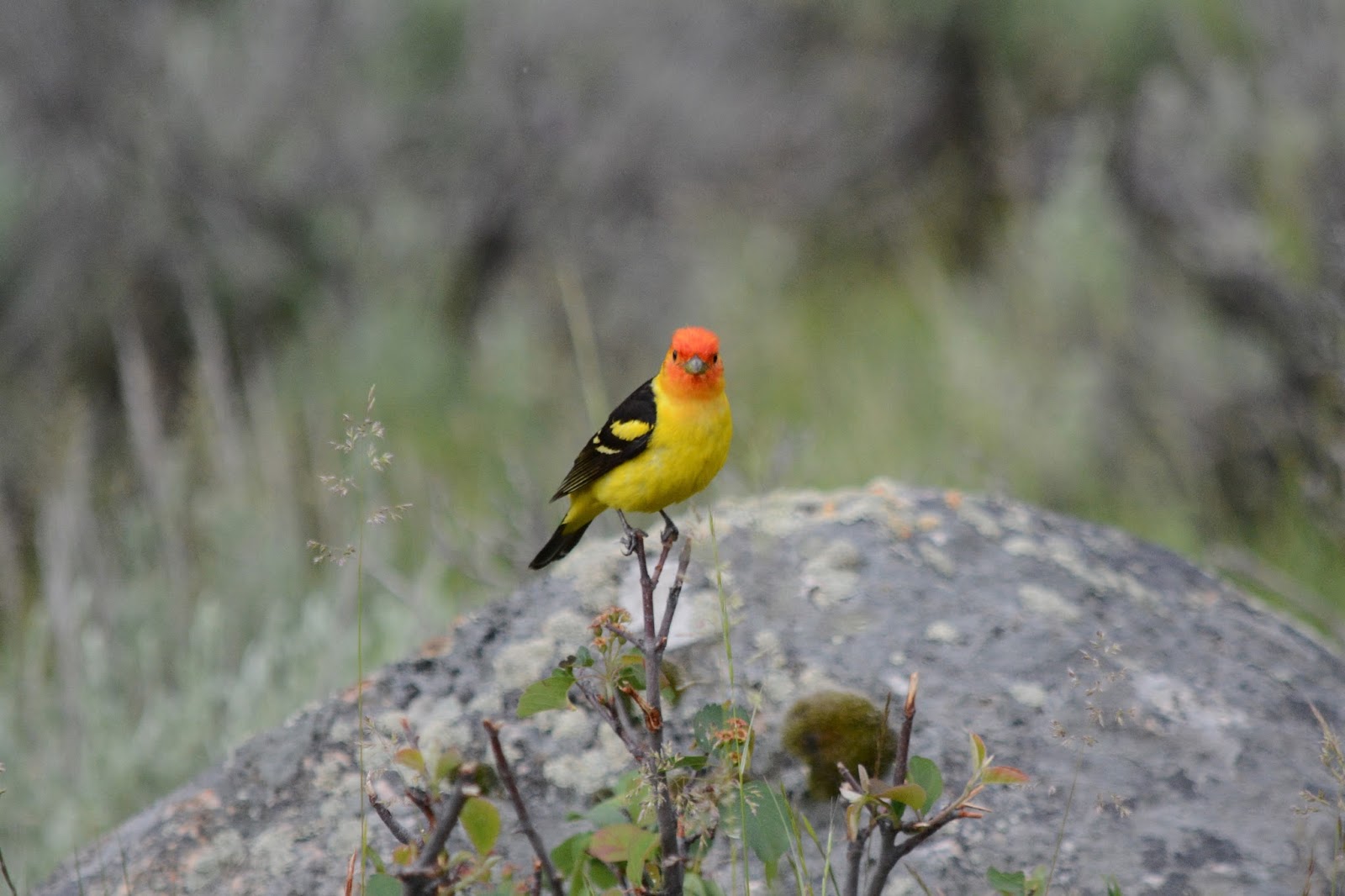 There were Spotted Sandpipers along the river, Yellow-rumped Warblers and Chipping Sparrows in the trees, Mountain Chickadees and White-crowned Sparrows in the parking lot.  Not terrible for there being a billion people there.

The next day we drove back towards Tower with stops at some other little falls before arriving at the Specimen Ridge trailhead. 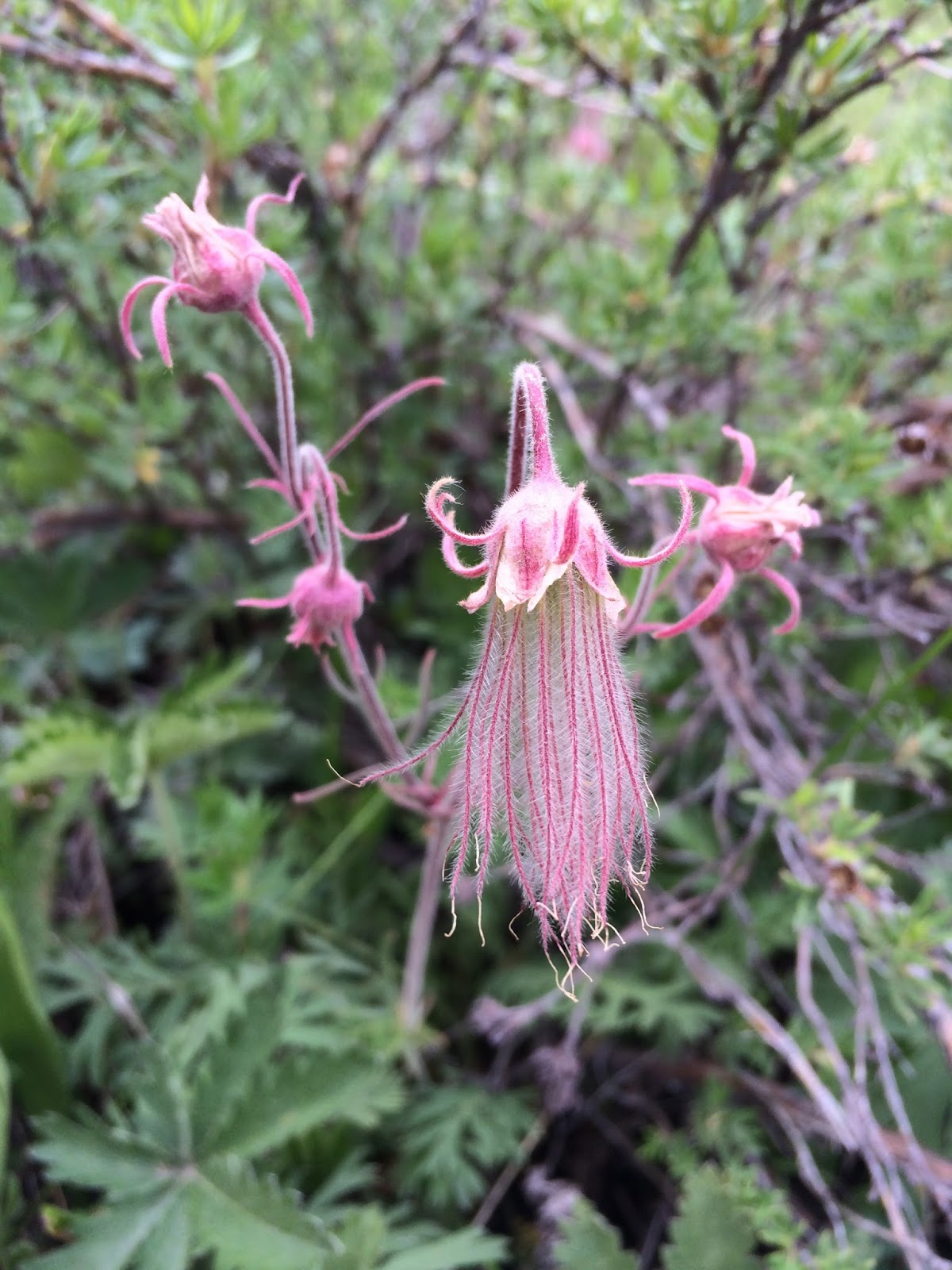 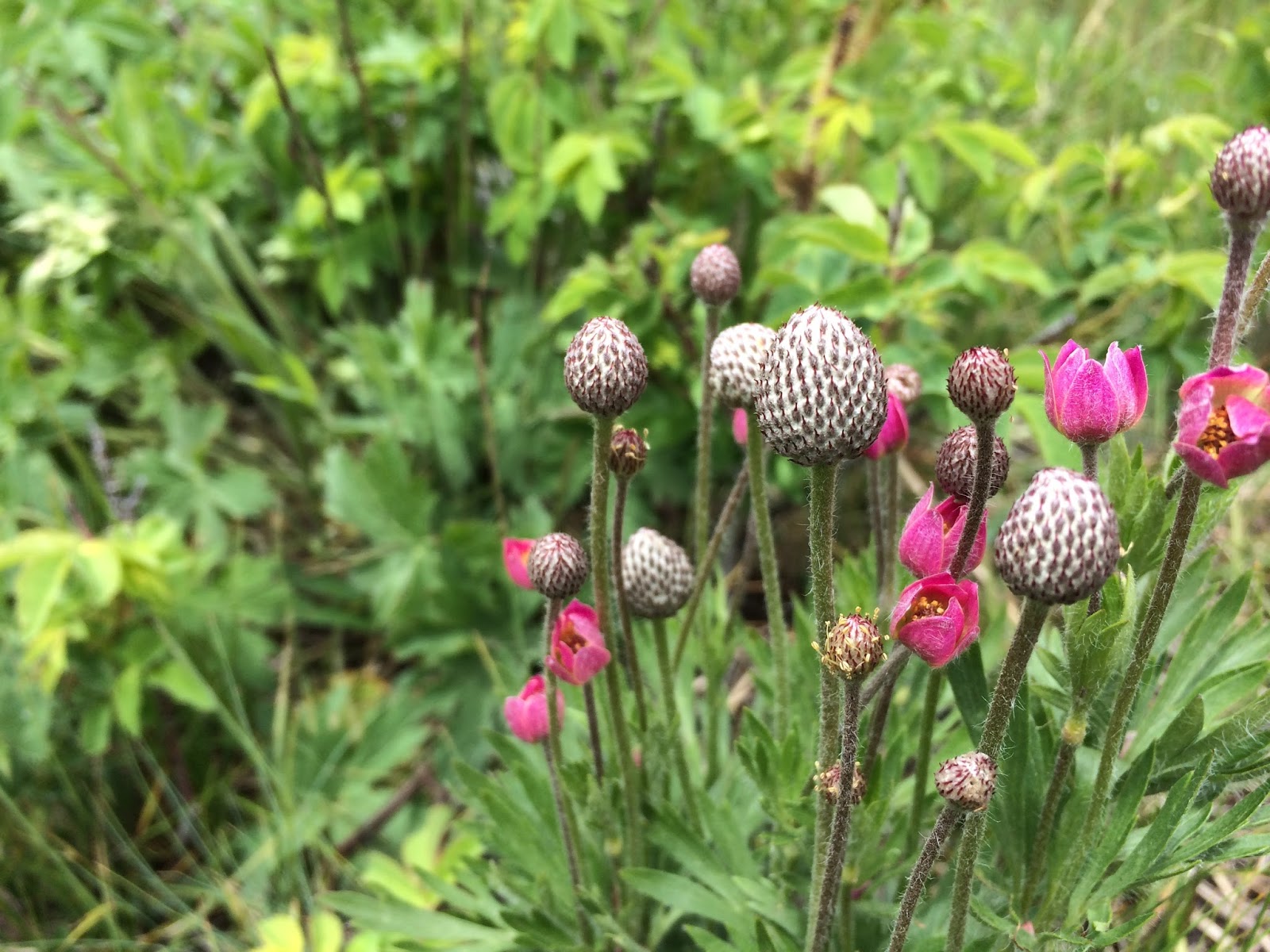 We stopped near the Petrified Tree turnoff to see what was causing a major traffic jam.  Oh you know, just black bears having sex. 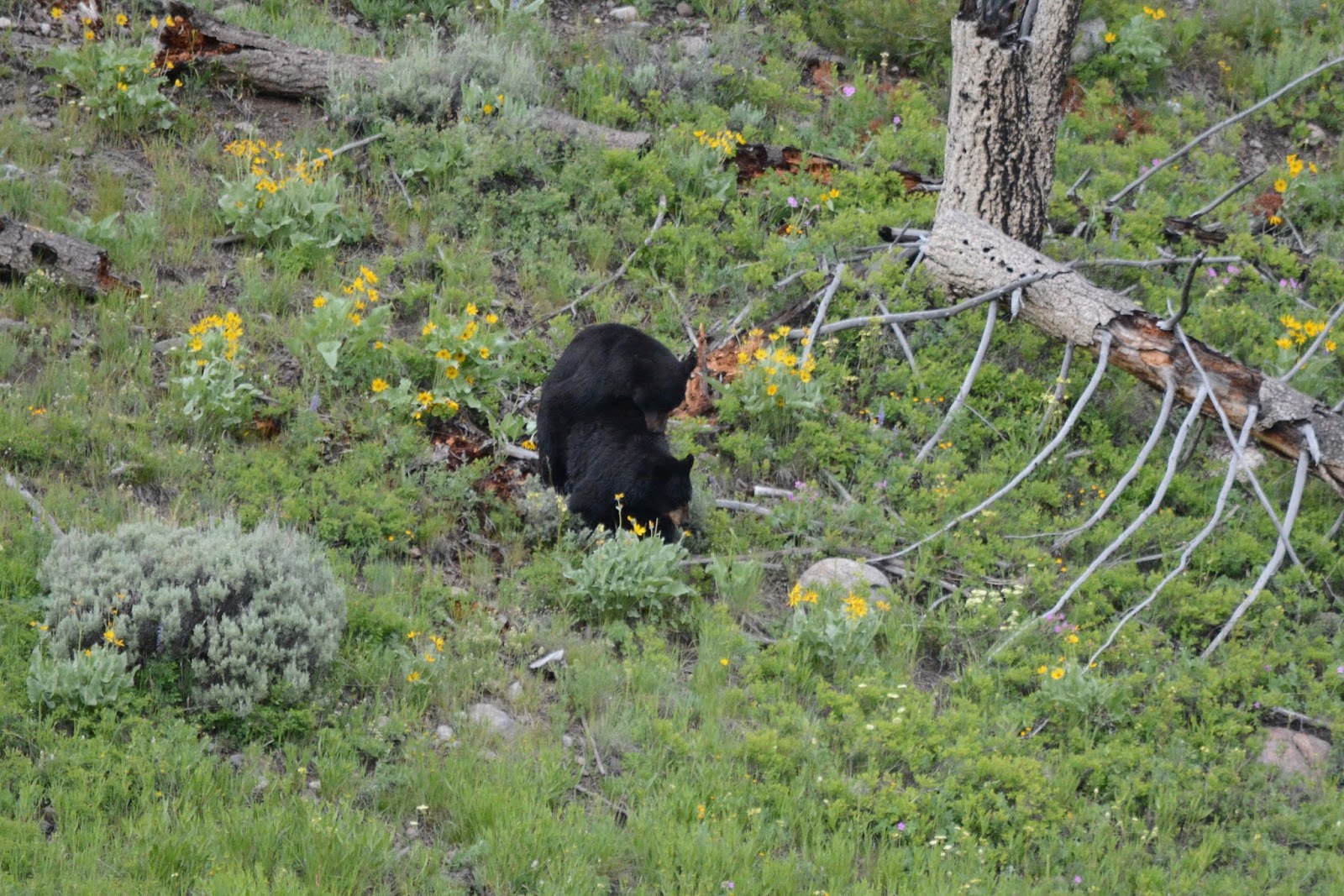 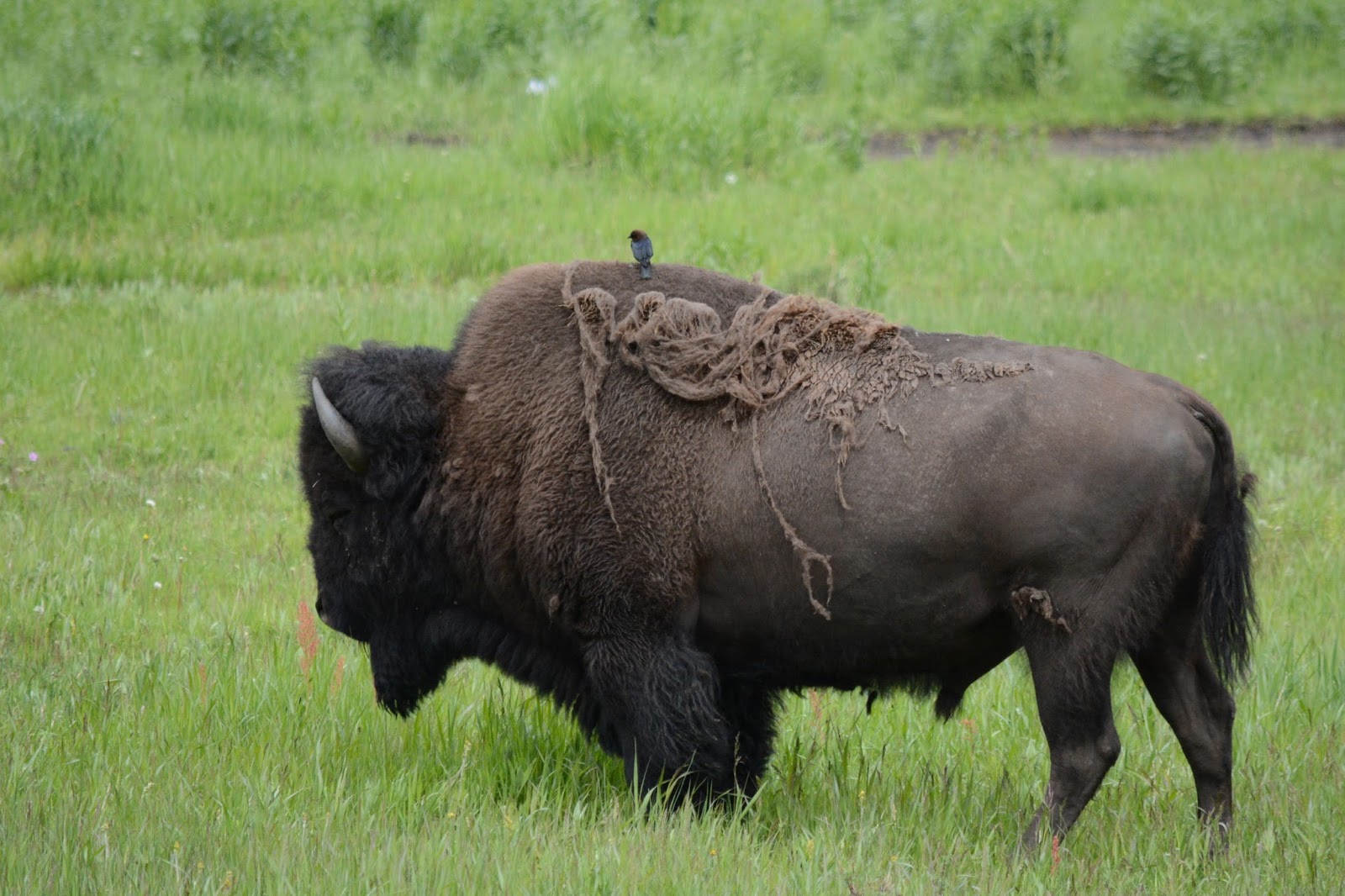 We finally made it to the Specimen Ridge trail and got started, hoping again for bighorn sheep.  The trail offers nice views of the Yellowstone River, kind of across the river from where Tower Fall is located. 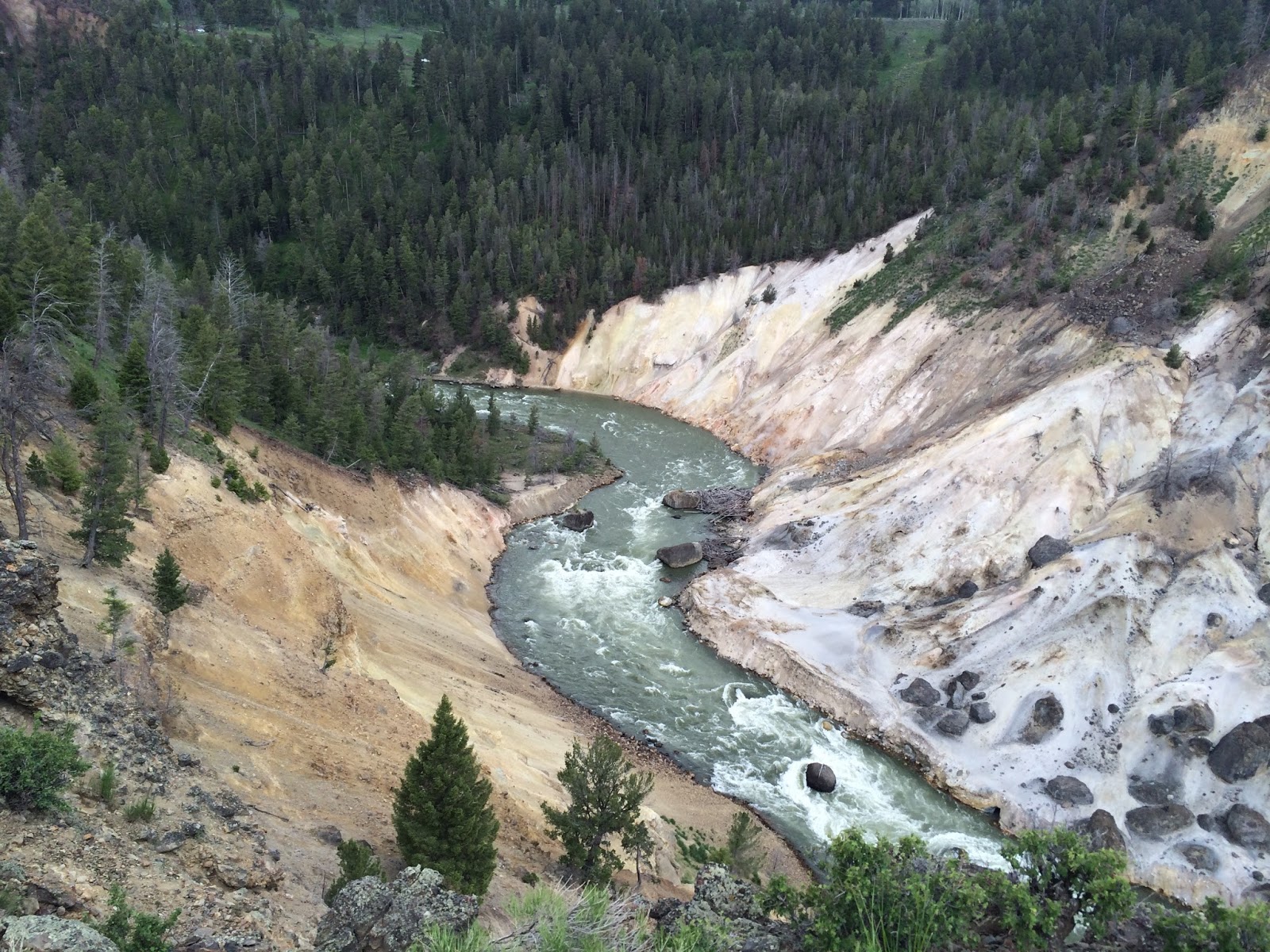 I was walking a bit ahead and as I crested a hill I saw a couple of little orange heads sticking up... 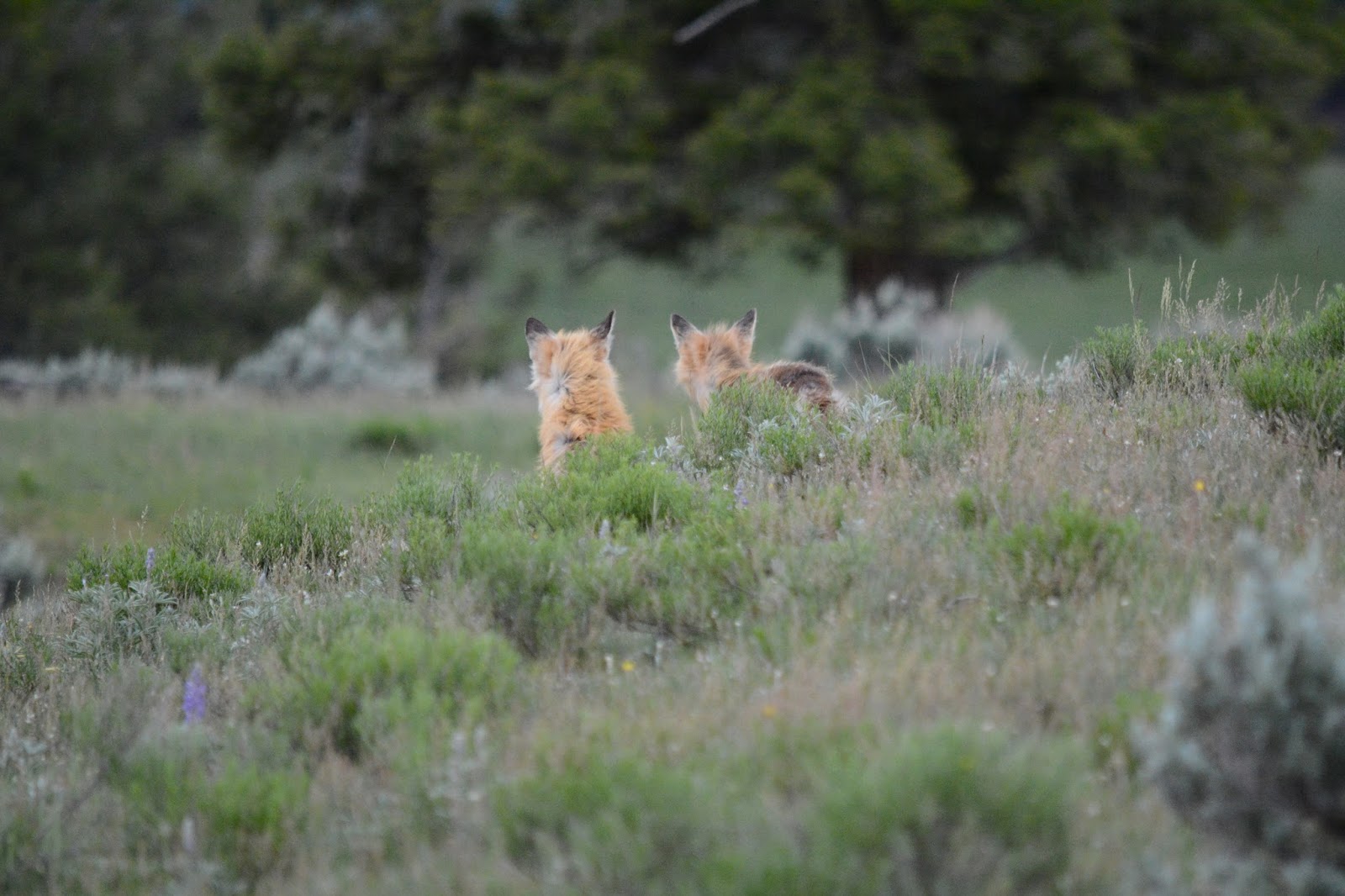 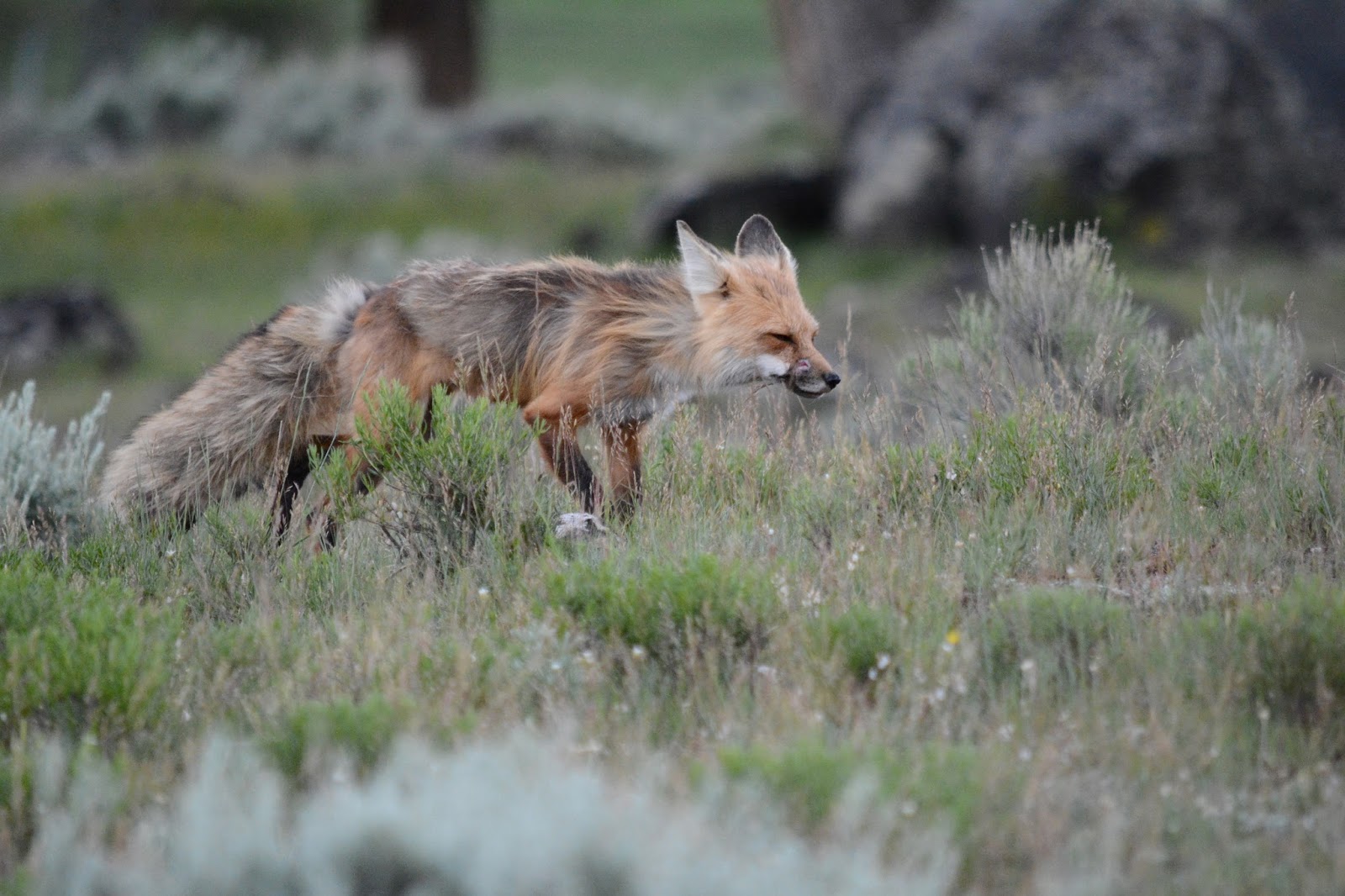 Note the nice wound on this guy's snout 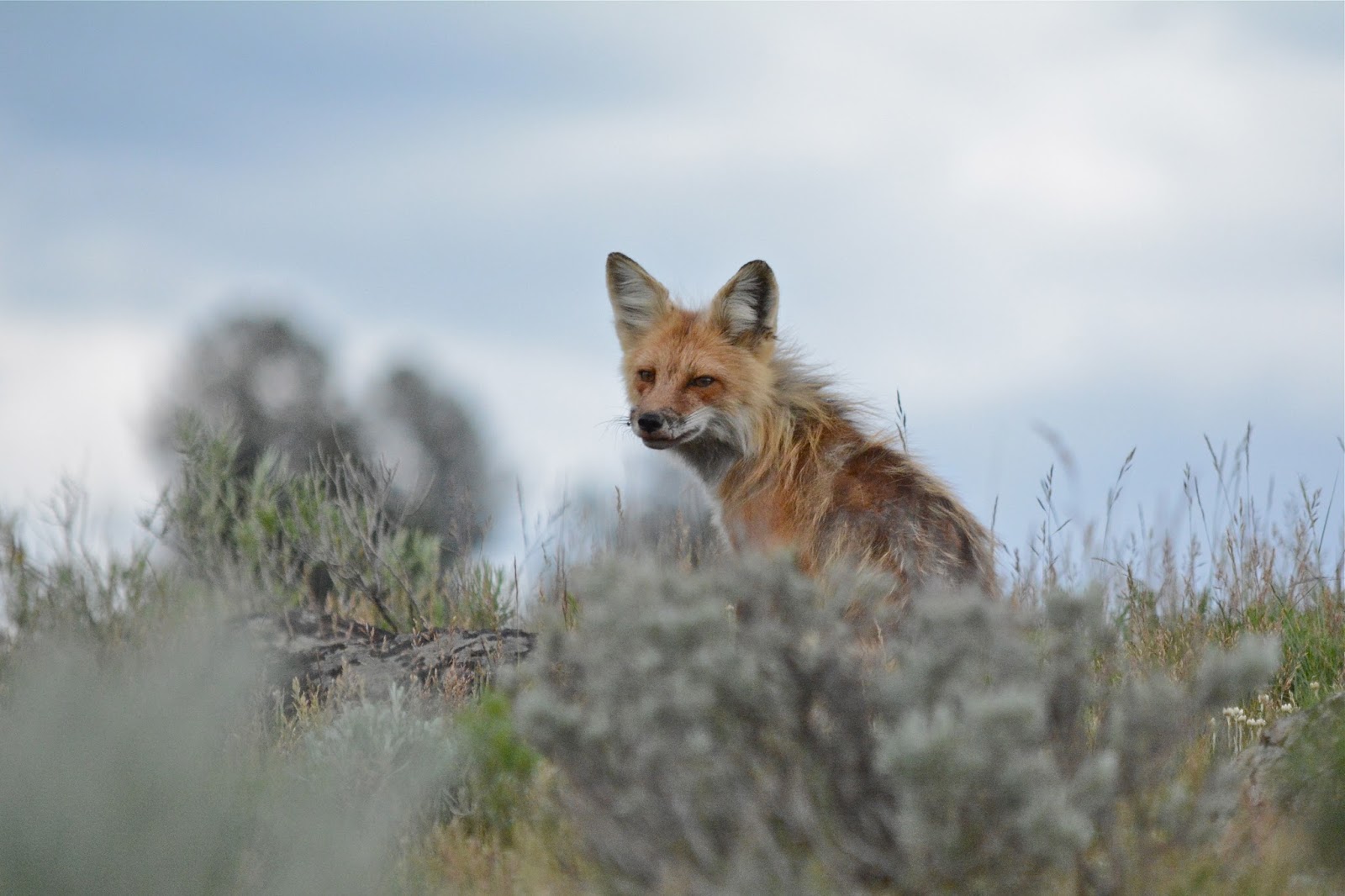 This pair of foxes was completely unconcerned with me.  I was surprised but then realized they had bigger things to worry about- there were also a bunch of bighorn sheep nearby! 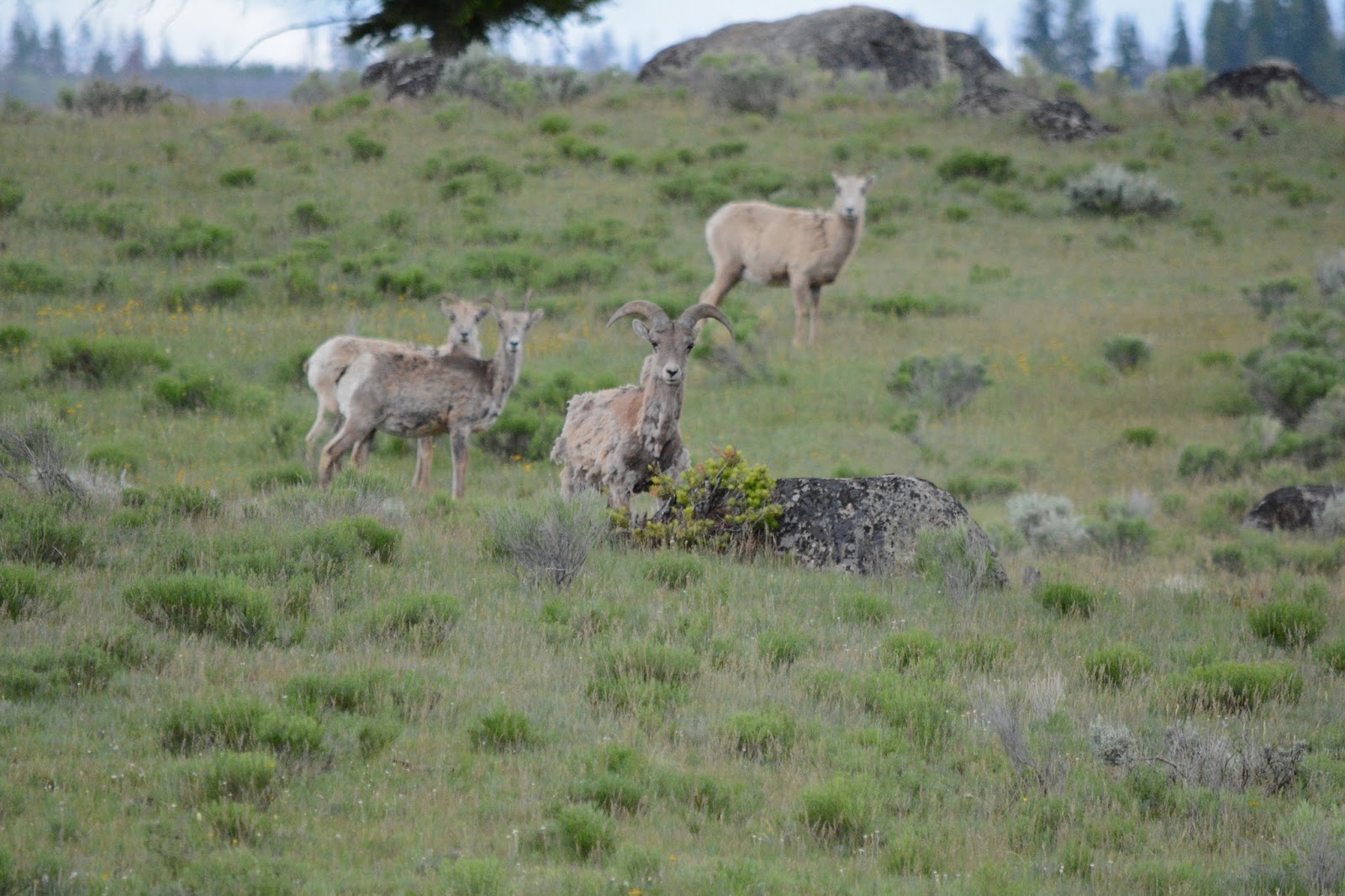 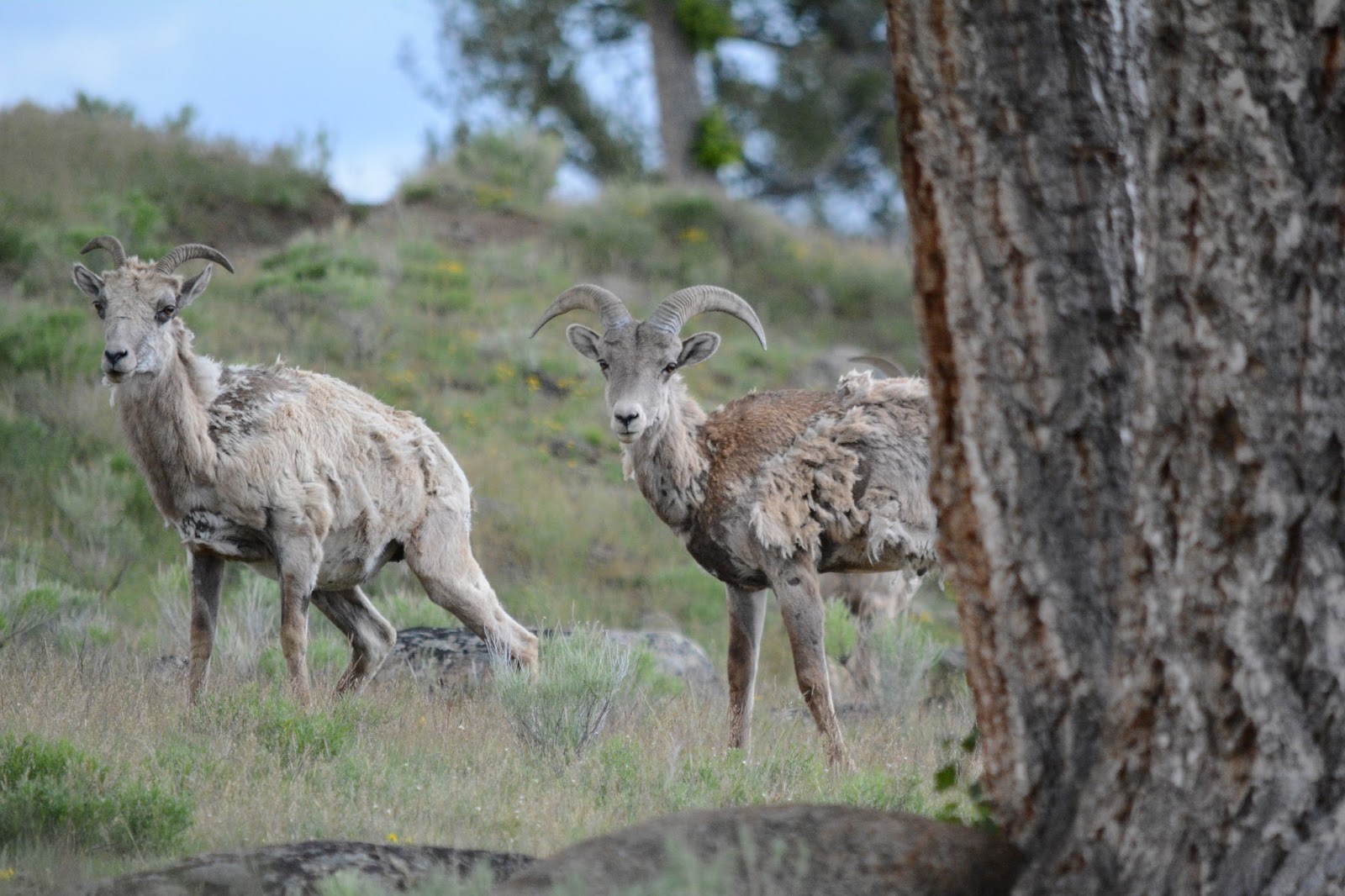 The sheep did not seem to like the foxes being around, and we watched one sheep chase one along the rocky cliffside.  The foxes disappeared soon after, probably into a nearby den. 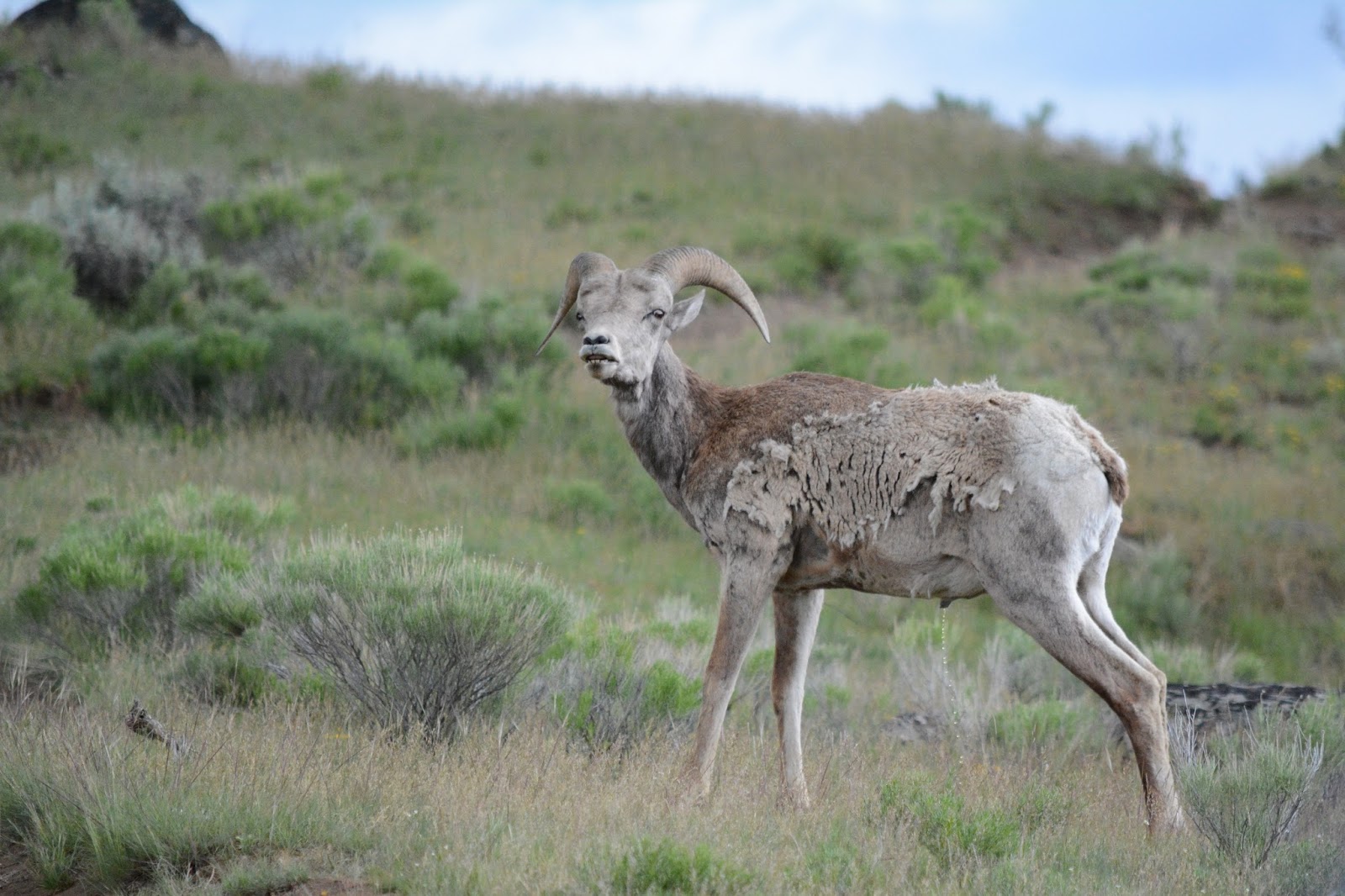 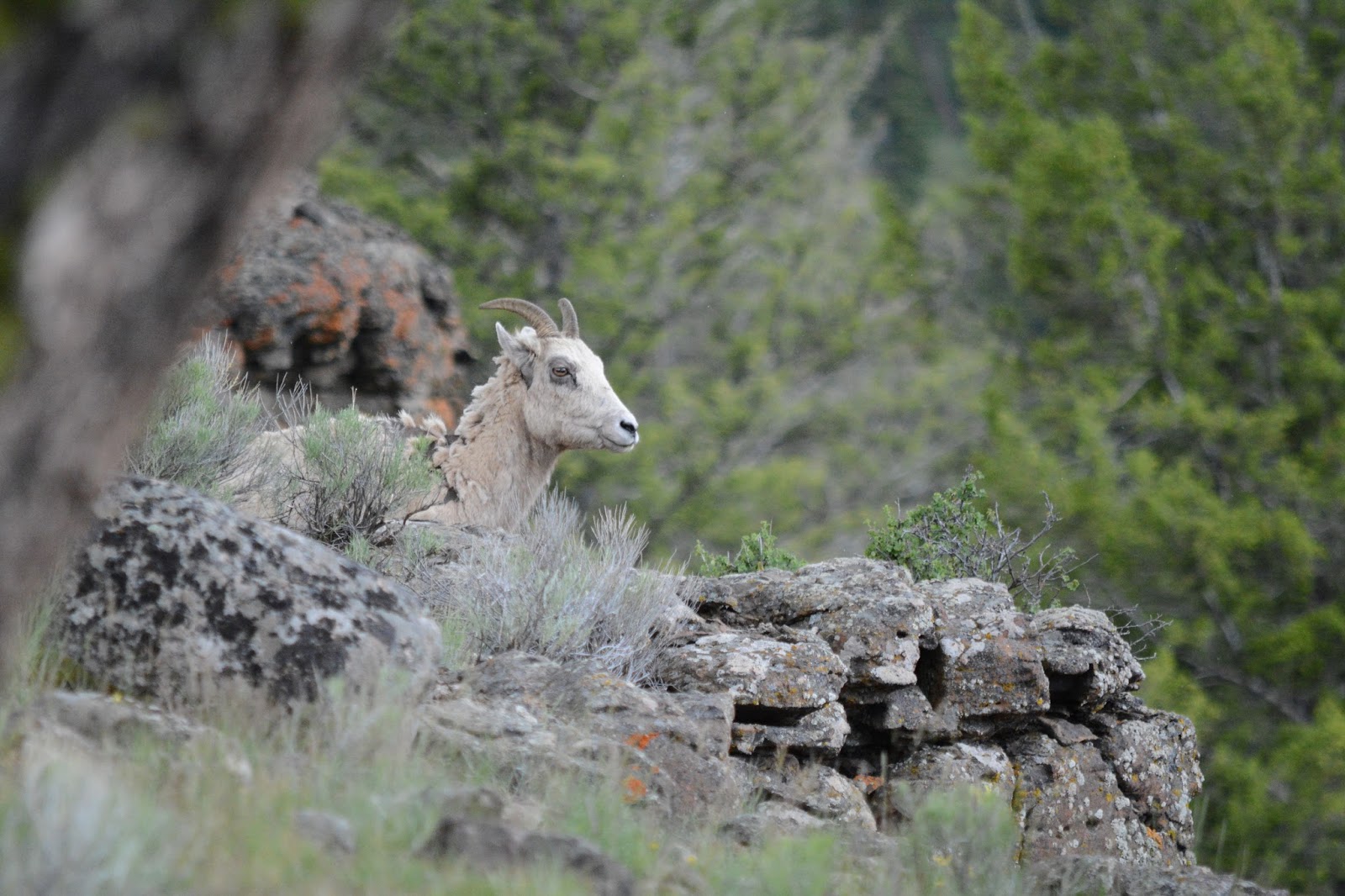 The sheep began to get comfortable, some right in the middle of the trail, and we decided it was a good place to turn around.