Birds and things closer to home.

I haven't bored you all with my yard birds in awhile, so I'll start with those.  Fall is here.  My FOS Golden-crowned Sparrow showed up on the exact same date as one showed up last year. 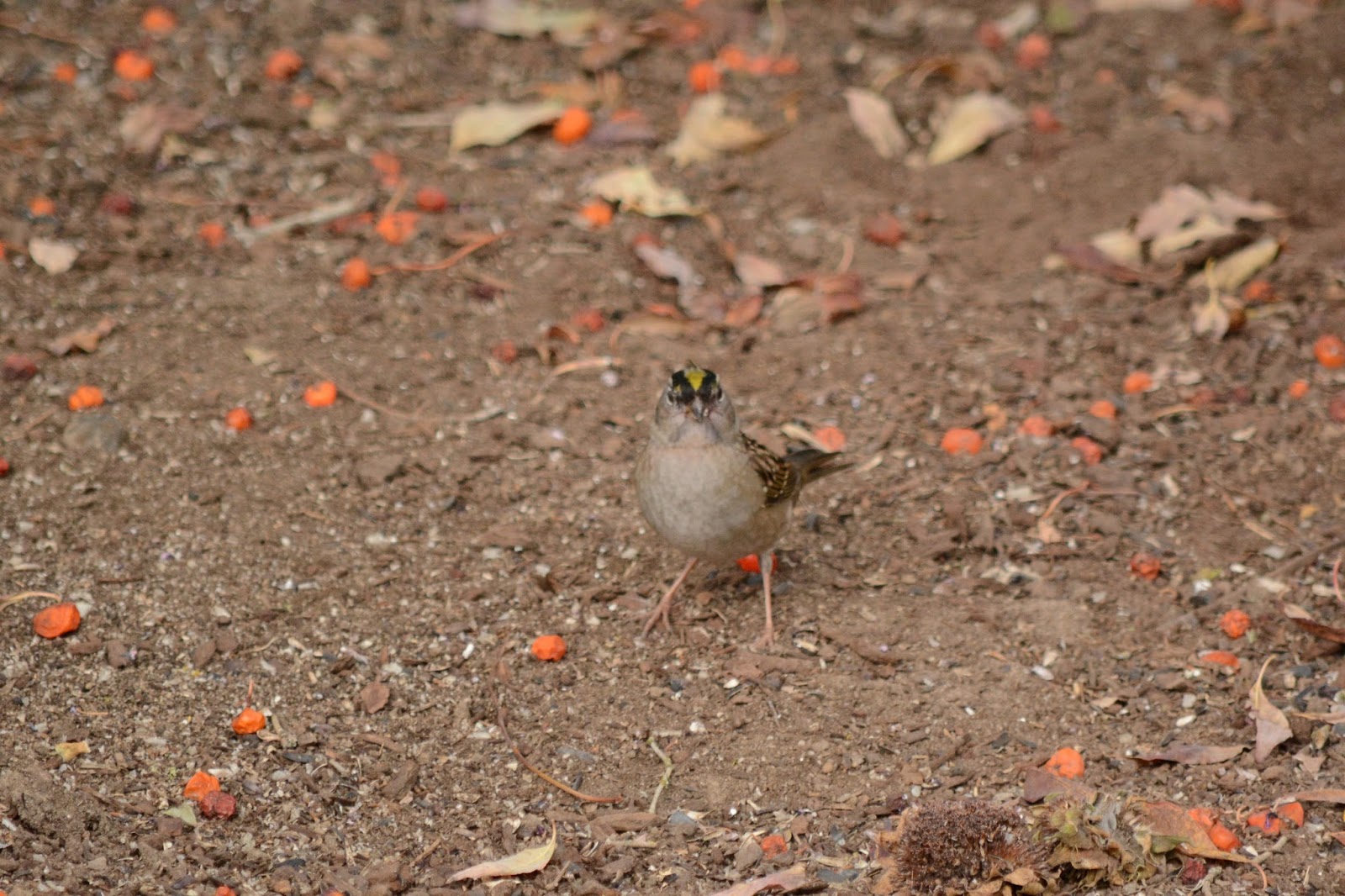 The next day the White-crowneds arrived. American Goldfinches have been accumulating, now outnumbering the Lesser Goldfinches who must have nested nearby.  There has been one super annoying young LEGO lately whose screeches drive me nuts. 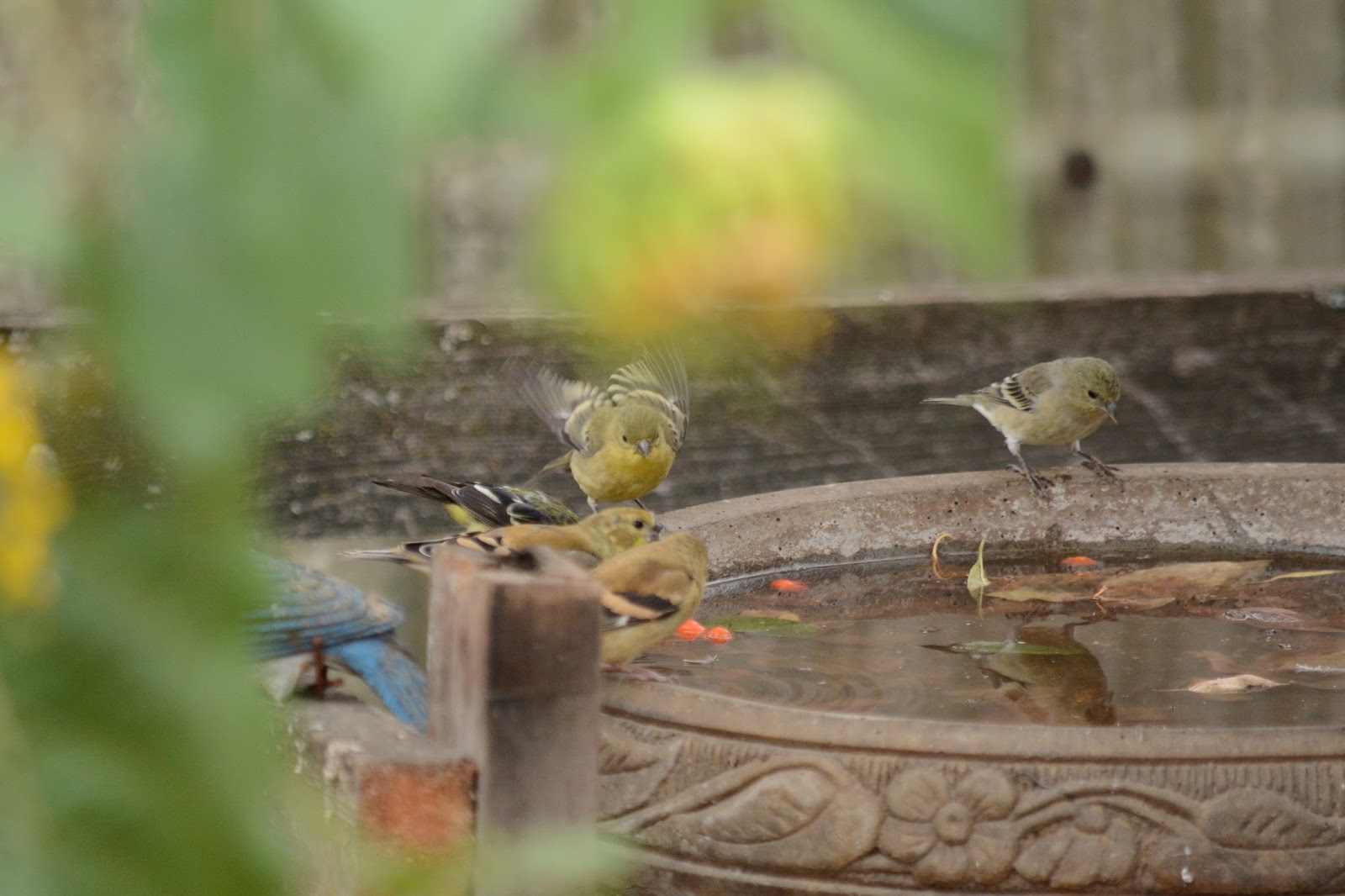 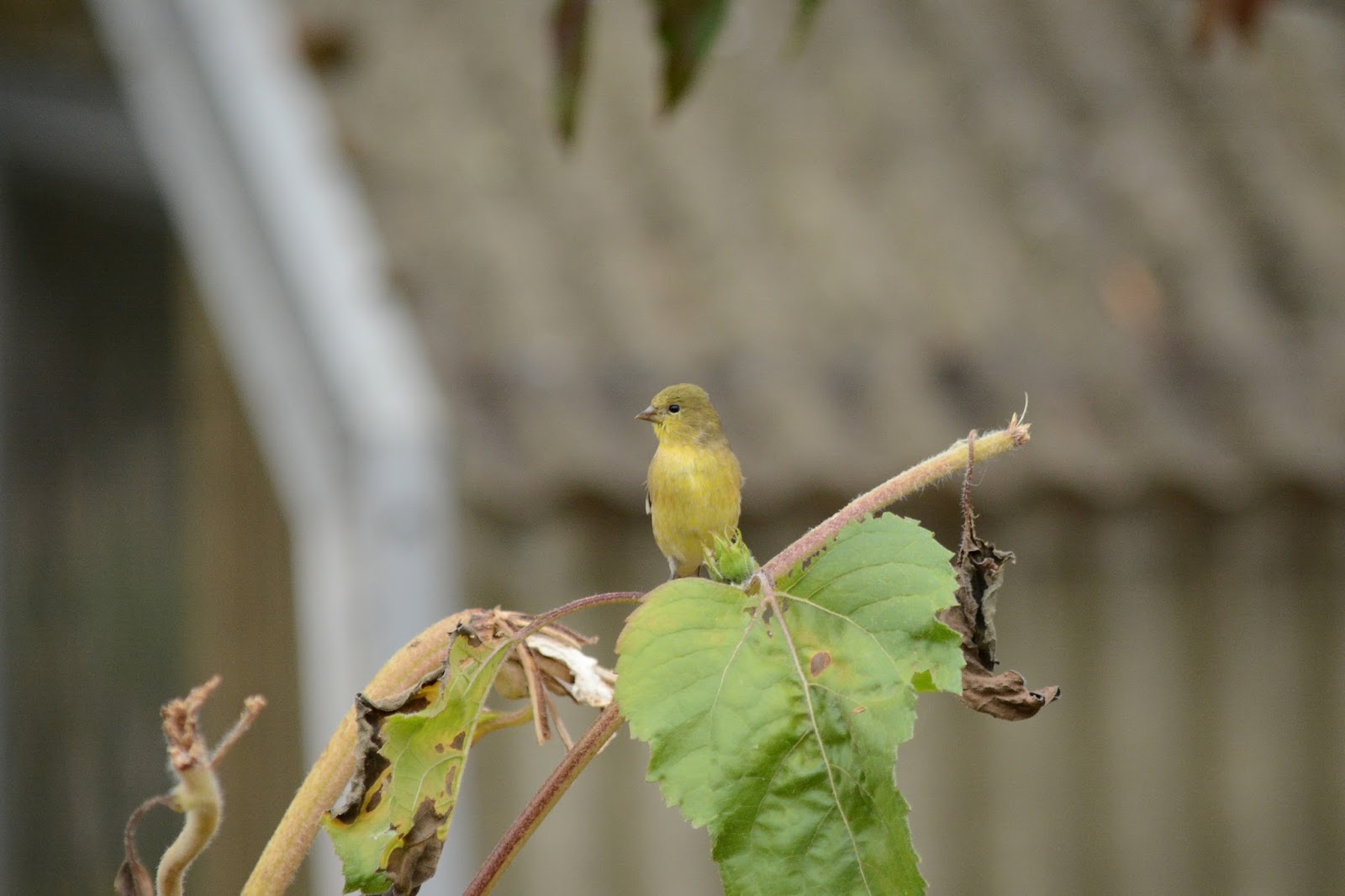 The White-breasted Nuthatch that first appeared on August 2nd has visited daily since.  Stoked. 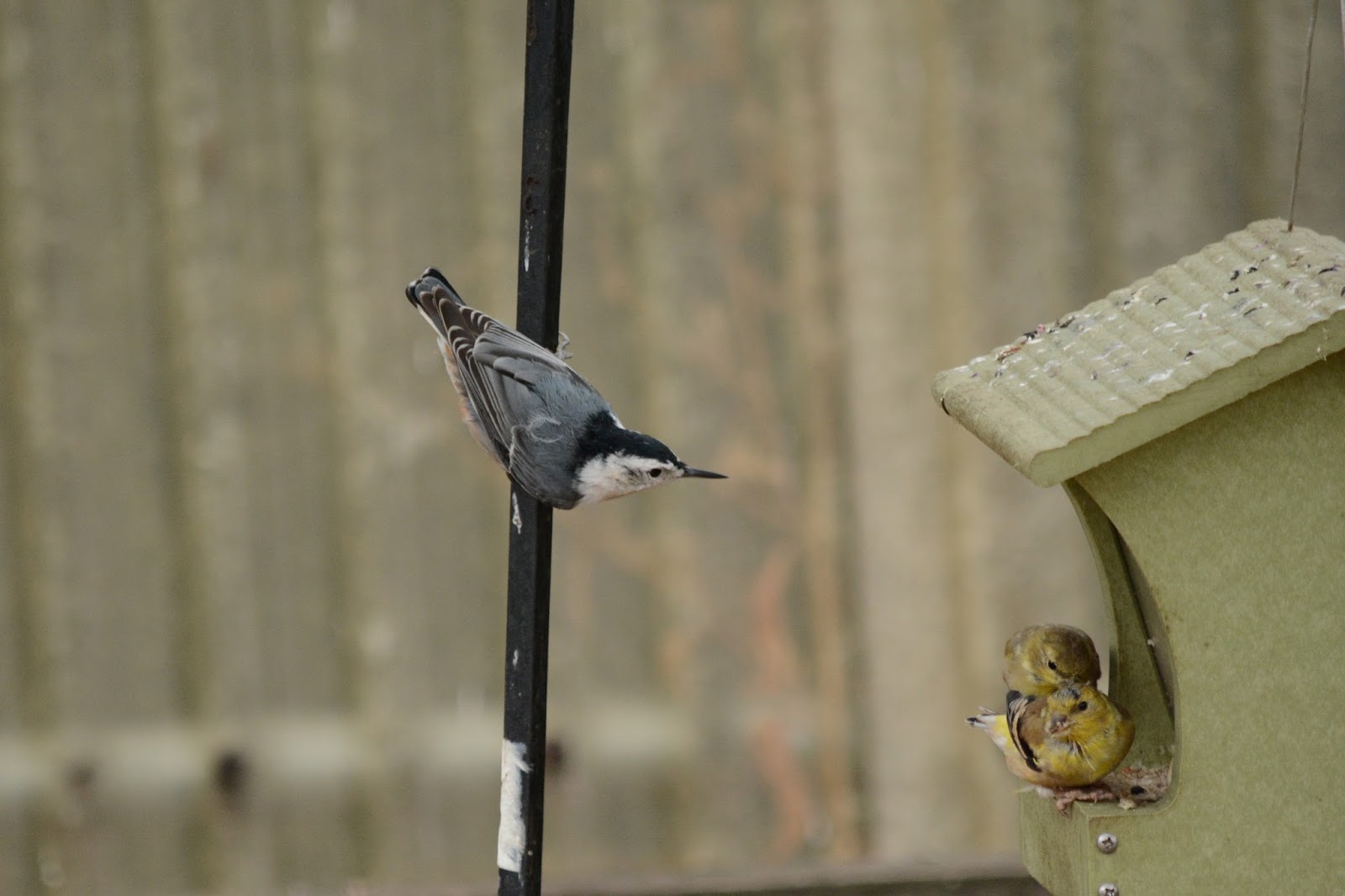 I know I'm not supposed to like my Eurasian Collared-Doves.  But I do.  There's only two of them and they're rather sweet.  Sometimes they just sit up in my ash tree and make out.  They spent weeks building a nest in a pine tree across the street this spring but never raised any babies.  Ideal, no? 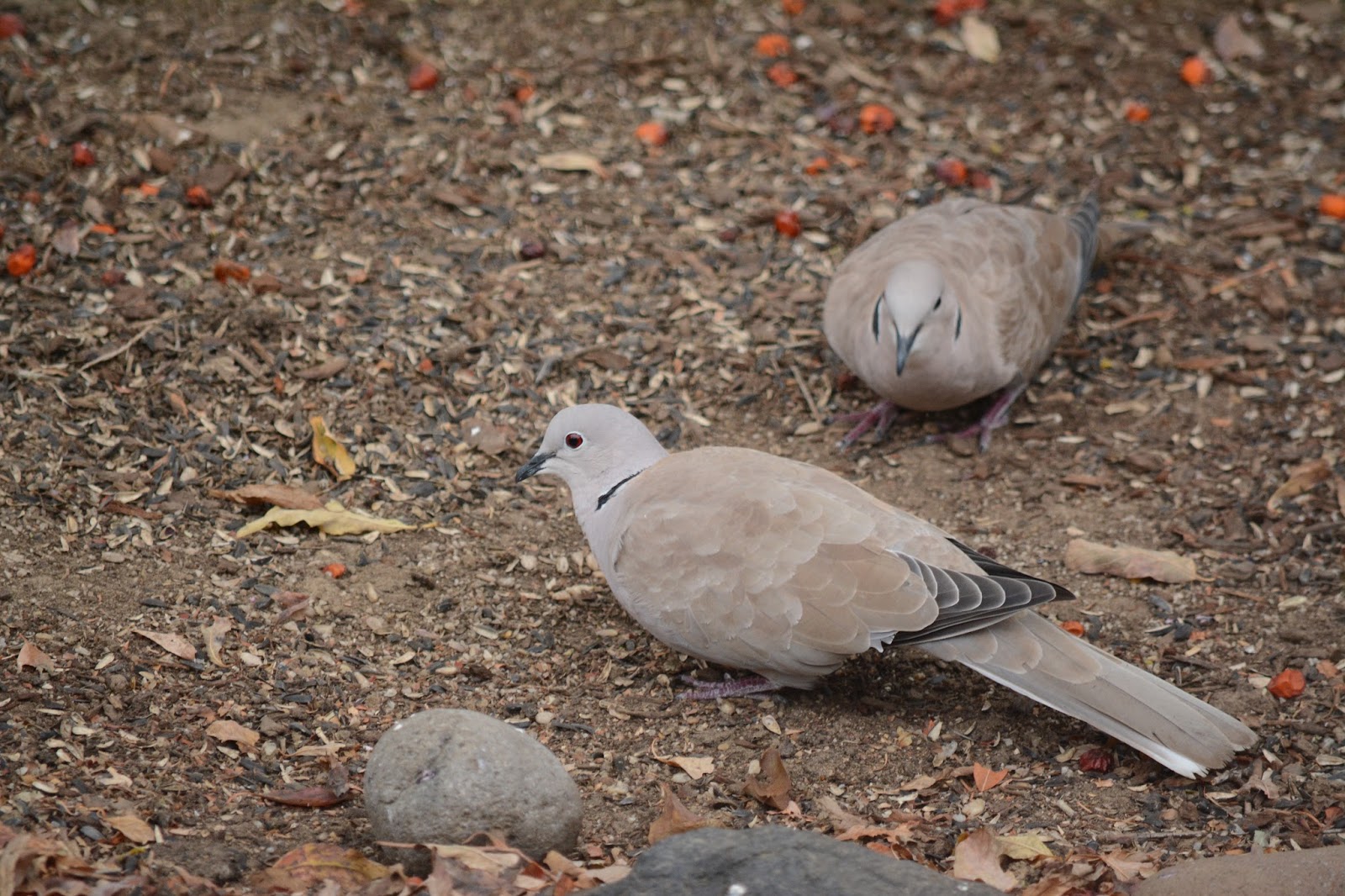 Cedar Waxwings usually stick to the top of my ash tree and I rarely see them till they fly off together.  A few days ago, when it was still hot, a couple came down to the bird bath for a drink. 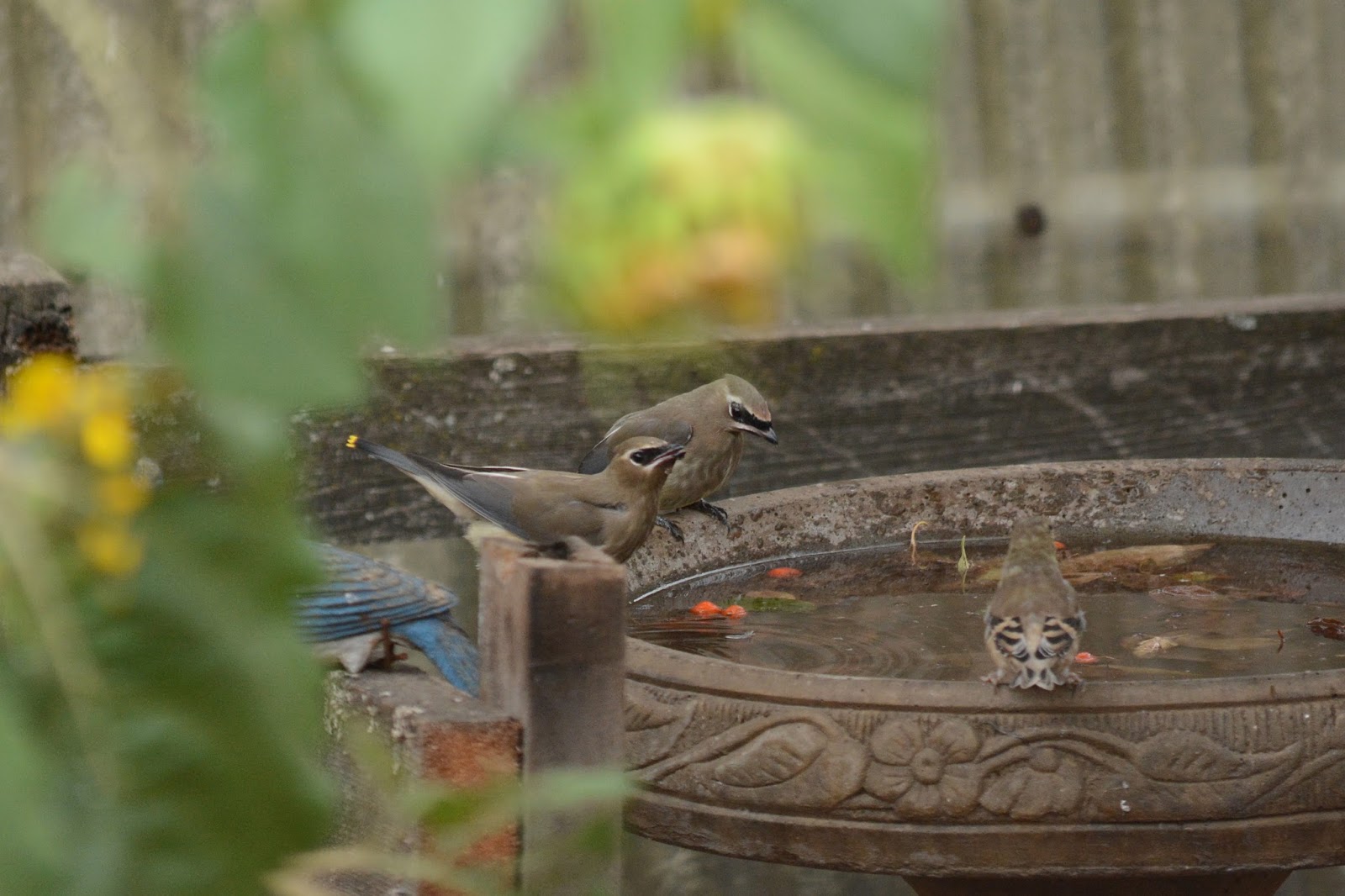 Downy Woodpeckers have been making appearances. 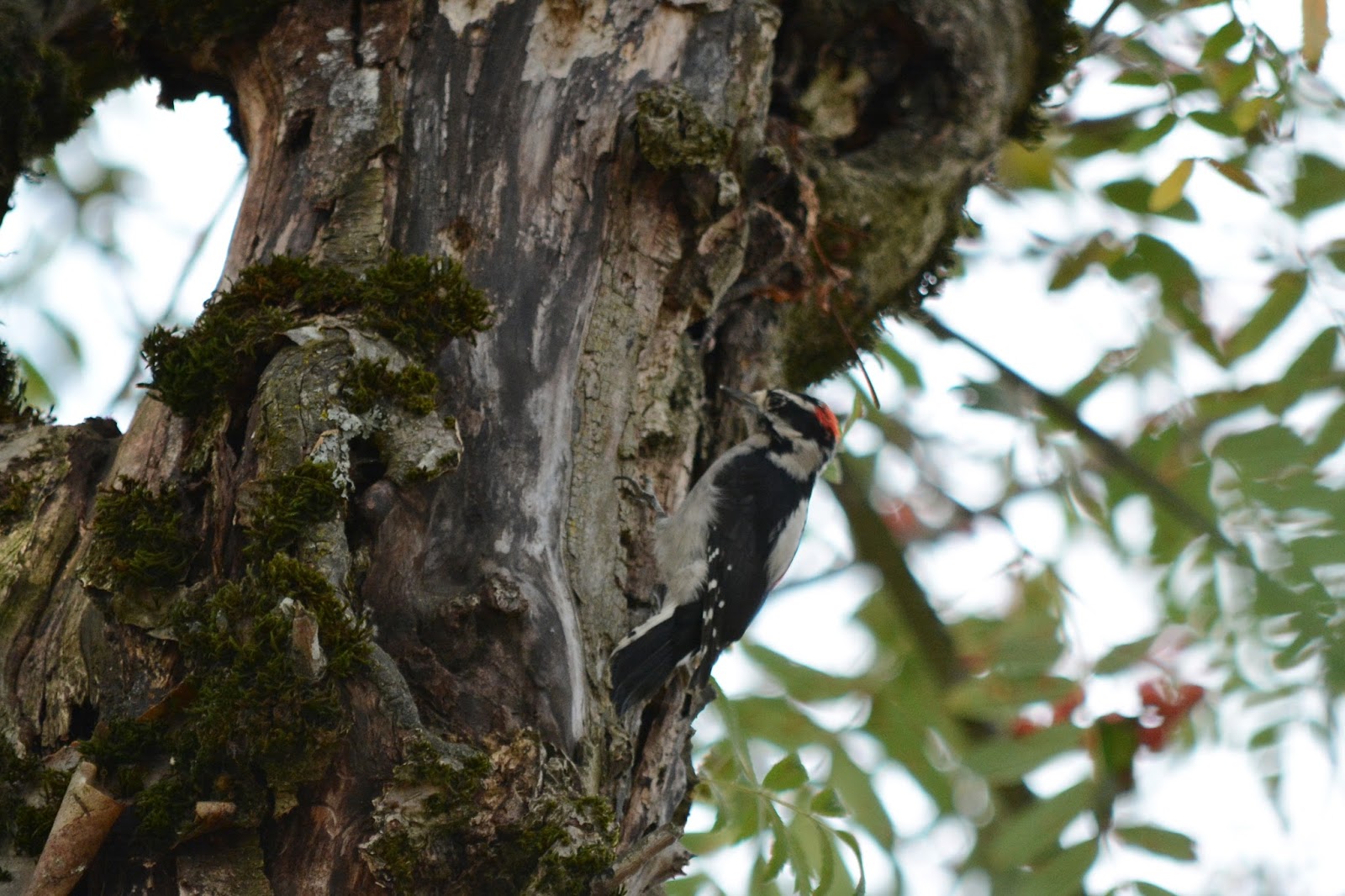 I don't think I shared my most recent camera trap photos with you yet.  I left the trap up on Larch Mountain for a few days and came up with a family of elk!  [Note:  I never bother setting the date/time so it always resets for January 1, 2013 00:00] 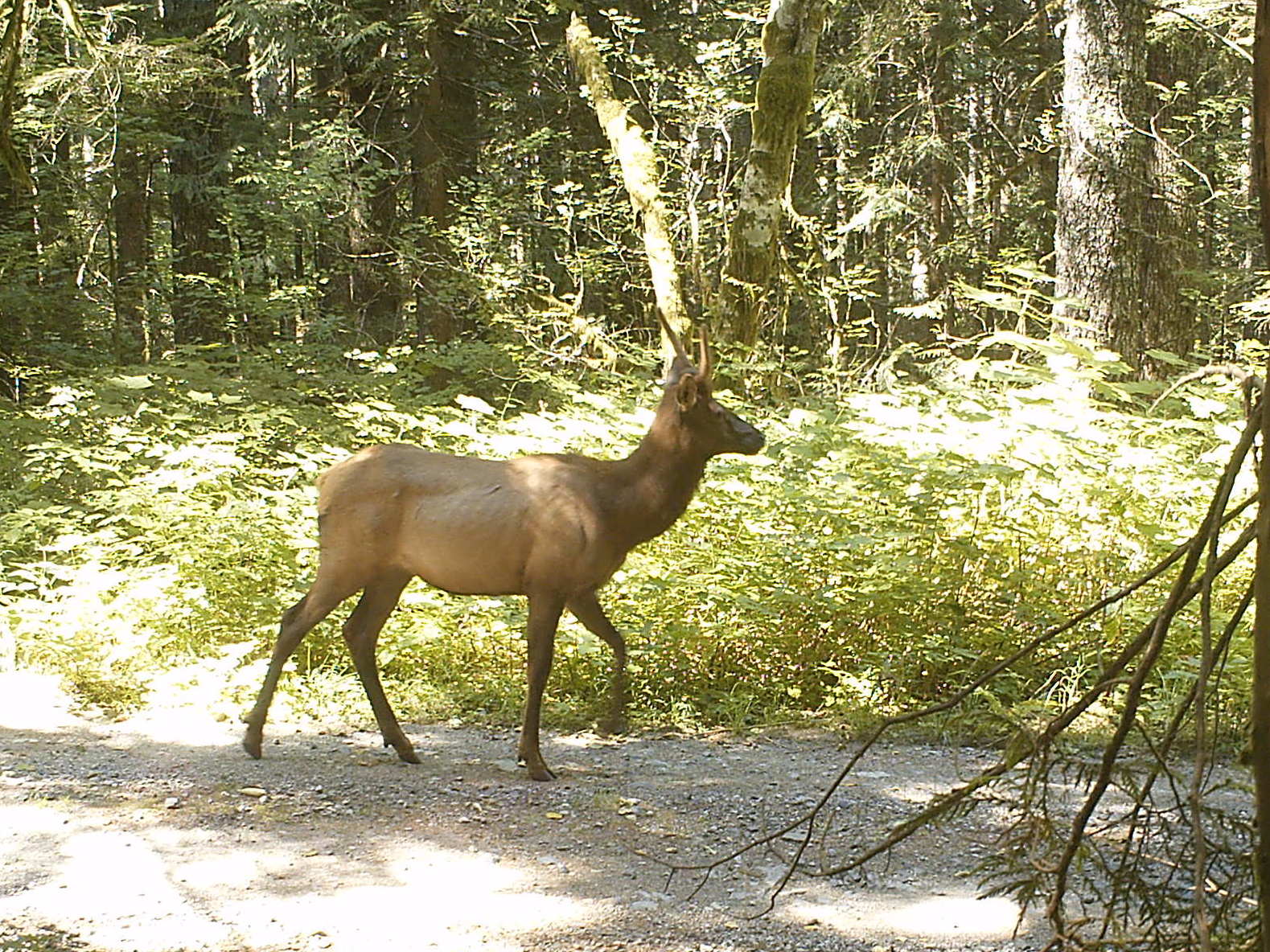 Papa, cropped, the only one that seemed to pause for a photo 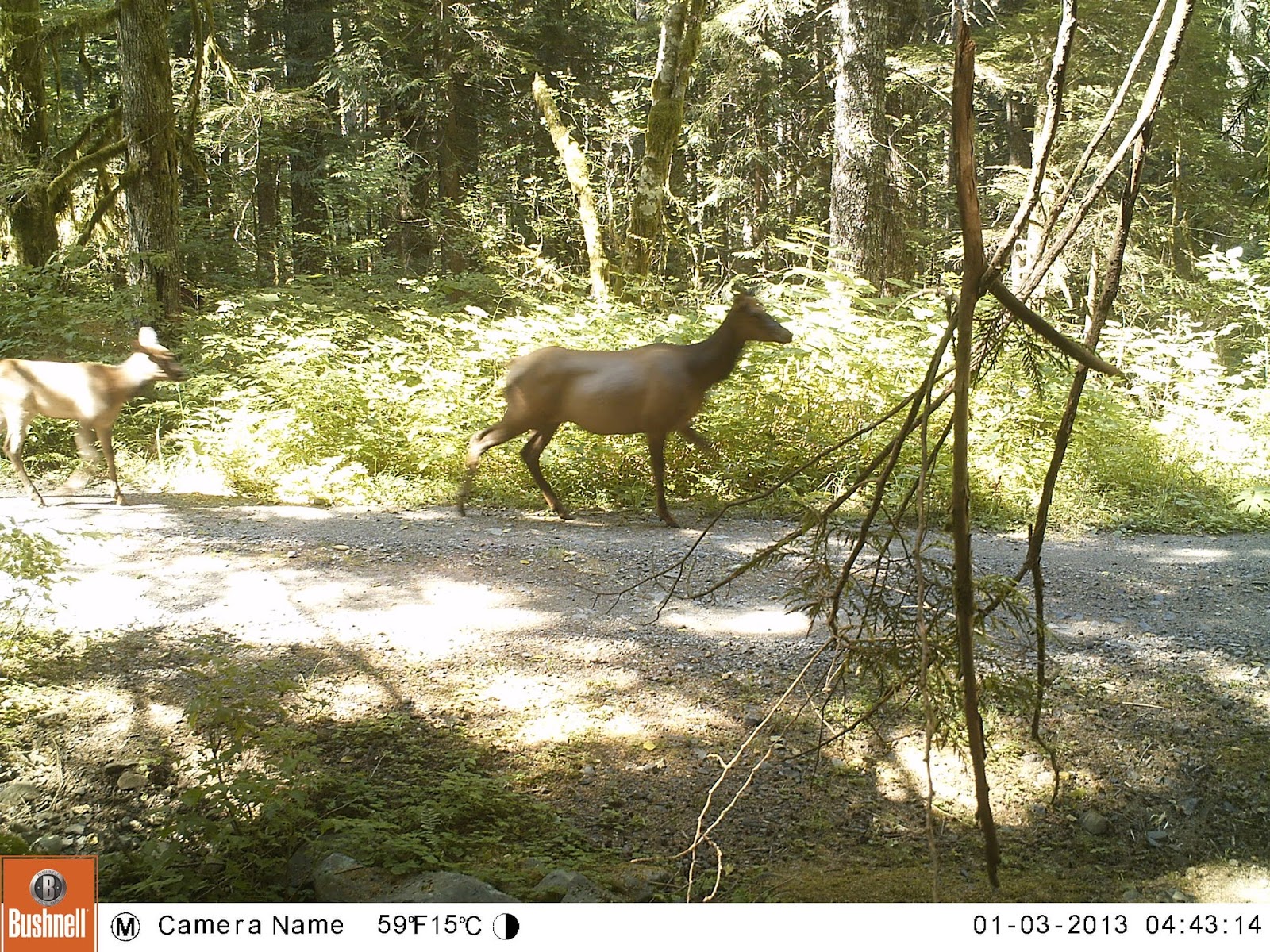 Mama, the first to appear, followed by a younger elk 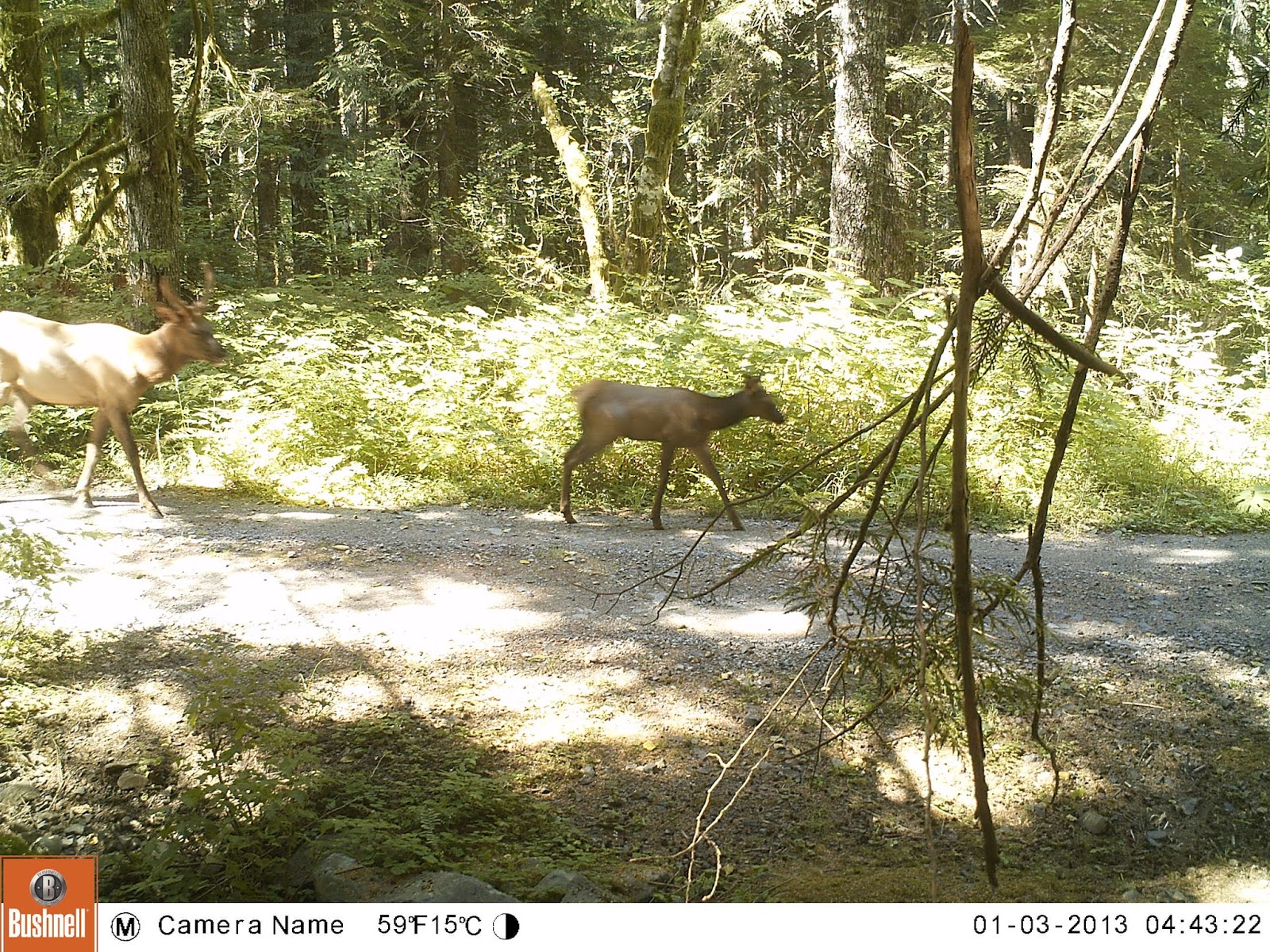 The younger elk, followed by Papa 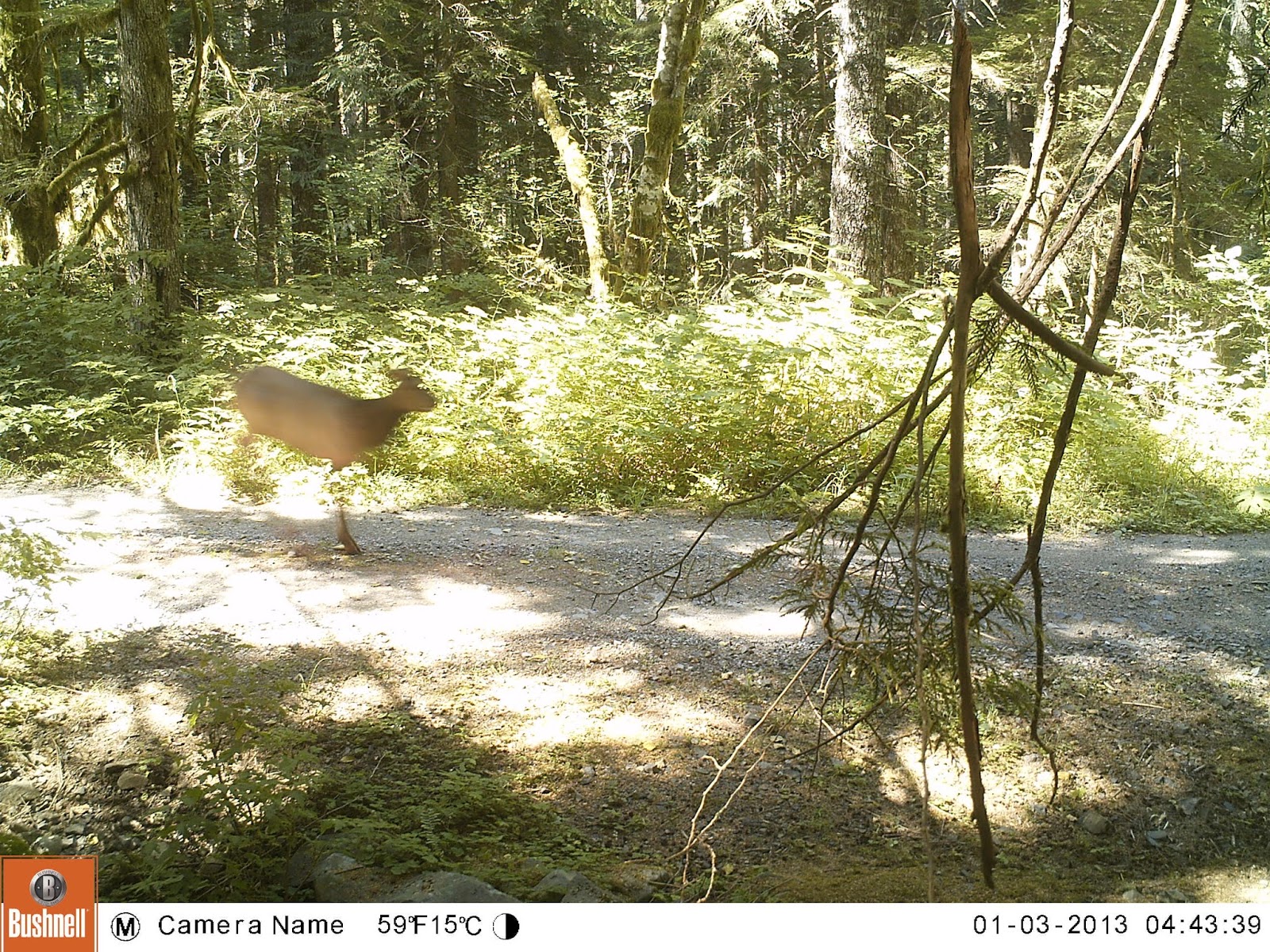 A second younger elk, running to catch up

I am just assuming they're a family- I've never seen a group like this before.  I have also never seen elk on Larch Mountain, so that's cool too.   Also caught on a camera was this guy walking with his Rhodesian ridgeback who obviously stared right at the camera, just 40 minutes after the elk passed. 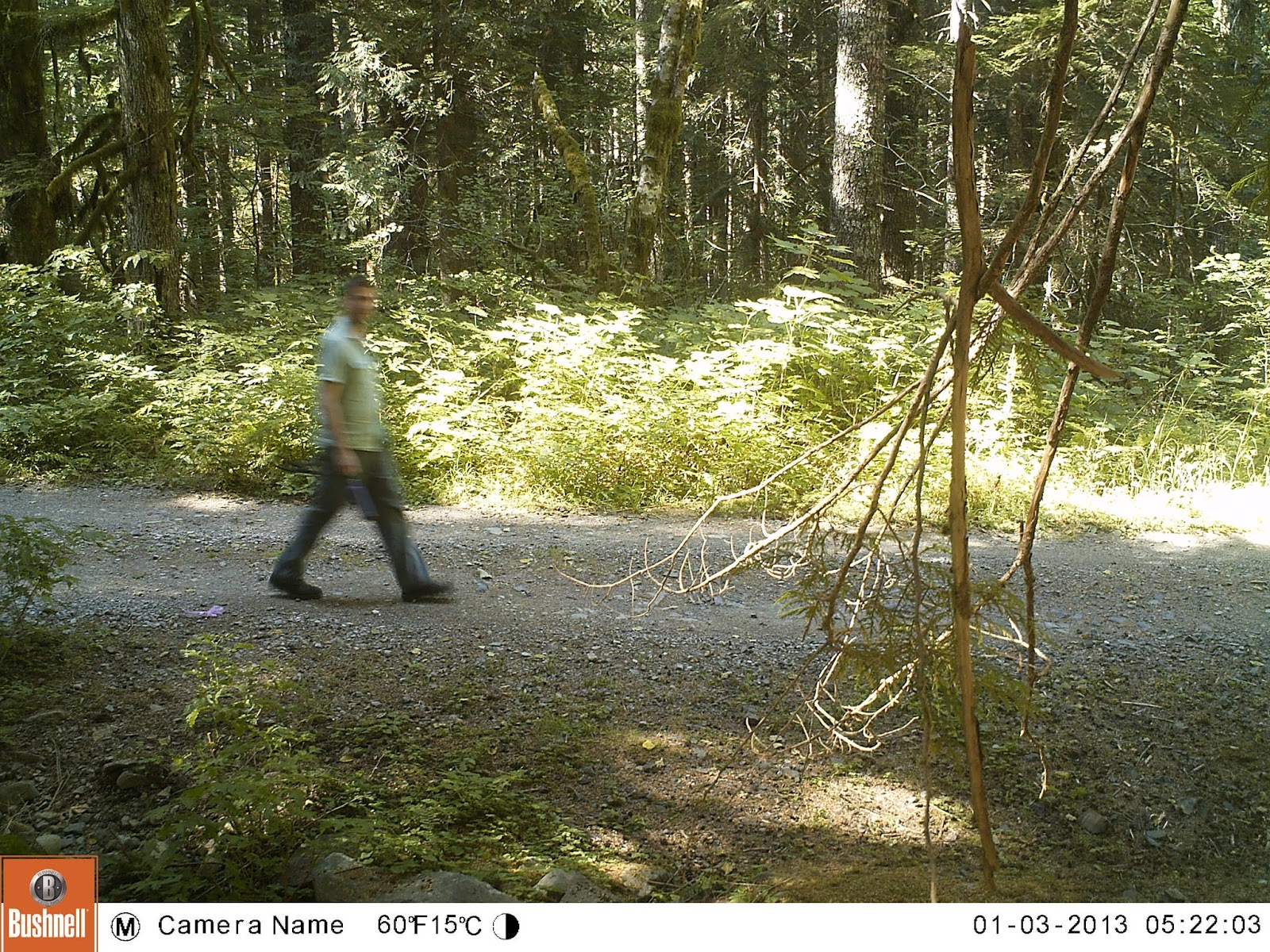 I recently returned to Larch to set up the camera again, in a less popular walking area (I hope).

In local birding news, Sauvie Island has been producing some great birds.  I made it out there on Tuesday to see what I could find at Coon Point.  First I found Bob Archer, which was very useful, because he immediately pointed out the Marbled Godwit and the Ruff, the latter being a life bird.  Sweet!  No photos worth sharing from that area, so I will just share some flowers from Kruger's Farm... 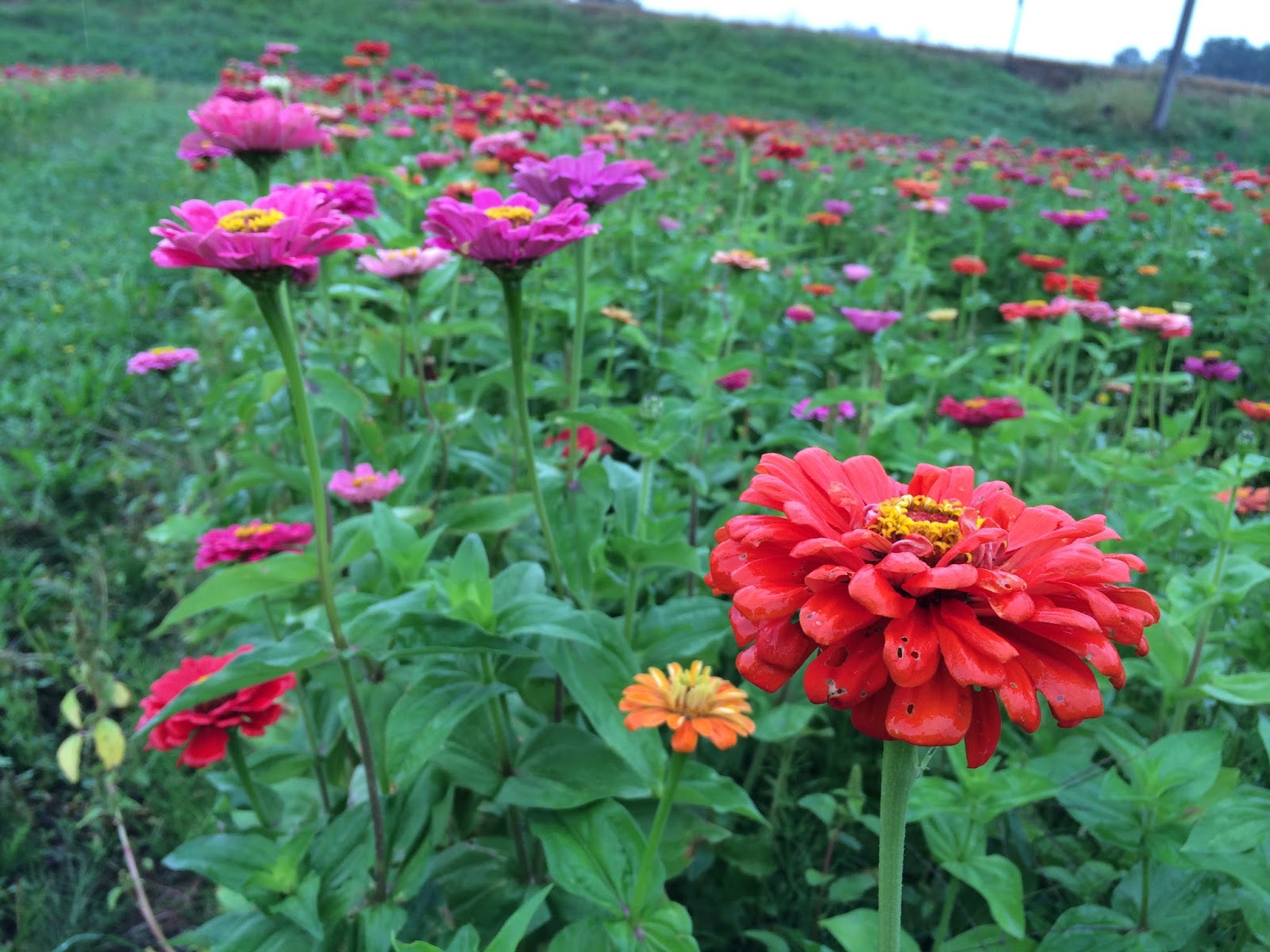