Gull brutality and an unCommon Tern

on September 06, 2014
On Thursday I got the worst views possible of a new state bird for me, a Common Tern, at Smith and Bybee Lakes.  I debated even counting it.  My photo (yes, just one) looks like a tiny ghost floating in the background of Smith Lake.  Here's a photo of a mud bug instead: 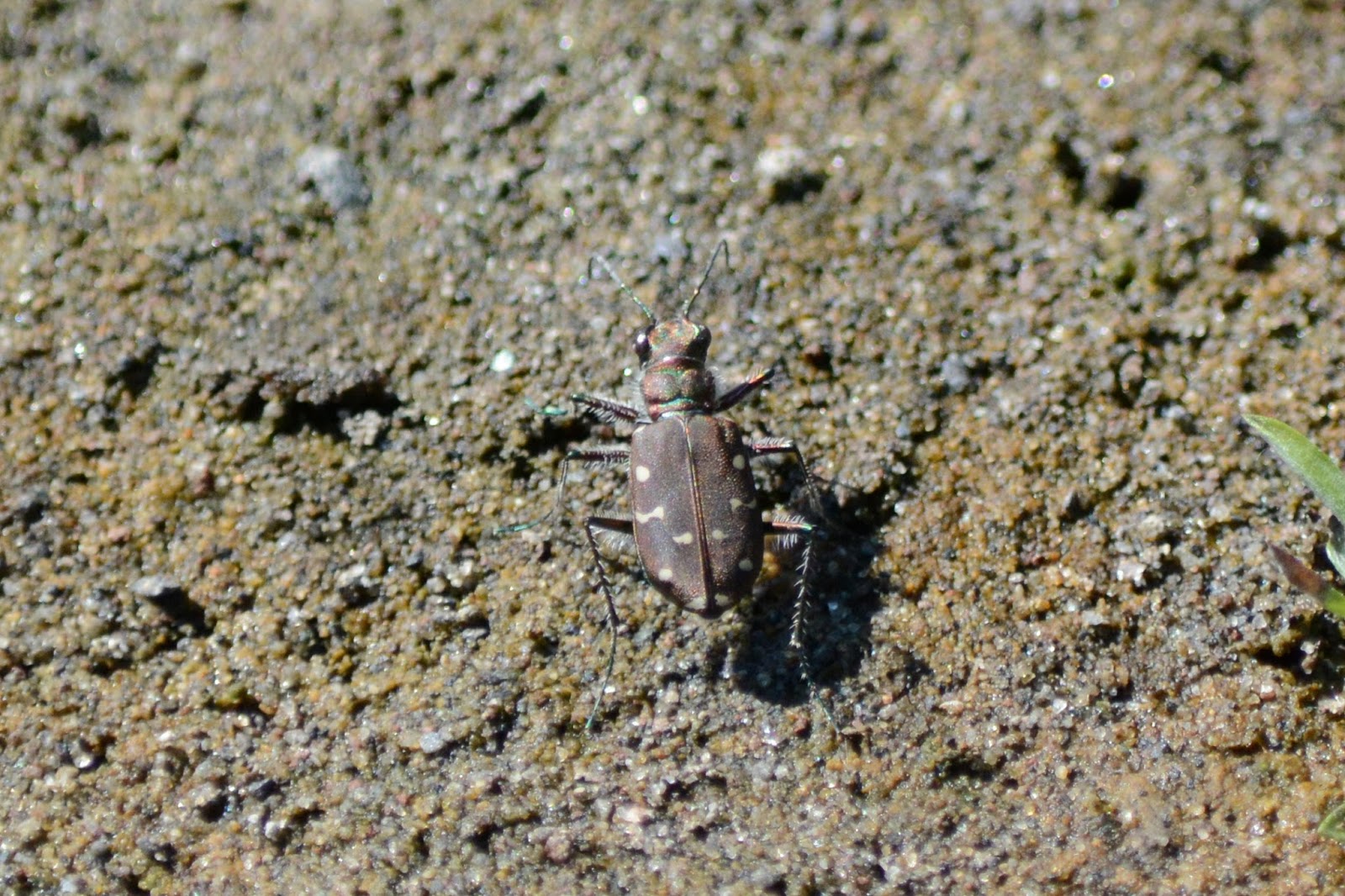 On Friday I saw on OBOL that another Commen Tern had been found, this time at Broughton Beach, and this time the bird was close and offering great views.  I had the afternoon off from work and despite the high temperature I rolled the dice and decided to walk the whole way there.

I ran into Tait at the beach, who had seen the bird but it had flown off.  After an hour of sitting in the sand, and briefly getting trapped on an island with the rising tide, I was ready to call it.  We had just started walking out to check one last time for hidden shorebirds when the tern decided to appear. 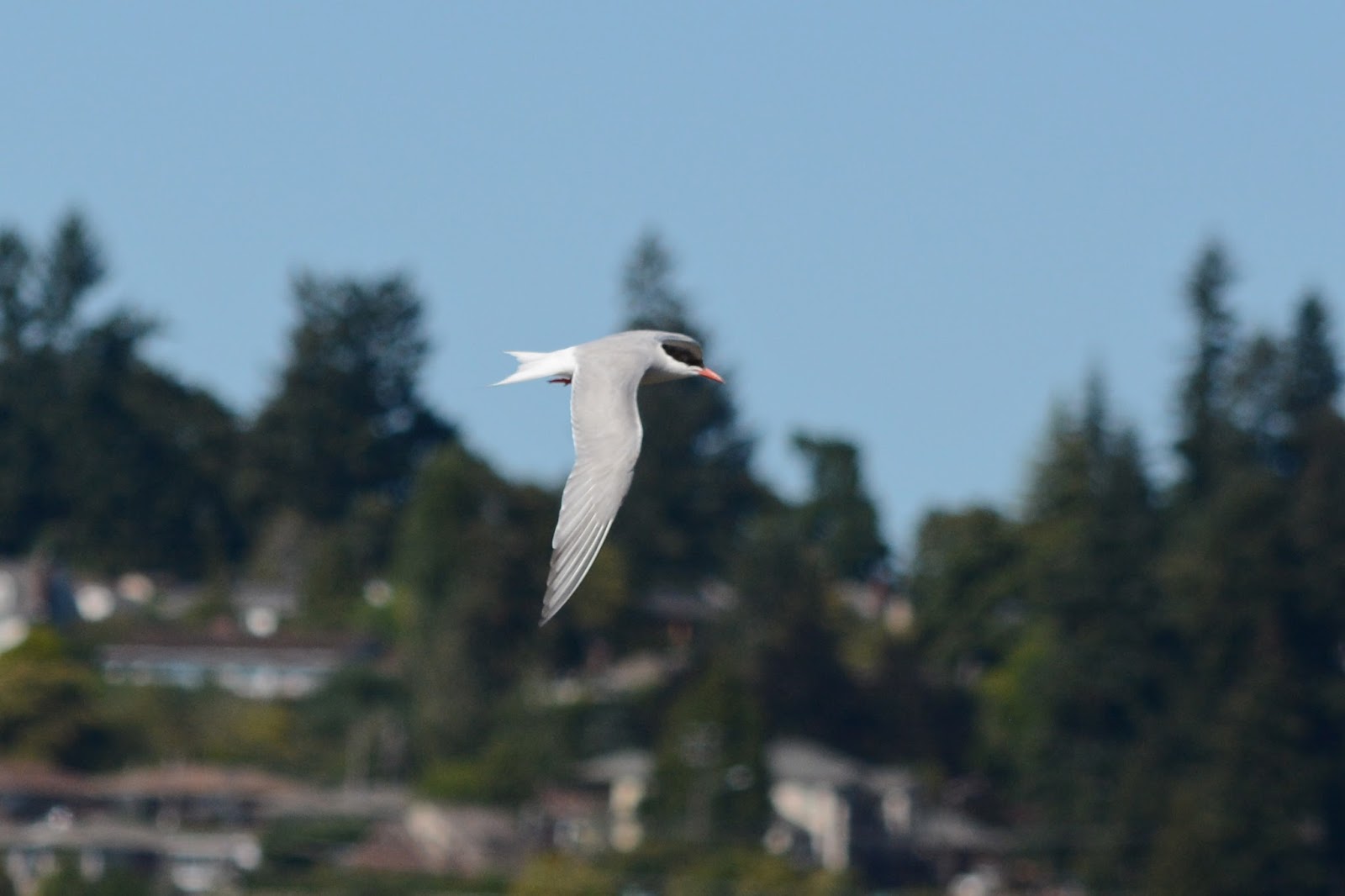 The tern stuck around for the next half hour, letting us approach rather close, more concerned with the towering gulls than with us. 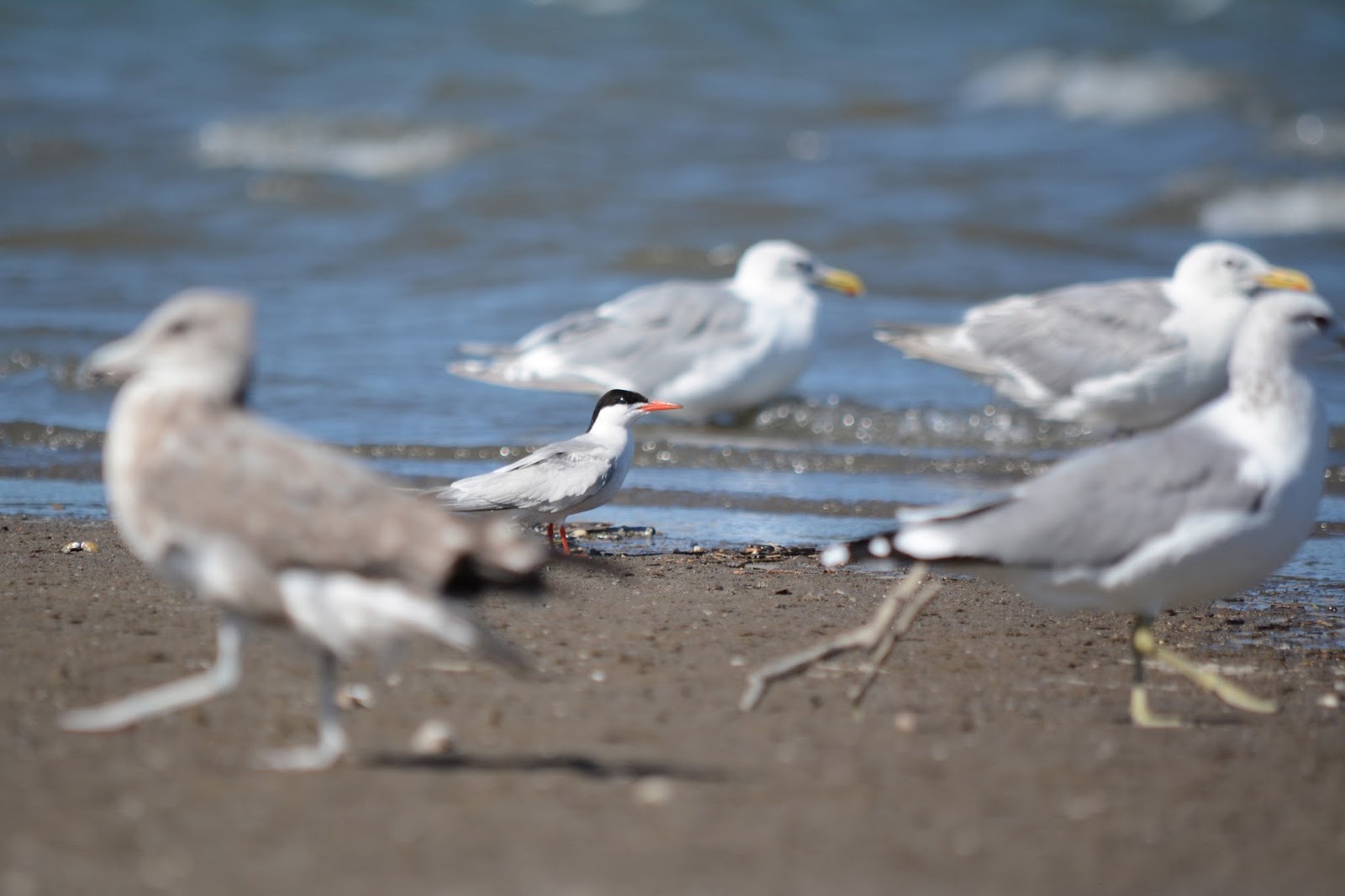 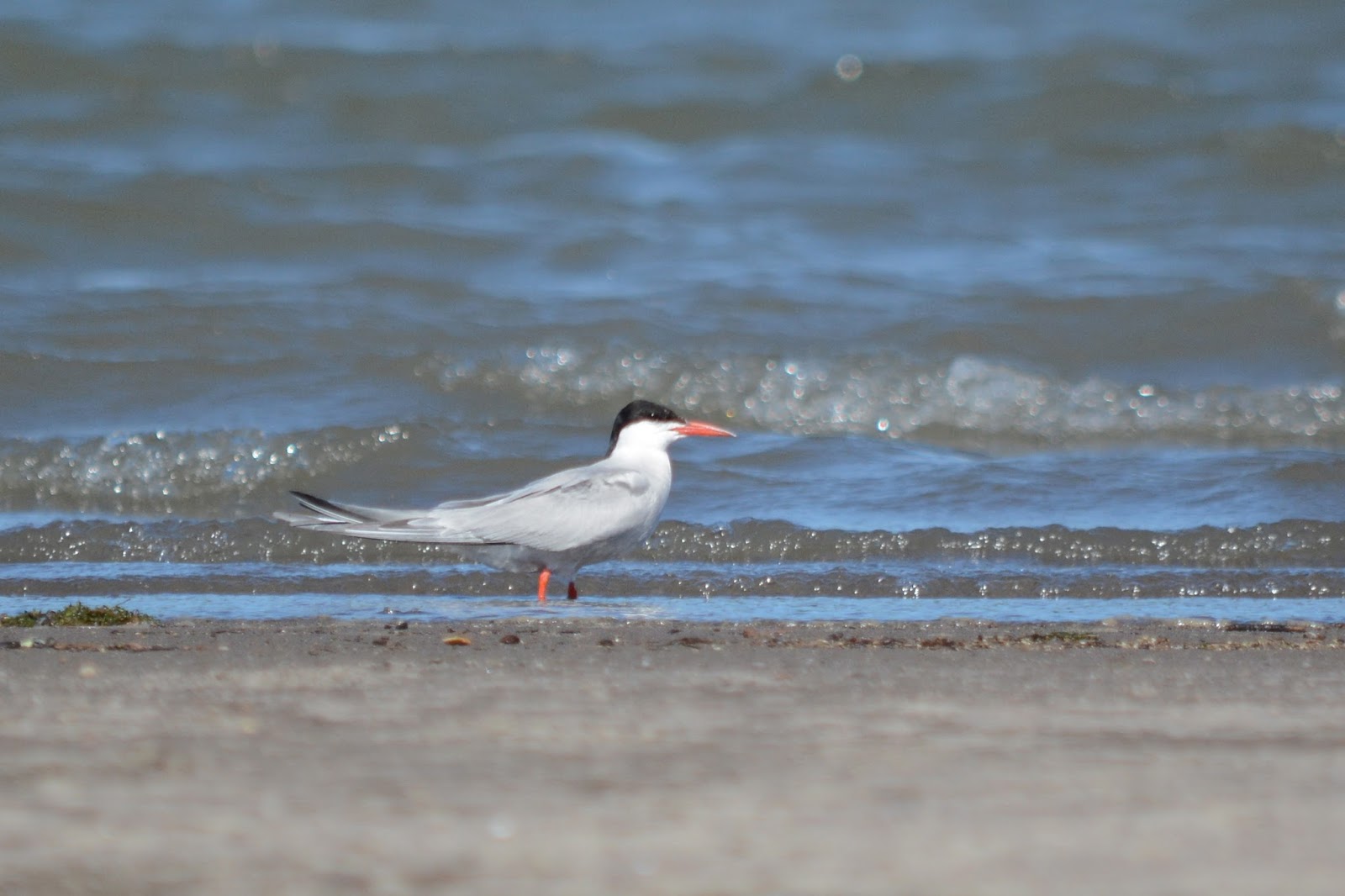 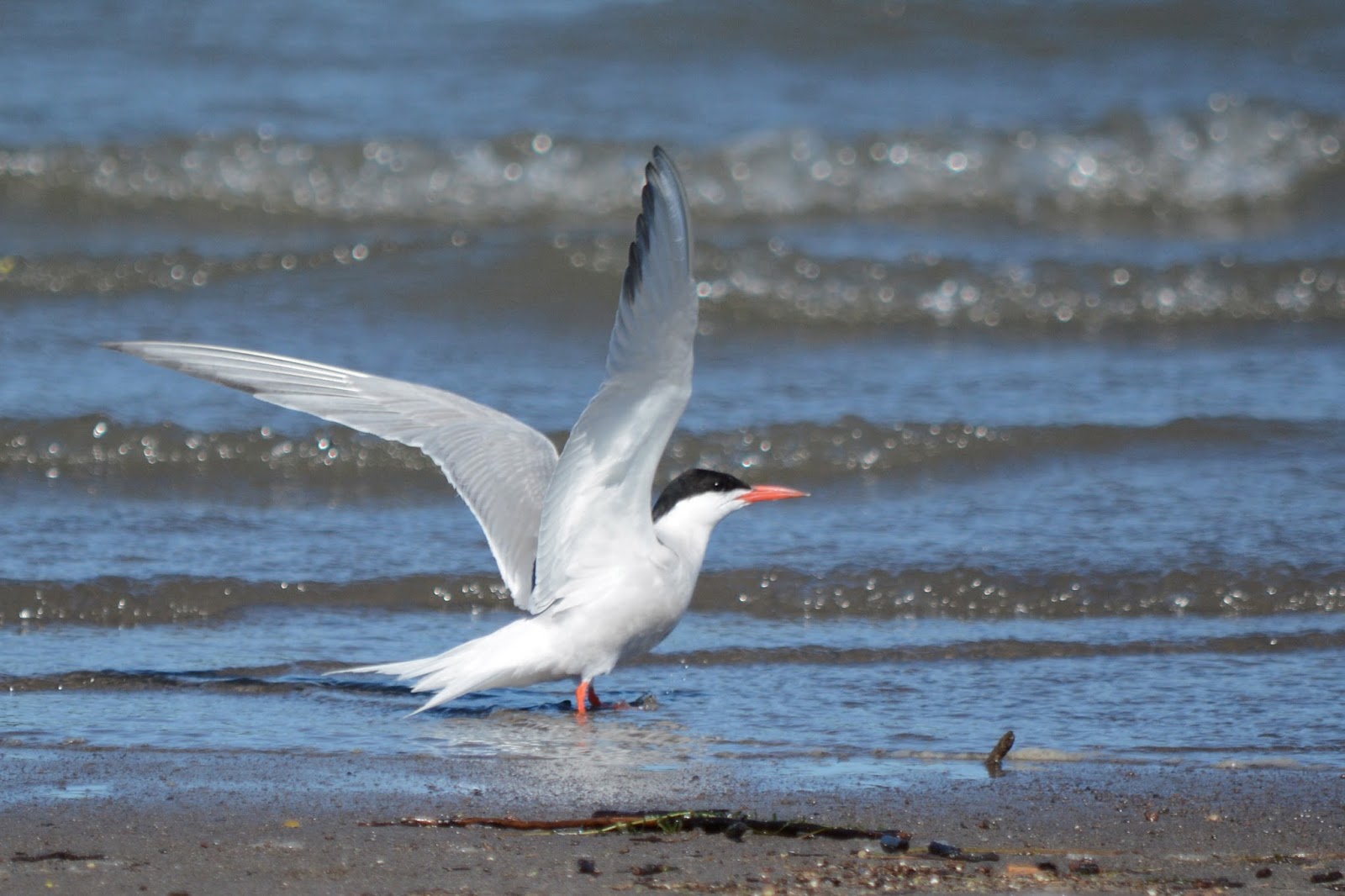 This is how all birds should present themselves in the future.  Just sayin.

Now back to those wacky gulls.  They were all just standing around when suddenly two Glaucous-wingeds broke into a crazy fight.  I averted my eyes from the tern long enough to snap some quick shots of the battle: 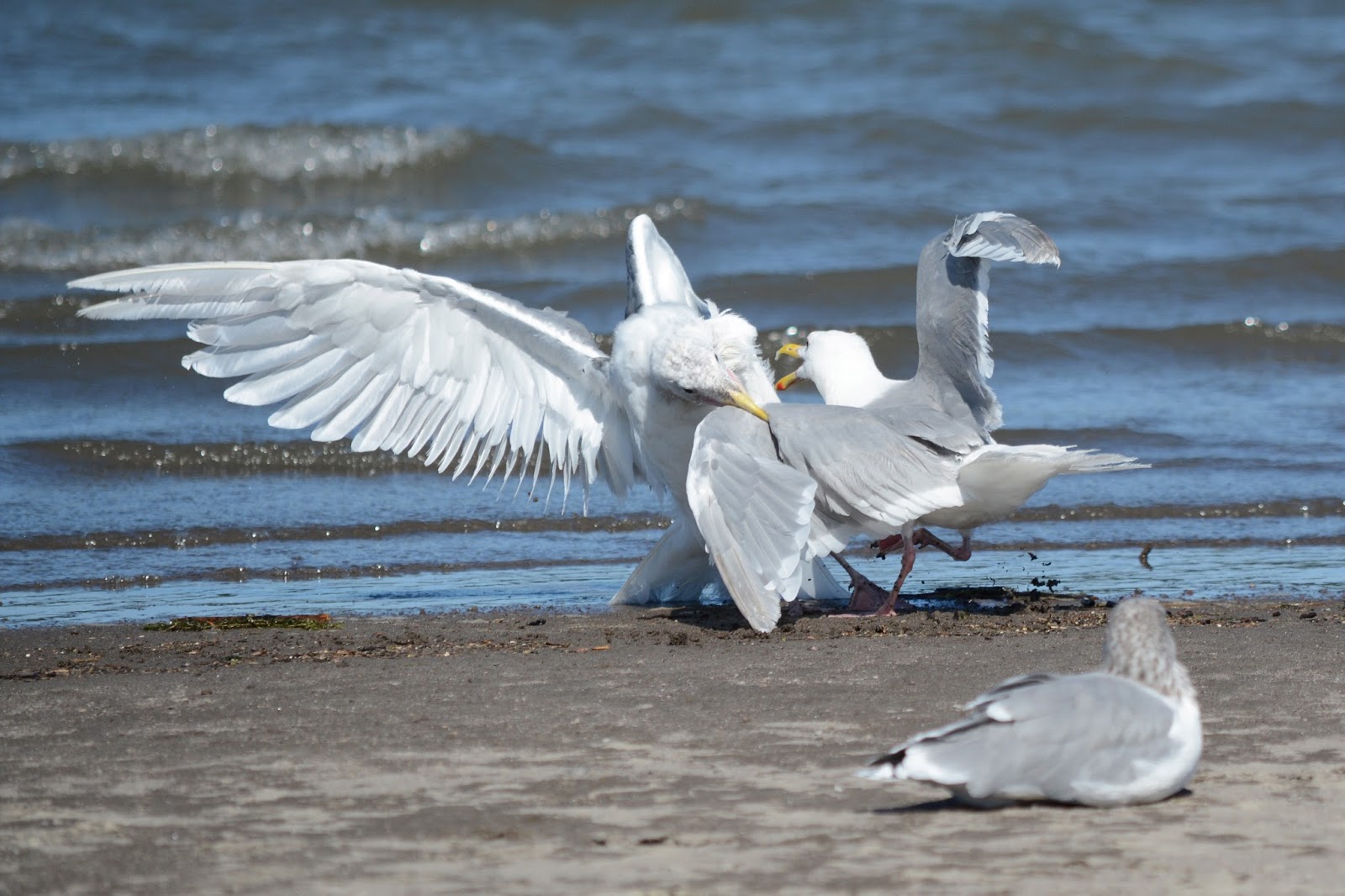 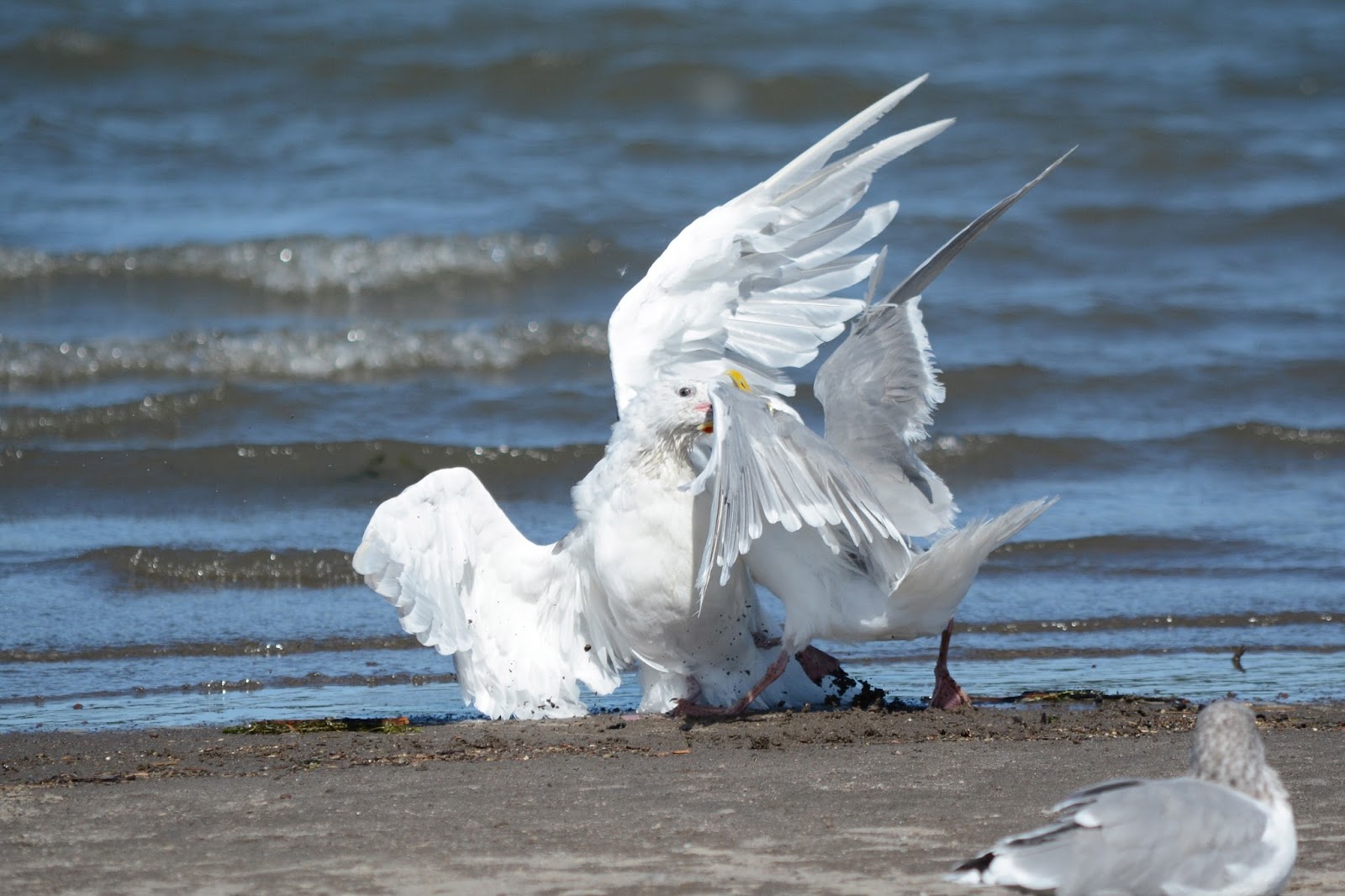 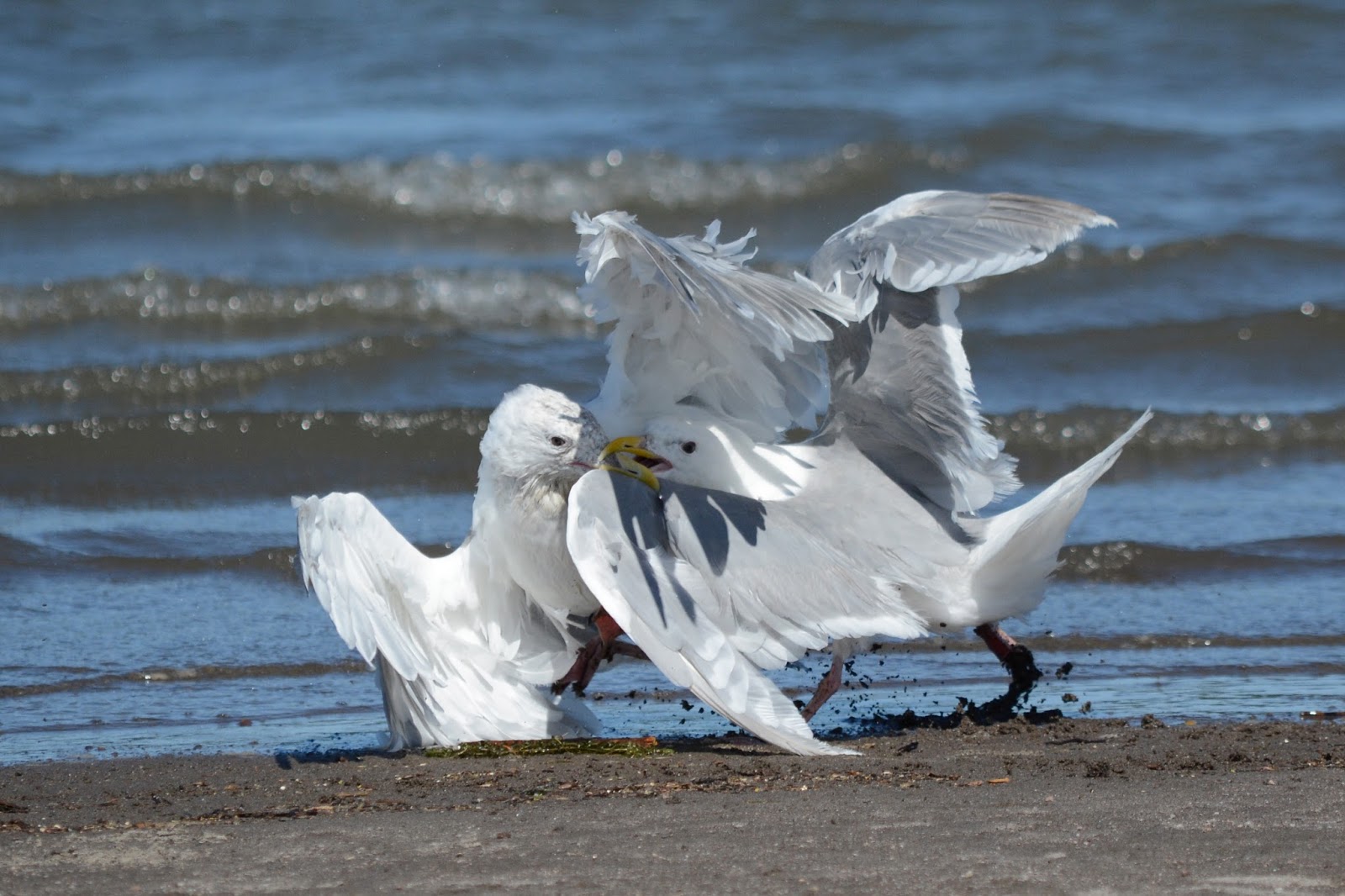 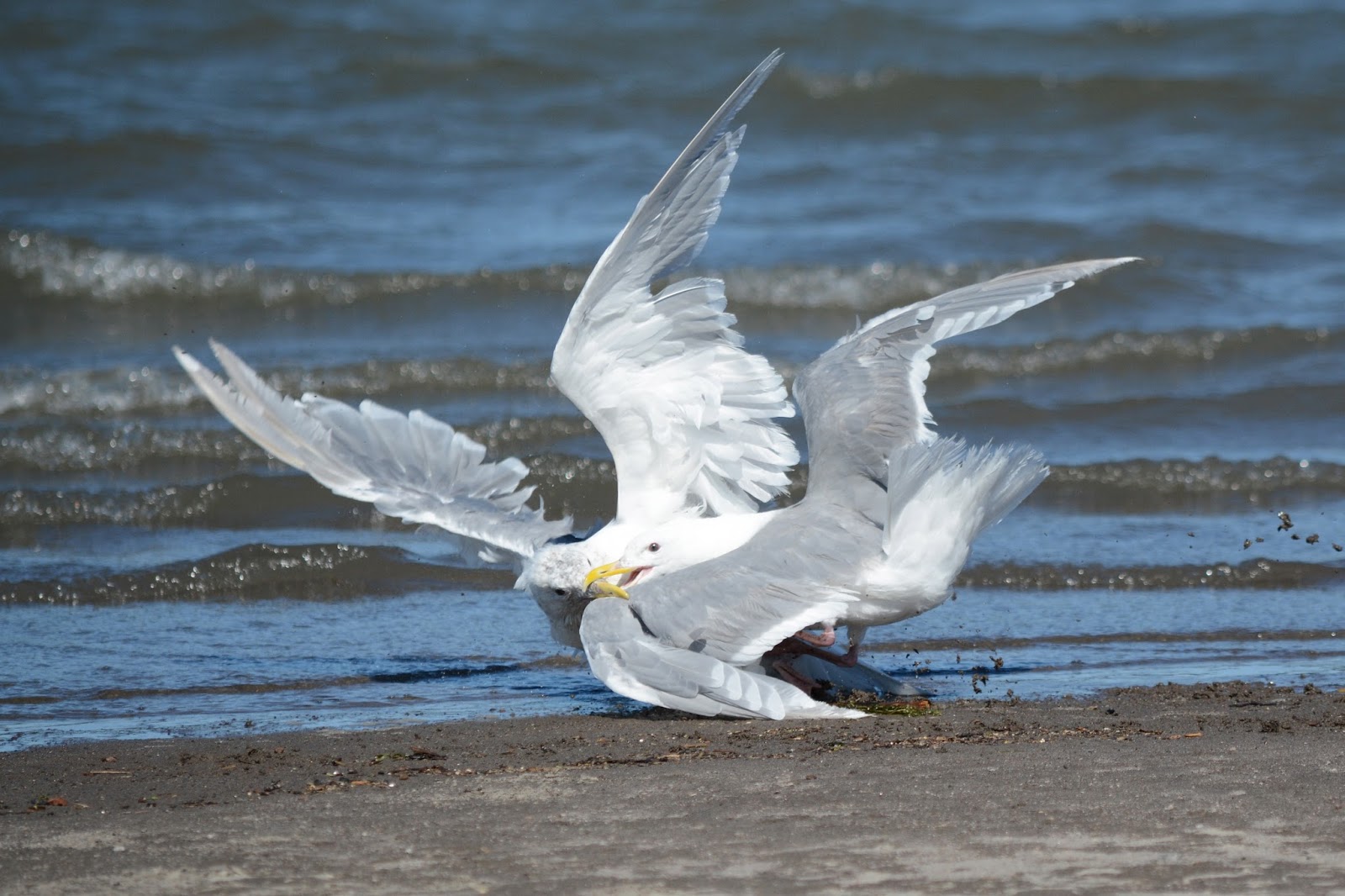 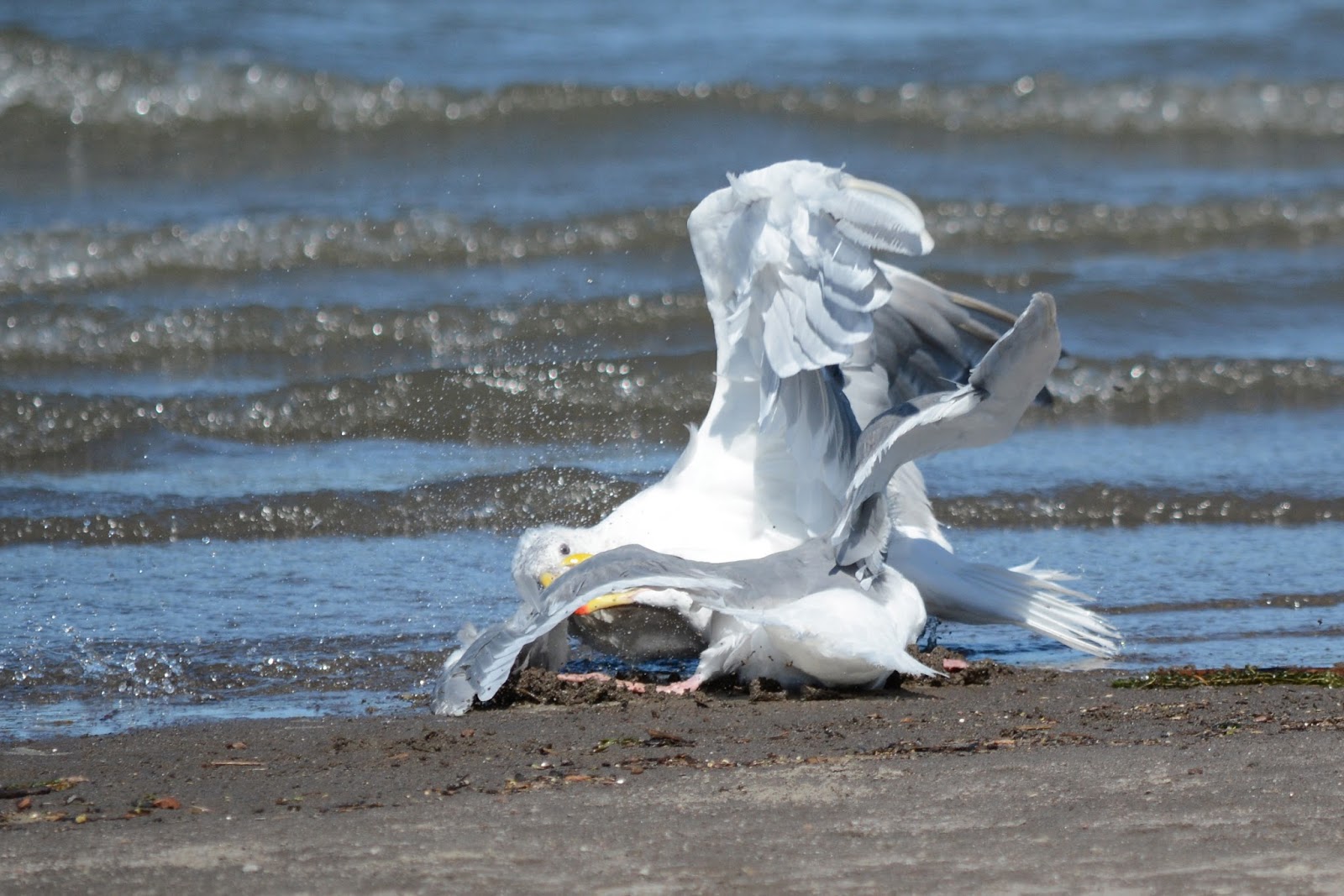 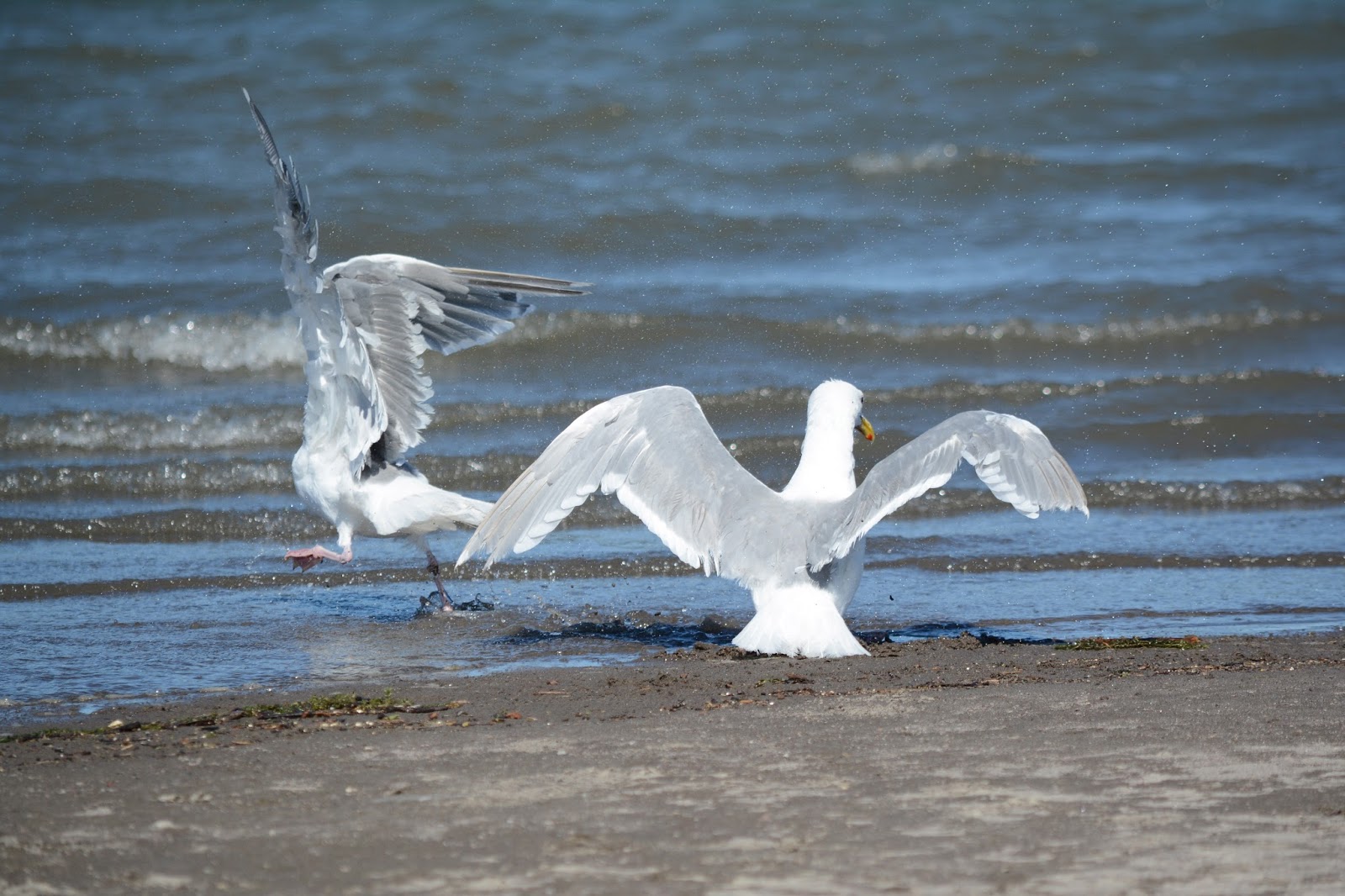 Brutal.  Back to the tern, a couple more shots... 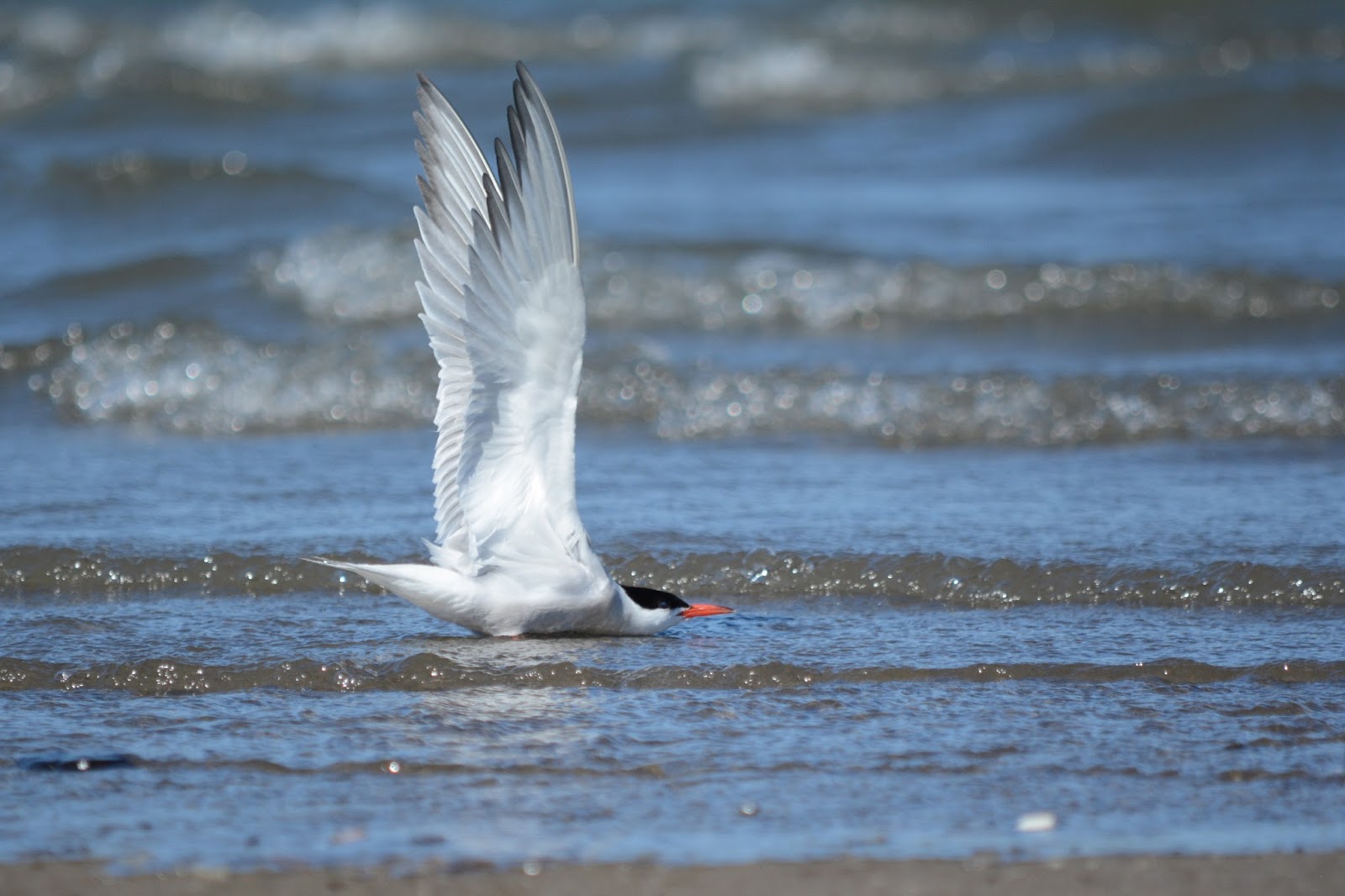 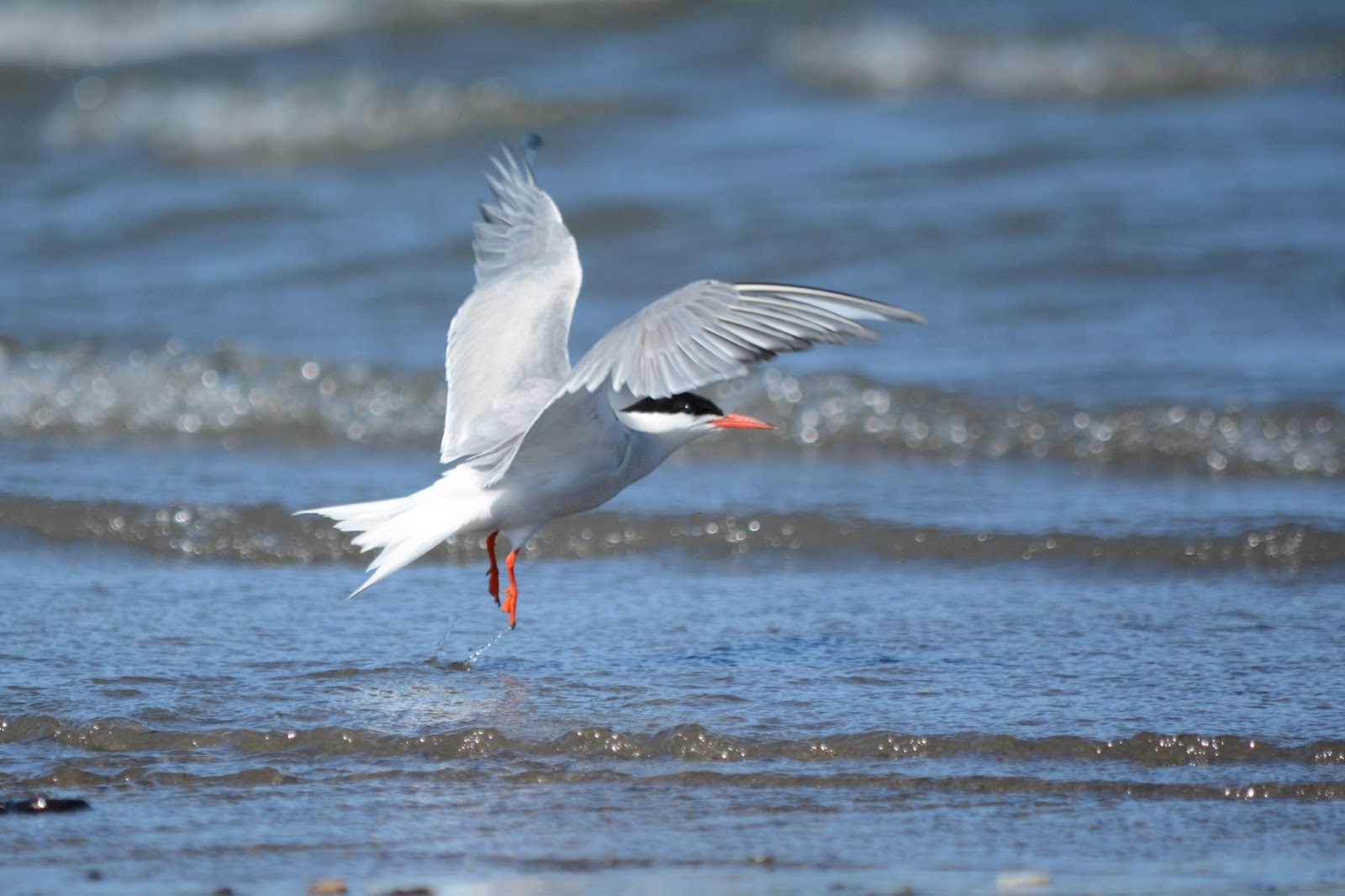