Can you still call it a chase when the bird never freakin moves? 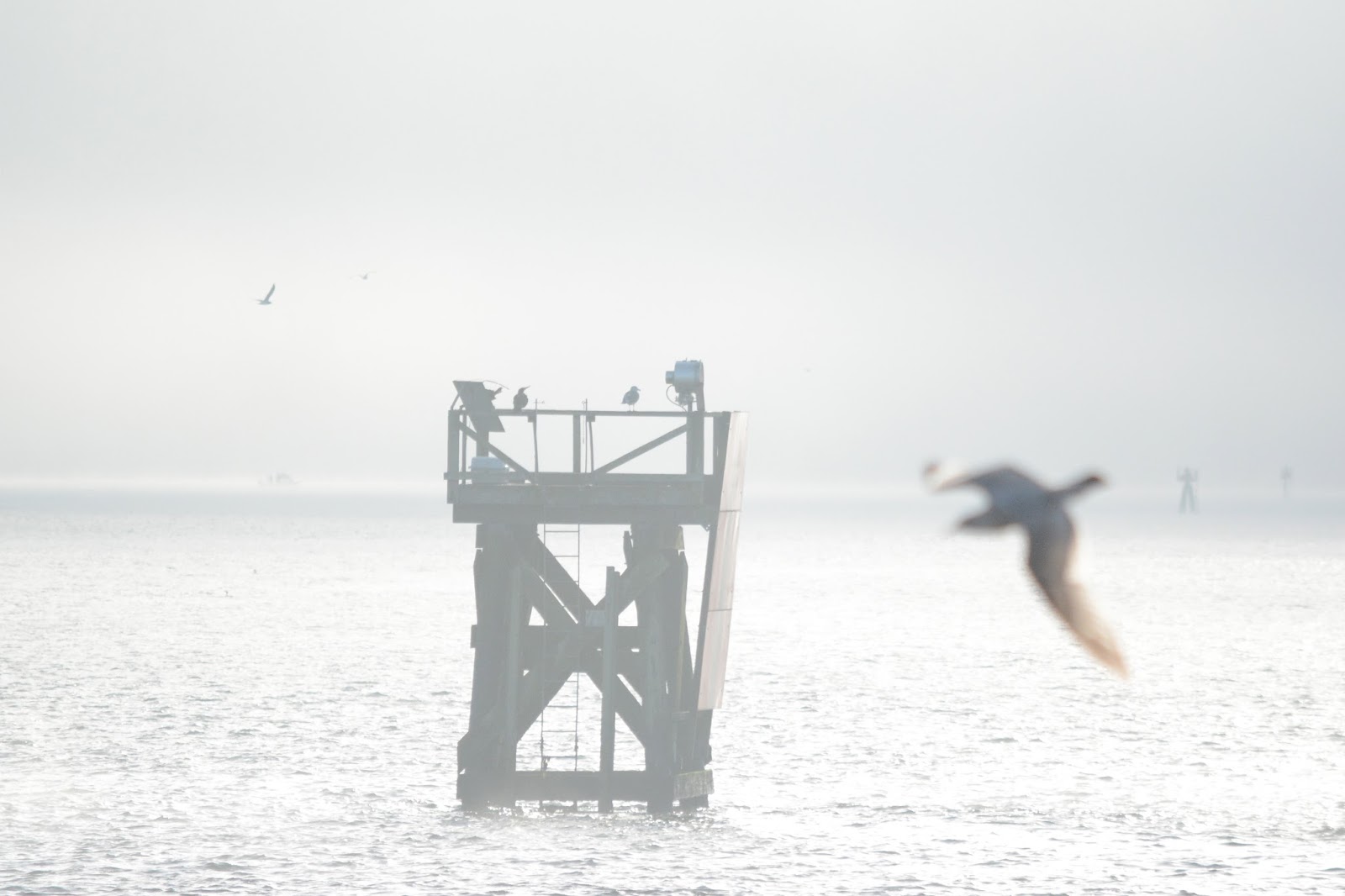 I arrived at the location of a recently found Brown Booby in Newport just before 9:00 a.m. yesterday.  The bird was hunkered down, facing away from the boardwalk.  The other two birders and I were not even positive we were looking at the right dark blob until, as you can see above, it finally picked its head up. 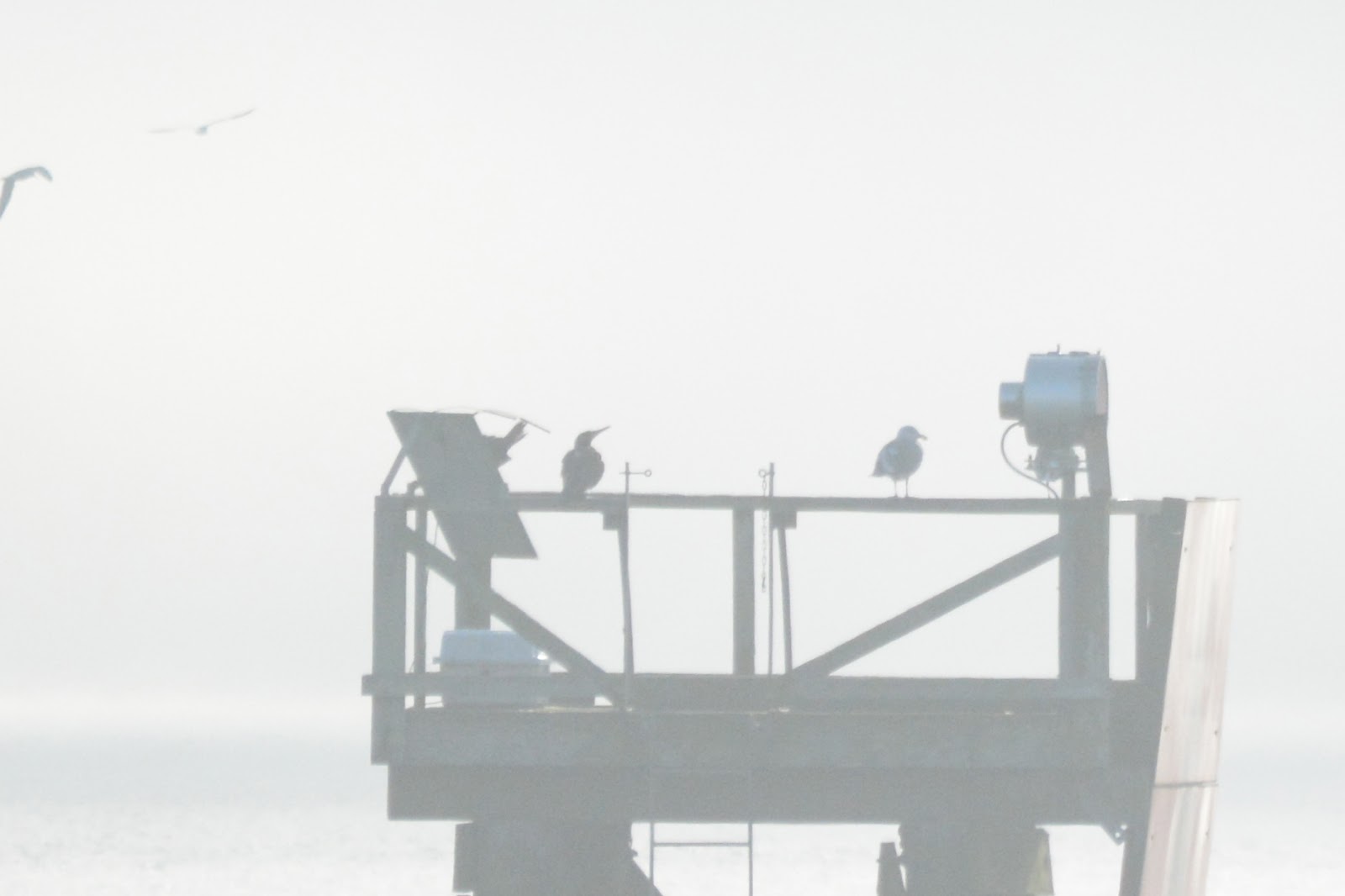 The sun was shining nearby but the booby was stuck in the fog.  I waited patiently for an hour for it do ANYTHING but it just slept, poking its head up maybe three times throughout the hour.  Sea lions below the boardwalk were trying to entertain us instead... 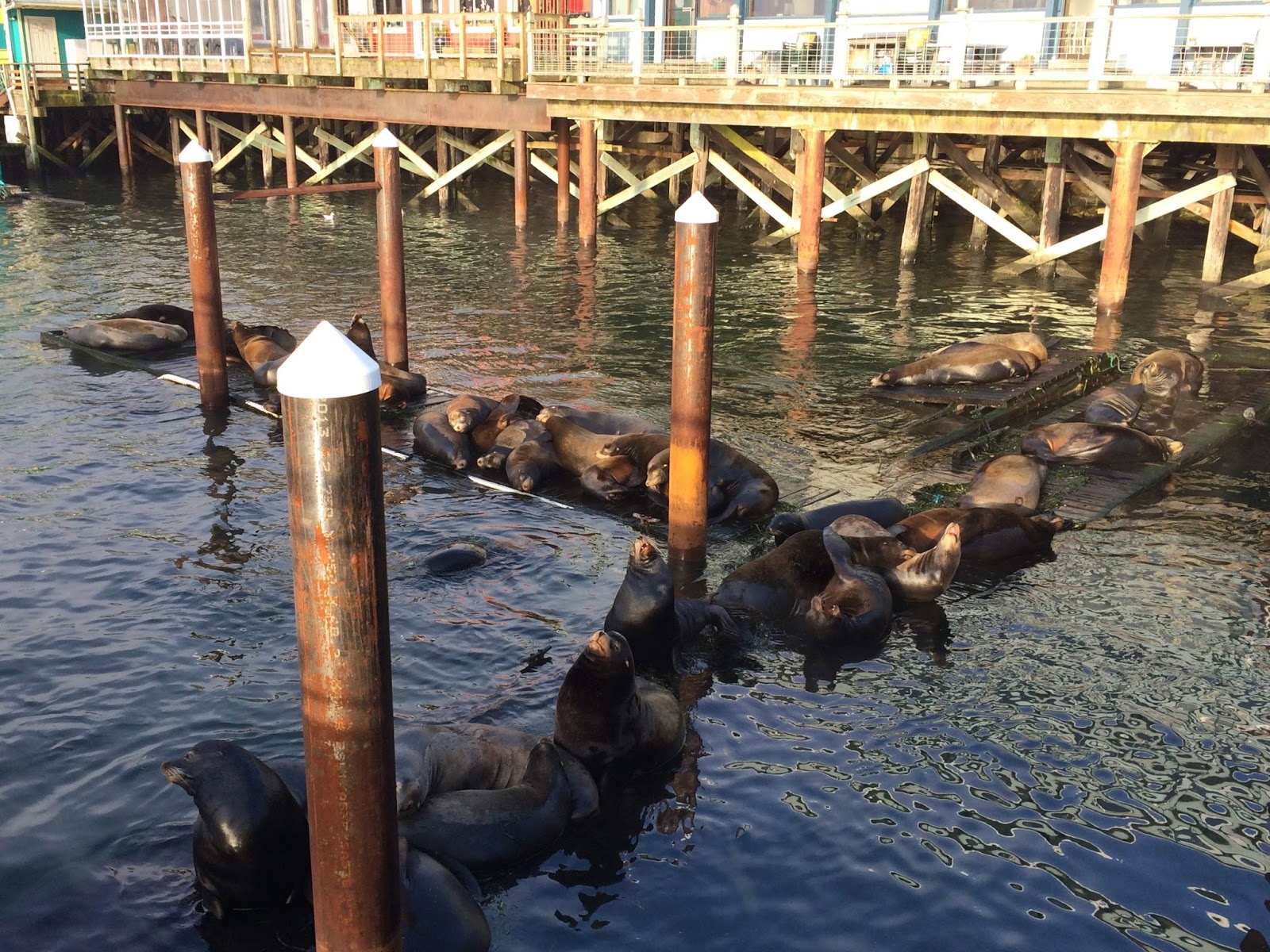 The Yaquina Bay Bridge always makes for a good photo... 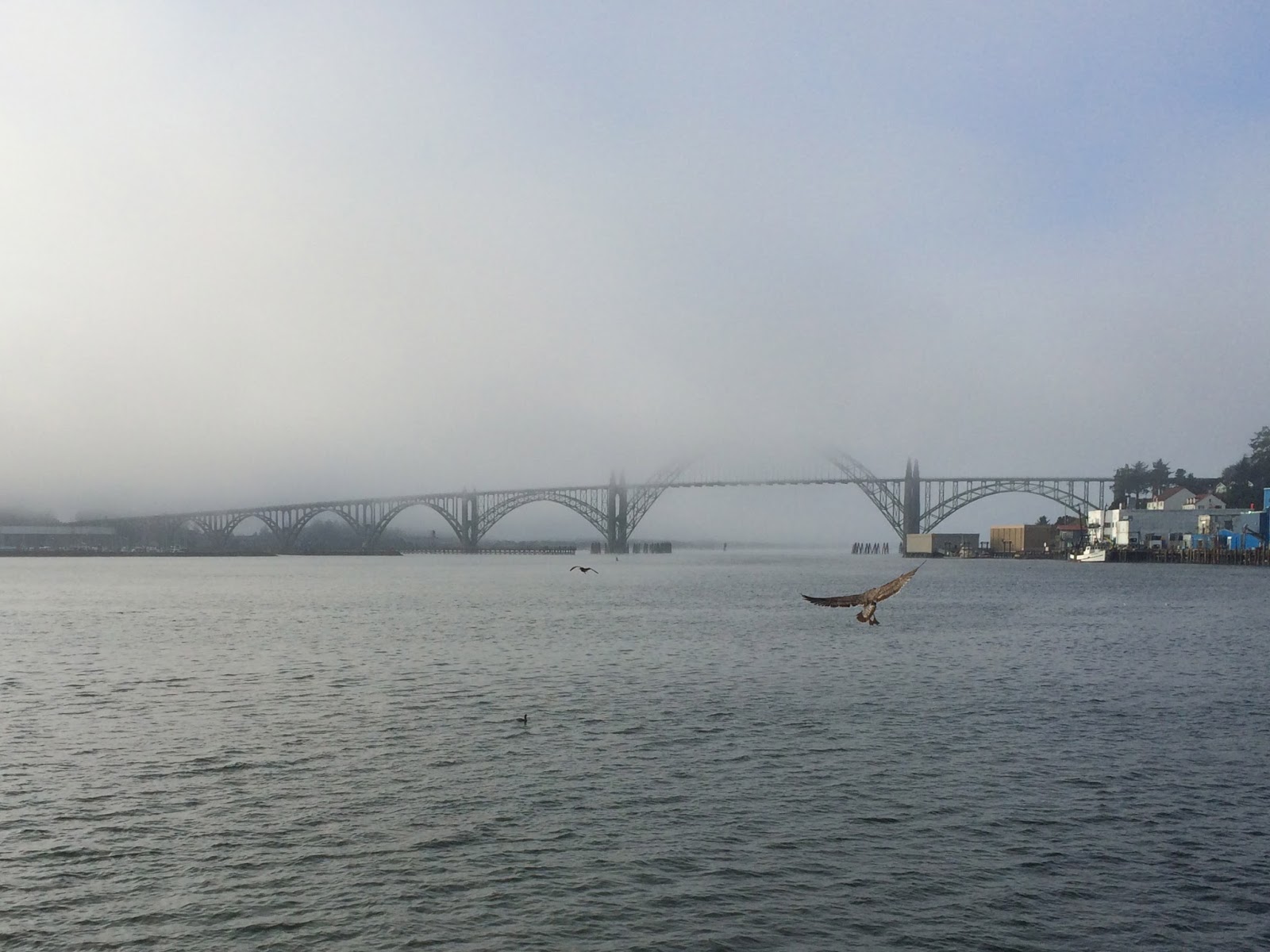 I left around ten to take the dogs over to the south jetty for a walk. 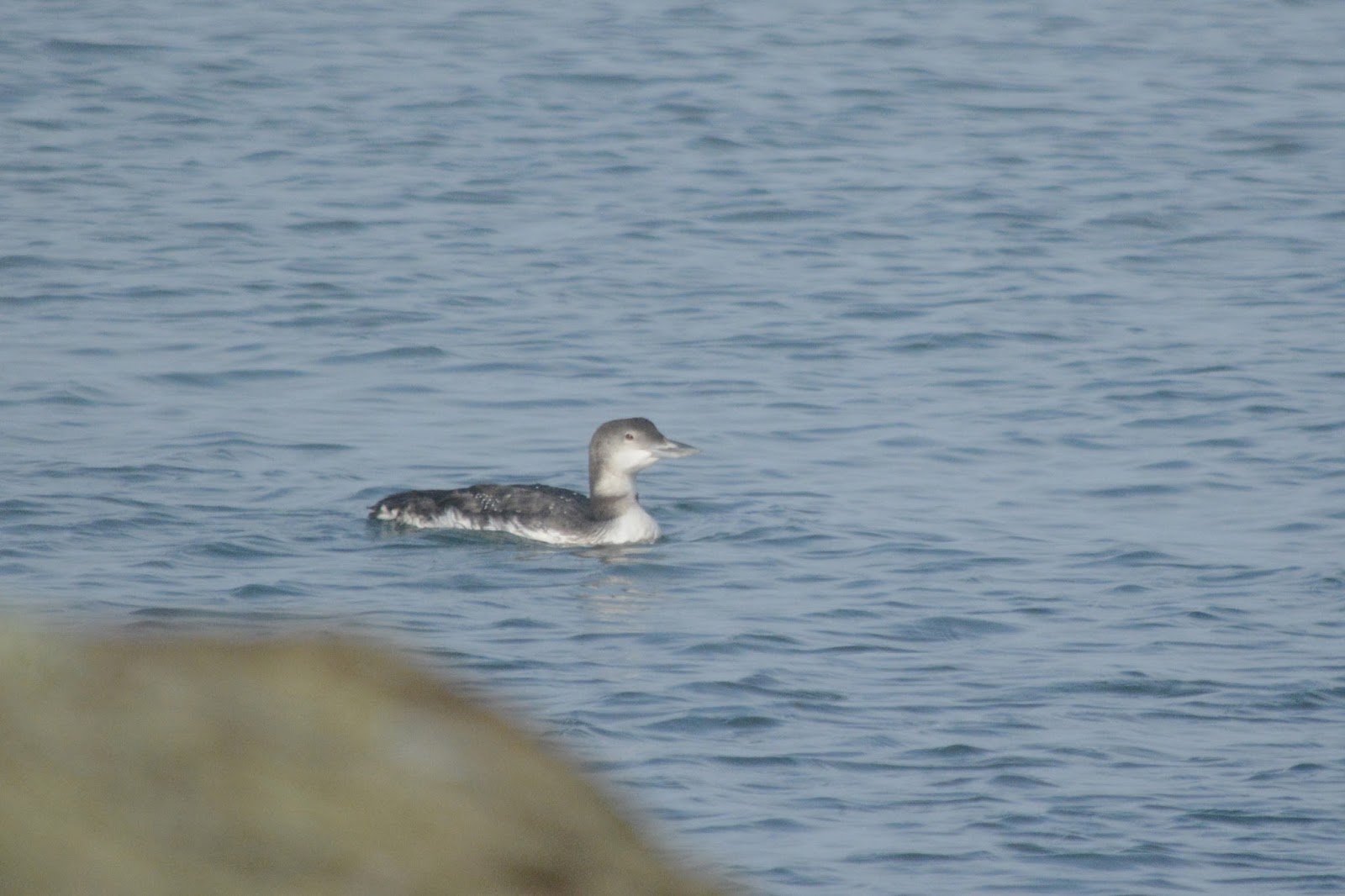 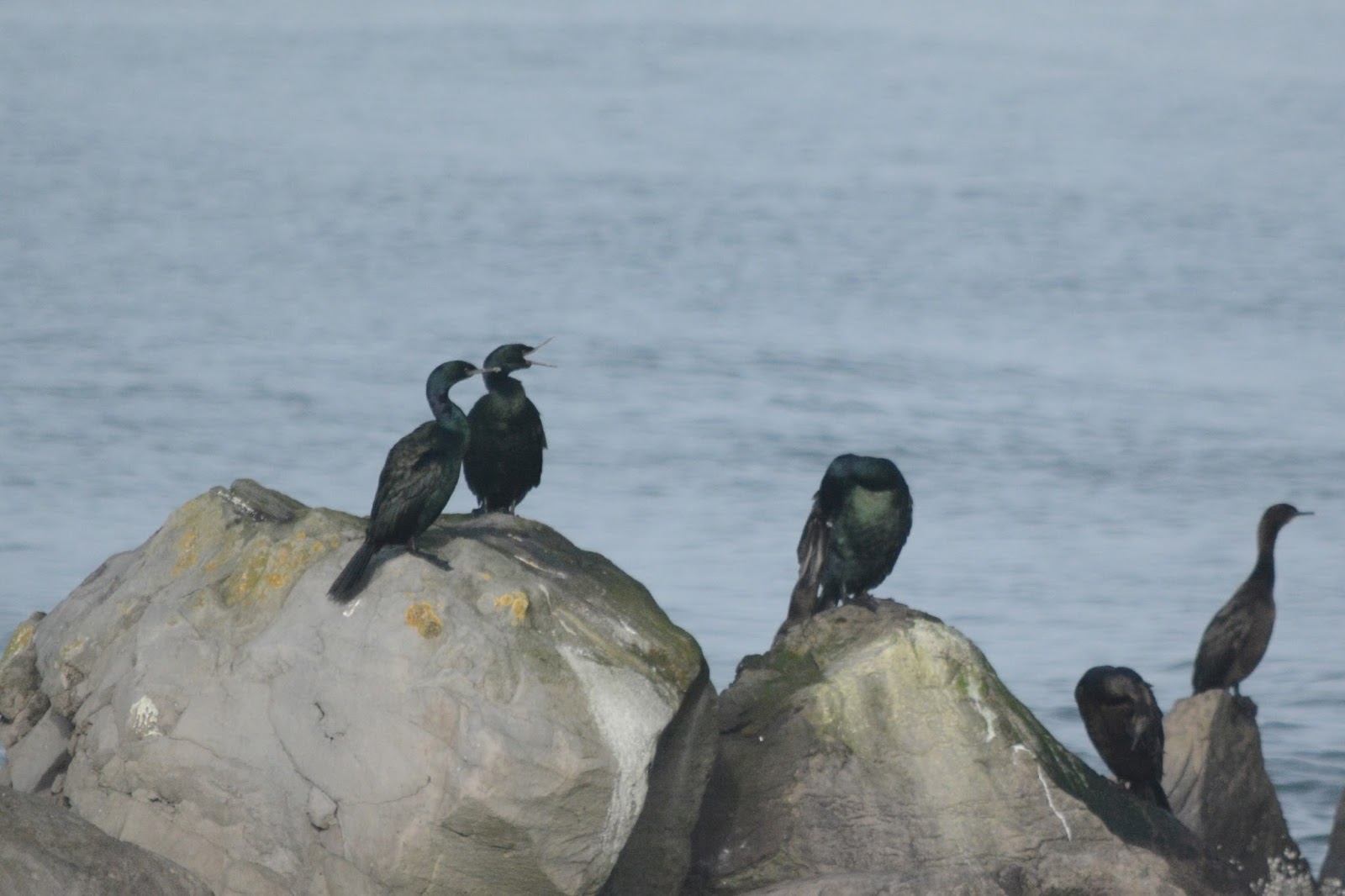 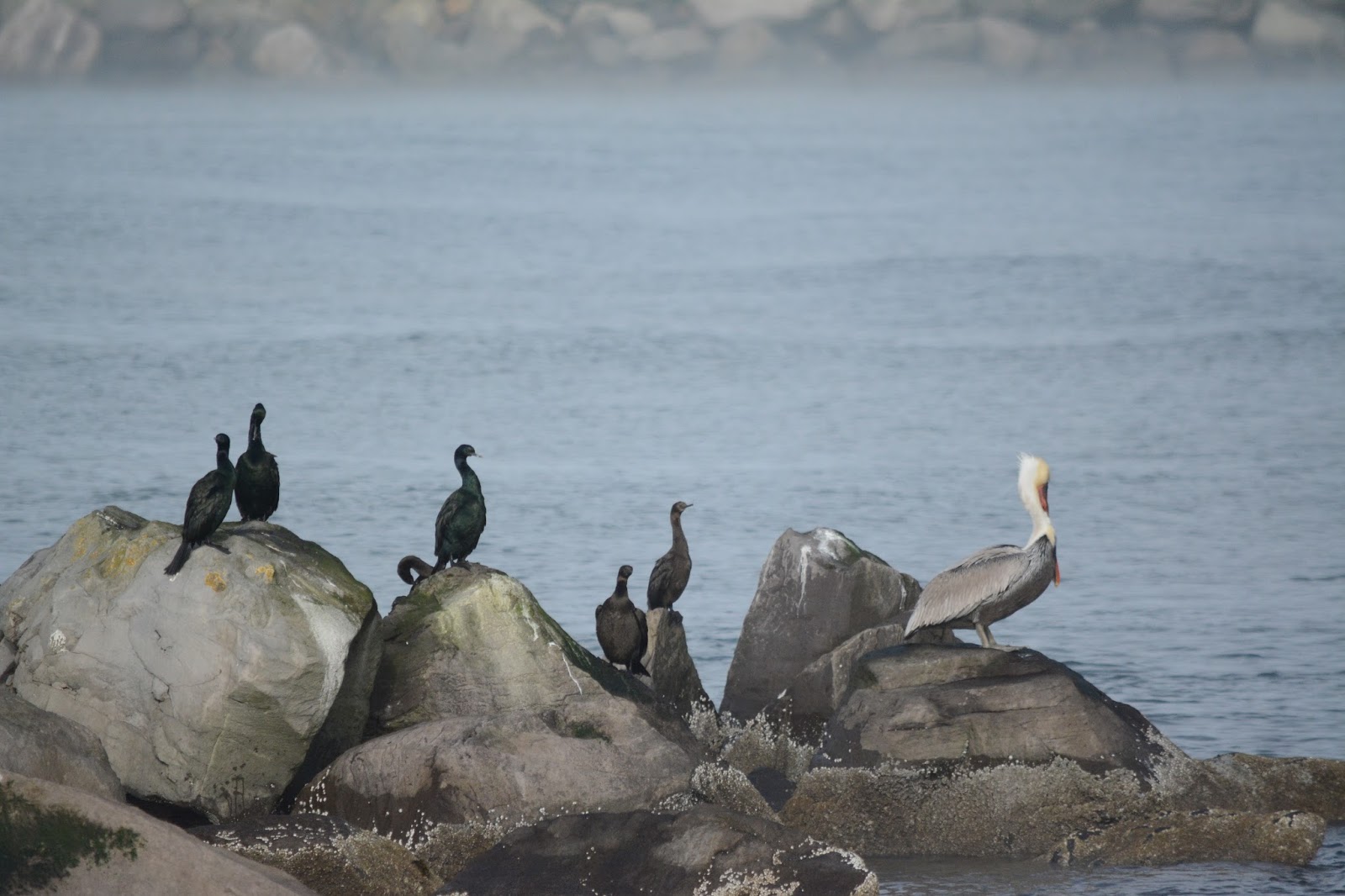 Sometimes they don't, thanks to merciless mocking by Brandt's Cormorants and pelicans. 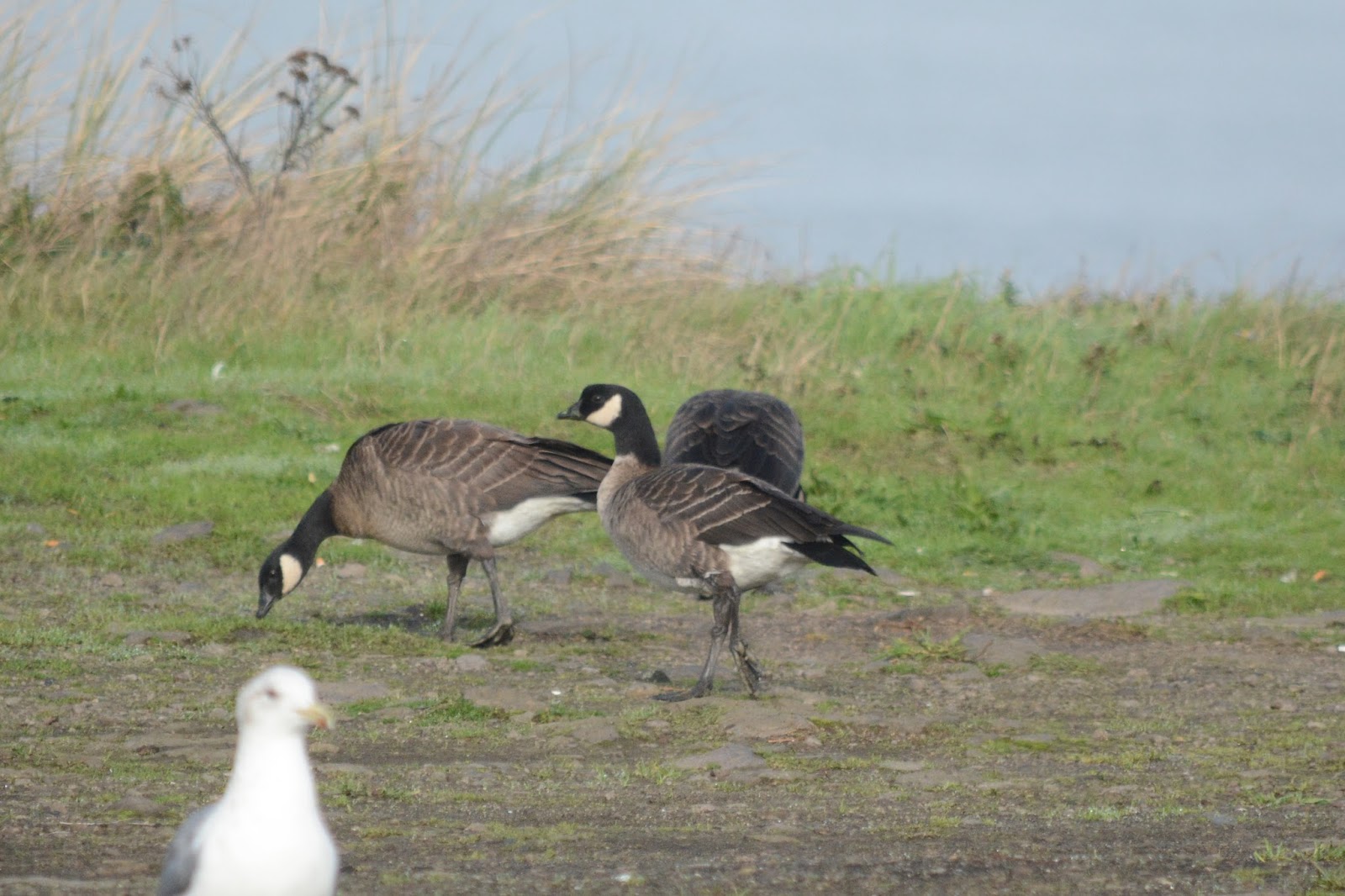 After the jetty I returned to the booby spot to see if anything had changed.  It had not.  So I went off to get a sandwich and take a drive south a bit just for the hell of it.  I stopped at Yachats Beach State Park (or something to that effect) and found this gull: 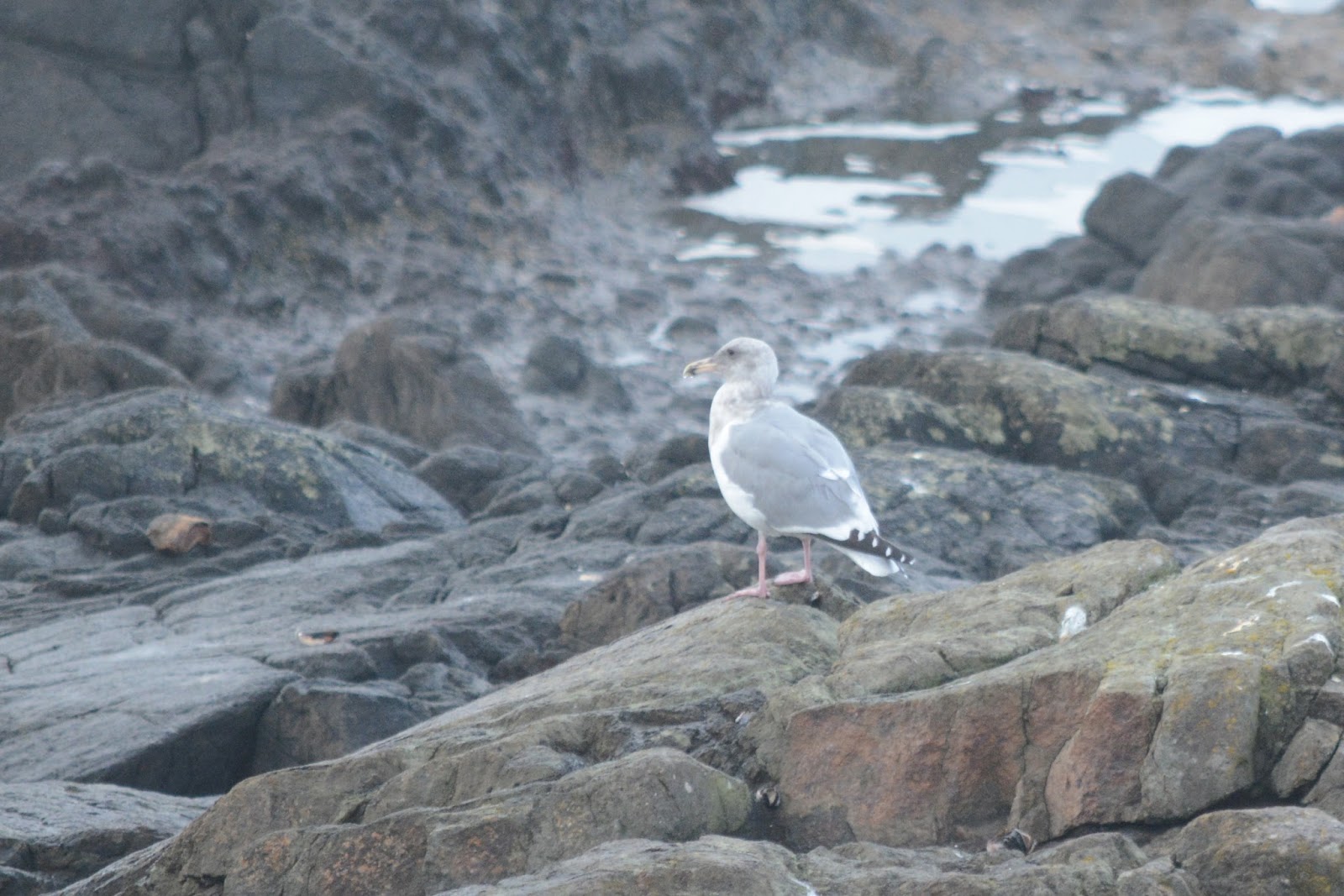 It struck me as Thayer's-ish but not quite, and not dark enough for Western, and the eye too dark for Herring, unless it's one of those dark-eyed Herrings...  Is it just a Herring?    Argh.

I made it back to the booby spot around 1:30 where I saw a couple that had been there earlier in the morning.  They said the bird had not flown but had in fact turned around, and at one point flapped its wings.  I'll take it!  Here's a full frontal booby for you: 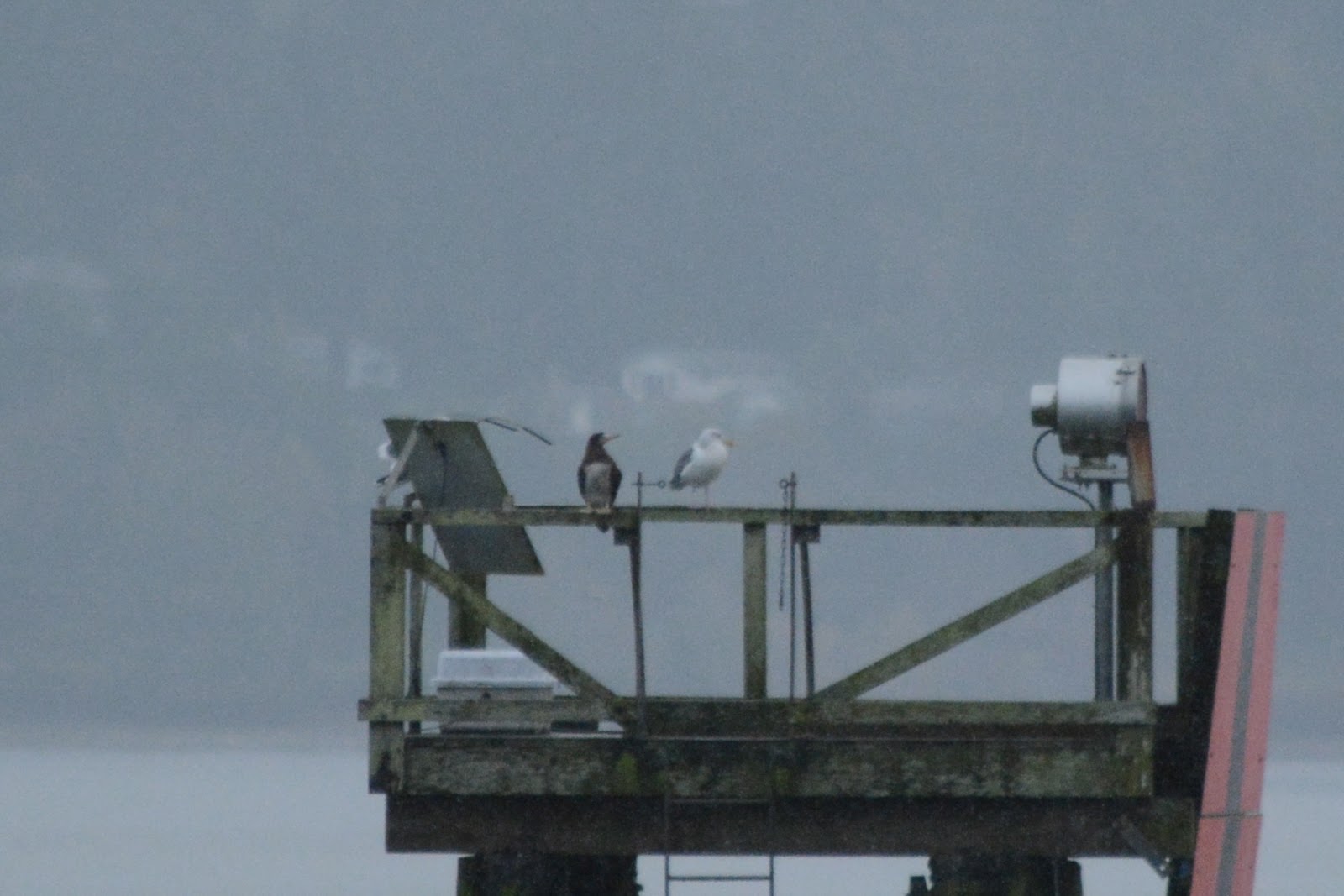 Yeah, it was still far.  Oh and it was raining at this point. 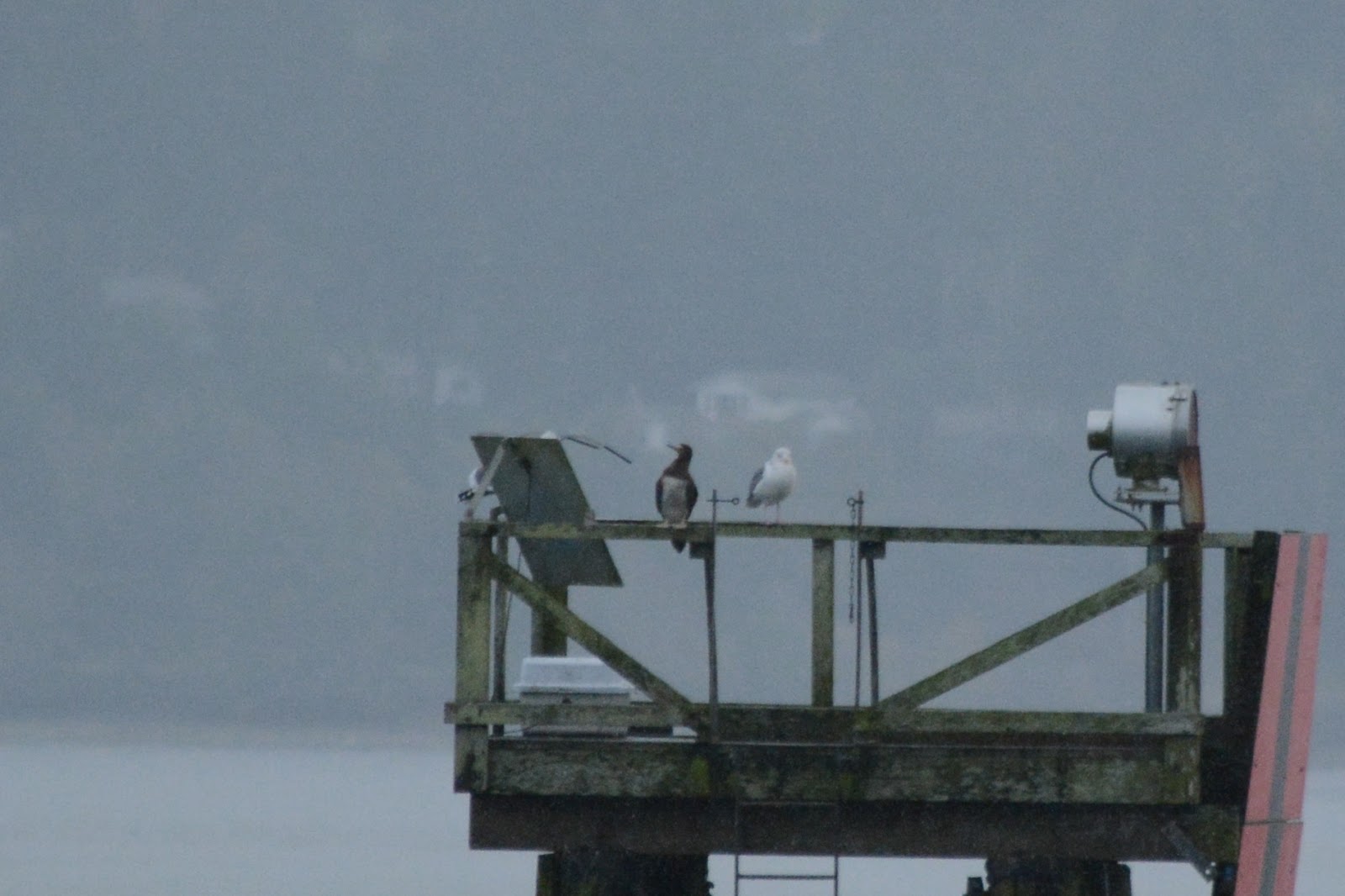 I walked the dogs along the boardwalk a bit, giving the bird more time to maybe actually do something, when I was reminded of something interesting:  Jake is terrified of sea lions.  I learned this almost five years ago in Astoria (see the blog post here).   As soon as I got the dogs out of the car Jake was alert, sniffing, looking, sniffing... nervous!  Jake is not scared of anything.  Ever.  Not horses, not cows, not deer, not anything.  I walked them over to the spot where you can look down at the sea lions and he saw them.  He sniffed.  And then him and Ralph slowly backed away till they were pulling me back towards the car.  Dogs are weird.   But so are sea lions. 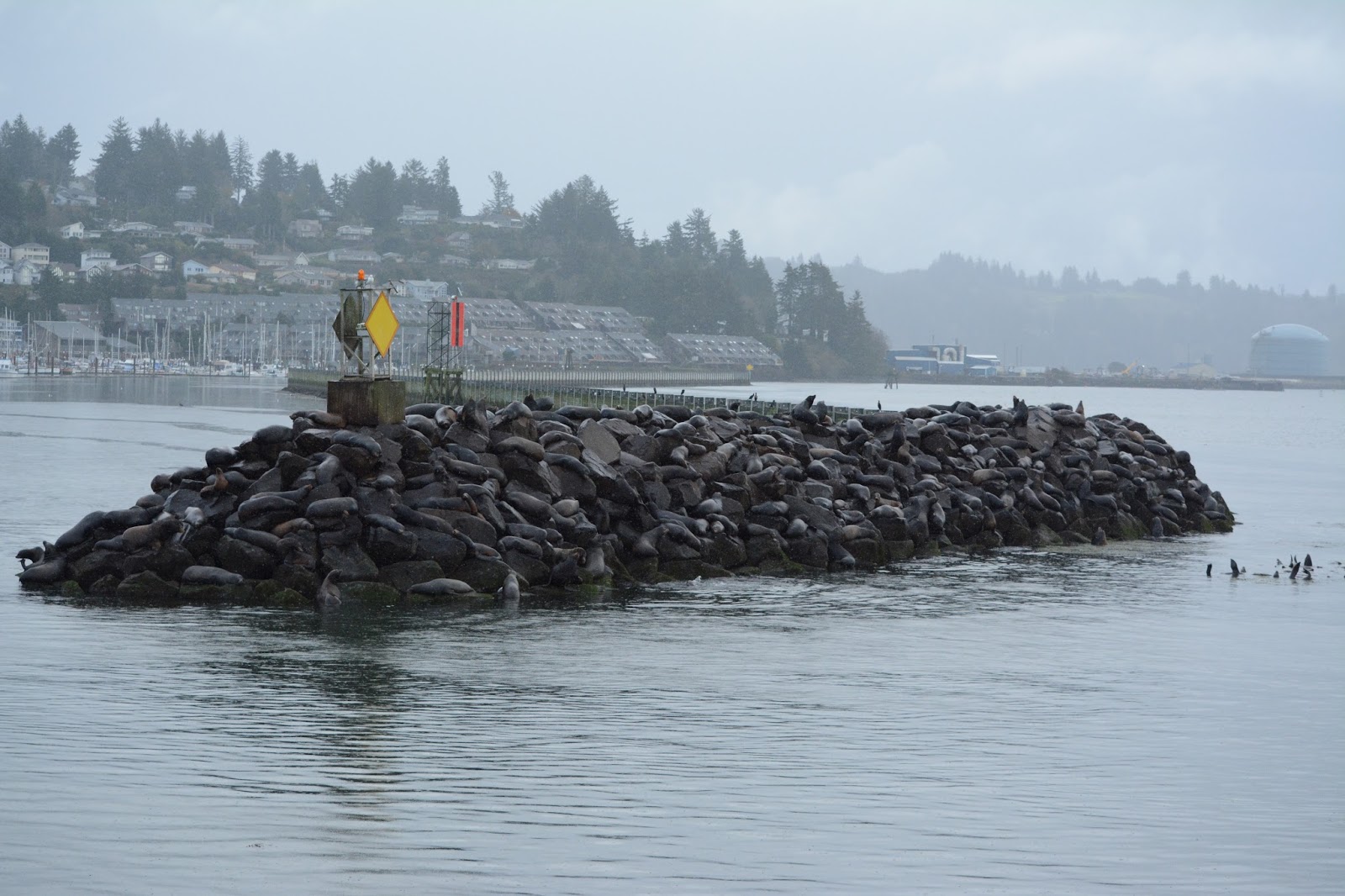 I left Newport around 2:00, right when some folks were leaving on a boat to get better views of the booby.  They reported that the booby started flying around and fishing and everyone got great photos.  Of course.

One last bird... I stopped at Freddy's on the way home to get some groceries and found this awesome lego set! 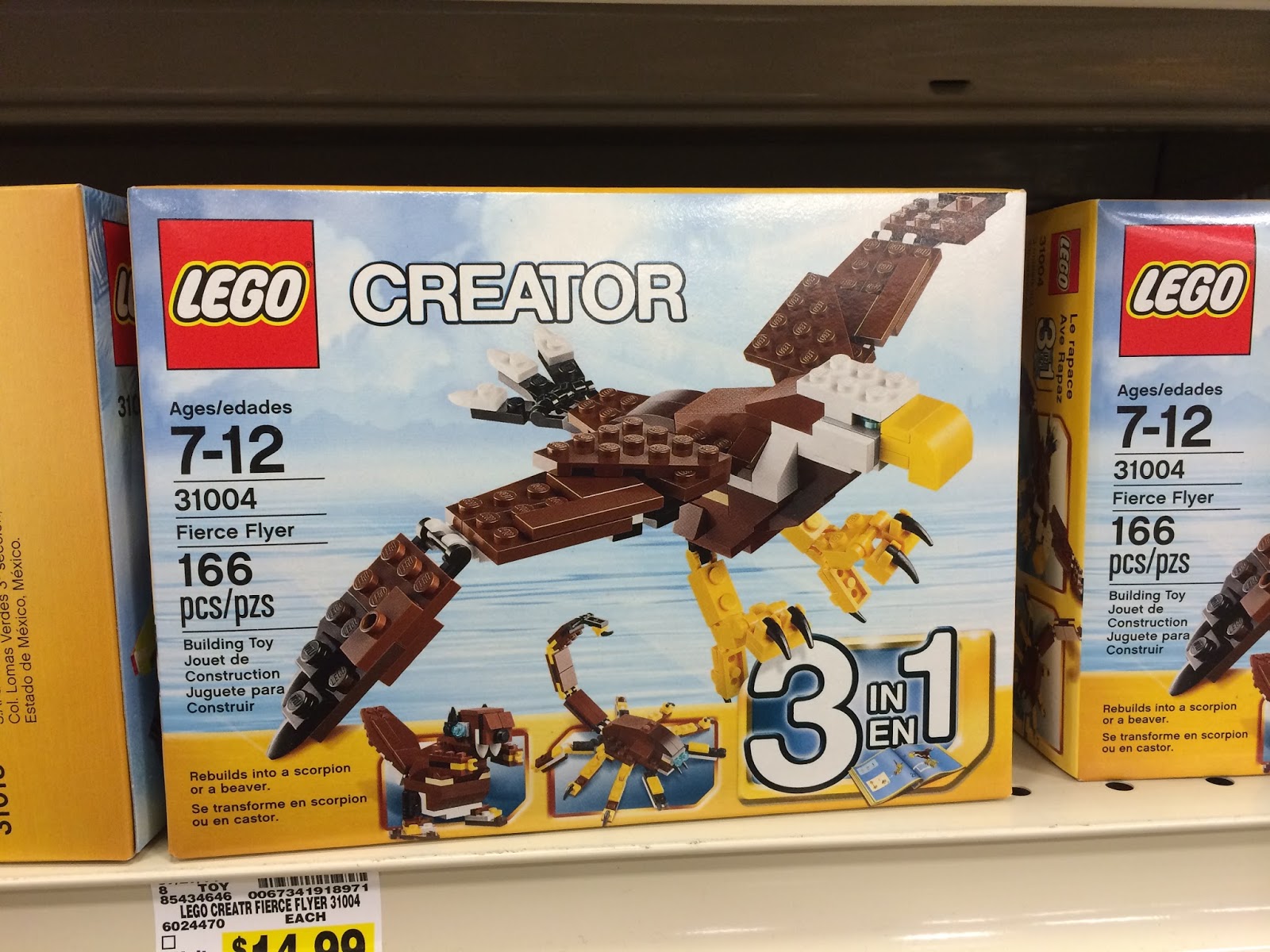