On Thanksgiving morning my friend and I headed down to Coos Bay for a few days of exploring and getting completely soaking wet.  Since the Lesser Black-backed Gulls seen recently near Creswell were directly on the way I decided to stop and check them out.  You like bad photos right? 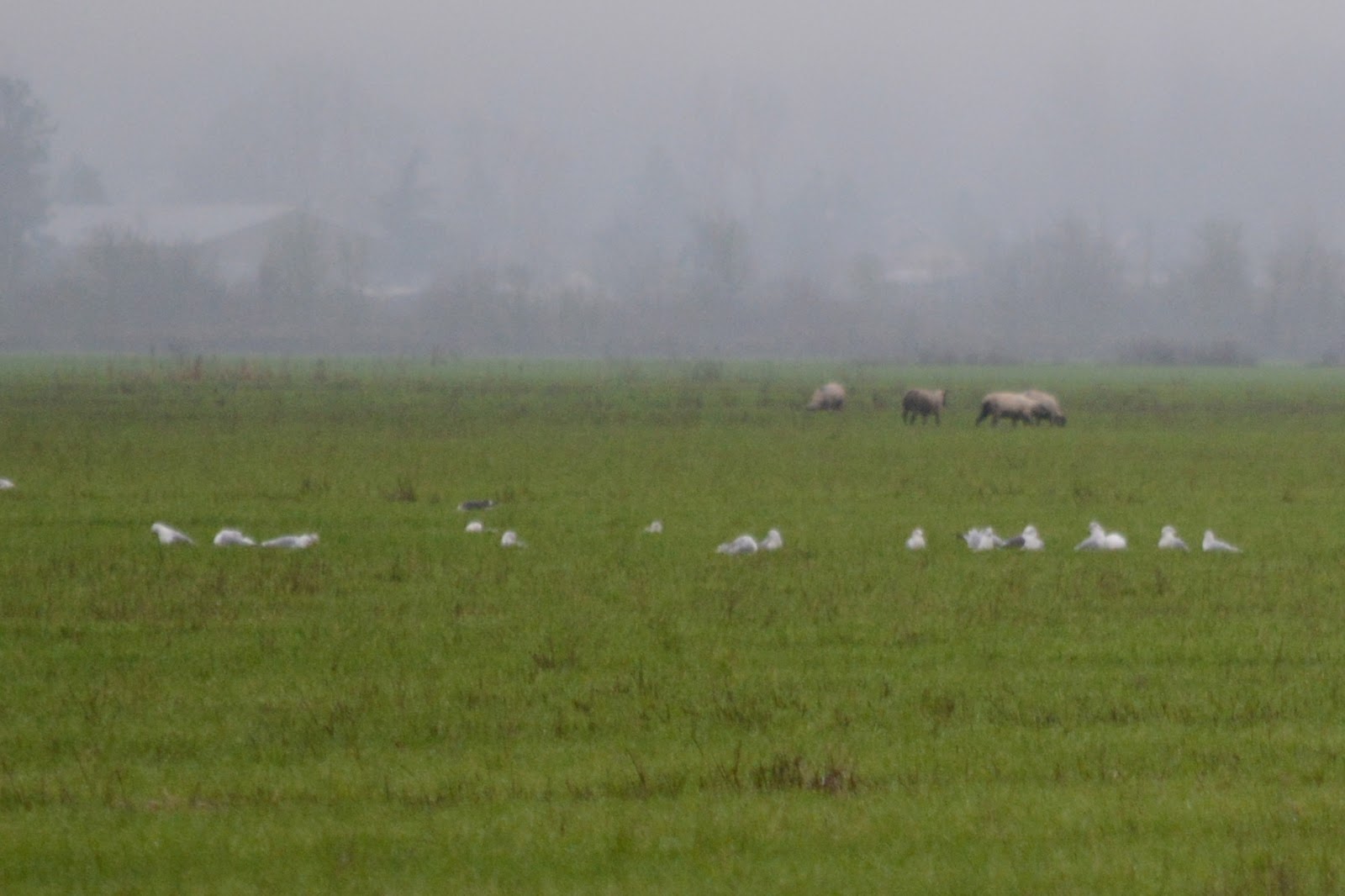 Both the adult and the 3rd year are present in this photo.  Thankfully scope views were far better than what you see here.  We continued on towards Coos Bay but there was no shortage of distractions along Highway 38... 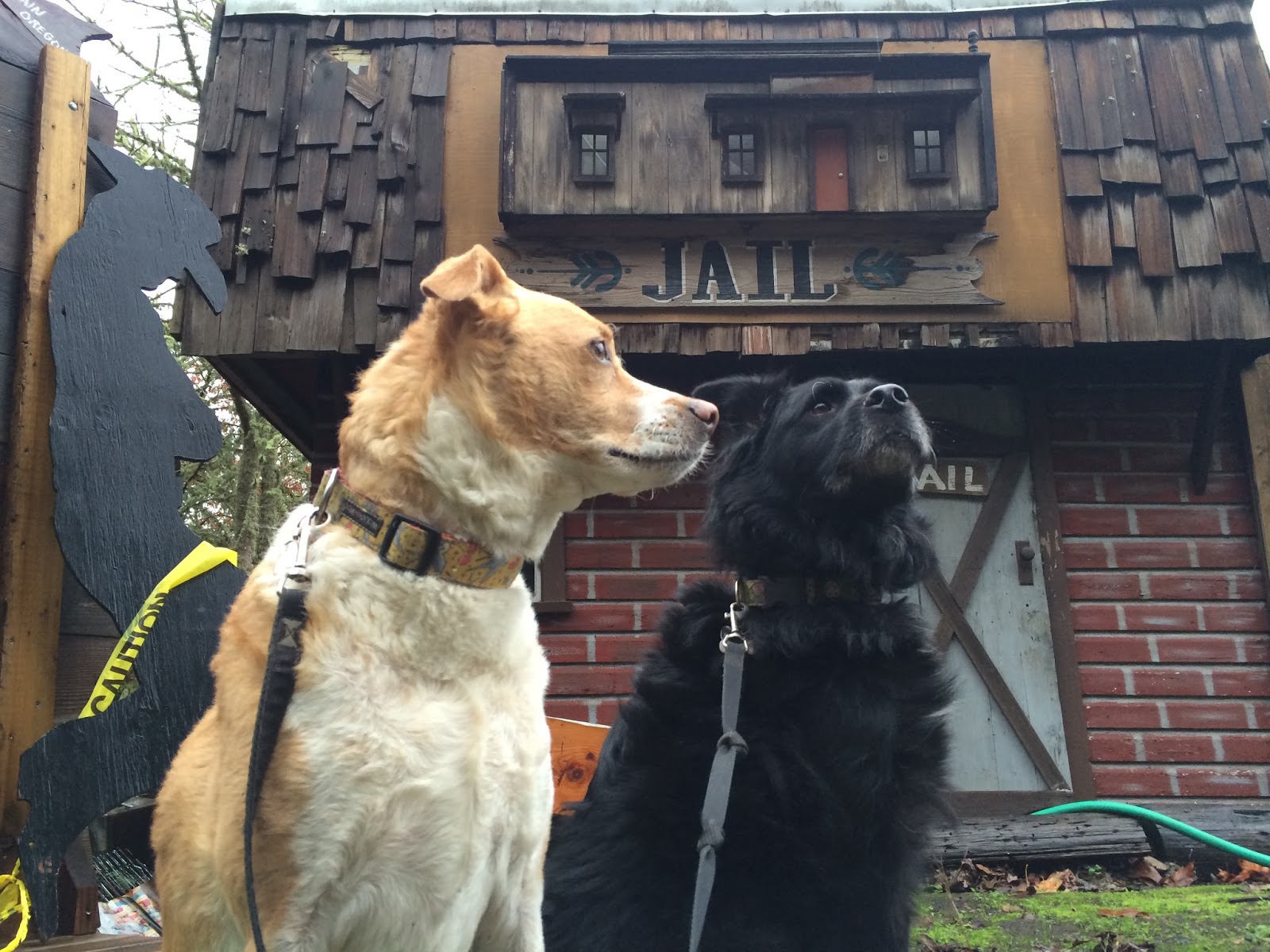 Near the town of Drain is this random roadside attraction that has mostly burned down.  After doing some research, it seems it was attached to the Road Kill Grill that burned down in October, shutting down the highway for awhile.  There was an attached house that also burned.  Sad. 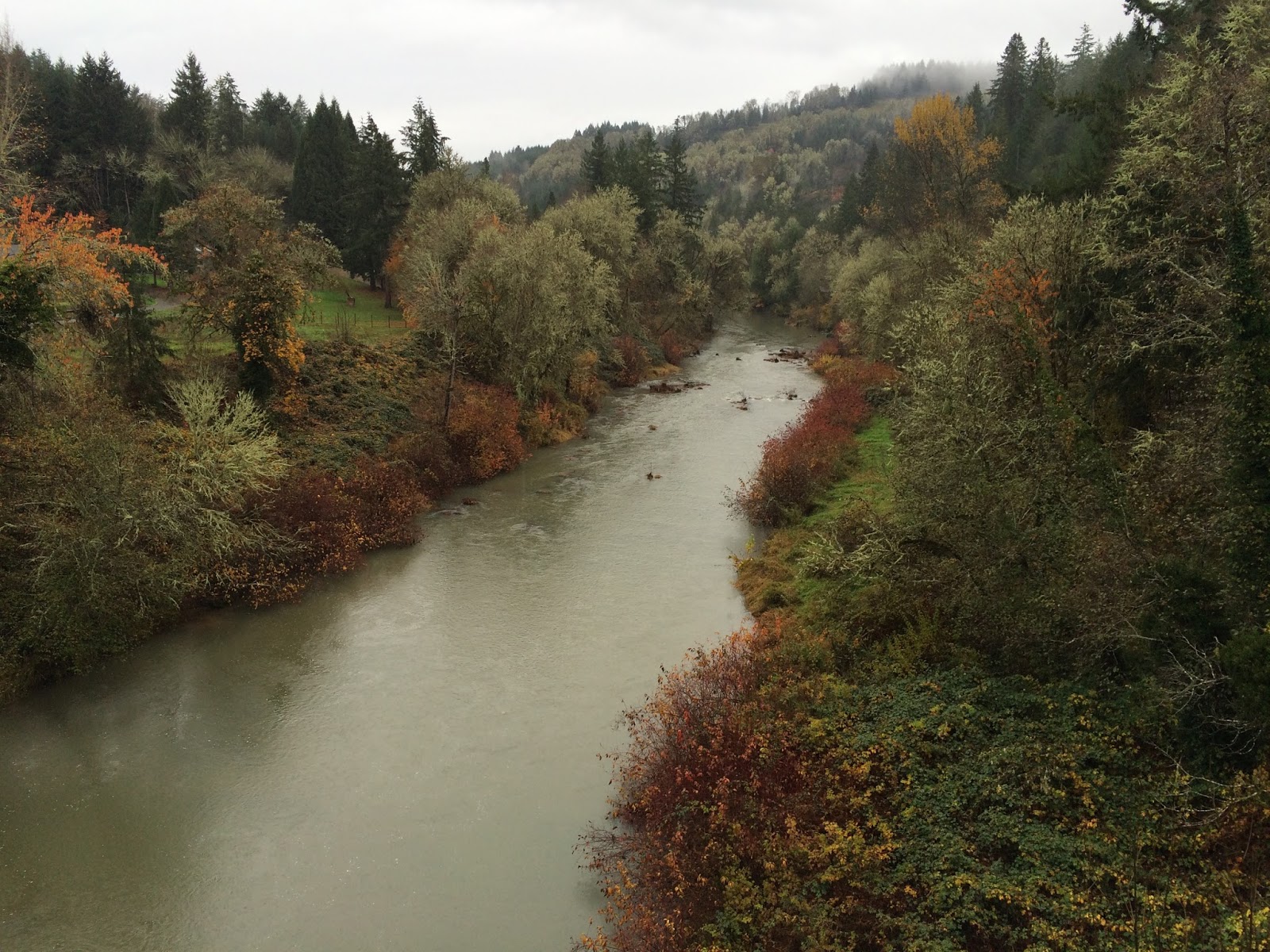 View of Elk Creek from bridge near Elkton 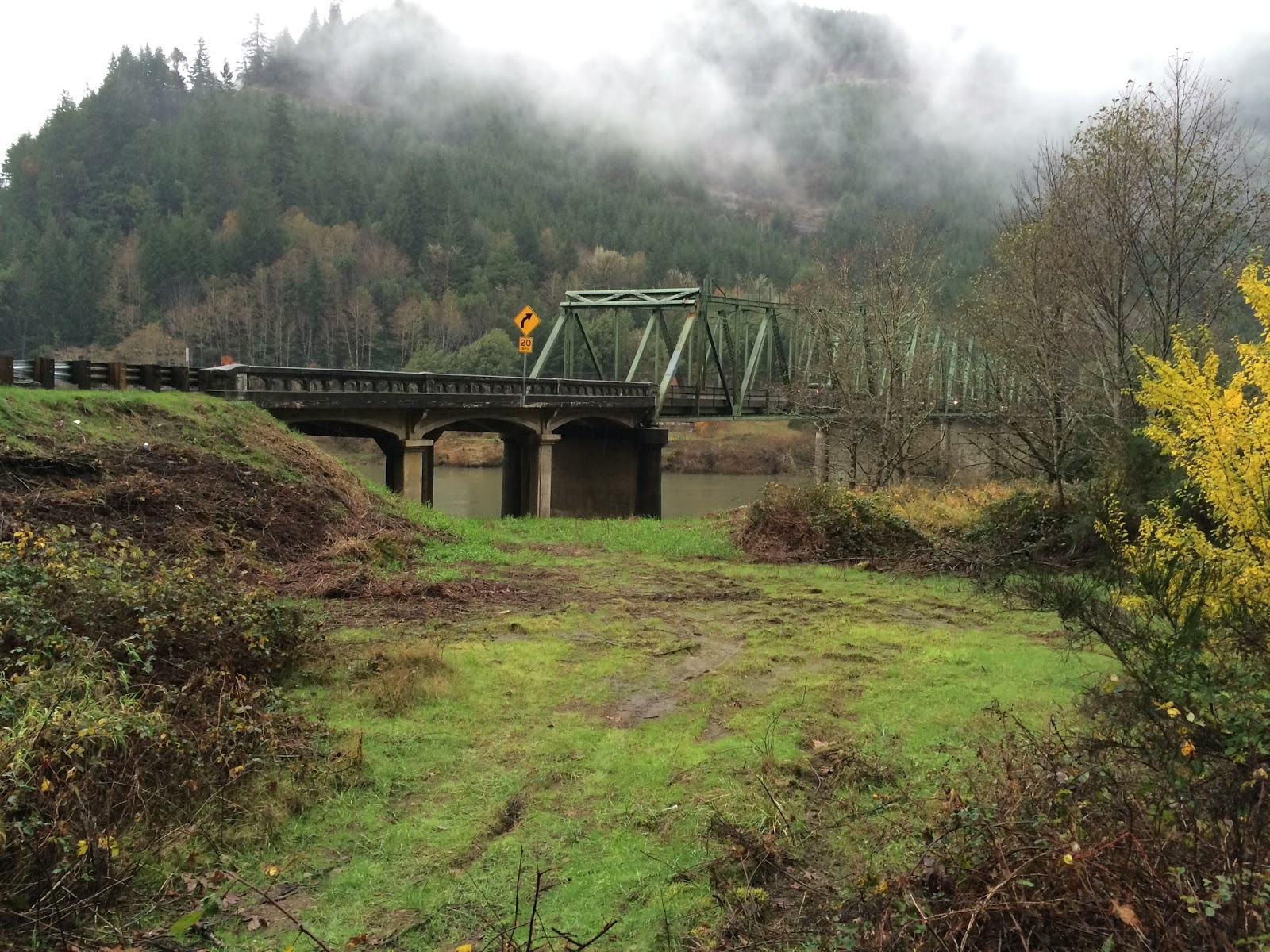 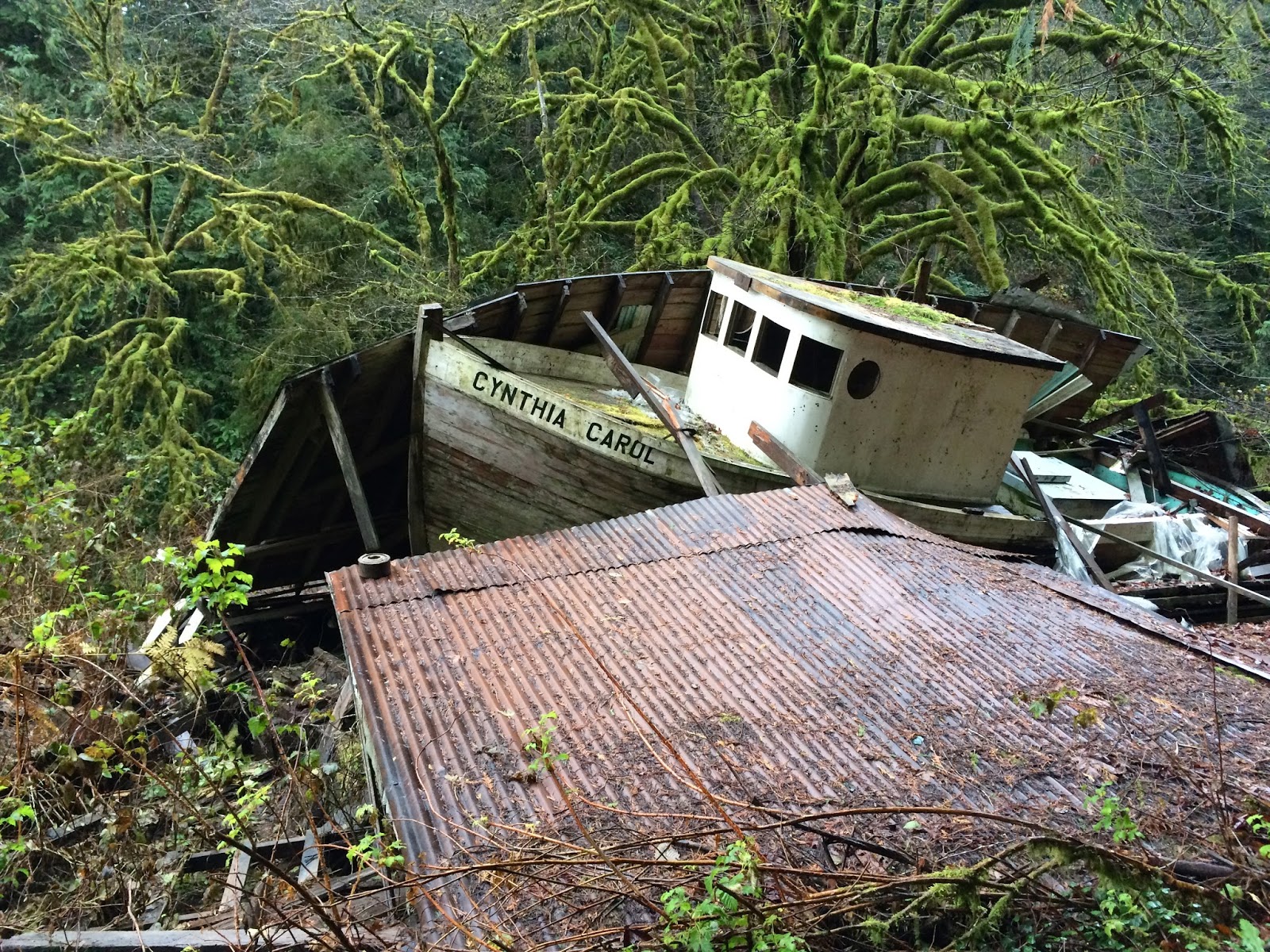 Eventually we made it to the coast and the Oregon Dunes National Recreation Area.  We hiked in on the short but tiring John Dellenback Dunes Trail and enjoyed amazing views in the rain. 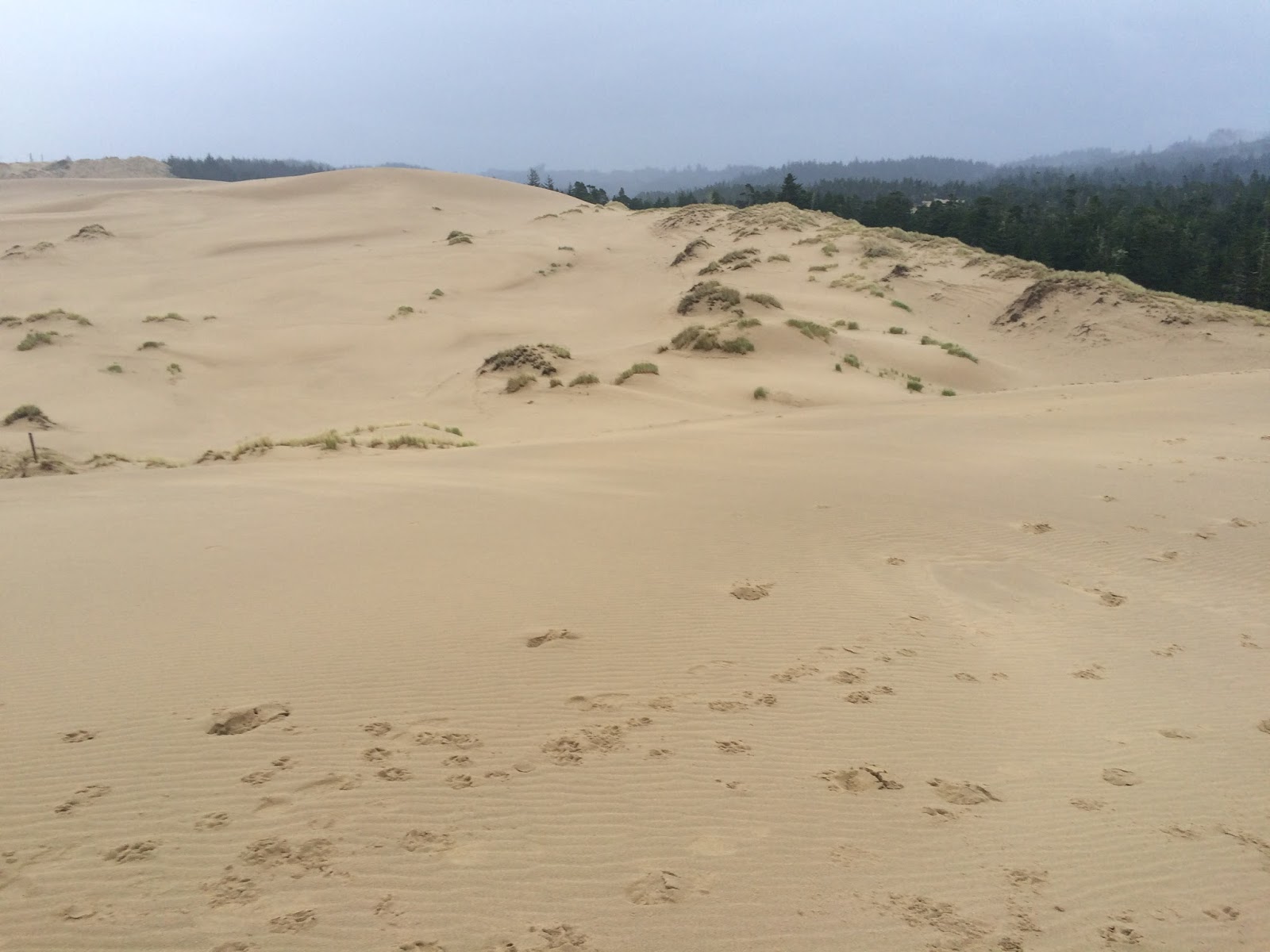 We stopped in an area where no one was around and there were already tons of footprints and let the dogs run for a bit.  We cut this adventure short in order to make it to a motel in Coos Bay before dark.  Thanksgiving dinner was tasty:  some stuffing and a hazelnut cranberry Field Roast with veggies and no utensils.  Because we forgot utensils.  It all washed down well with some Alaskan Winter Ale.

Friday morning we got up and headed out to explore Cape Arago.  The first stop was Sunset Bay State Park where the rain was dumping and the wind was blowing. 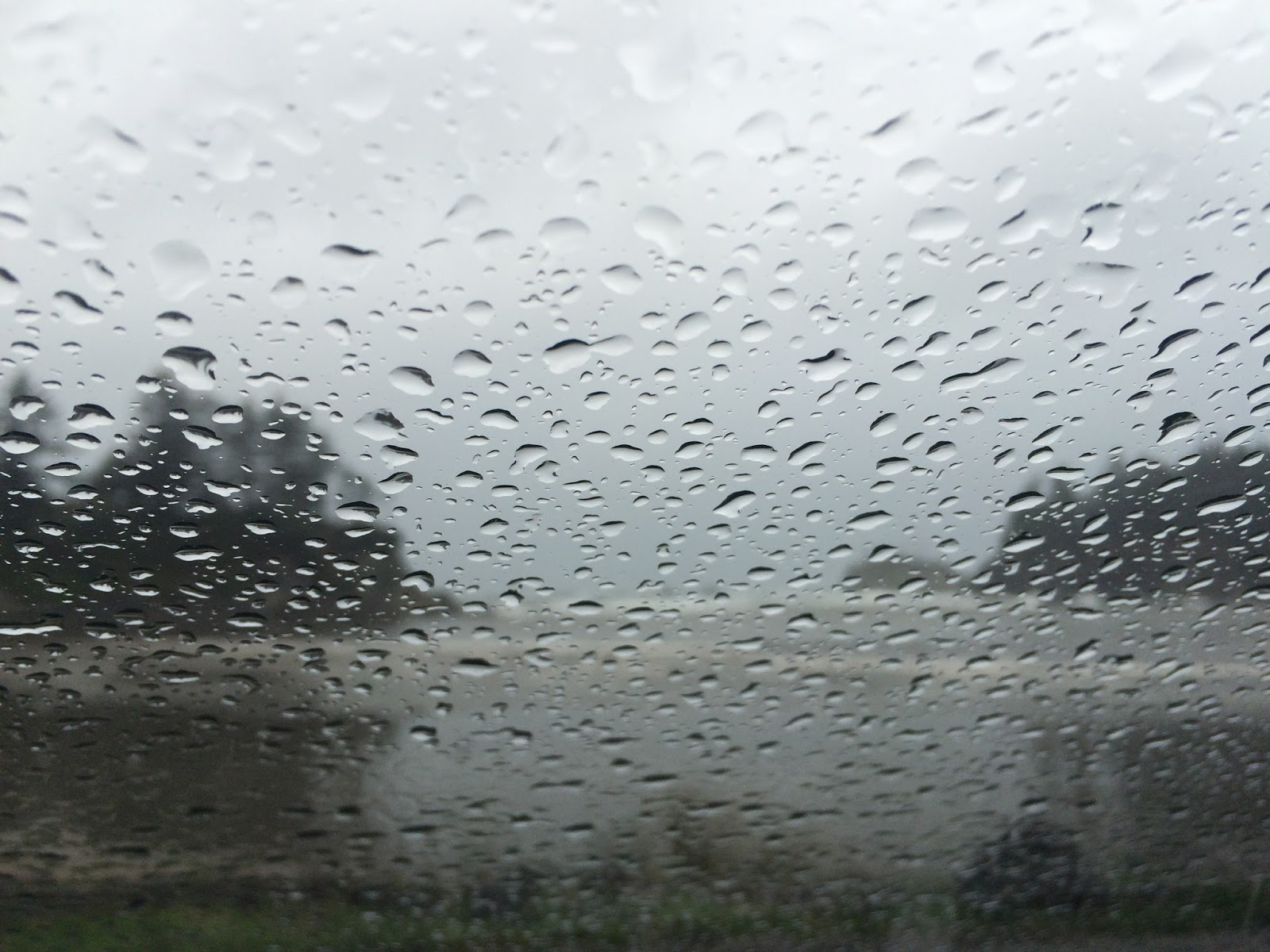 There were tons of gulls resting on the beach with a few Black Oystercatchers mixed in. 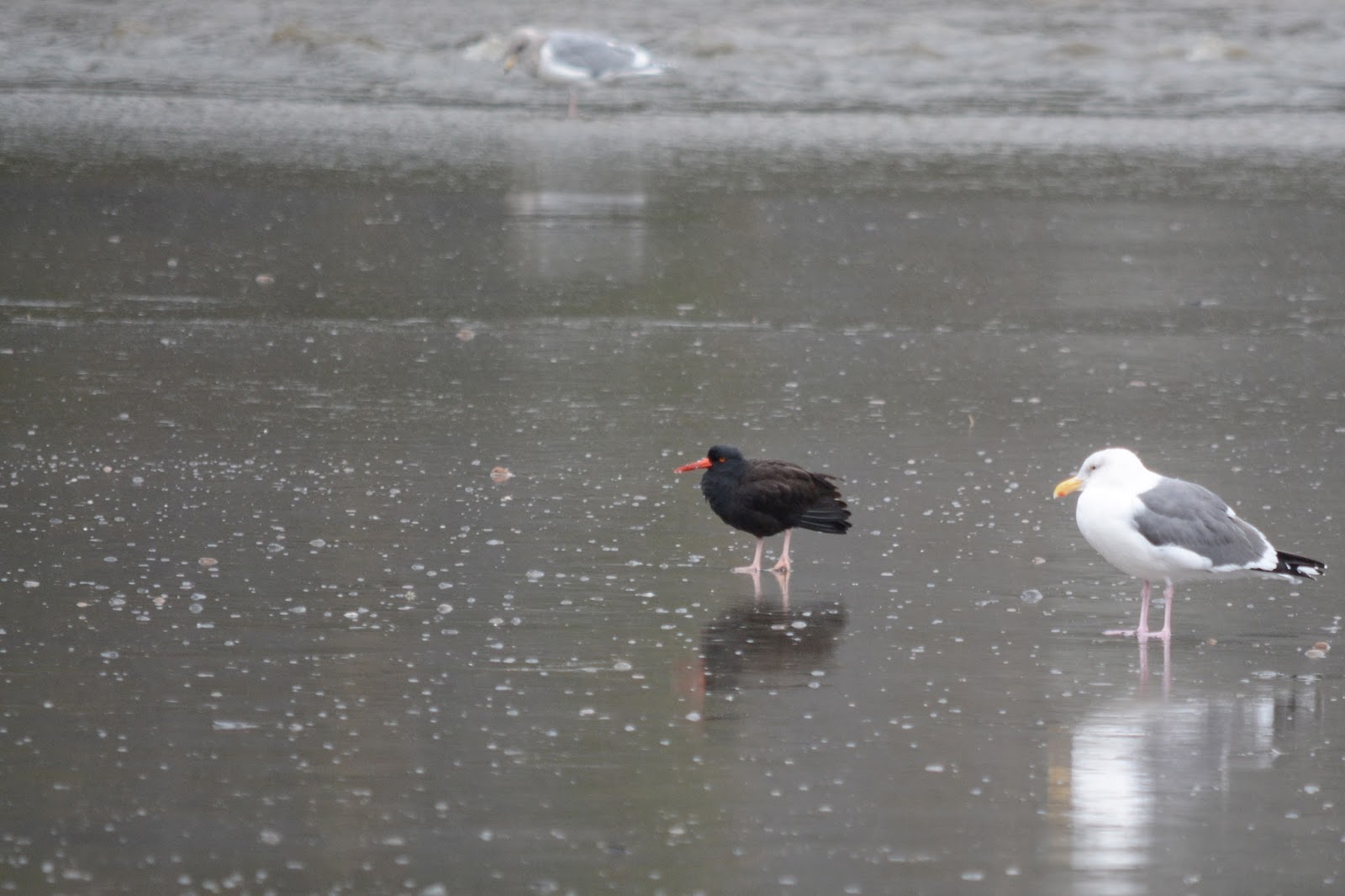 Mew, Western, California, and Herring Gulls were in the mix, along with a lone Bonaparte's. 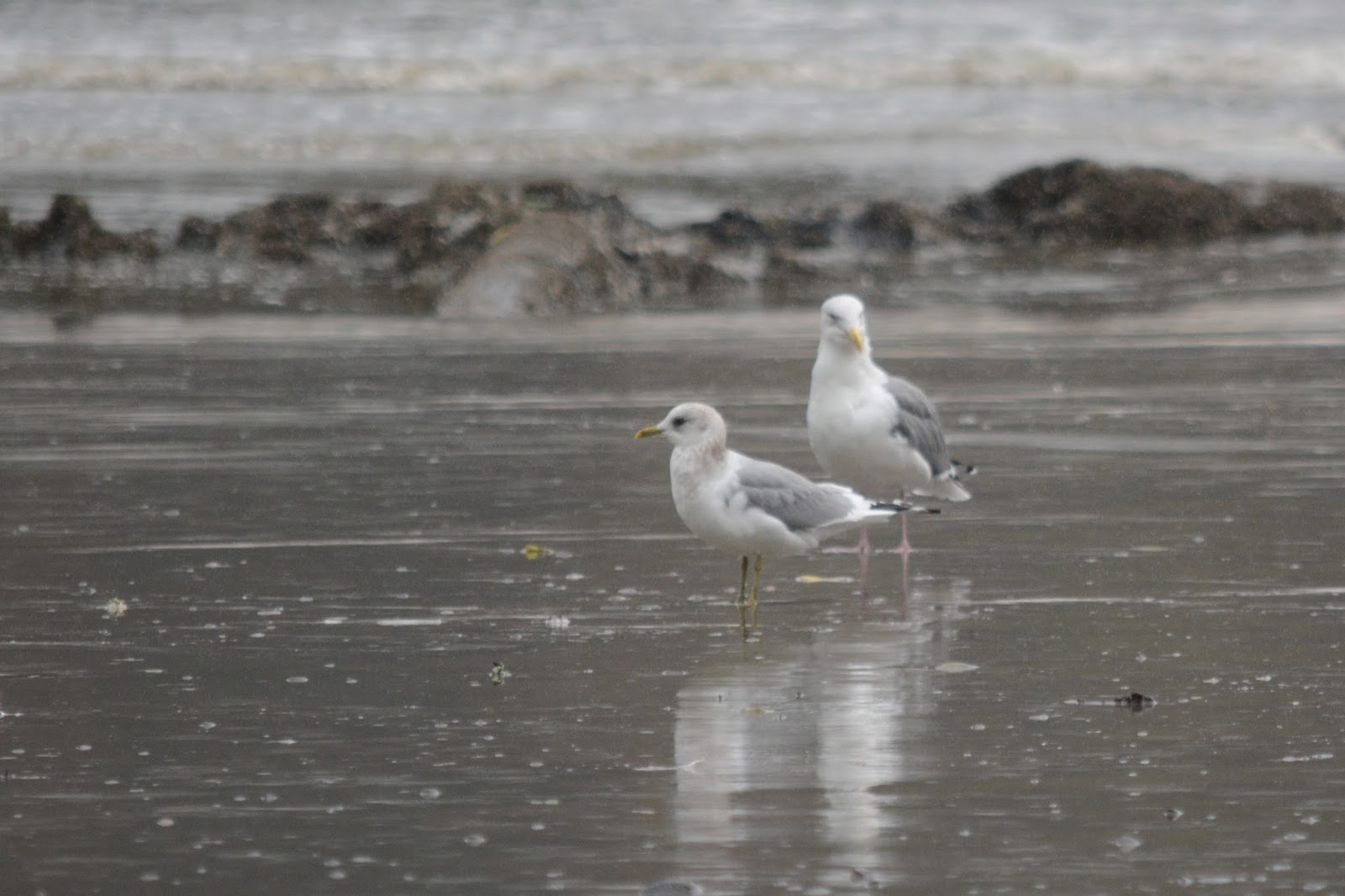 Everyone loves a Mew

I also had this gull that I'd like to call a Thayer's but am feeling uncertain... 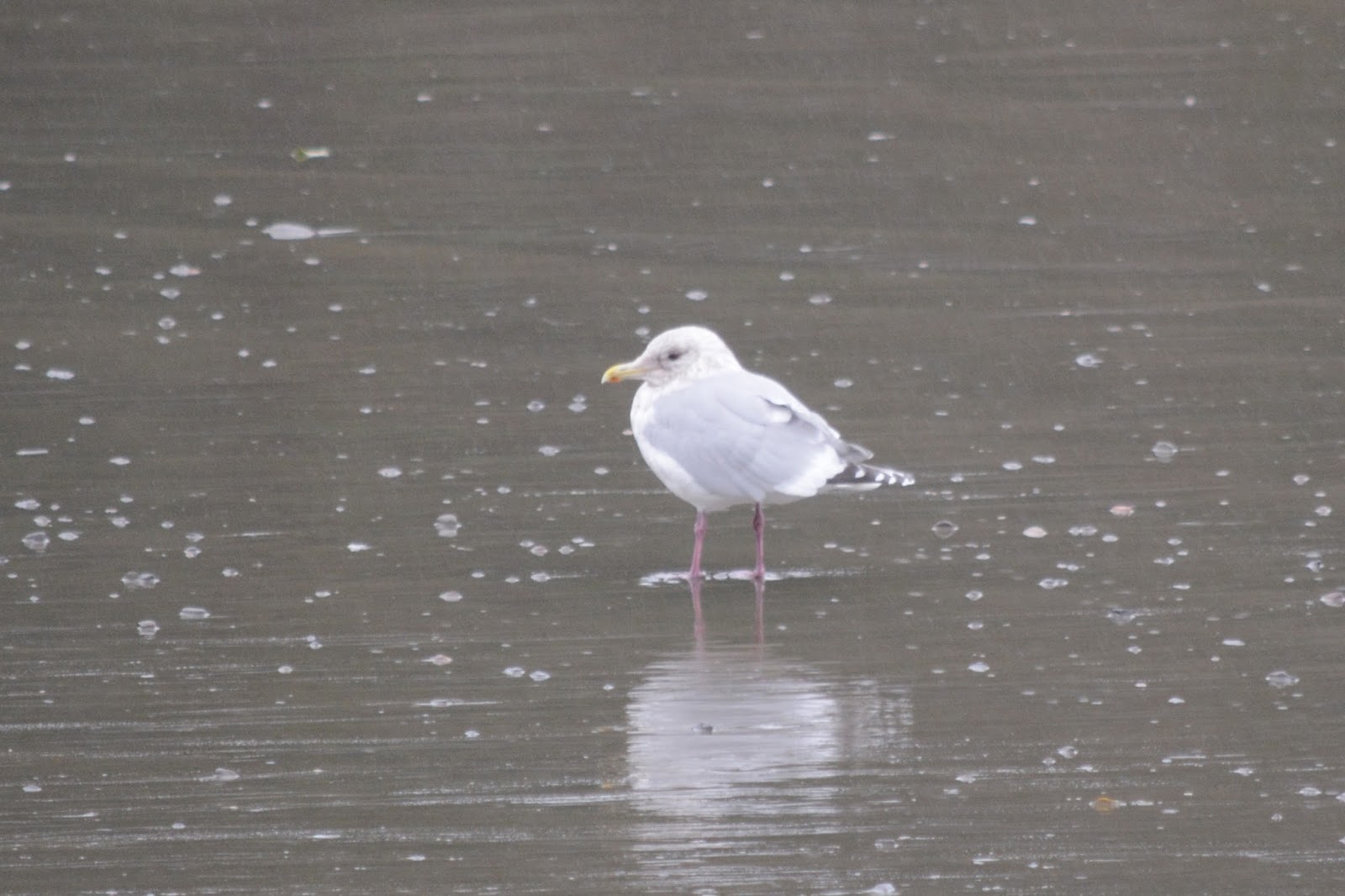 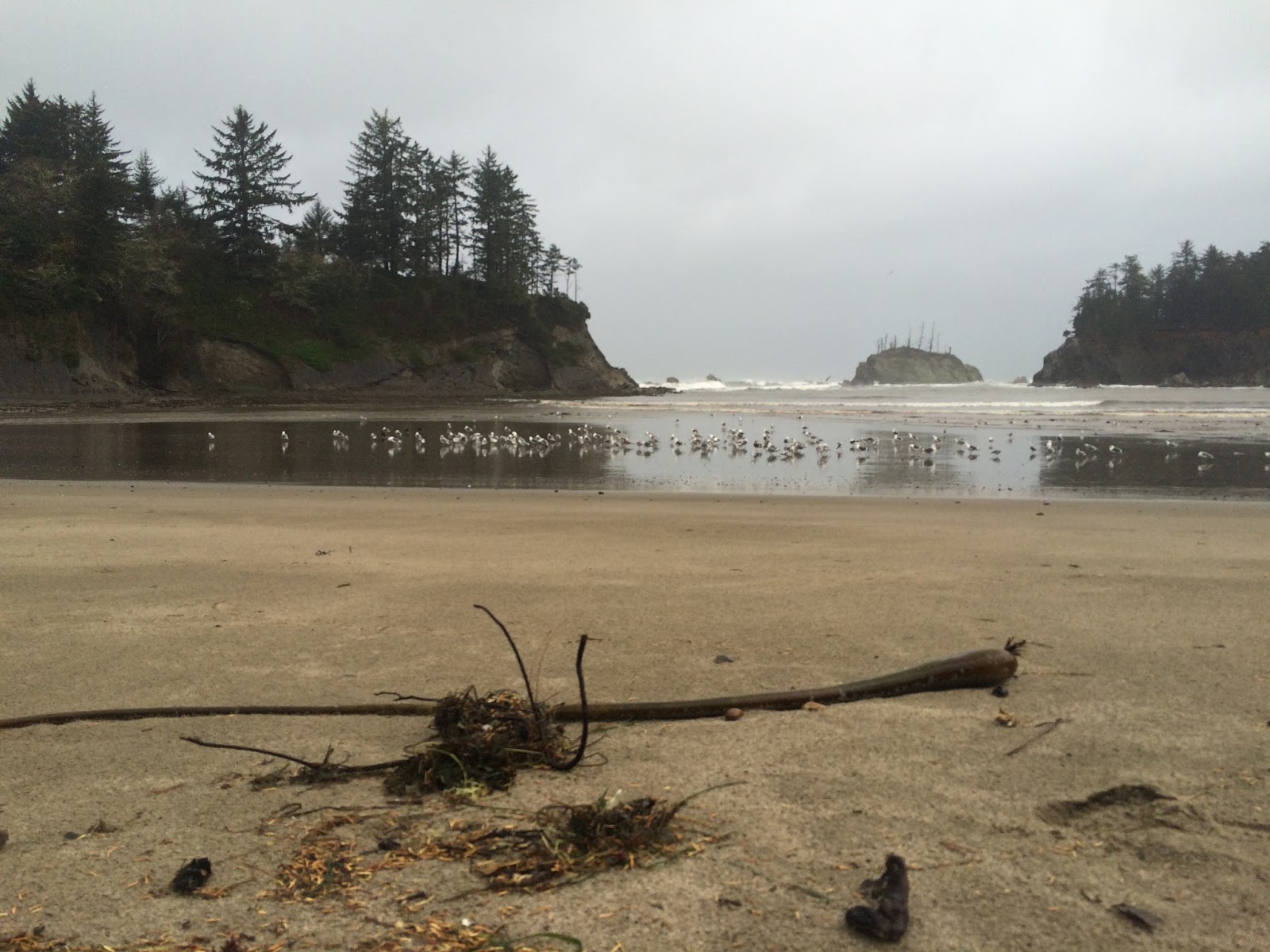 The next stop was the Simpson Reef overlook where hundreds of sea lions and seals rest on the islands just offshore.  It was still rainy and windy here so photos weren't great. 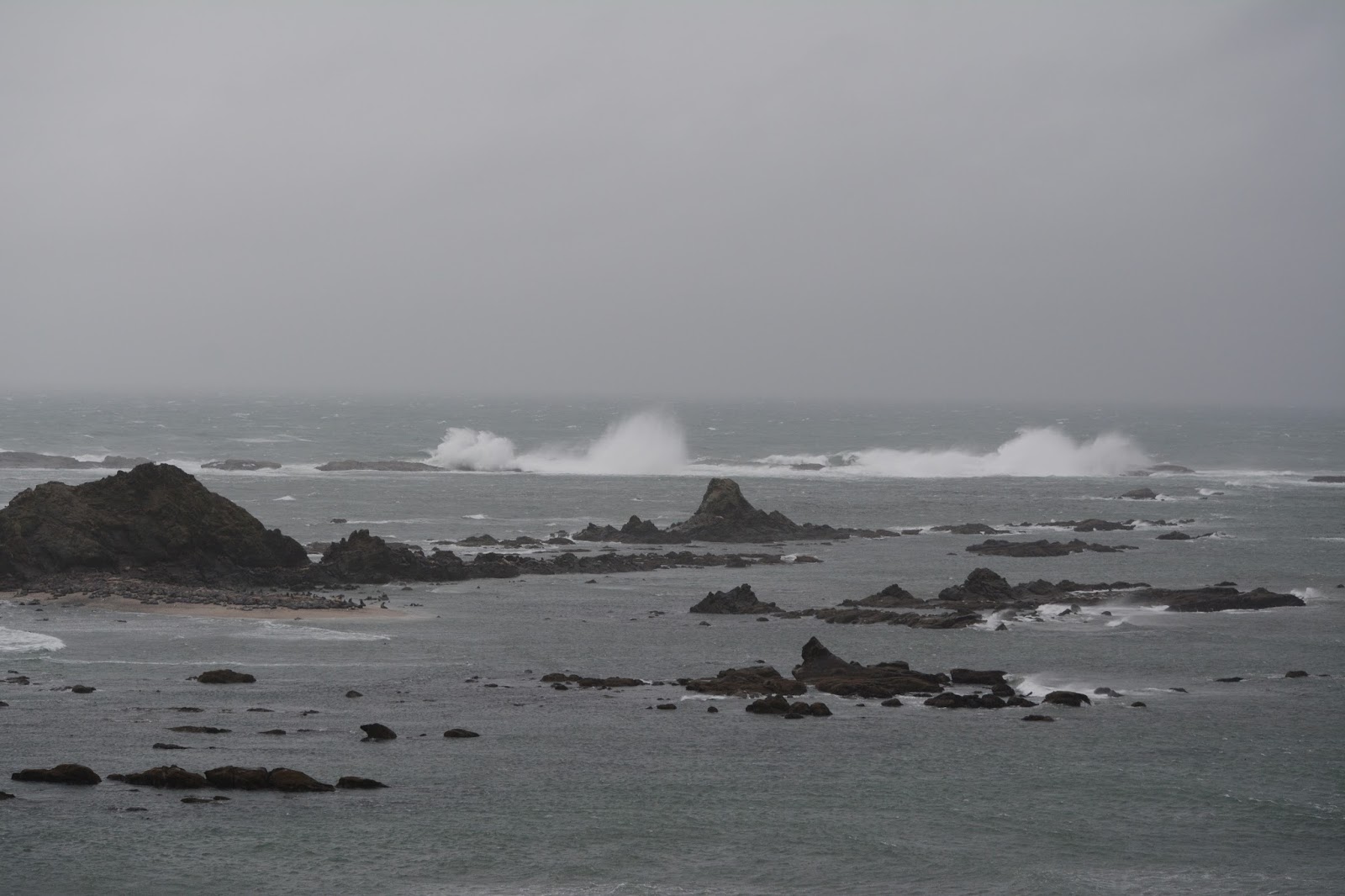 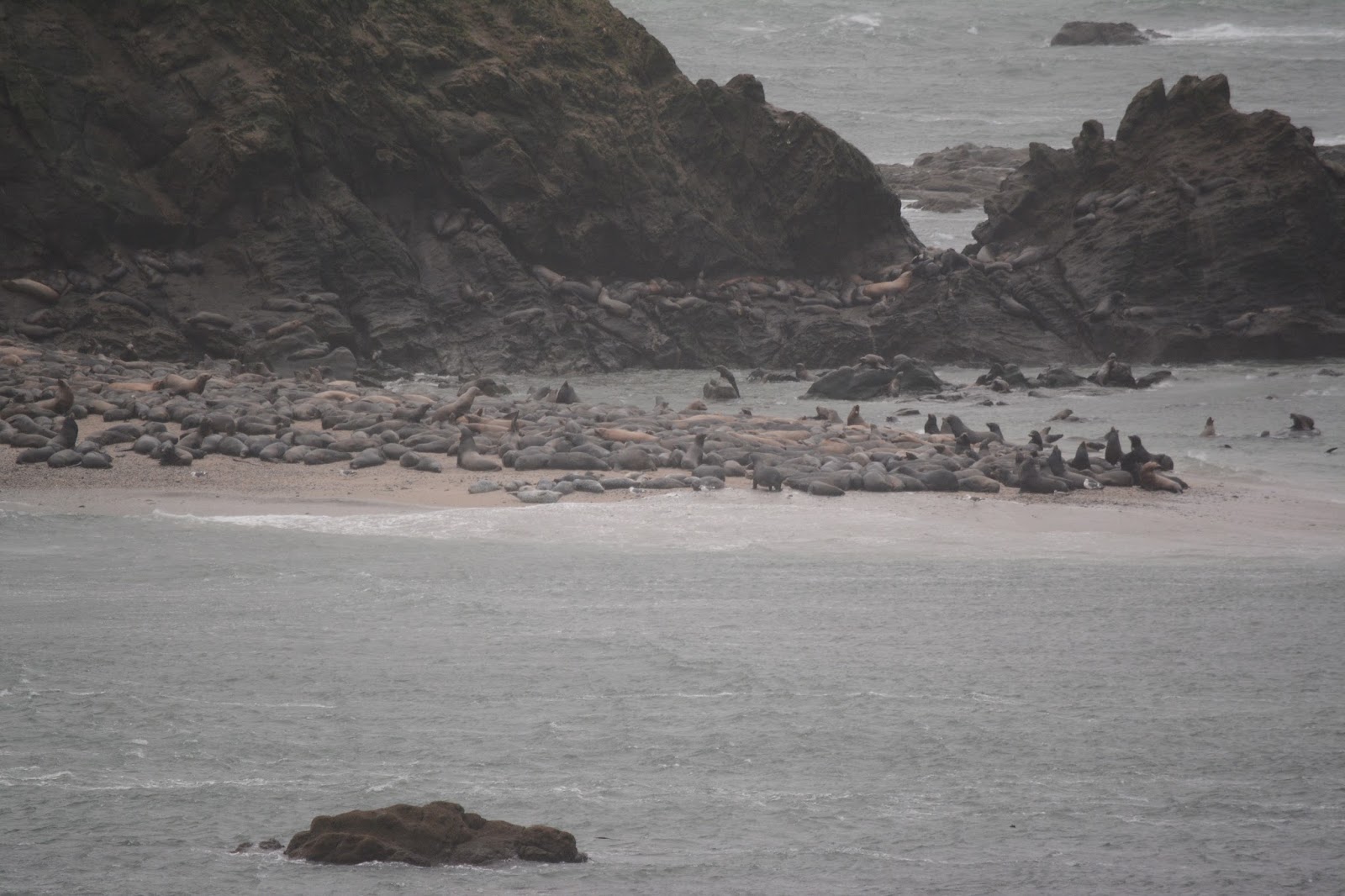 We drove out to the tip of Cape Arago where the wind was gusting so hard we could barely walk; my knit hat went flying right off my head.  It was ridiculous and hilarious.  We made our way back down the main road to try to find a trail that might lead to World War II bunkers my friend had noticed on a very crude map of the cape.  As Wrentits sang in the pouring rain, we noticed an off-the-beaten-path sketchy trail off a gated road and finally we found the bunkers! 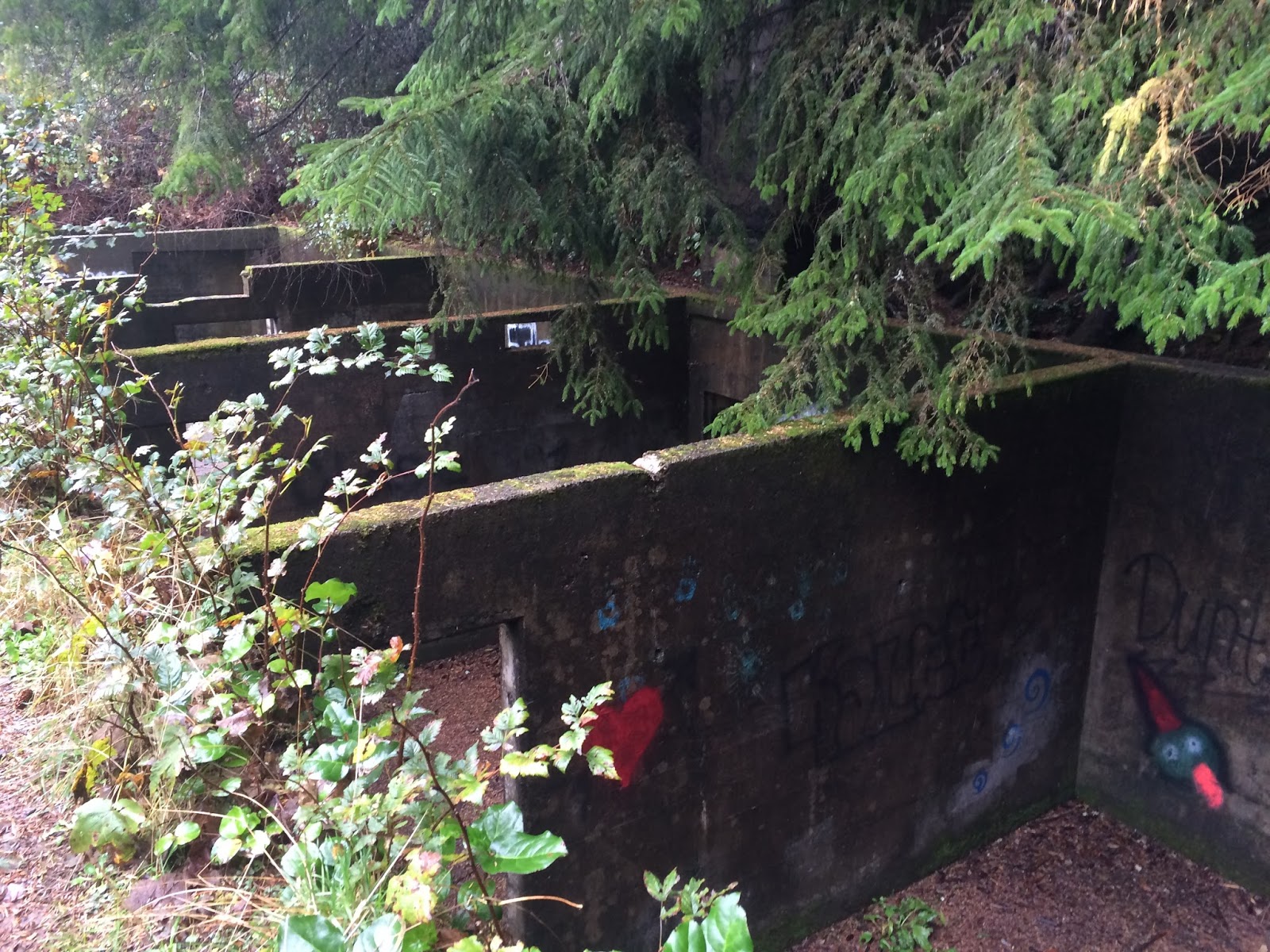 They were cool but with the worst graffiti ever.  I was more impressed with a perfect mushroom and some snuggling trees. 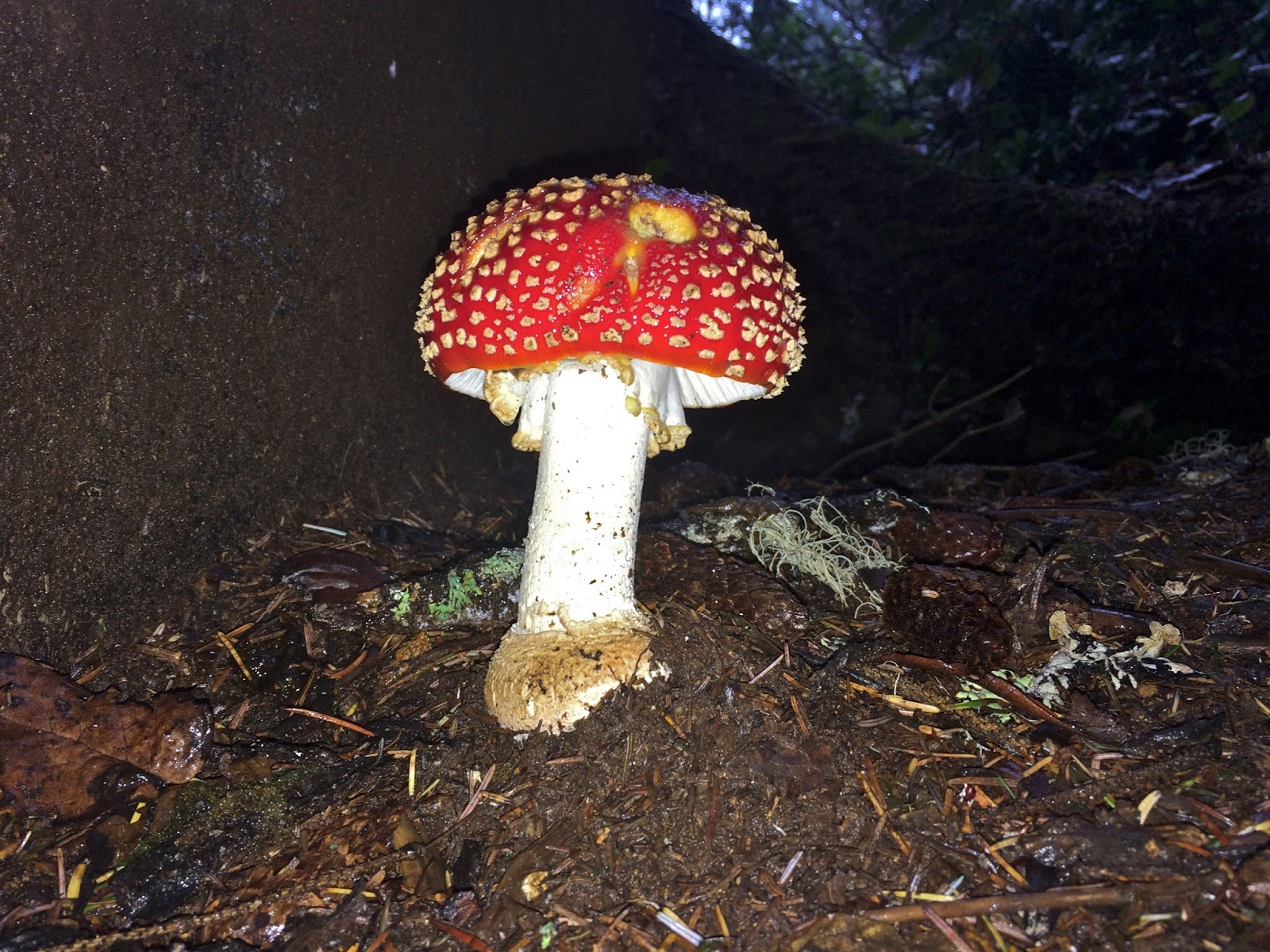 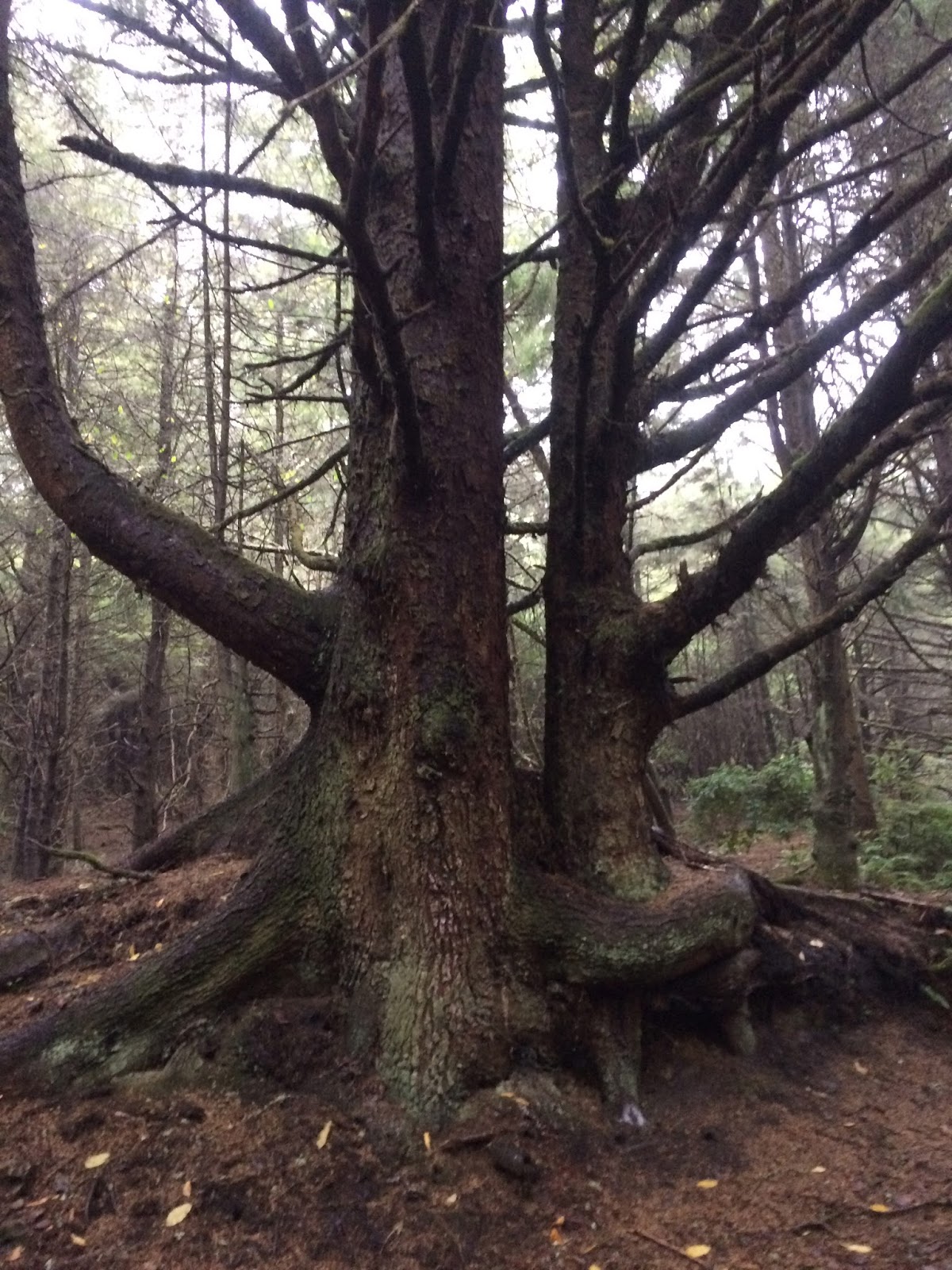 We were completely soaked after this hike and drove over to Shore Acres State Park to eat lunch and dry off.  The rain let up after lunch and we checked out the pretty but unexciting botanical gardens. 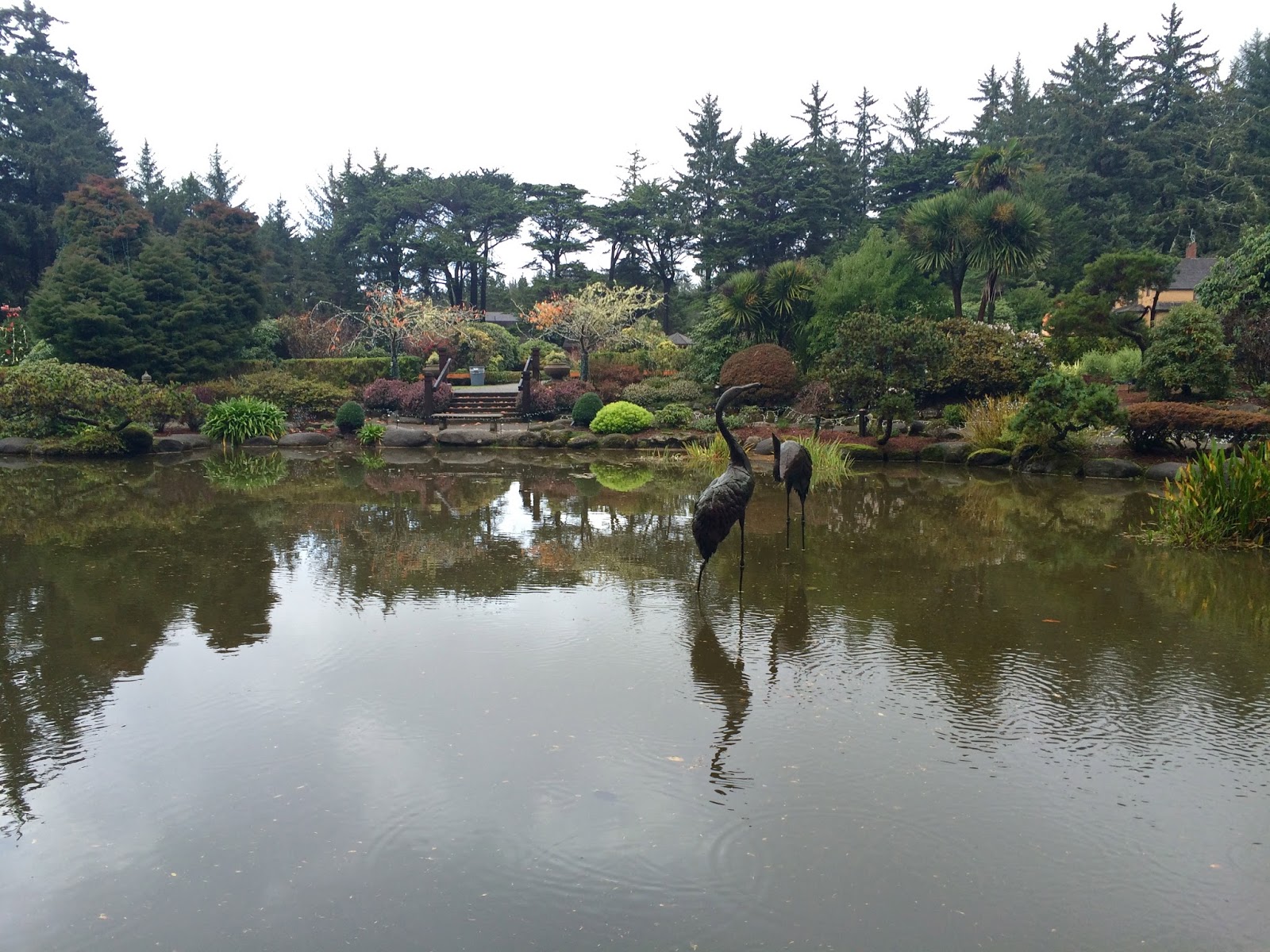 At least there were Fox Sparrows! 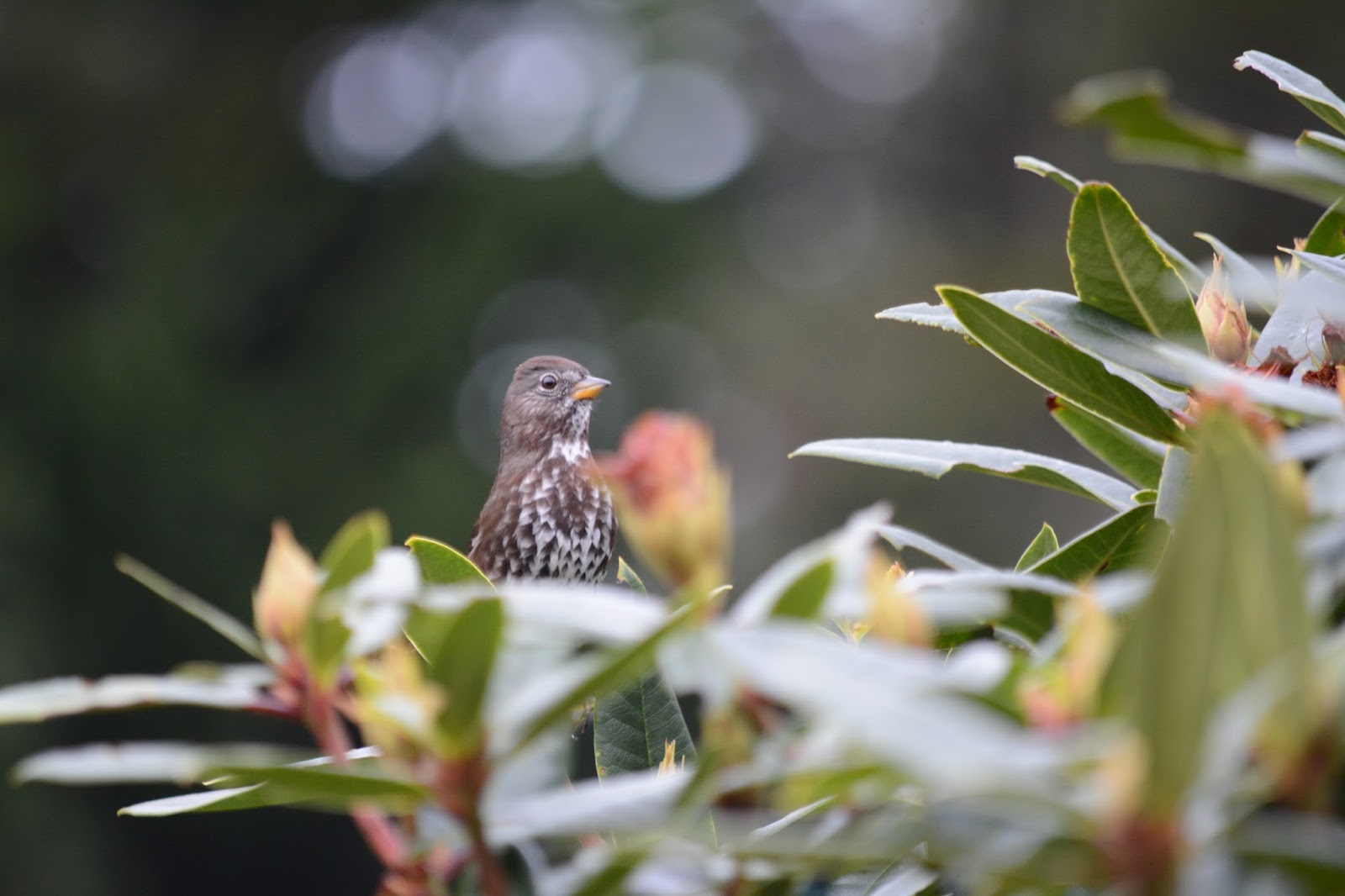 The rest of Shore Acres was amazing, but I will save that for the next installment of my Coos Bay adventure weekend, which I promise will have MANY more birds for you.  Good times!!
Email Post
Labels: Black Oystercatcher Fox Sparrow Lesser Black-backed Gull Mew Gull Western Gull