on December 01, 2014
Ok, back to Cape Arago!  We had just finished up at the botanical gardens and went wandering around the rest of Shore Acres State Park.  Pets aren't allowed here so the boys rested up in the car for this portion. 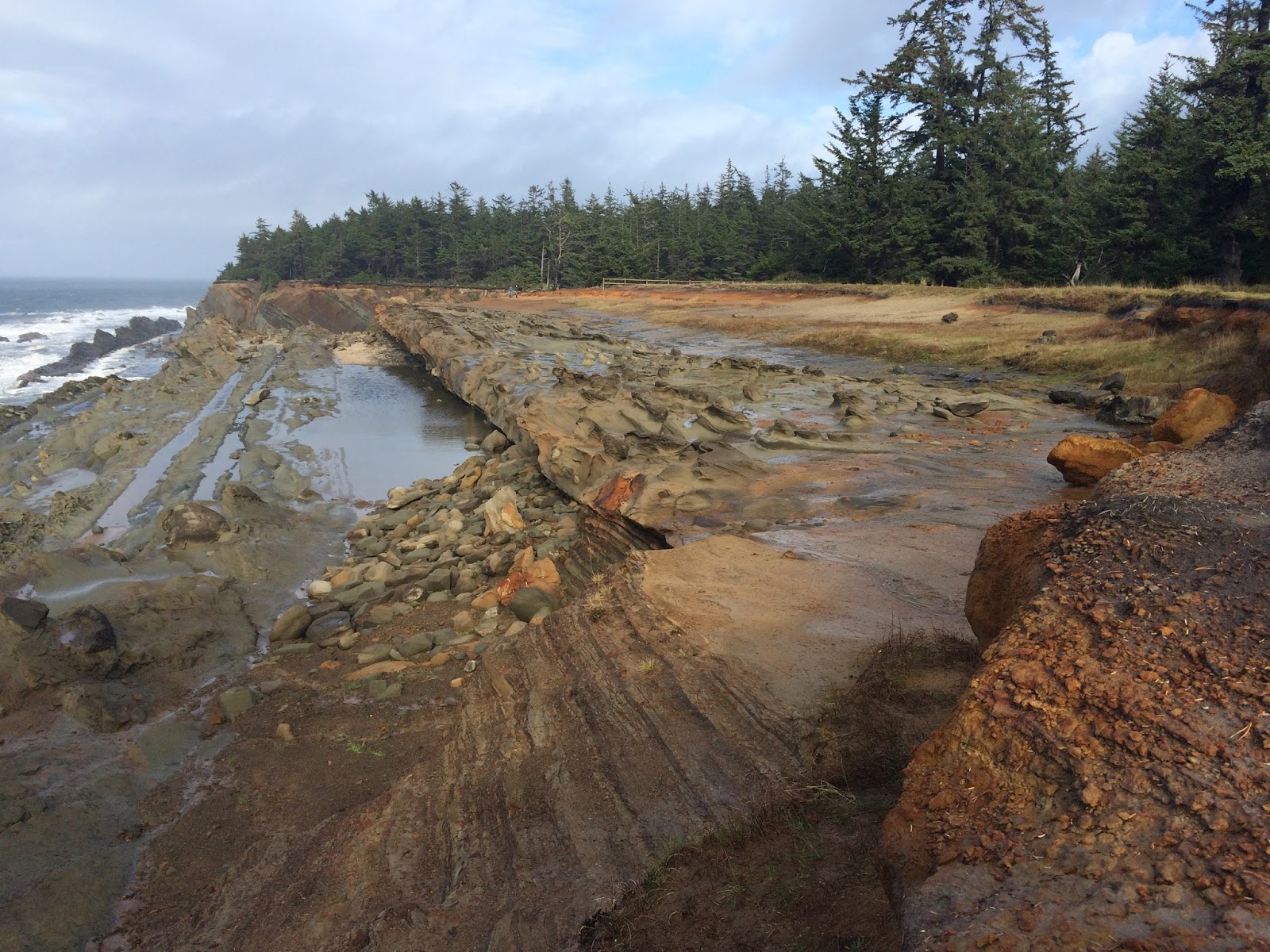 The marine terraces here are spectacular, where erosion has shaped the sandstone cliffs.  This blog has some very basic info on the geological features here. 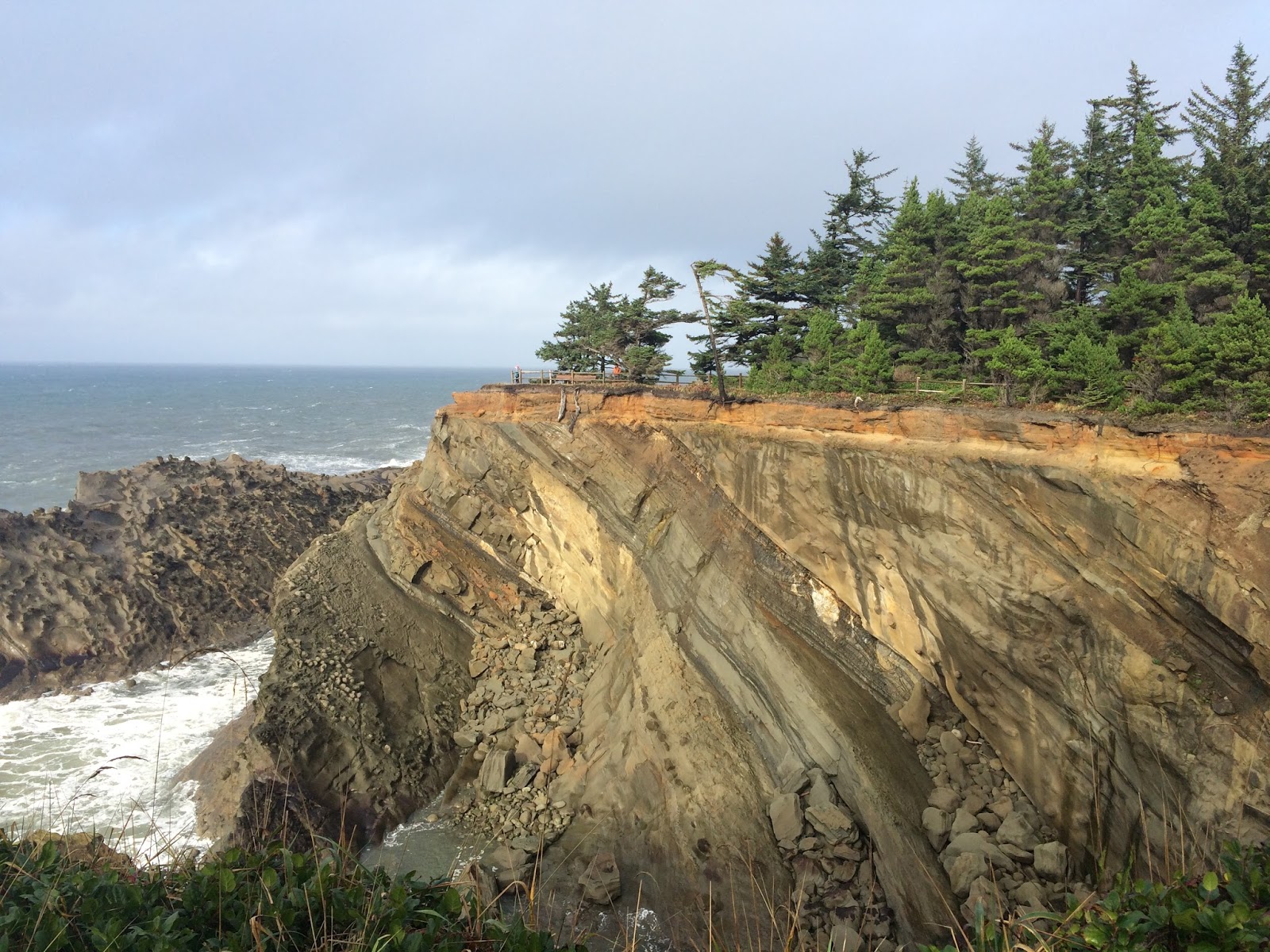 Know what would look way cool on these fancy rocks?  Black Turnstones and Surfbirds! 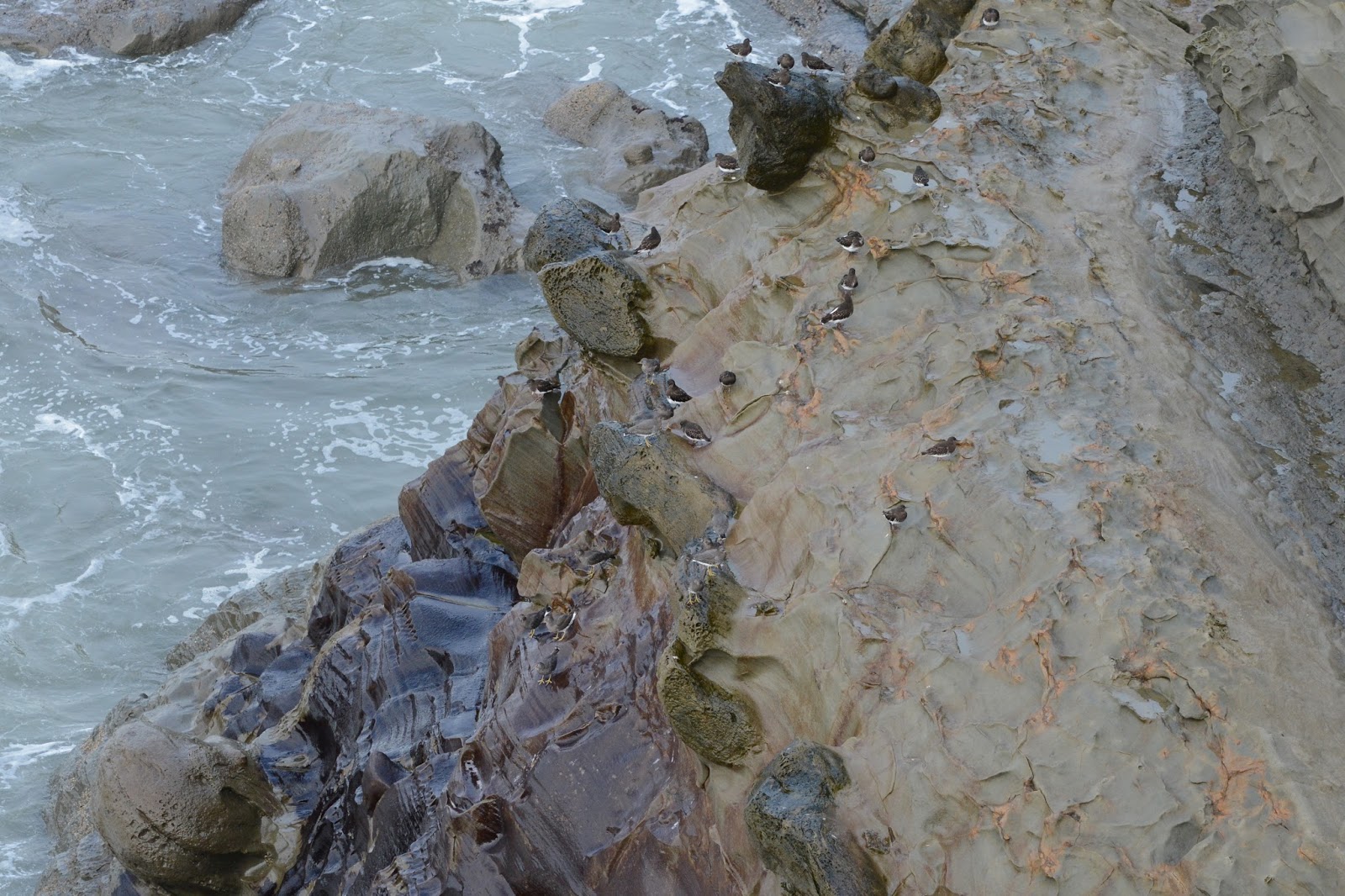 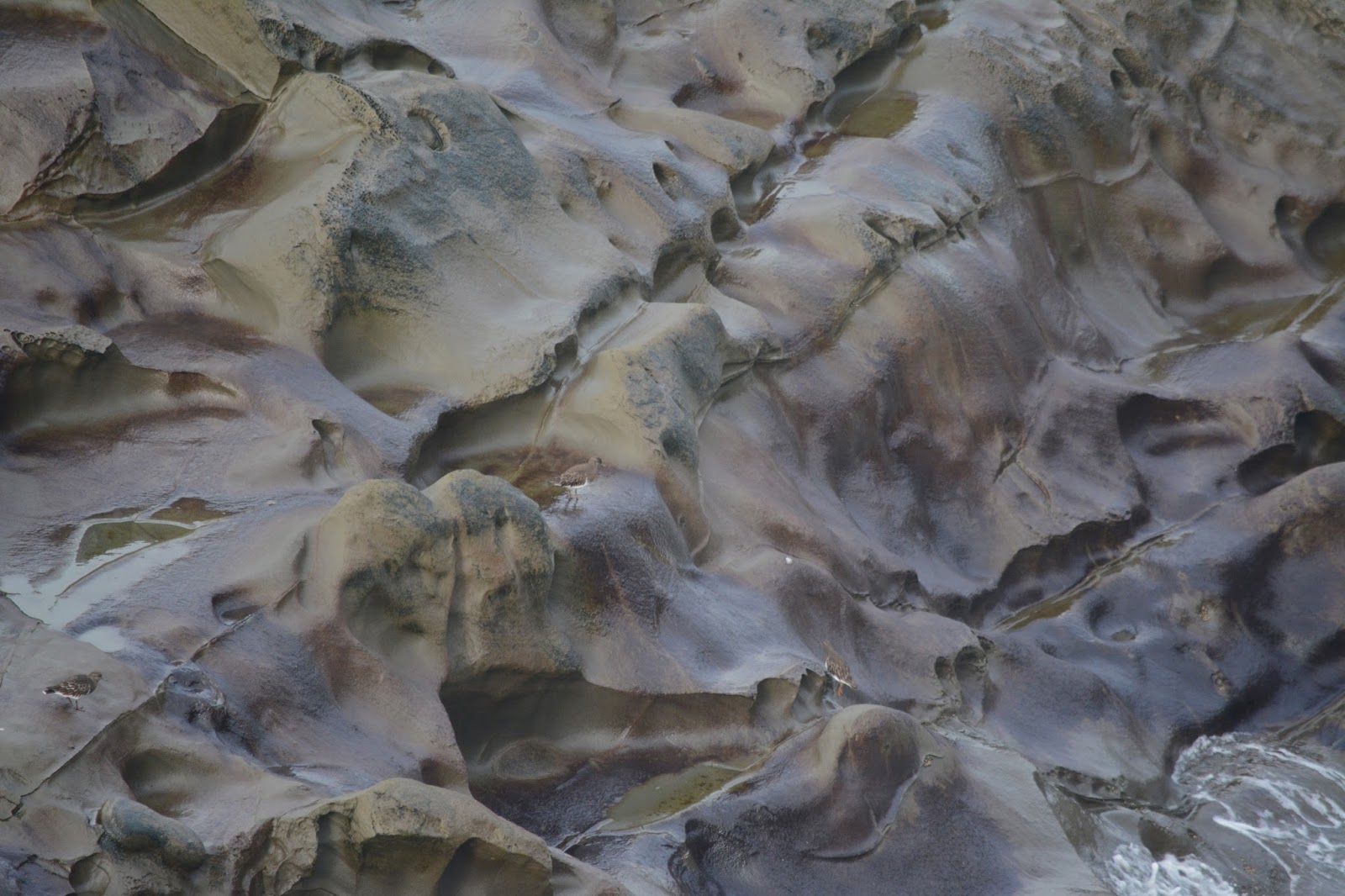 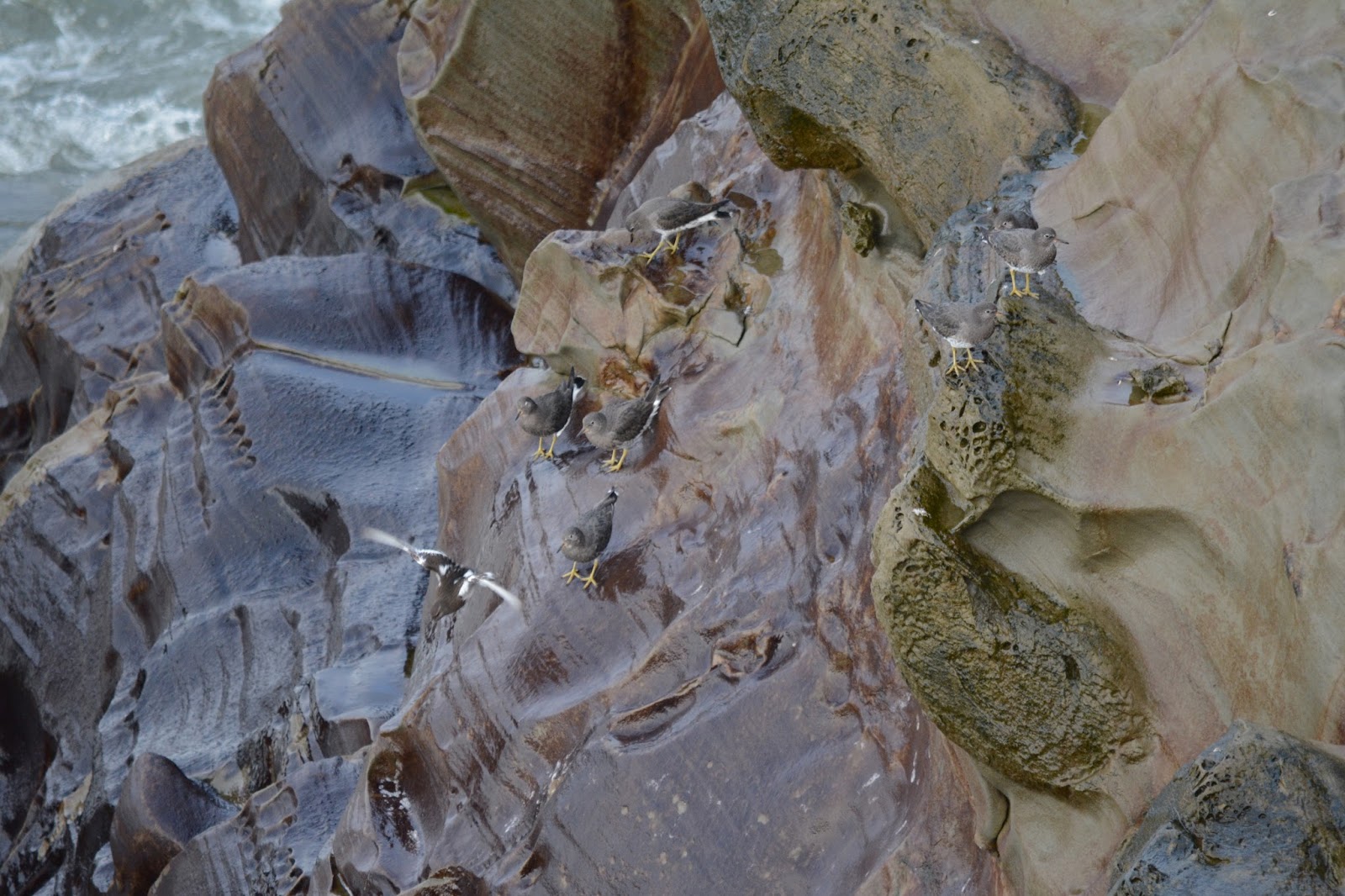 This park was amazing to say the least.  After Shore Acres we stopped at the Cape Arago Lighthouse viewpoint... 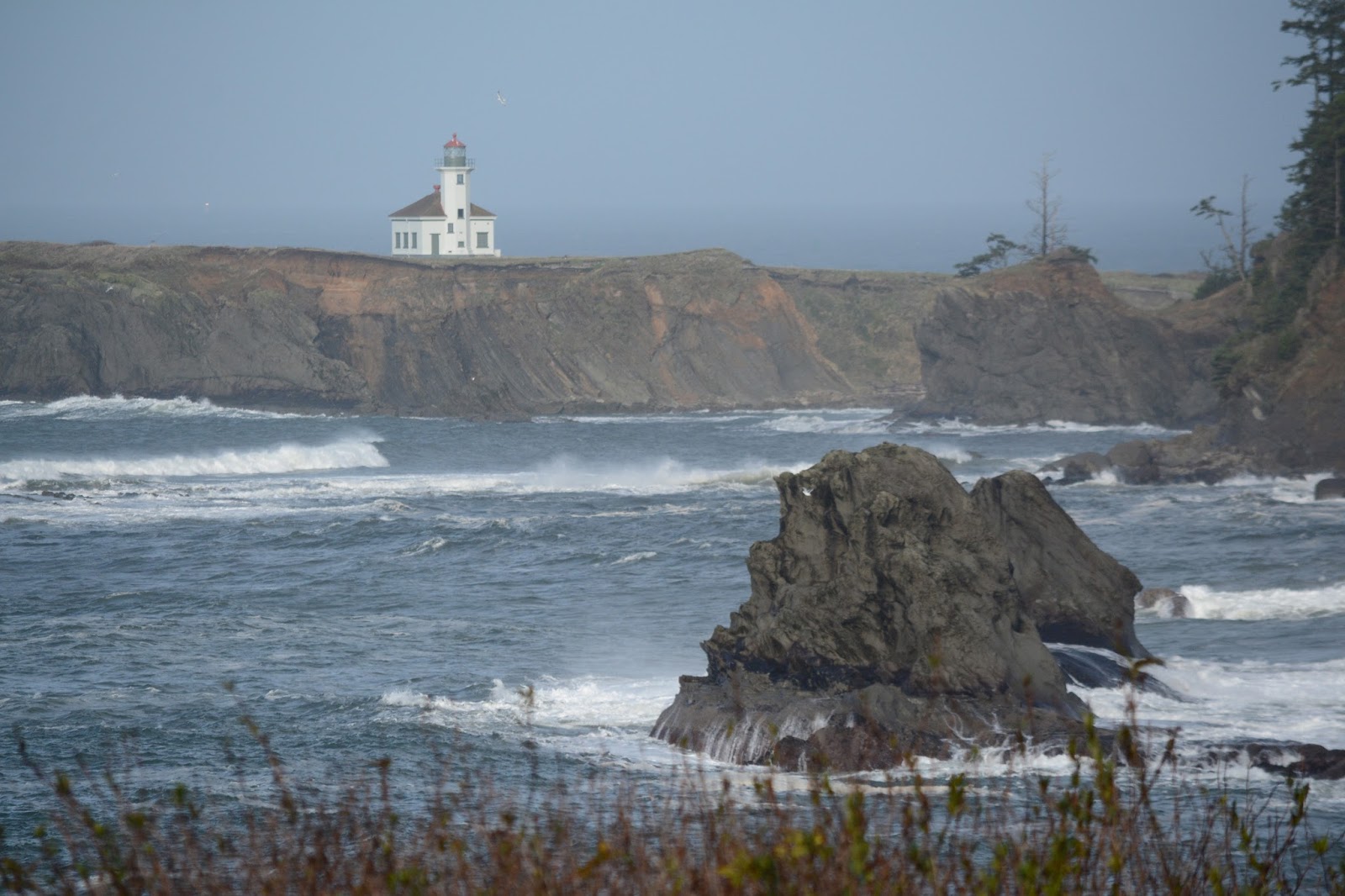 ...before continuing on back to Sunset Bay State Park.  There were tons of people out and about now that the weather was nice so we didn't stay long.  A Black Phoebe was the only bird I noted besides some backlit gulls.  We had seen a jetty from somewhere that we decided to look for, and drove down a random road and found it.  It was a cool spot. 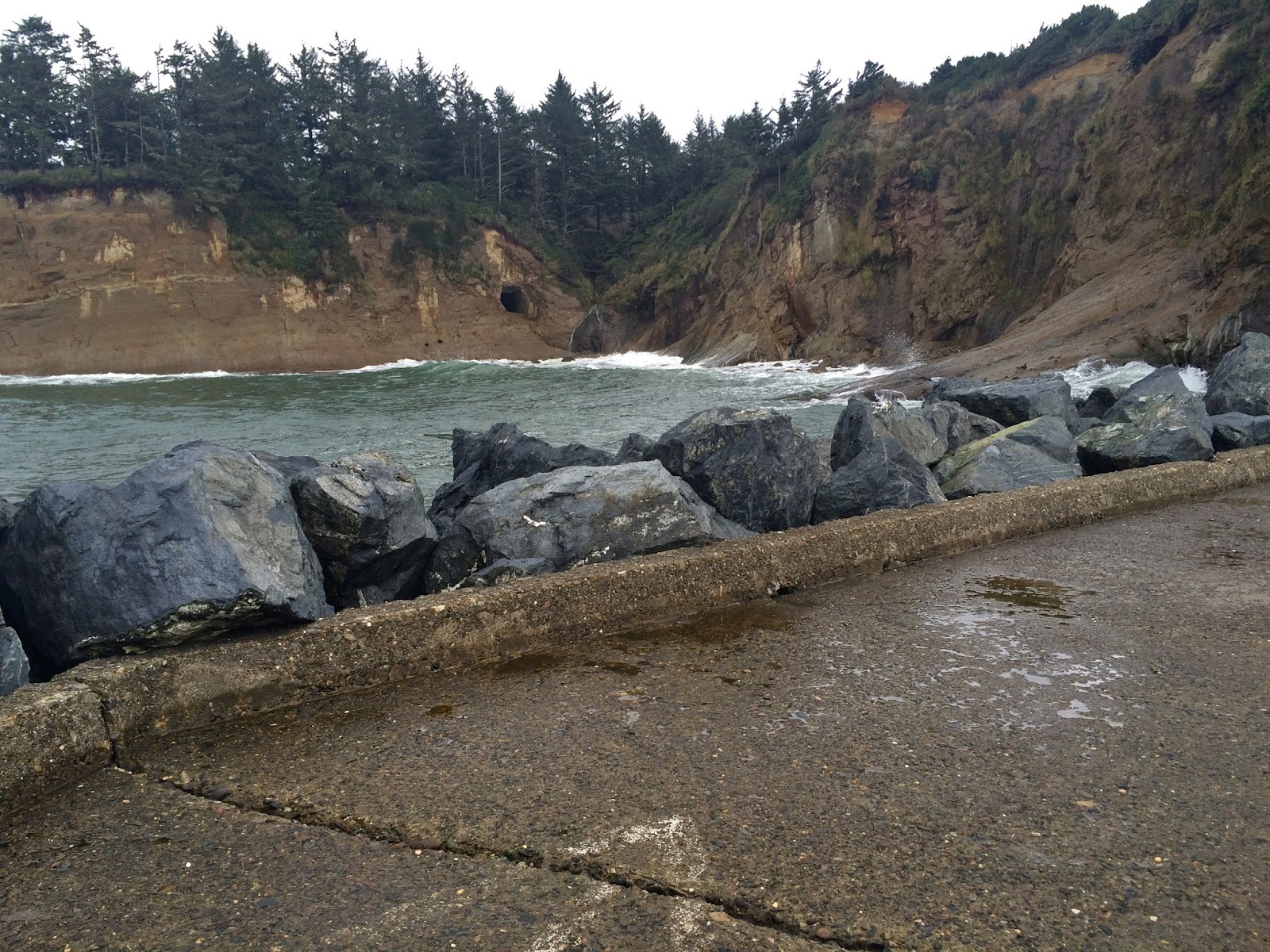 Impossible to reach caves and a short walkway on the jetty were nice touches.  The best part of this stop was when we were walking in the sand next to the jetty though.  A bird flew by and landed on a rock ahead of us. 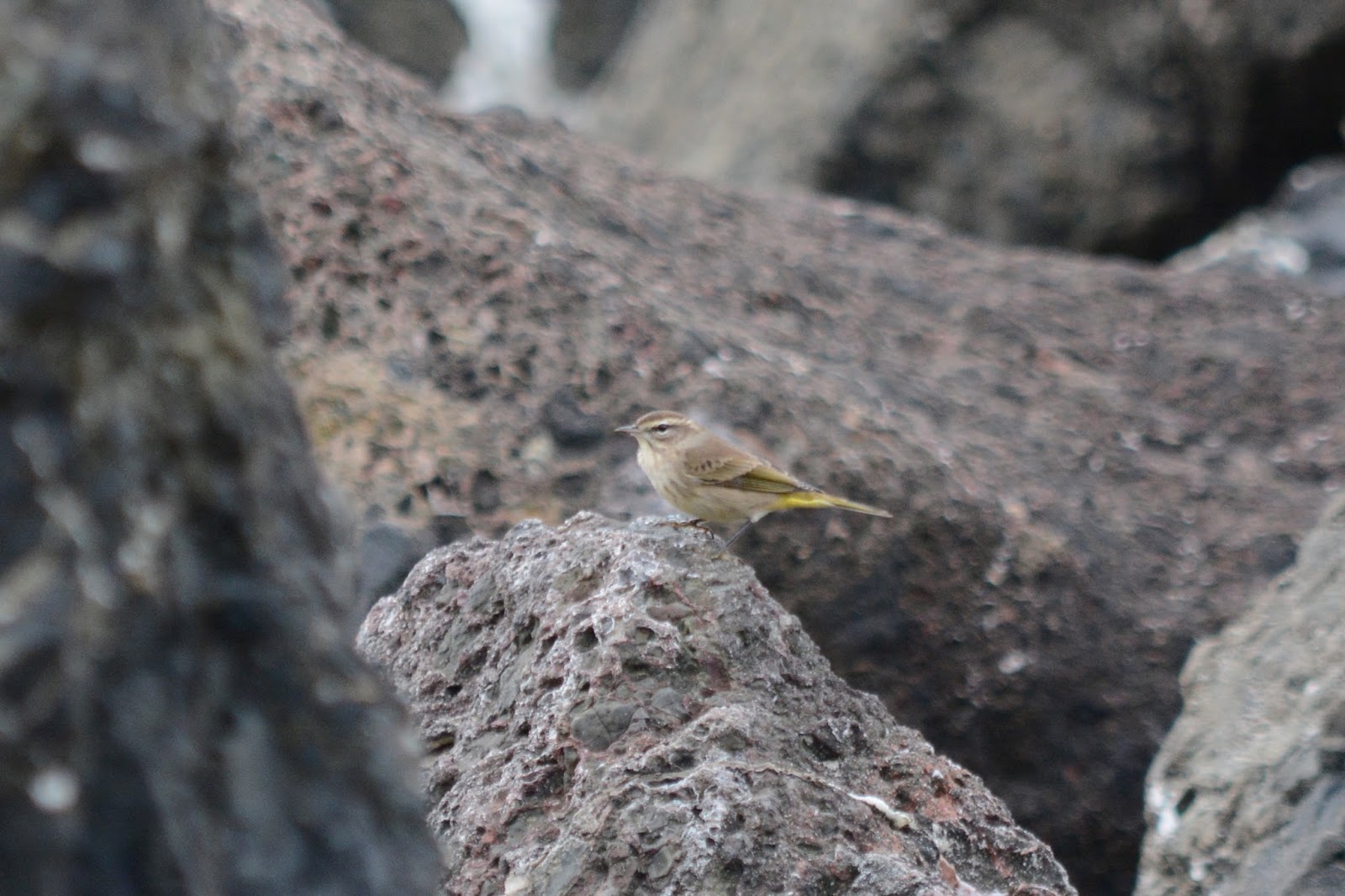 Finally my long overdue Oregon Palm Warbler!  He bobbed his tail for about thirty seconds then flew back to wherever he came from.  A very nice surprise at this random stop.

The rain picked up as we drove back to Coos Bay at dusk and we debated what to do for dinner.  Finally we settled on picking up some Thai takeout from EZ Thai, across from the Egyptian Theater on the main drag. 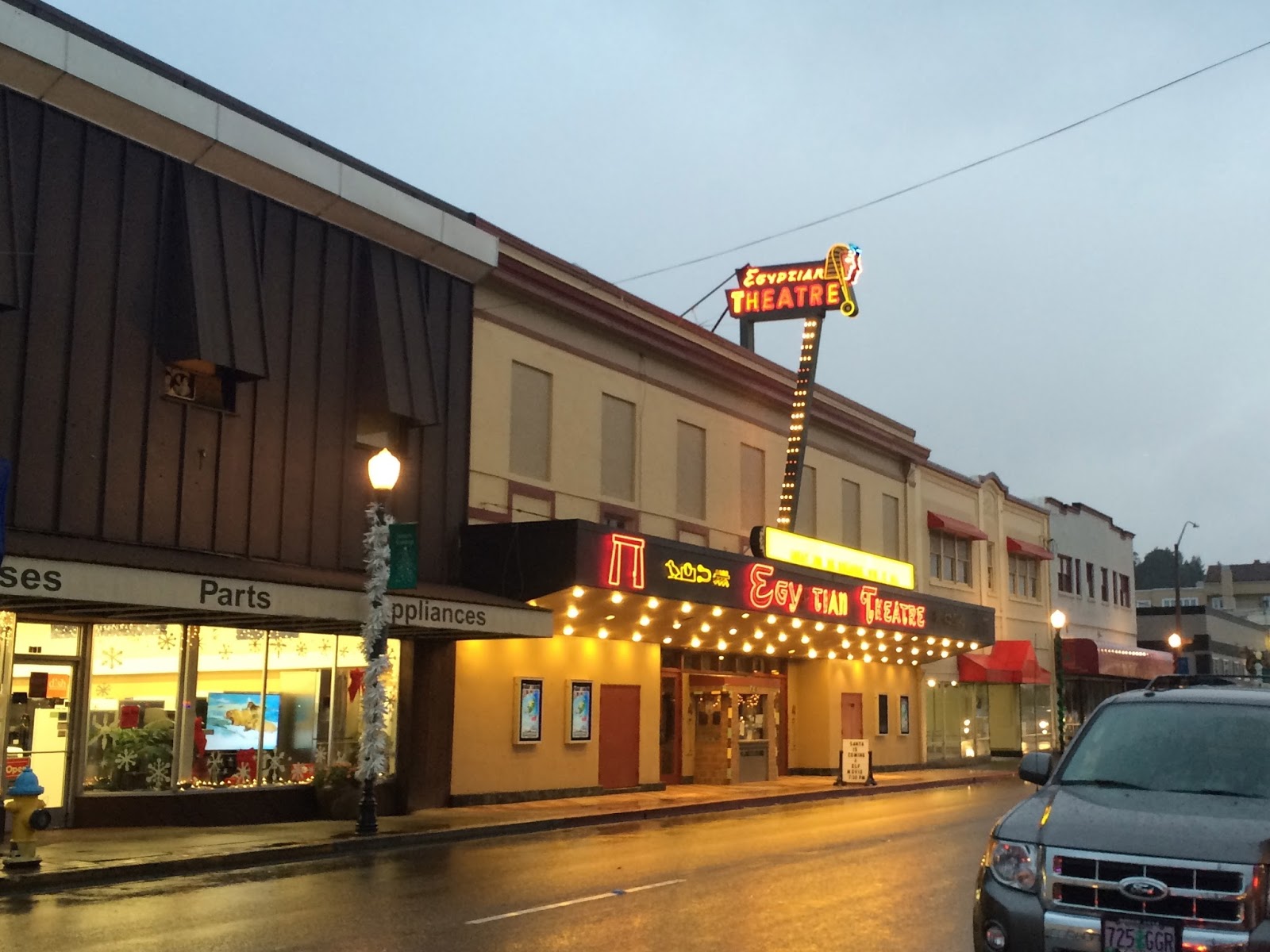 I rarely recommend restaurants on this blog, in fact this might be a first, but this place was SO damn good and the waitress actually knew what vegan meant and was super helpful.  EZ Thai.  Remember it.

Saturday morning we got coffee at a weird Christian coffee shop and walked the dogs along the Coos Bay Boardwalk. 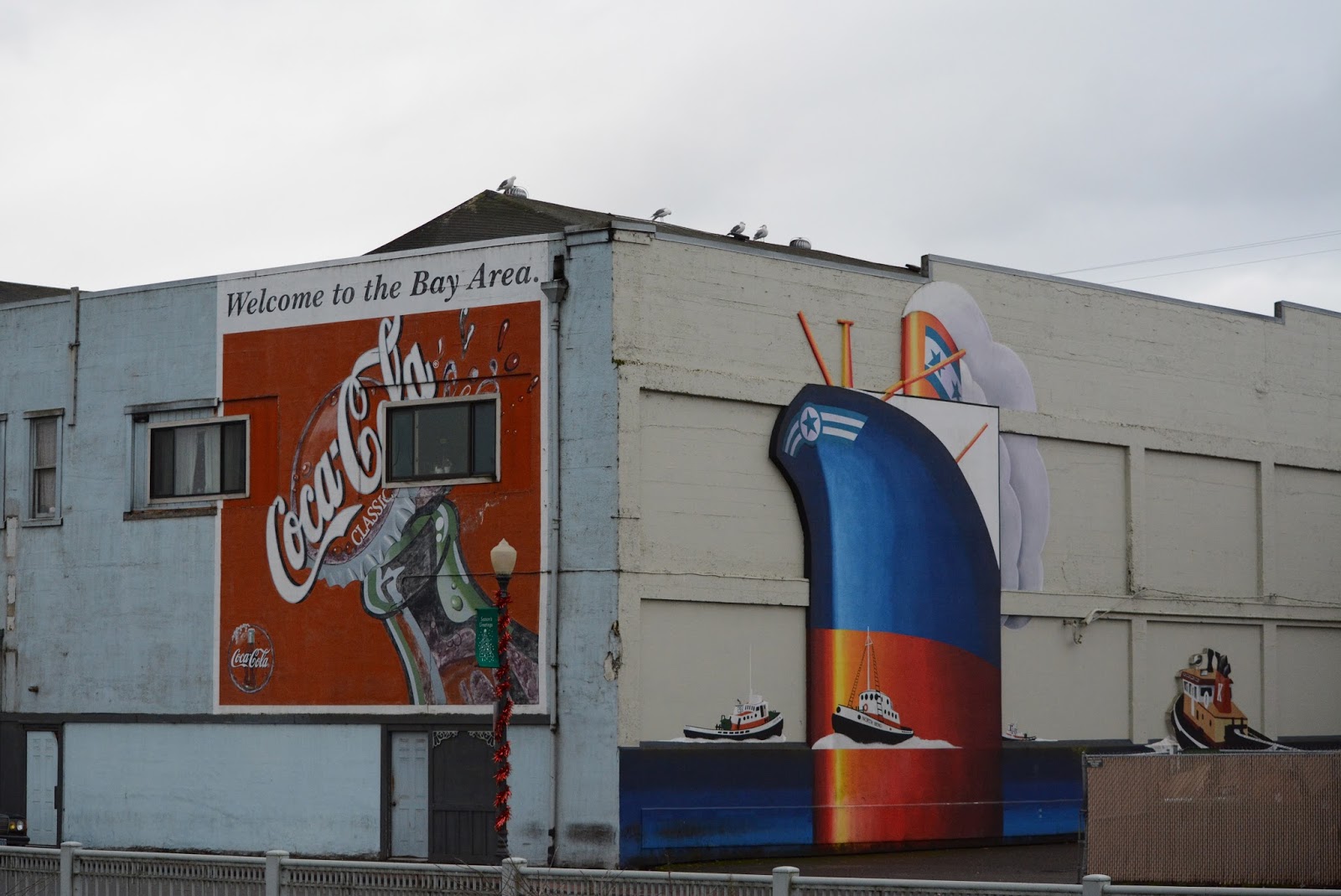 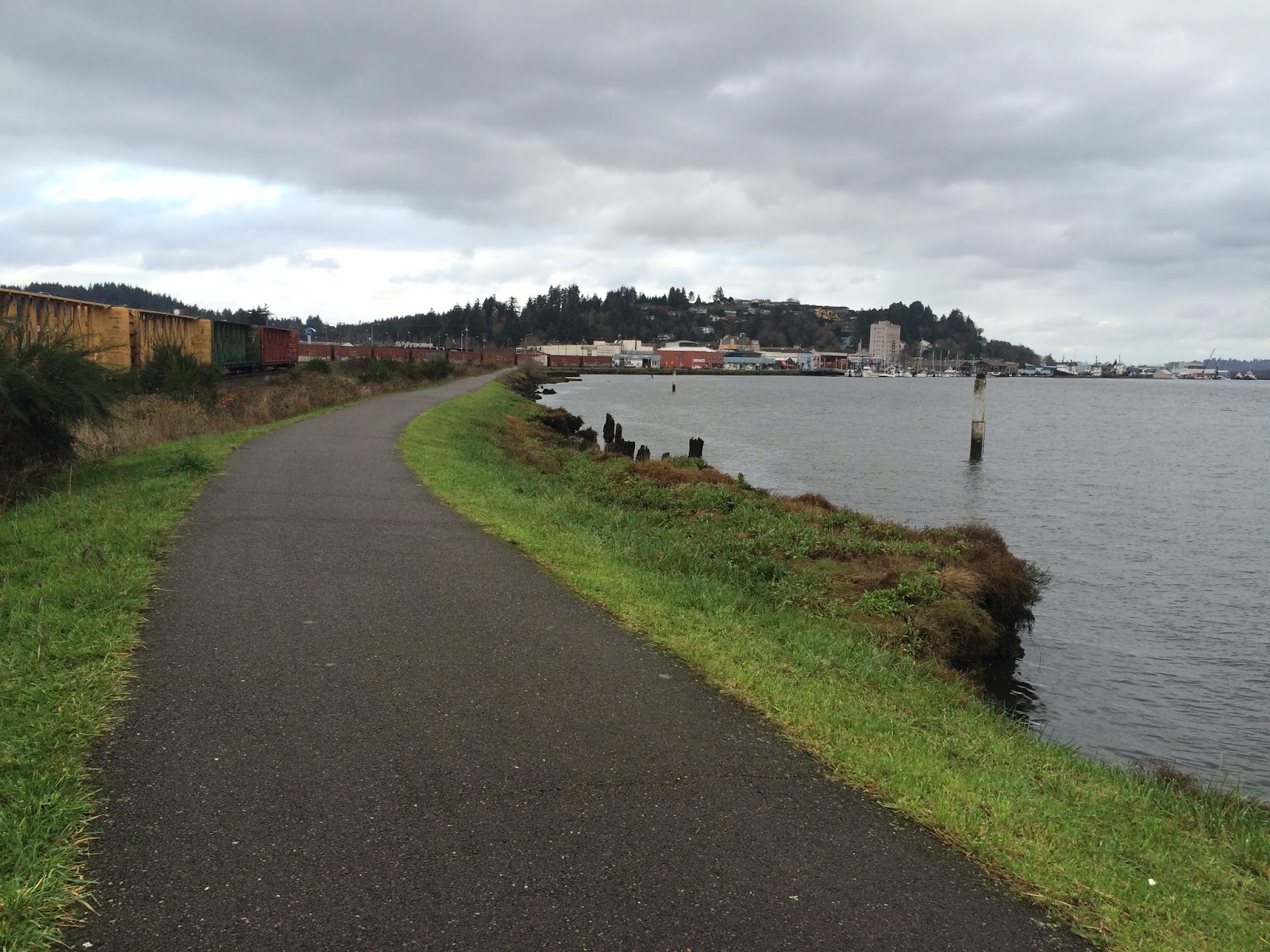 A still spotted Spotted Sandpiper was begging to be photographed along the rocks. 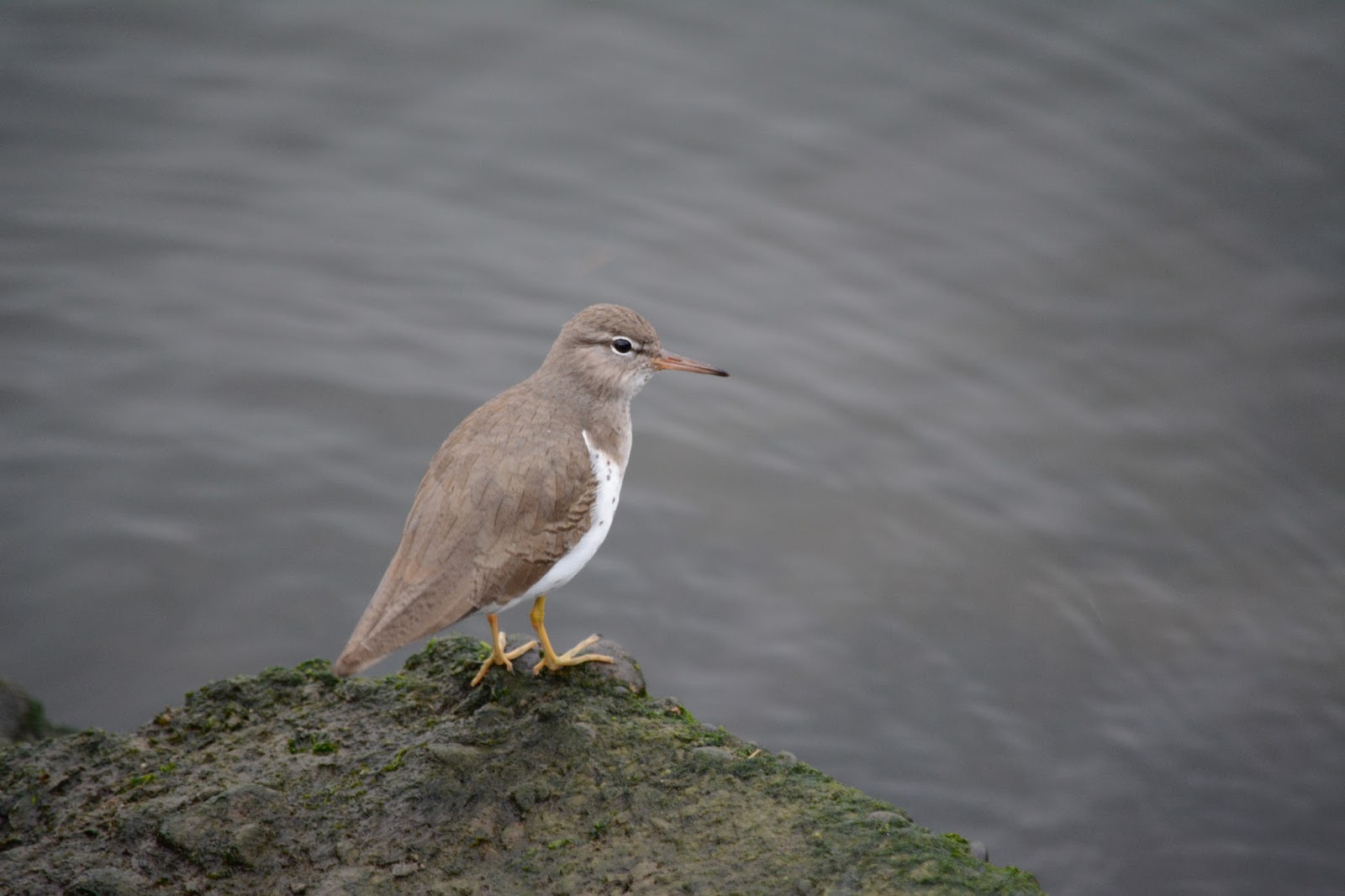 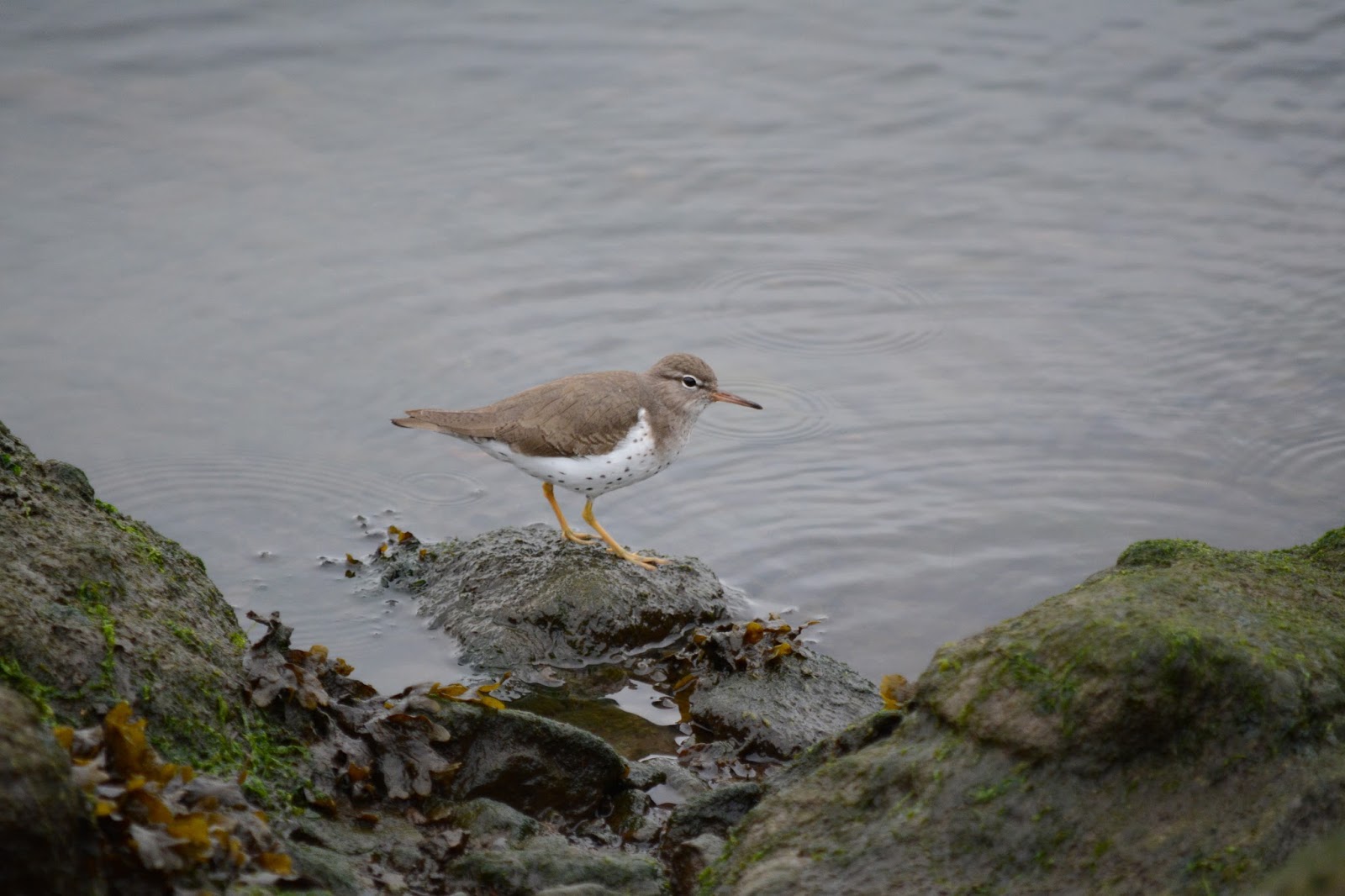 At the marina a Western Gull surveyed the docks while pigeons took to public nuzzling. 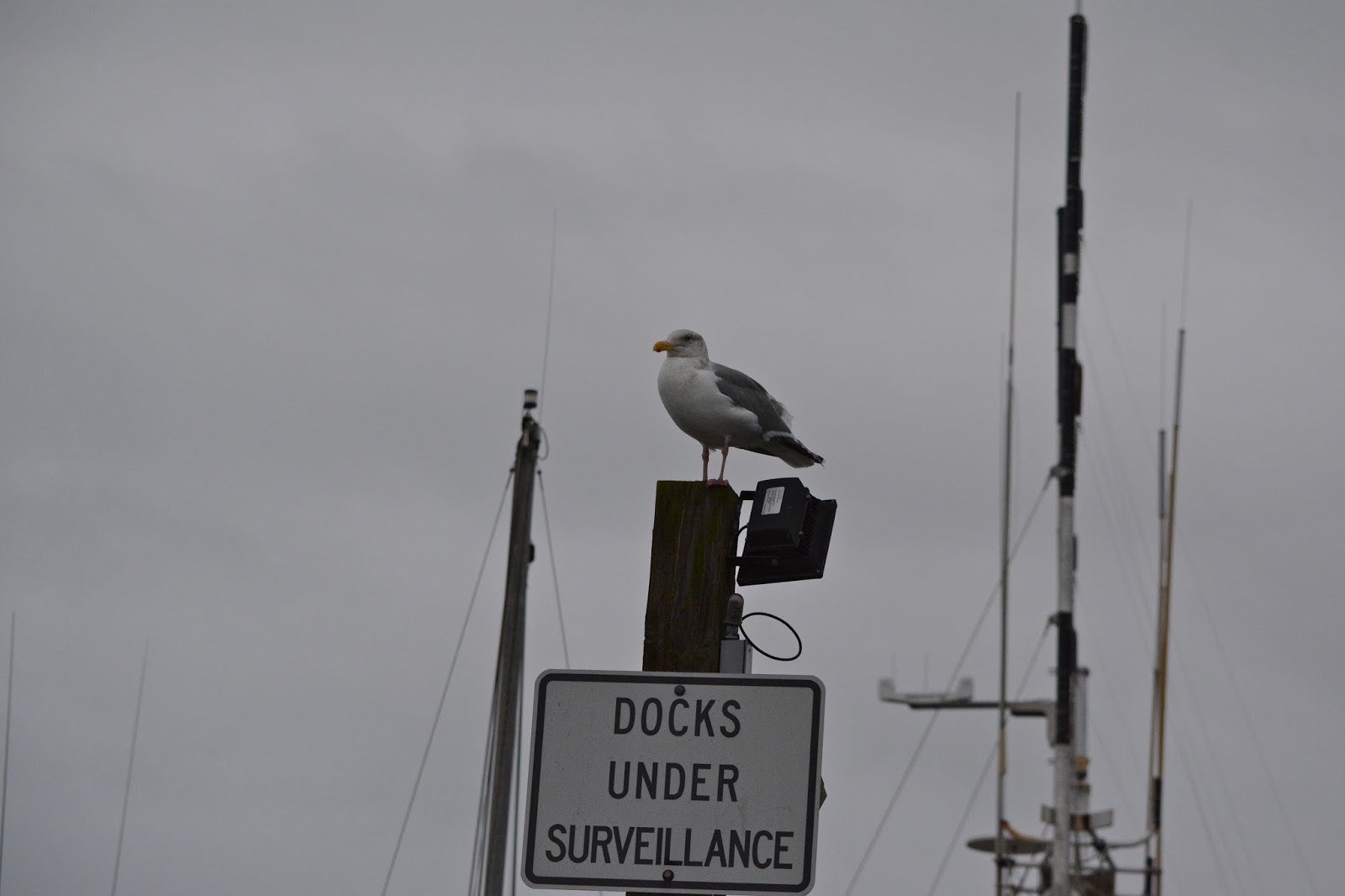 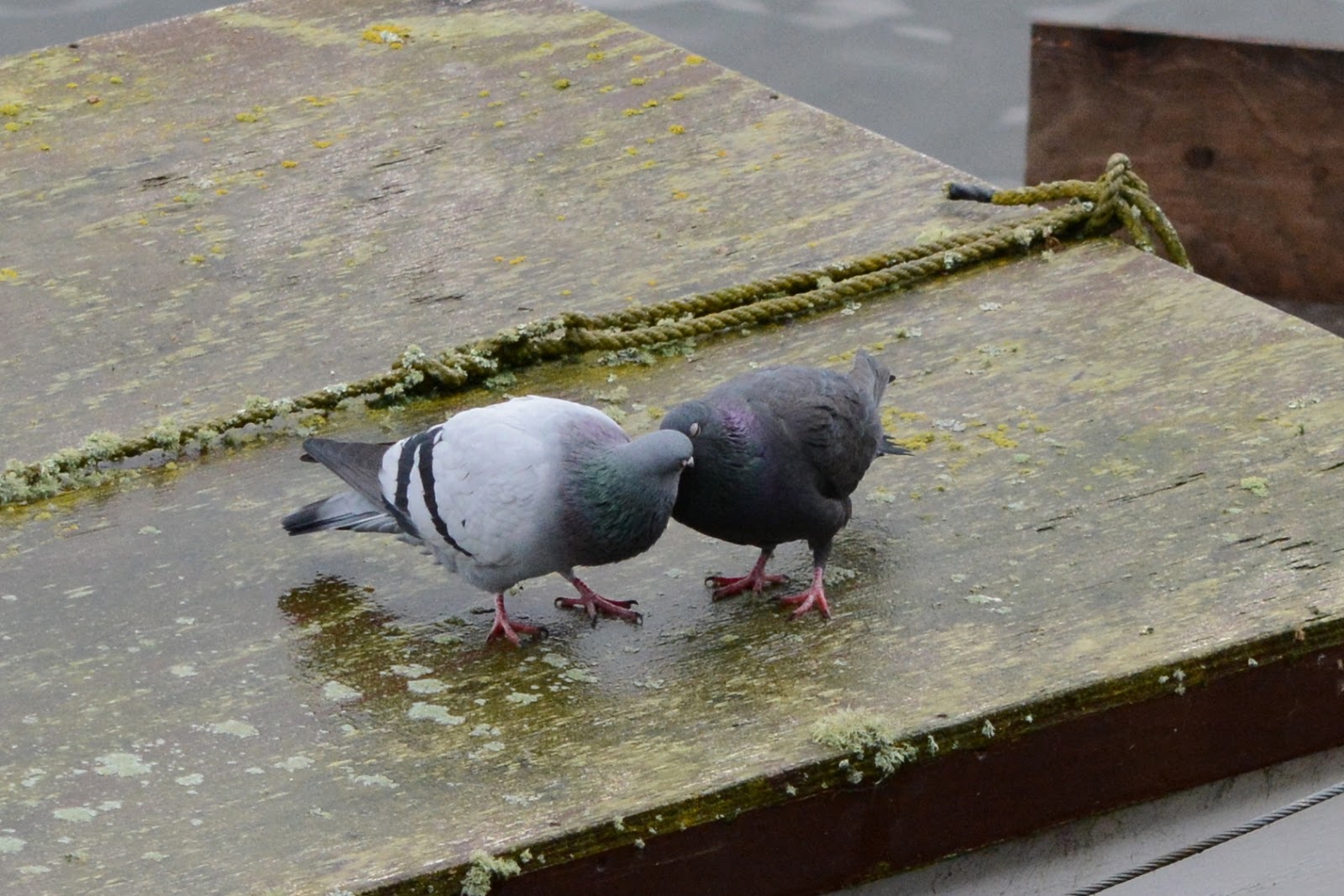 On the way out of North Bend we stopped at a little park to find a good viewpoint of the Conde McCullough Memorial Bridge.  Let me quote Wikipedia here:  "The bridge is outstanding for its attention to form and detail, and has been placed on the National Register of Historic Places in recognition of its design and cultural and economic importance." 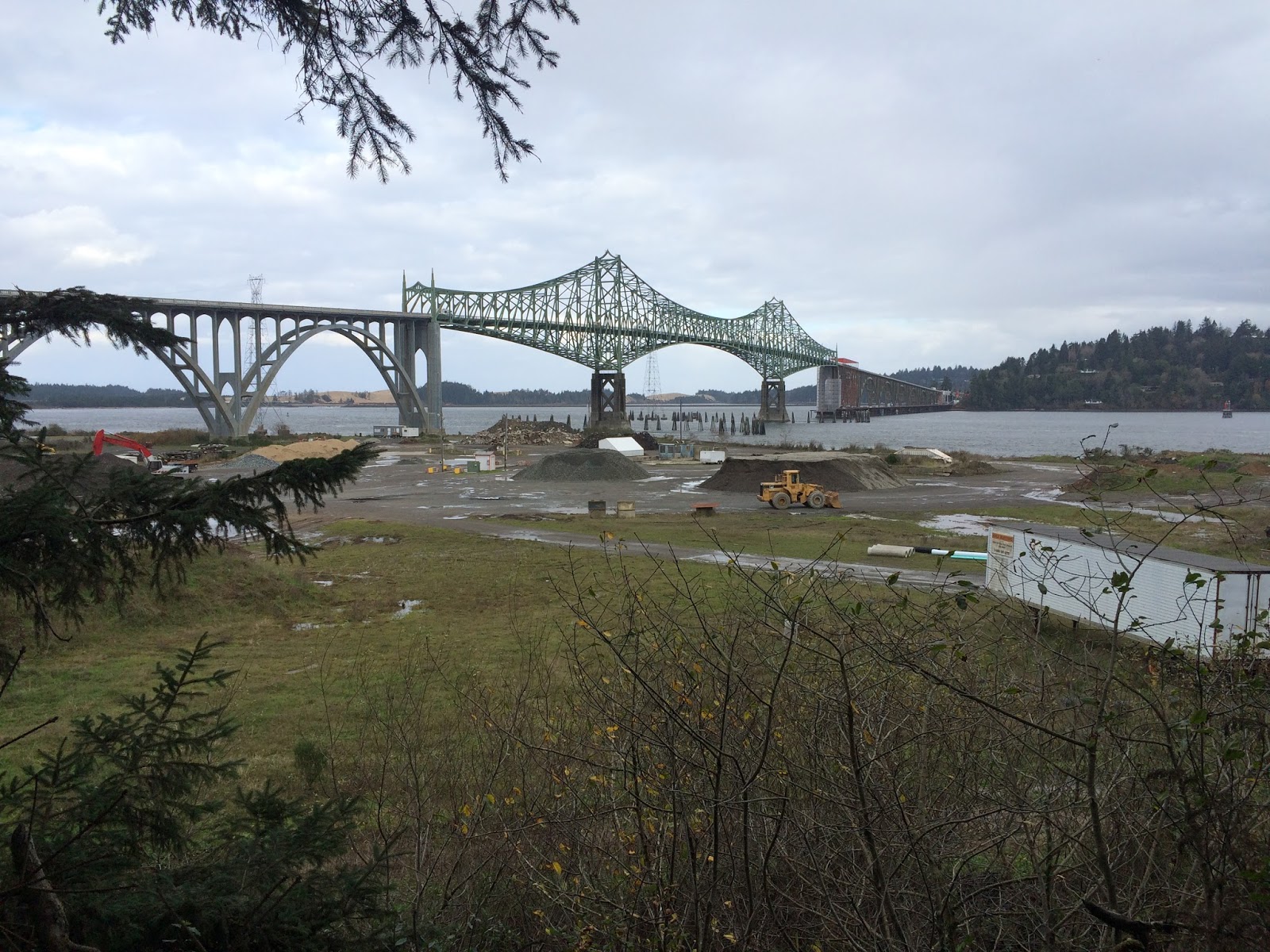 We took 38 back from Reedsport stopping at the Dean Creek Elk Viewing Area, where Roosevelt elk hang out ridiculously close to a parking area. 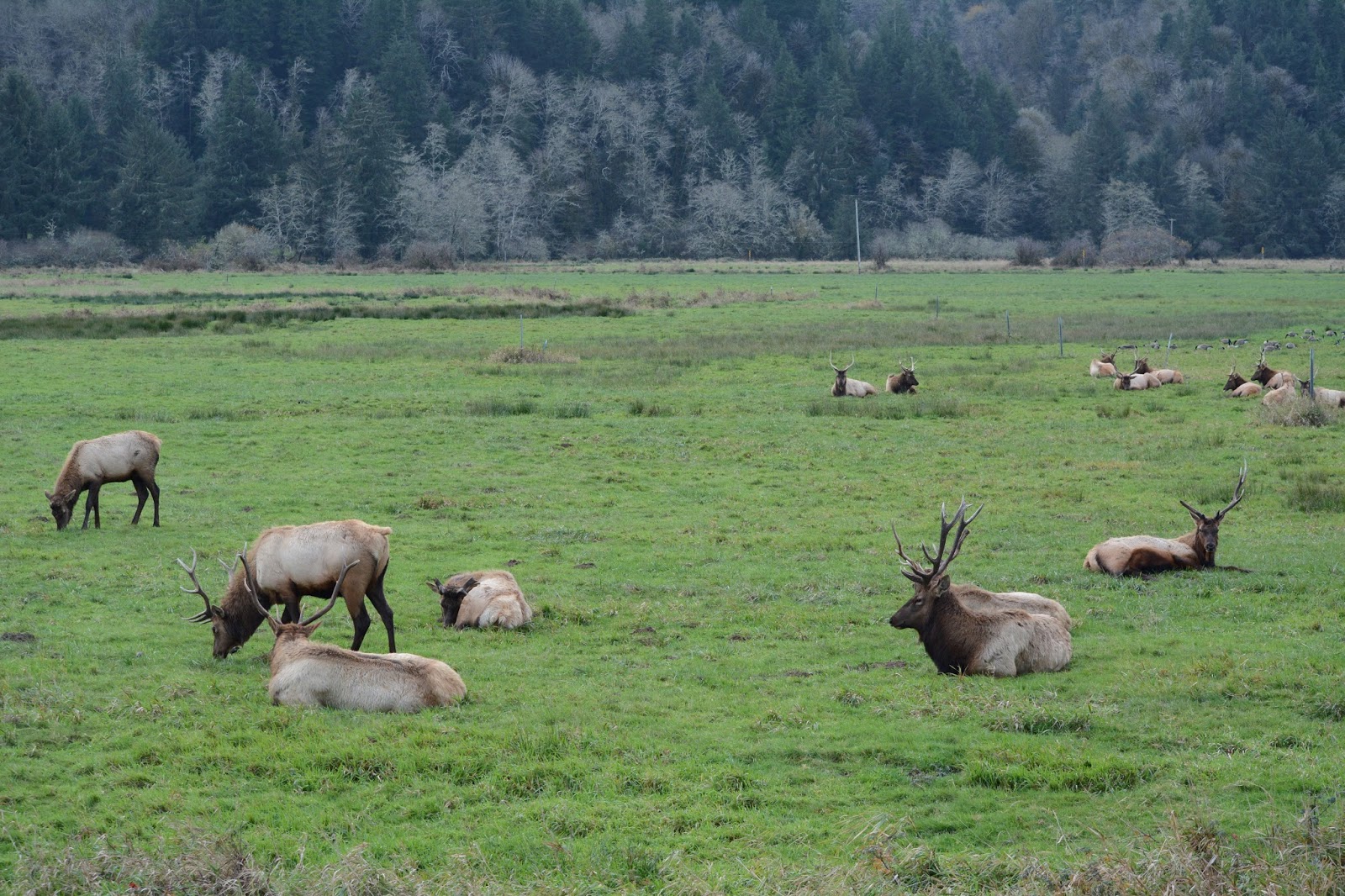 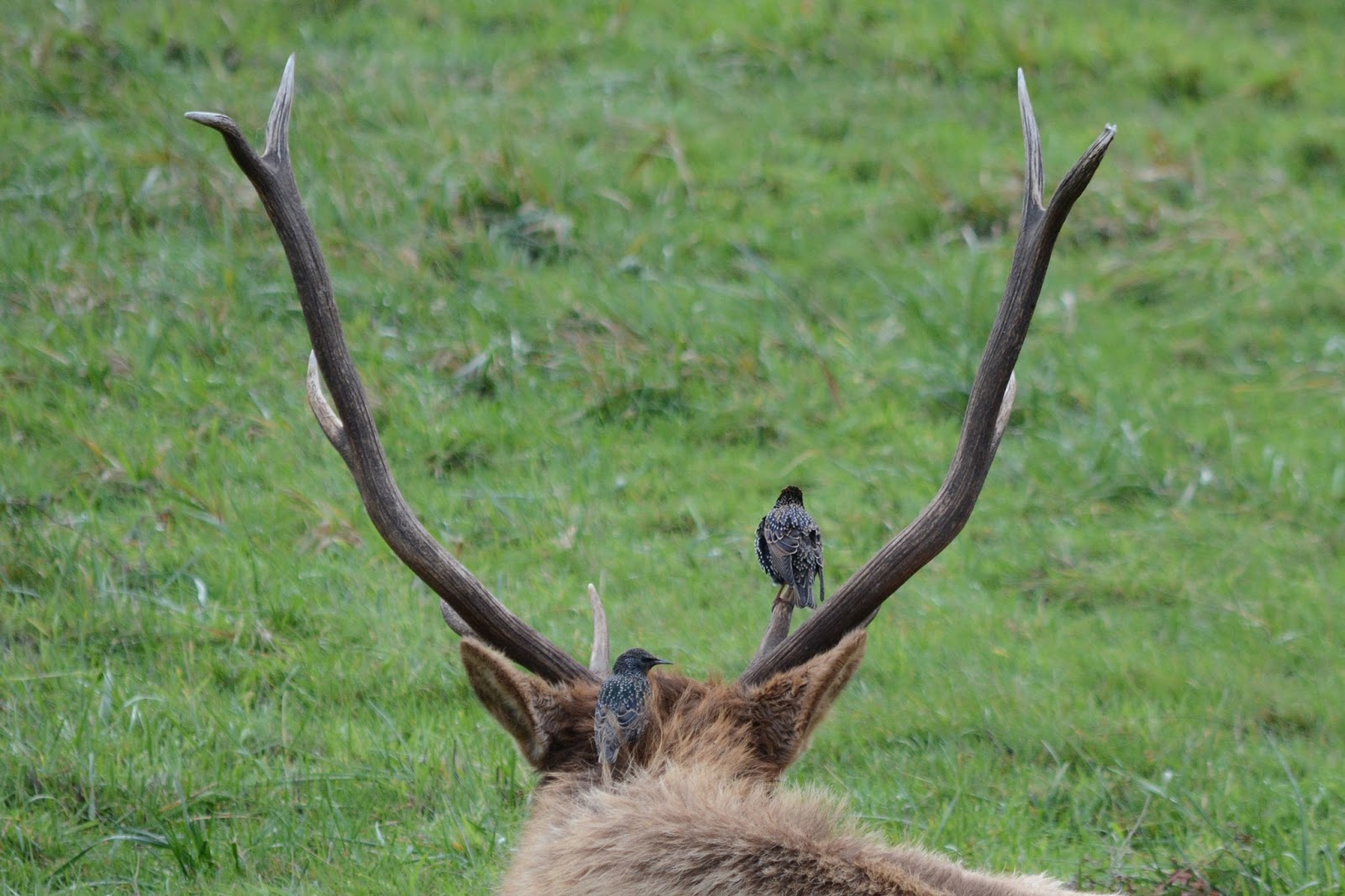 If only the meadowlarks nearby would pose on the antlers rather than the starlings. We made one more stop along the highway to peep on some turkey butts: 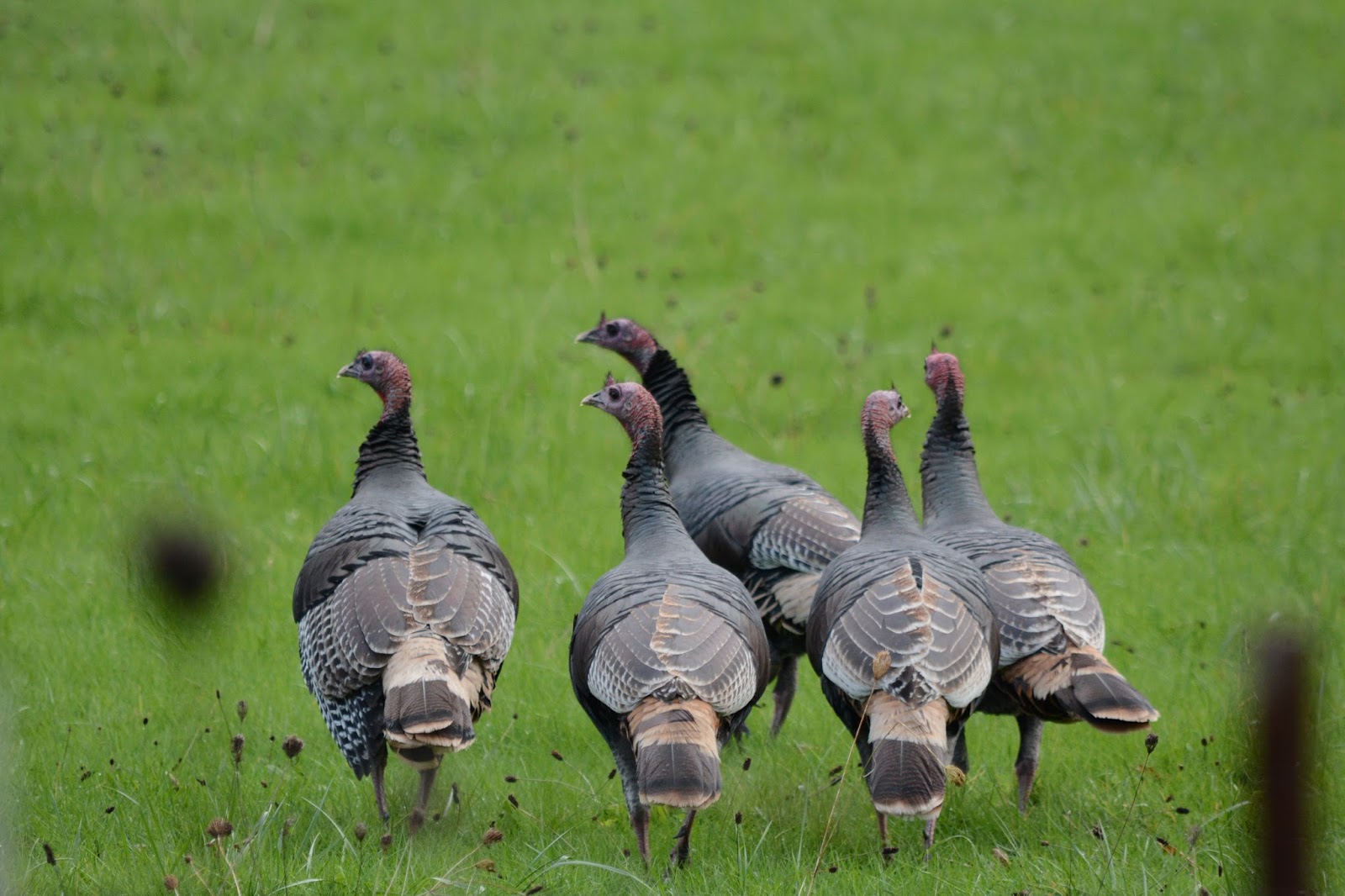 Now, these sure look like Wild Turkeys but is that true?  They were in a field across the highway from a ton of chickens and roosters and such, so it seems possible they are domestic birds.  Though eBird shows quite a few Wild Turkey sightings along 38 so maybe they're wild.  Help? 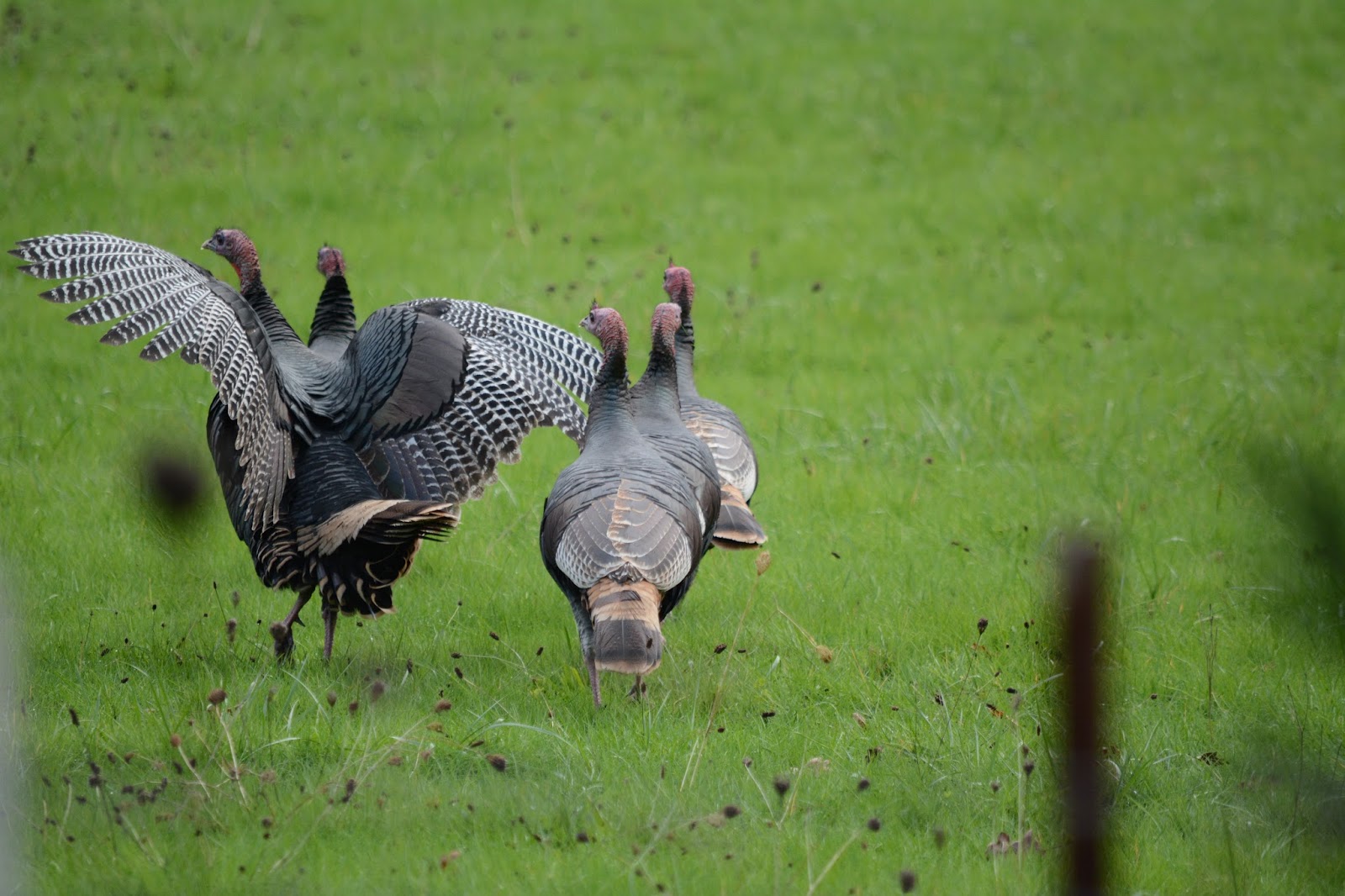 Always fun either way, too bad they were two days two late.