Taken For Granted 2014: Taken by a Pyrrhuloxia.

Another Taken For Granted Challenge has passed, another night of weeping into my Jubelale, consoled by stinky dog kisses and curried soup.  Yes, it is true, I came in second yet again, to the ultimate All-American freckle-faced boy: 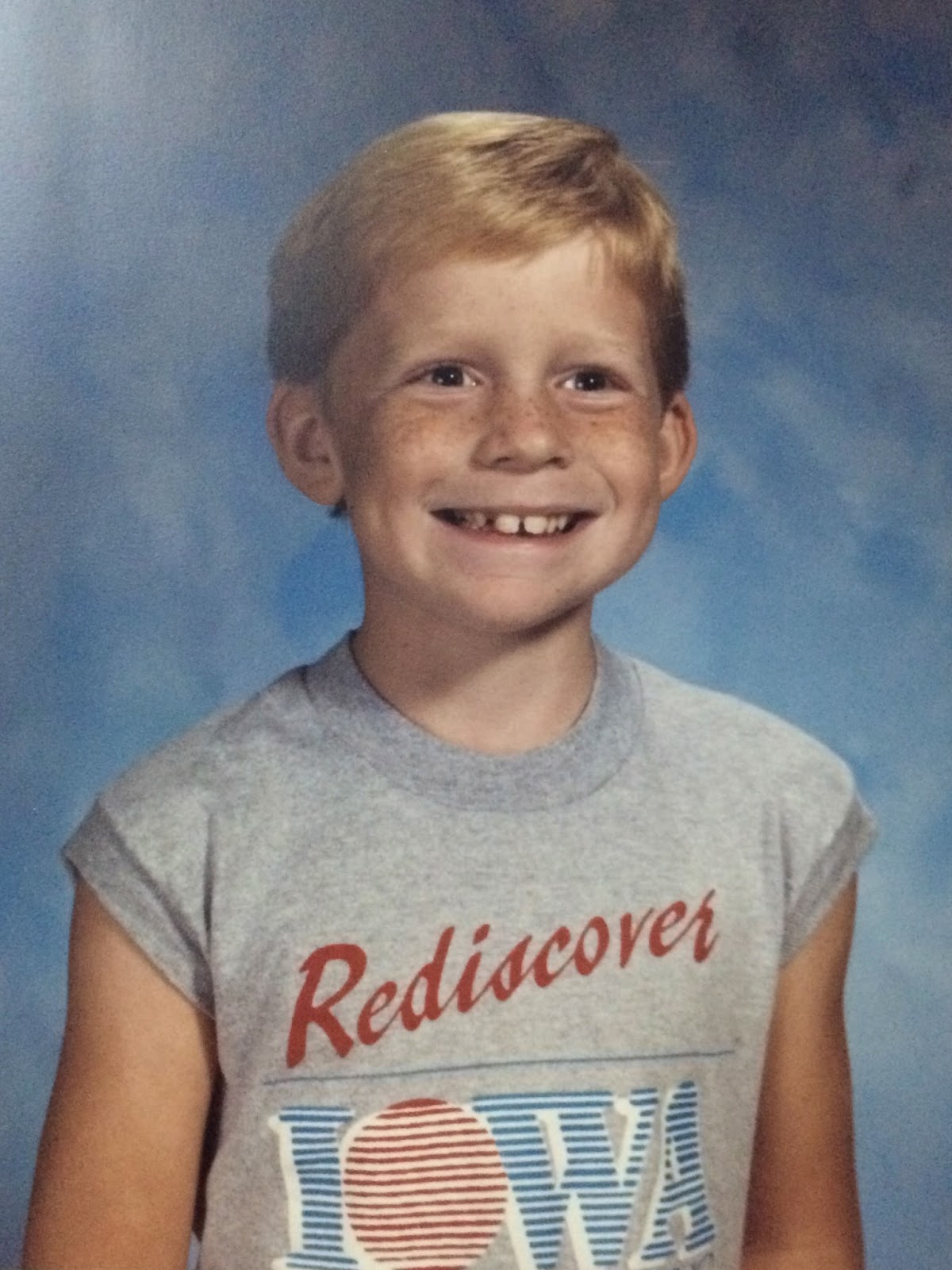 Nate might be a little older and a little more bird-savvy than when this photo was taken, but I can guarantee he makes the same number of fart jokes.

On with the challenge!  Yesterday morning I woke up eager to see the lists of birds Seagull Steve had prepared for us.  I easily figured out a game plan for the day and set out in the gloom and rain that 7:45 a.m. presented to me.  Approximately one block from my house I noticed the high school fields were smothered in gulls and quickly picked out a Mew Gull for my first achievement.  Then sent a bad digi-binned video of the bird strutting while Katy Perry sang in my car to Nate, who was busy not being amused.

Since it was dark and raining I took only three terrible photos and left.  This was not a photo contest after all.  I headed straight to the PDX Airport Fire Station lot to find some Horned Larks.  Less rain, more wind, still dark. 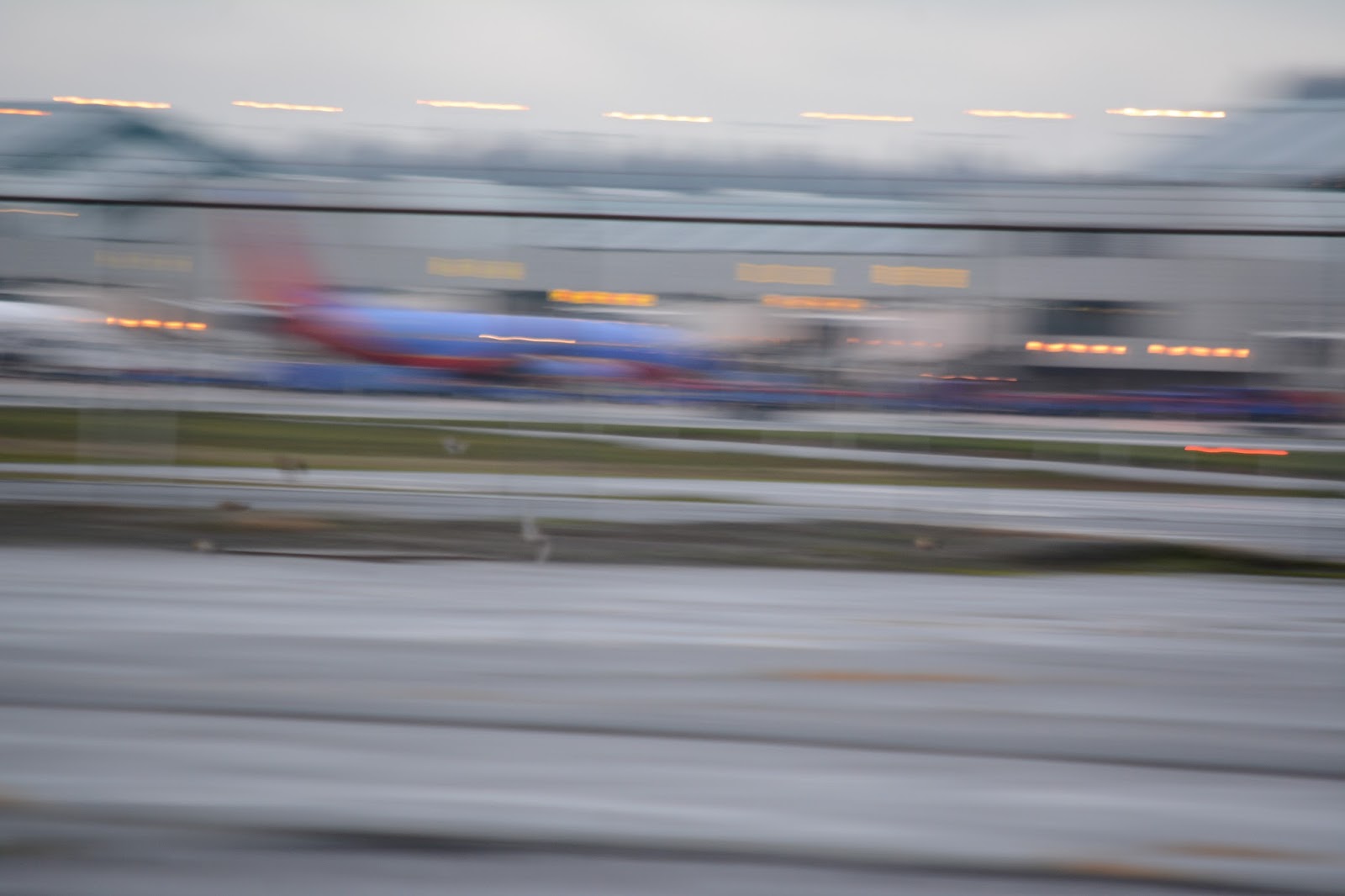 So you see the larks, right?  They were kind of on edge, and after accidentally flushing them once I chose to stay back, take some terrible photos, and leave them be. 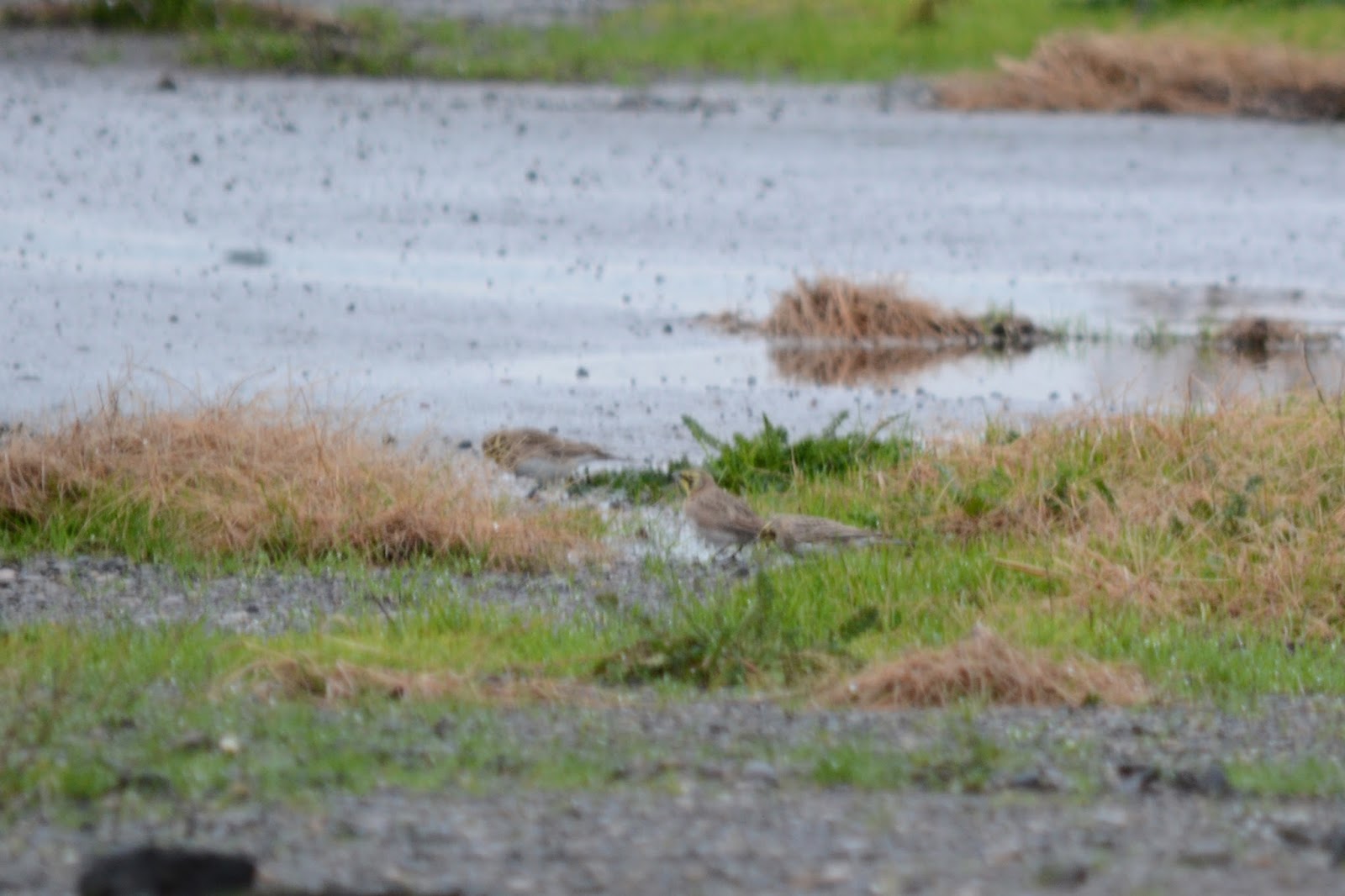 For the record, I planned to return later and take better photos so as not to embarrass myself, but never did.  Oh well.  From the fire station I drove out to Sauvie Island where I spent the rest of the morning.  I immediately had some annoyingly quiet swans fly overhead along Multnomah Channel. 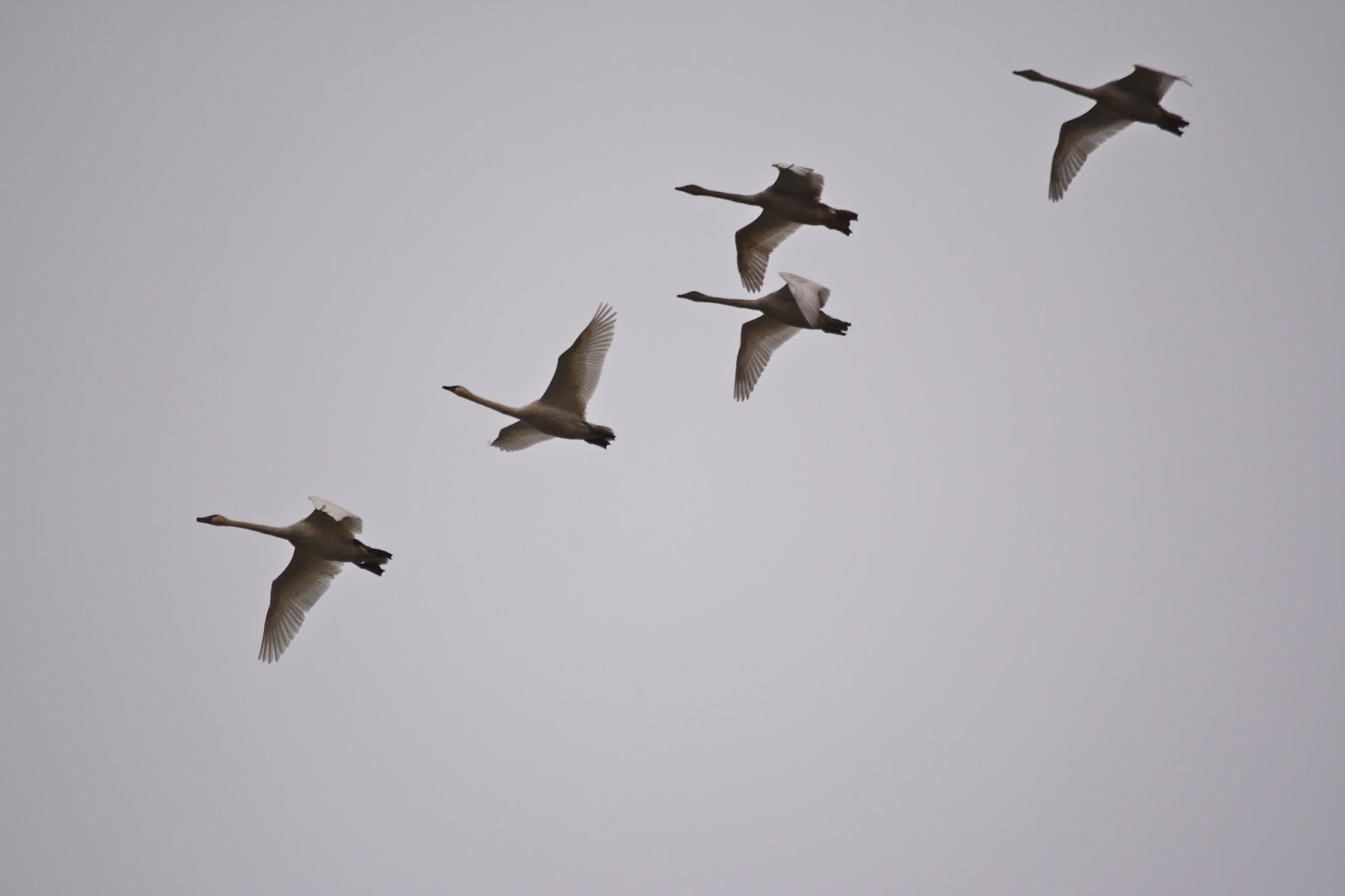 Without hearing them I wasn't ready to say for sure whether they were Tundra or Trumpeter, so I drove on to Oak Island Road.  A Peregrine Falcon kept an eye on me while I wandered up and down waiting for the white beasts to fly over. 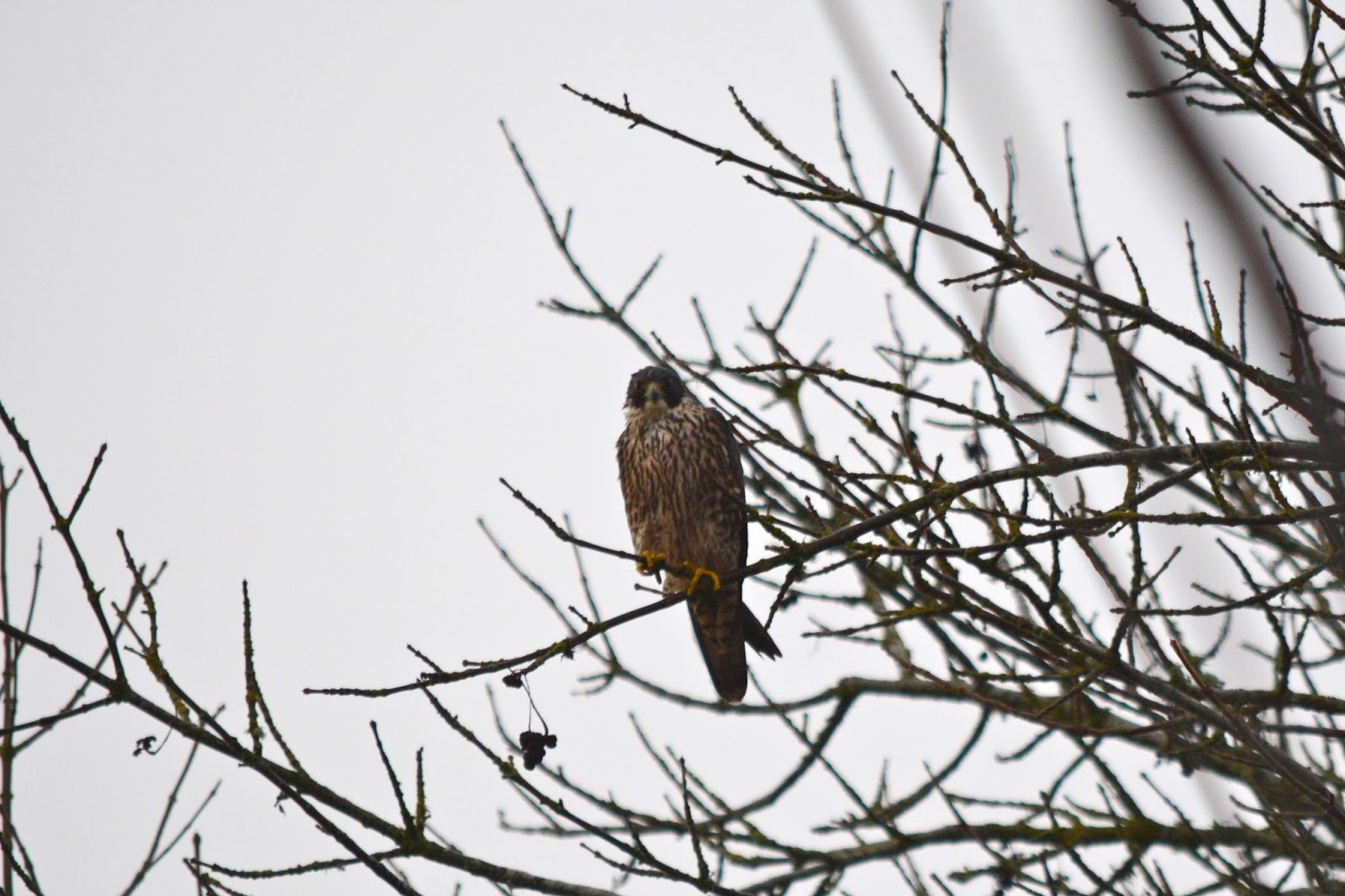 Finally I caught sight of two swans flying by, and after demanding they vocalize, they did!  That amazing and brilliant sound of Trumpeters...  Not my target Tundras but I couldn't even be upset.  I just love that sound so much. 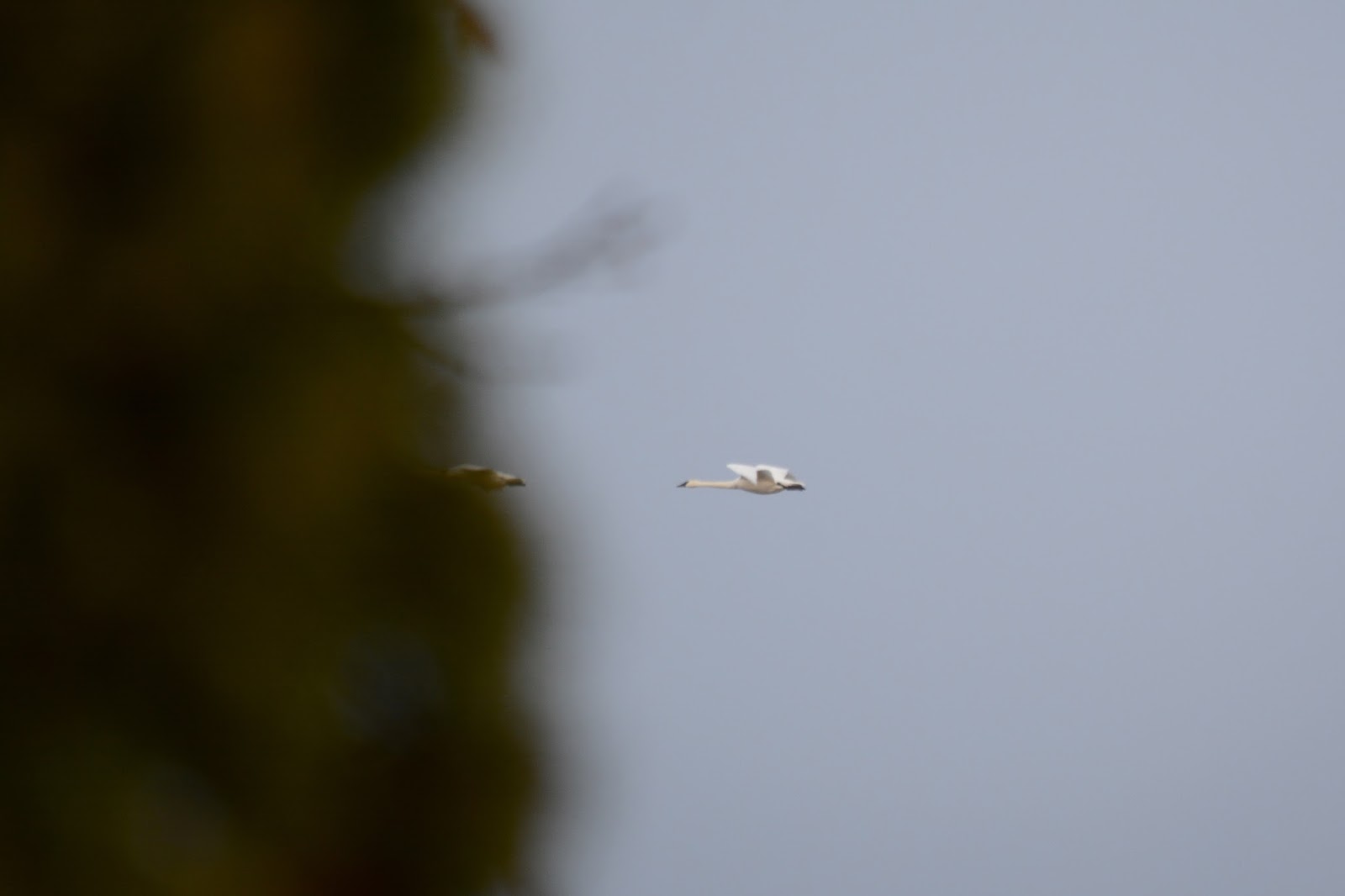 I was walking back to the car defeated when a hawk flew by that looked interesting.  It landed in a tree and I could see that it was a Harlan's Red-tailed- perhaps my first in the county. 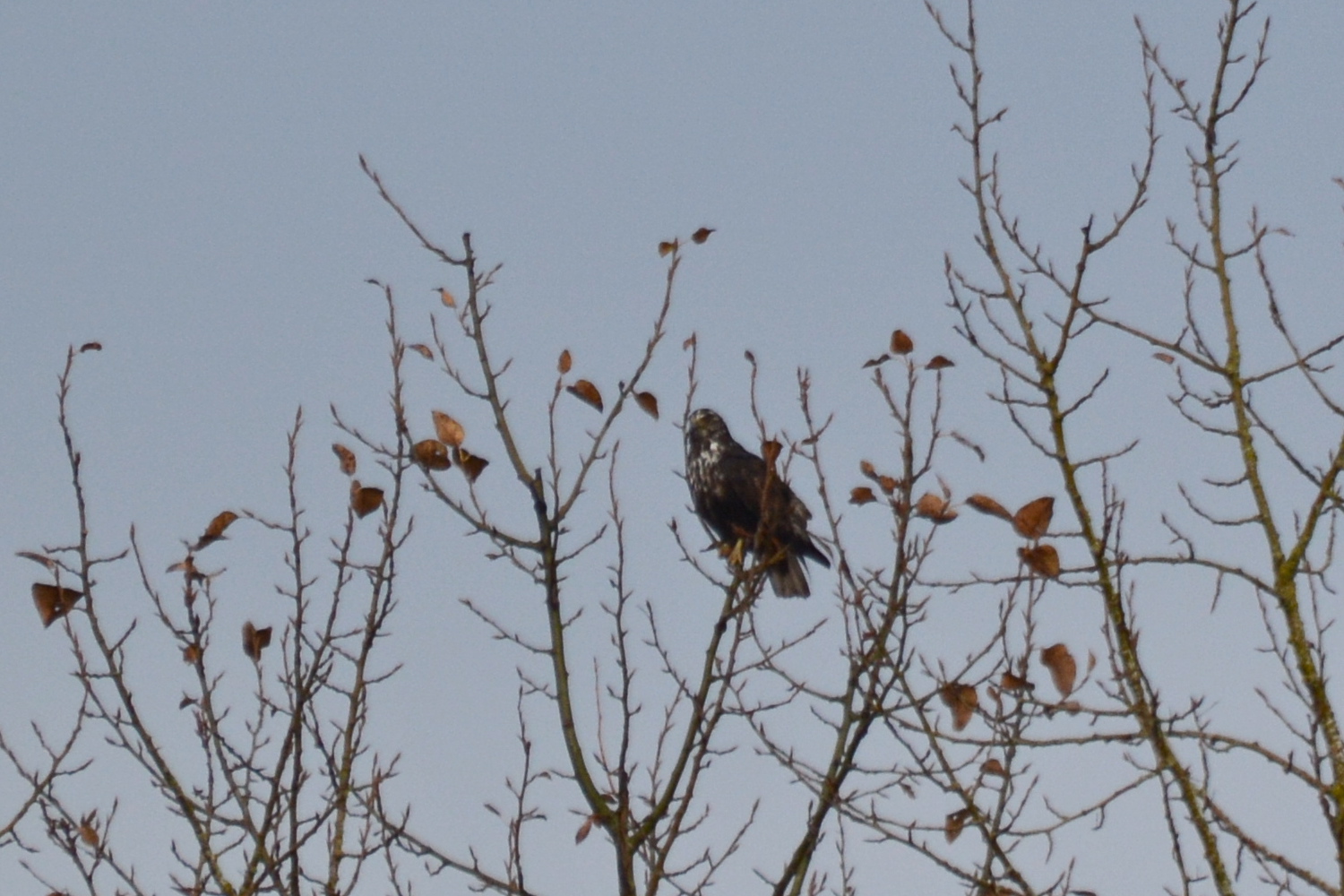 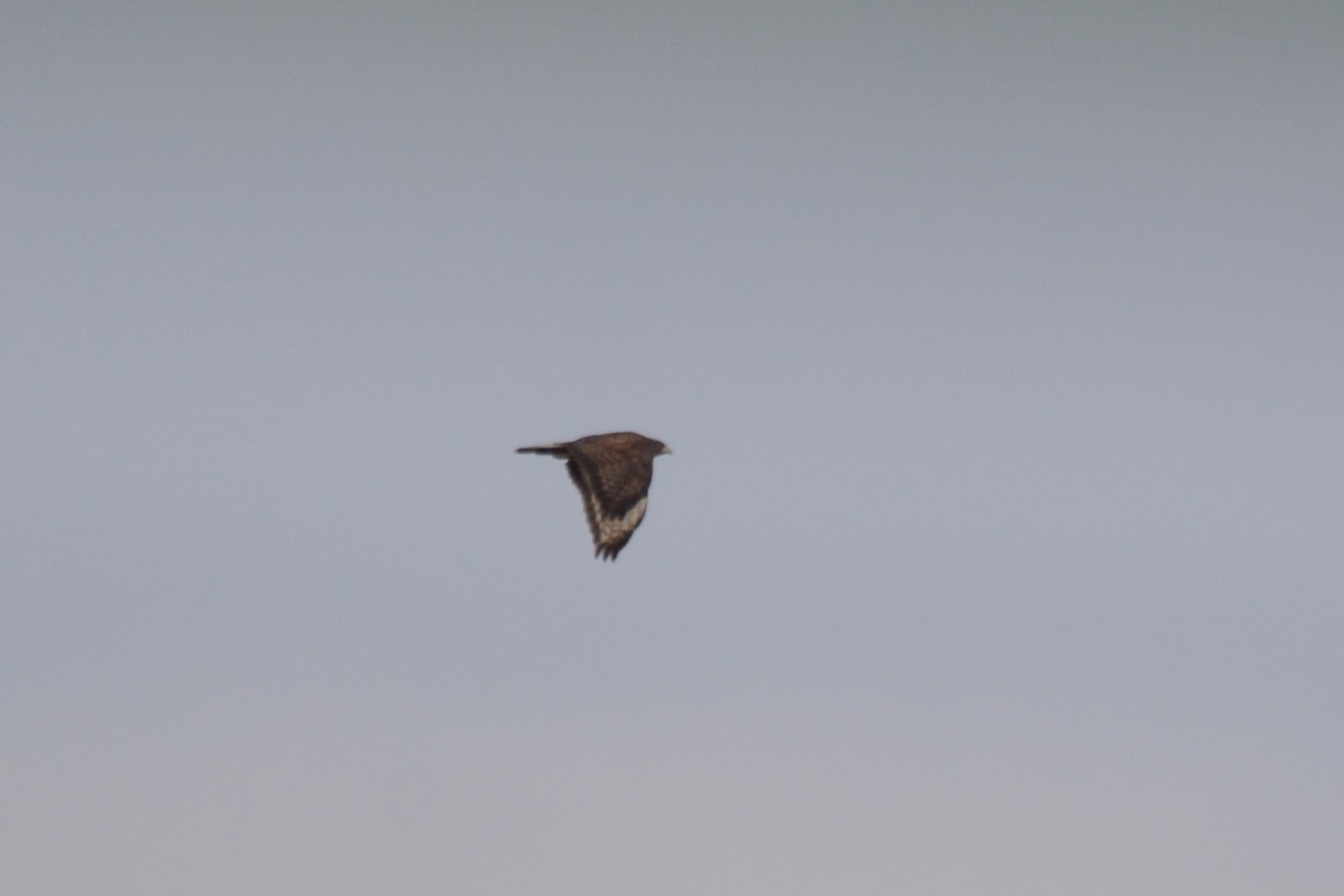 The sun came out as I left Oak Island Road and headed towards Coon Point, stopping briefly to admire a rainbow. 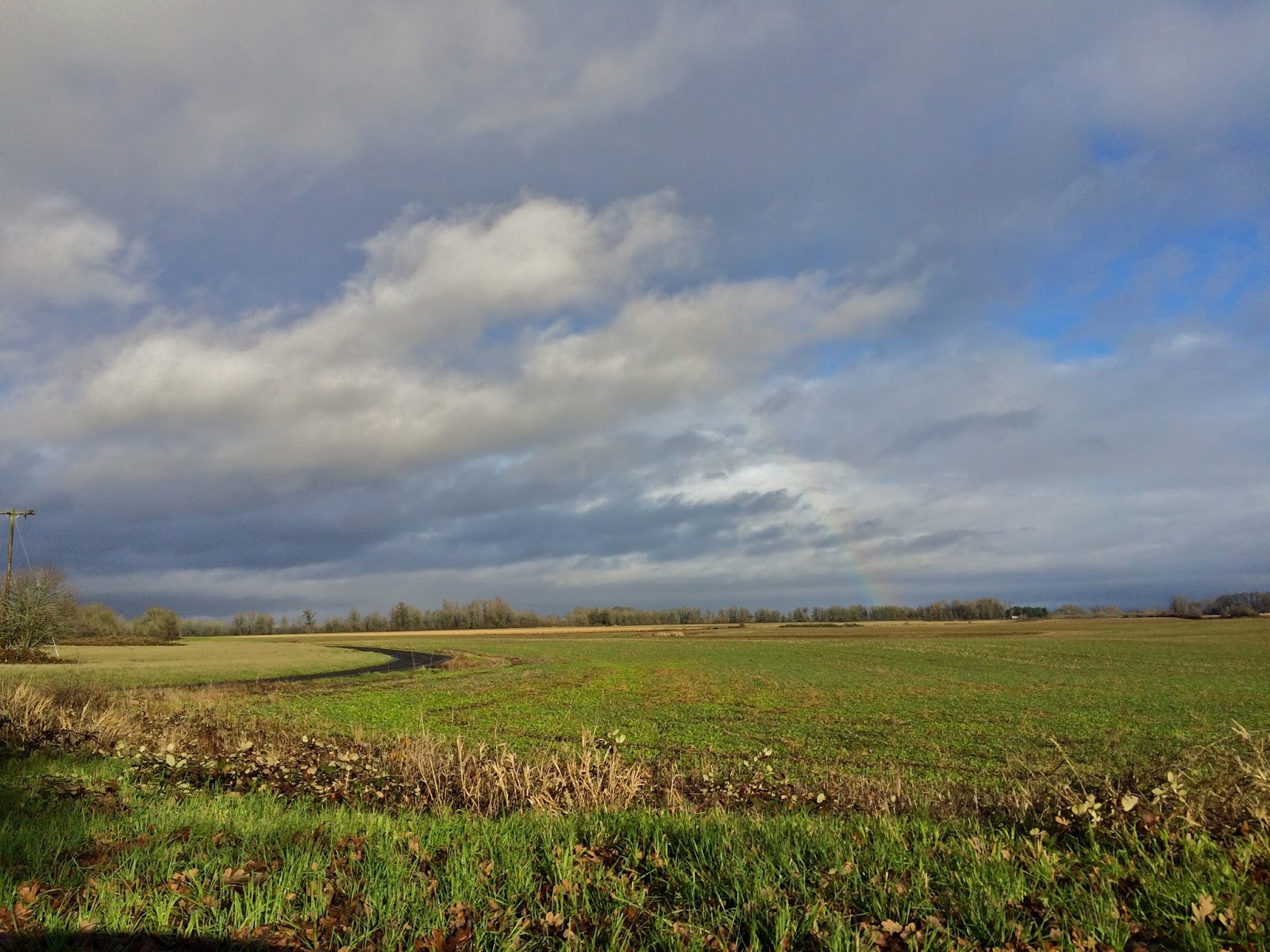 At Coon Point I found exactly the swan party I was hoping for, though a bit far out for my taste.  Thankfully several pairs and trios abandoned the party to fly a bit closer, none making that lovely trumpet sound to my relief. 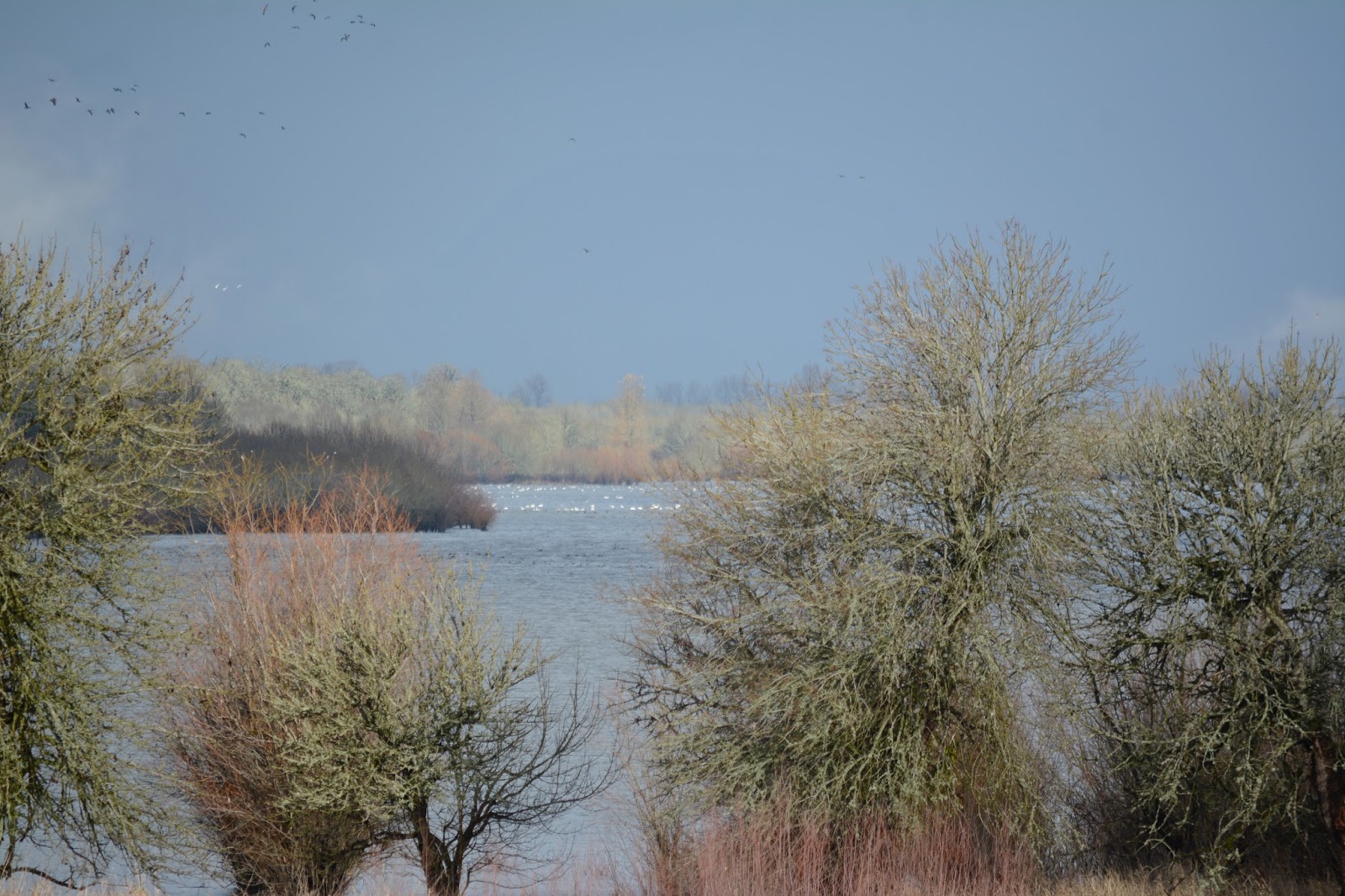 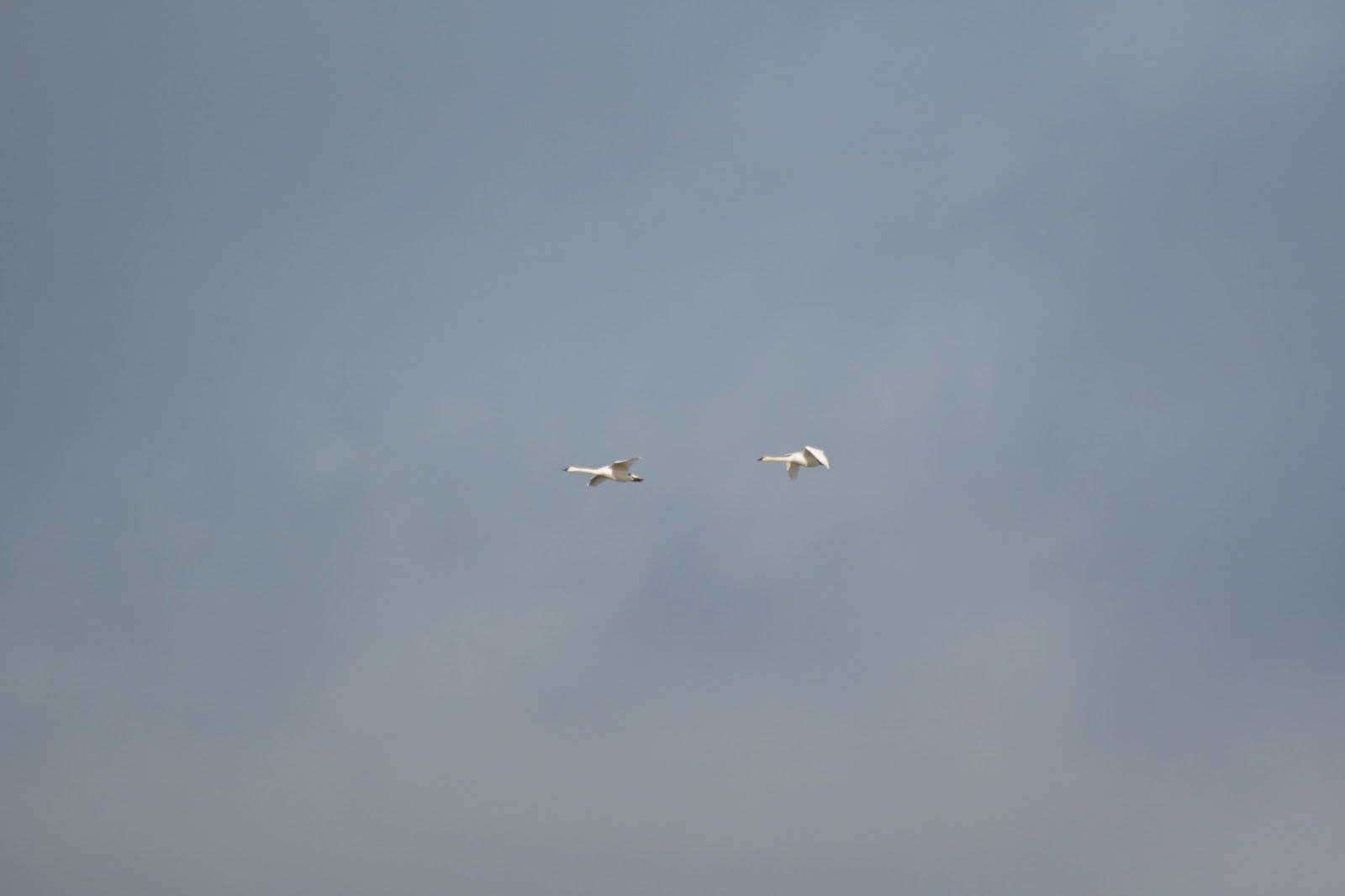 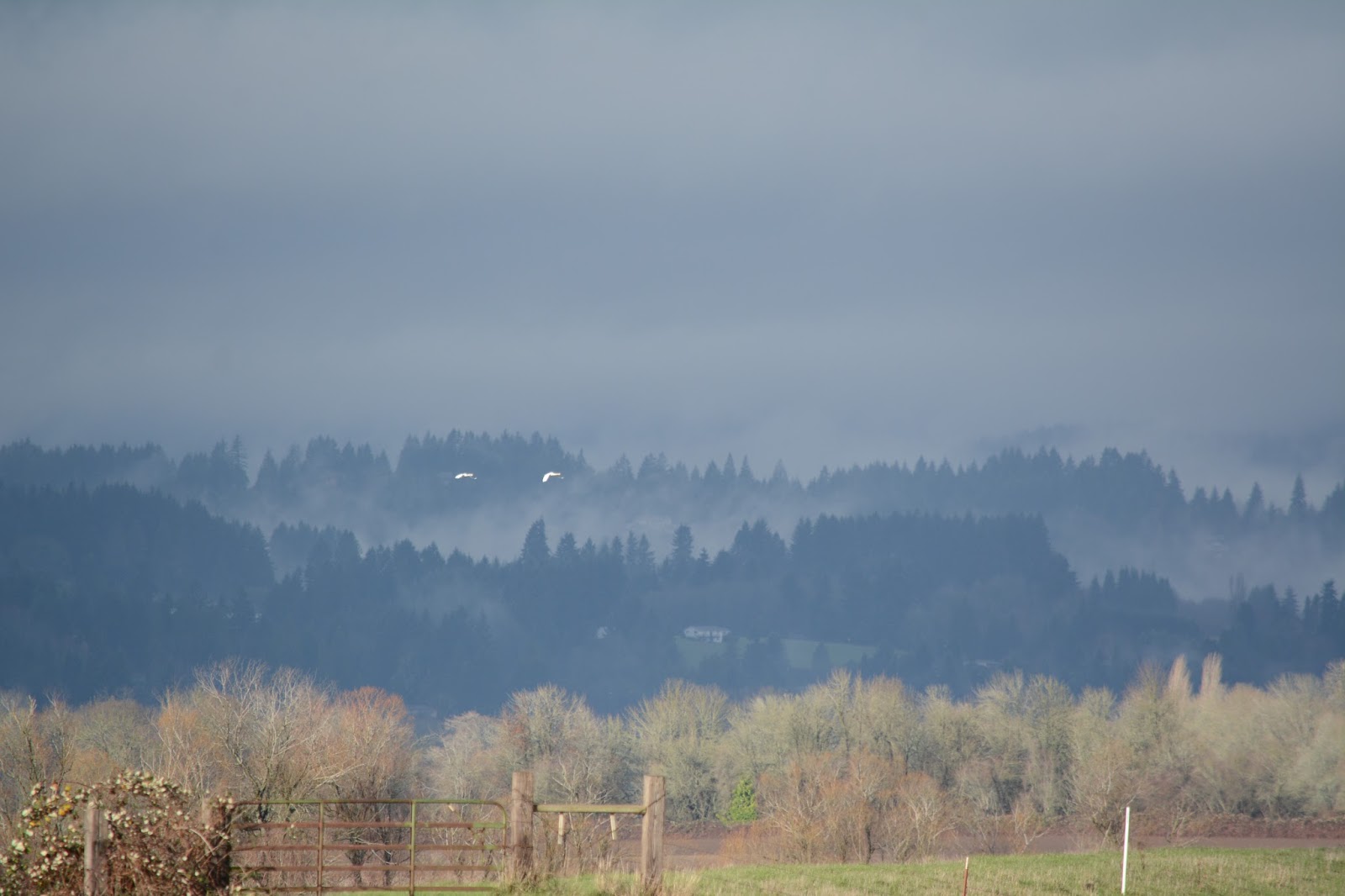 Sauvie Island is good for nothing if not Bald Eagles and Sandhill Cranes. 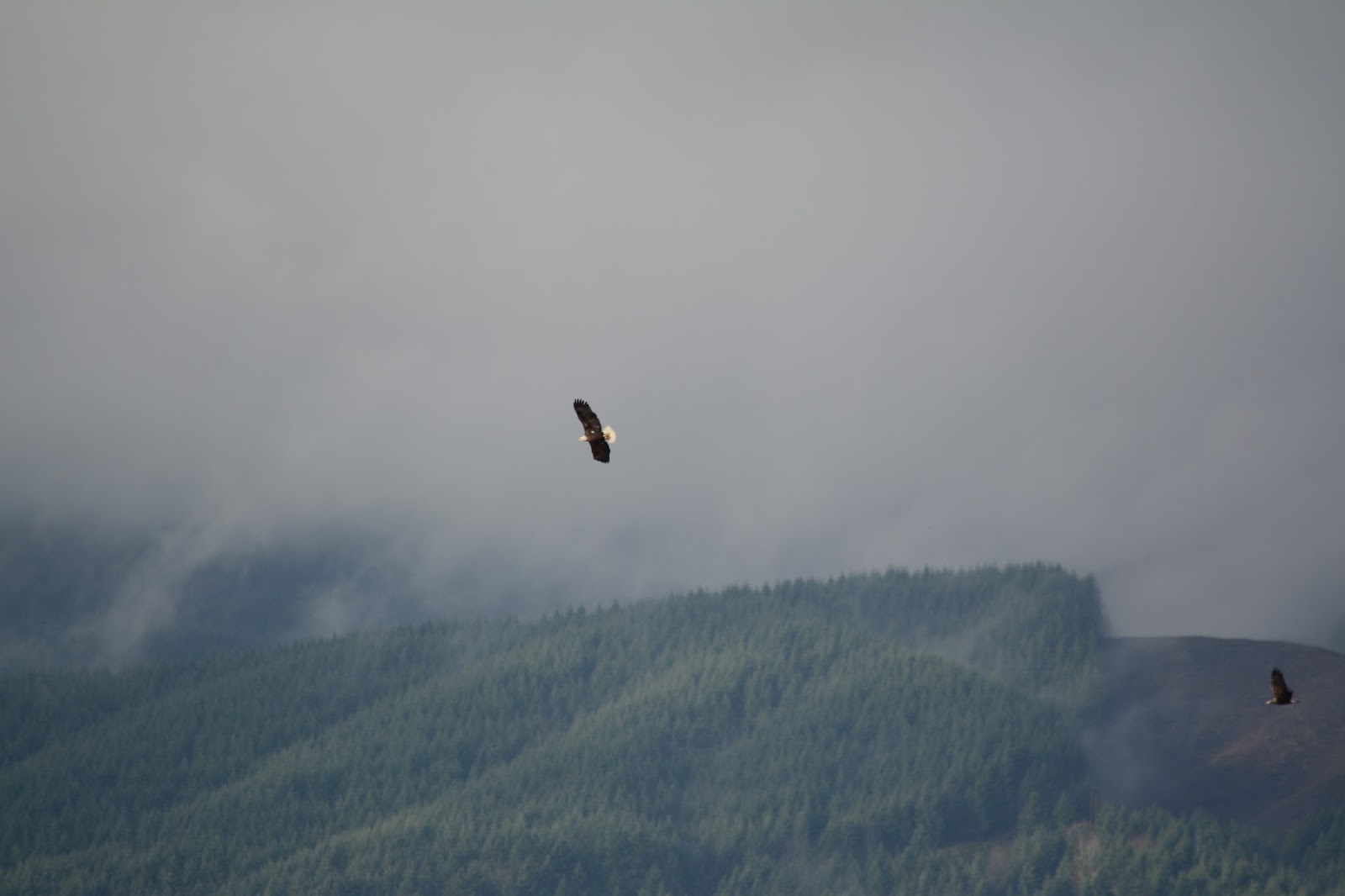 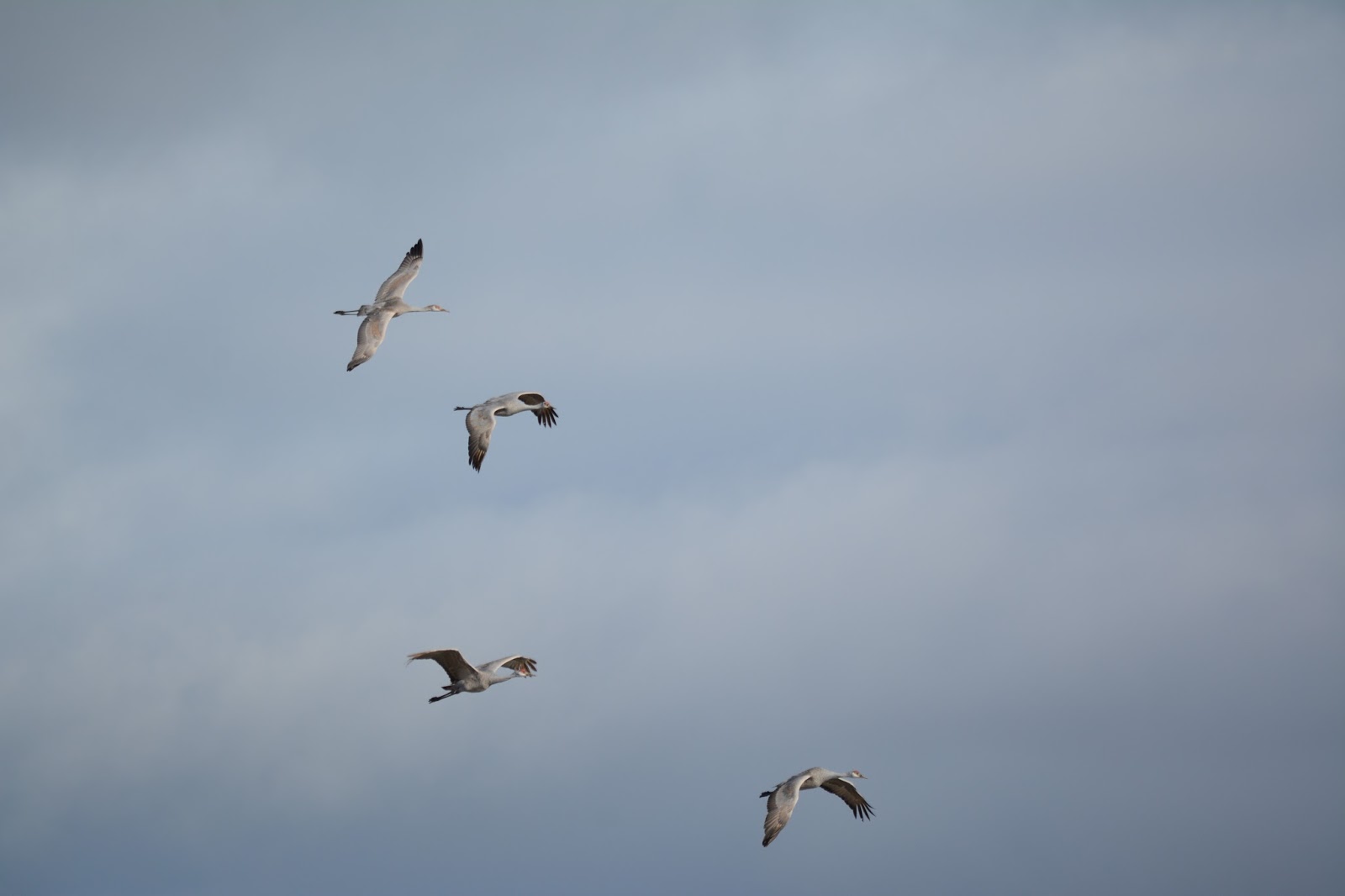 I drove all over the Multnomah side of Sauvie Island in search of California Quails.  This is not a bird I have ever looked for before and I was completely unsuccessful.  During my travels I searched various blackbird flocks for rare cousins like Rustys and Tricoloreds, or even an off-season Yellow-headed, but came up empty. 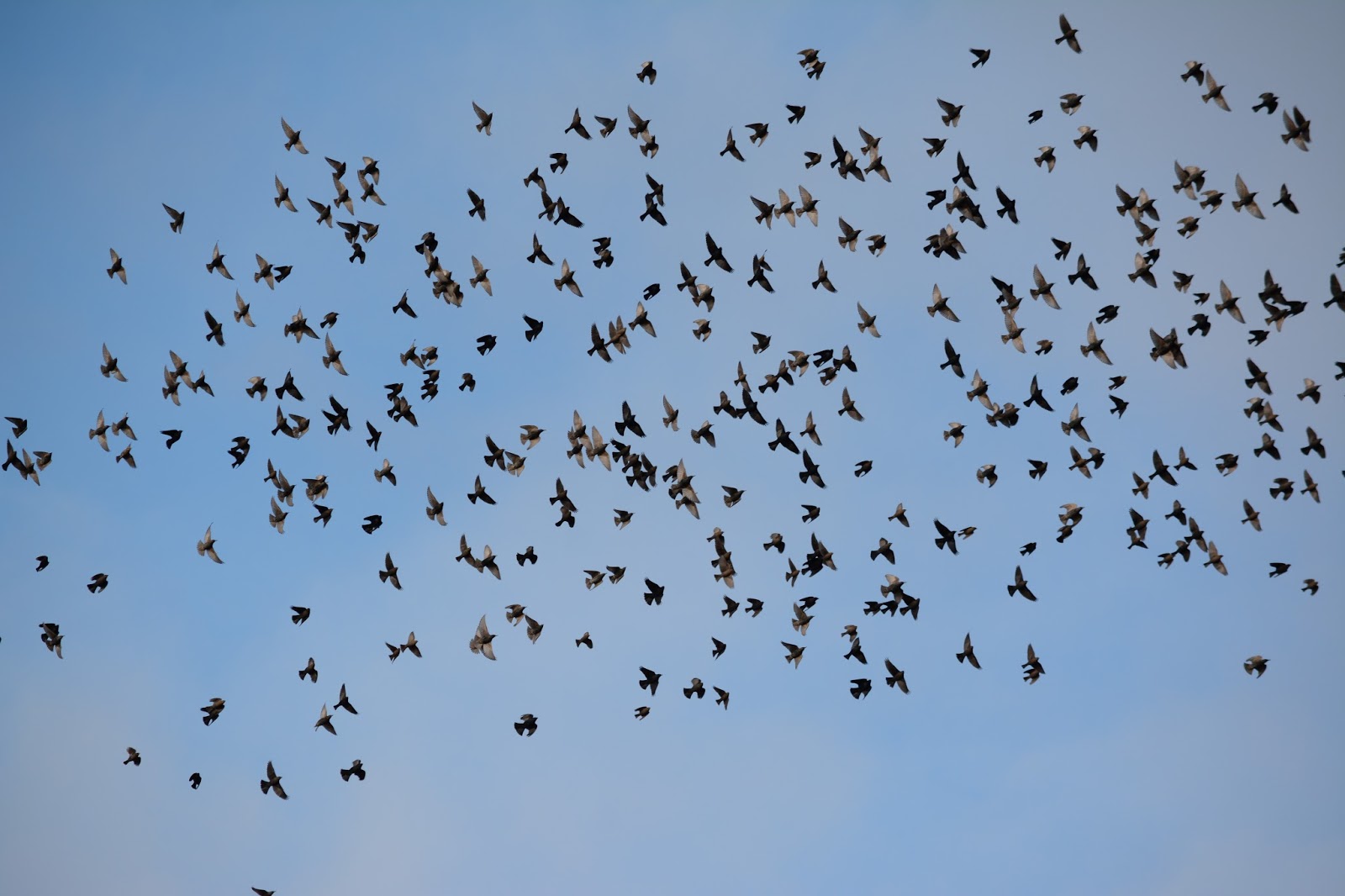 I left Sauvie Island around noon, drove through St Johns to pick up a sandwich at Brass Tacks, passed a congregation of Santas by the Paul Bunyan statue in Kenton, and parked at Force Lake to eat. 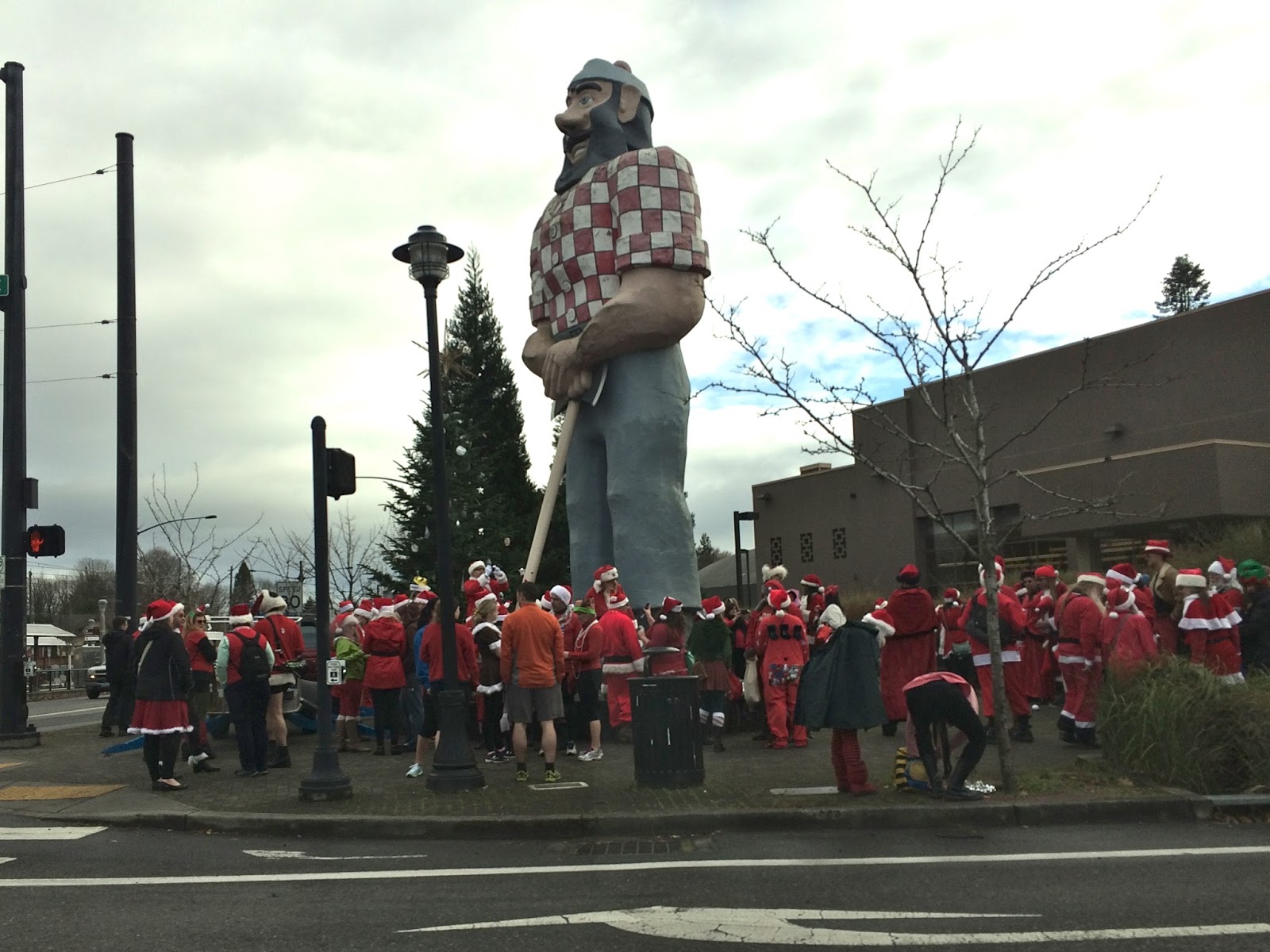 A Great Egret decided I needed a lunchtime companion and repeatedly came to land near my car as I devoured my faux salami sammy. 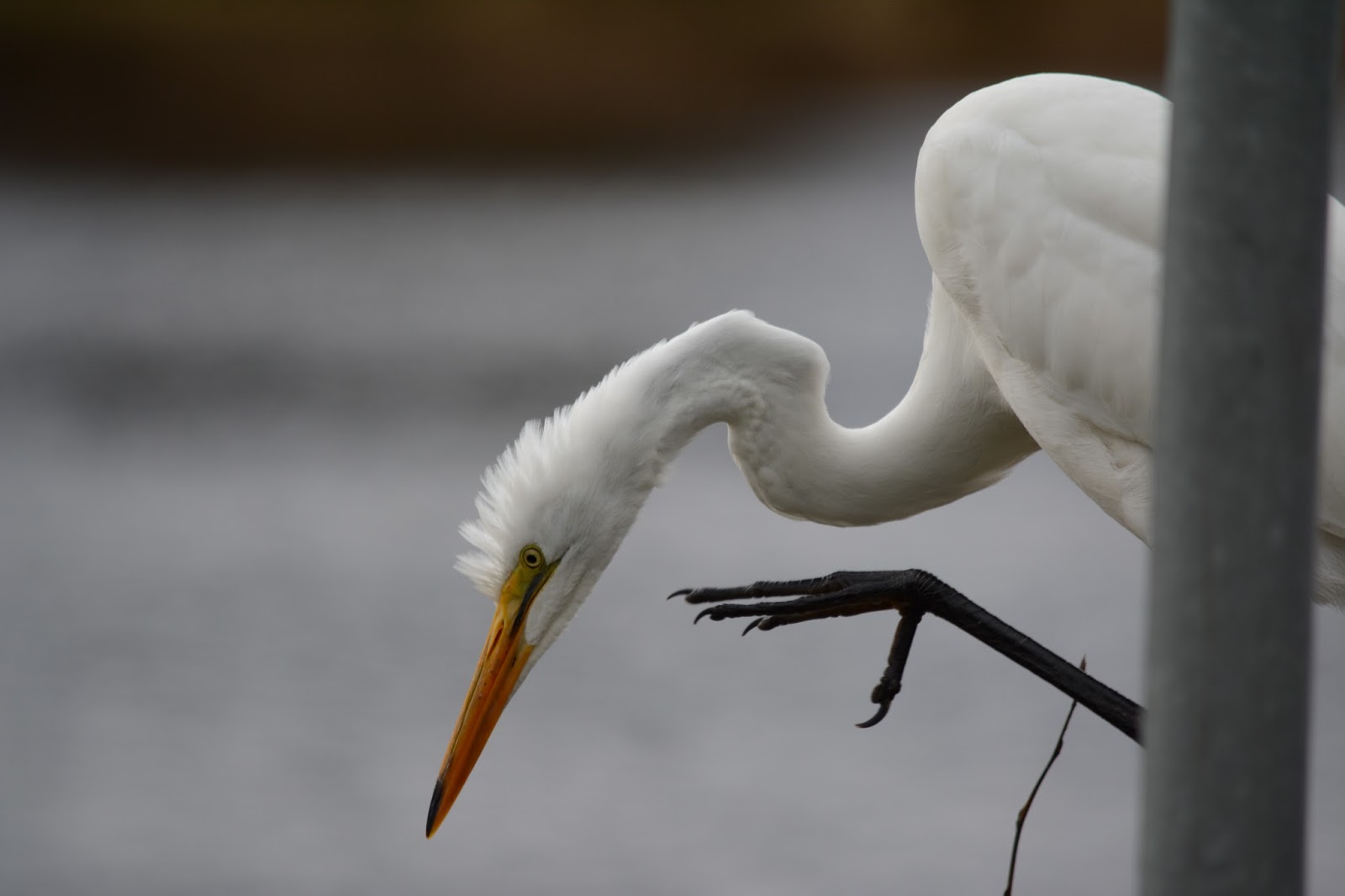 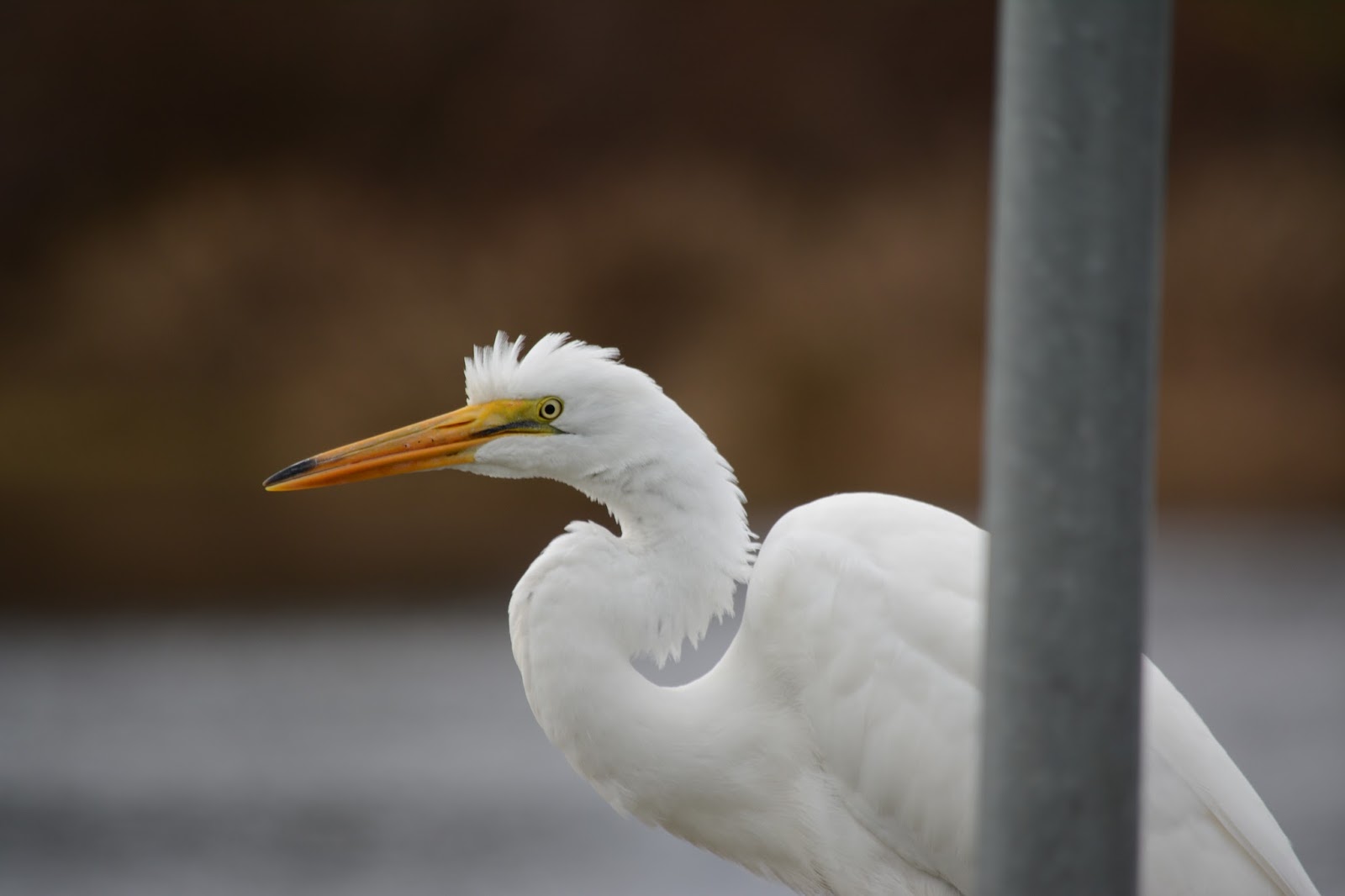 After lunch I decided to focus on Purple Finch at Smith & Bybee Lakes. 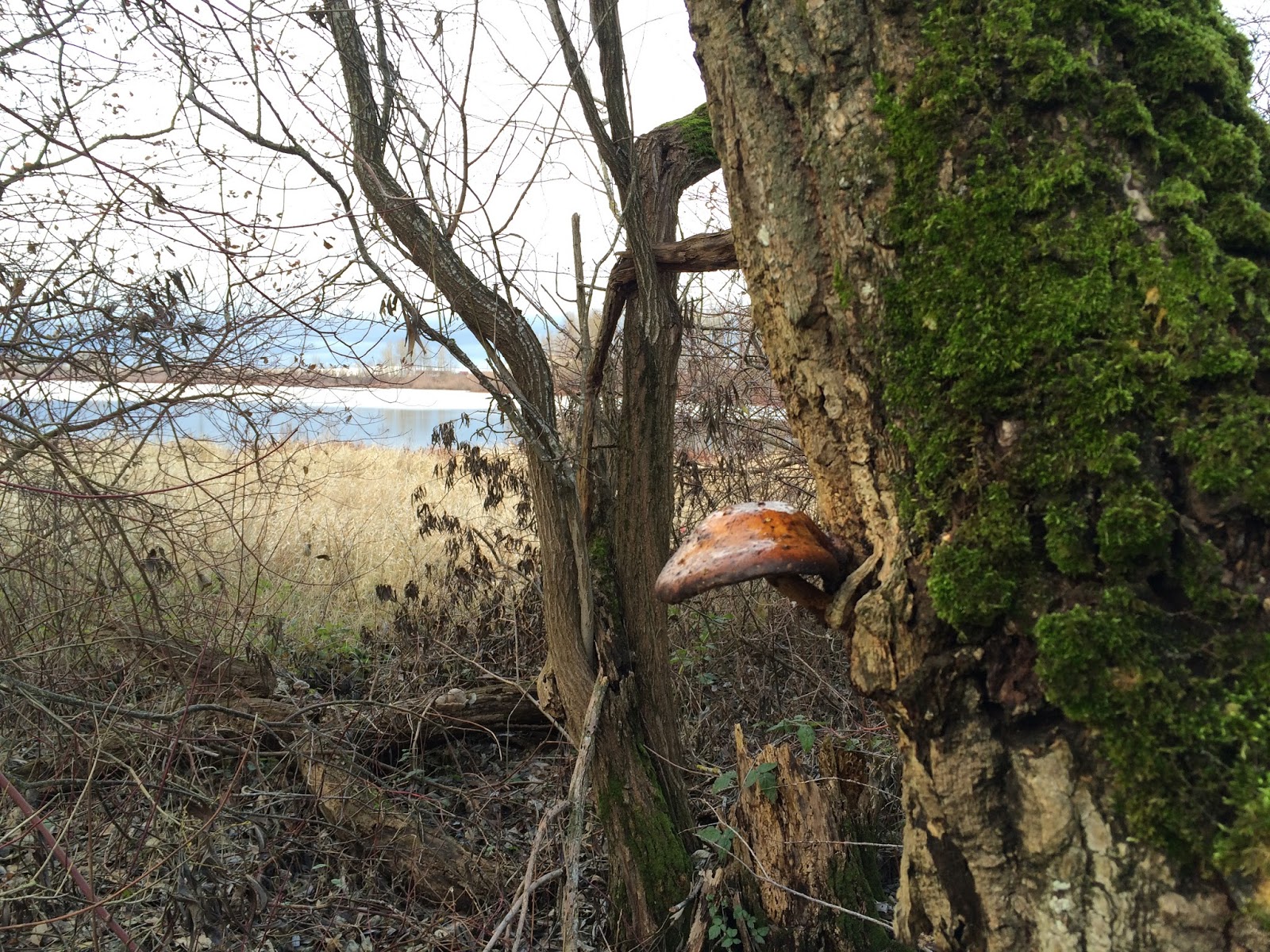 I never found any.  The local Red-shouldered Hawk was present, though, which is always a good bird. 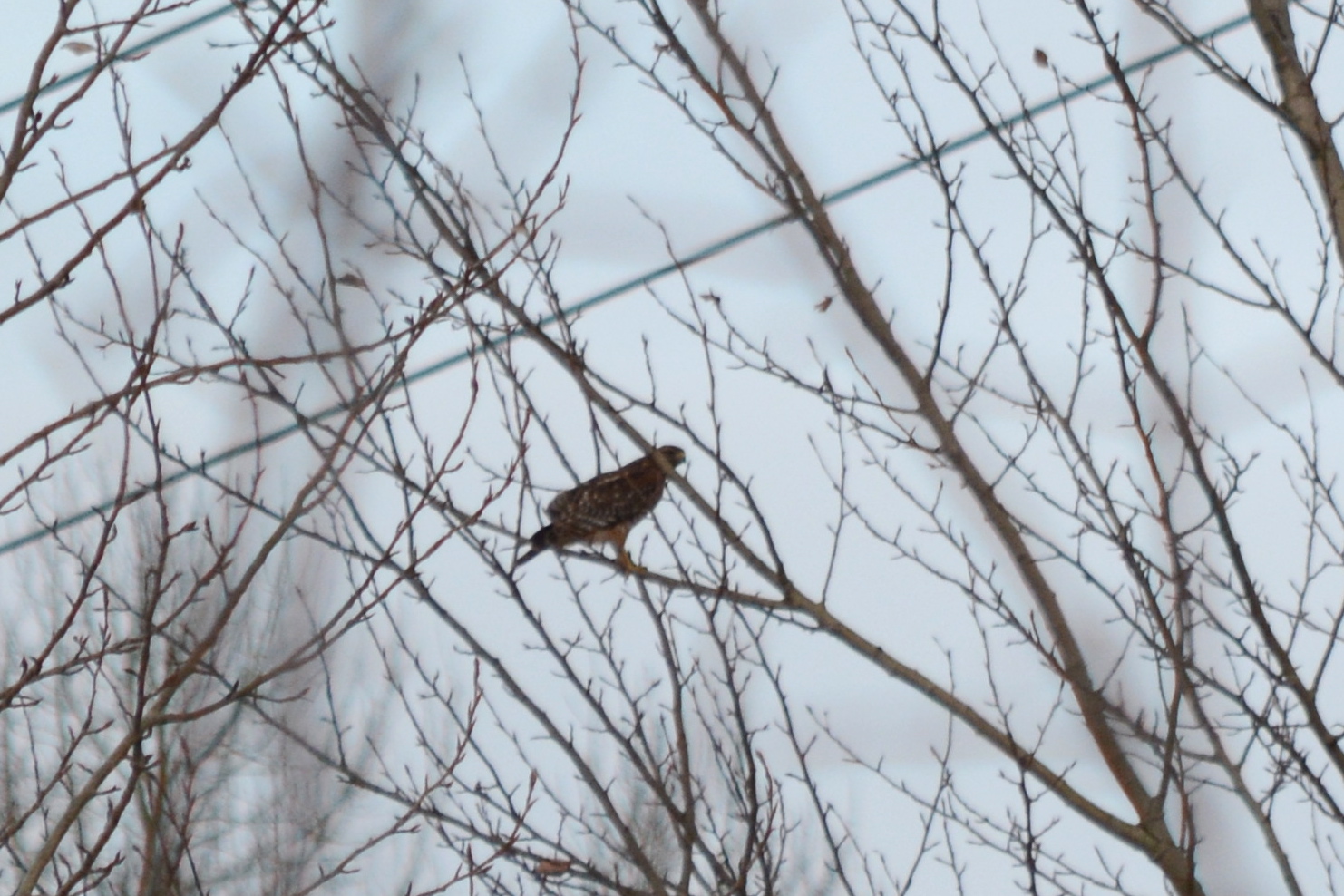 And another Bald Eagle... 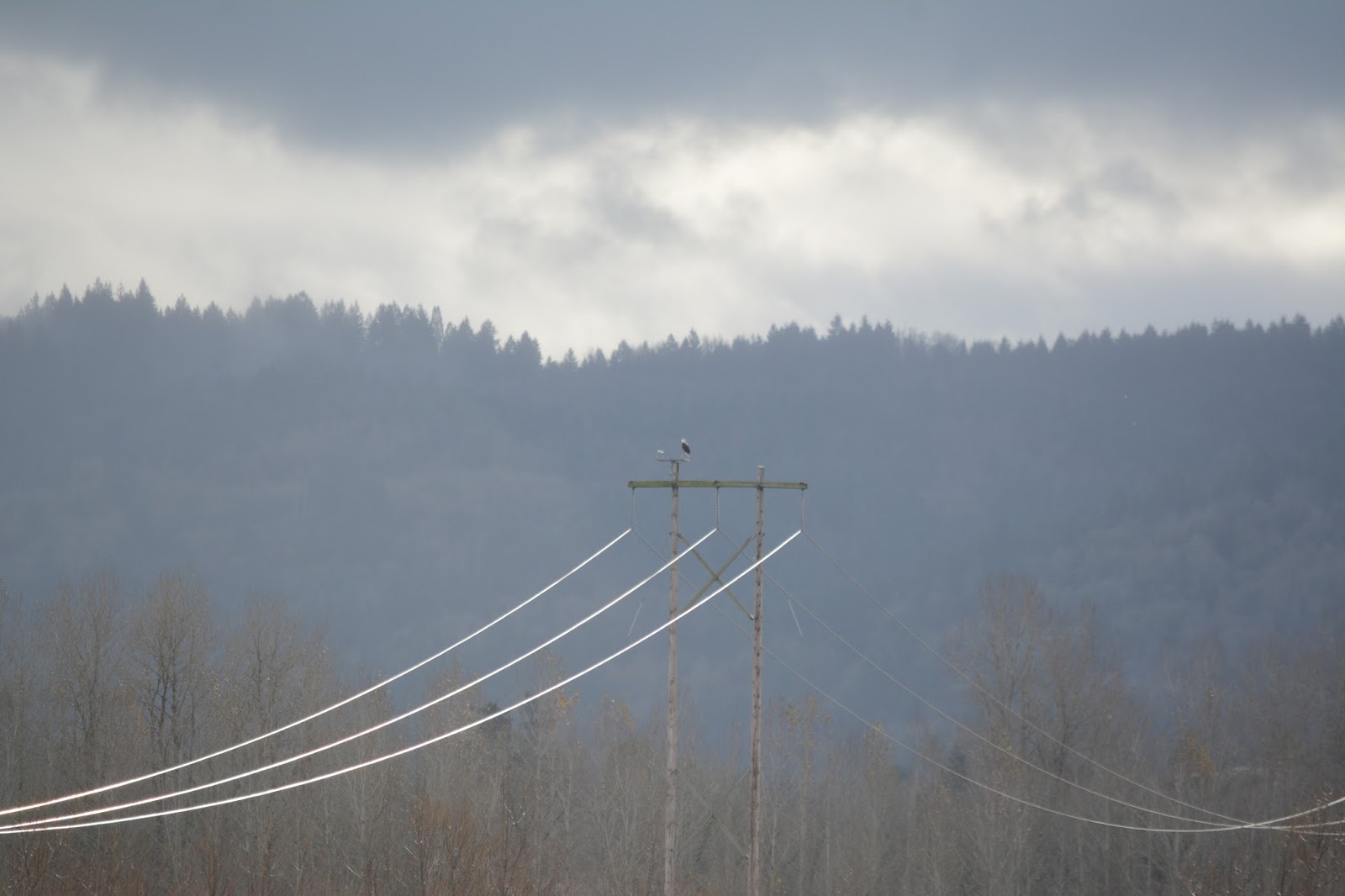 Someone had placed an eggshell on a beaver-chewed log that I'm curious about.  It was fairly large- maybe backyard chicken egg-sized.  Any ideas?  I know nothing about egg identification. 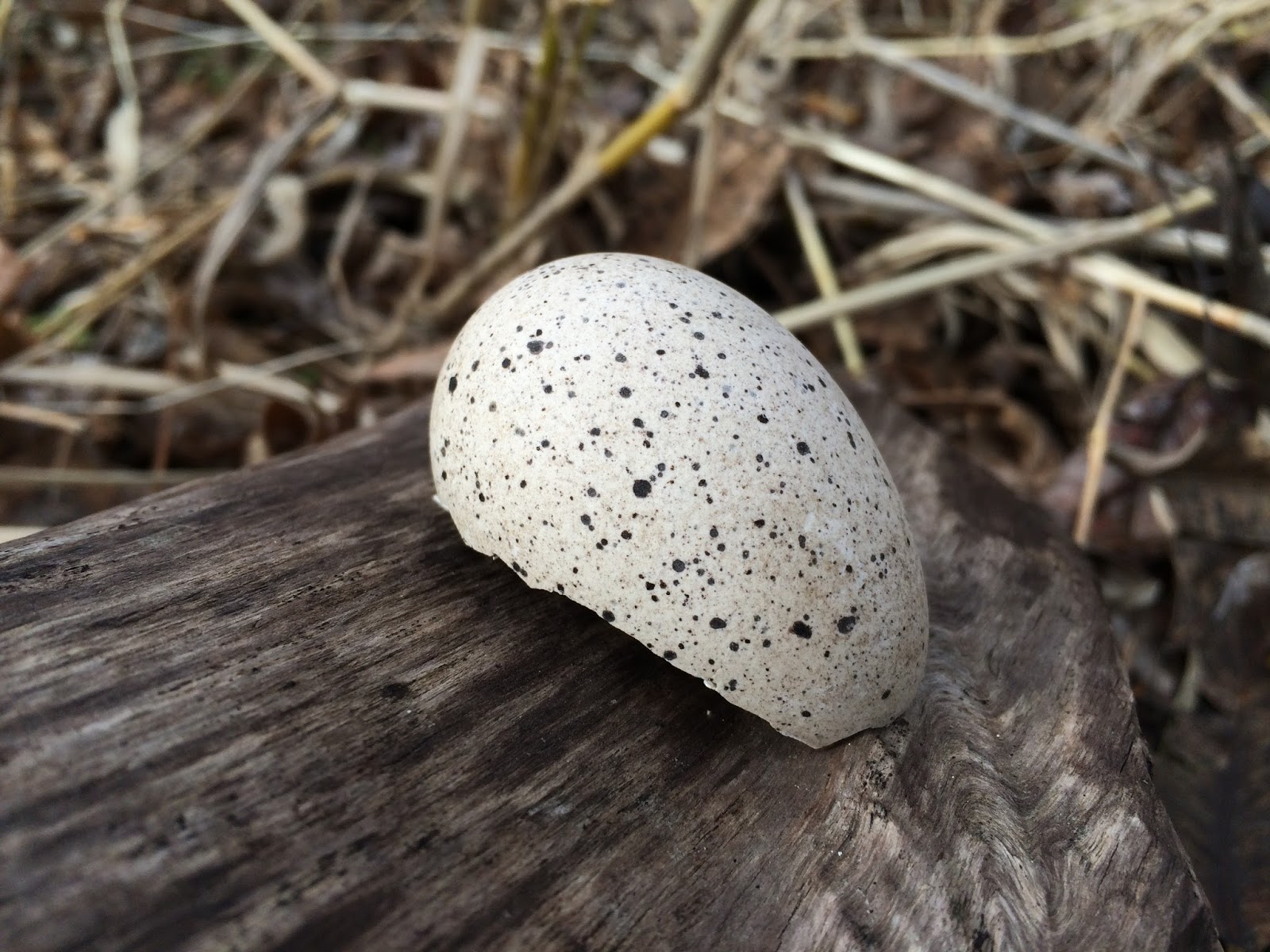 By 3 I was leaving Smith and Bybee to head east to a random spot in Troutdale where I once saw two California Quail.  It's close to the Sandy River and this abandoned house that really set the mood: 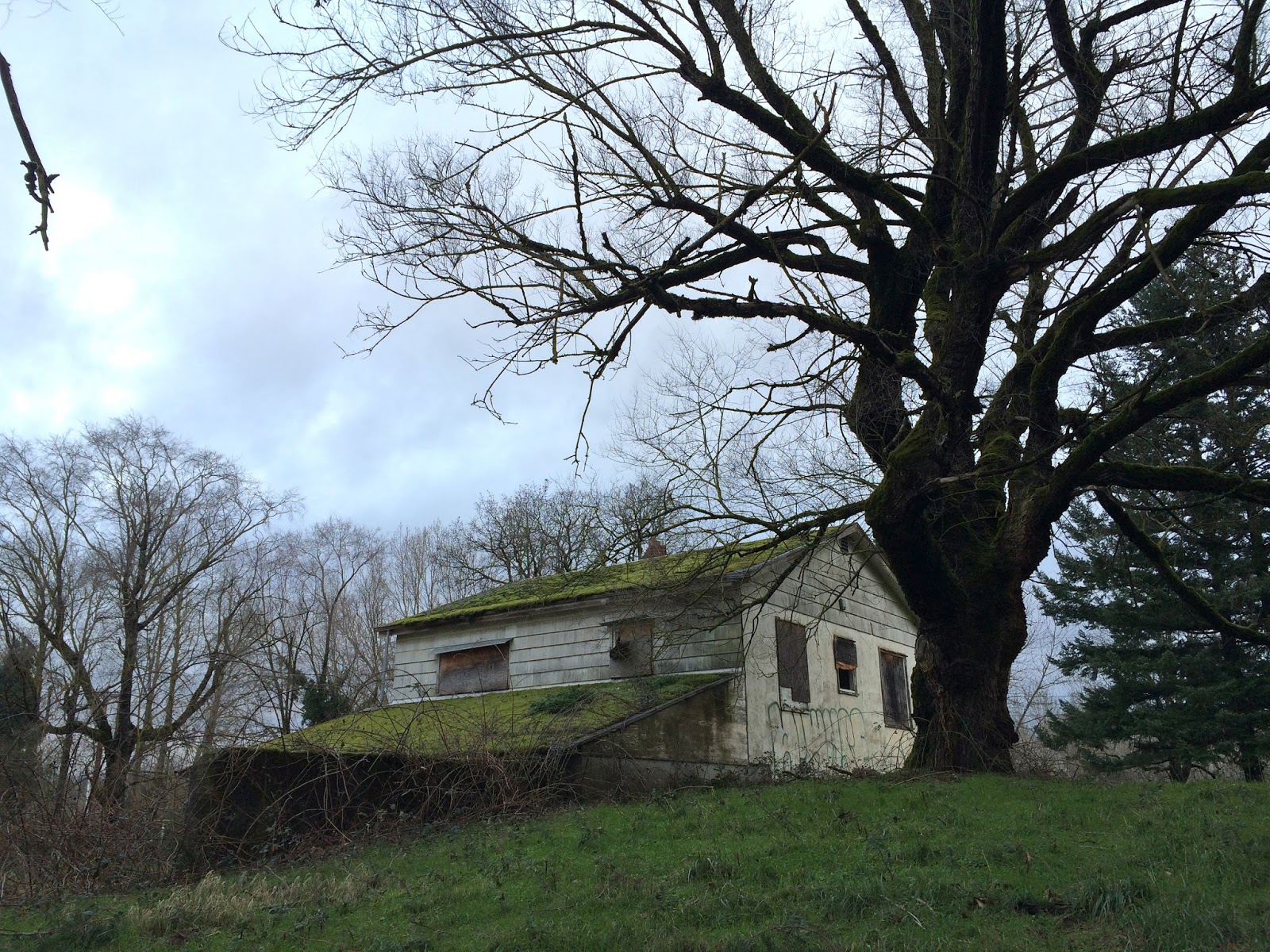 Nada.  I made one last attempt near a pumpkin field near Blue Lake where there were some old eBird reports before calling it a day around 4:30.  I had found three of the five birds.

Nate had also found three of his five birds.  This meant the tiebreaker rule went into effect, which was whoever found the rarer bird (according to eBird) won the challenge.  Early in the morning I got word that Nate had found a Pyrrhuloxia which is a good bird where he lives.  My best finds were the Harlan's, the Red-shouldered, and a Wilson's Snipe, none of which measured up unfortunately.

So now I'm supposed to write about how awesome Nate is and how much of a terrible loser and birder I am, as part of my punishment for losing.  Steve's idea.  Nate is obviously a far superior birder, shown by his unwavering attention to birds during September's pelagic trip in CA. 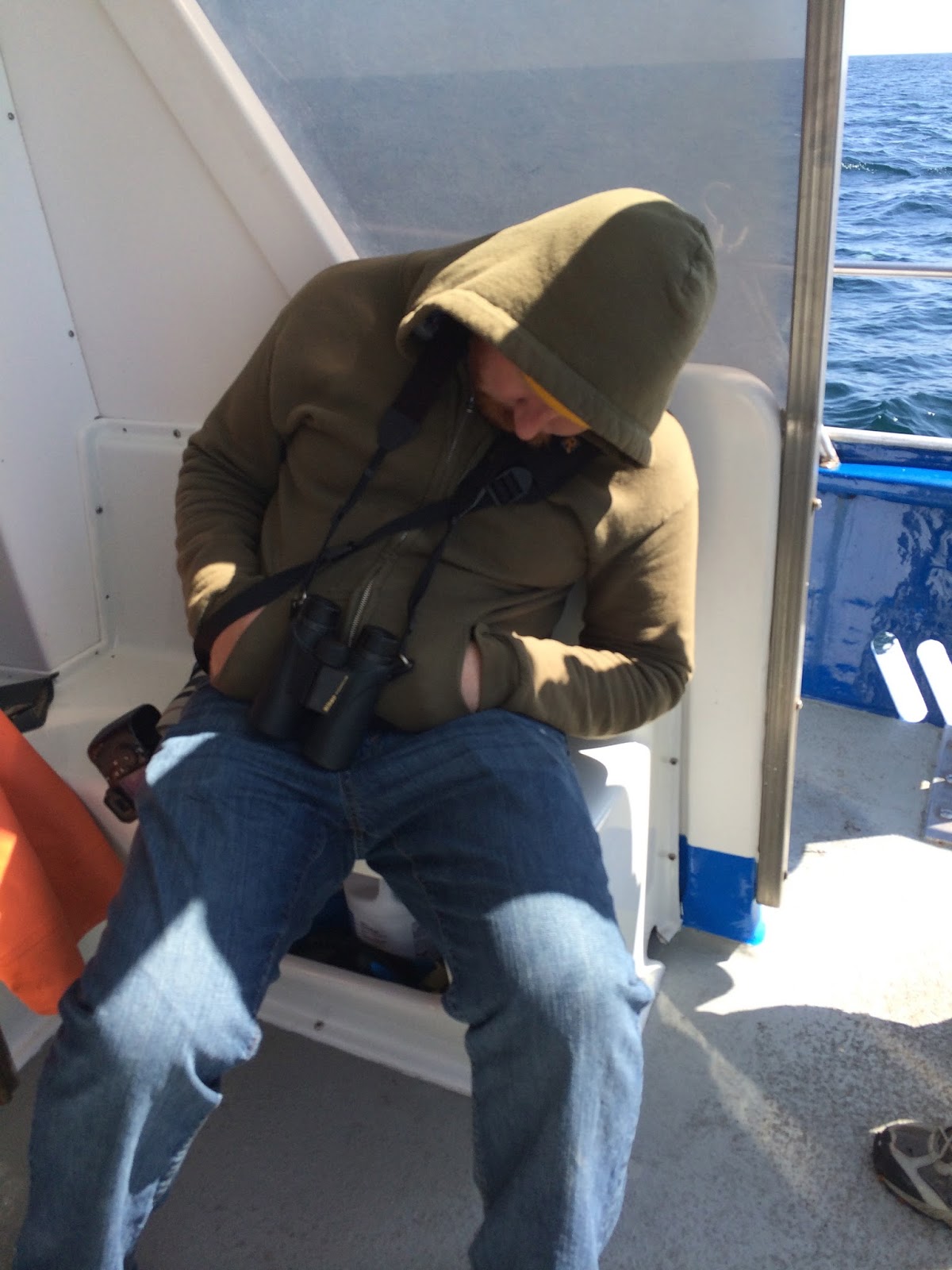 I kid, I kid.  Everyone was asleep at this point including Laurence and Steve.  Except for me, of course.  Only terrible birders stay awake on pelagics.

Ok, in complete seriousness, Nathan is a fine fellow with a winning combination of sarcasm, birding abilities, more sarcasm, and a Jawbreaker tattoo.  How can you go wrong with these things in your arsenal?  Oh right, with a mustache, but I hear that has been shaved.  I am honored to call him my ATX BFF.  Though I've never called him that.  But I will start.  Good game, Nate, good game. 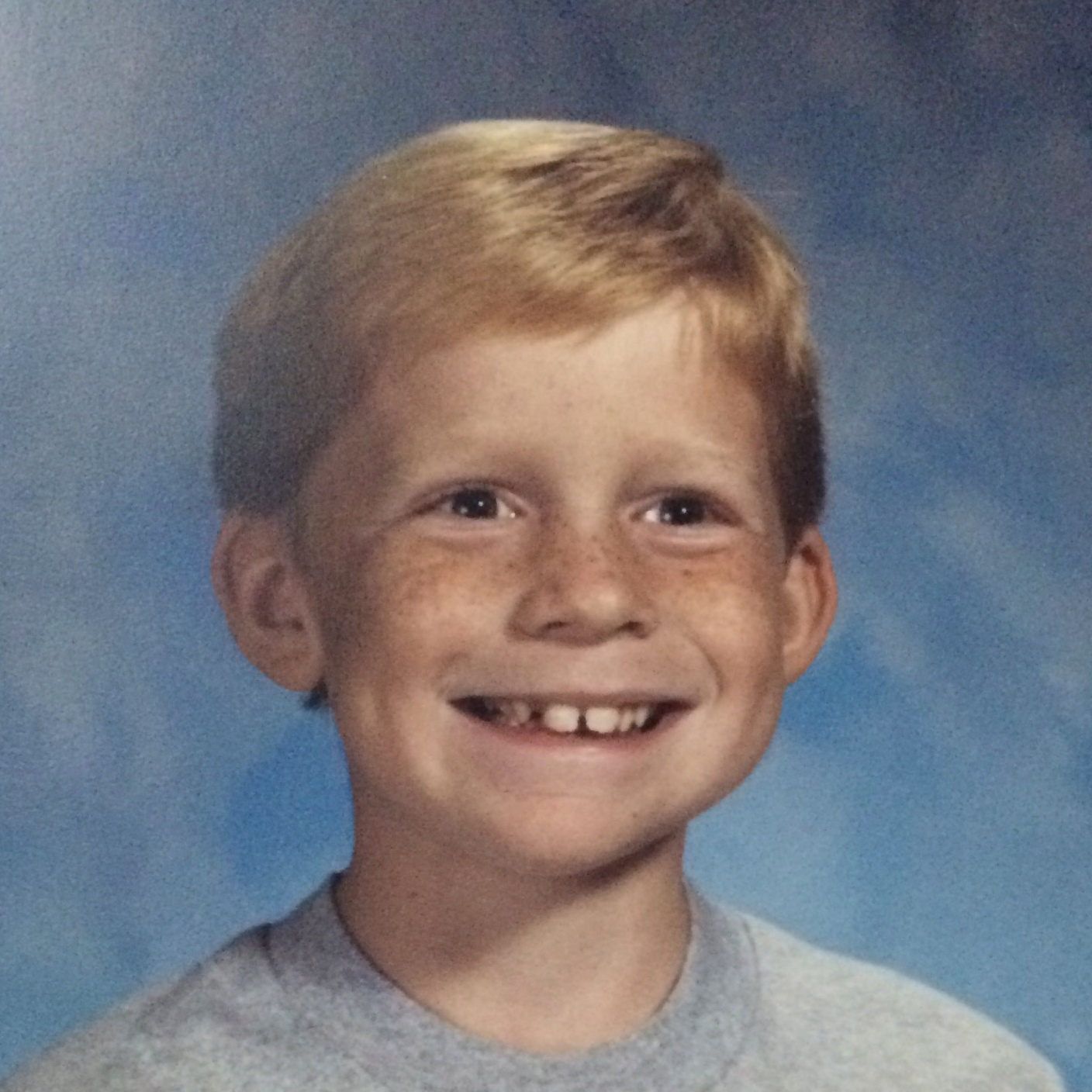 Because seeing this photo only once is not enough.