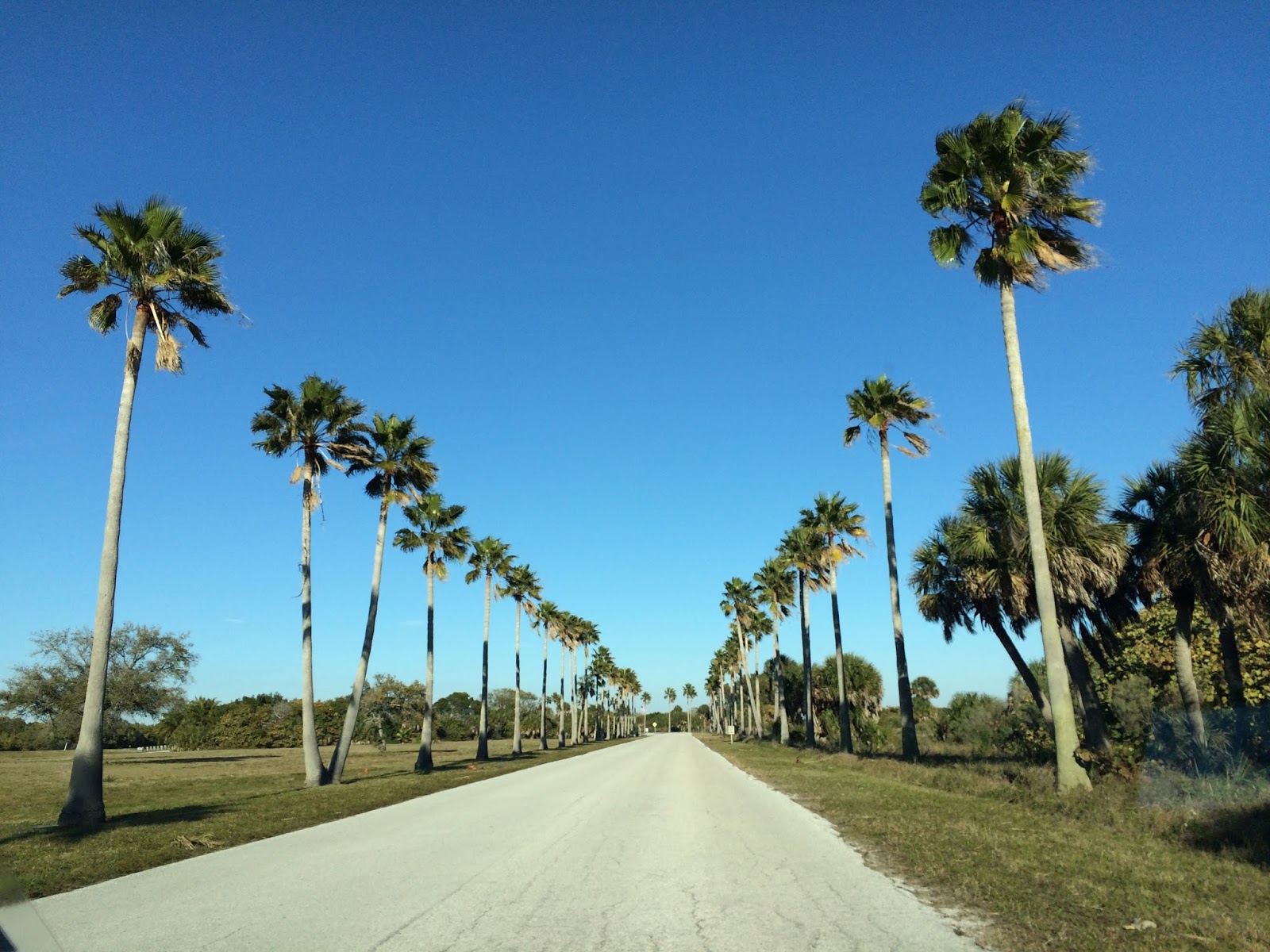 Fort de Soto Park.  This series of islands on the Gulf Coast is jam-backed with seriously rad birds.  So many birds I visited three times while I was in Florida despite the $5 entrance fee.  The first time was to meet up with my brother and his family when I first arrived, but since they were running late I had time to check out the beach for a little bit. 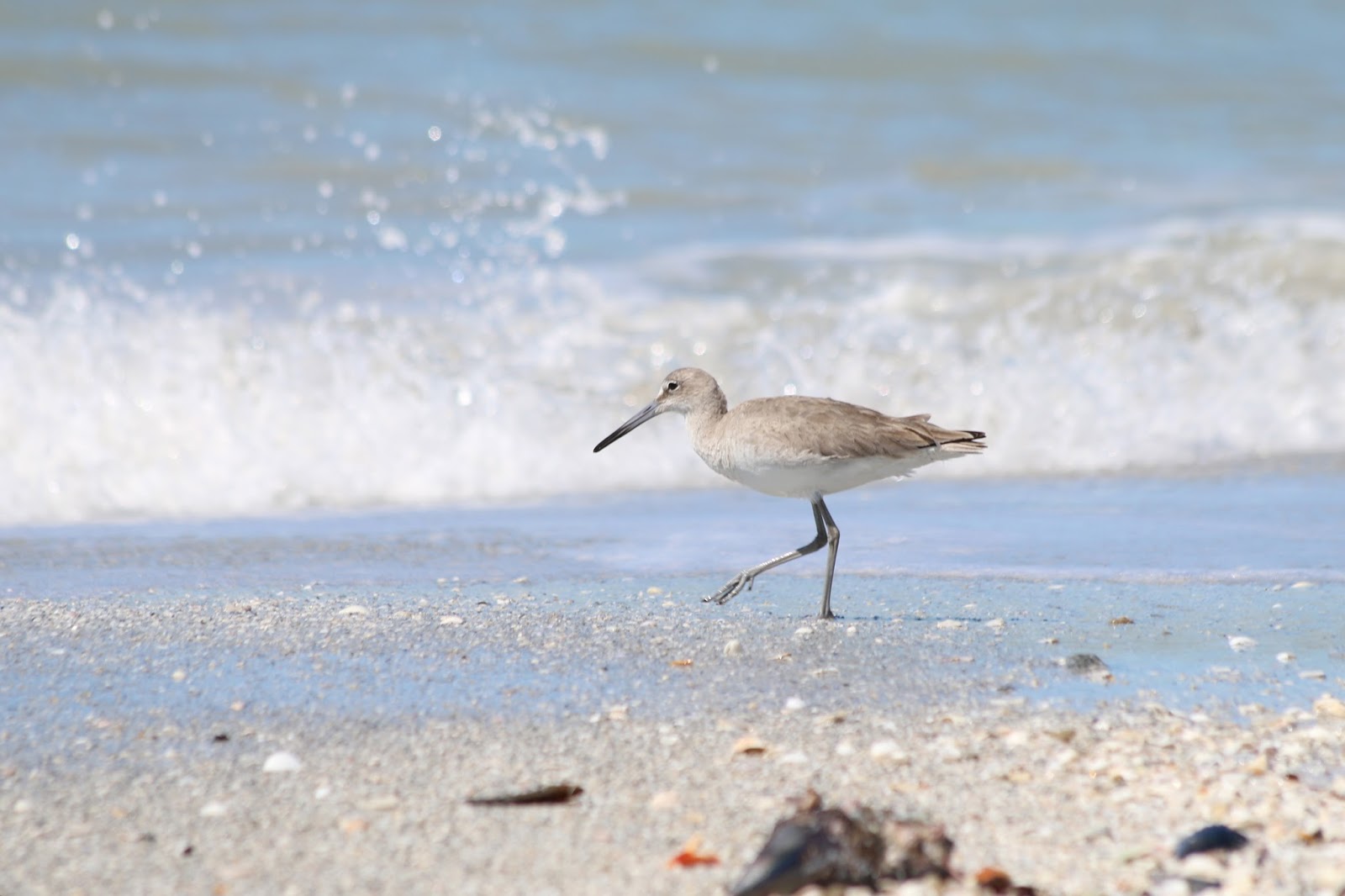 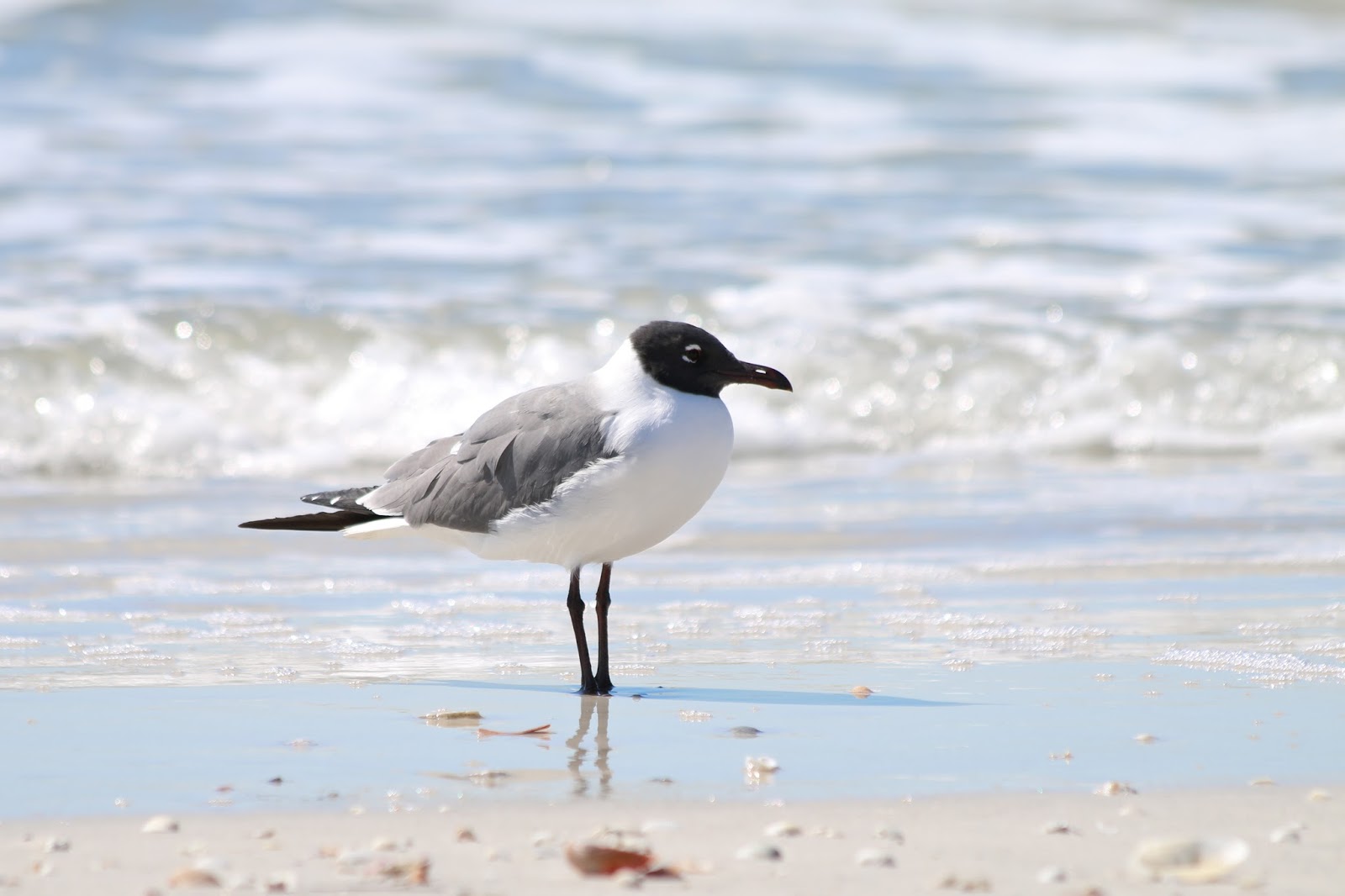 After sitting in the sand for a few minutes a couple of Black Skimmers appeared!  They came to rest up the beach with a bunch of gulls. 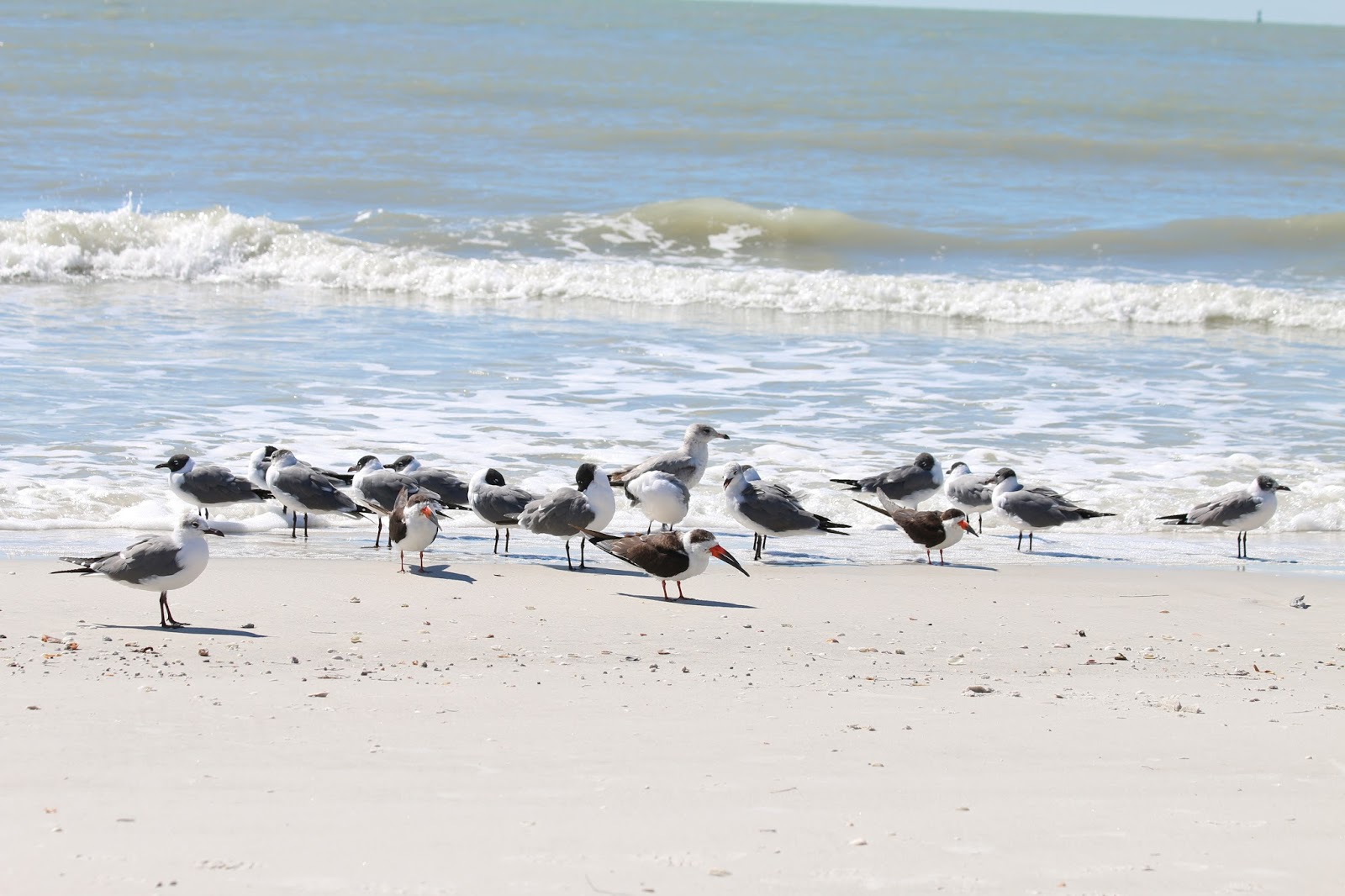 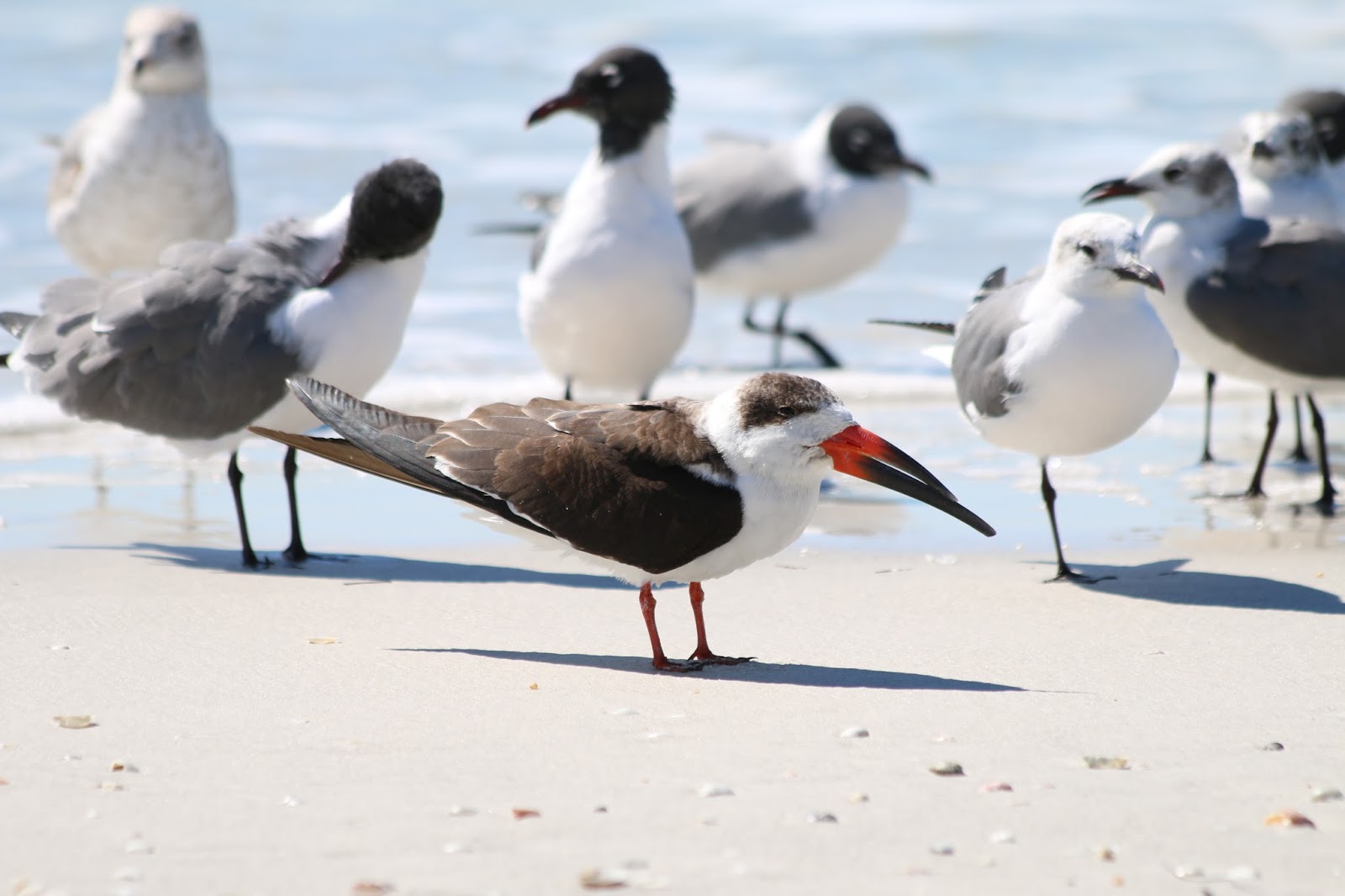 So stoked, this was a bird I had been really wanting to see.  My brother and his family arrived and we poked around the historic fort and even drove around one of those bike/buggy-looking contraptions called a "double-train" as can be seen here. 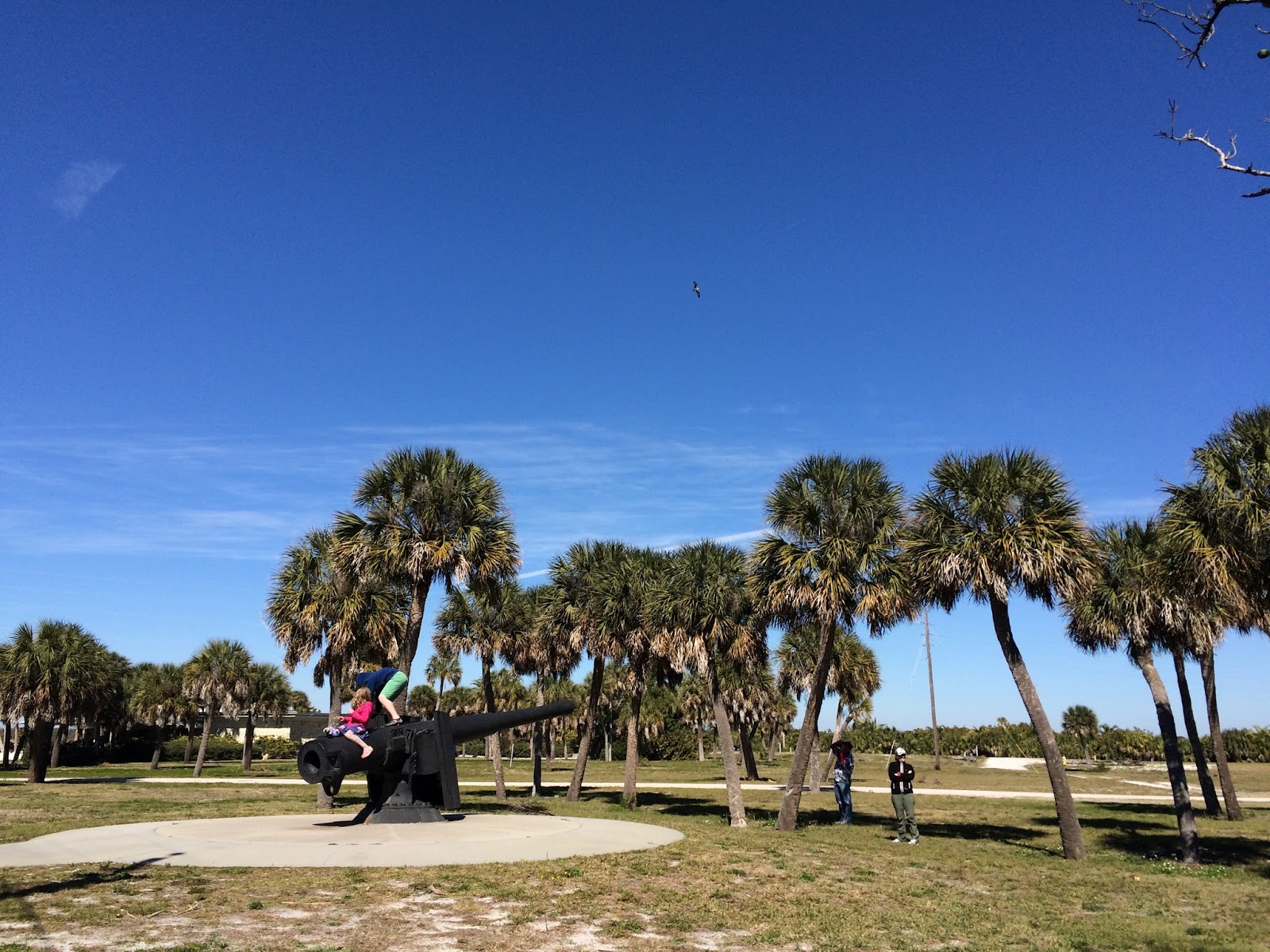 After that grueling ride my brother and I walked out on the pier to look for sting rays and dolphins.  We found this funny group of birds: 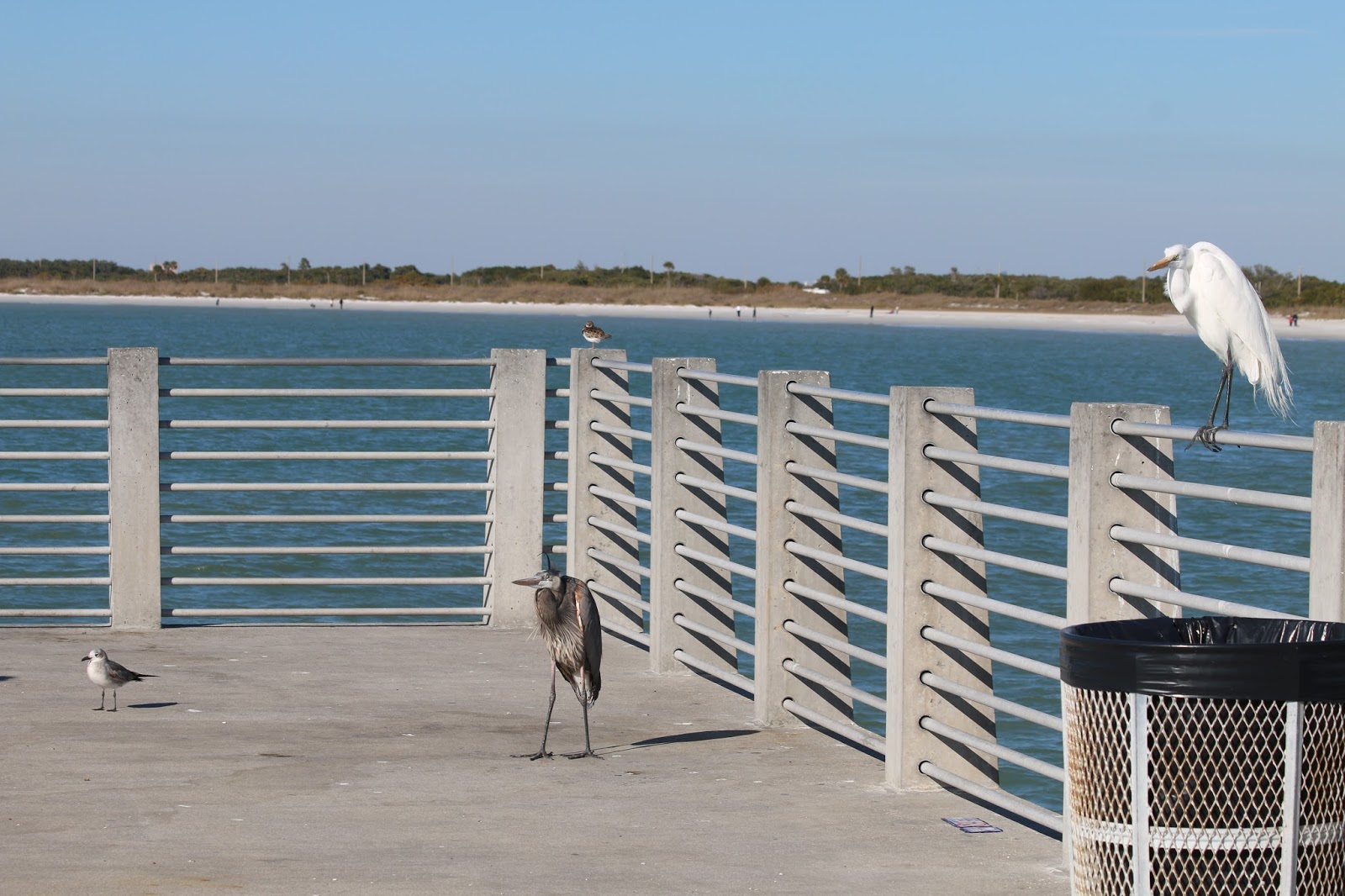 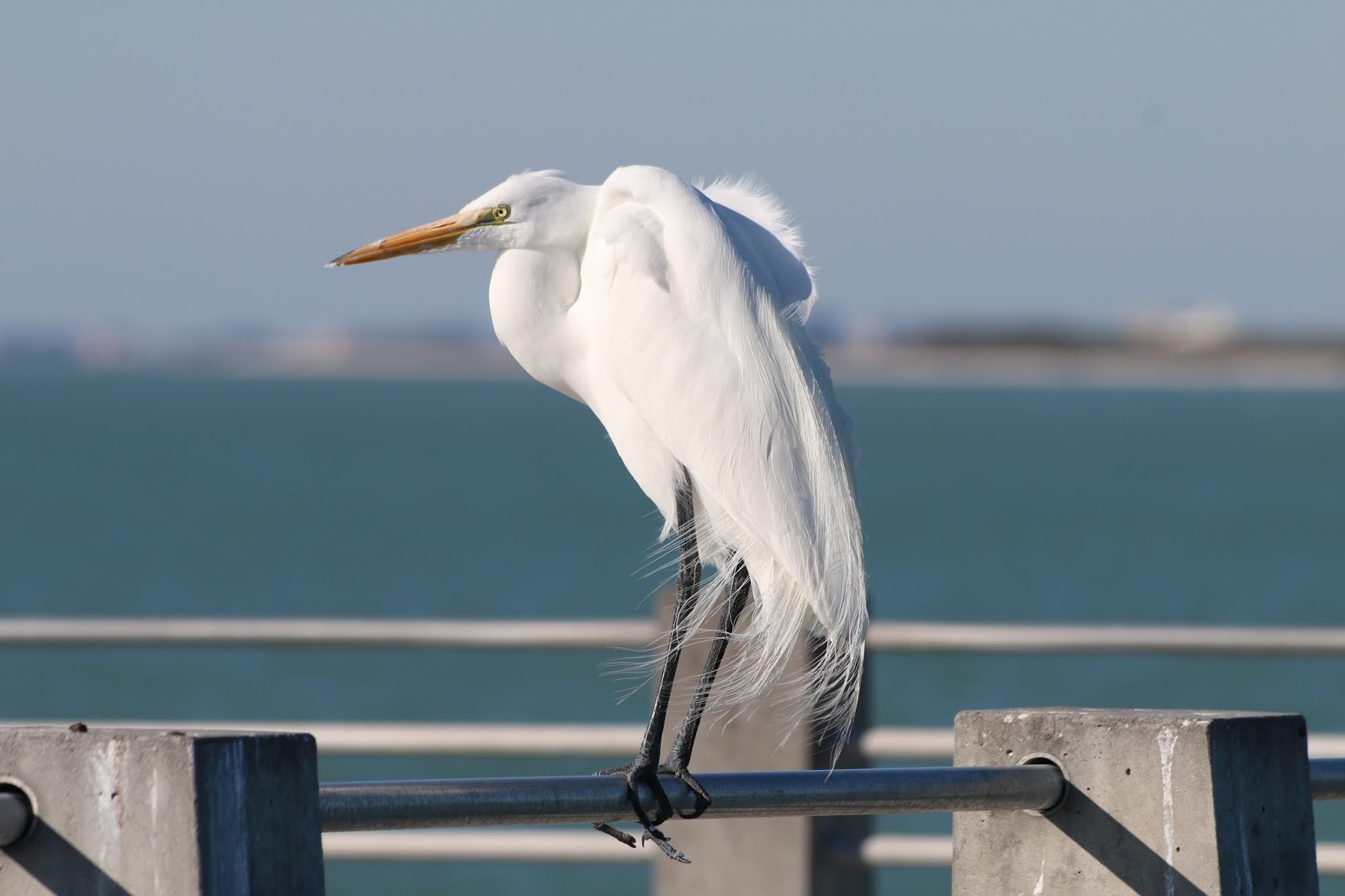 I knew there were many more birds to be had at Fort de Soto, so a couple days later I headed to the North Beach area early in the morning to track some down. 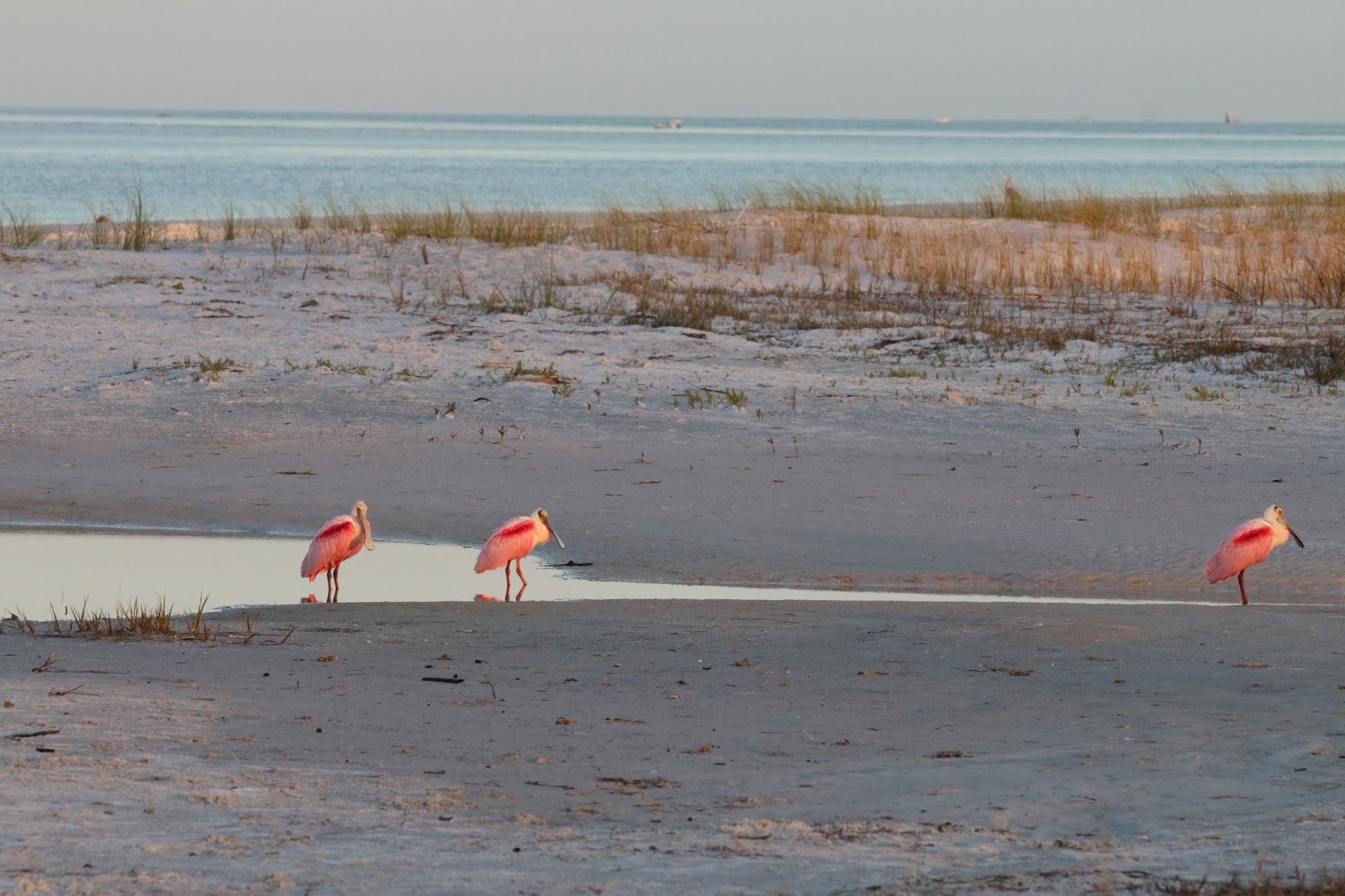 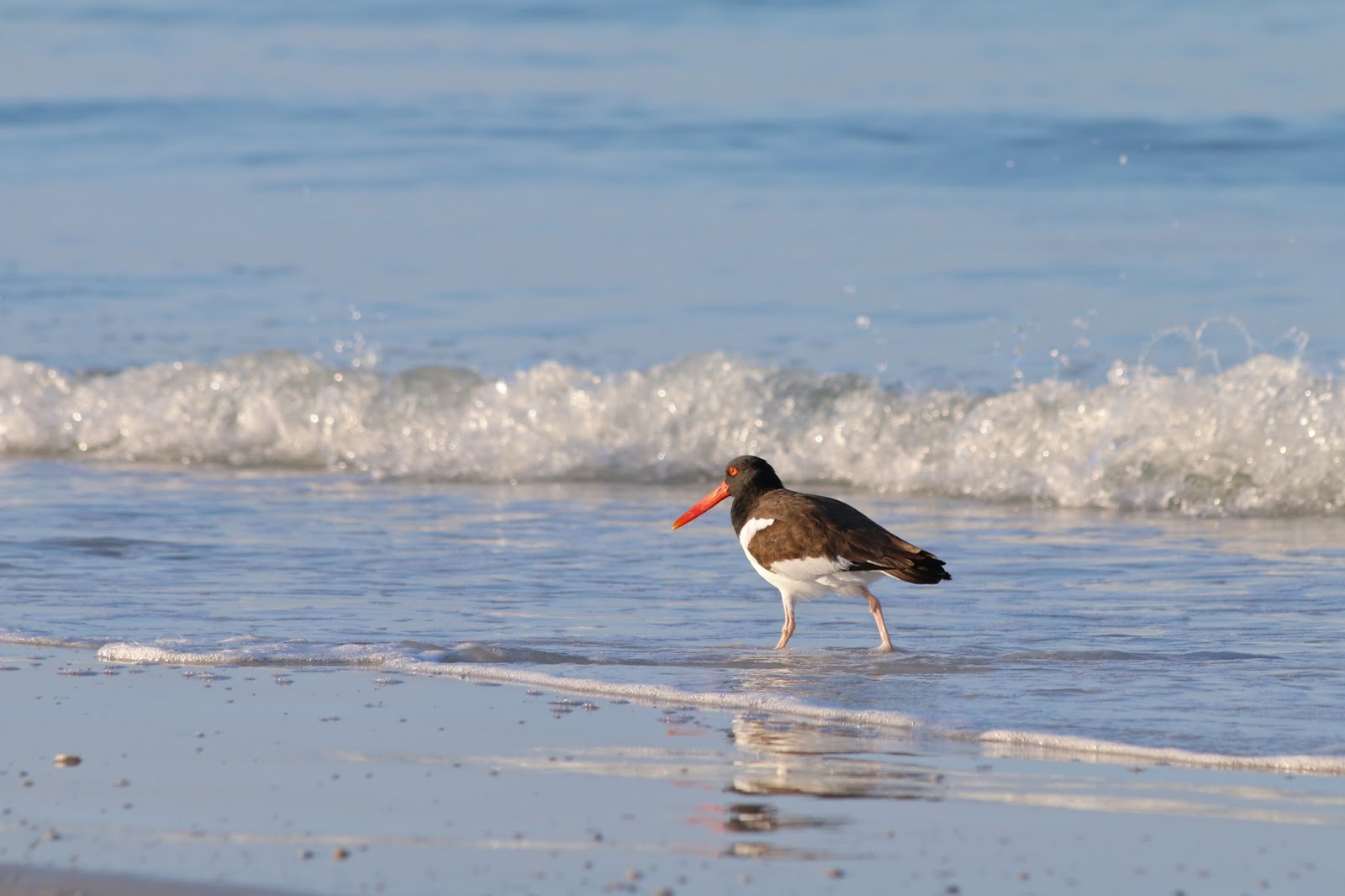 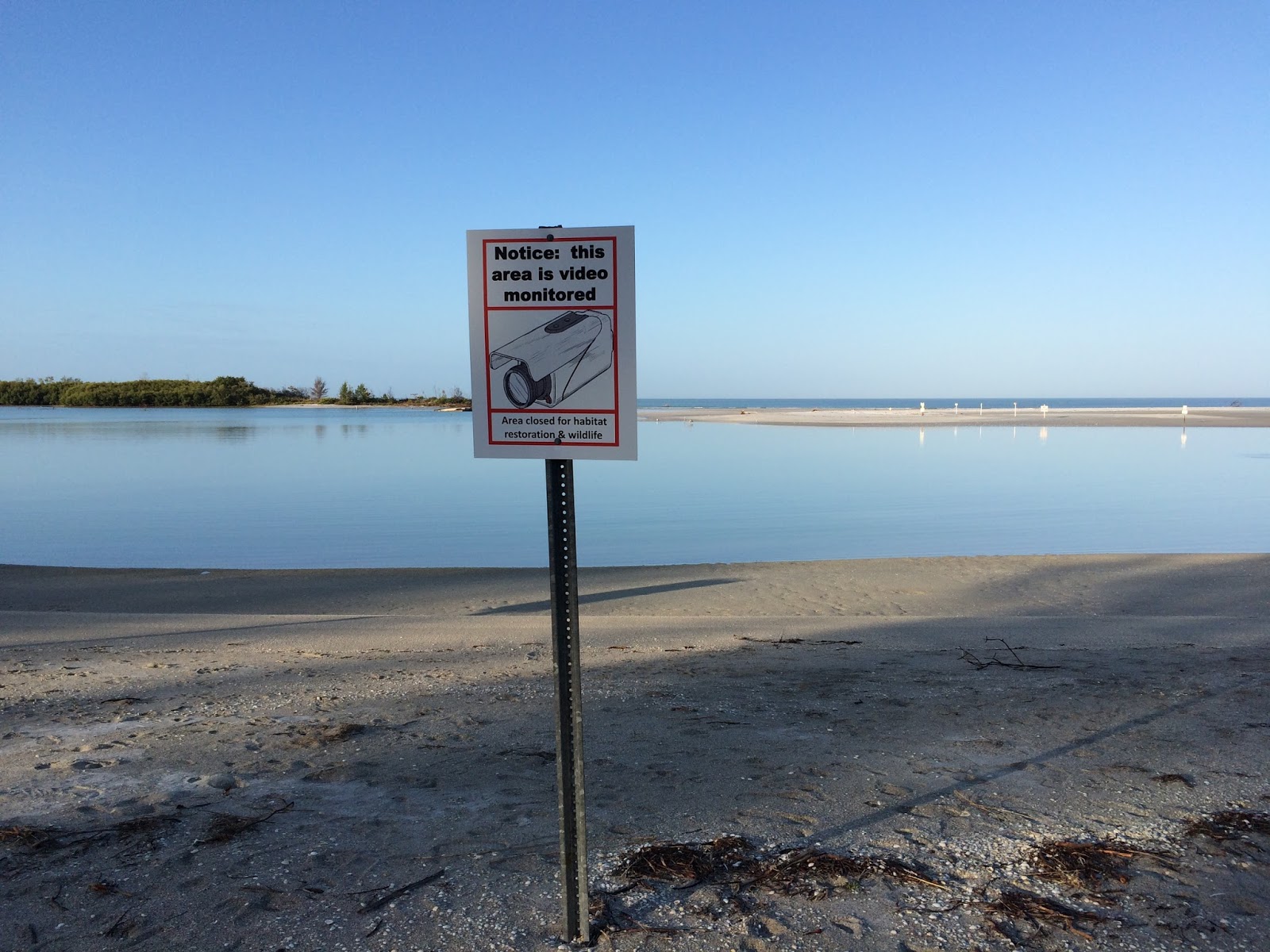 That far sand bar was littered with birds and all kinds of signs and apparently video surveillance keep people from messing with the nesting ones.  There were tons of plovers out there and I finally picked out some I felt confident-ish were Wilson's.  [Confident-ish is not confident enough.  Seagull Steve crushed my dreams and I think all I saw were Semi-palmated.]

While I was scanning the shorebirds another one of my target birds flew in, a Reddish Egret! 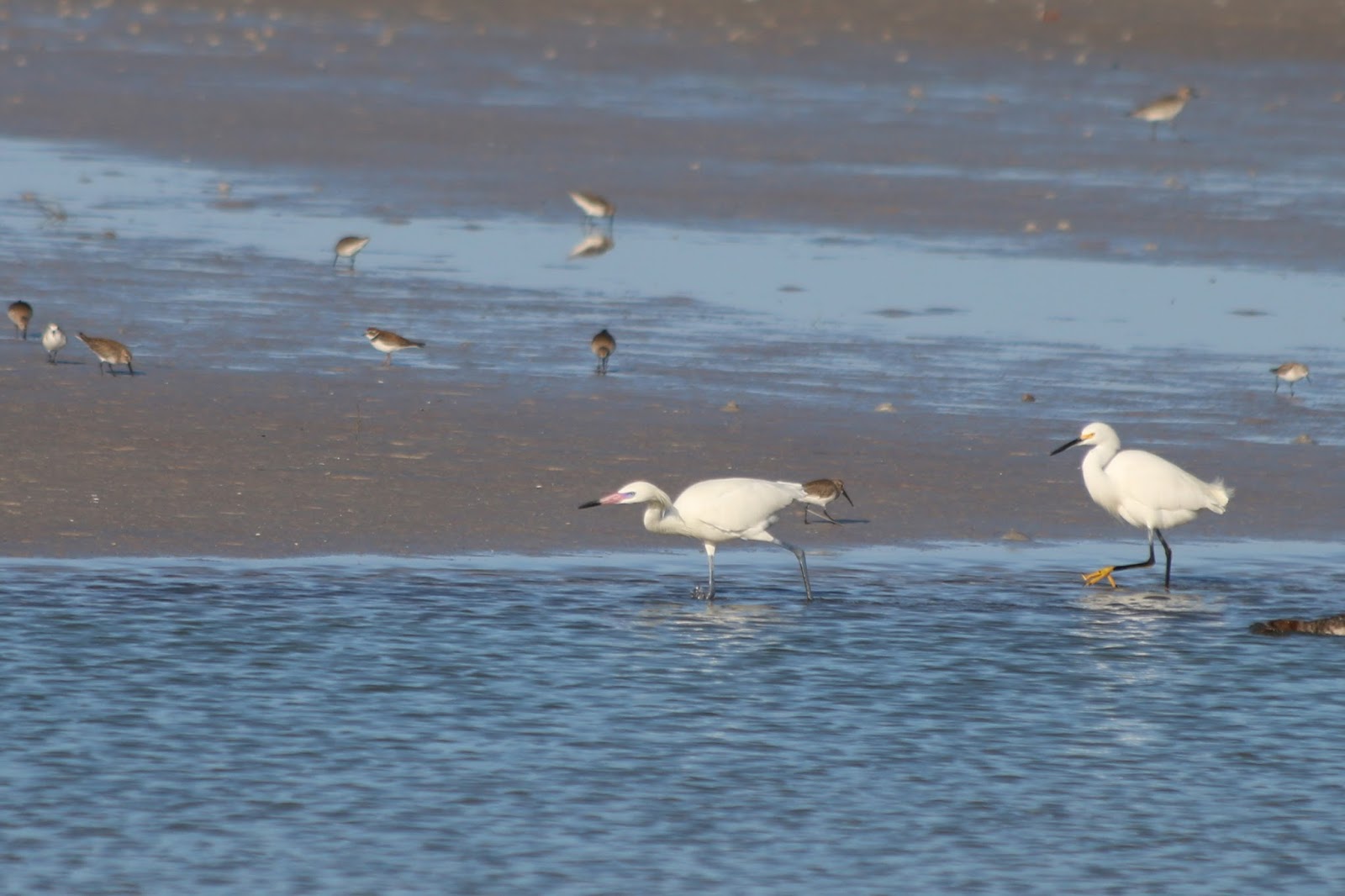 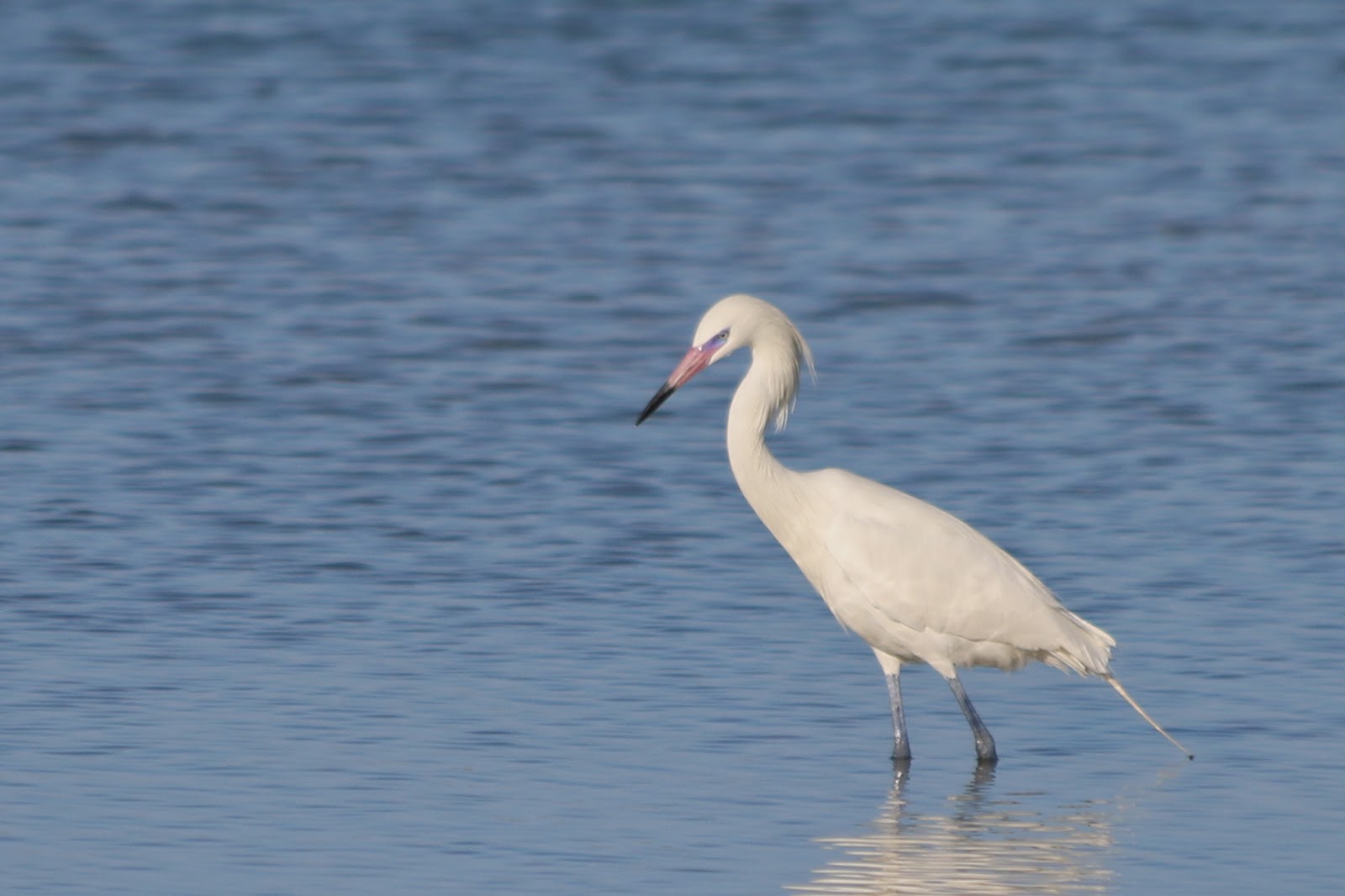 White morph?  I'll take it!  I had to leave to meet my brother and a Red-shouldered Hawk perched on a sign on the way out... 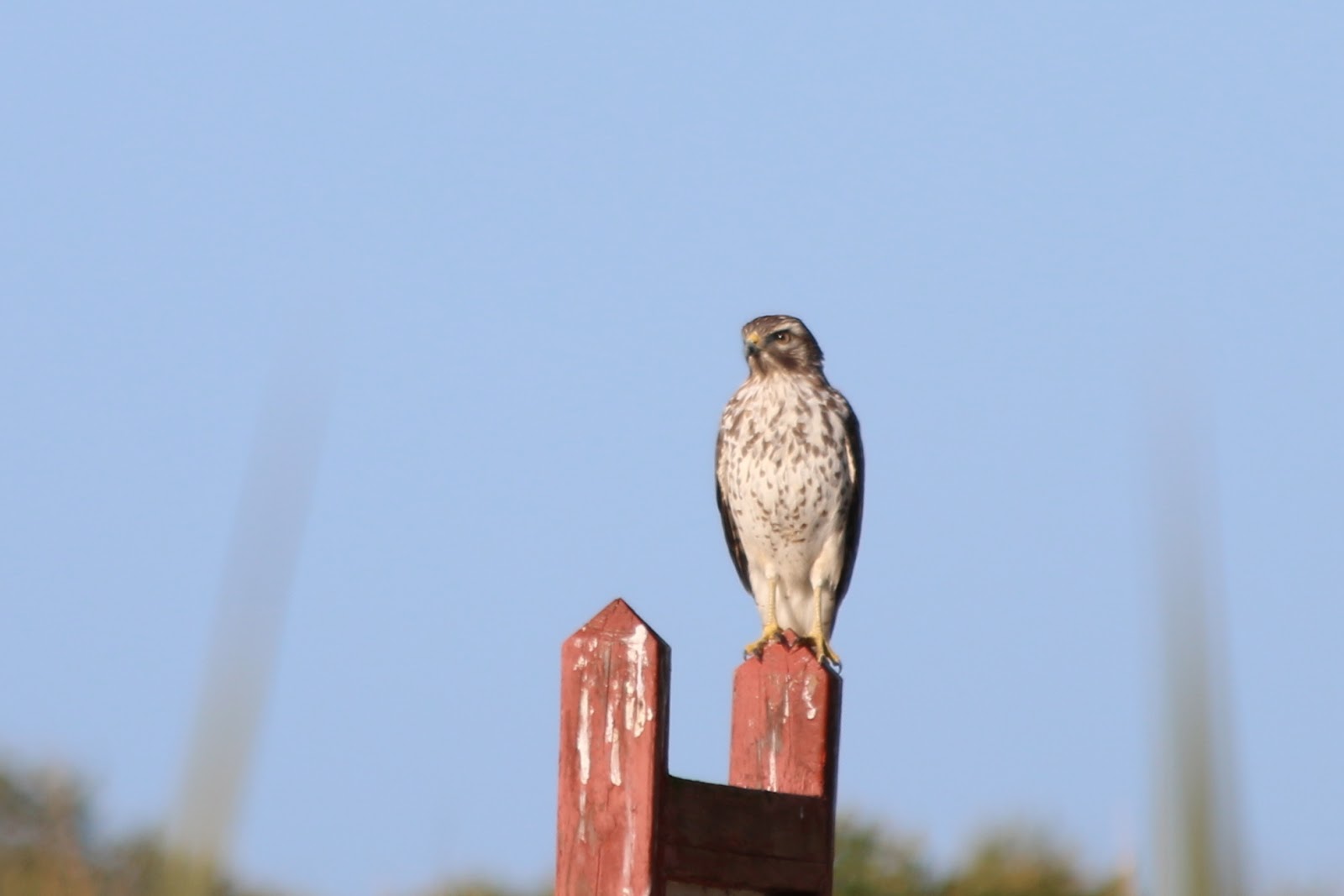 My last day in Florida I had a couple spare hours before I had to leave for the airport so I spent them on yet another trip to Fort de Soto.  Things were foggy and shorebirds at a great distance were much harder to identify. 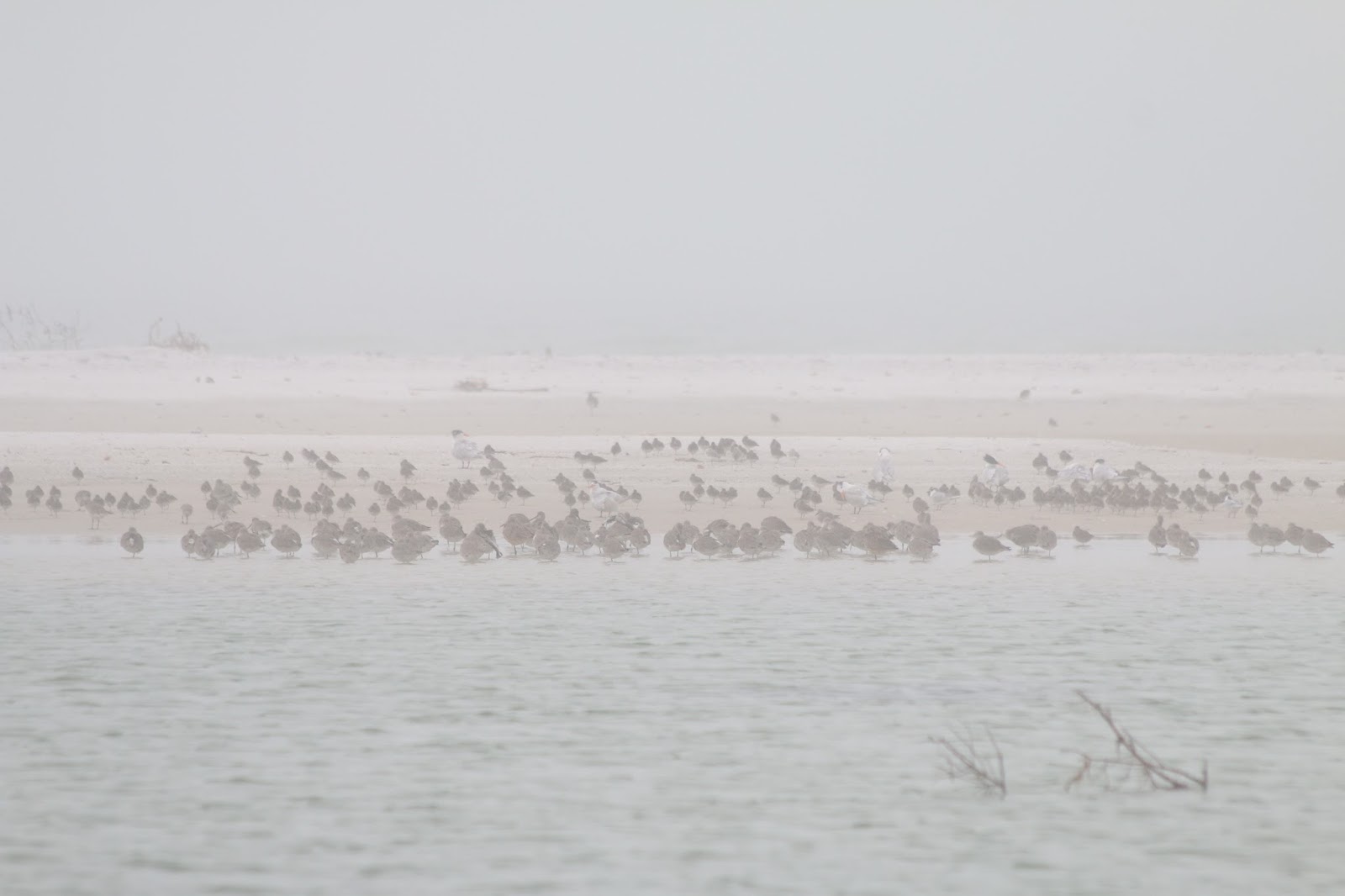 I decided to walk over to the terns and gulls roosting on an accessible part of the beach to see if I could pick out my desired bird, a Sandwich Tern.  I slowly inched my way through the fog, getting closer and closer till I could finally see the birds well enough.  A few sammies were among them! 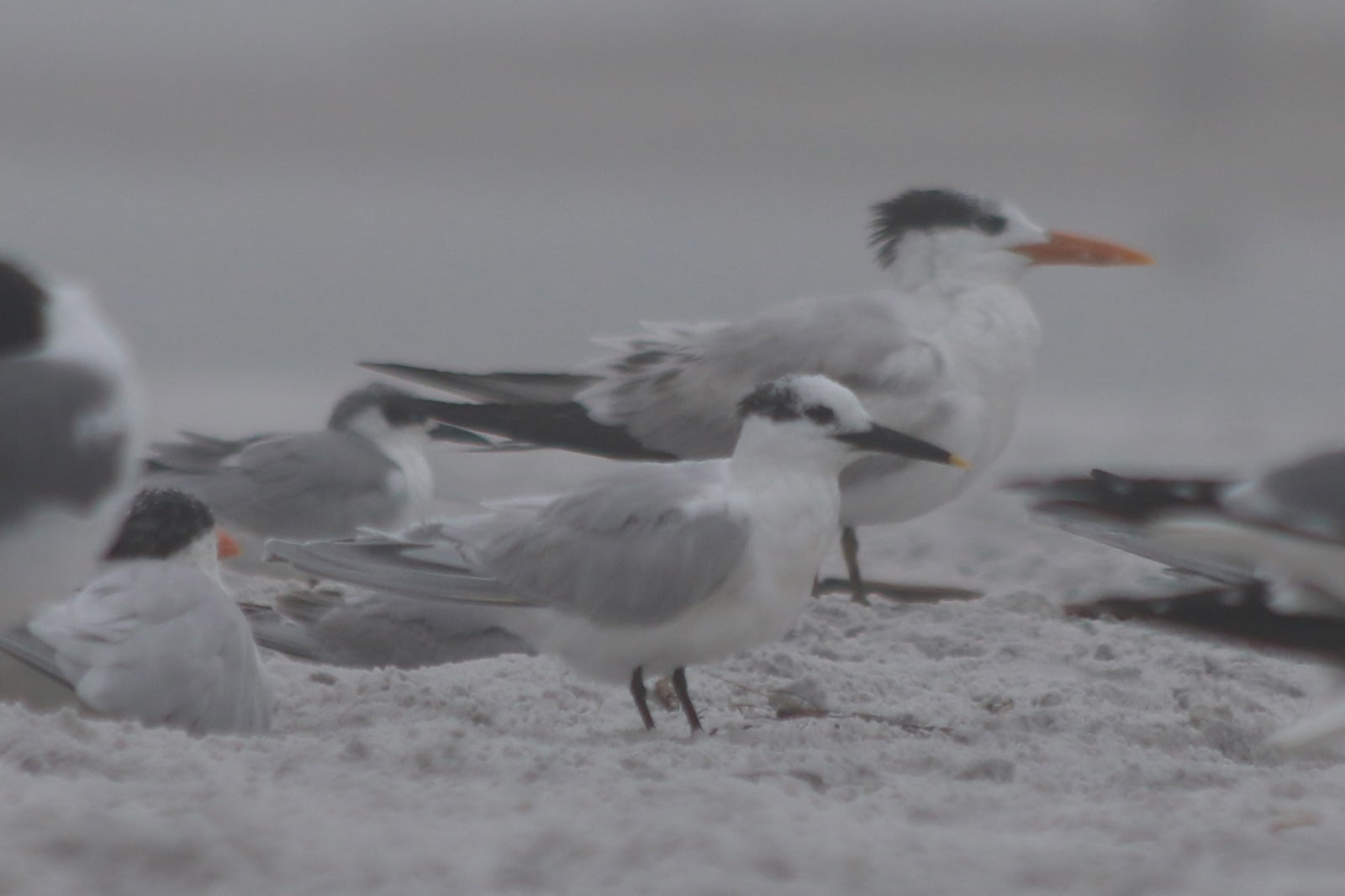 I made my way back to the shorebirds where I made my brain hurt trying to pick out Red Knots.  My brain was hurting so much it did not even notice there was a damn Reddish Egret strolling around.  Found it in my photos later on. 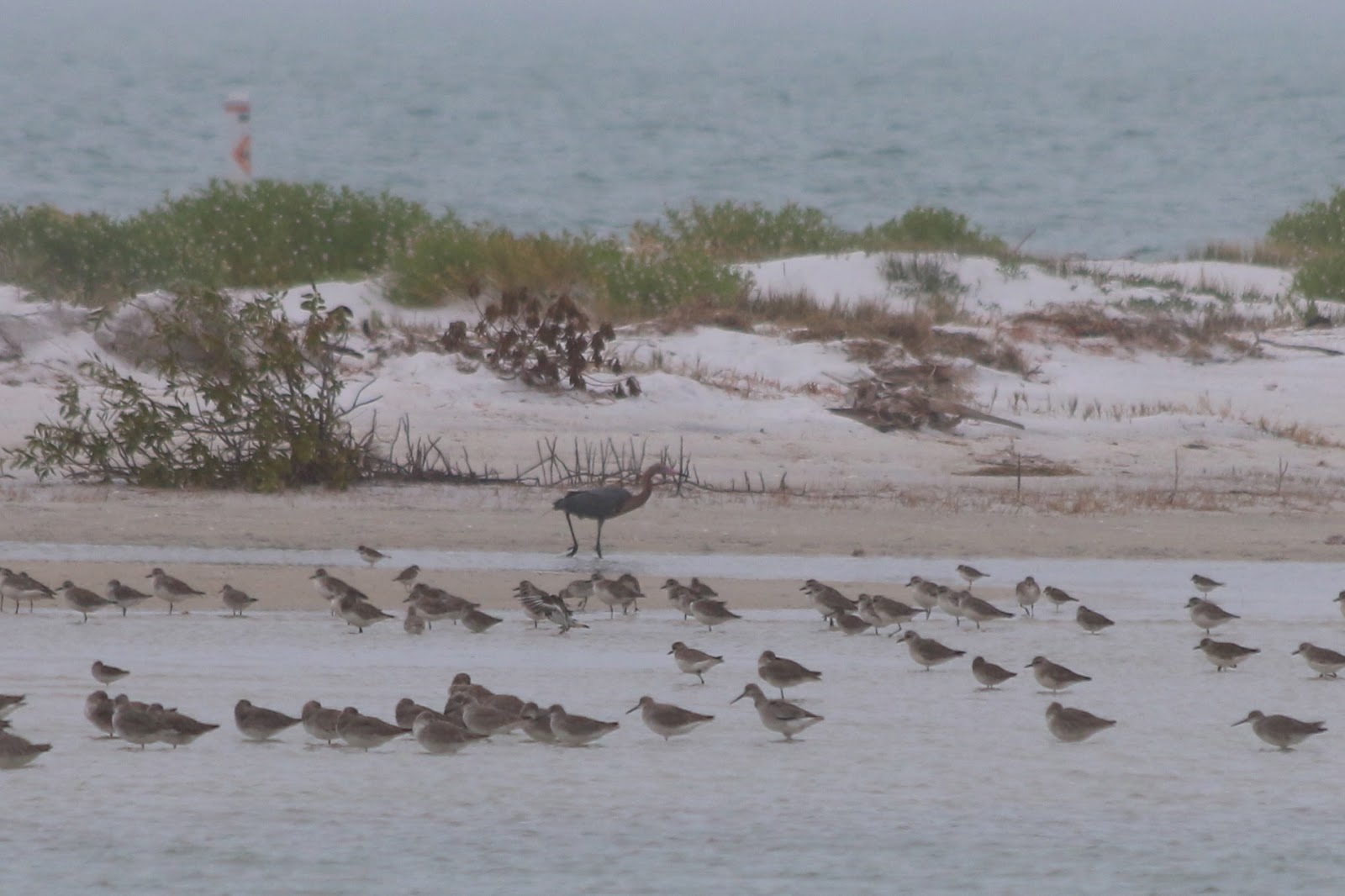 Thankfully I did find some Red Knots but I will spare you the foggy photos.


That is all from Fort de Soto.  One afternoon my brother took me to Gulfport where he and his family were staying with his in-laws.  We stopped by the local duck pond where White Ibises came running towards us as we approached.  They lost interest upon realizing we were not going to feed them. 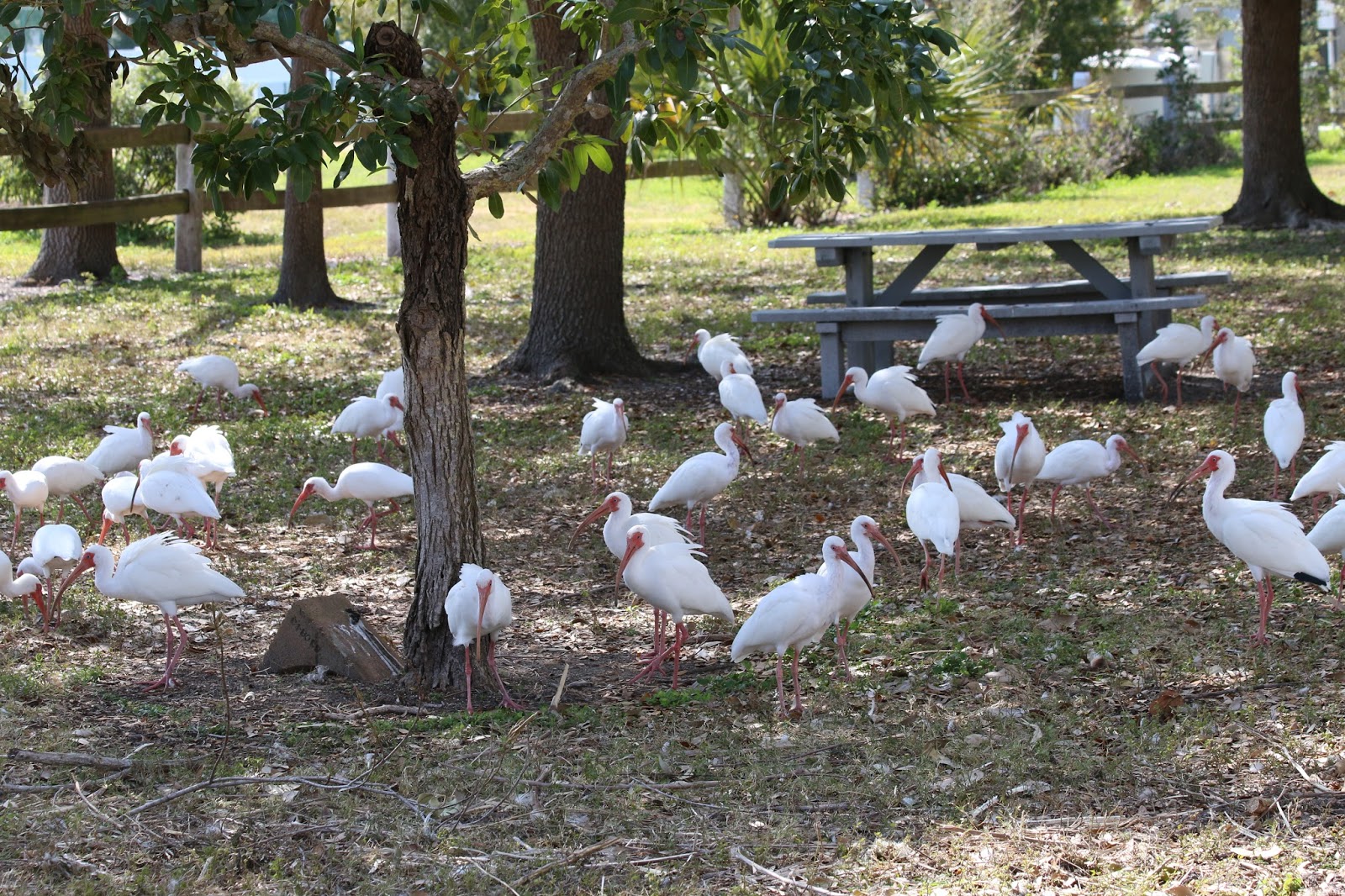 Back at the condo, my brother had to take my niece to get a hot dog and my sister-in-law's parents asked if I wanted to go for a walk to their Gulfport beach.  Of course I did. 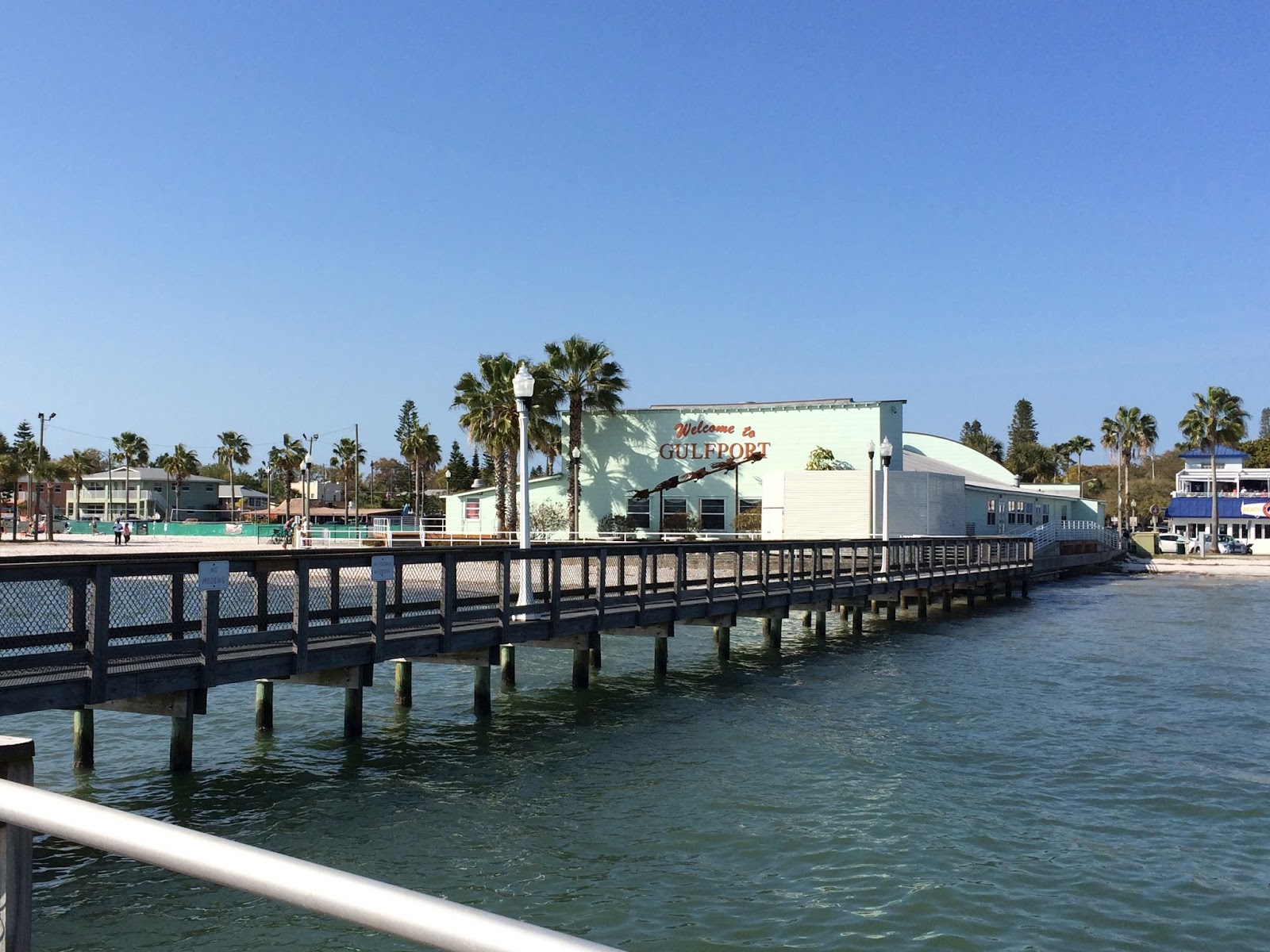 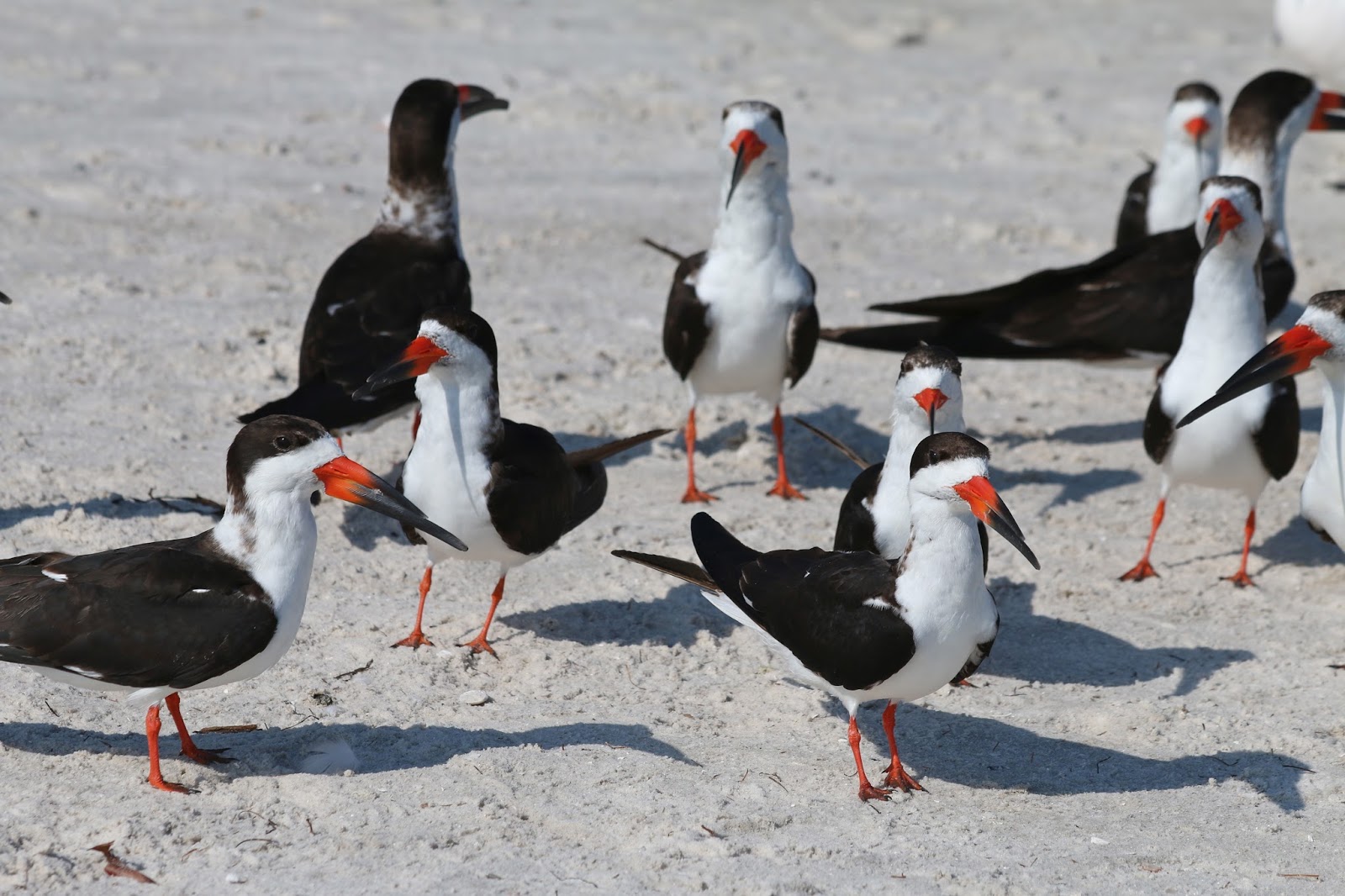 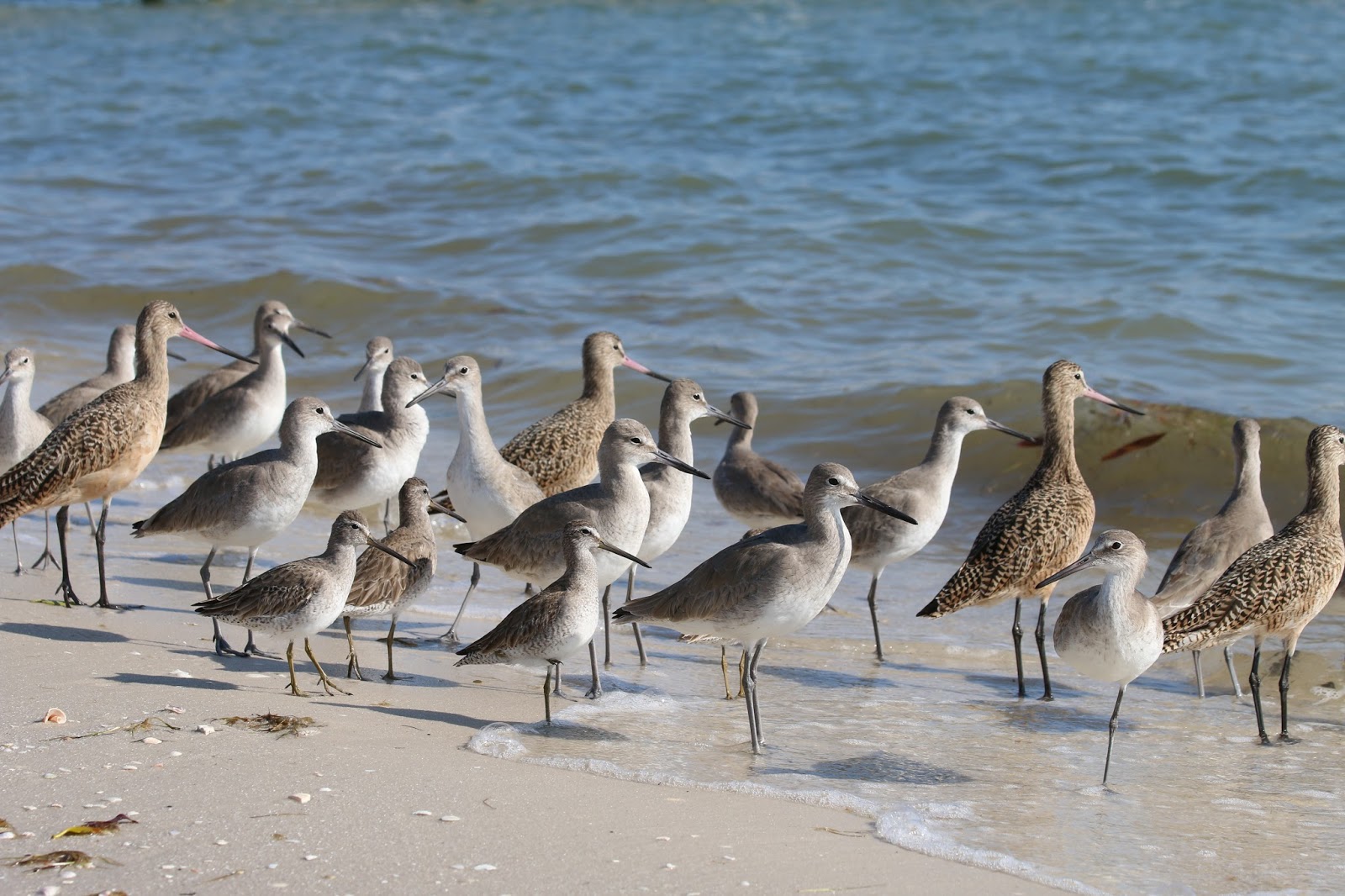 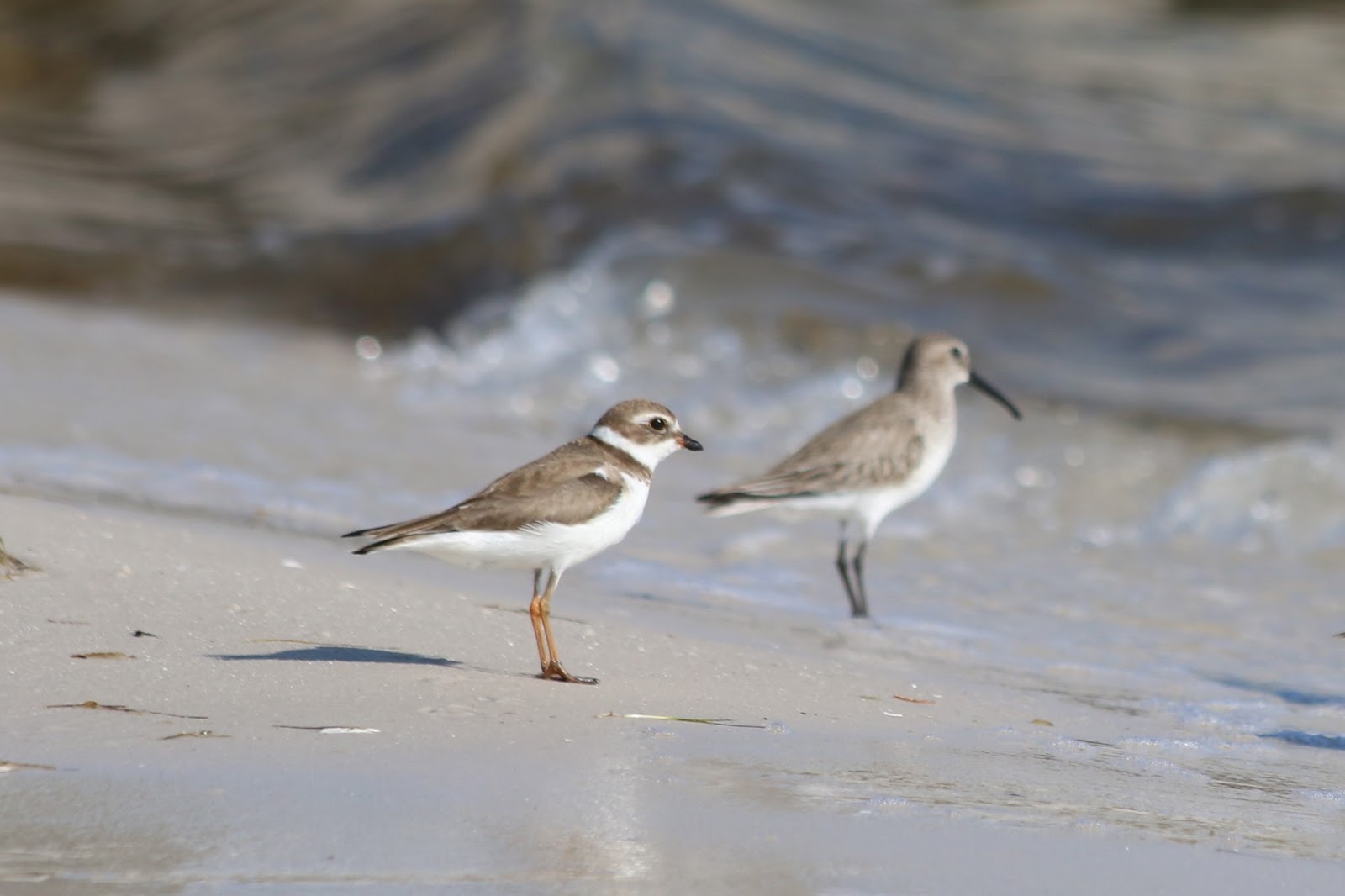 We walked out to a dock where a Brown Pelican was fishing. 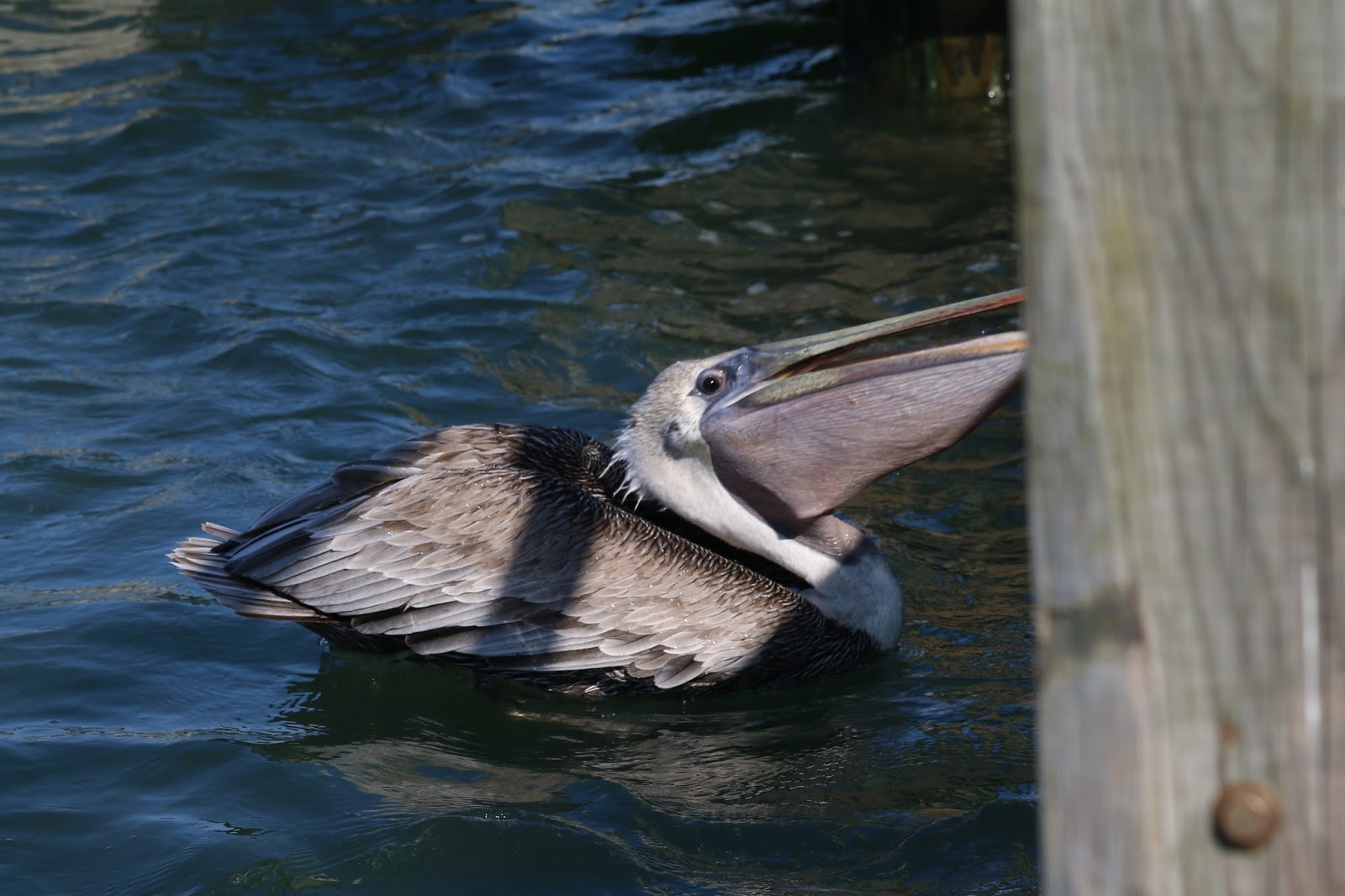 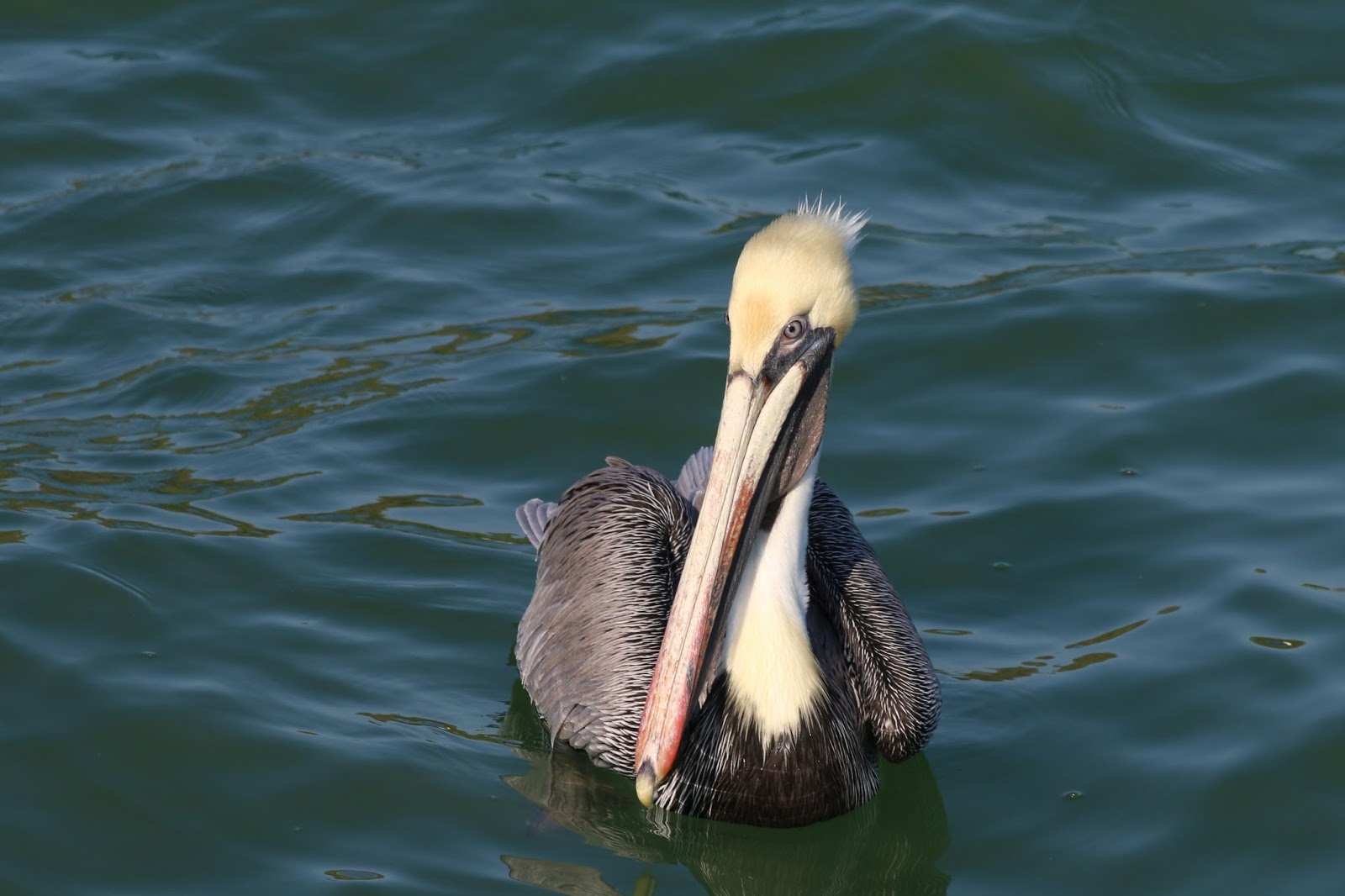