on February 18, 2015
All the cool kids have been talking about Sauvie Island lately, and with another spring-like day predicted for Portland yesterday, I decided to head out there with the mutts. 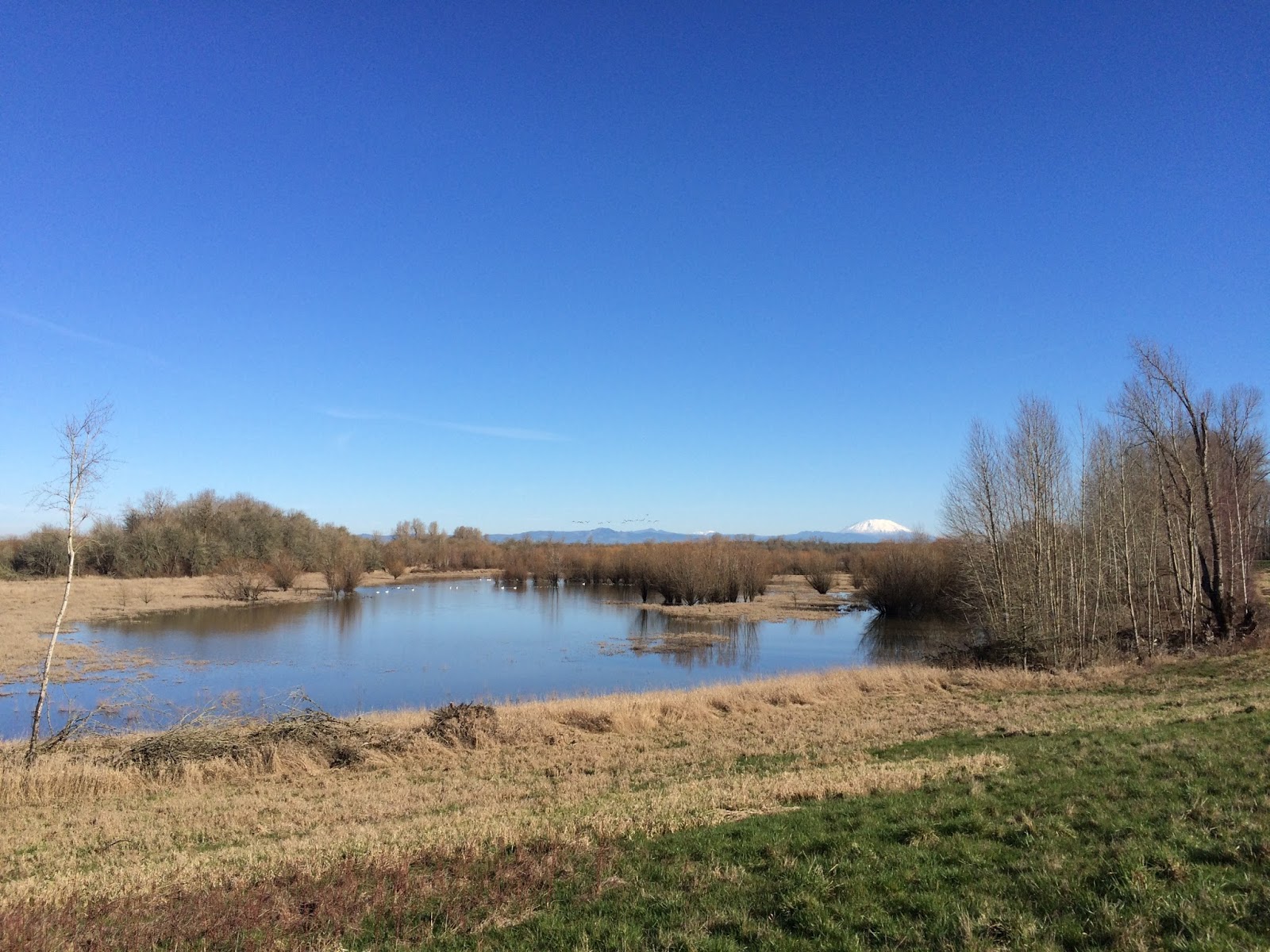 I spent over an hour searching for the recently reported Tricolored Blackbird along Gillihan Road before throwing in the towel and heading to Oak Island Road.  Sandhill Cranes flying by at close range were the highlight there. 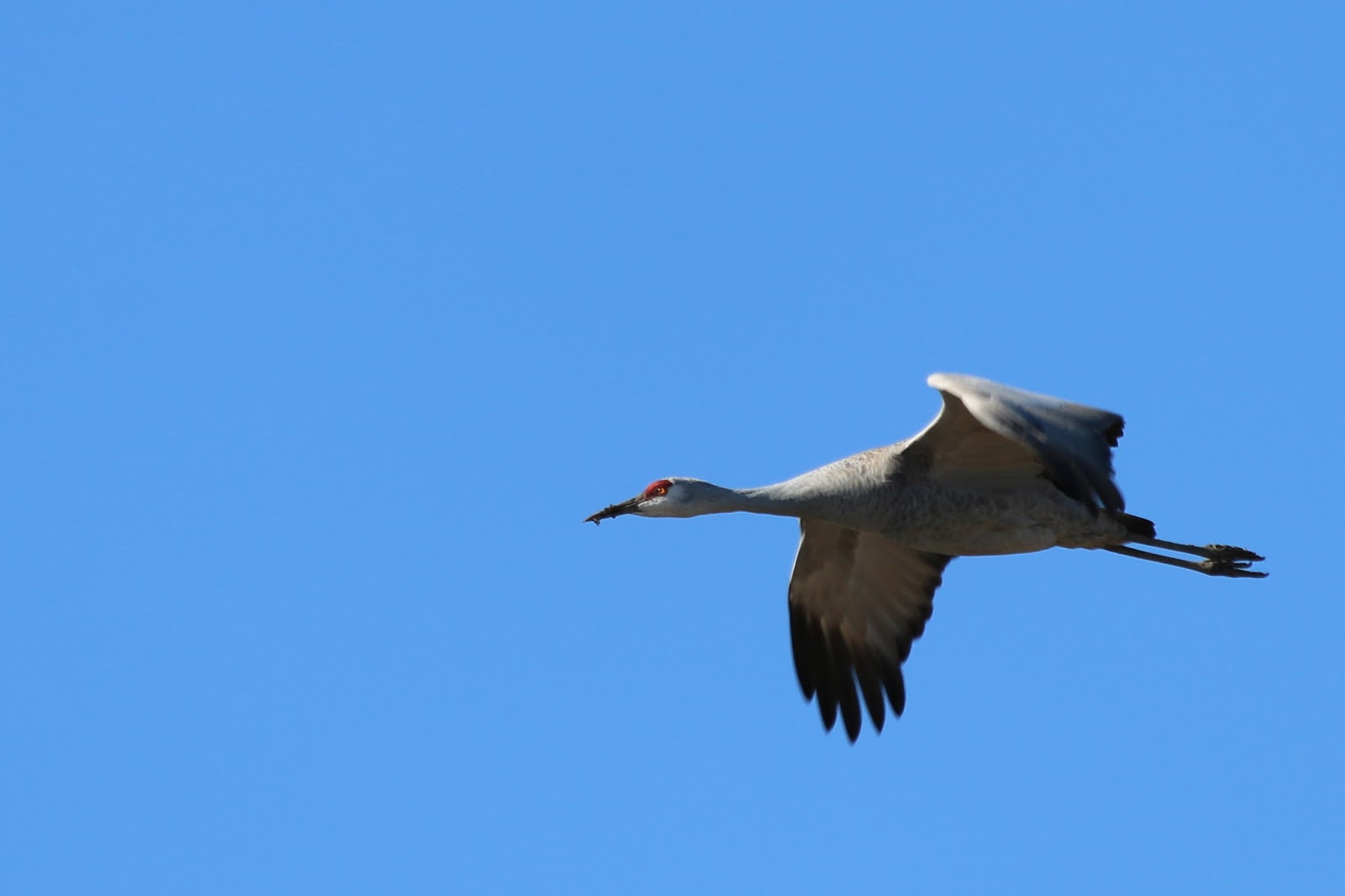 At Coon Point I walked the dogs up to the dike where Steve Halpern was already set up.  Tundra Swans, Cackling Geese, and American Wigeons made up the majority of birds in the water.  A kestrel flew in to a nearby tree at one point and I watched my first of year Tree Swallow dive at her.  A few minutes later a Sharp-shinned Hawk soared over. 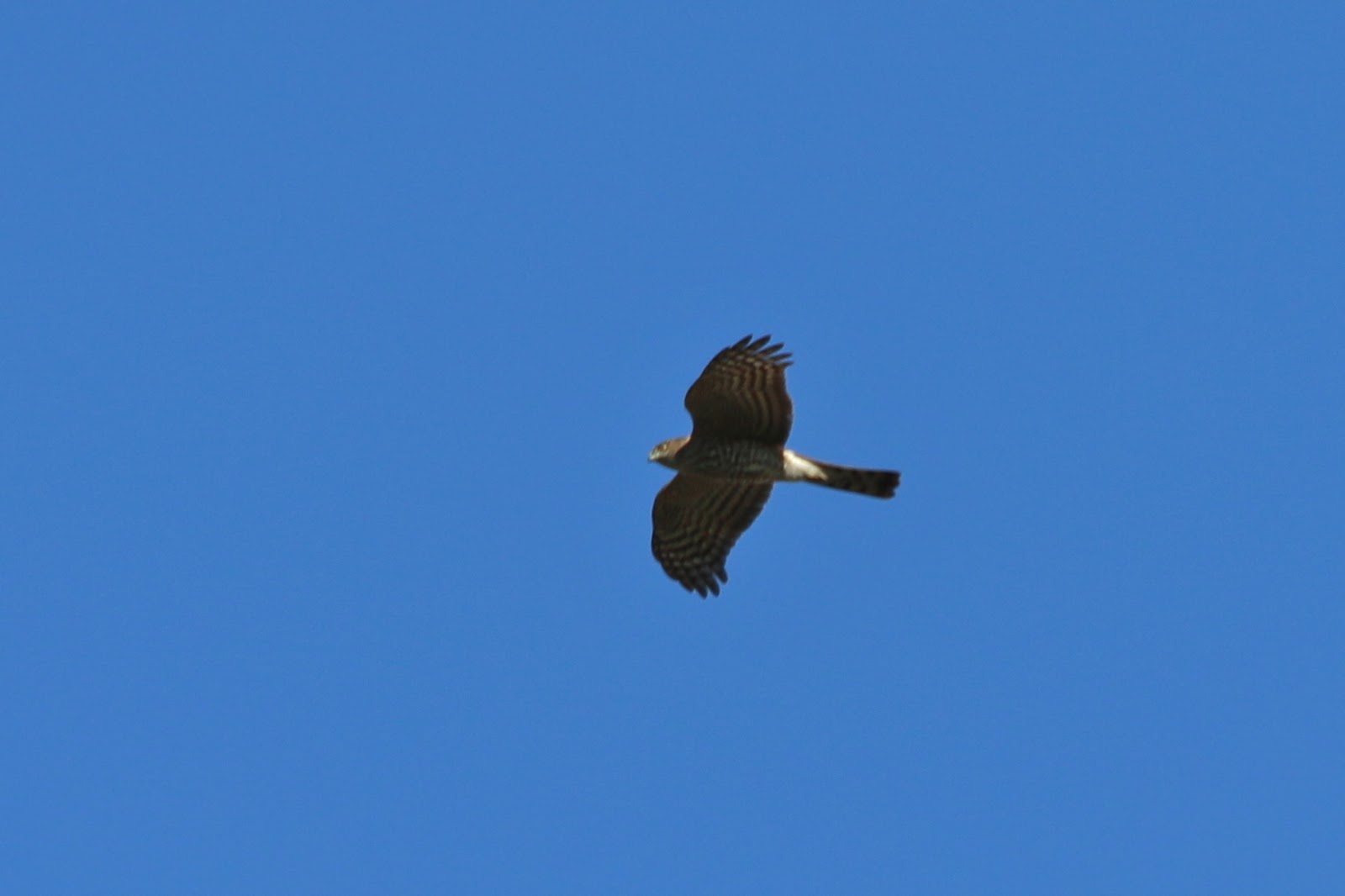 From Coon Point I drove up to Rentenaar Road, stopping to watch a crow dive at a harrier. 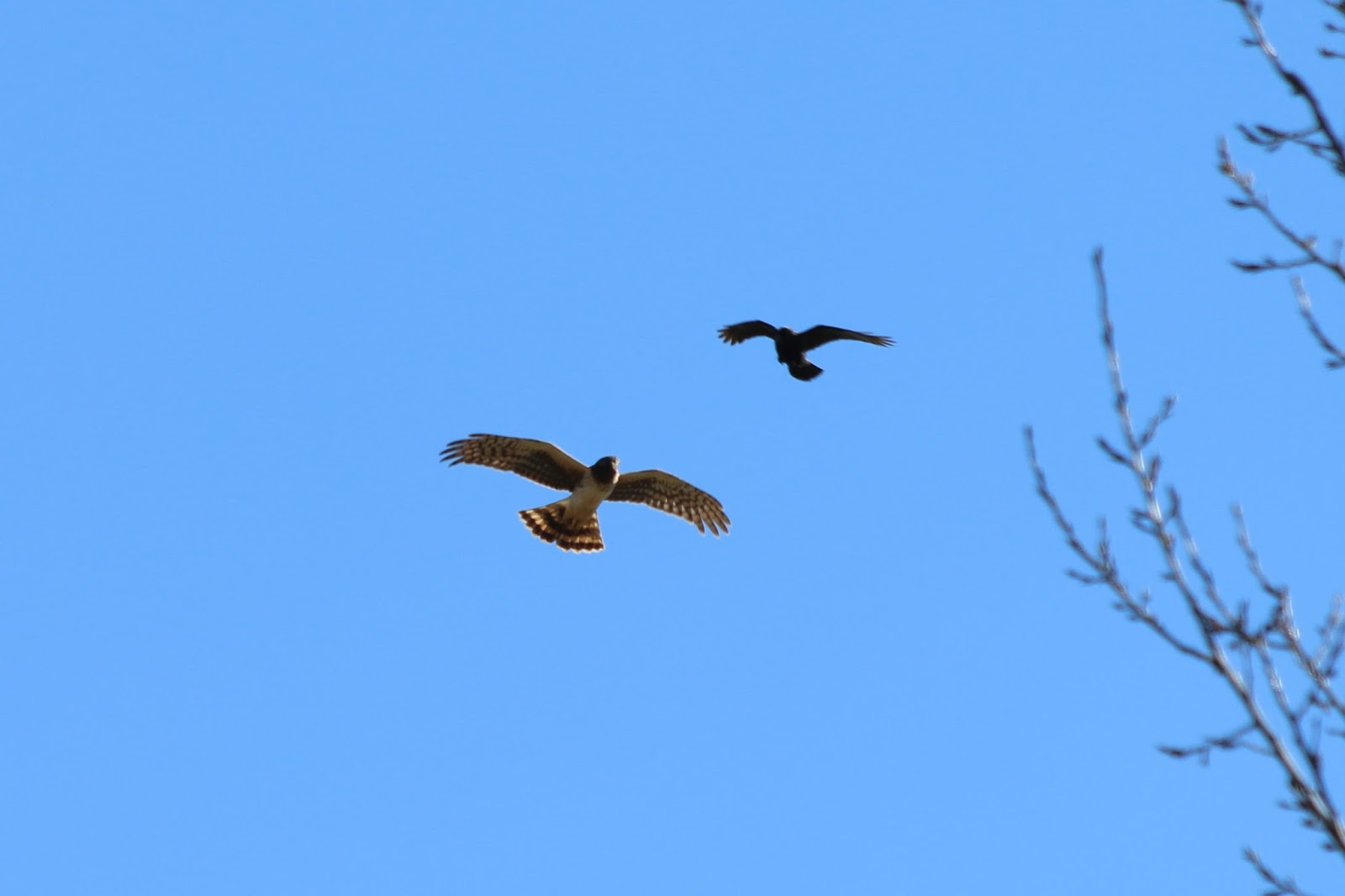 And stopping again to check out the Great Blue Heron rookery. 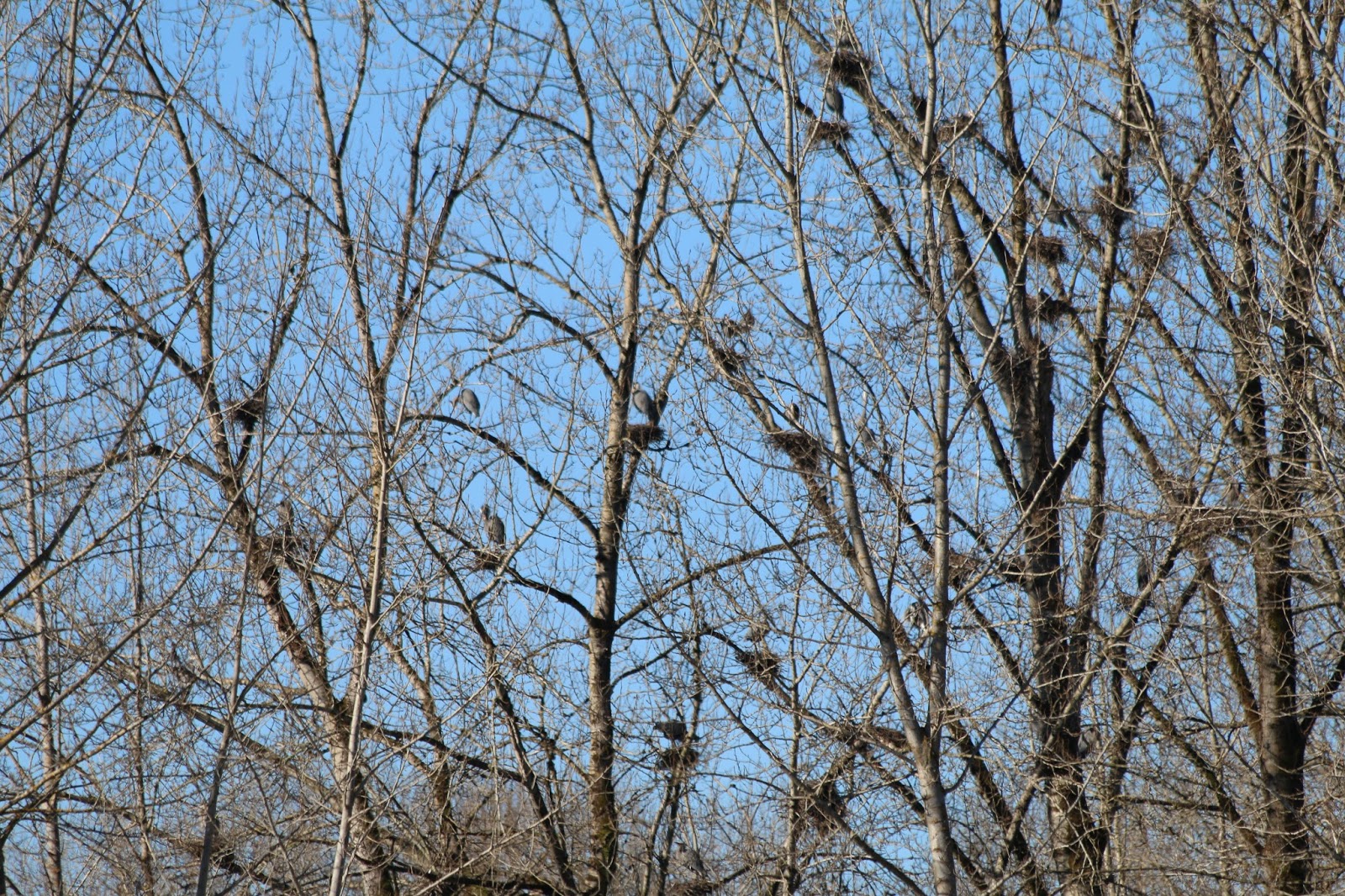 My last stop before Rentenaar was a house that has been empty for a long time.  There are five structures on the property and every single one is falling down and sketchy.  But if you walk through the backyard there's a great view of some water that happened to be filled with Snow Geese and Tundra Swans. 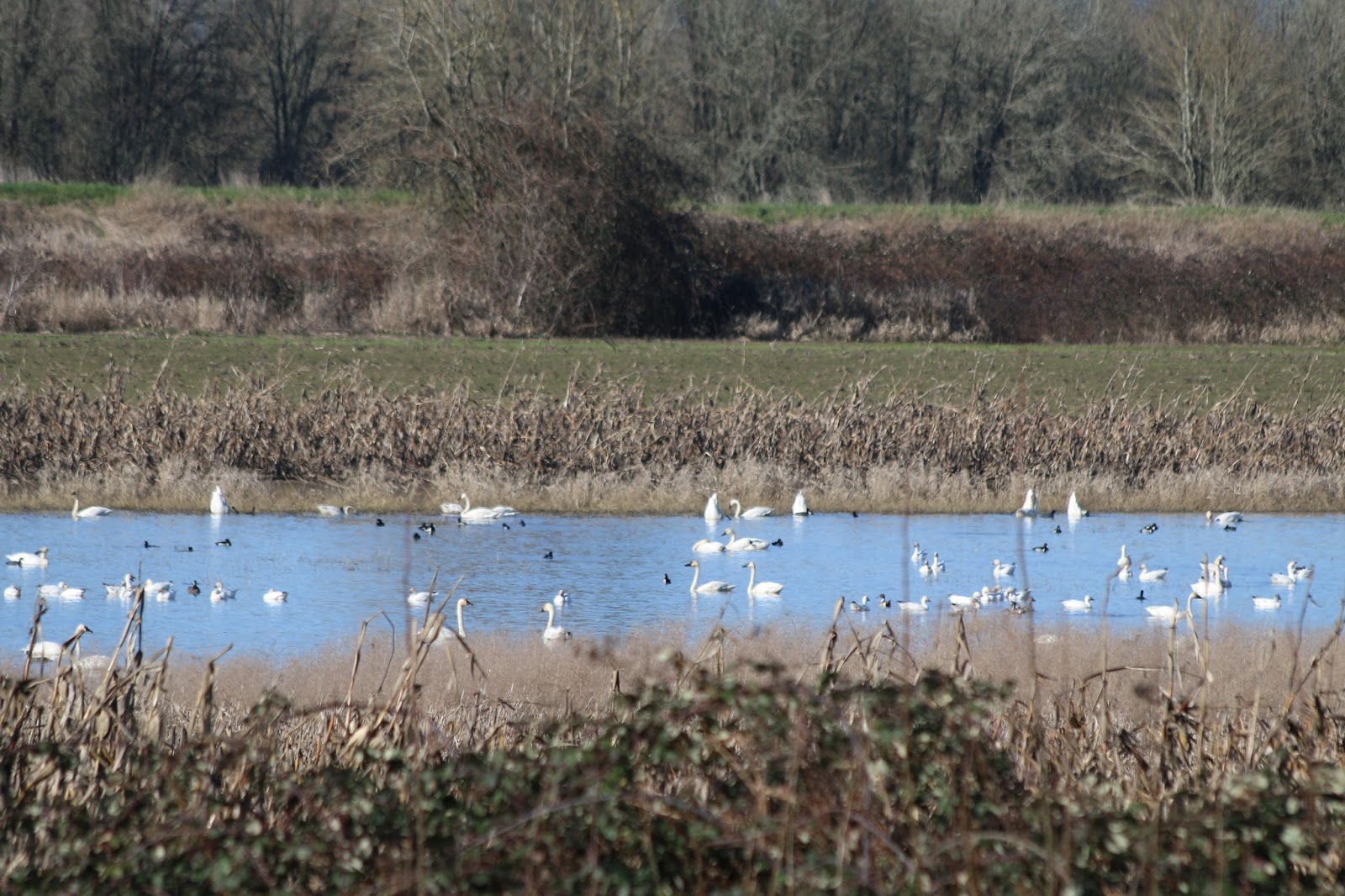 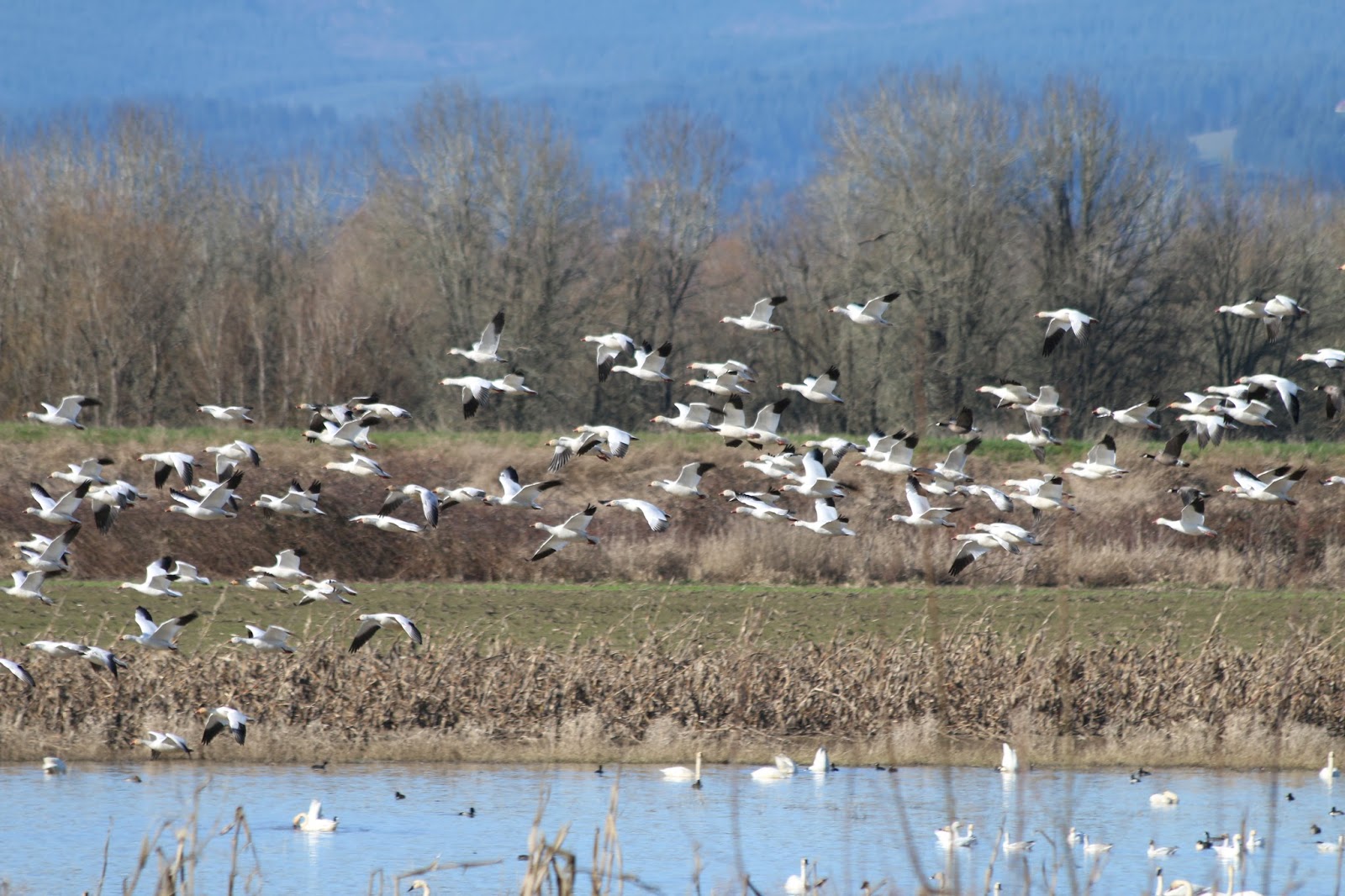 The Snow Geese settled down again just as the Bald Eagle reached a field of Cackling and Canada Geese farther away. 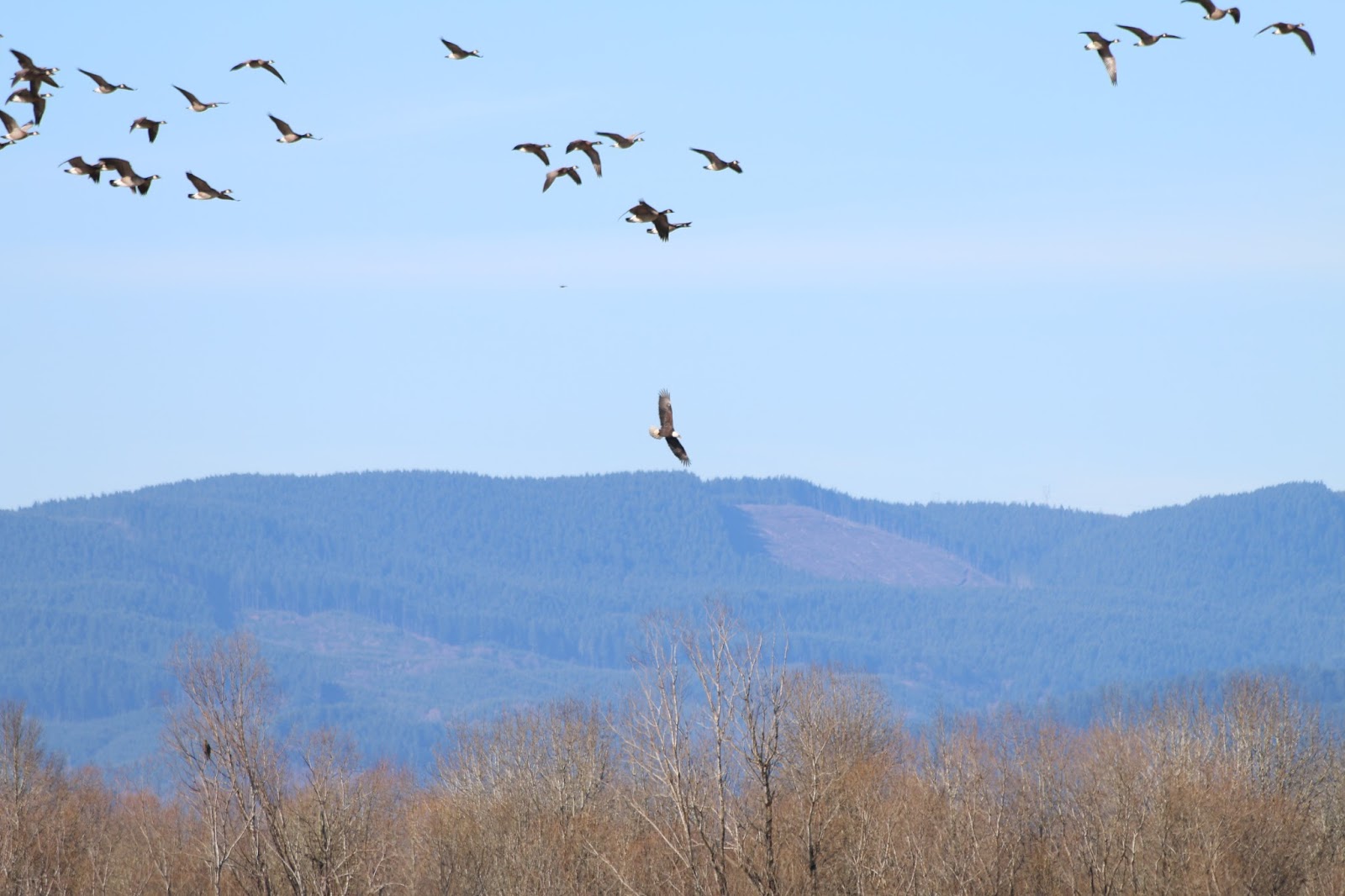 I was trying to get a better look at that dark dot in the tree in the above photo (bottom left), hoping to turn it into the recently reported Golden Eagle. 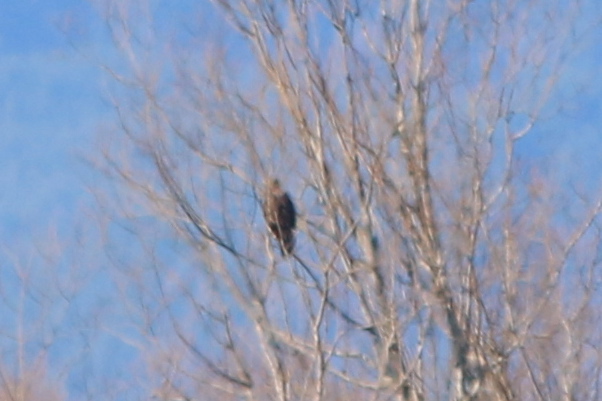 The view above looks possible, but a later photo made it look a bit different. 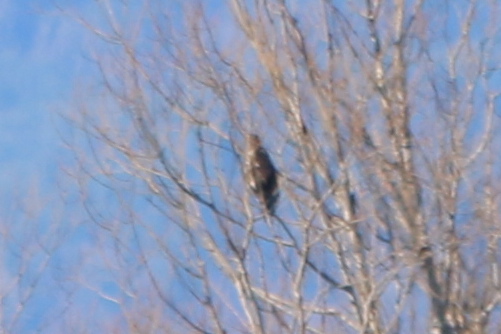 Now it appears to have some white on the belly, which would rule out Golden Eagle.  Crappy photos don't help.  The property I was viewing from is for sale for the low low price of... 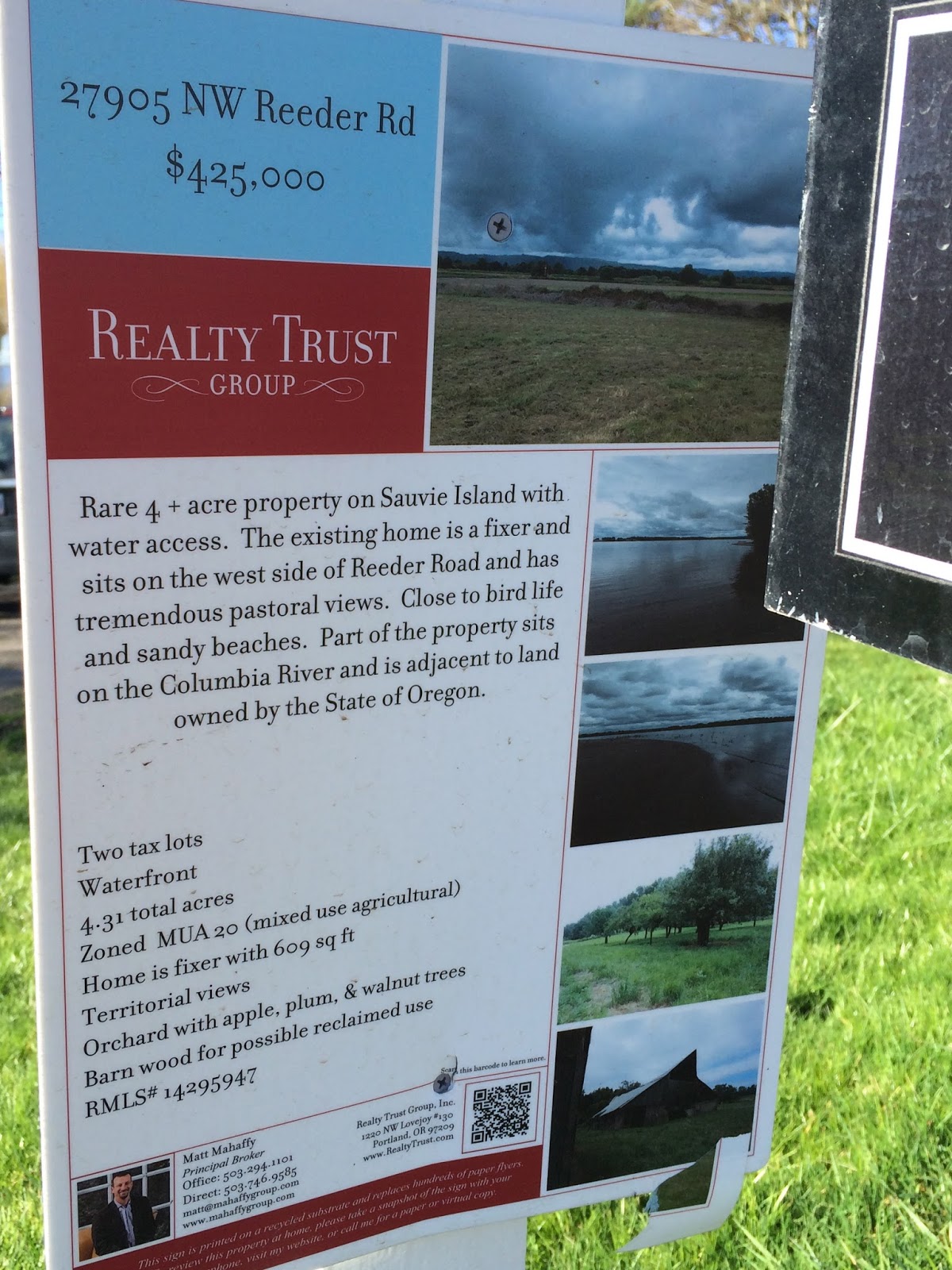 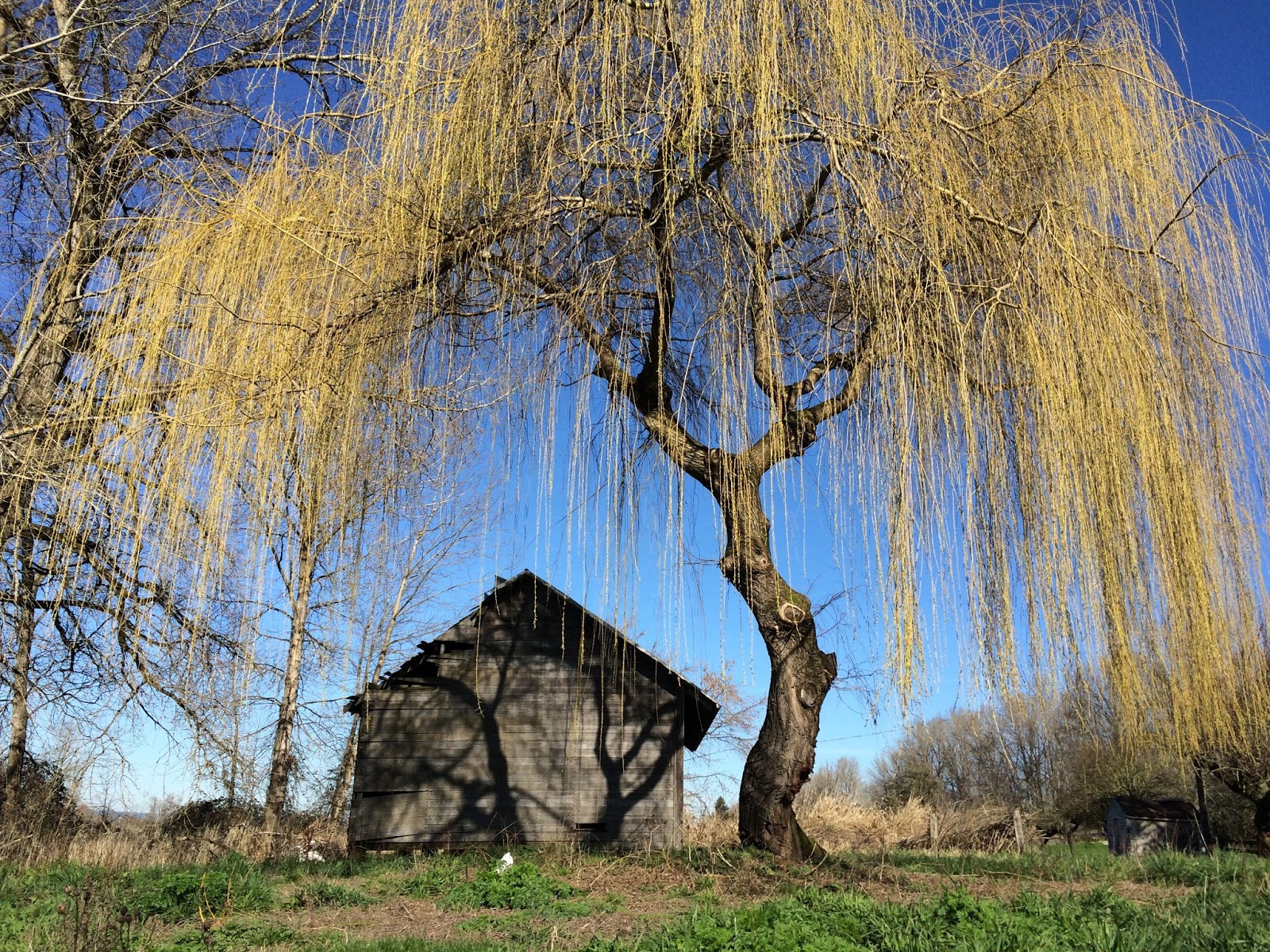 Alright, finally we made it to Rentenaar Road and I walked the dogs up and down to see what we could find. 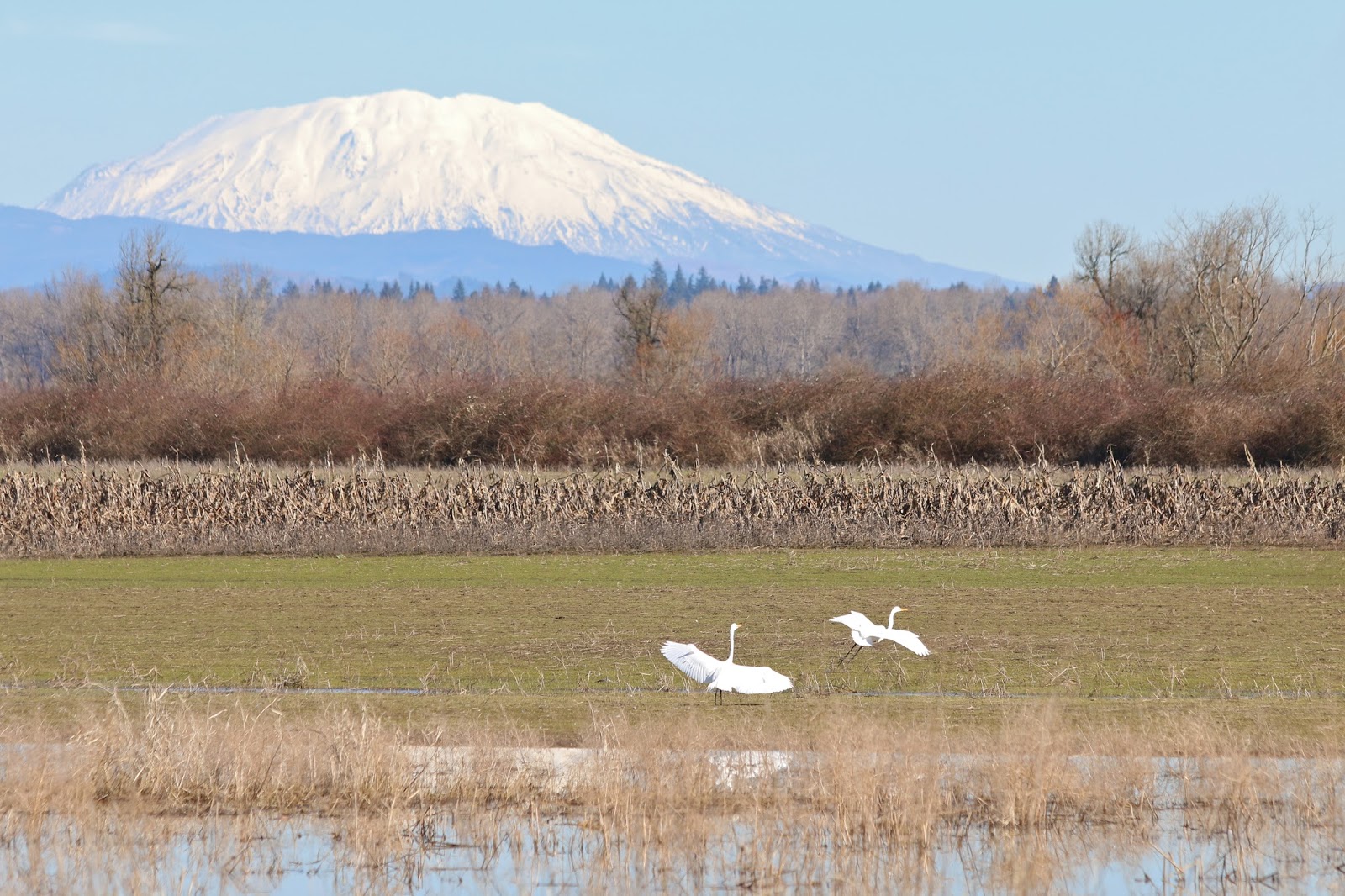 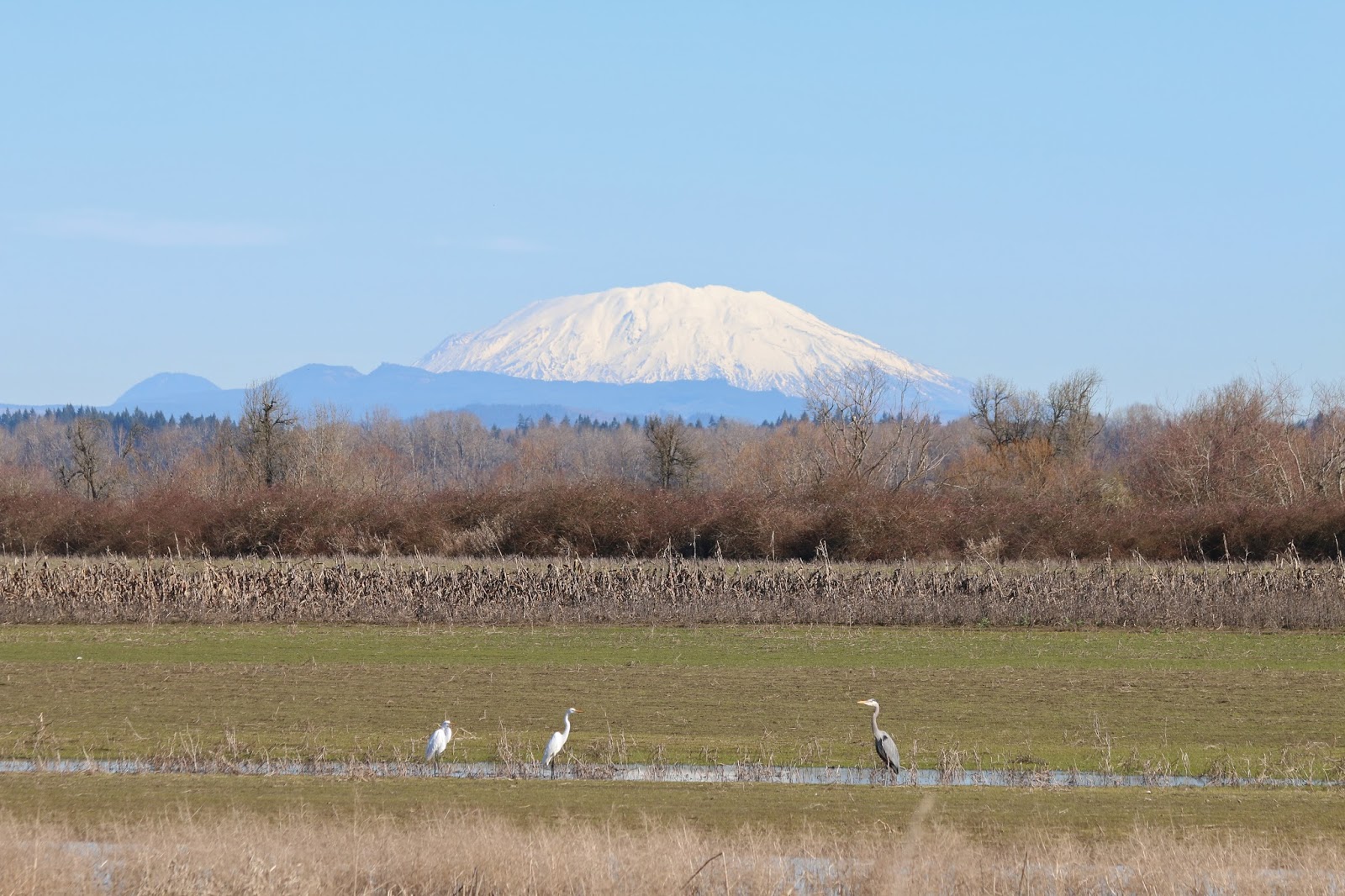 A big ole murder of 60+ crows was hanging out in the reeds, occasionally taking flight to really show their numbers. 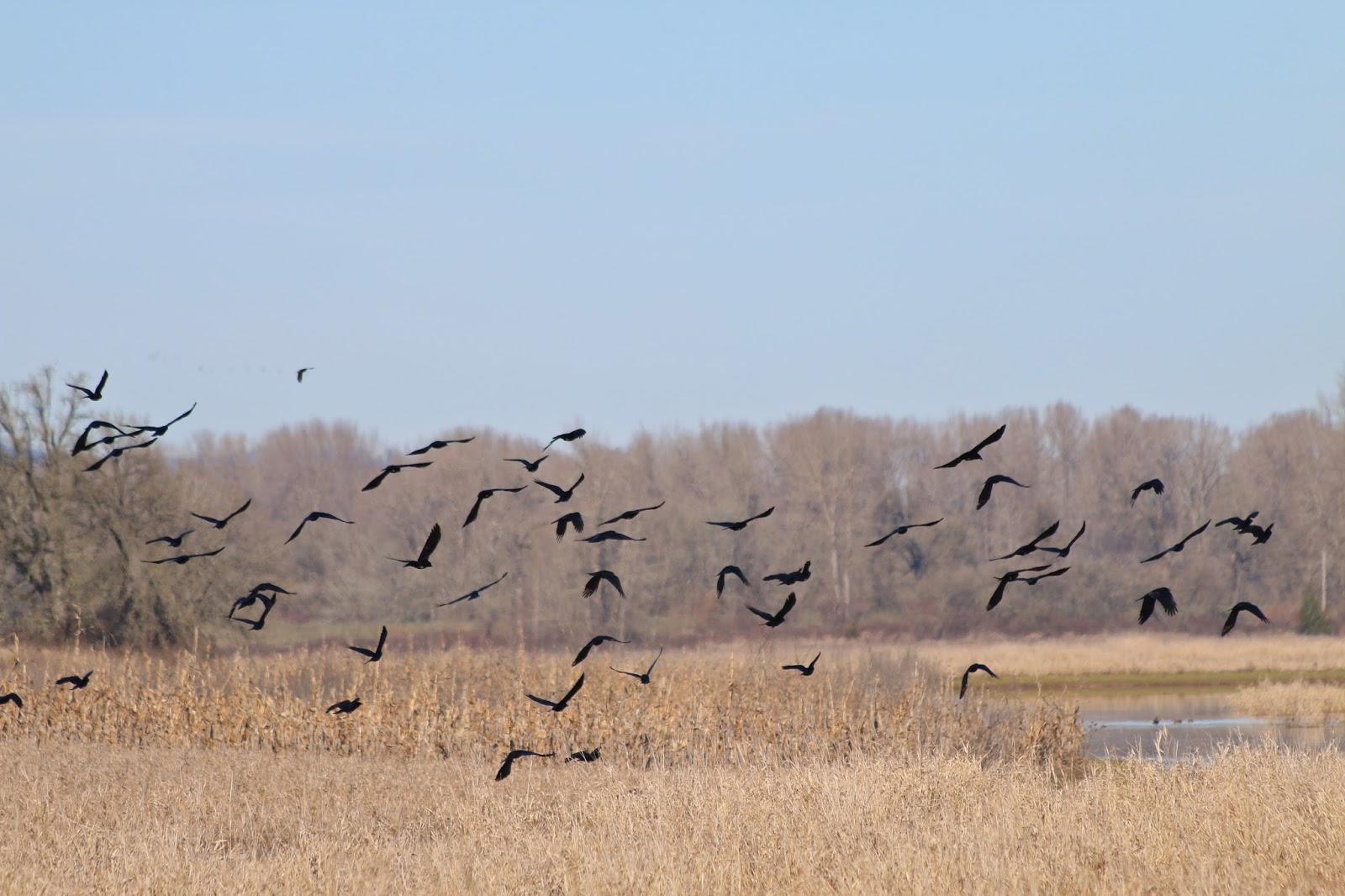 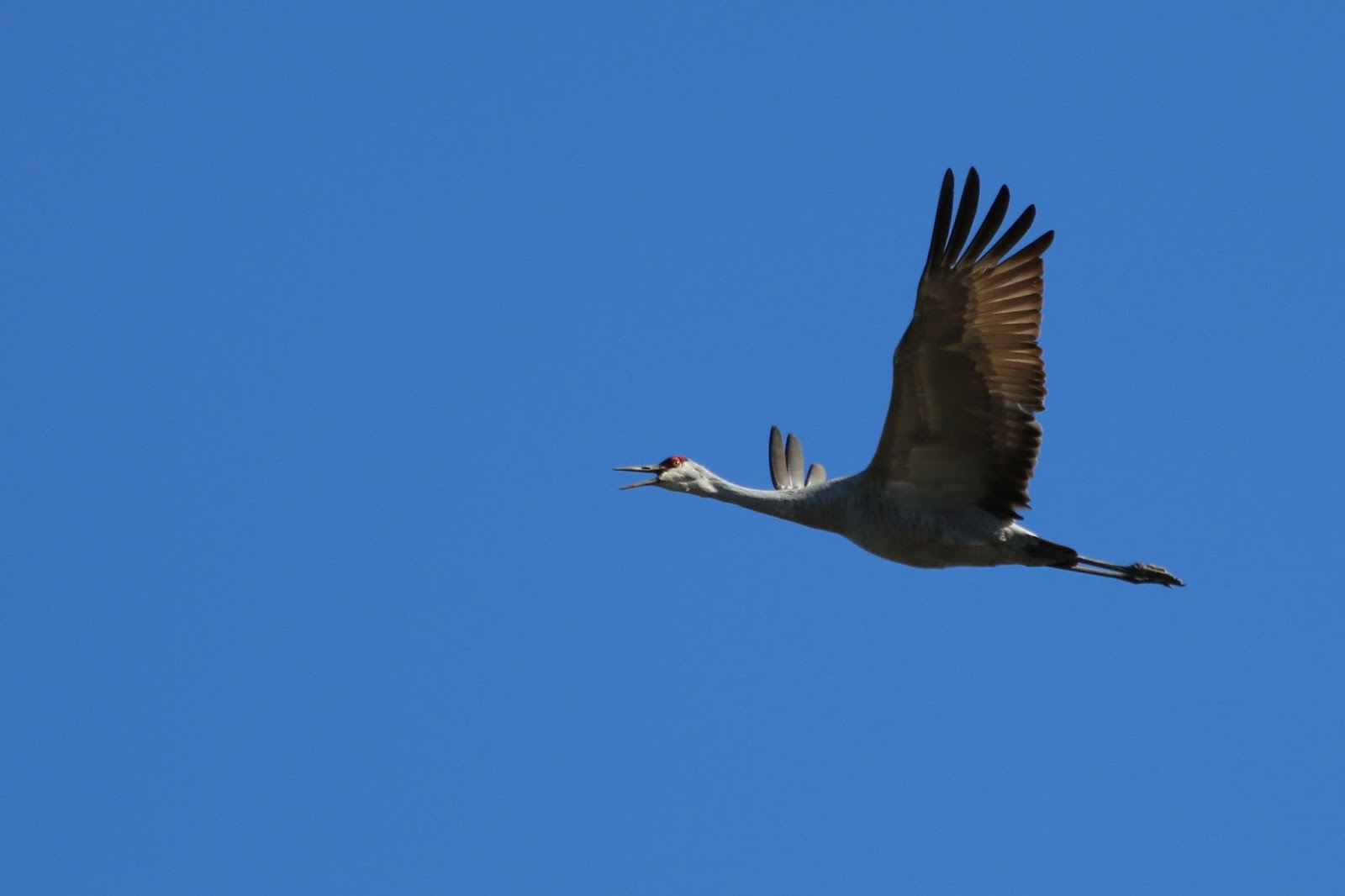 A couple of wild kitties got the dogs excited. 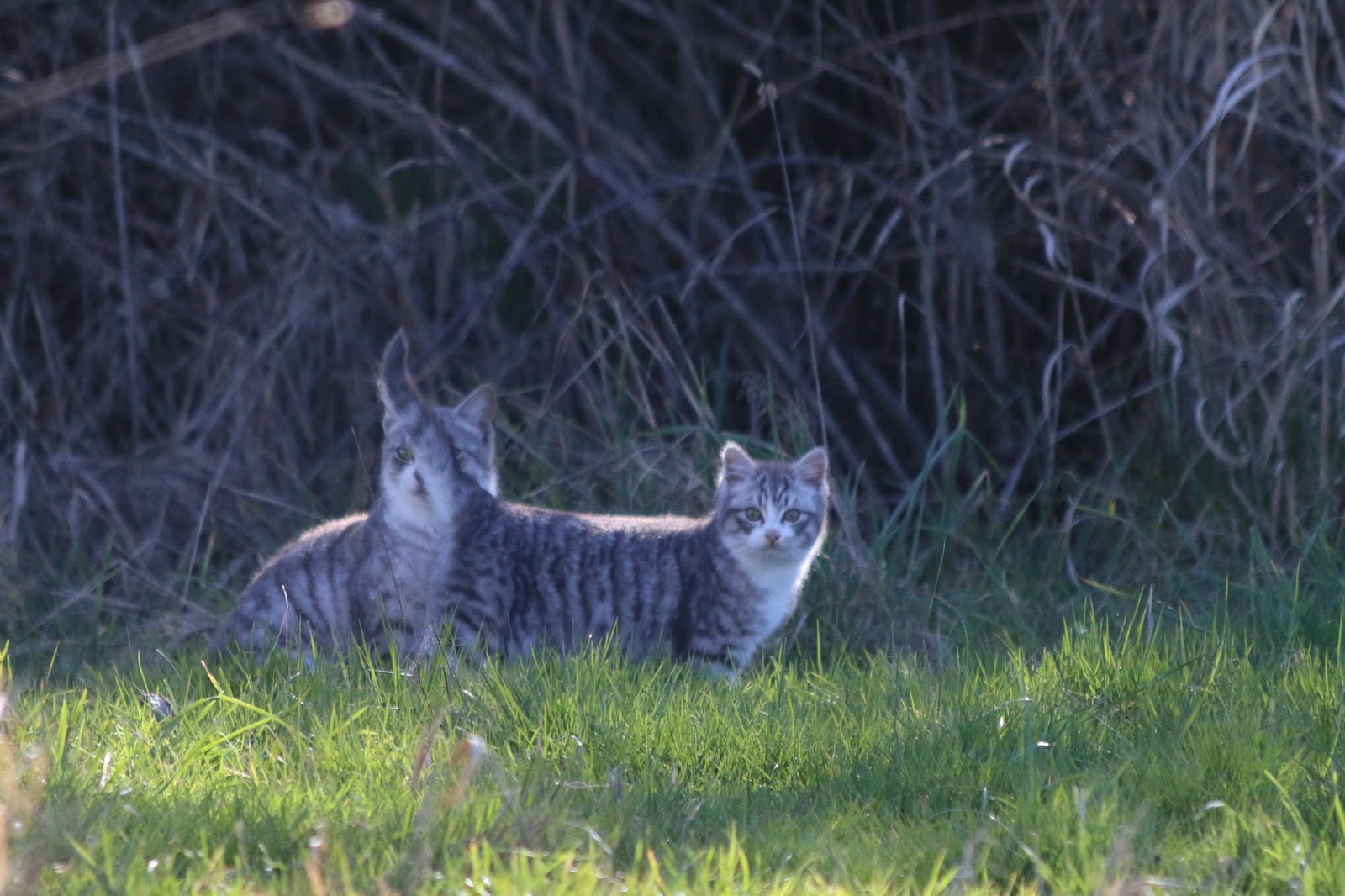 They're pretty cute with bright green eyes.  Someone should go trap them!  Nearby the kitty hangout is the area known for sparrows.  The only interesting one yesterday was the leucistic Golden-crowned Sparrow which looks way cooler in person than photos. 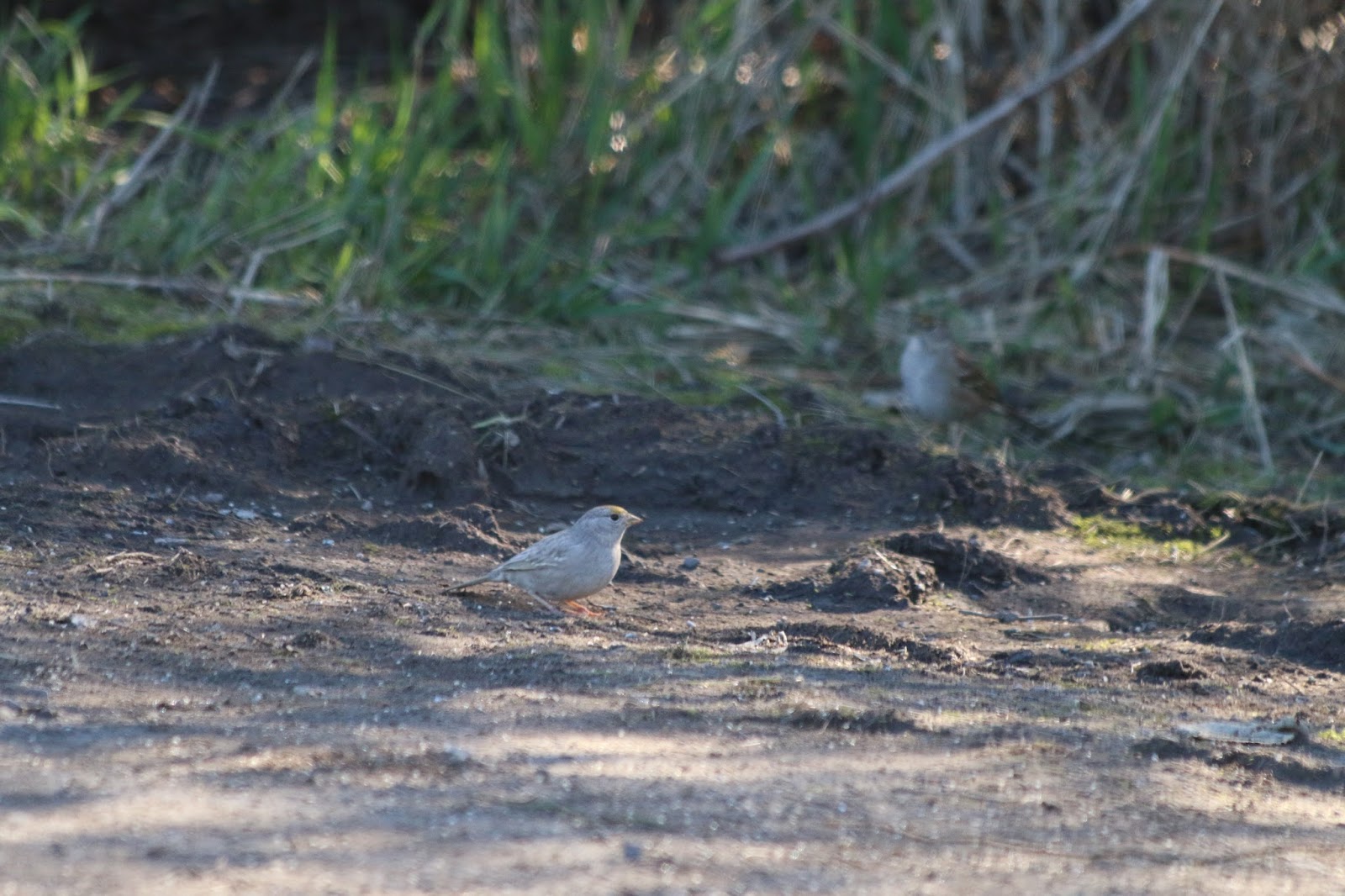 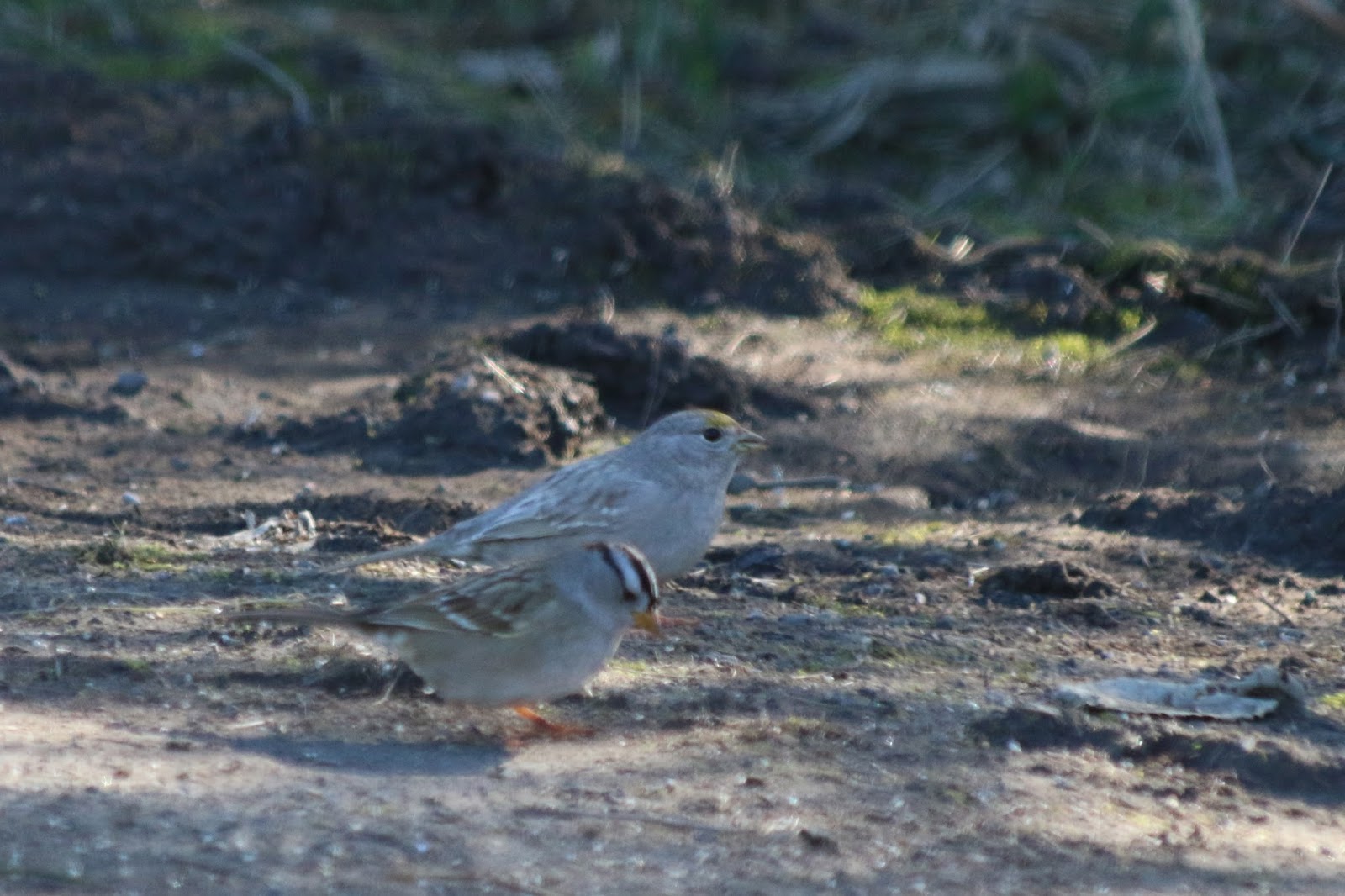 The mutts were stoked on their sunny walk, filled with animal smells and sounds, and stuff to pee on. 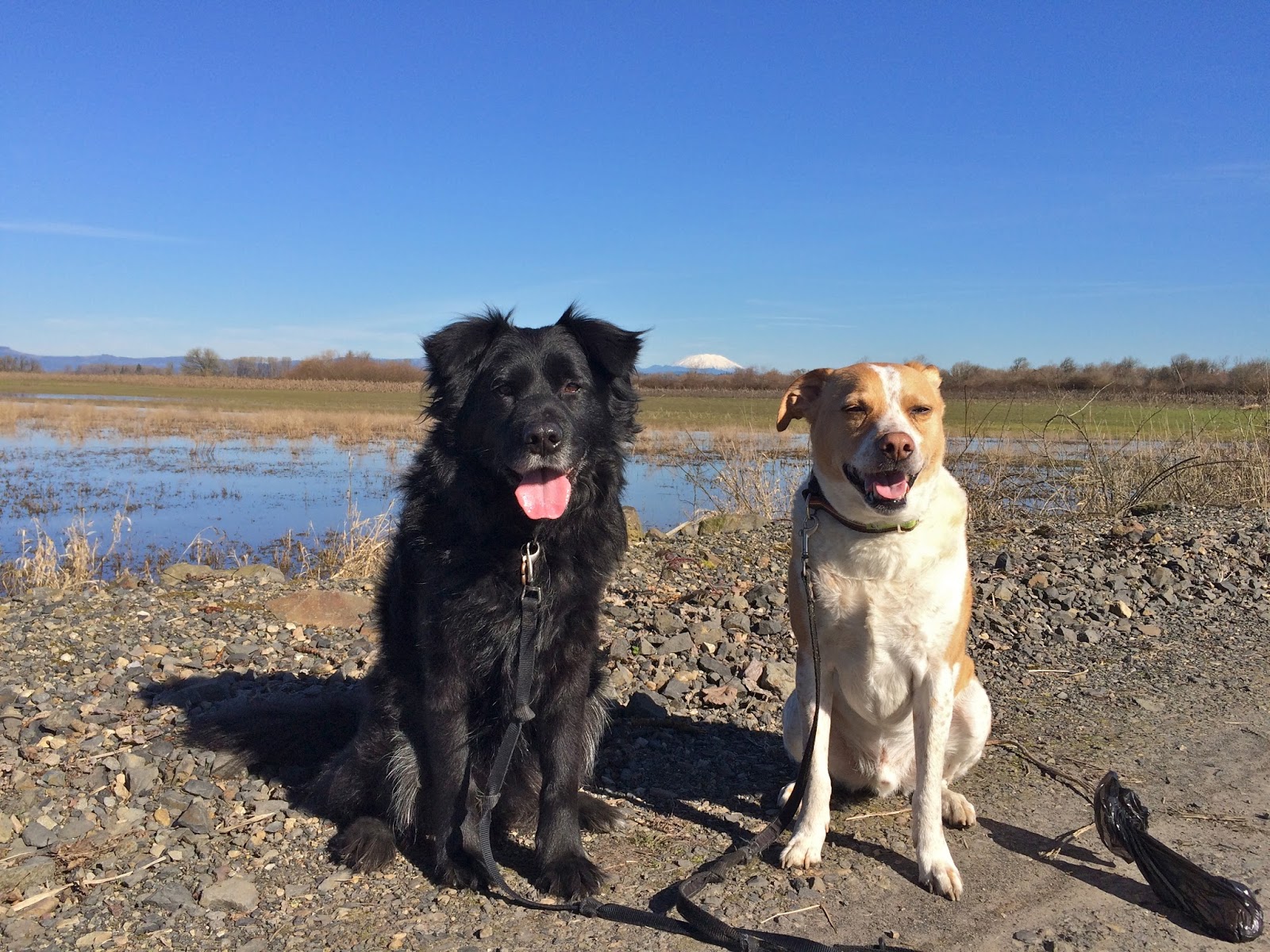 I think we all agreed that the California Quail sounds coming from the blackberry bushes were the best sounds of the day.

After Rentenaar I stopped by Gillihan Road again and found Colby looking for the Tricolored.  He thought he had seen it earlier, but wanted a better look.  I gave it another half hour before giving up again.   Oh well, it was a beautiful day to spend outside with several FOY species for me.  Good times! 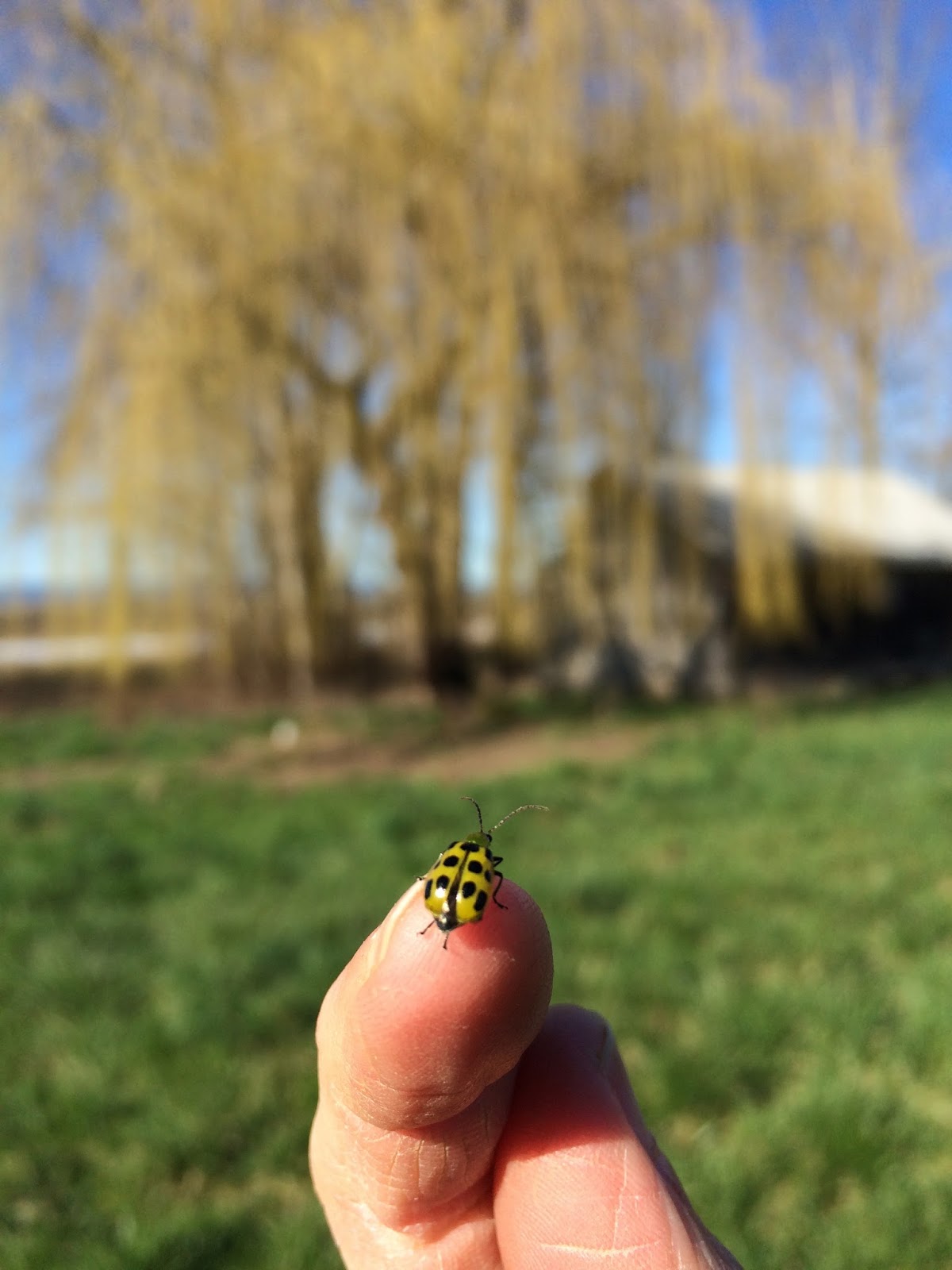