I've been sick all week, much like the rest of Portland it seems, but thankfully I'm on the mend.  The chills and sweats are over, the sore throat is fading, and my brain is functioning enough for me to use a computer.  So here is what I have for you. 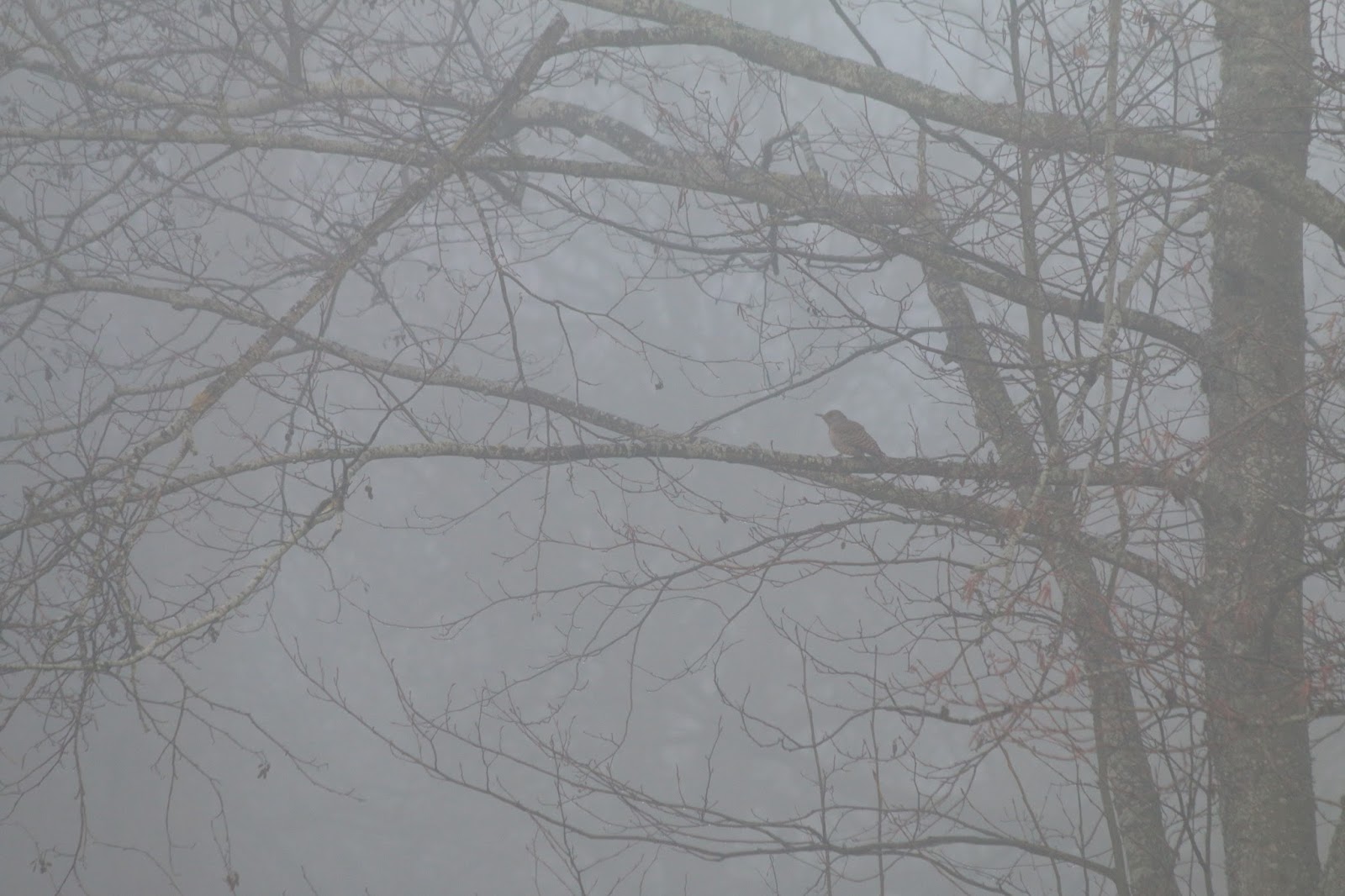 The week before I got sick Portland looked like this every morning.

The Great Horned Owls that nest along my dog walk route have hatched an owlet for the third year in a row.  Unfortunately I have only seen said owlet once, in this awesome/terrible fog. 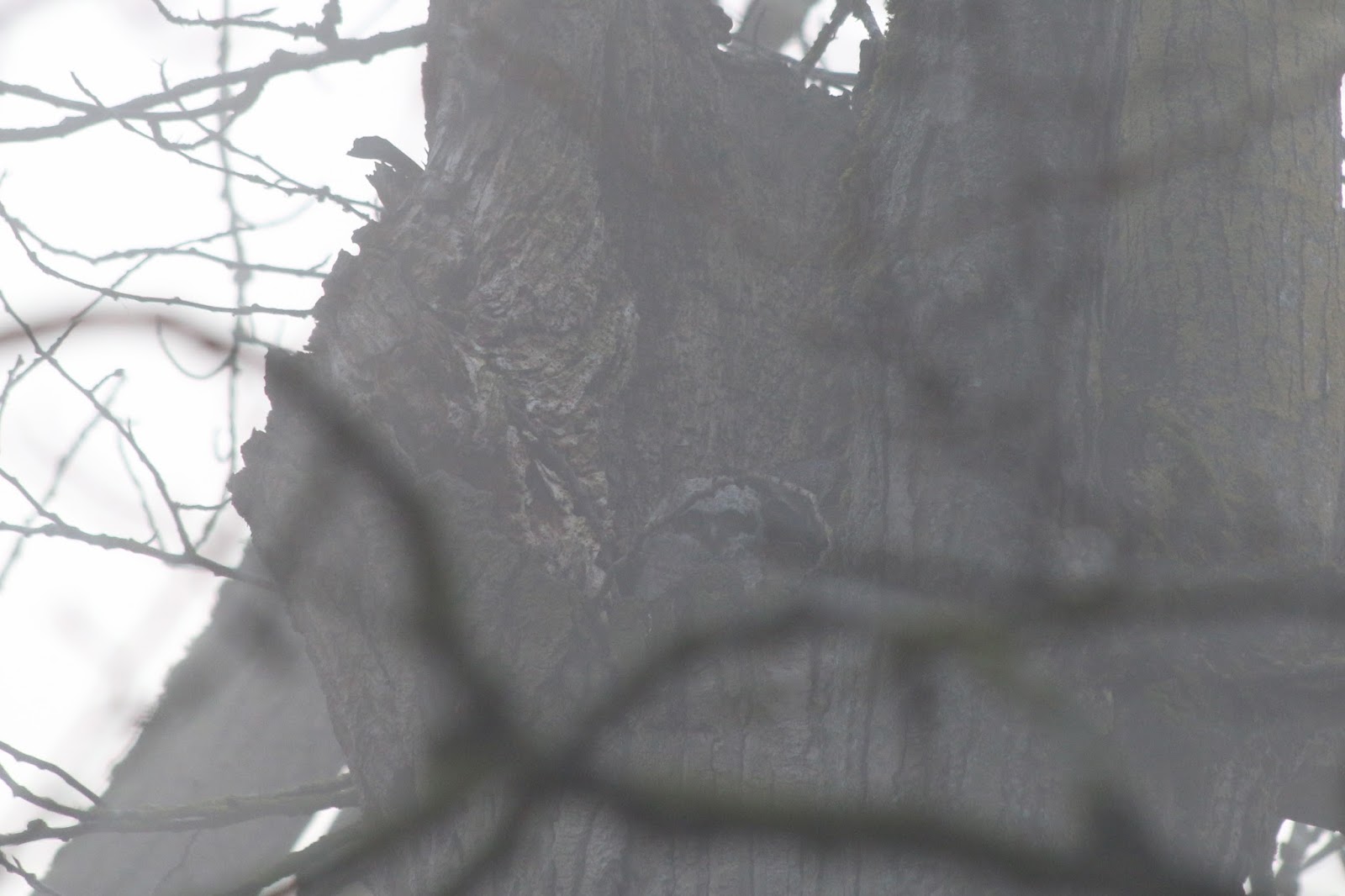 I was trying to ID one of the rabbits nearby and all I could come up with was Eastern cottontail.  Is that right? 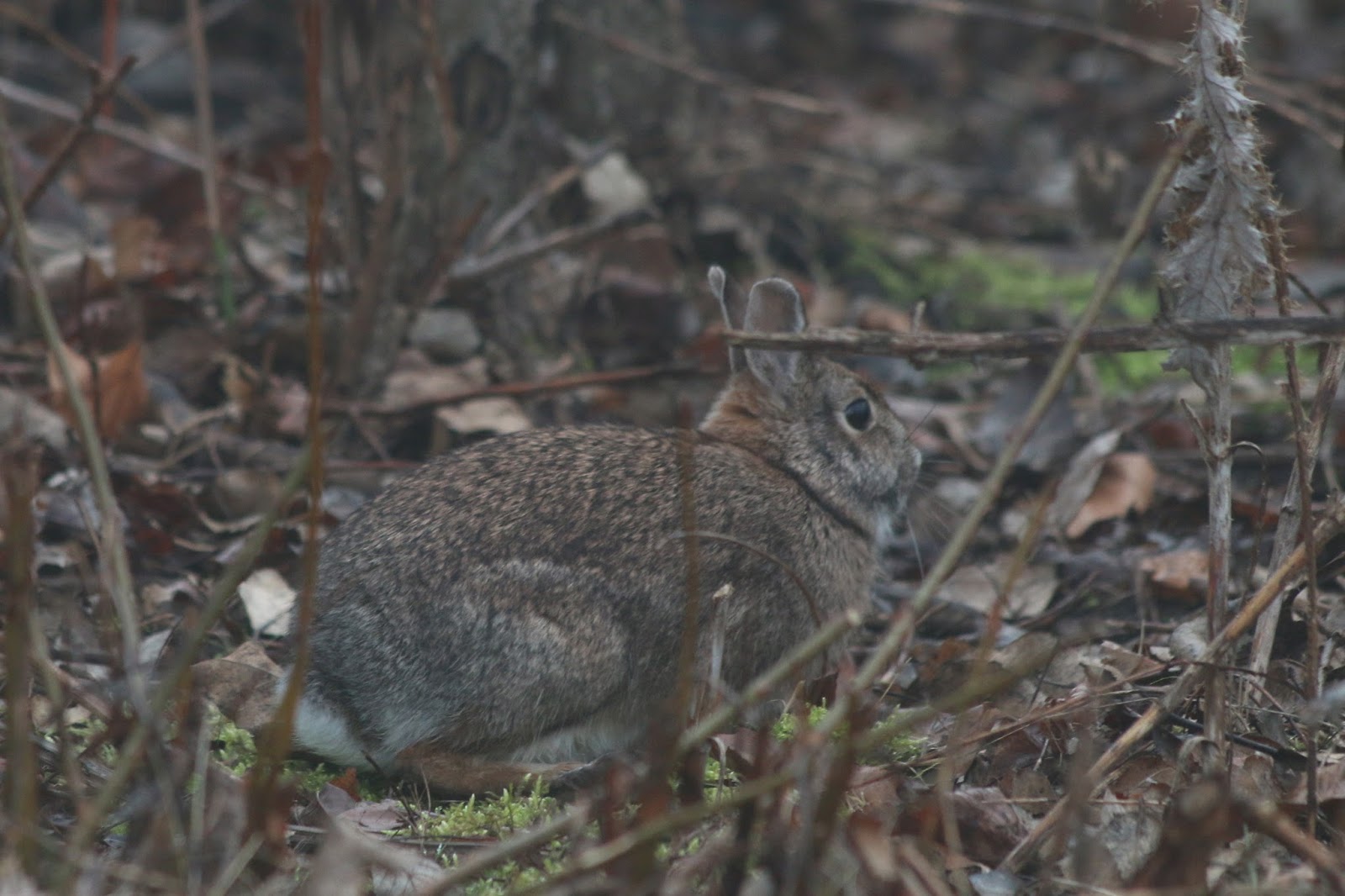 Last Sunday I was still healthy and my friend and I ventured to Astoria to see the Black-headed Gull.  It took about twenty minutes of waiting before it flew in to one of its regular spots on the pilings in Youngs Bay. 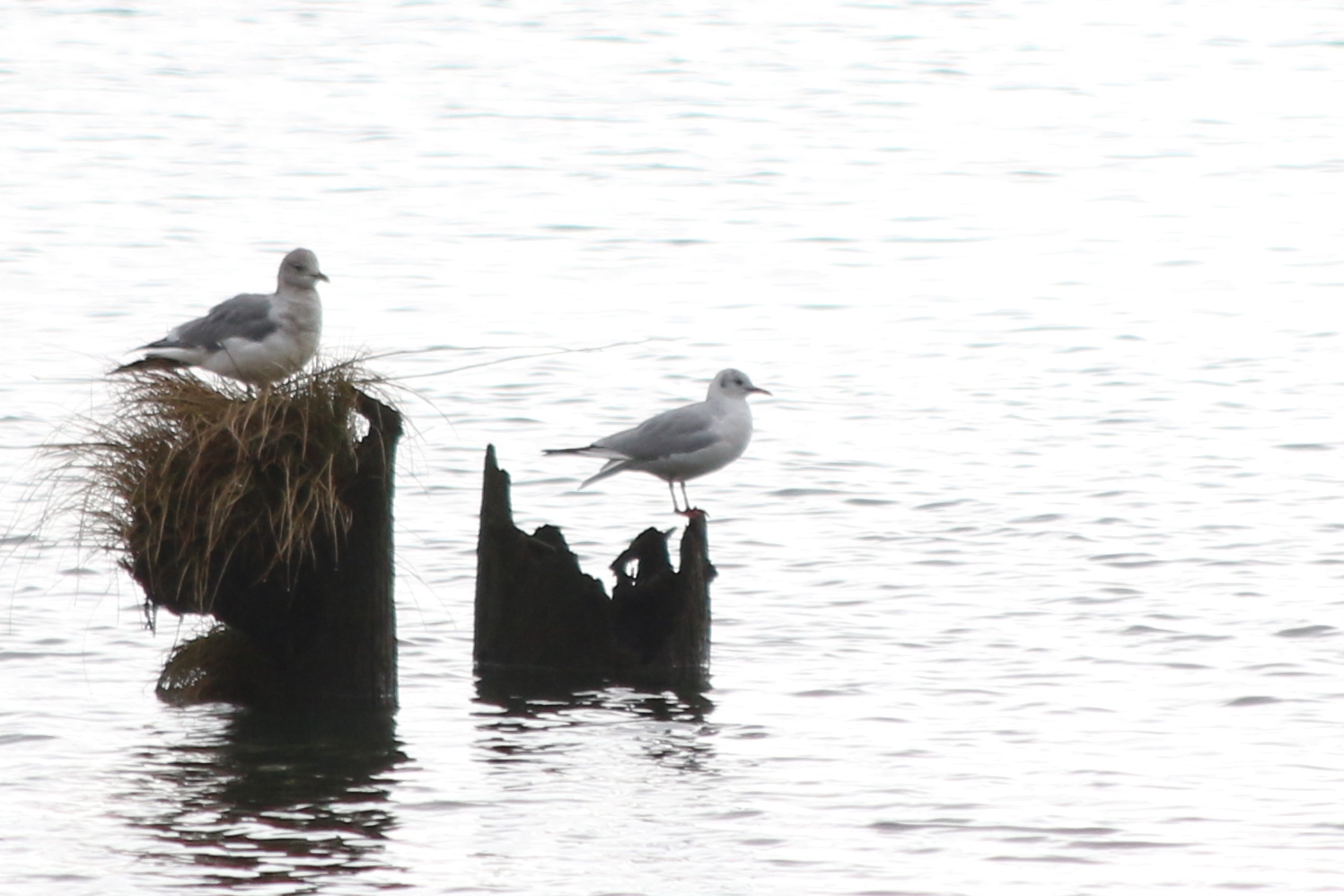 The Mew Gulls constantly fought over the pilings and the Black-headed Gull was not too cool to get caught up in the drama.  After being booted from the above piling, and failing to dethrone another Mew Gull from its piling, he came to rest on an empty piling where he stayed until we left. 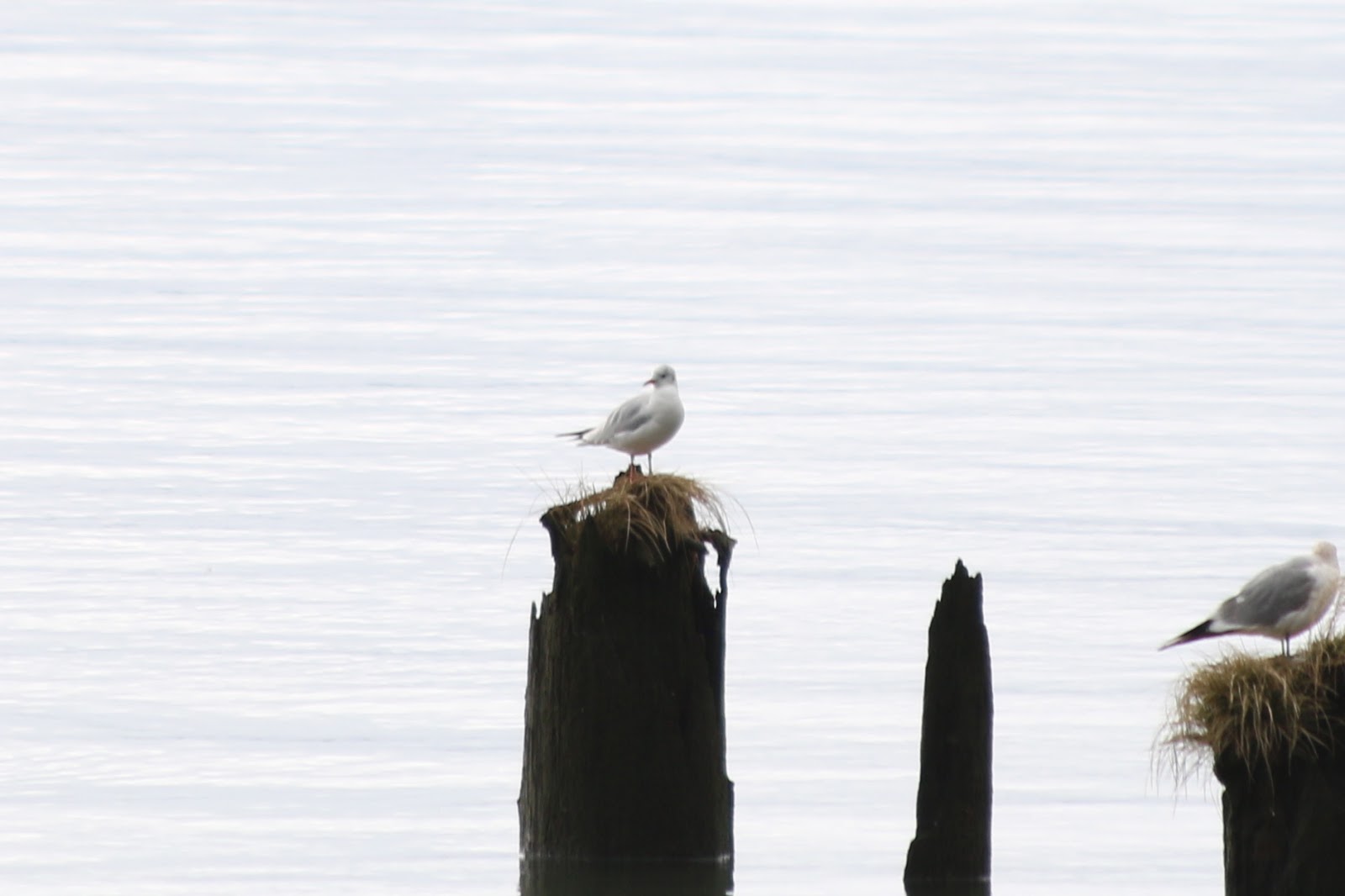 Yay second lifer of 2015.  The Black-headed Gull was my 305th bird photographed in Oregon which is awesome.

On Monday I woke up feeling sick, but not super sick yet.  I decided a drive around Ridgefield would be a good mellow outing.  It was in fact so mellow that all I have to show you is this Red-tailed Hawk that you don't care about. 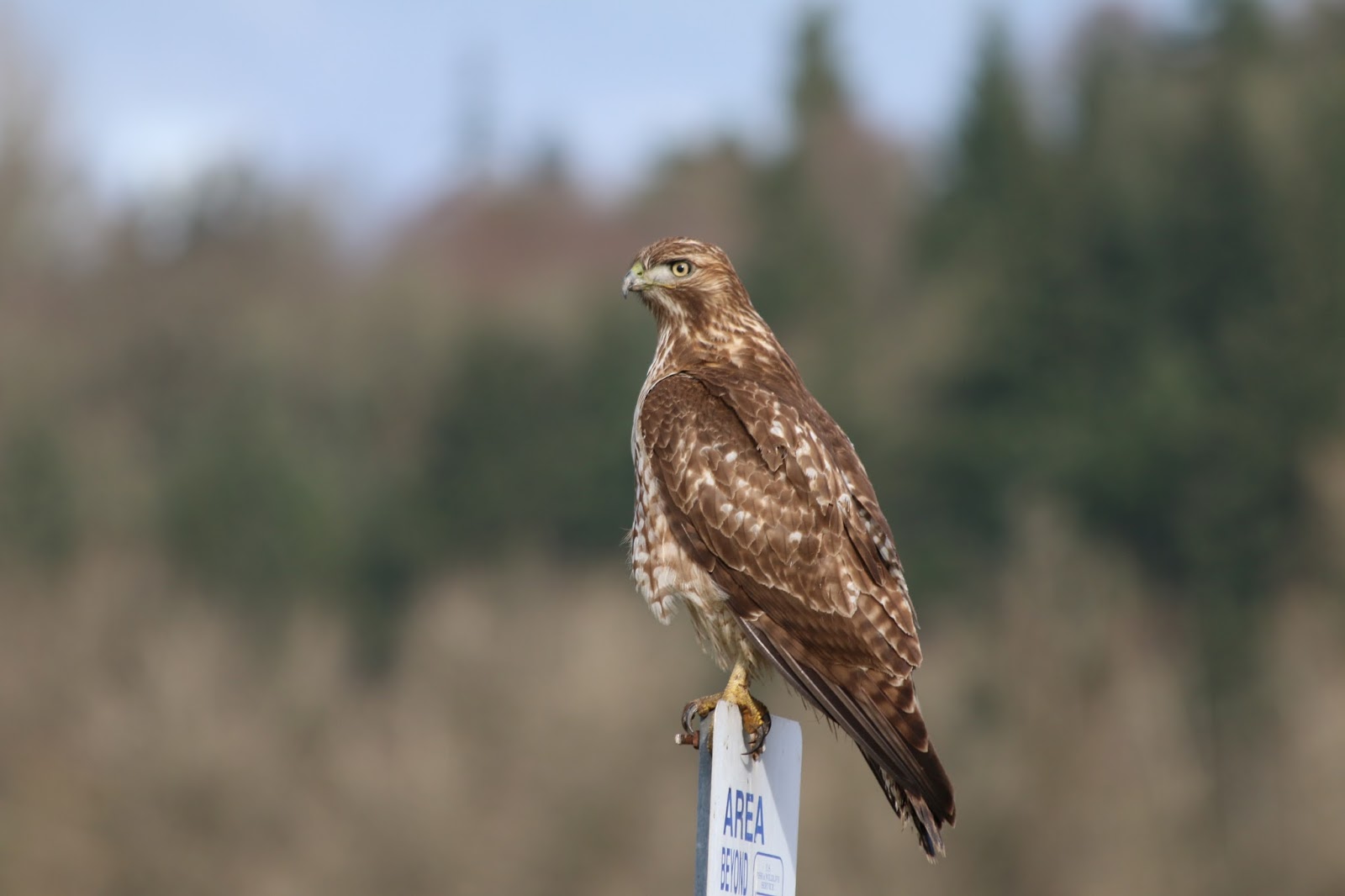 He doesn't care about you either, it's okay.