I have lived in Oregon for over 13 years and had never hiked the cape trail at Cape Lookout until yesterday.  Shame on me.  The only way I can make up for this oversight is to strongly encourage you to go out there now!  Gray whales are migrating through and many hug the cape as they travel since it sticks out so far.  Plus the trail is a delightfully muddy mess filled with blooming trilliums and violets. 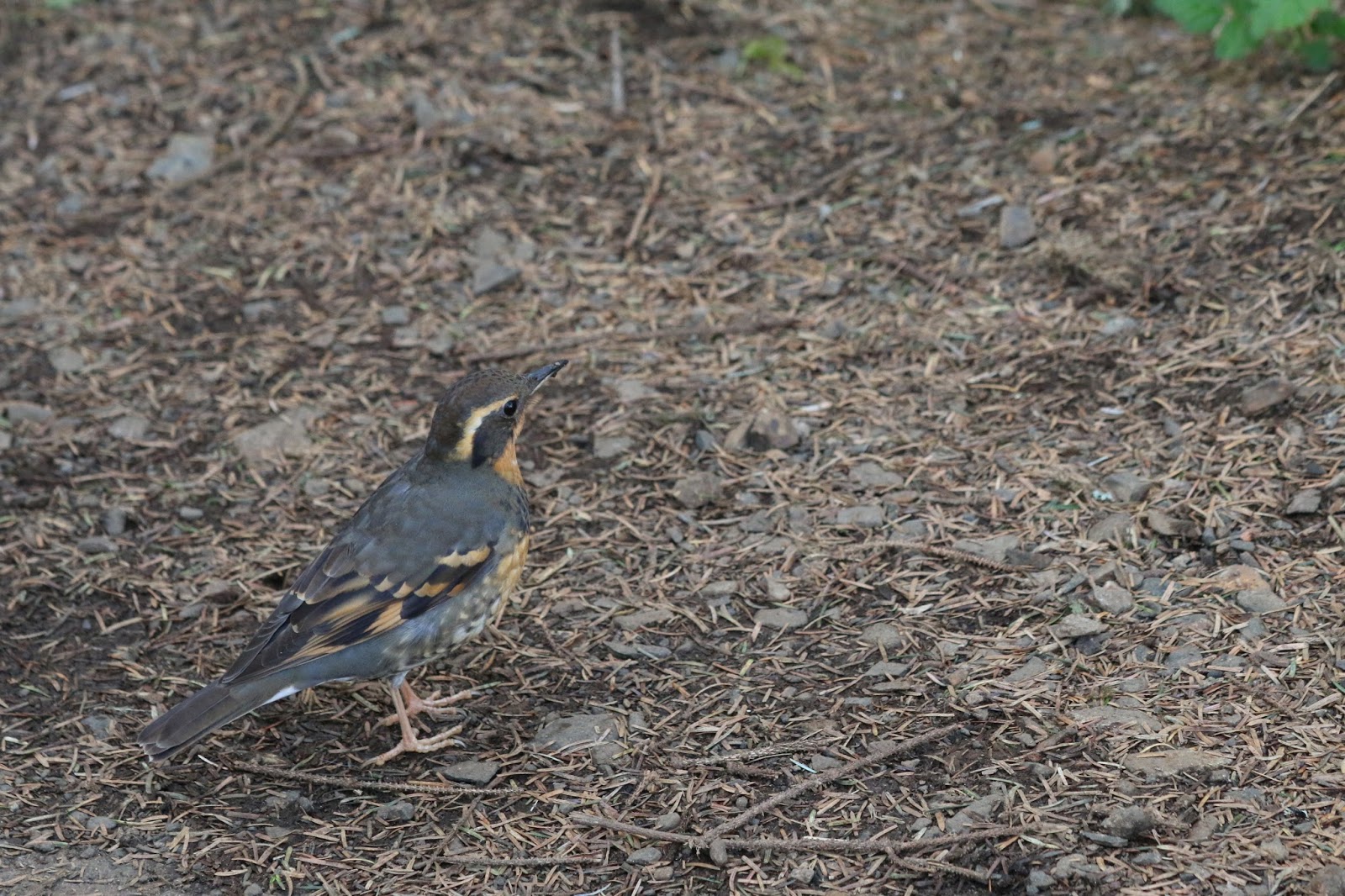 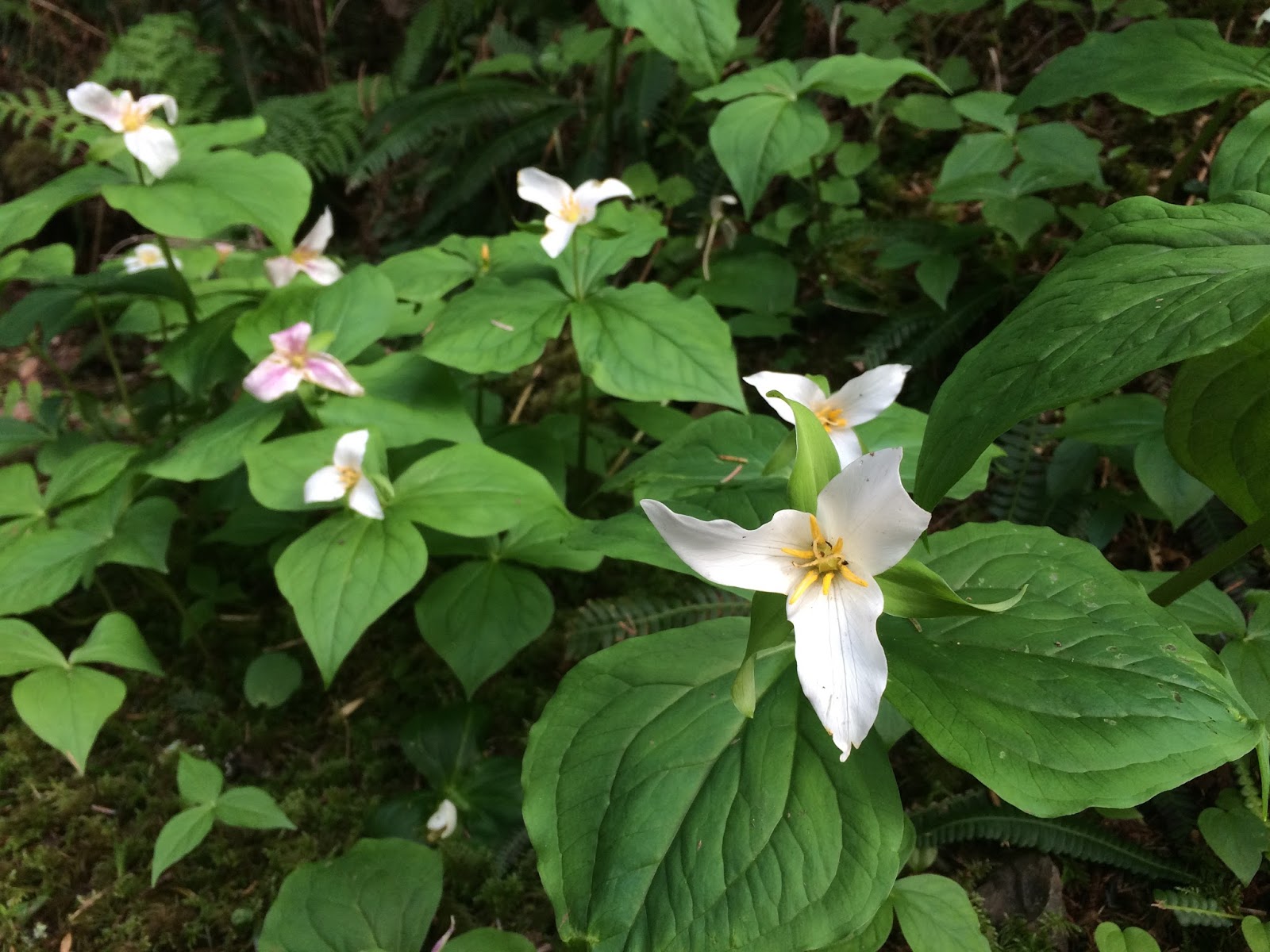 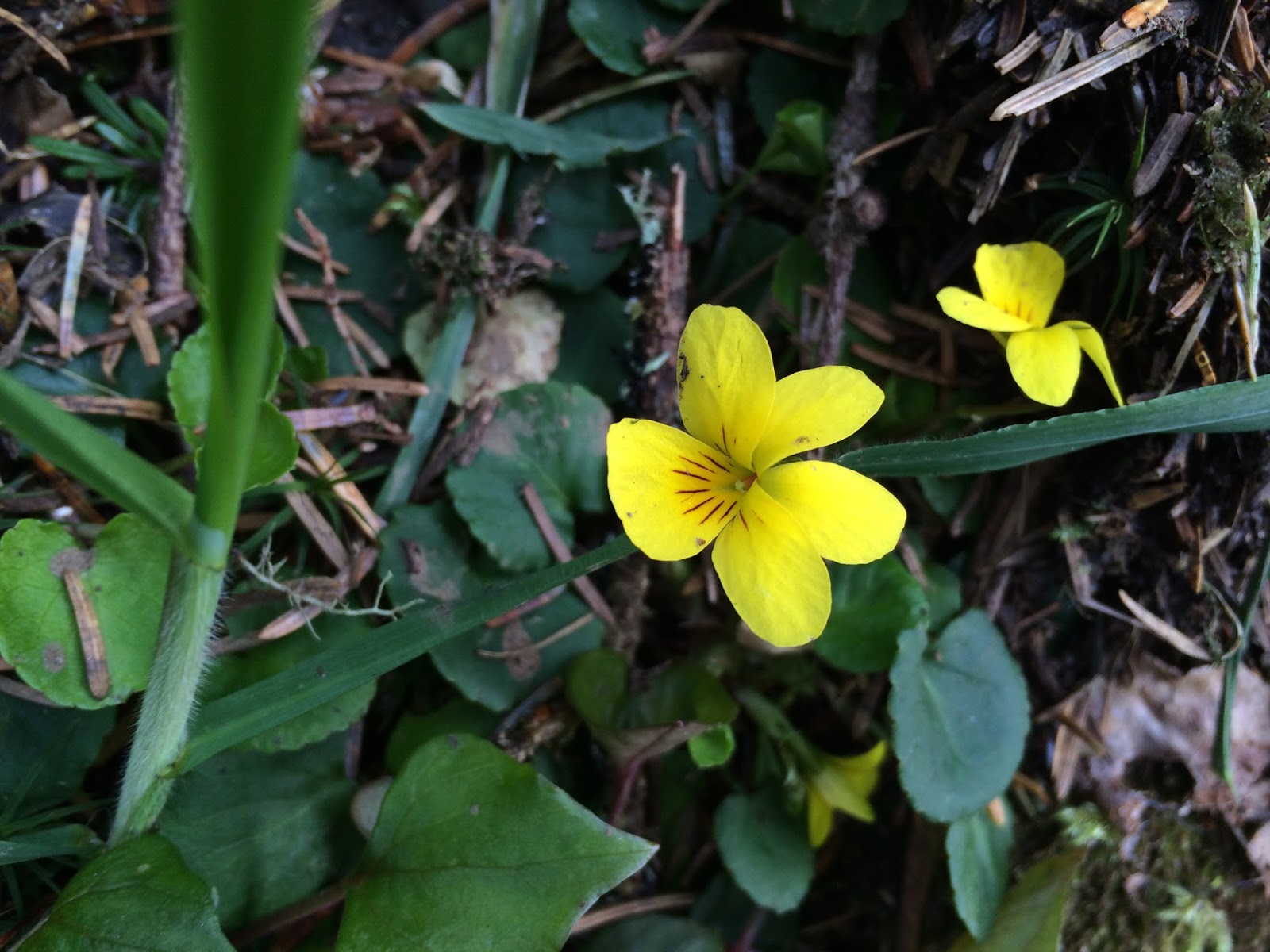 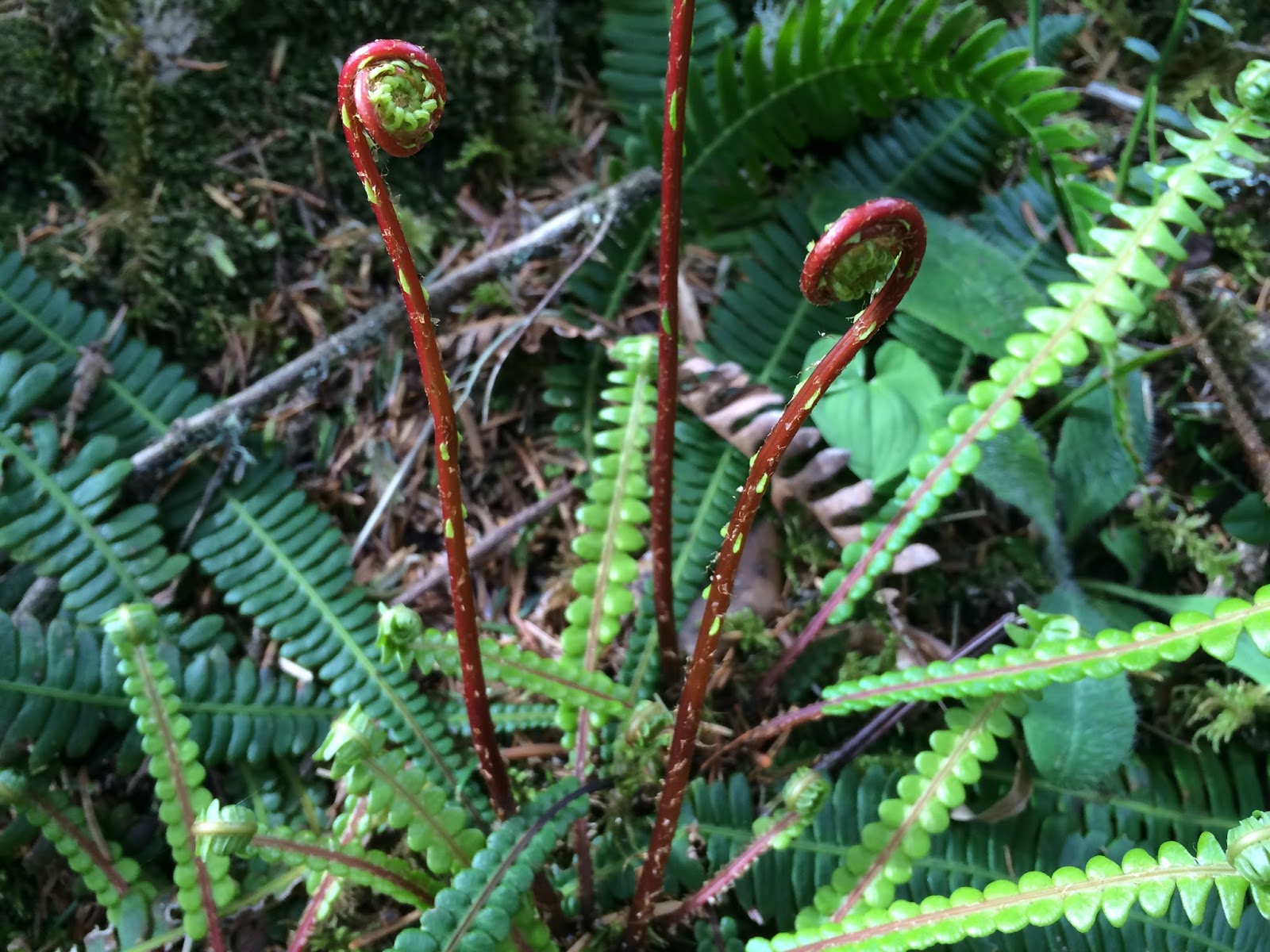 Tree roots seem to be the only thing keeping the whole place from washing away in a chocolatey muddy soup. 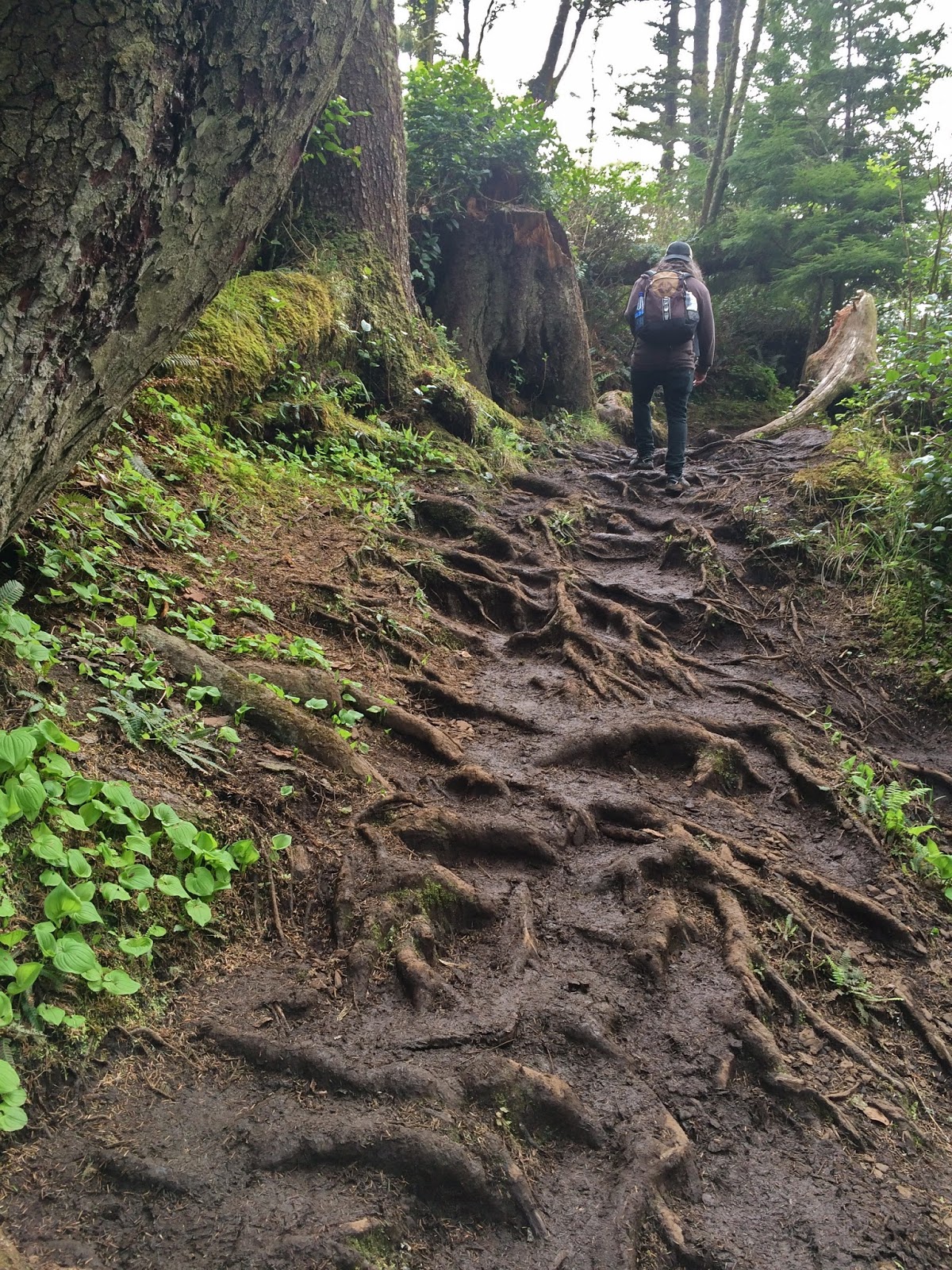 We spotted whales from almost every opening in the trees along the 2.5 mile hike to the tip. 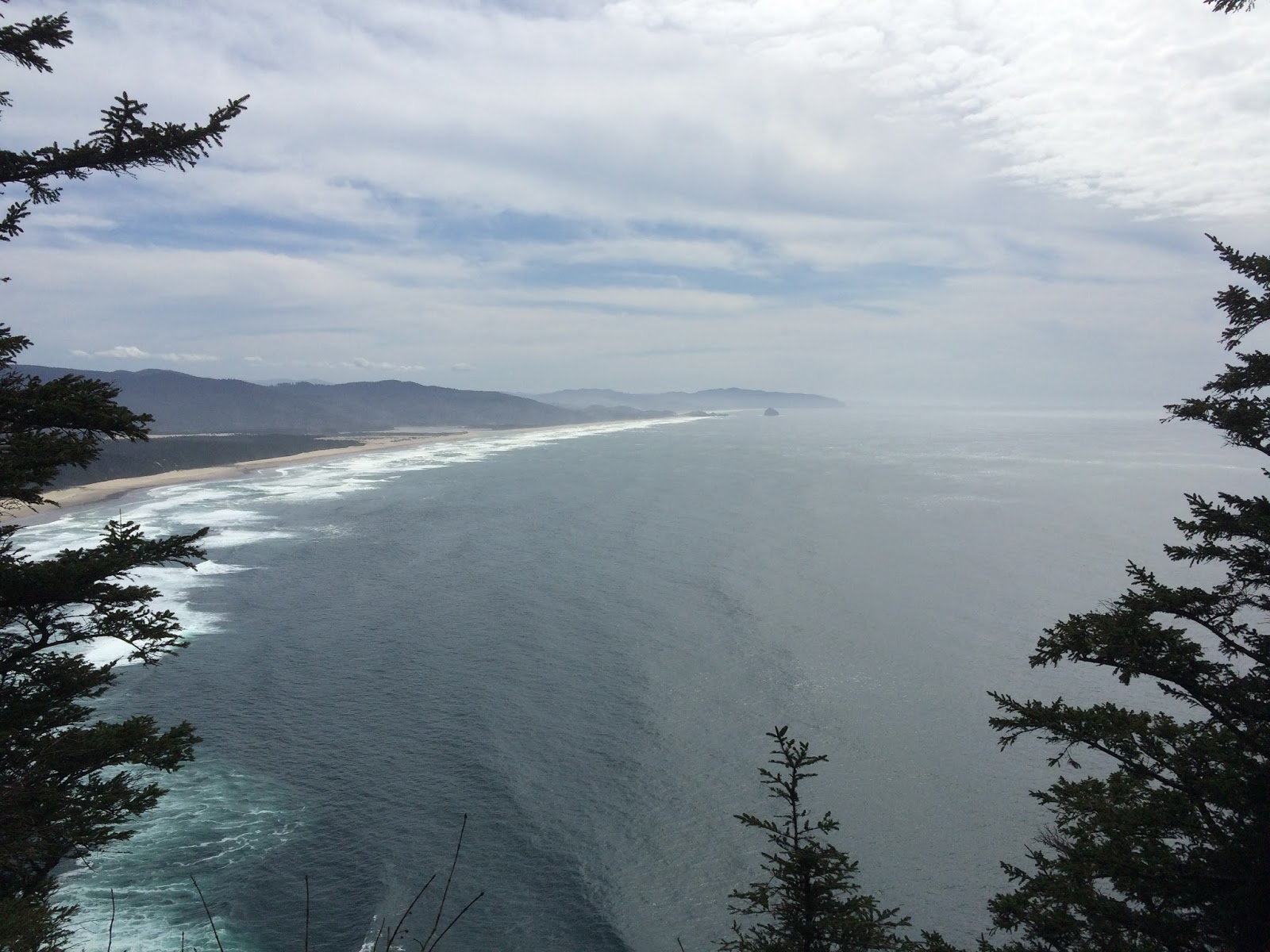 There were also Common Murres, Surf Scoters, all three cormorants, Western Gulls, and Horned Grebes out on the water.  From the forest a neverending chorus of Pacific Wrens and Golden-crowned Kinglets dominated, occasionally accompanied by Red Crossbills, Wrentits, Varied Thrushes and Brown Creepers. 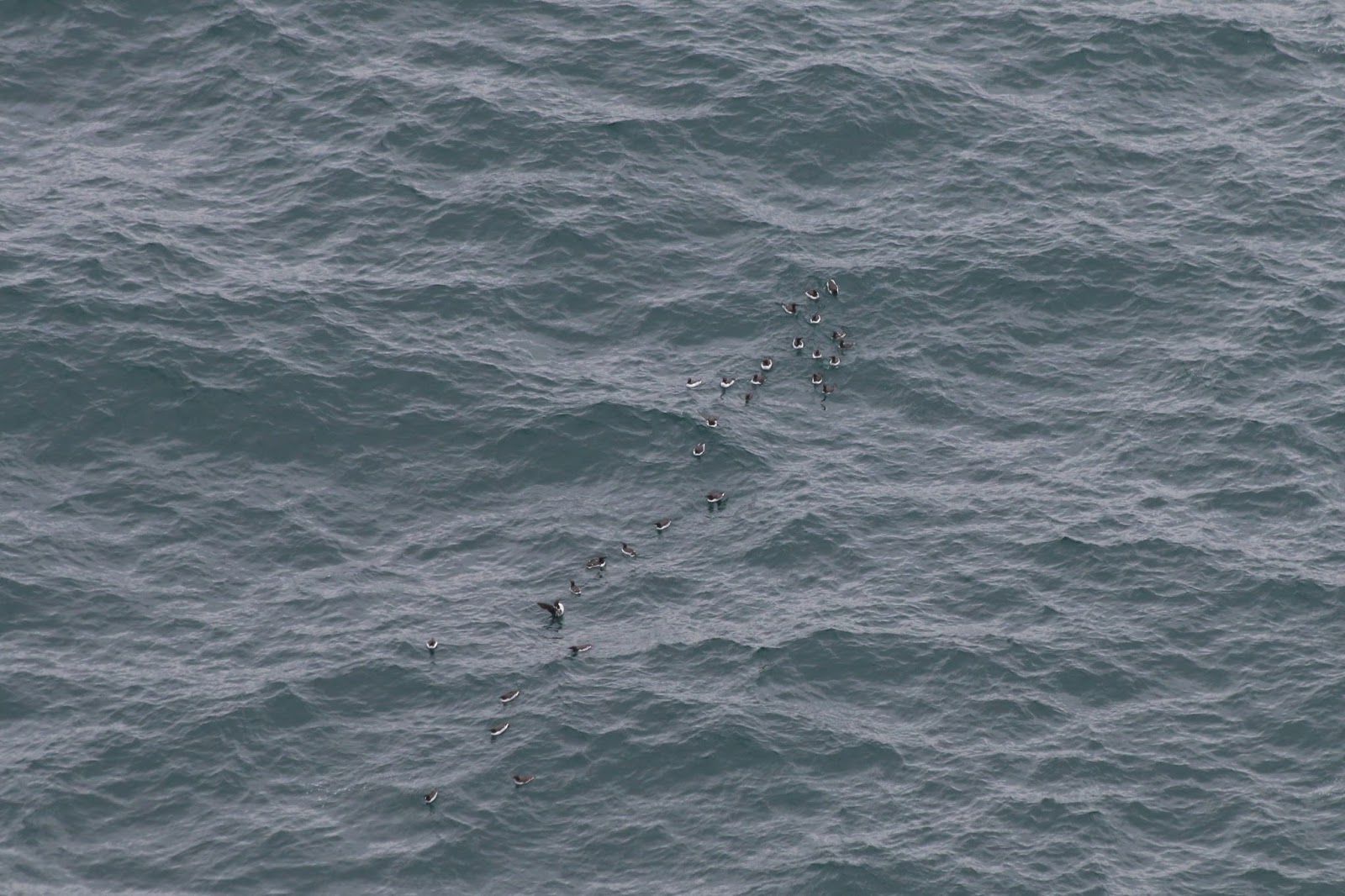 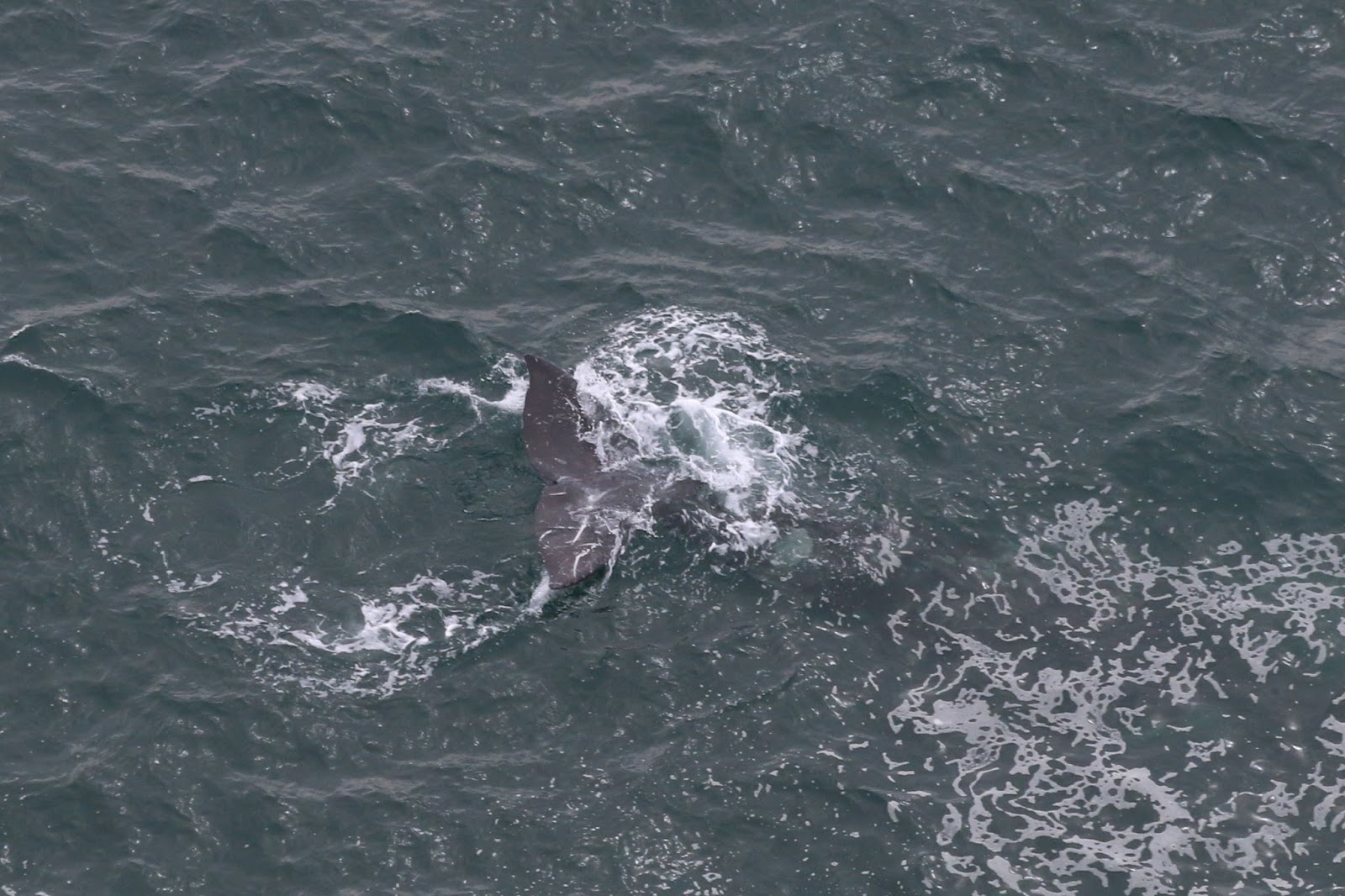 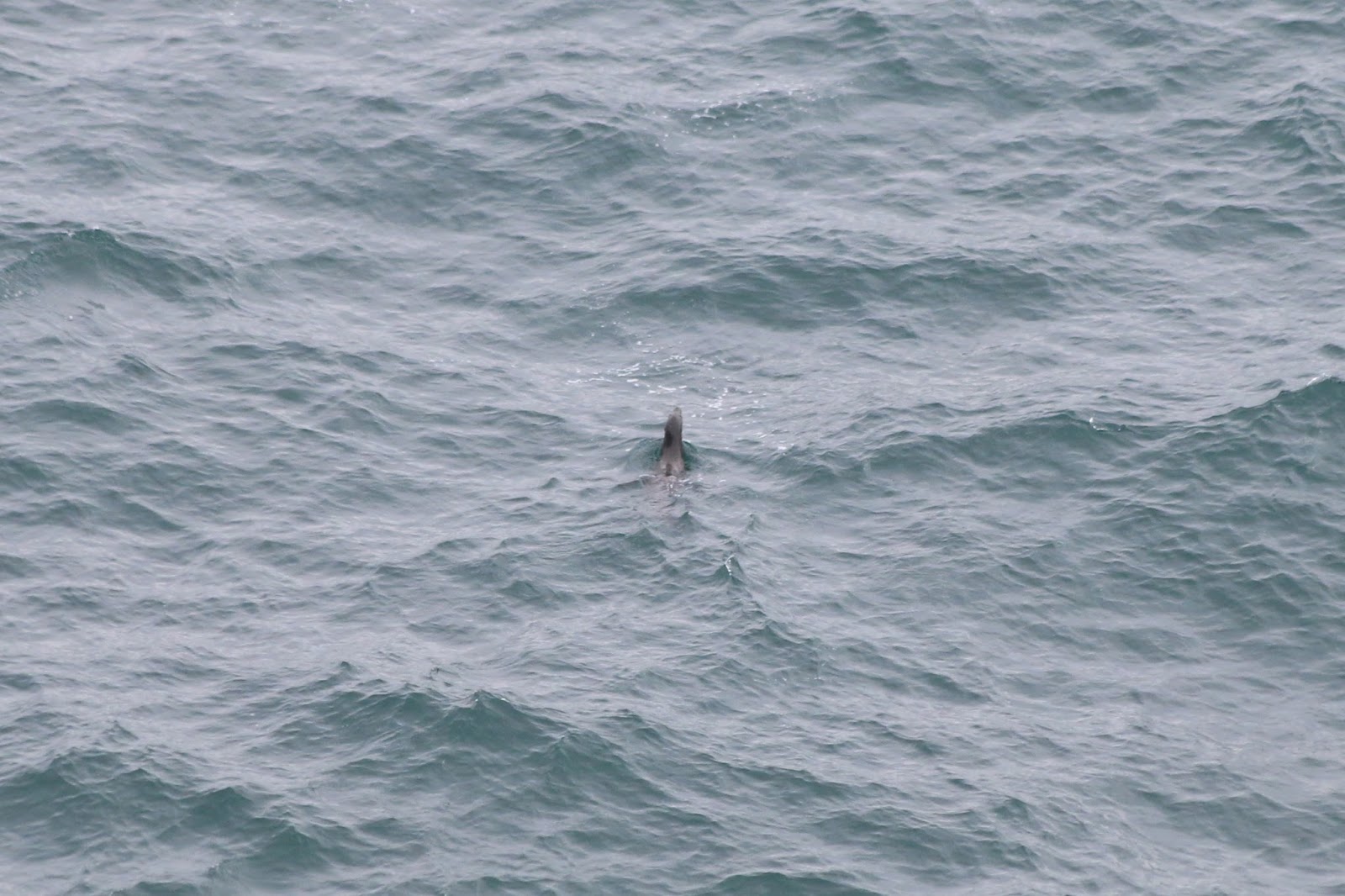 We hiked to the tip assuming that would be the best place for spotting whales, but we quickly realized we had passed far better (or luckier) spots along the way.  On the return trip we were stoked to watch three gray whales emerge from the water at the same time. 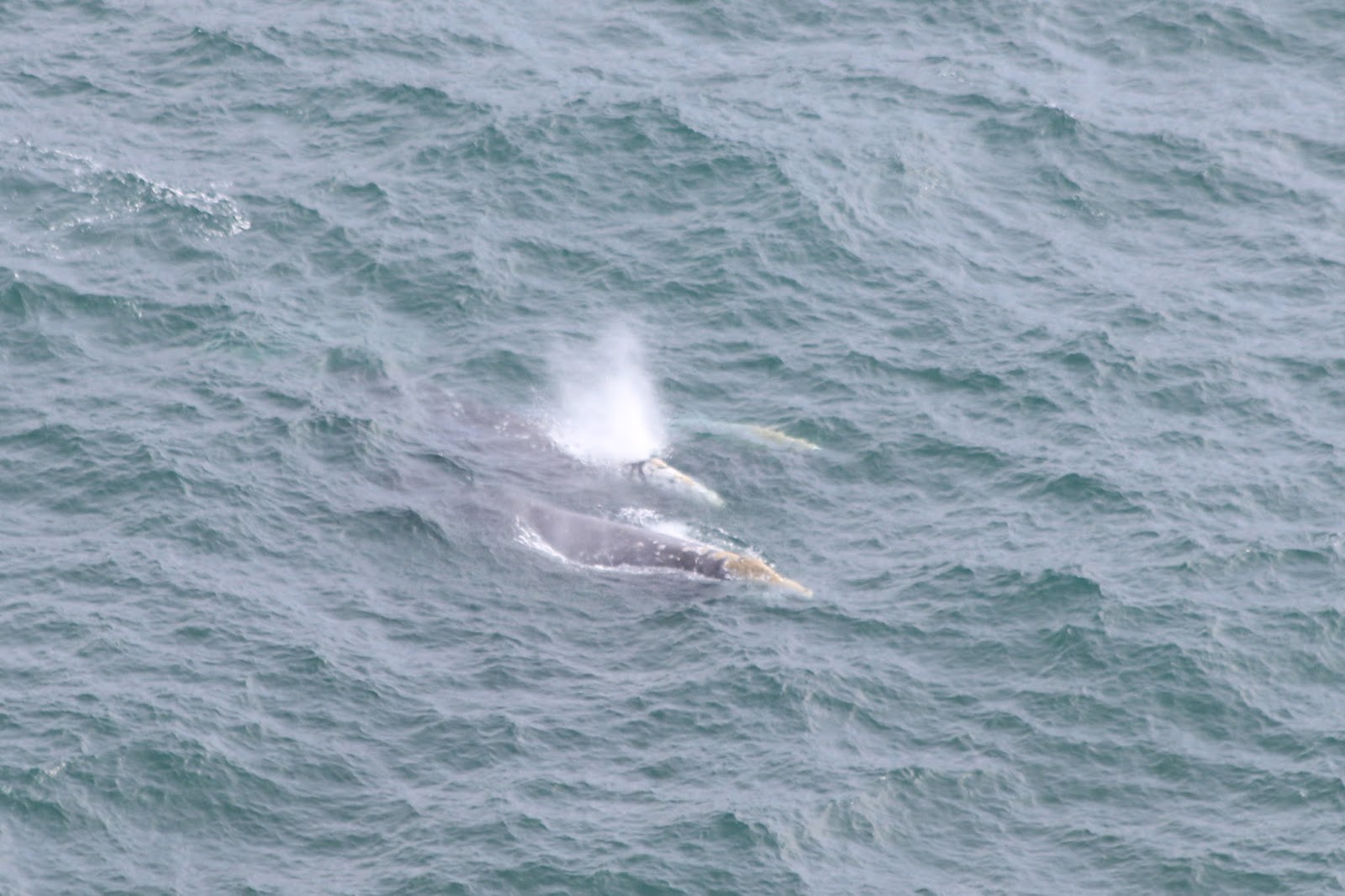 We sat in one spot to have some snacks not realizing we were being watched.  The second we were done and walking away a pair of ravens swooped in to pick up our tortilla chip crumbs. 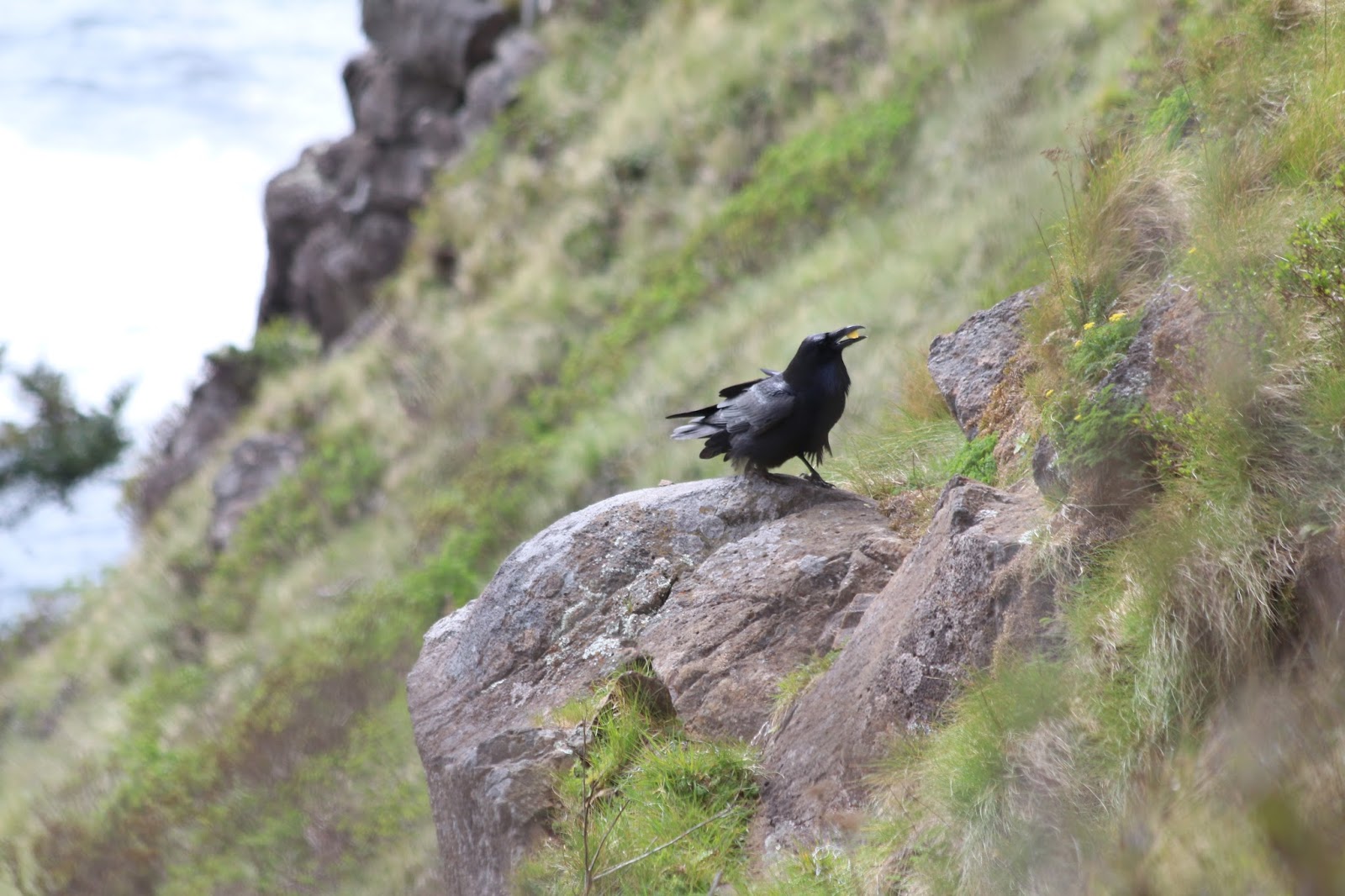 The return trip was all about the big birds.  The ravens kicked things off, followed by a Red-tailed Hawk upsetting all the Western Gulls below. 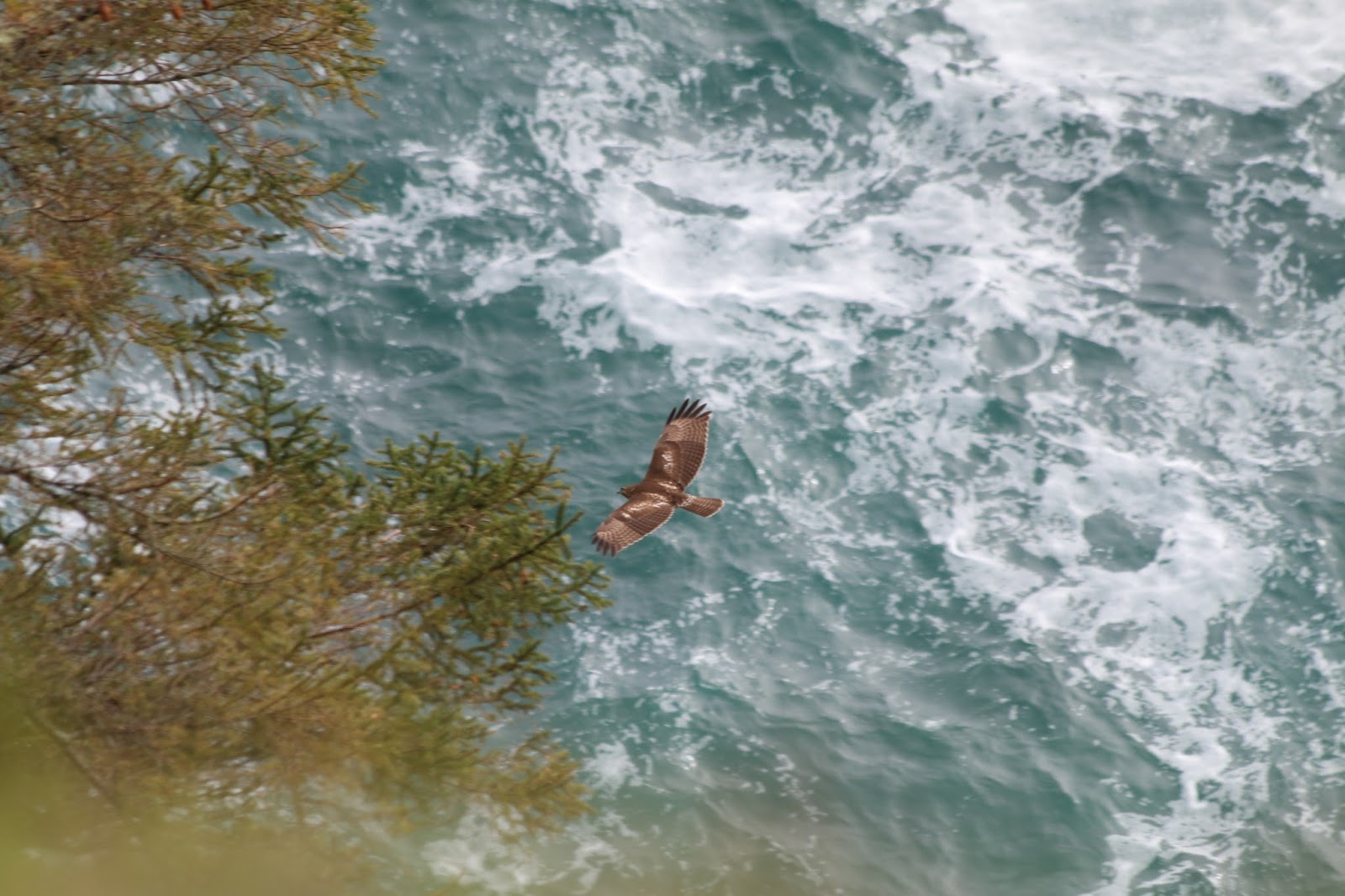 Soon after a Bald Eagle appeared and came to light on a branch below us. 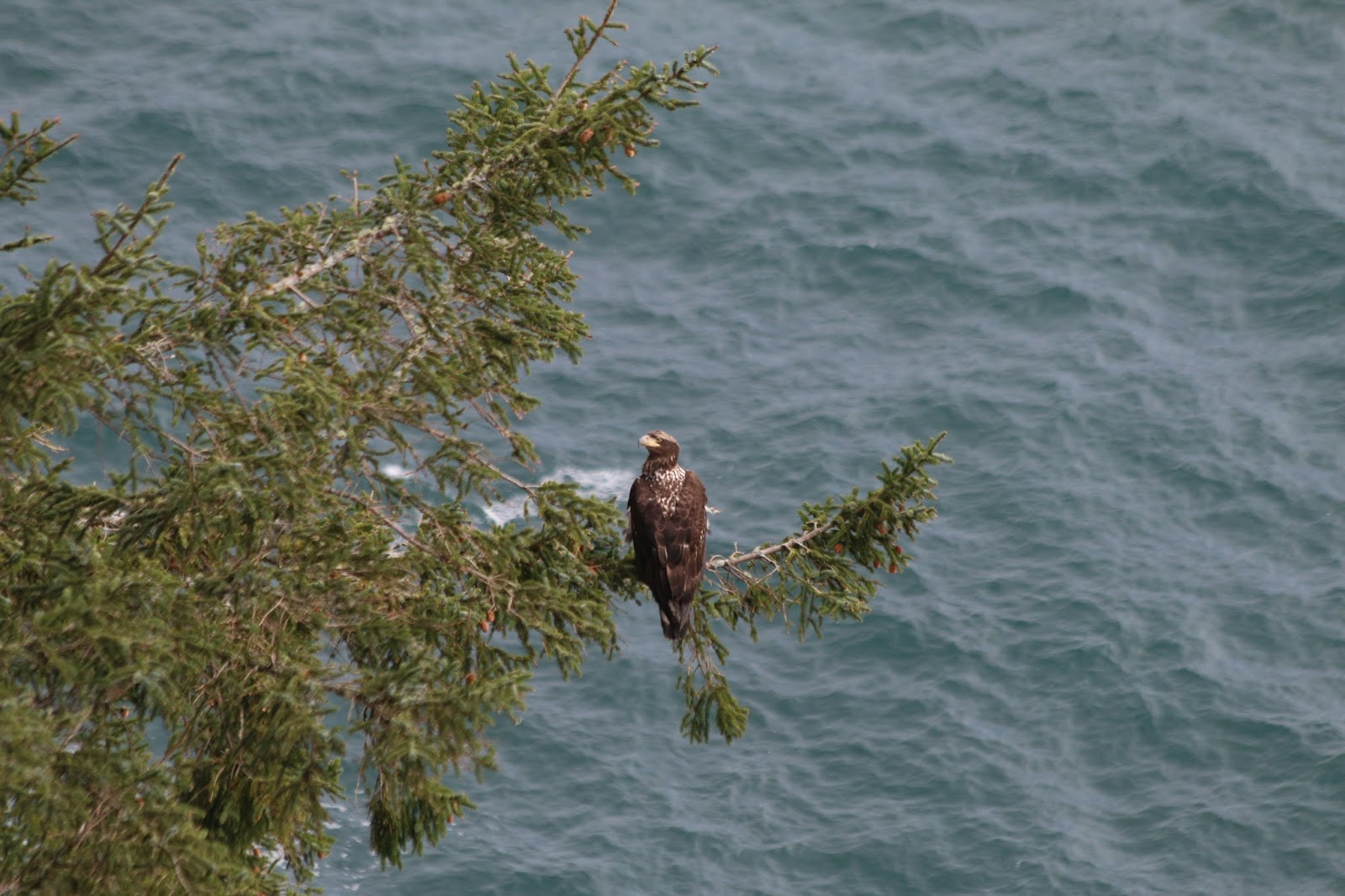 We also caught sight of four Turkey Vultures soaring over the ocean before encountering a pair of Peregrines in some sort of loud dispute. 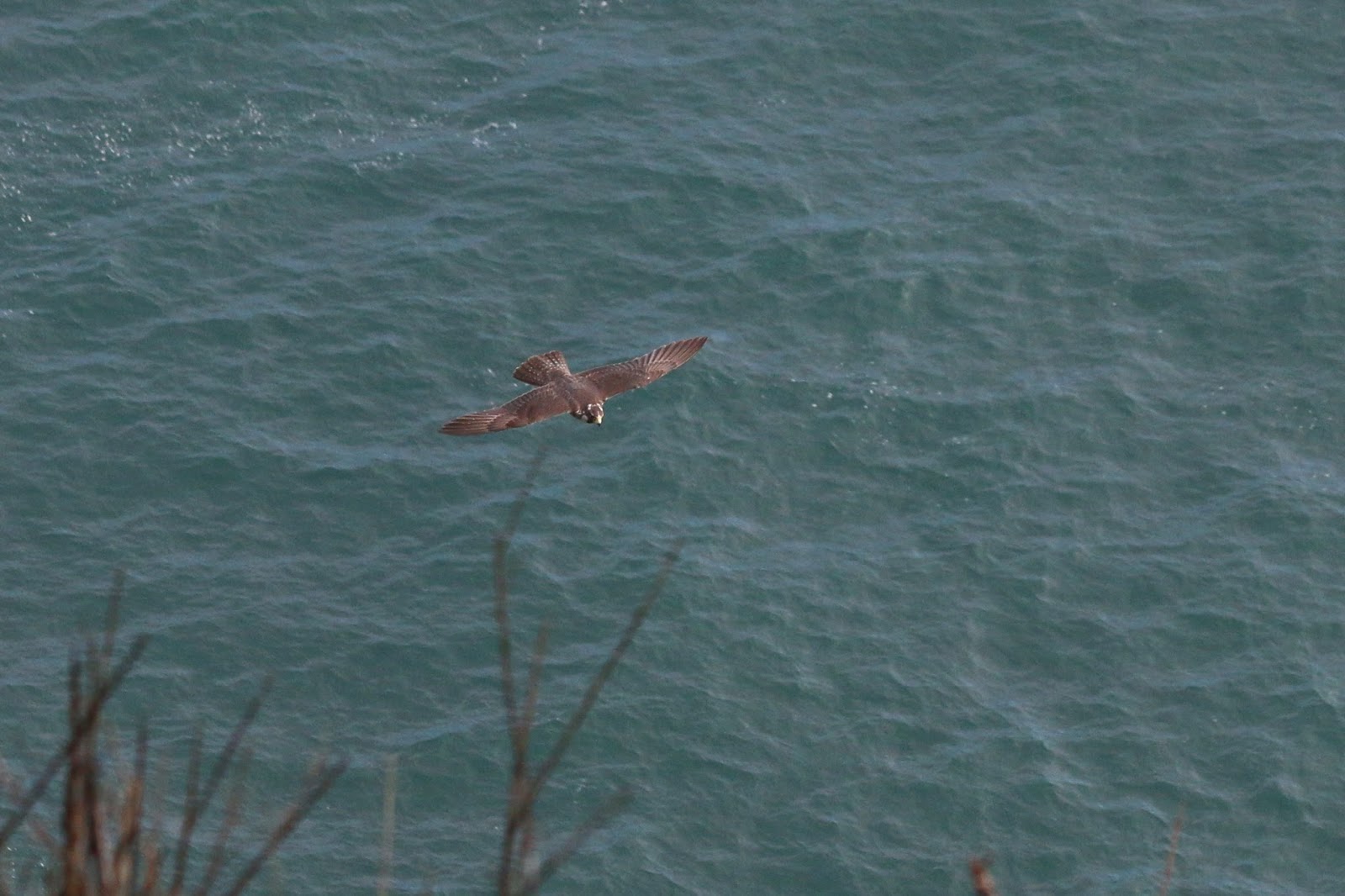 It is definitely one of those hikes that deserves the hype.  We had at least a dozen whales, probably more, plus over twenty species of birds.  Go!  Go now! 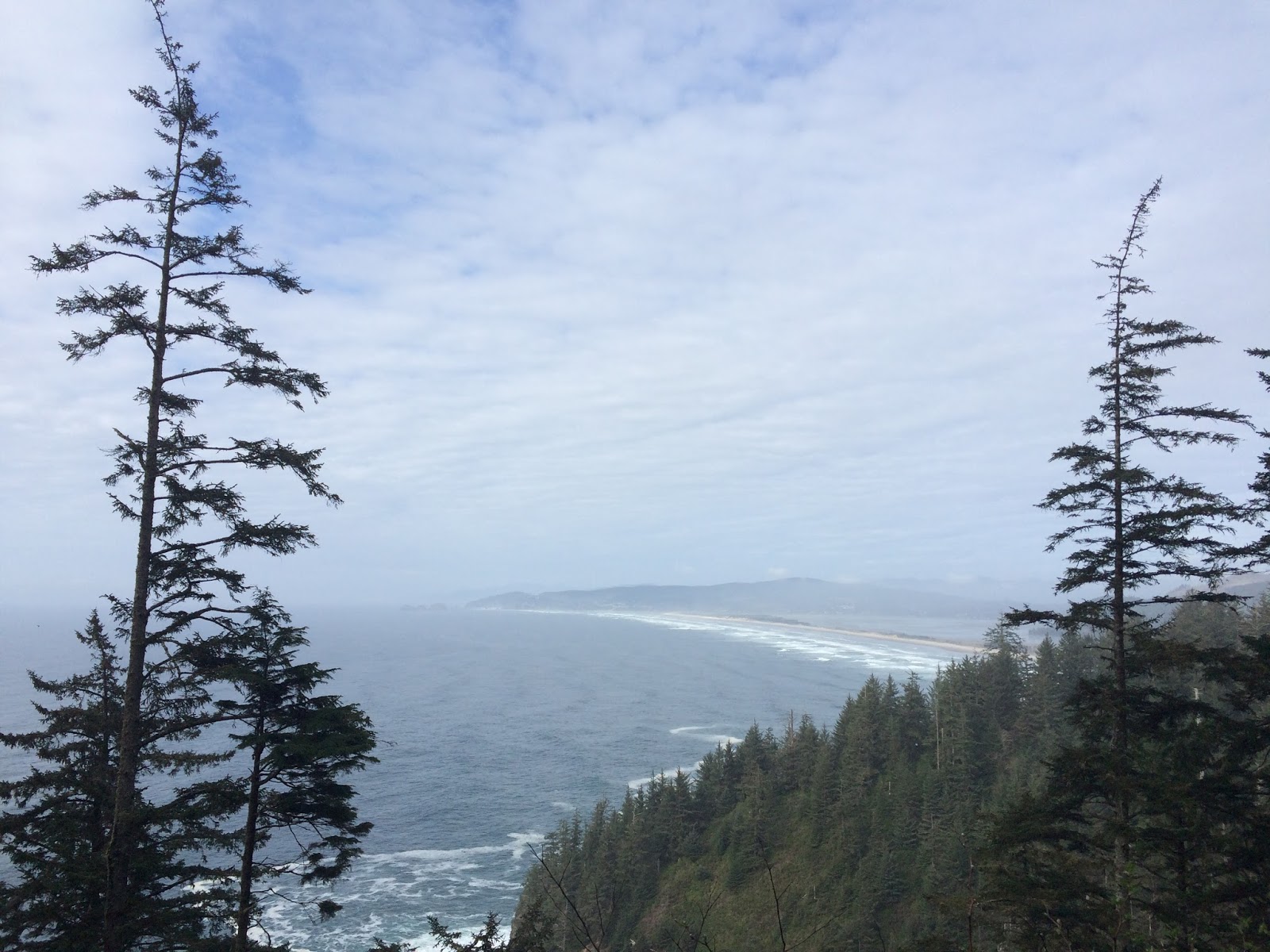