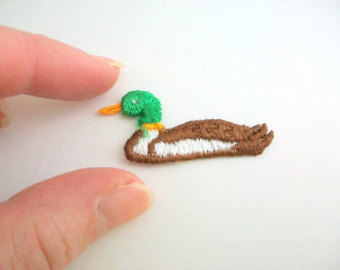 I kid.  Patches are to be taken seriously.  Last week I returned to my old patch, Force Lake, over in North Portland to check out the scene.  It always feels so comforting to return, to step carefully over the needles, to kick the condom wrappers off the trail, and hope like hell no one is having relations in the foliage. 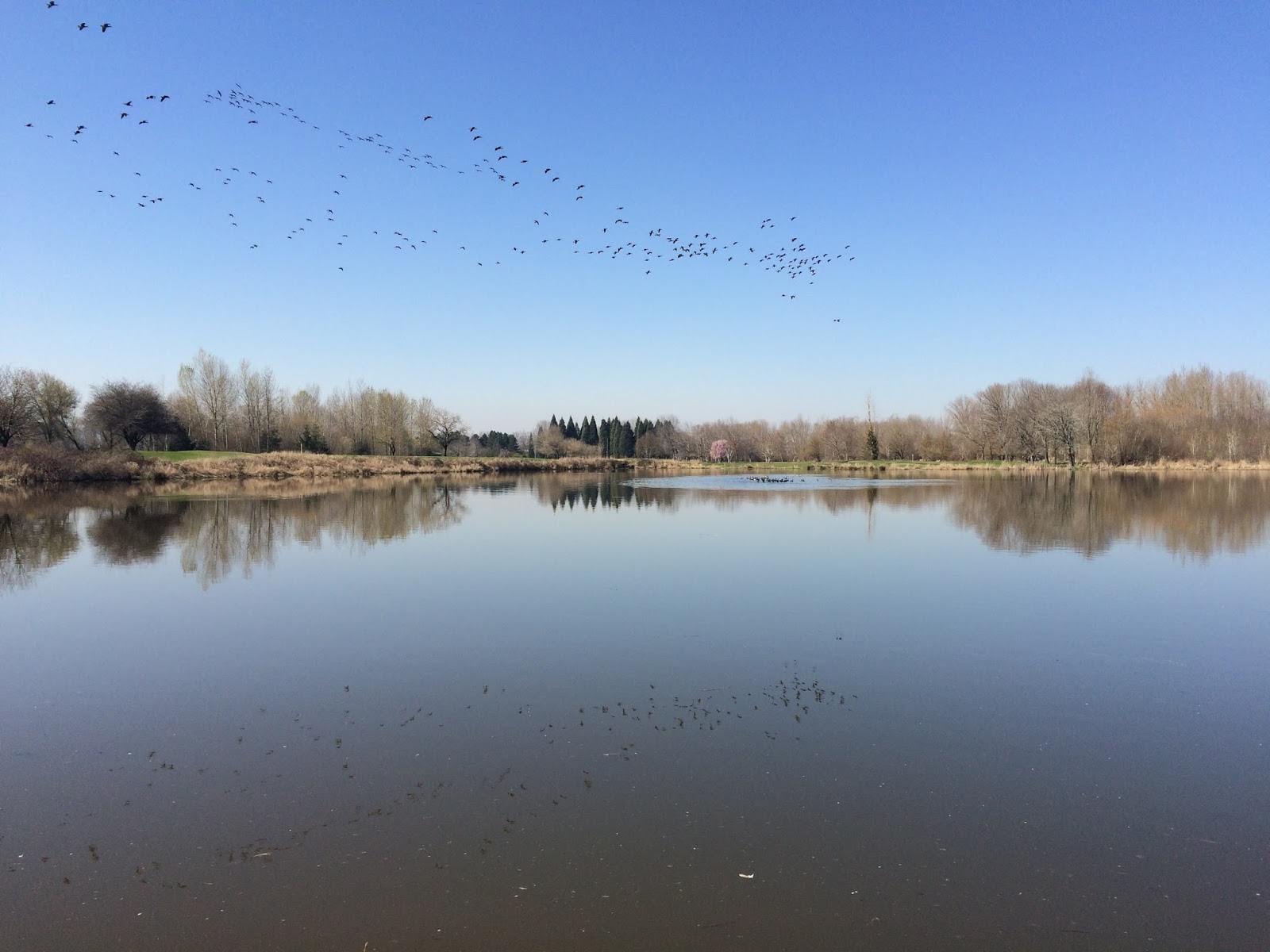 Sketchiness aside, I still love this little spot.  Sometimes random ducks that normally stick to the far side of the pond come swimming over to check me out. 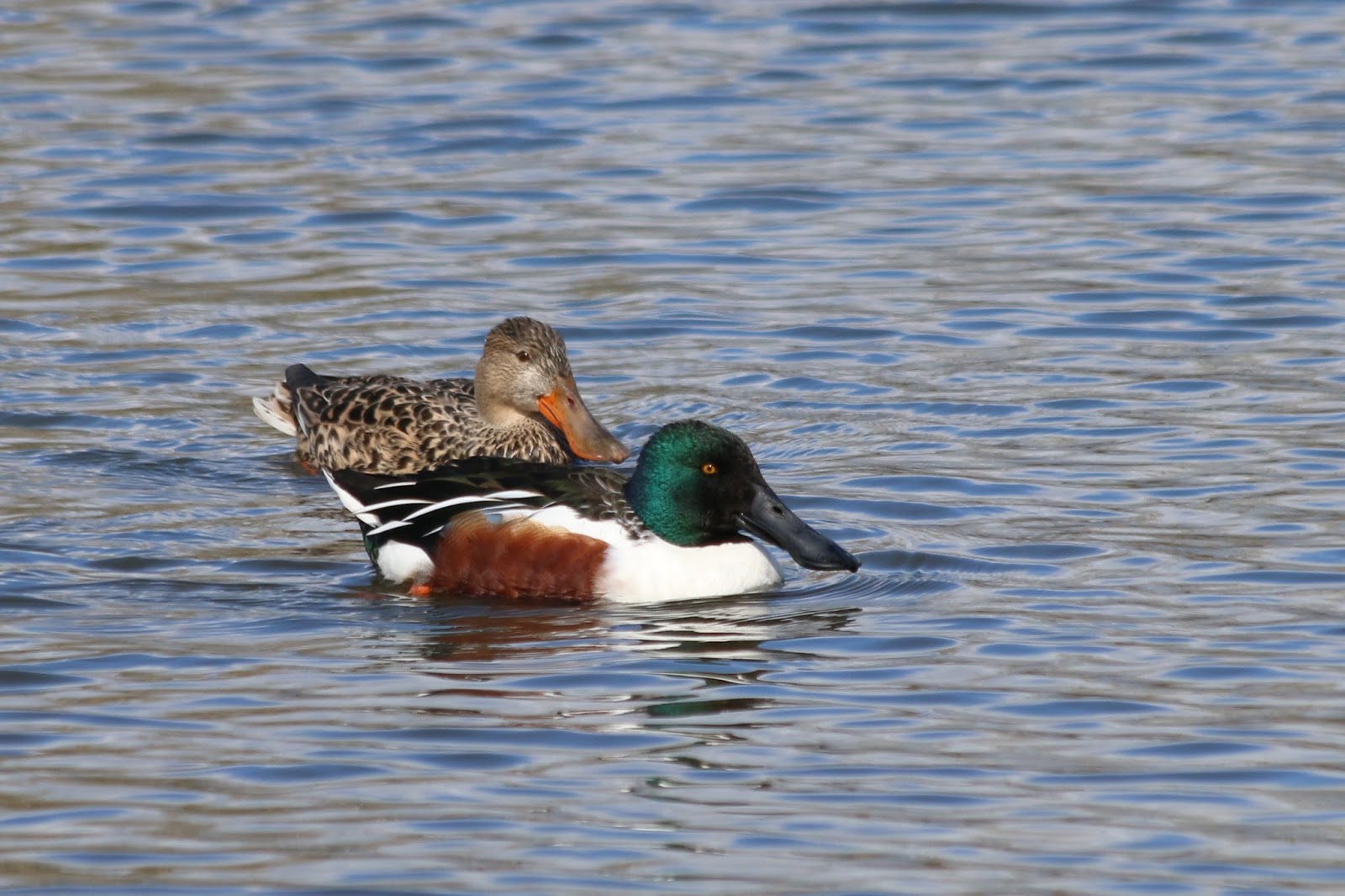 Northern Shovelers.  I love them so much and they rarely love me back, but these two were so confiding it was awesome. 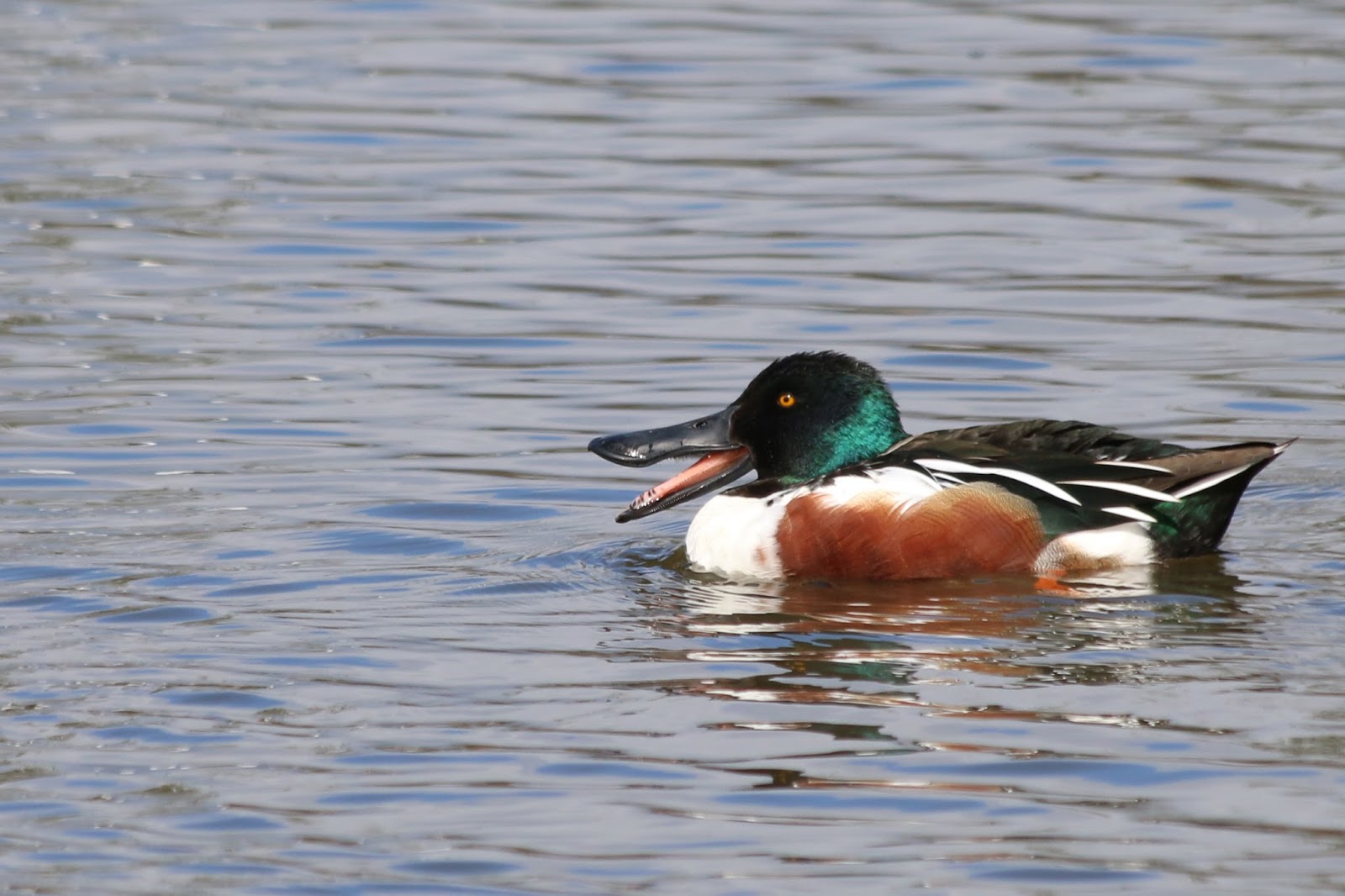 Look at that happy shoveler.  Now look at him again, because you can: 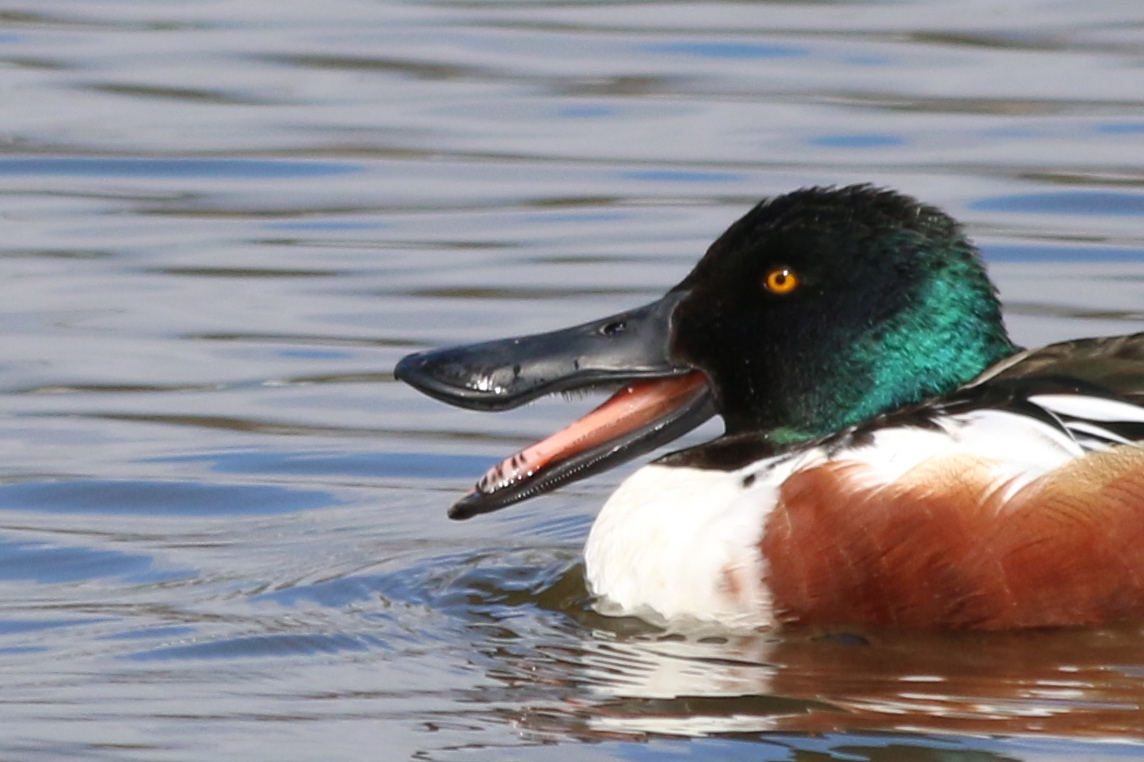 Look at them lamellae.

Force Lake seems to attract more Redheads than any other Portland spot.  I had a pair while I was there, but soon there will be more than eBird wants you to admit. 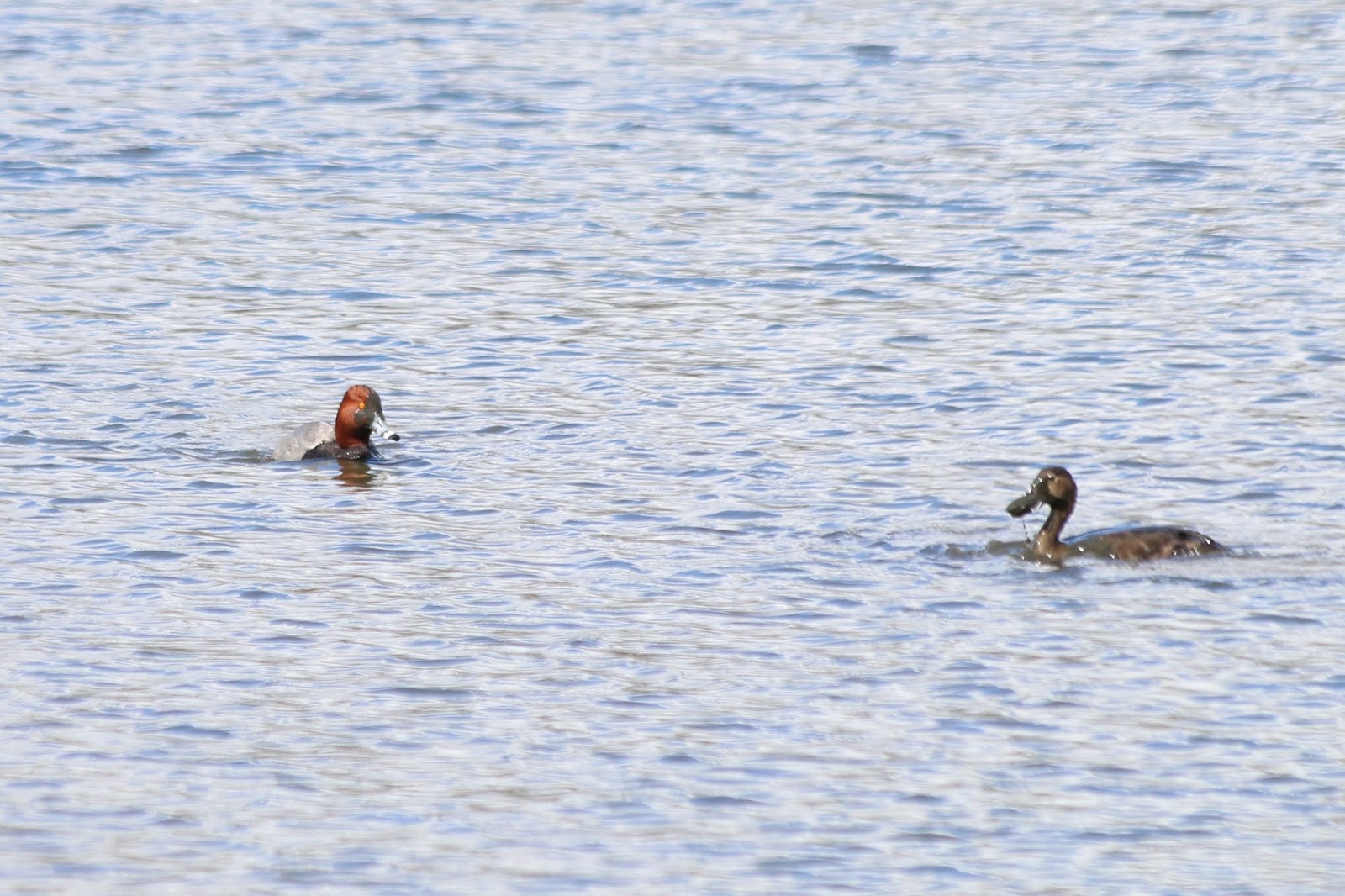 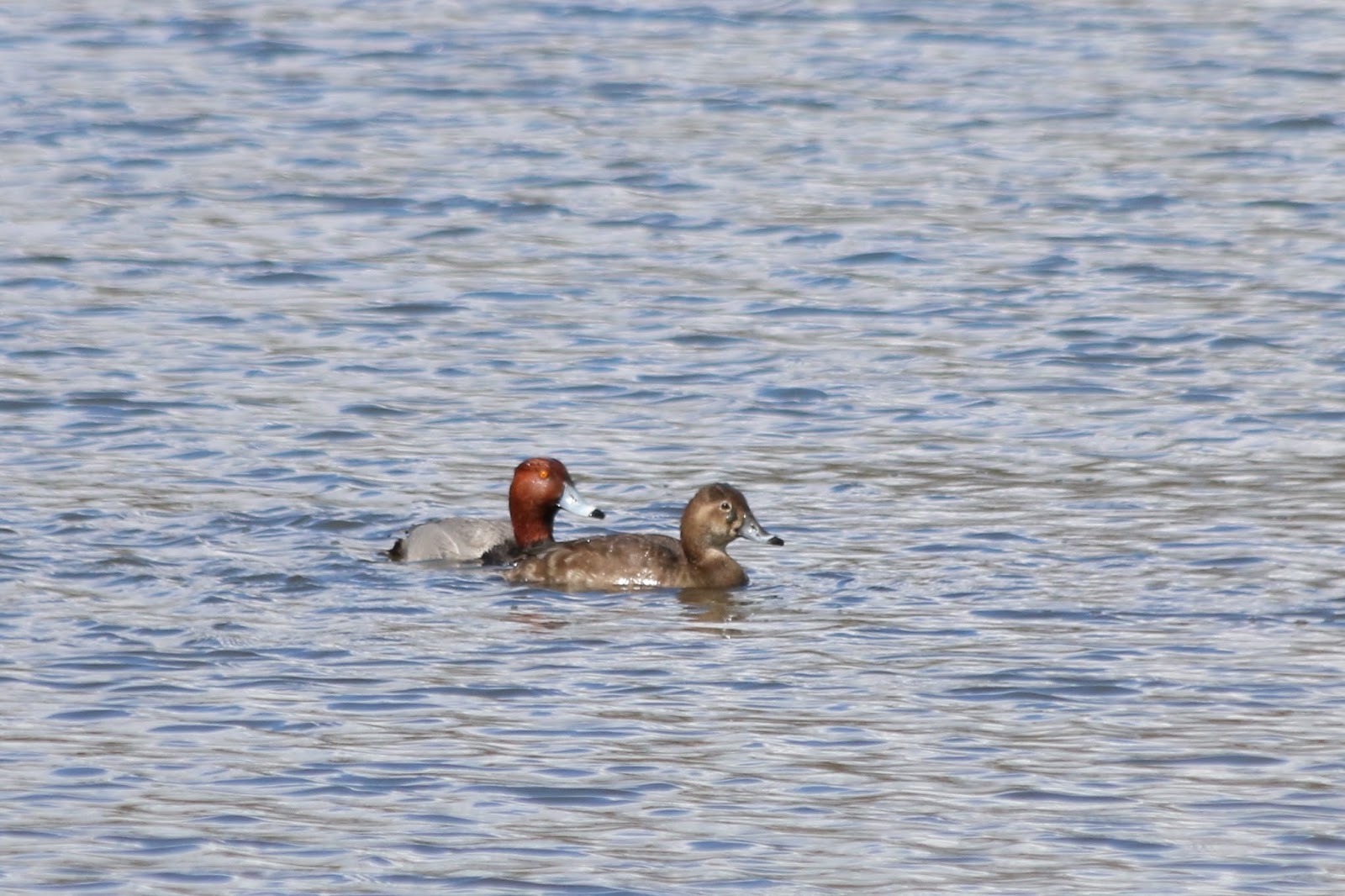 Across the street from Force Lake is a usually-closed access road to Vanport Wetlands.  I walked down there to see if the Great Horned Owl nest was active this year, and before I even got to the nest I heard hooting.  I took a little video that is great if you want motion sickness:

The adult owl was perched above the nest where two owlets were being cute. 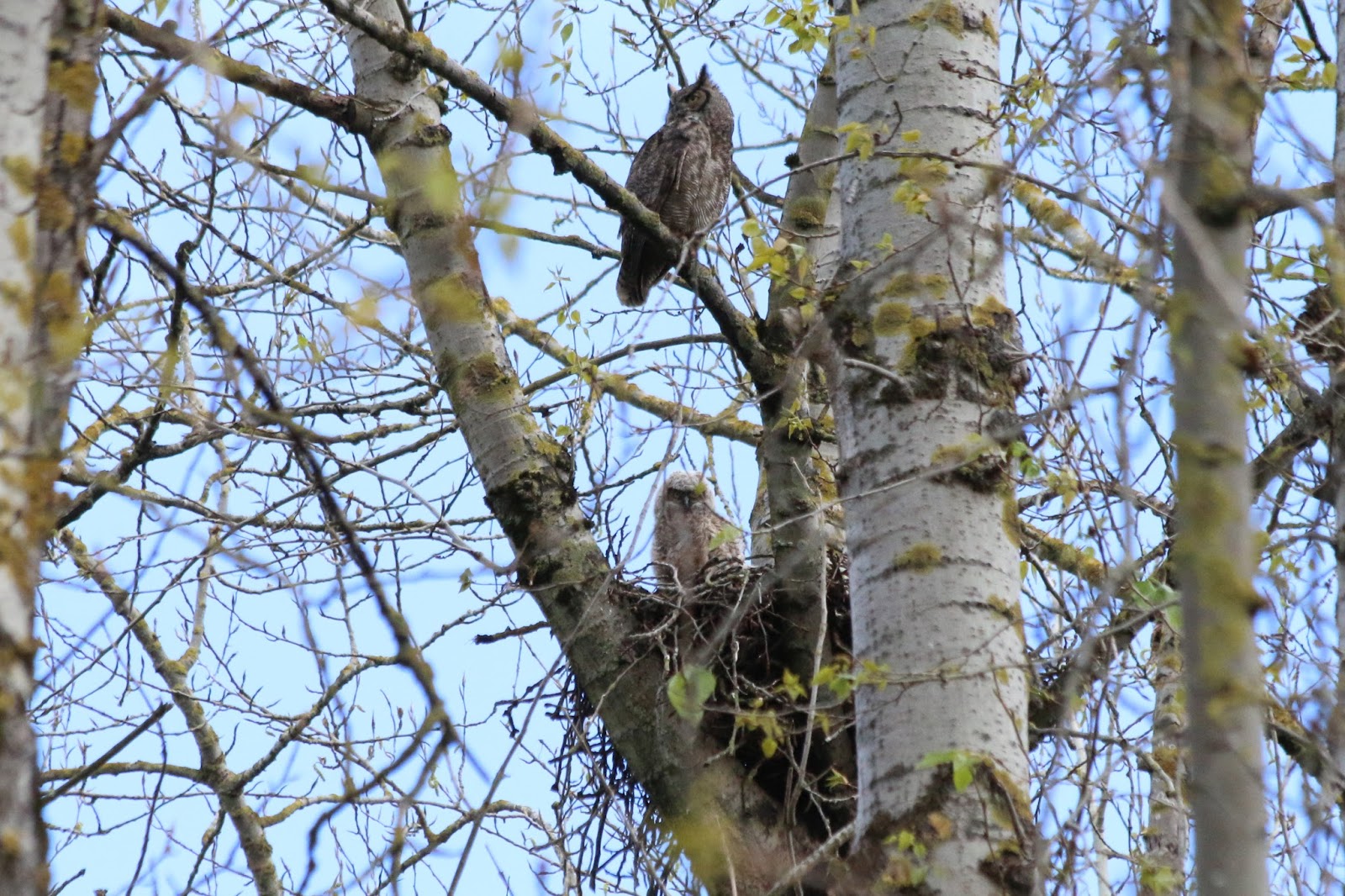 That little access road also parallels Mud Slough for a bit, where I found a Pied-billed Grebe sucking down a fish. 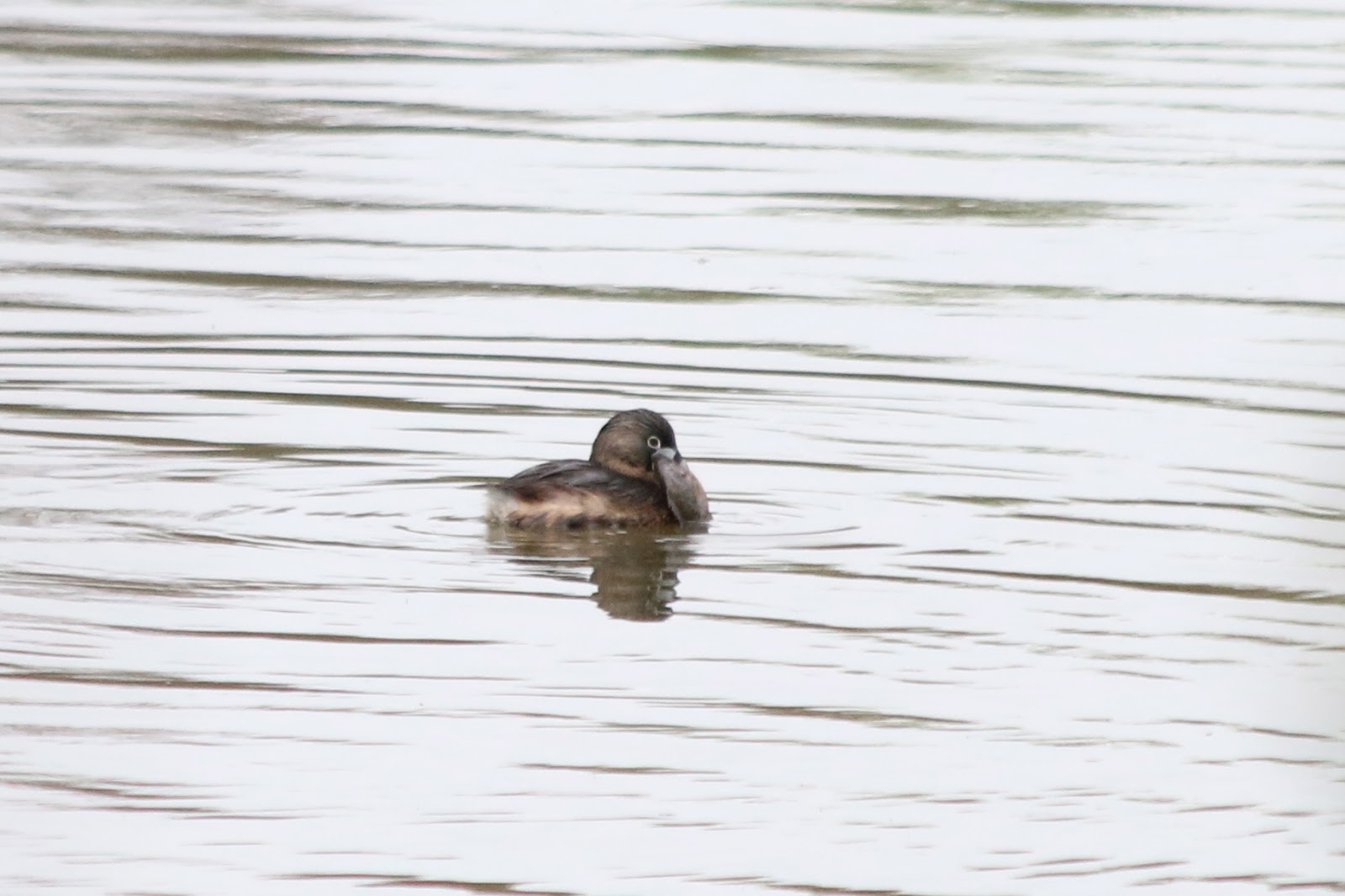 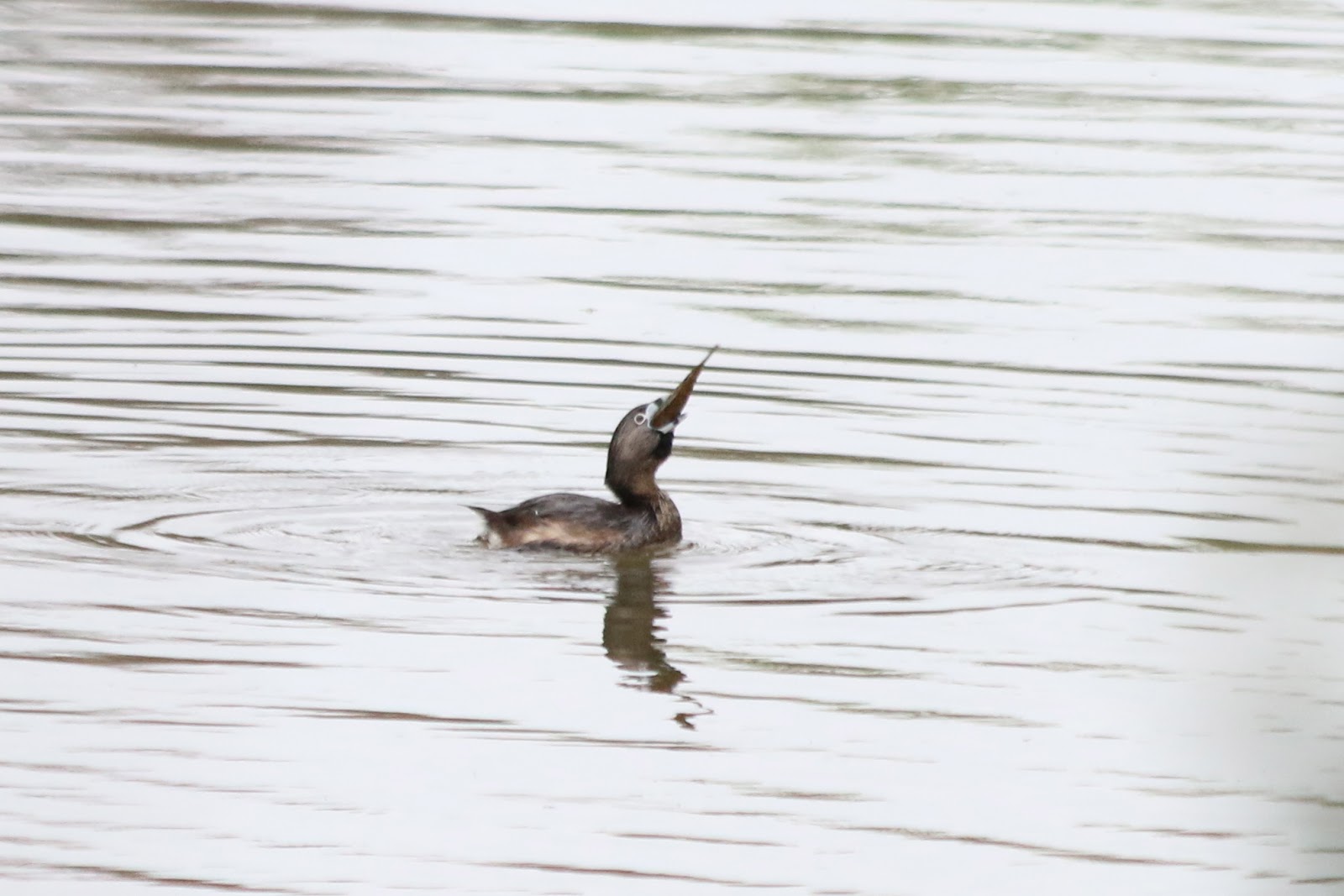 Although I have seen more species at Force Lake, I find my current patches more rewarding.  They're not birded much and I feel like my checklists are somehow more valuable.  Mays Lake is my "real" patch, the one I walk to at least once a week with the dogs.  I've had 65 species there over the last couple of years, which isn't bad for a weird lake off Airport Way. 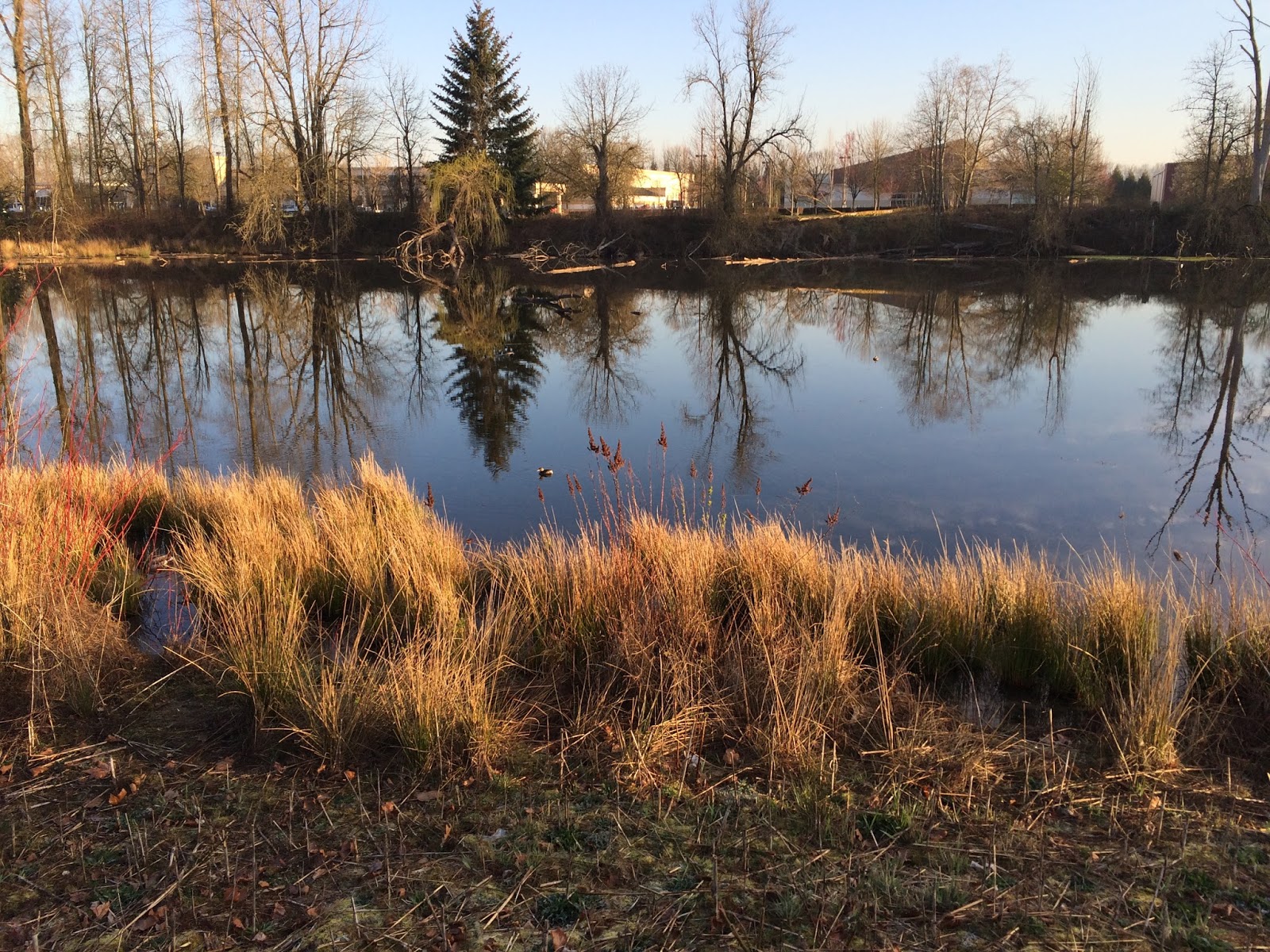 A number of species nest around the lake including Wood Ducks, Bushtits, starlings, and my current favorite, American Kestrels.  I've mentioned these kestrels many times, and last year I would see them perched together but never found their nest hole.  This year they are laying it all out on the table for everyone to see.  I caught them copulating yet again yesterday morning... 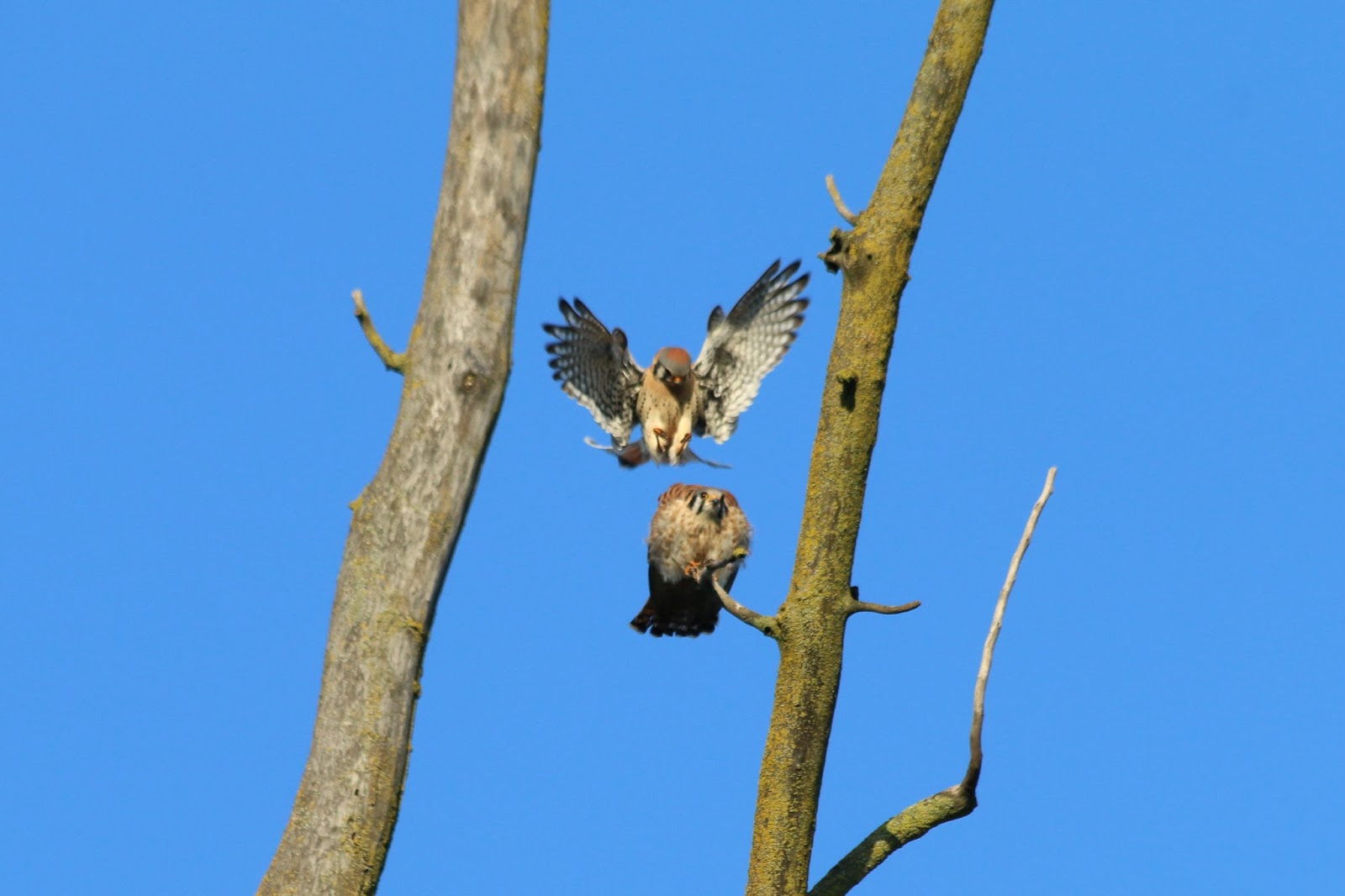 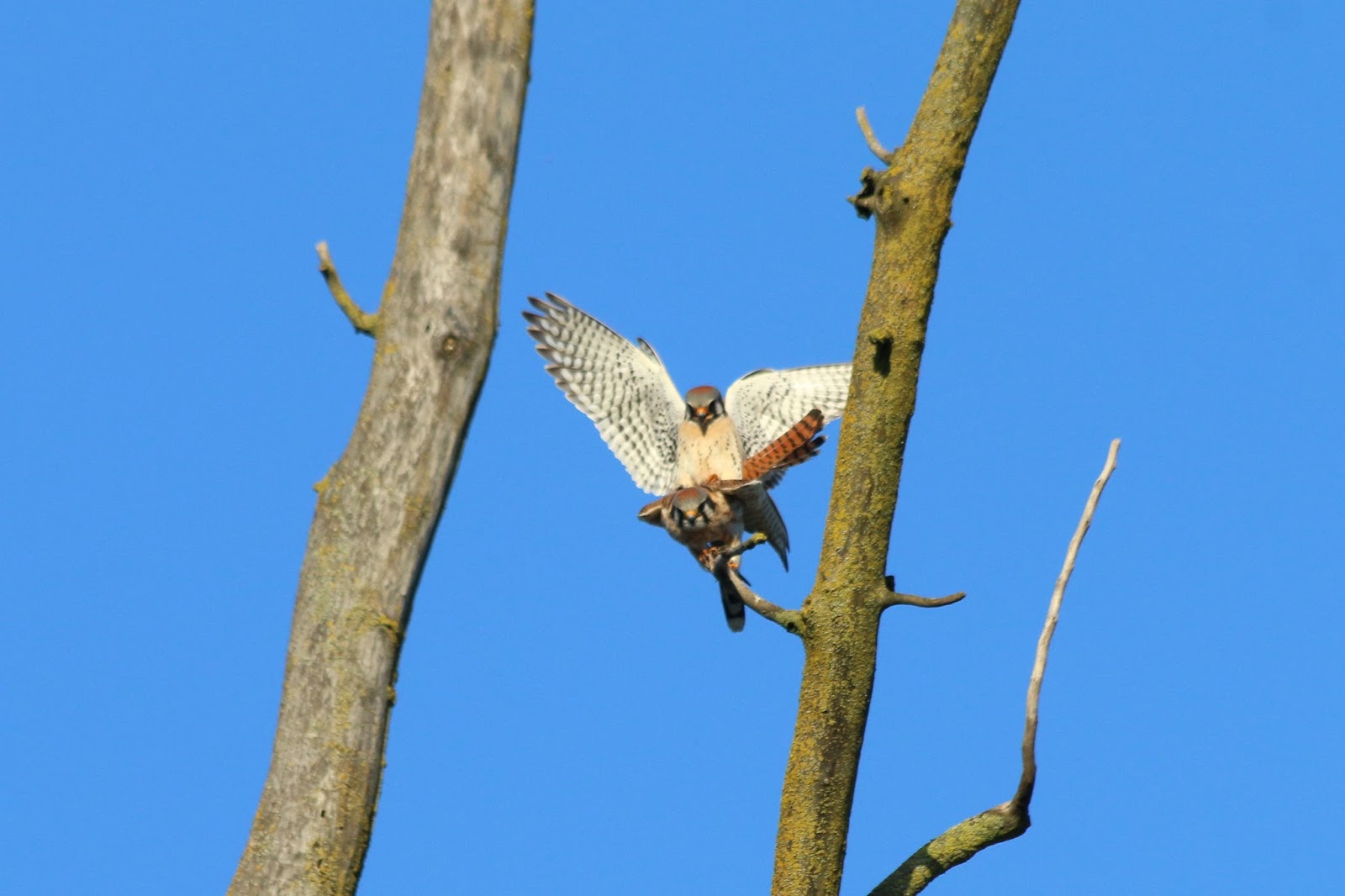 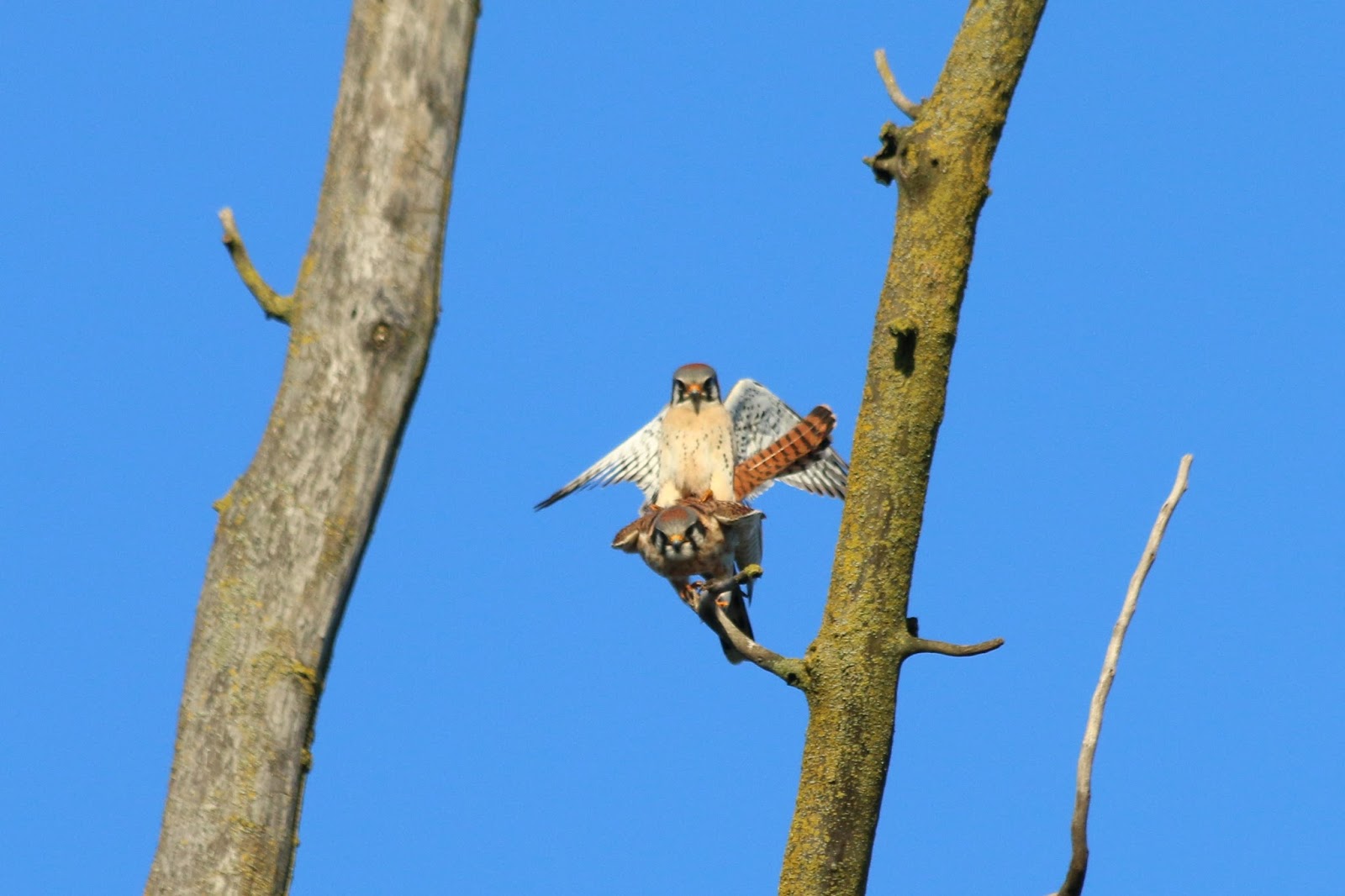 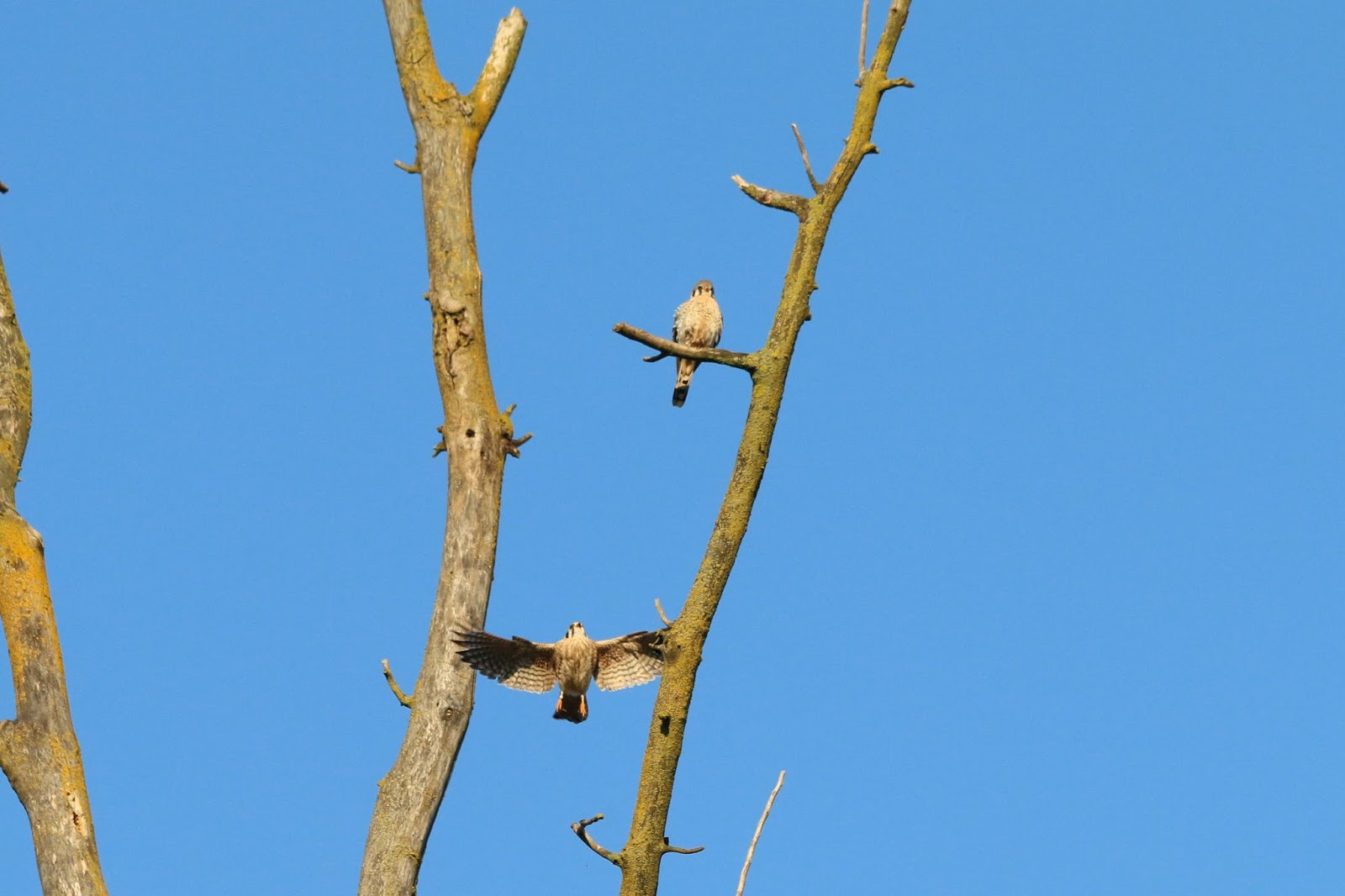 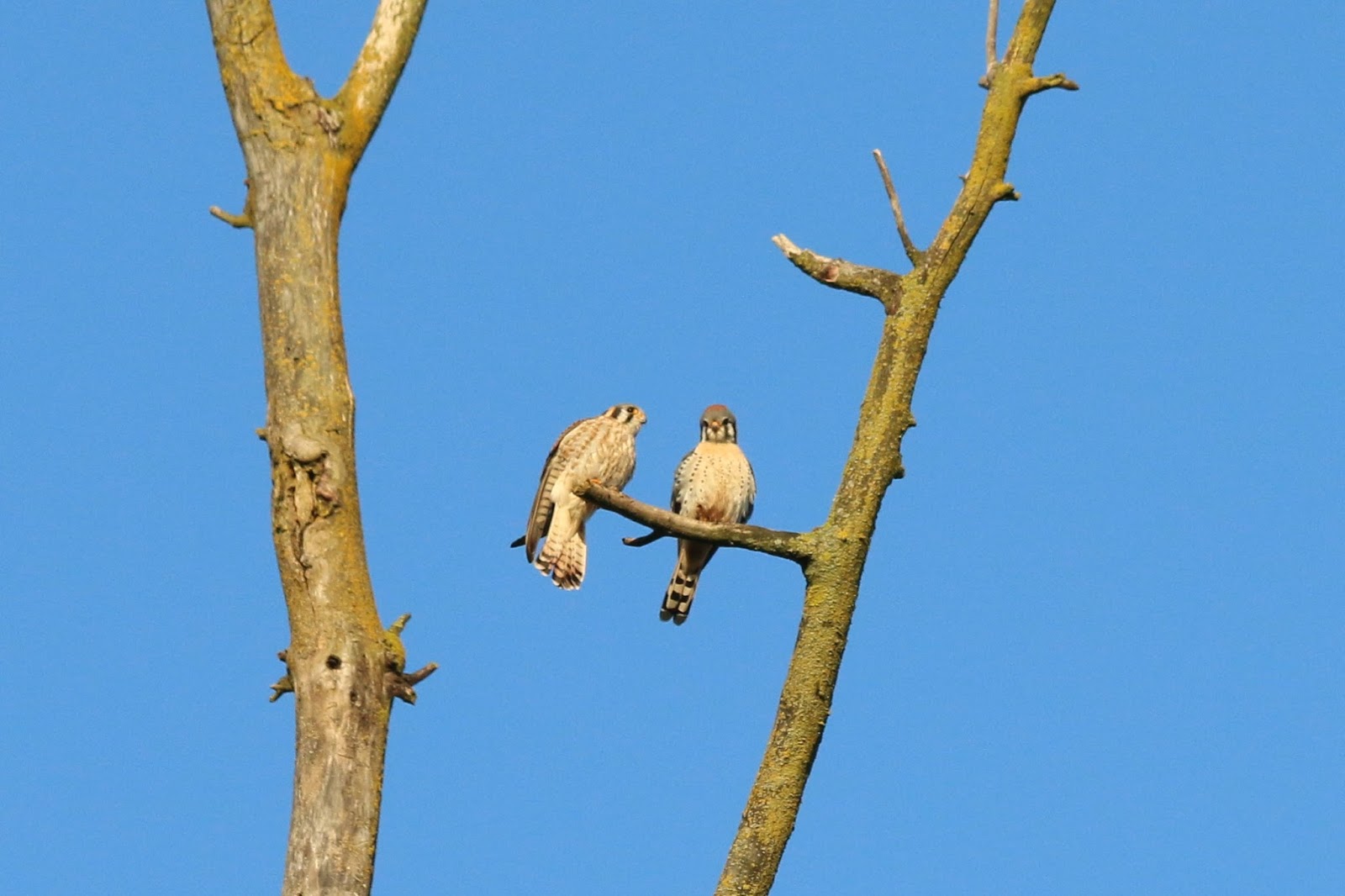 Their nest hole is super obvious and I am really hopeful to see a fuzzy kestrel face pop out sometime this spring.

That's it for my patches.  If you want your own tiny Mallard patch, dig some quarters out of your change jar and check out Etsy.   Good times!!