Fun fact:  when I'm out riding my bike for my motorless bird list Night Ranger's "Sister Christian" often pops into my head and I start singing "Motor-less!  What's your price for fight... "  If it's a particularly long and uneventful ride I will start making up bird-related lyrics that I refuse to share here.  Make up your own.

I've been a bit more methodical in my motorless birding this year and it's paying off.  I stand at 110 for the year, a number I did not hit till May last year (and June the year before).  Last week I rode out to Mason Wetlands and the Columbia Slough one morning. 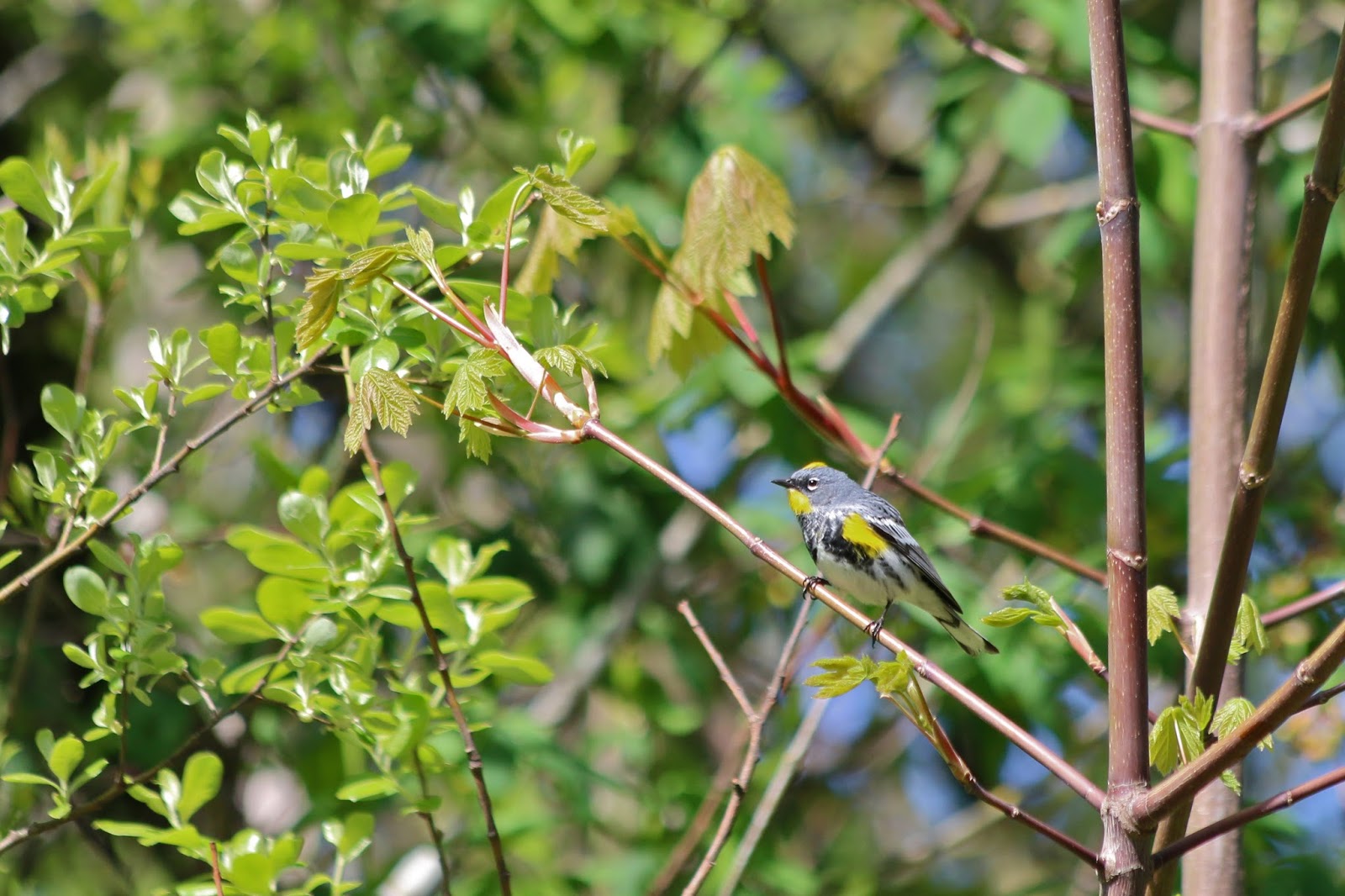 On that morning I picked up Orange-crowned and Black-throated Gray Warblers, Common Yellowthroat, Vaux's Swift, Barn and Northern Rough-Winged Swallows, and Lincoln's Sparrow.

Another afternoon I rode out to Broughton Beach, Force Lake, and Vanport Wetlands. 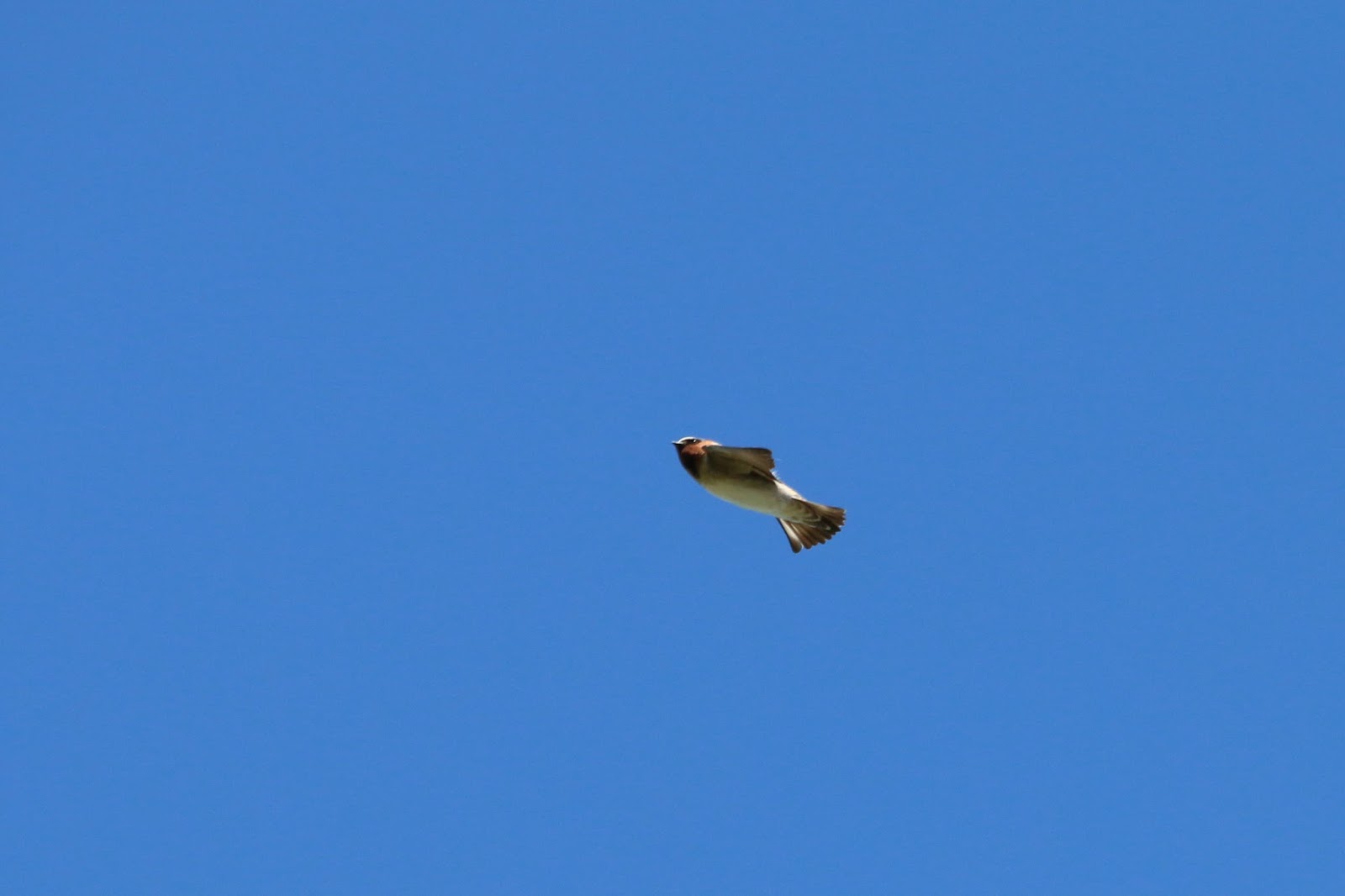 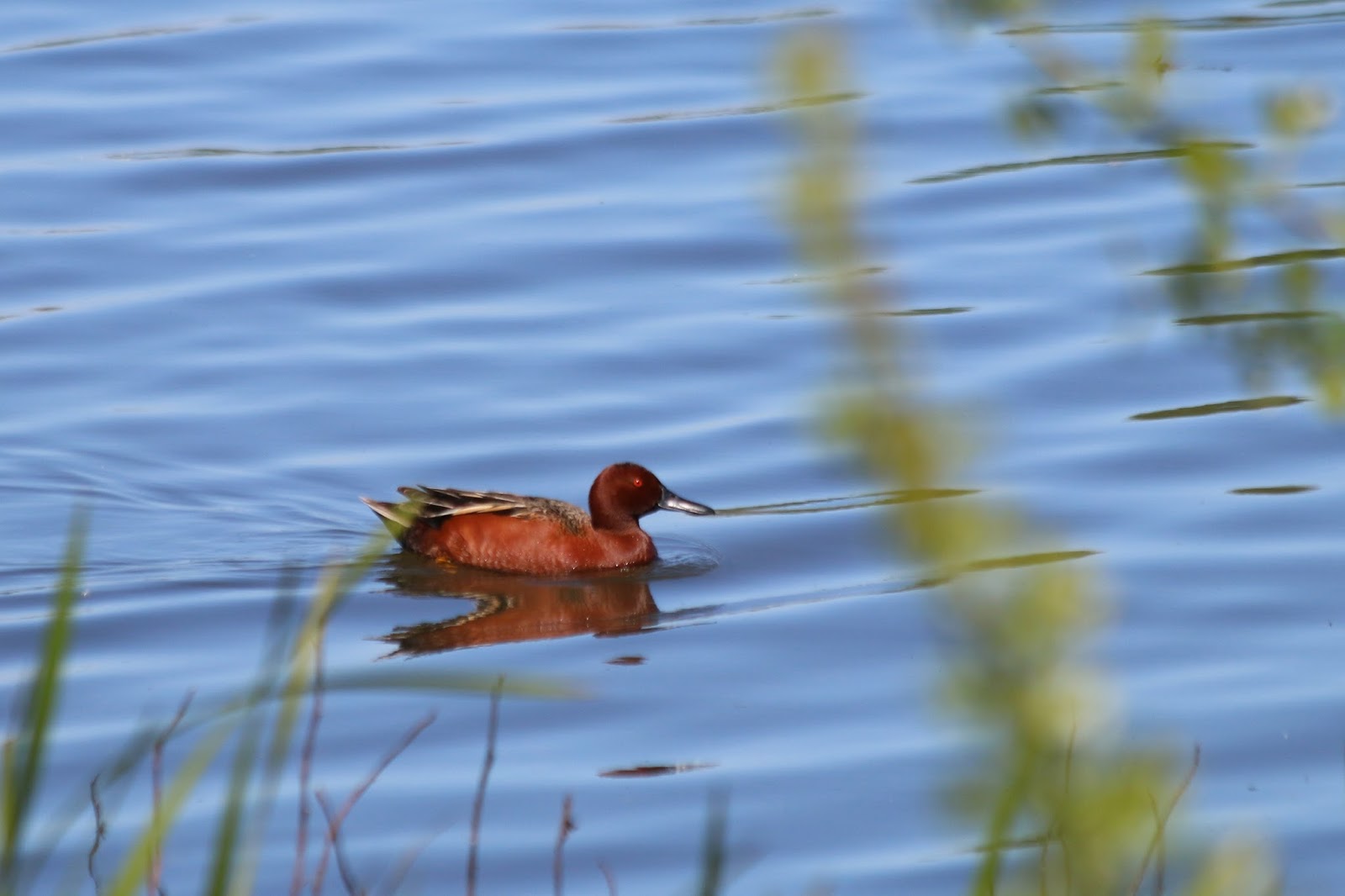 On a weekend dog walk I picked up a new motorless mammal in the Columbia Slough: 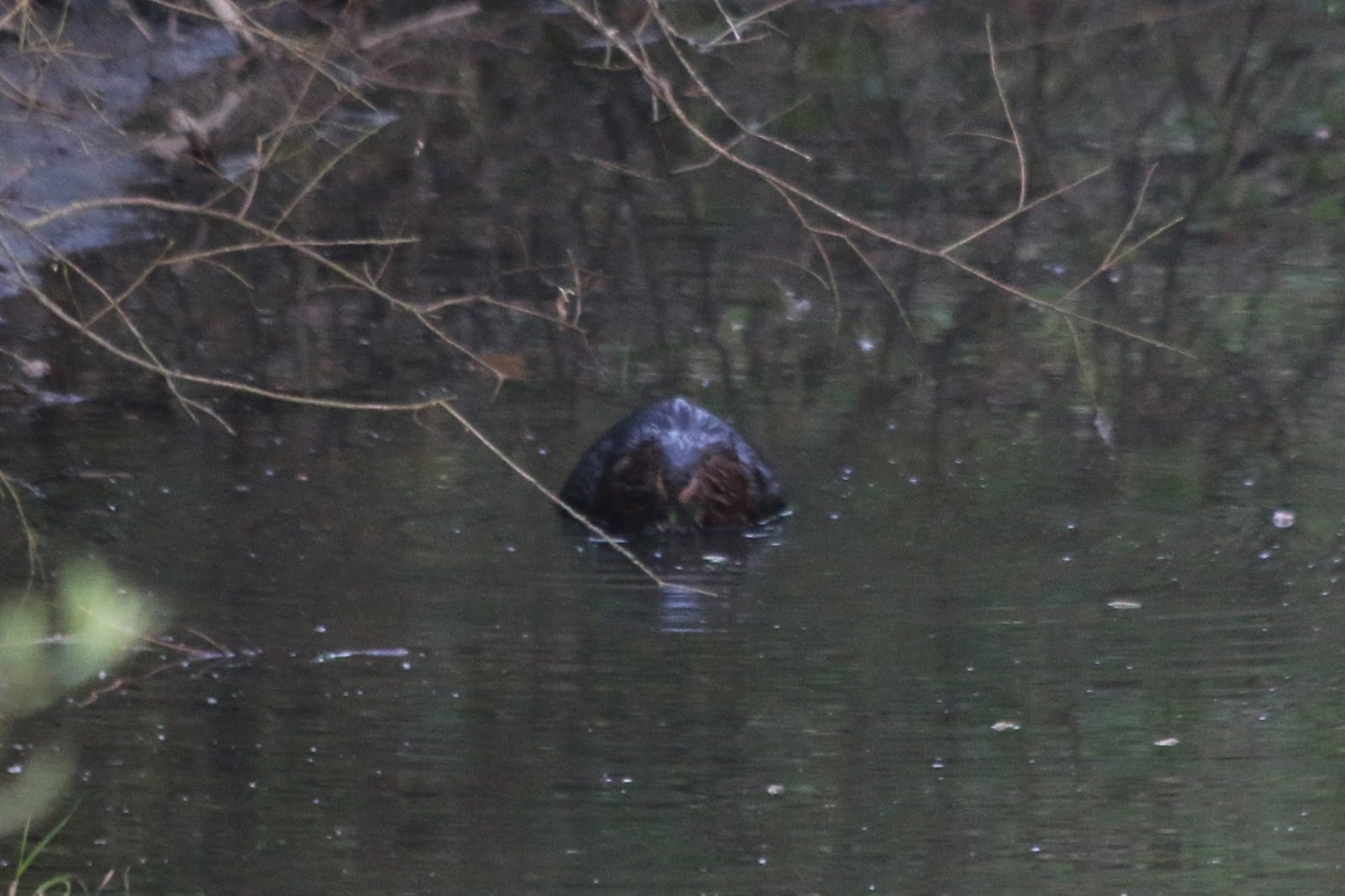 Beaver!  Only my third time actually seeing a live one.  I also added a motorless cowbird on this dog walk, and found a Northern Flicker had excavated a nest about five feet from the sidewalk on NE 122nd. 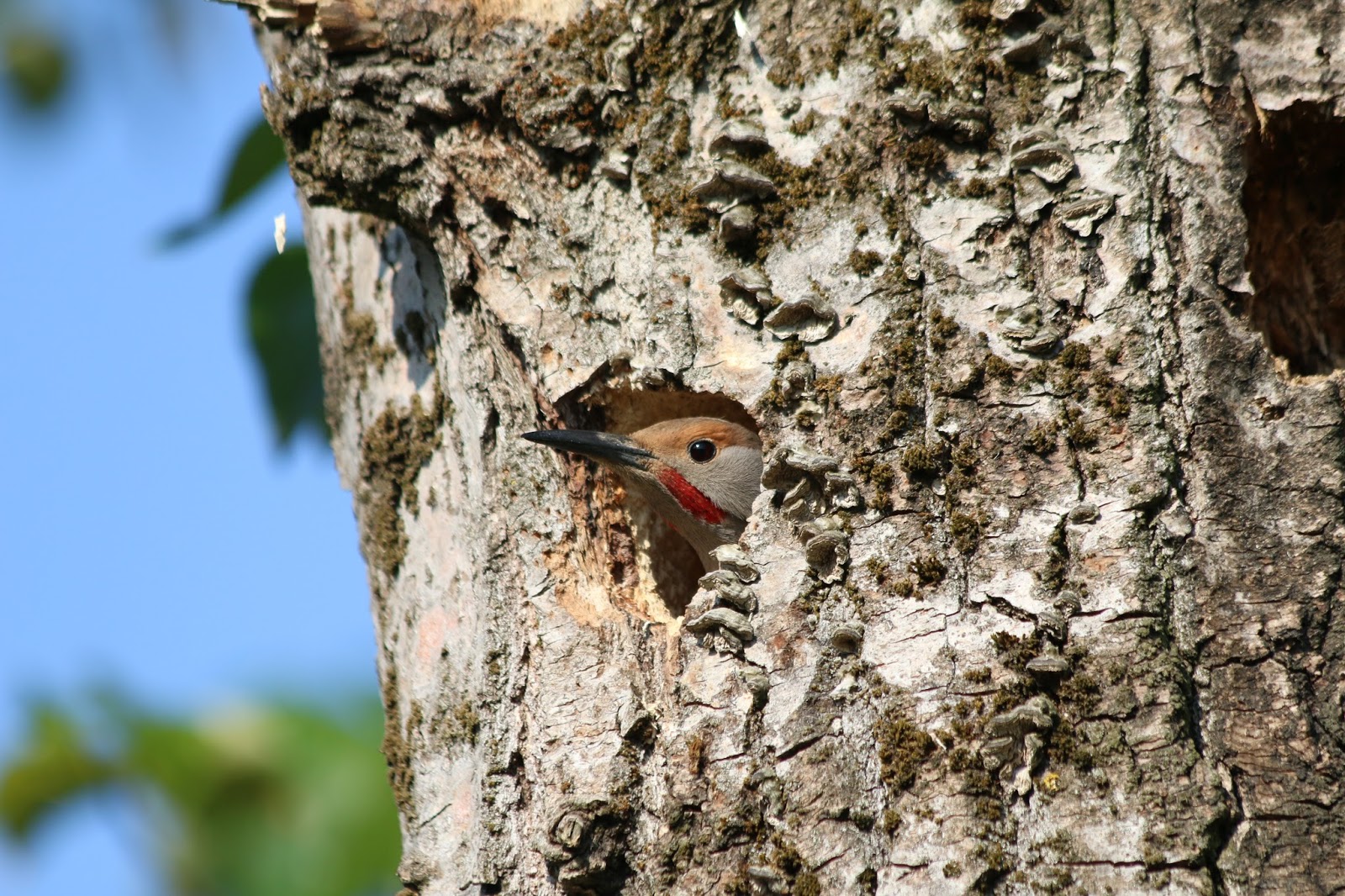 Had the flicker not made a huge mess during the excavation process I might not have even noticed.

Yesterday morning I got up early to ride up to Mount Tabor for the first time this spring and picked up most of my target birds and then some. 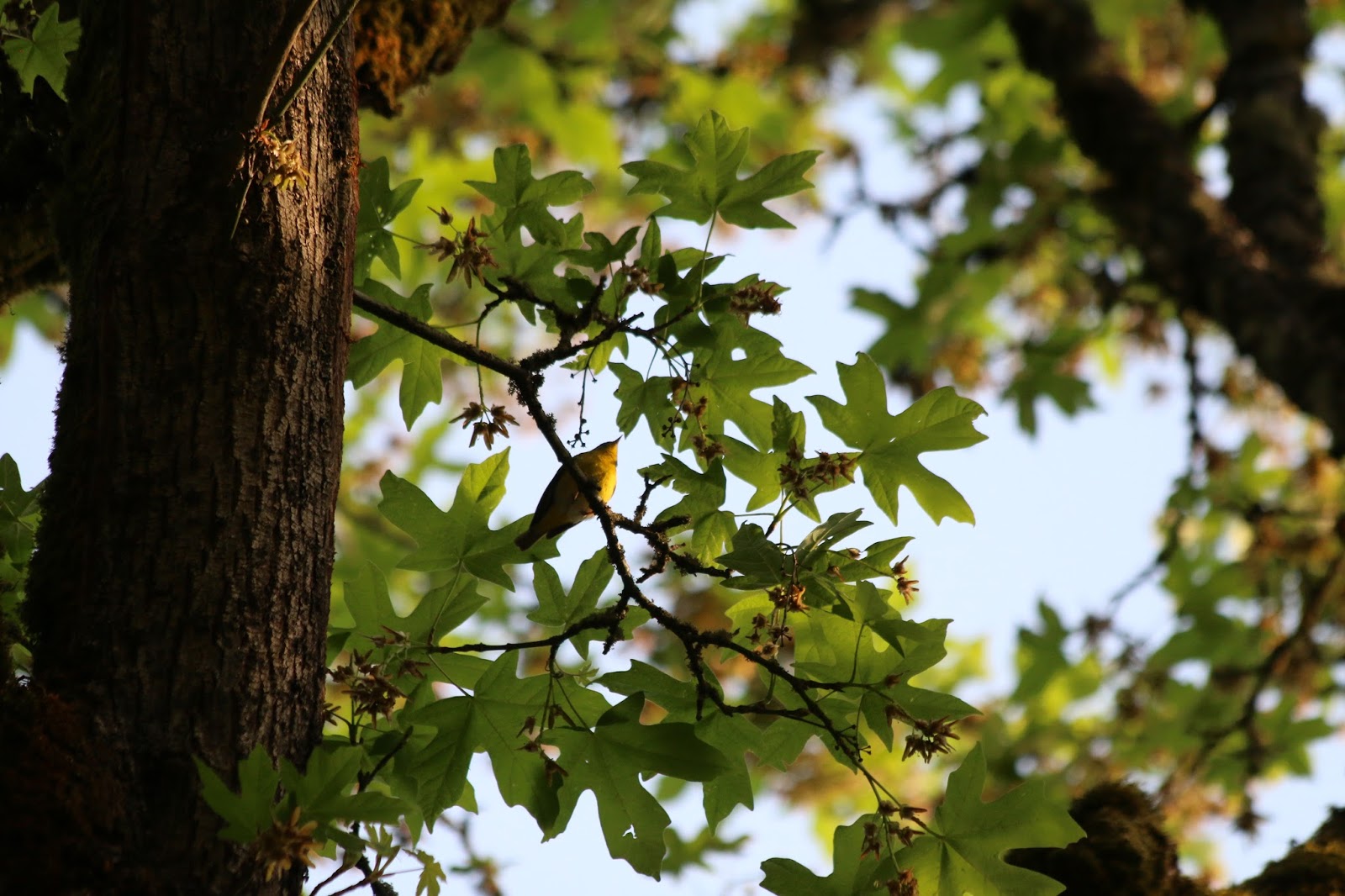 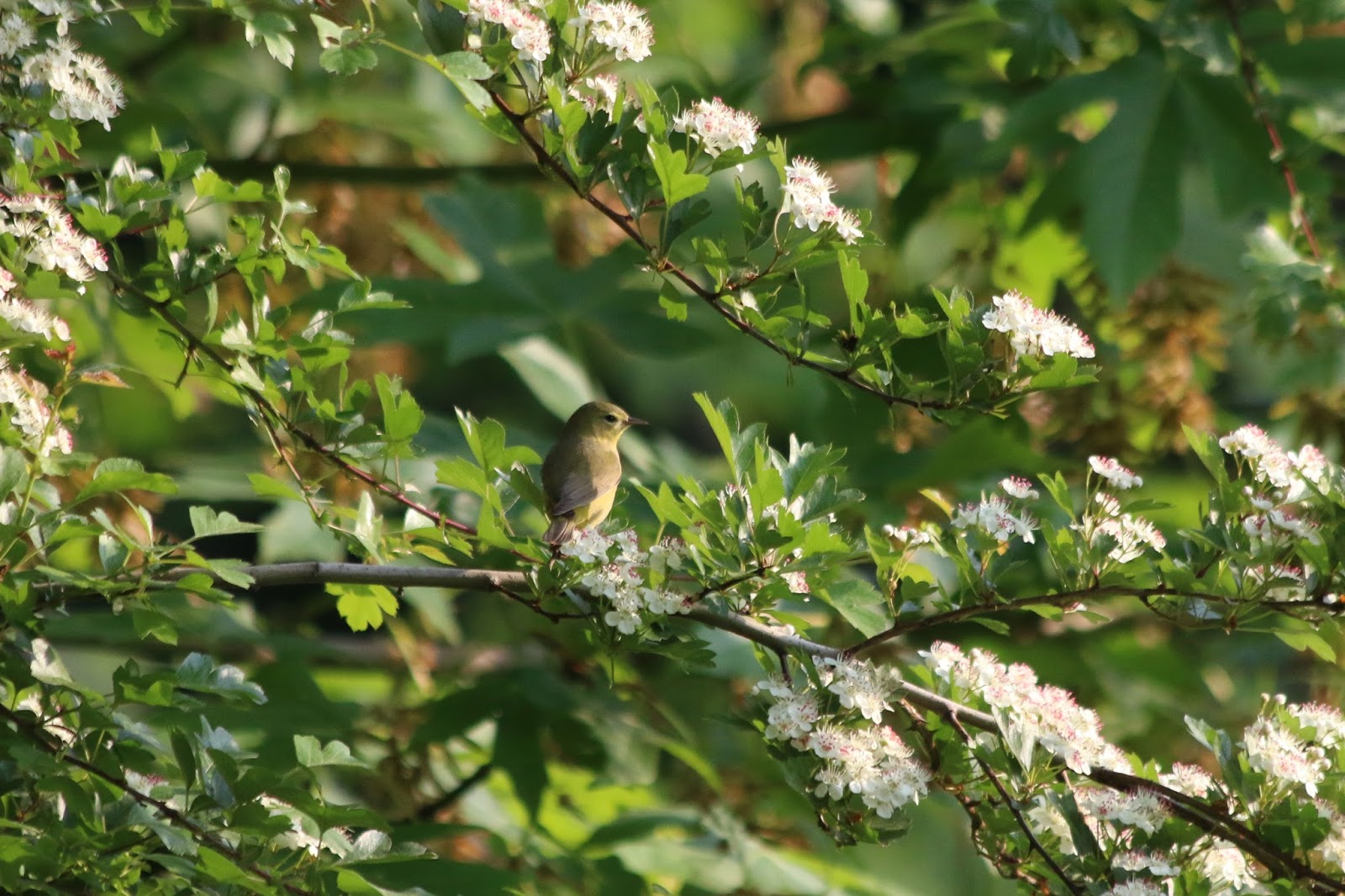 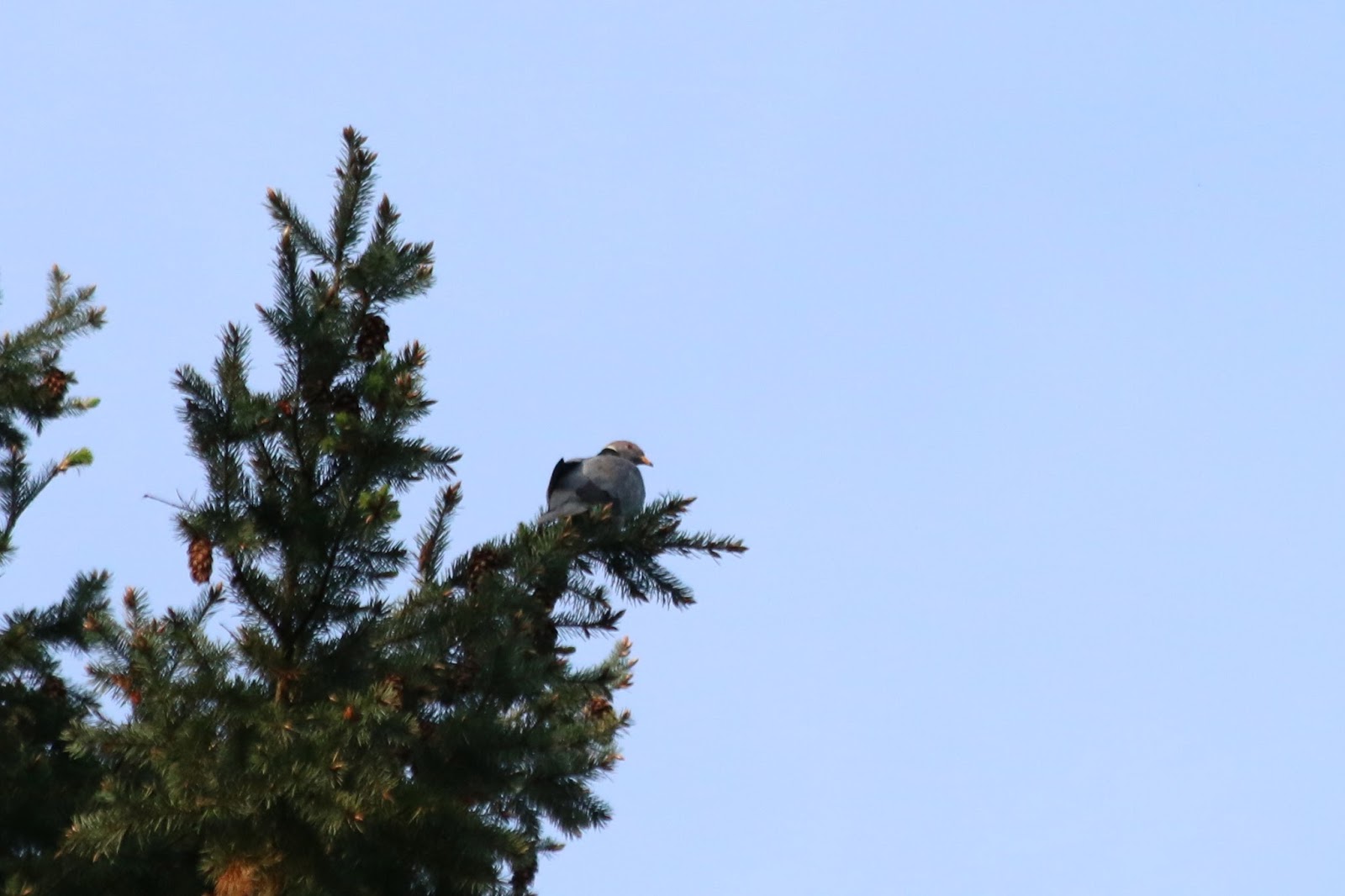 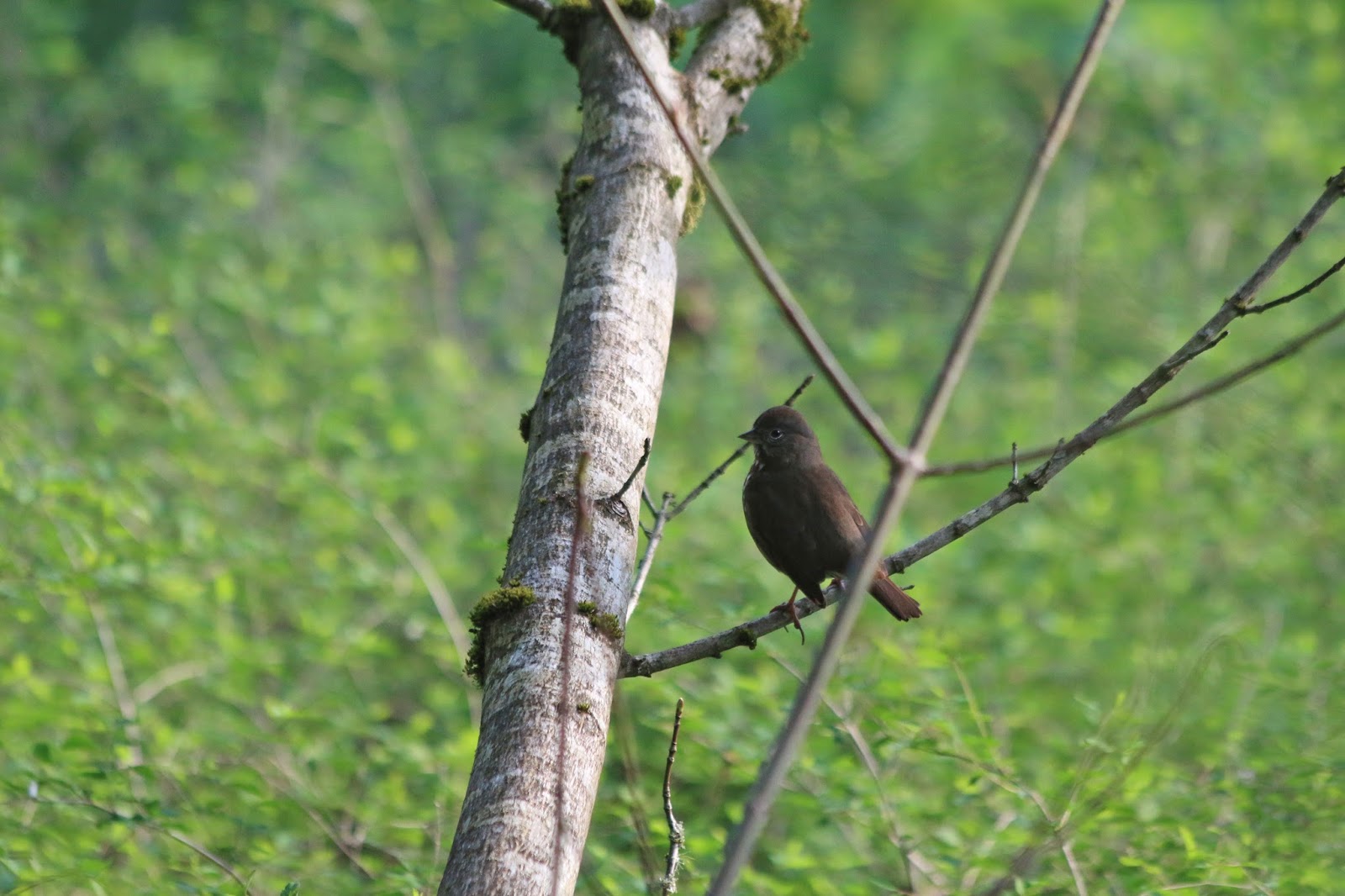 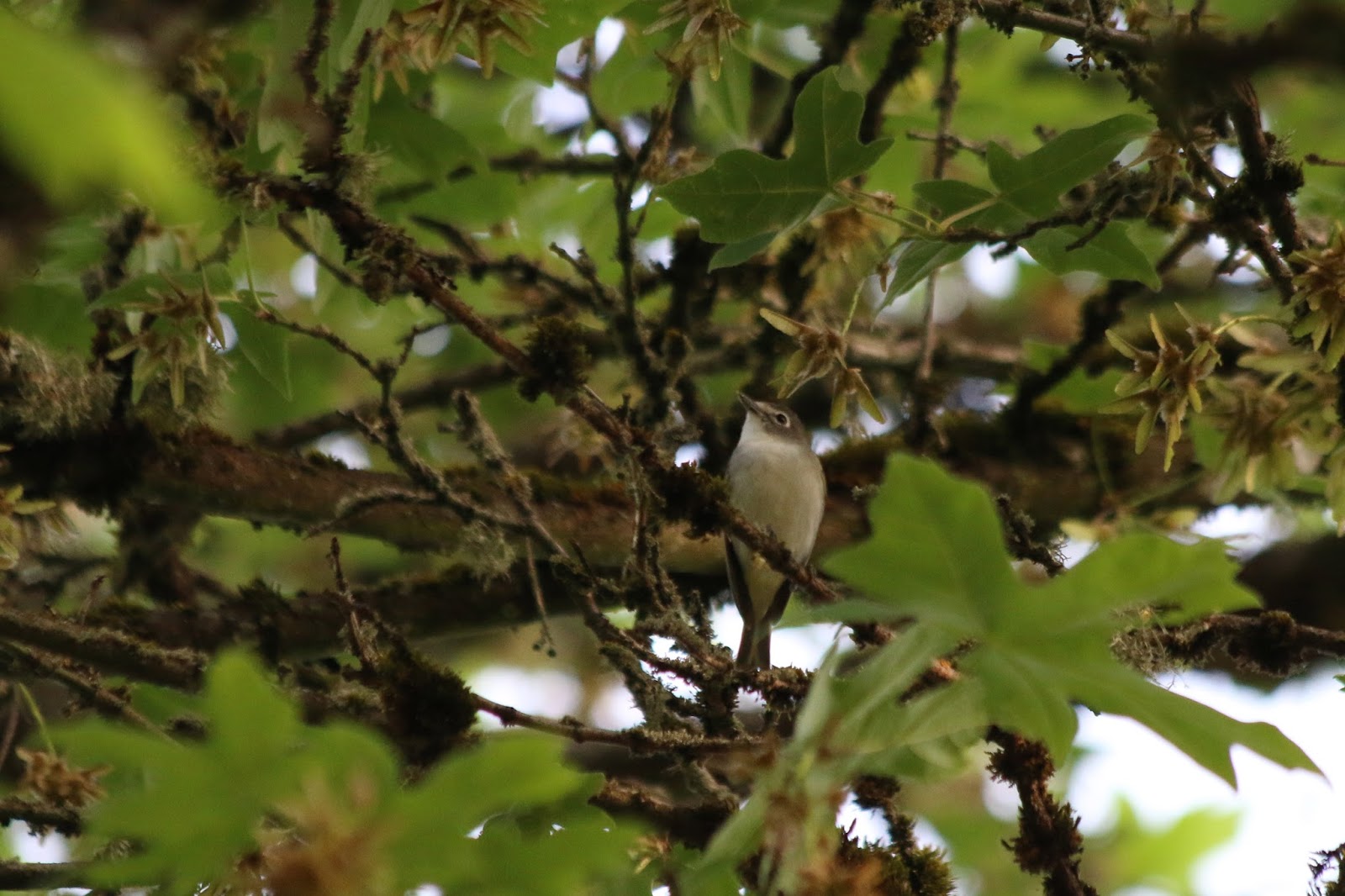 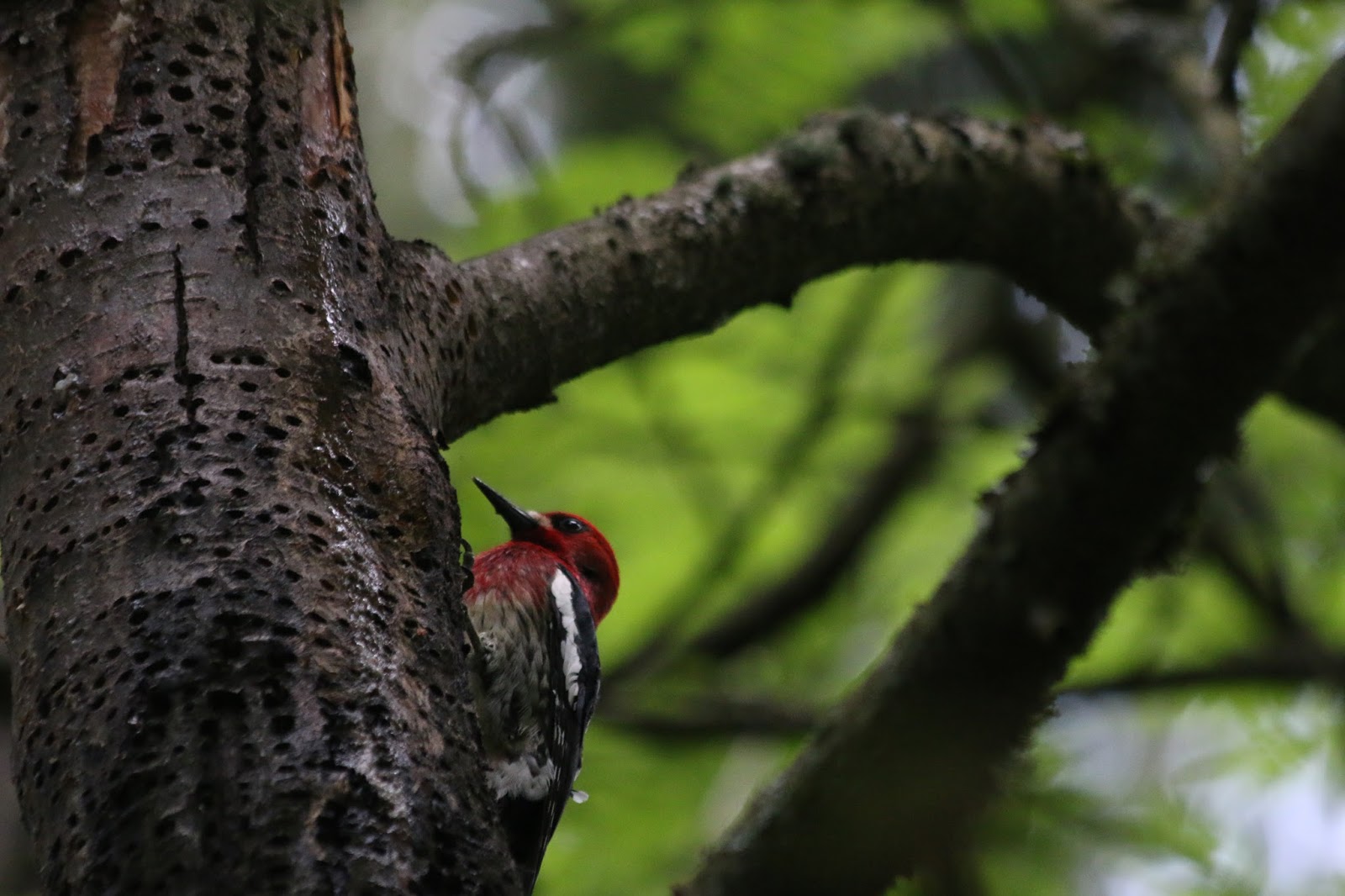 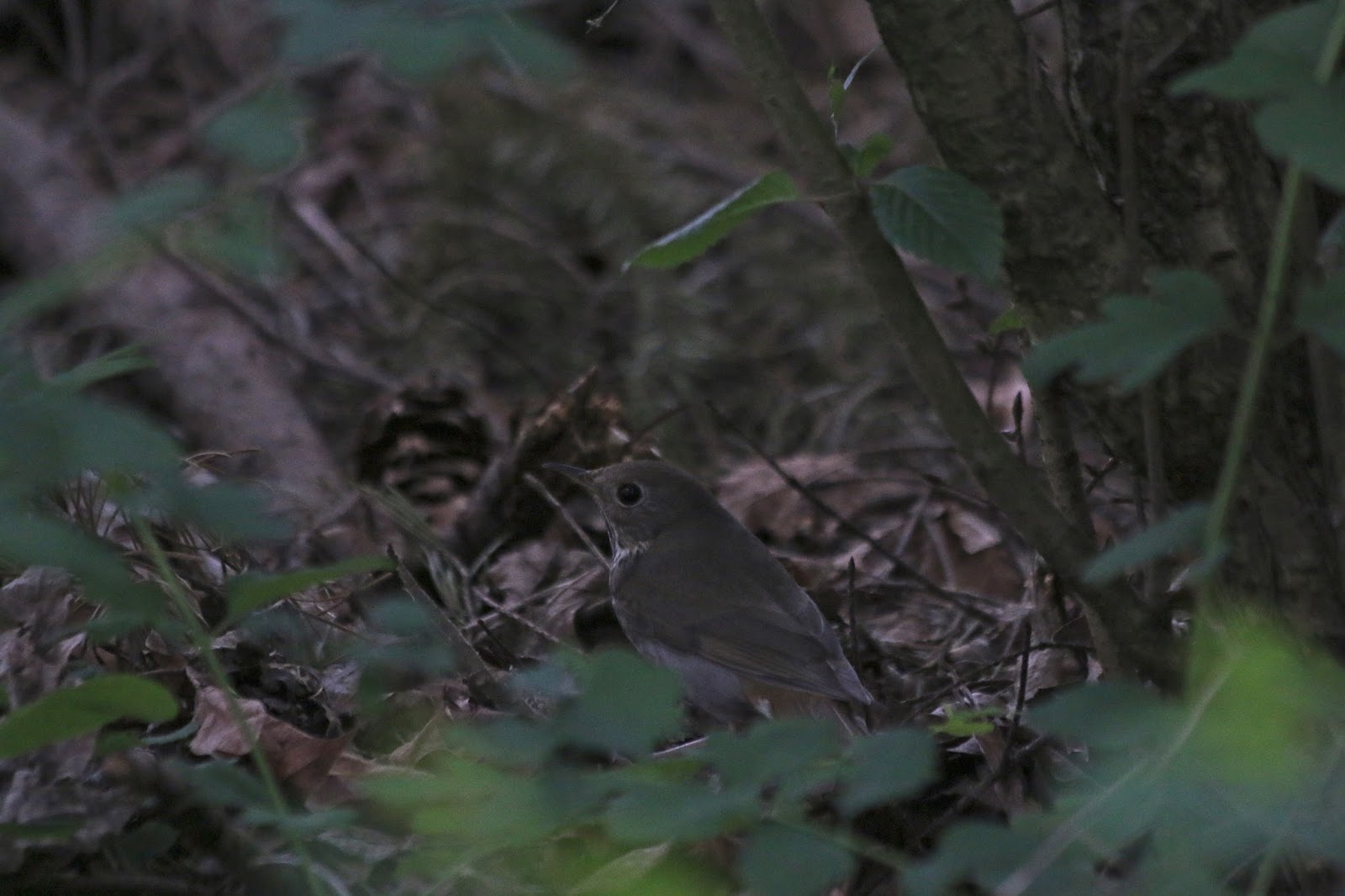