on June 04, 2015
Maine is over. I survived ten days of birding and raging and birding some more with three of my favorite bird nerd bros, Seagull Steve, Nate, and Dan. Since it's still debatable whether my photos from the first four days will ever be extracted from my SD card, I'm diving right into the middle of the trip to our boat trip to Machias Seal Island. We took a boat led by Captain Andy and his equally chatty first mate (or whatever) Tyler from the town of Cutler. 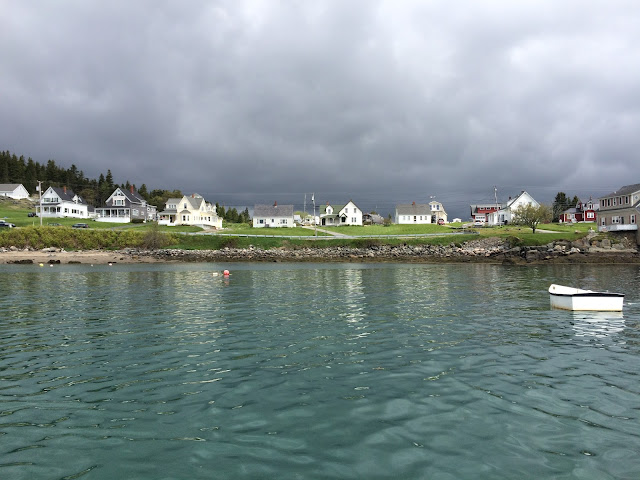 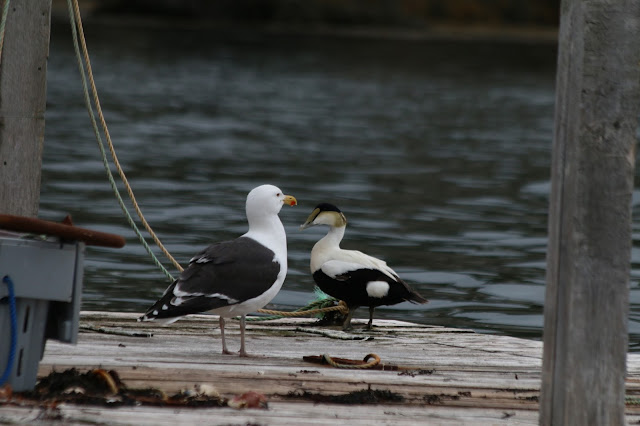 It was a short 9 mile ride out to the island and as we approached the birds started appearing through the fog... 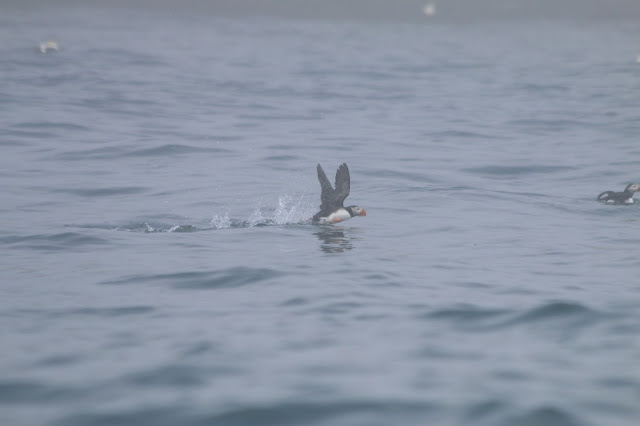 First puffins!  The only group lifer of the trip. 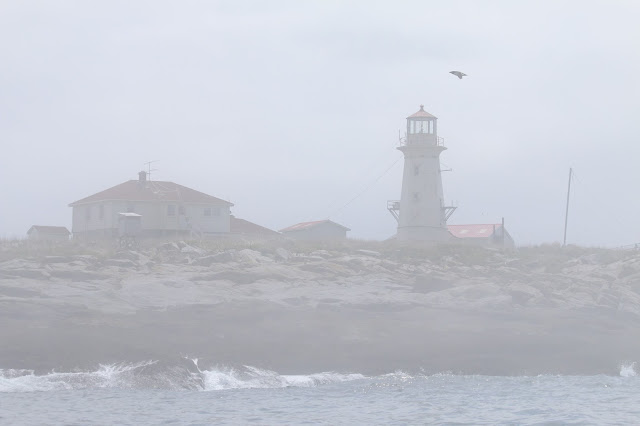 Some days the water is too rough to land at the island but we lucked out.  The fog cleared and we were able to get ridiculously up close and personal with the resident seabirds. 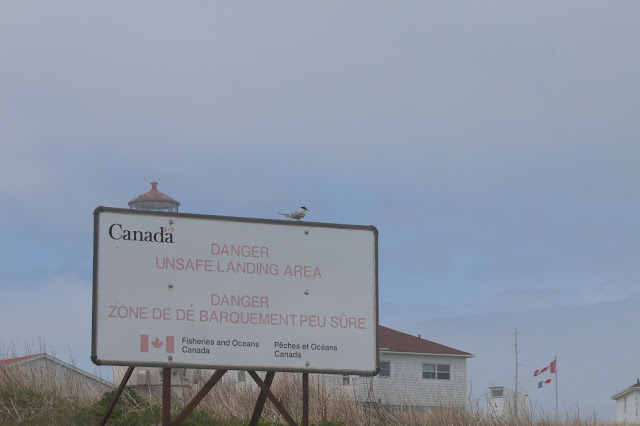 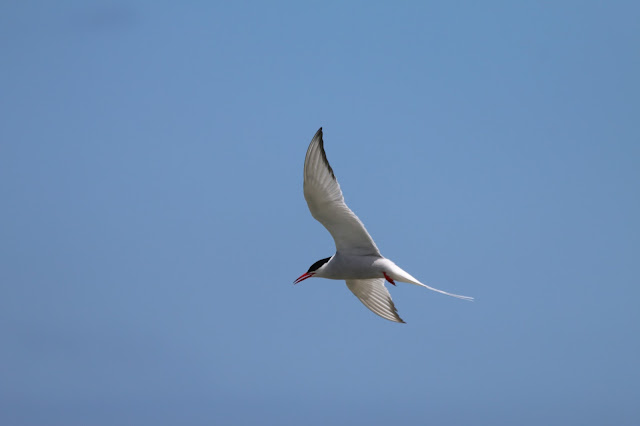 Upon landing we were led along a boardwalk to a sort of human holding pen, before being led to bird blinds in the thick of the seabird action. 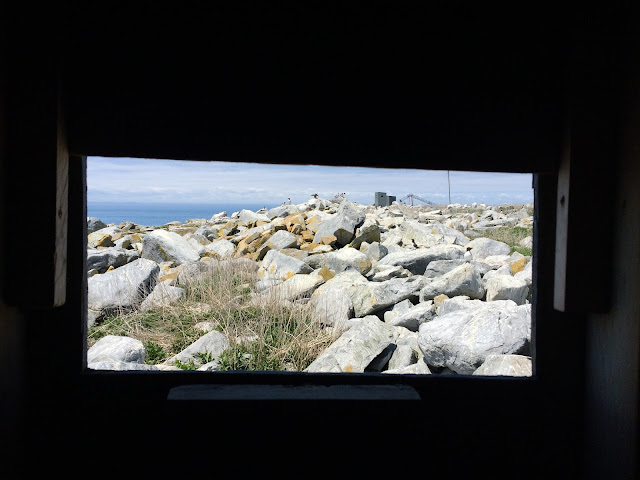 View through the blind 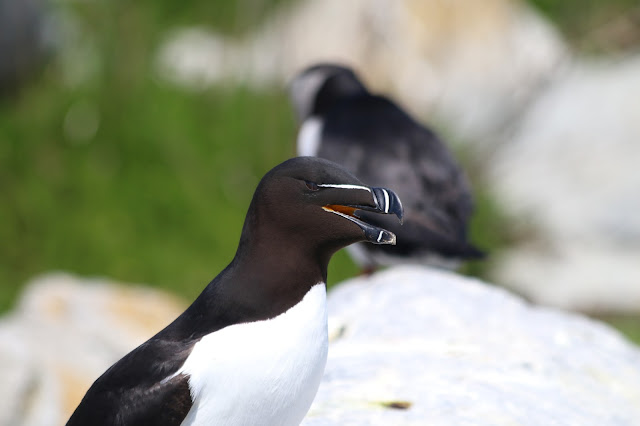 Before this trip I had only seen Razorbills at a great distance.  They are way sexier than I had realized. 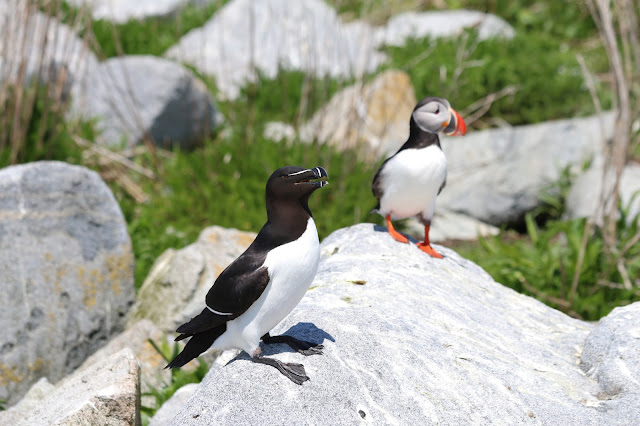 The puffins were so damn close that we all ended up with way too many photos of them.  I will do my best to edit here. 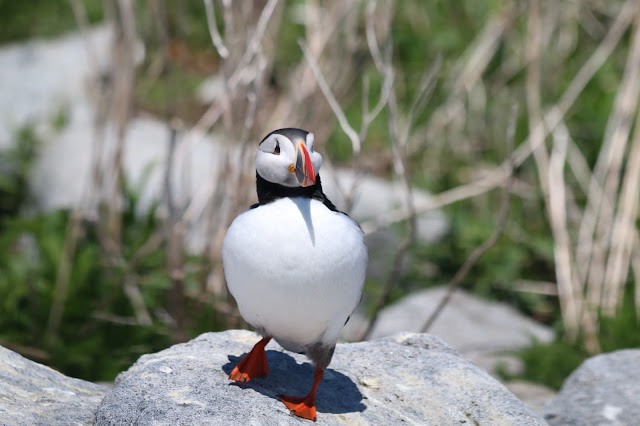 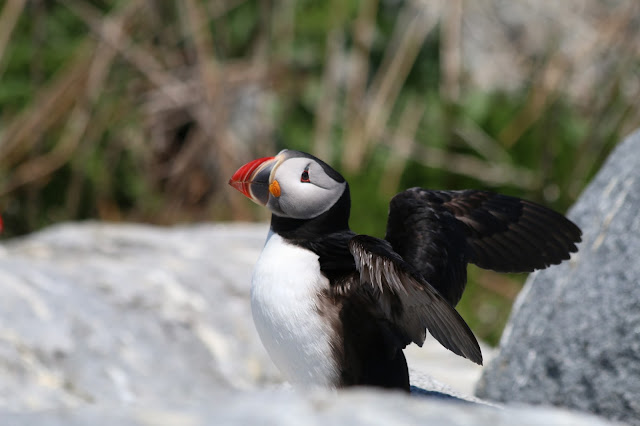 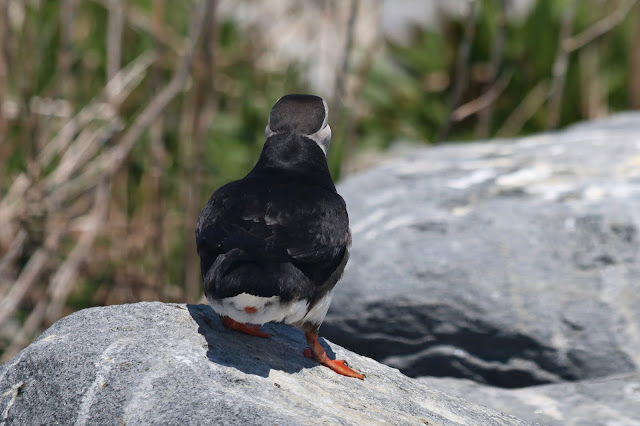 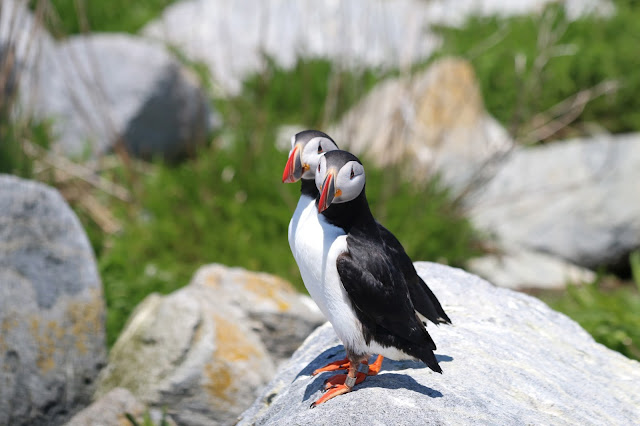 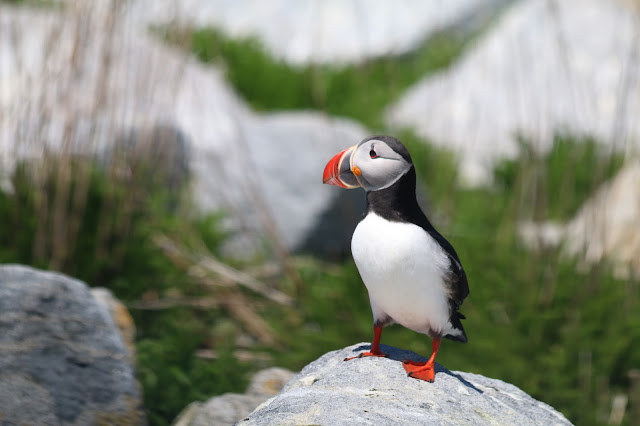 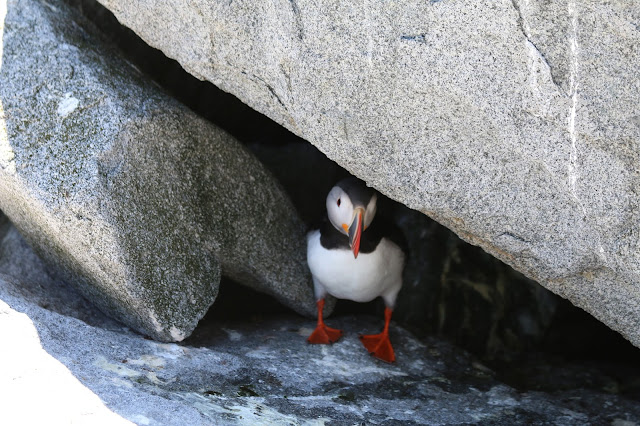 Emerging from its burrow

Kind of a crazy experience.  After everyone got to spend some time in the bird blinds we got back on the boat to check out some seals and murres.  And by "check out" I mean "totally harrass" unfortunately.  Captain Andy did not seem phased by the fact that he was causing all the birds and seals to flush from the rocks, and even continued to get closer as they did so. 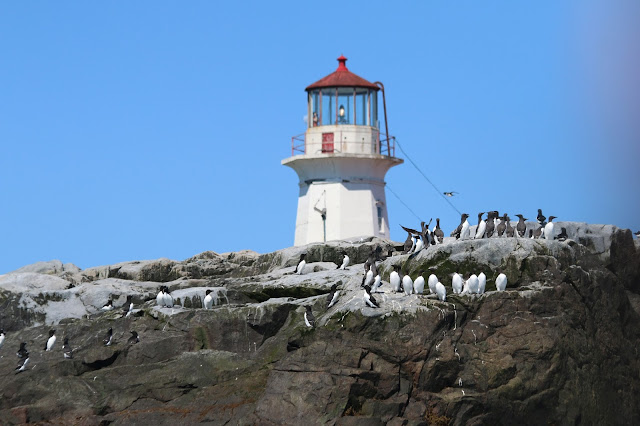 There were many bridled Common Murres in the mix, meaning they have a white eye ring and line extending from behind their eye.  Here's a bad photo: 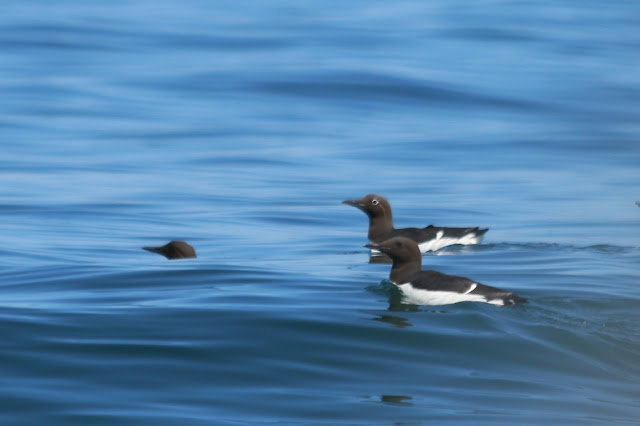 And a few of the seals that did not flee: 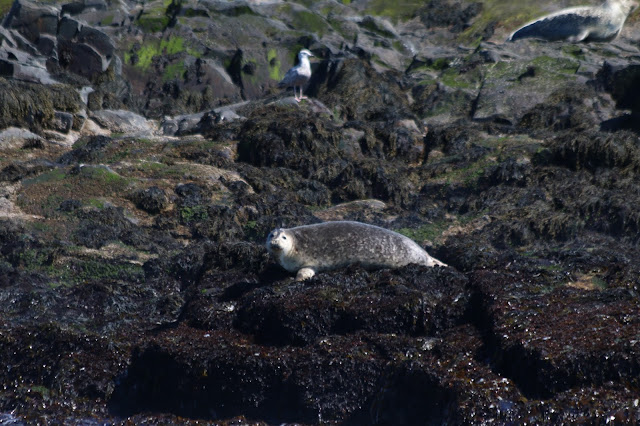 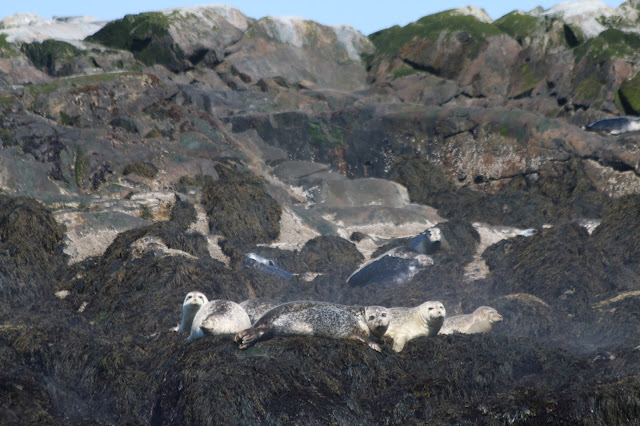