on August 08, 2015
I spent three days down in the Bay Area last week to visit some friends, see some birds, and poke the biggest dead thing I've ever seen. 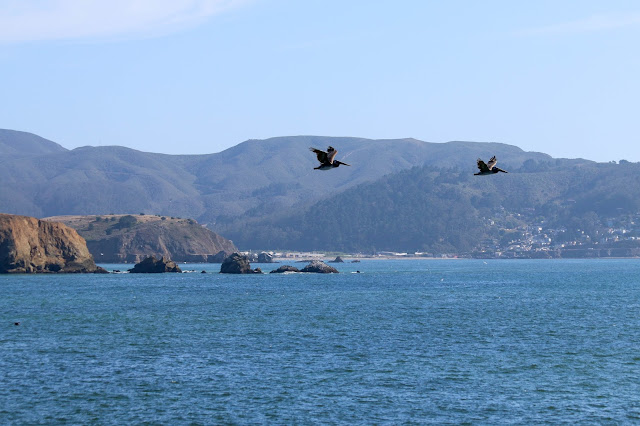 I stayed with my friend Sunni and her family in Pacifica where a dead humpback whale happened to wash up the day I arrived.  We ran out to the beach when we heard the news but found only live whales.  We returned to her house and learned the location was a bit farther north so we drove back out to the beach to find it. 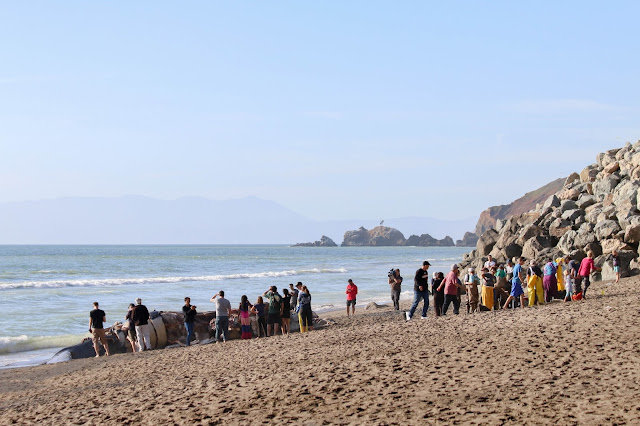 We were not alone.  The Marine Mammal Center and the California Academy of Sciences had just finished chopping up the whale to perform a partial necropsy and collect samples.  We learned the next day the whale had likely been hit by a ship. 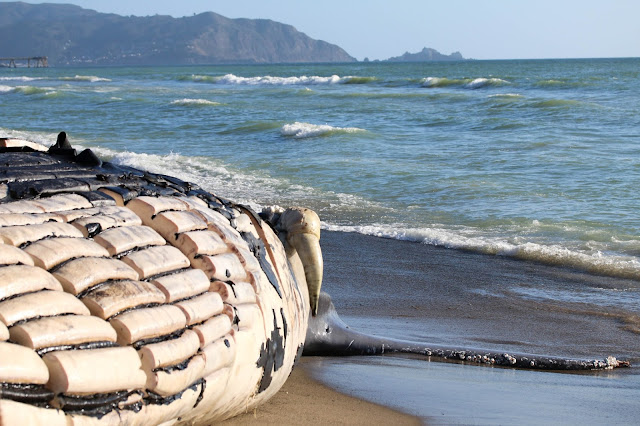 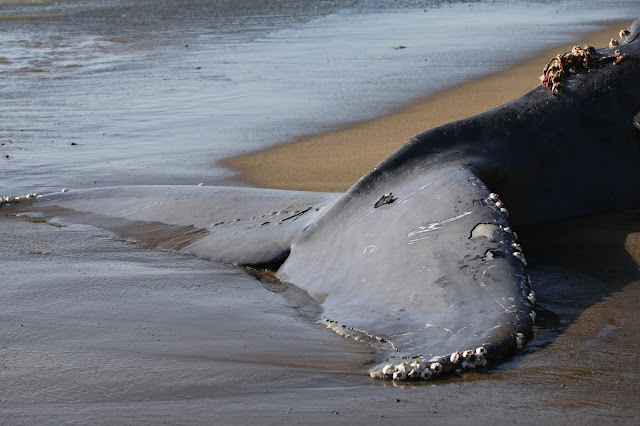 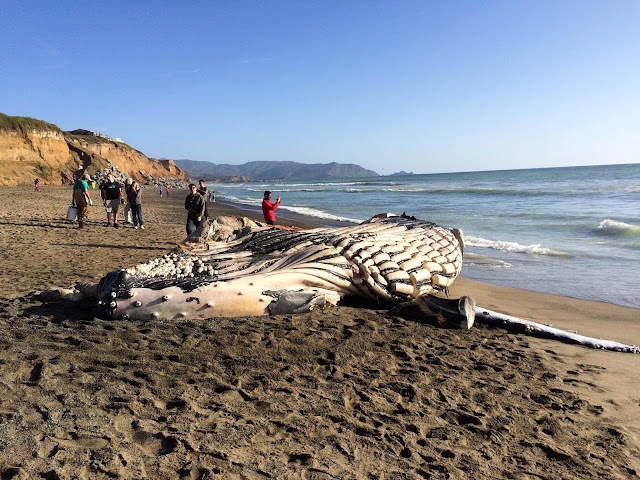 I took some macros of the barnacles, which were rad, but the smell kept me from lingering too long. 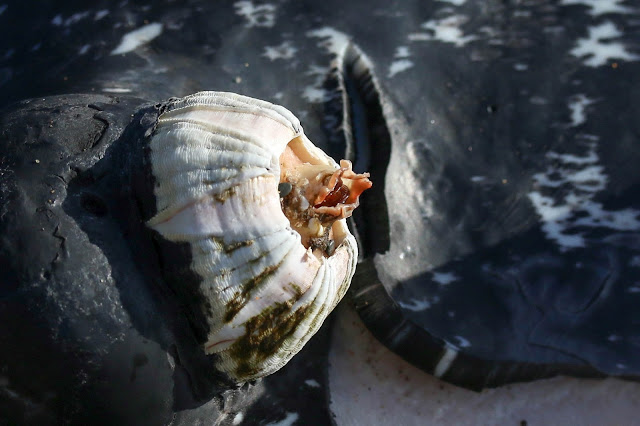 The following day I had the pleasure of birding with Numero Siete himself, Seagull Steve, for the first time since Maynerayge.  Our first stop was Las Gallinas Valley Sanitary District, which is fancy talk for a wastewater treatment plant.  The target bird was one that had not even been on my radar as a possibility on this trip, the Least Bittern.

Steve spotted one relatively quickly and eventually I saw one too.  Lifer!  The bird had flown into some reeds and was feeding two young birds.  When it flew back out I was not prepared and took this awful photo, saved only by the fact that the bird was pooping. 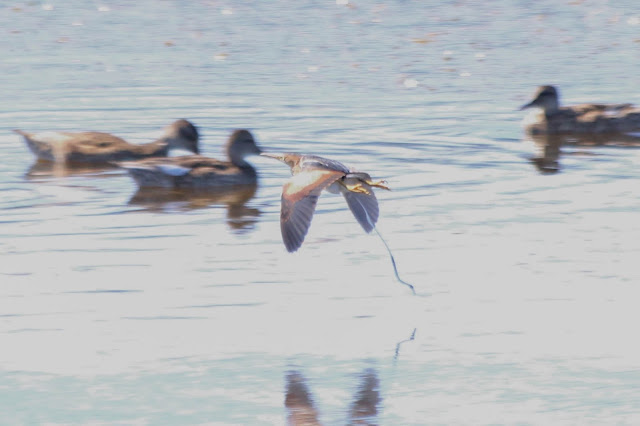 With the adult gone we focused on trying to see the chicks.  Binocular and scope views were great as the fuzzy youngsters did silly youngster things.  Photos not so great. 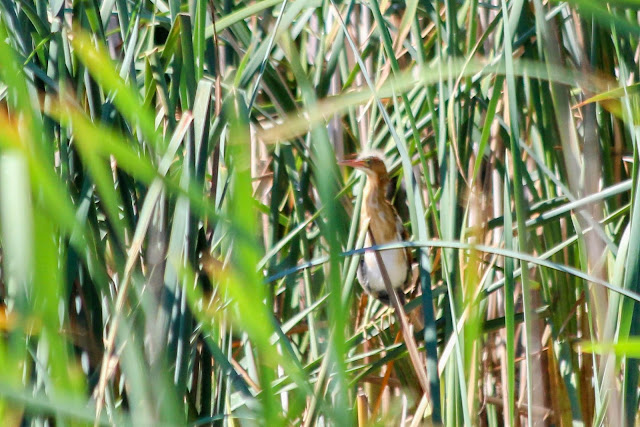 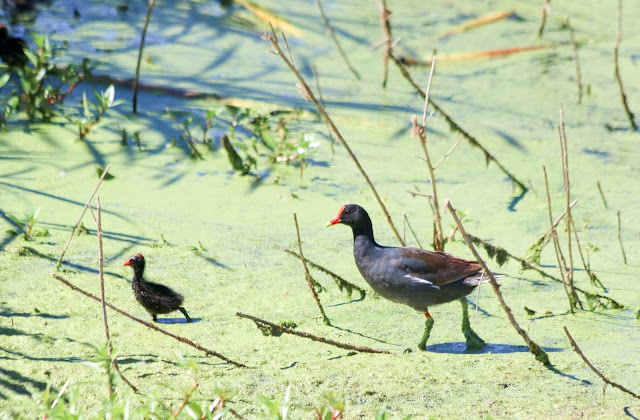 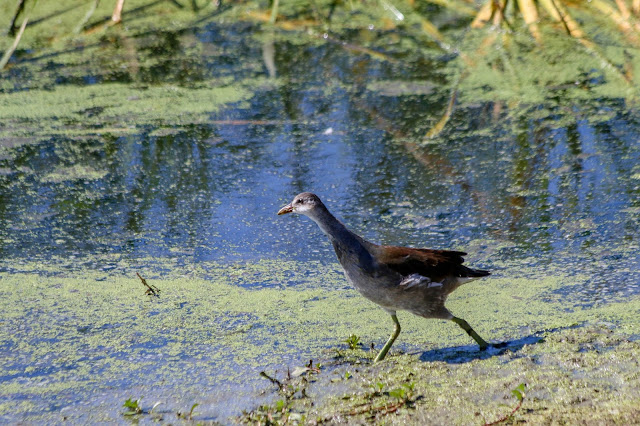 Our next stop was at Lake Ralphine in Howarth Park, a horrible place filled with domestic ducks and children in canoes and paddleboats.  Steve really enjoys that kind of scene. 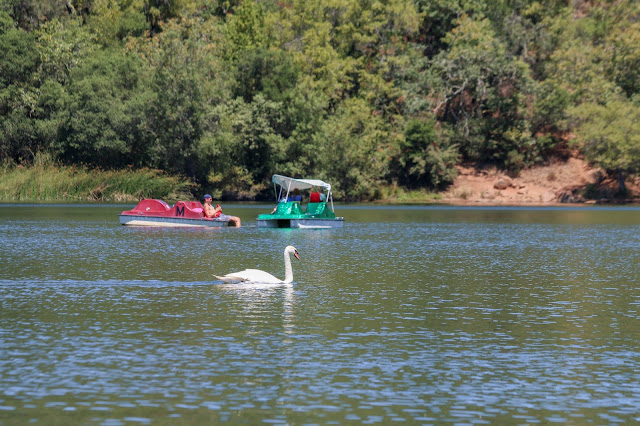 As does this controversial Black-bellied Whistling Duck: 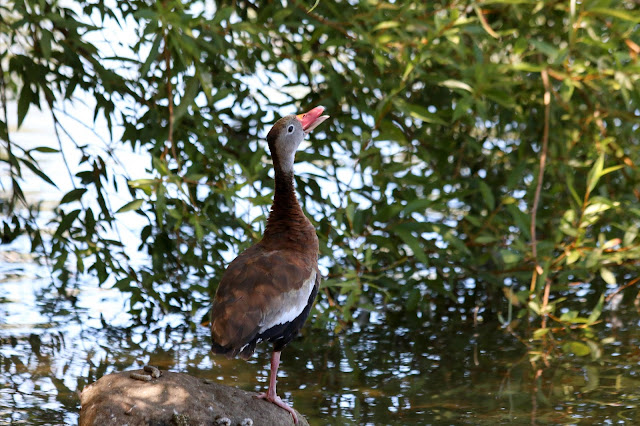 To hear the duck in a video where the bird can't be seen because of shadows, click here.  The origin of this duck is a topic of discussion and it seems unlikely that it will be accepted by the bird police as a wild bird.  But that's fine, it's still a cool bird and I had never heard one actually whistle before. 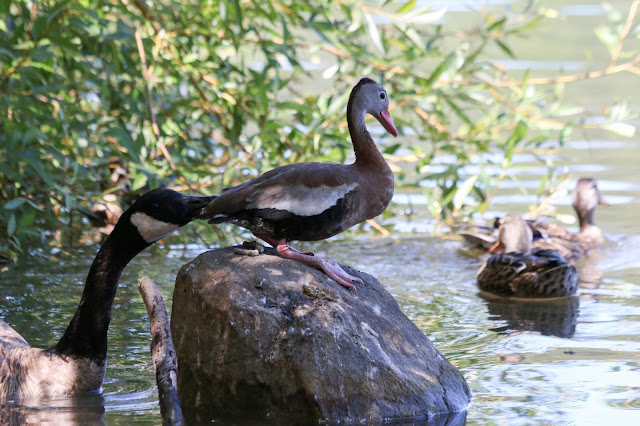 Good times with Seagull with only one HJ added to the tab.

That evening my friend Sunni and I did a little exploring of a park called Sign Hill.  It was only after we came down from the hill that we realized what hill we had been on, the hill that boasts the big South San Francisco letters as seen here.  The view from the top was neato.

A single White-throated Swift was zipping around, sometimes at eye level, tormenting me while I tried to get its photo. 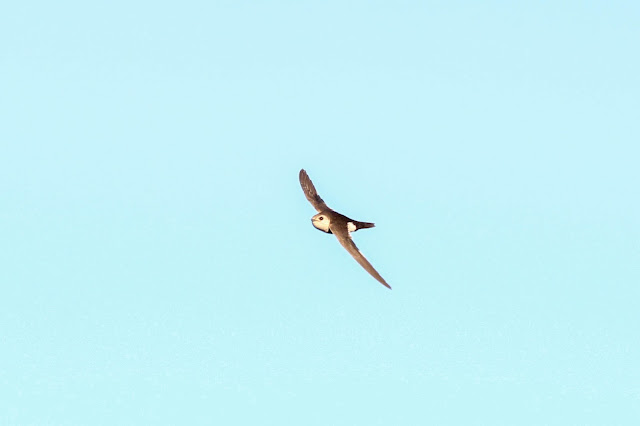 A Painted Lady on the trail was bit more accommodating. 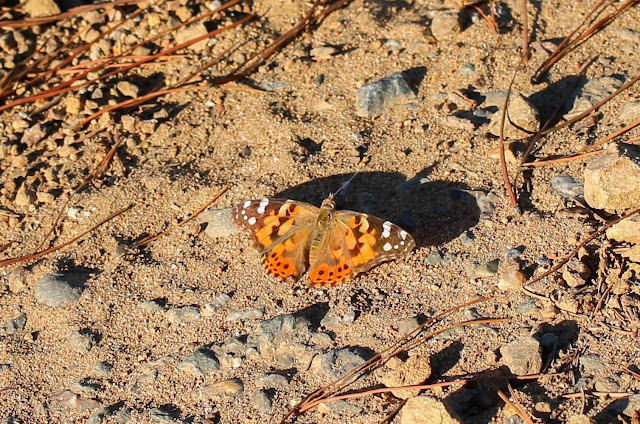 Oh yes, there are insects for me to chase in California too.  I found a few good ones around Sunni's yard, like this cool bee fly on a lilac leaf: 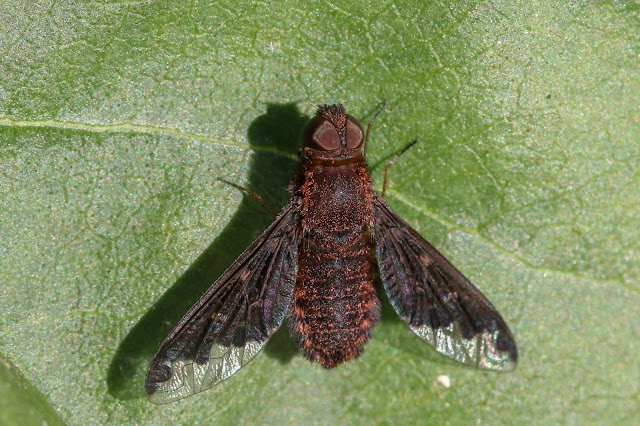 She had some cool moths coming to her outside lights at night as well, like this Bilobed Looper: 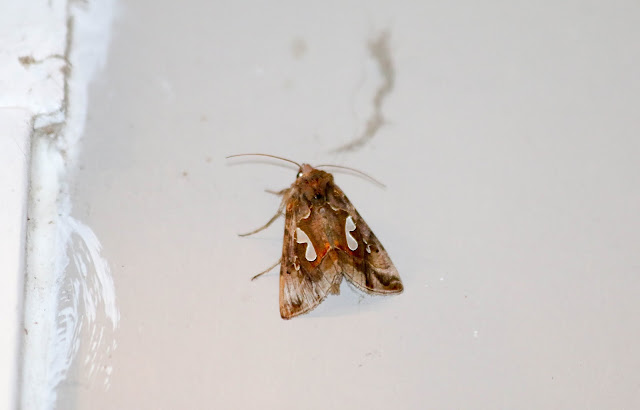 Trapped on the wrong side of a window screen one morning was this nifty orange fly: 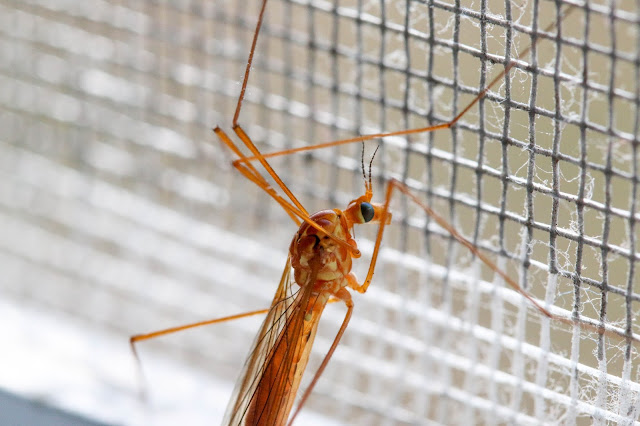 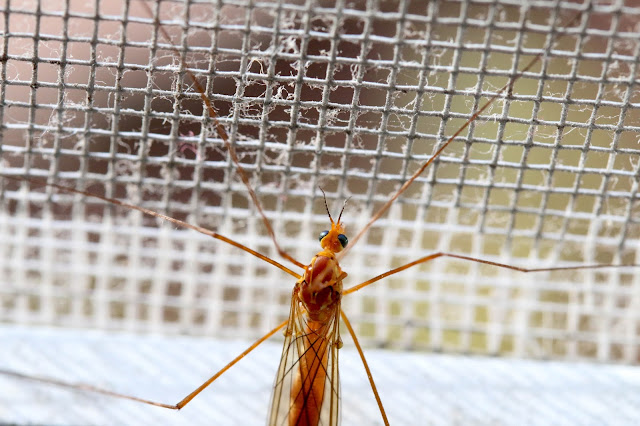 Lurking in her yard was this very young but very large beast: 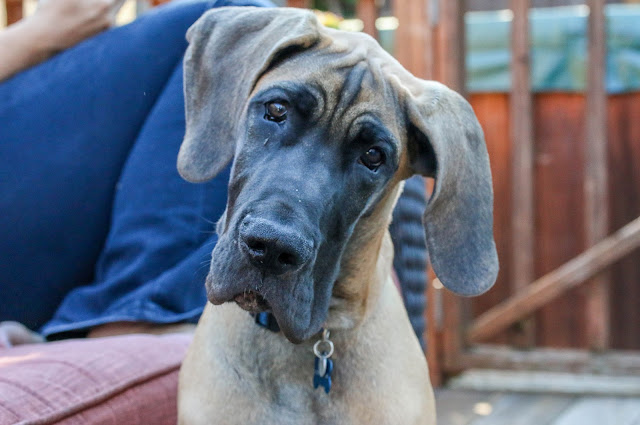 The First Part is over.  And I have a song in my head.