The majority of my birding lately has been focused on shorebirds, mainly due to all the good stuff that has been showing up at Broughton Beach.  This is probably the hottest birding spot in town right now and it's only a ten minute drive from home. 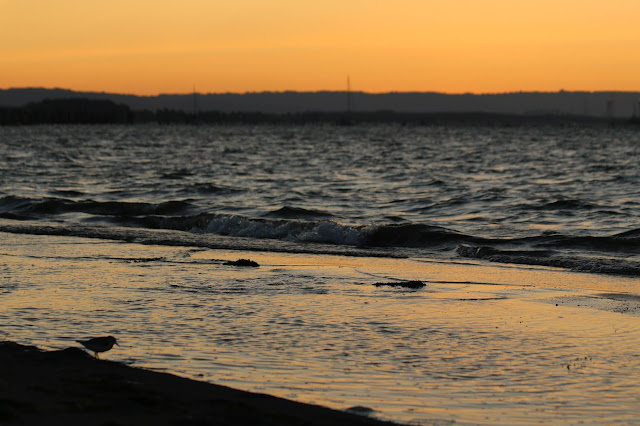 So let's see, the first nice birds to show up were the Baird's Sandpiper, Semipalmated Sandpiper, and Long-billed Curlews.  Folks going to look for those birds turned up Common Tern, Black-bellied Plover, Pacific Golden-Plover, and Red AND Red-necked Phalaropes, all of which I missed.  I did see the Semipalmated Plover one evening while failing to find the golden. 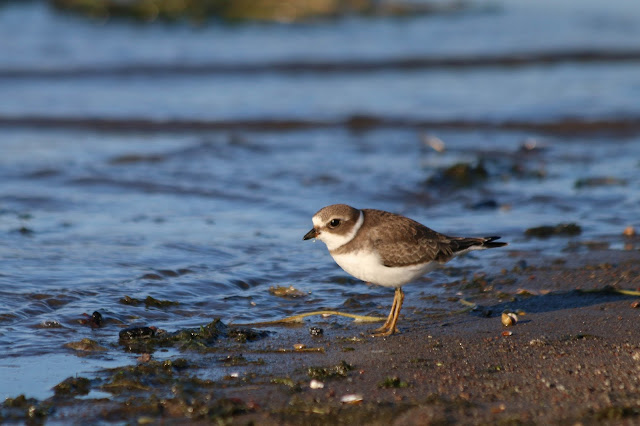 Shorebird ID can be rough but I'm going to share a helpful secret with you:  a little known ID trick of the pros is knowing the size of a species relative to a yellow bell pepper. 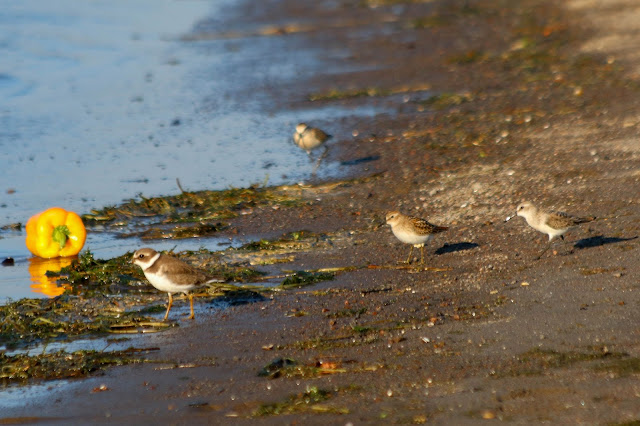 It all makes sense now, right?

One morning I arrived at the beach and found a Sanderling, always a nice bird for the county. 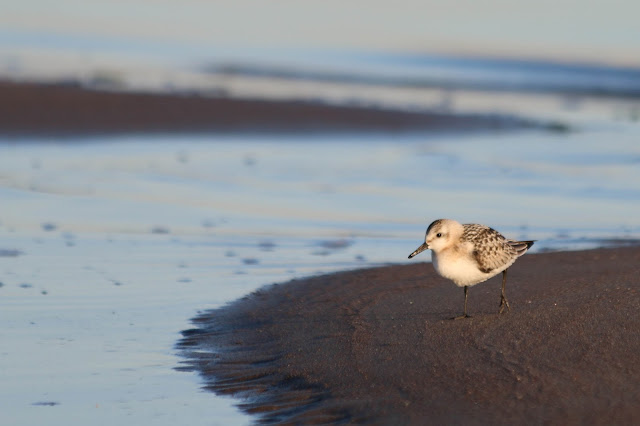 After viewing only lean shorebirds for a week it was nice to watch this plump little stay-puft marshmallow bird strut around.  I returned in the evening to find four more Sanderlings had shown up. 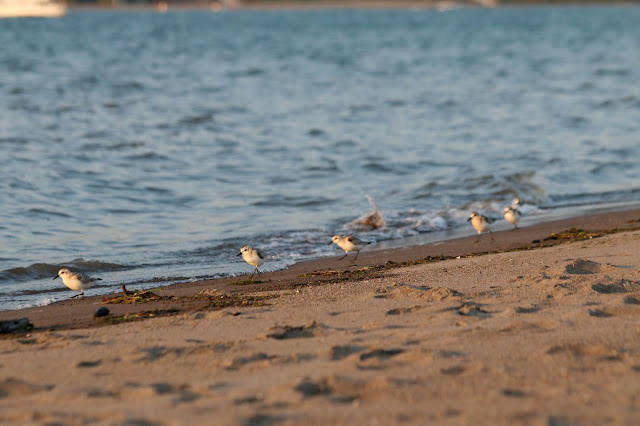 Five Sanderlings is rarely an interesting sighting, but in Multnomah County it's pretty nifty.  Also nifty, this sunrise Osprey: 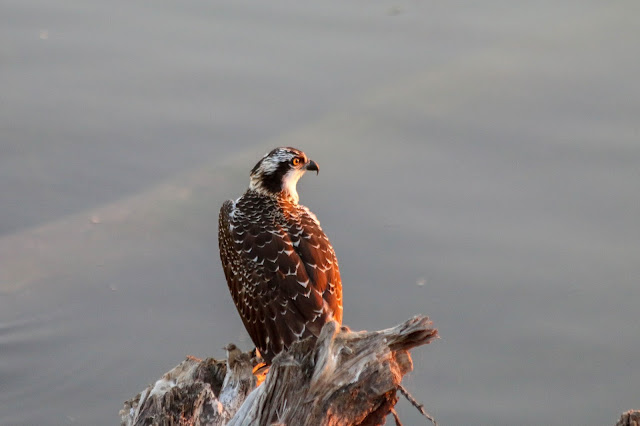 Now, don't go thinking that Broughton Beach is all happy happy joy joy.  There's a dark side there.  Some of you might know of the recent tragedy there, but that's not even what I'm talking about.  I'm talking about the two main things that can ruin your good time with shorebirds.

Yesterday evening I was sitting on the sandbar watching the shorebirds and gulls that were walking up and down the shoreline.  A lady with two kids a dog were approaching.  The next thing we know they have dropped their belongings and taken off running straight down the sandbar to the birds chasing them all away. 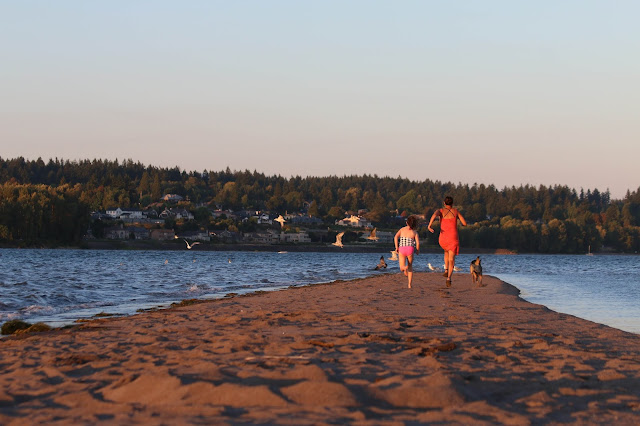 I may have yelled something, I don't remember.  Ahem.

Trying to approach shorebirds with Killdeer around is like... damn I'm failing to find an analogy that works.  Almost like trying to break into a liquor store without setting off the alarm, except the liquor doesn't fly away when the alarm goes off.  Ideas? 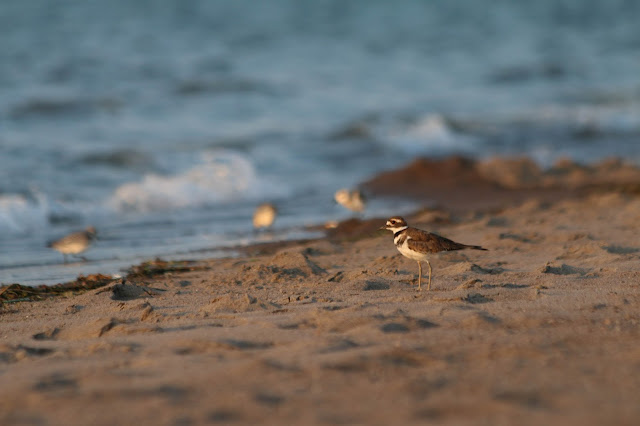 You know what I'm saying.  Broughton Beach is loaded with Killdeer landmines, be careful.

That's all for birds, now on to the rad bugs!  I was super super stoked to find a jumping spider in my yard yesterday, something I had been hoping for since dusting off the macro lens.  This one is a Bold Jumper: 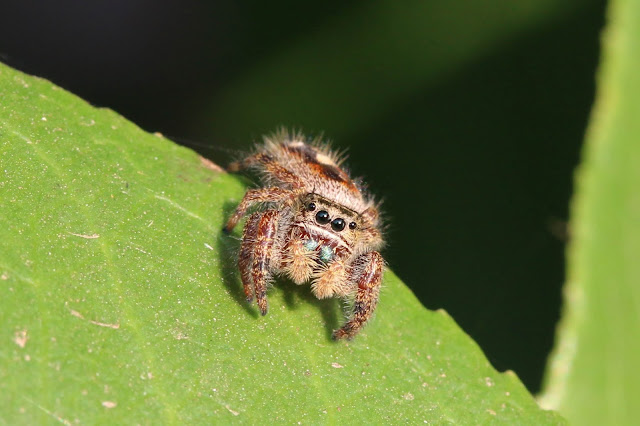 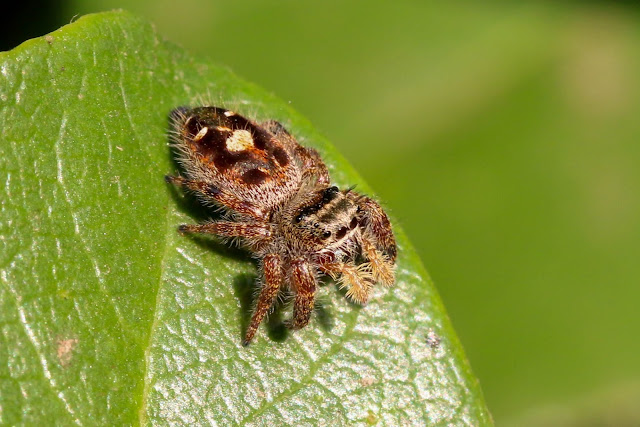 So cute and crazy-looking.  This is the best time to find Praying Mantises (in my minimal experience) and I had two on Sauvie Island yesterday. 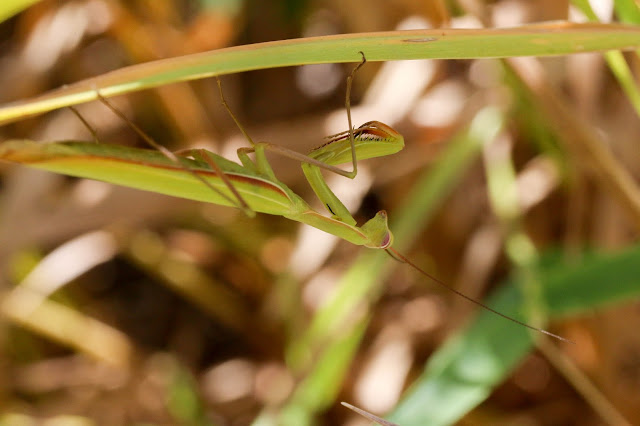 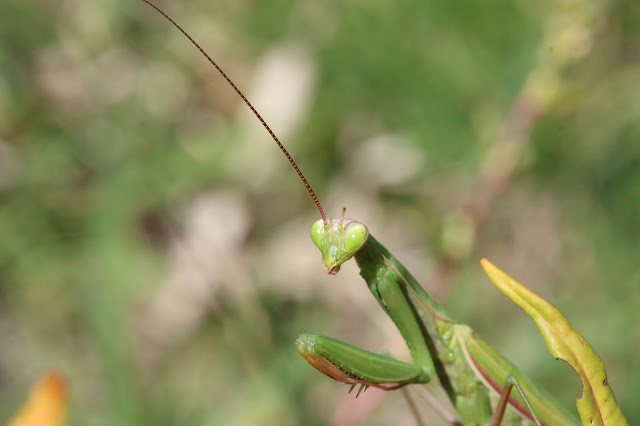 I have a million little "Baby Boo" pumpkins thanks to my hard-working pollinators.  If anyone has any good recipes, please share! 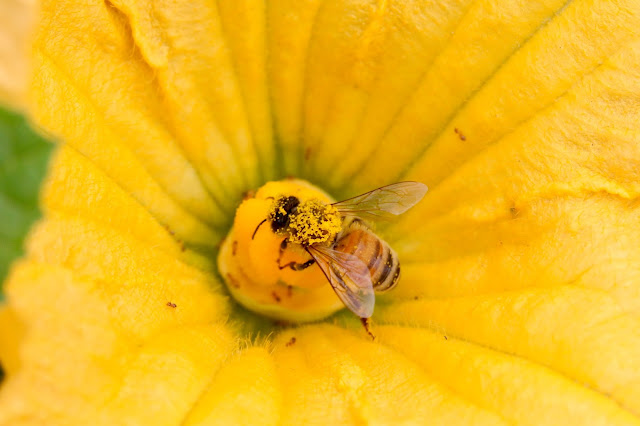 The pumpkin flowers have been ripe with scandal as well as pollination... 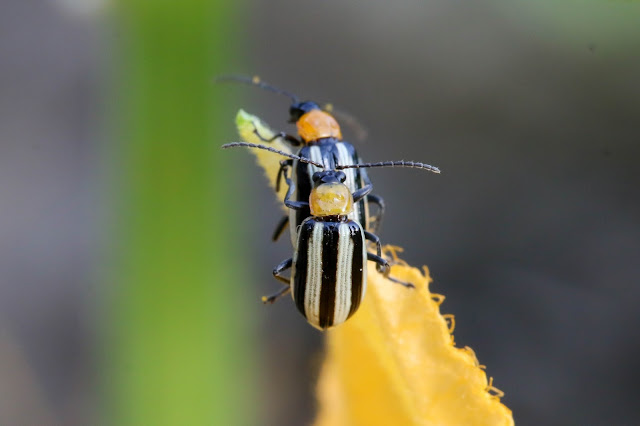 If you need more bugs, check this Flickr album.