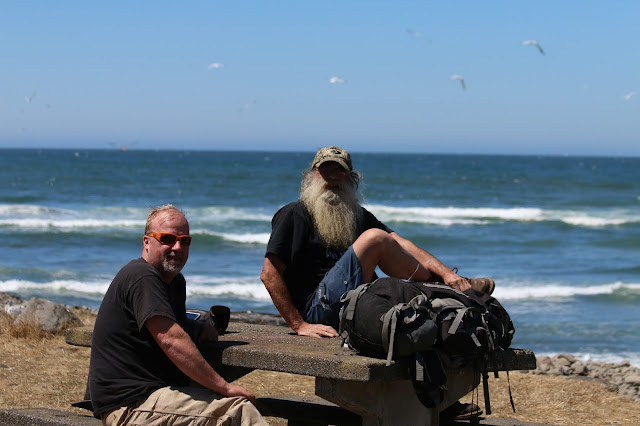 This is Beardo and his friend Orange Sunglasses.  This is the type of people that love to talk to me while I'm looking for a Ruddy Turnstone.  Beardo asked me to take their photo.  This would not be that weird if Beardo actually had a photo-taking device.  Then Beardo asked Orange Sunglasses for his phone number so I could send O.S. the photo (from my real camera, mind you), via text apparently.

Instead of doing that I'm just posting the photo here, because I'm a jerk.

Also at the cove I had a lady follow me around complimenting my dogs while throwing cheese puffs to the gulls.

This is why I hate going places sometimes.

My next stop at the coast was Necanicum Estuary where four Whimbrels took off the second I noticed they existed, and then a lady with four off-leash dogs blocked the route I wanted to take.  I turned around and trudged back to find five Least Sandpipers by the muck. 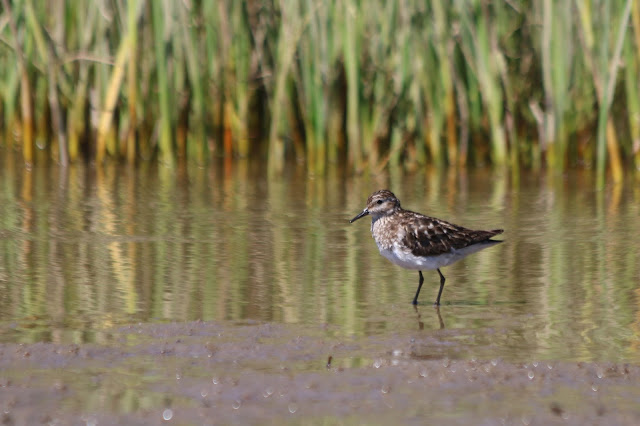 After getting a motel room and eating dinner I drove north along the coast to the Long Beach peninsula in Washington where it was rumored that shearwaters were gathering in impressive numbers, visible from shore.  I walked the dogs out to the beach from a random road in the town of Long Beach and got my first looks at the masses. 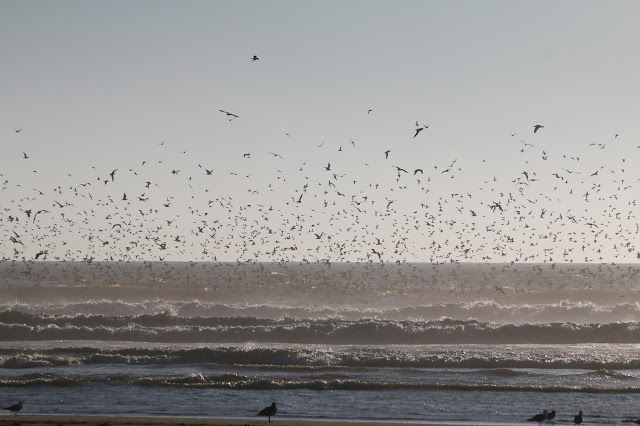 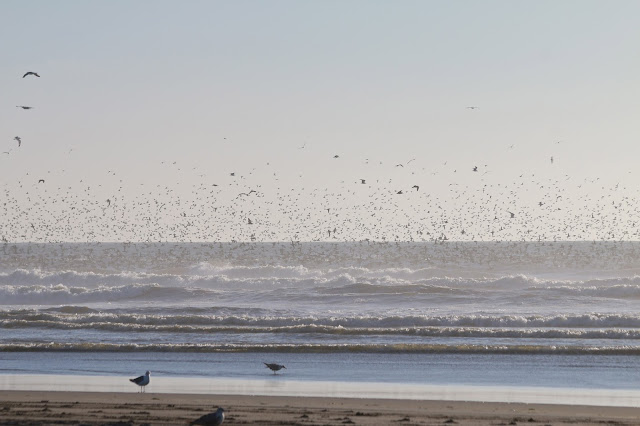 The birds, mostly Sooty Shearwaters with gulls and Caspian Terns mixed in, extended in both directions for pretty dang far.  I want to use the phrase "as far as the eye could see" but I thought I saw the end of the line to the south.  It was incredible.  If you want to get seasick, I have a video for you too, just turn down the sound because the wind is loud.

Lastly, a heavy crop of one of my shots to show the birds slightly better: 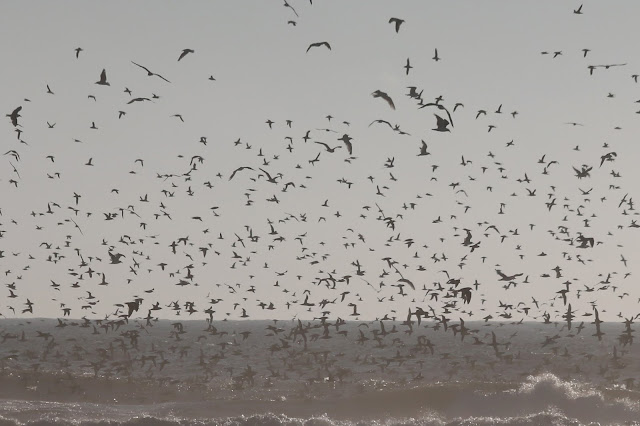 Apparently this happens every year, though I cannot tell you why. 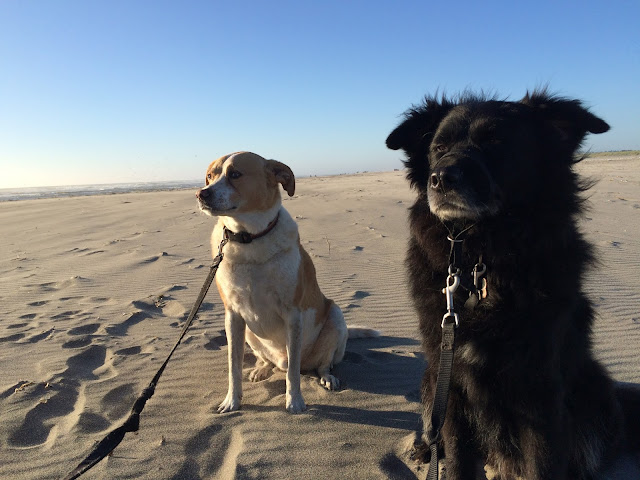 I drove south along the coast hoping to find some shearwaters in Oregon waters but no luck.  Back at Seaside Cove I caught the sunset and the Ruddy Turnstone, a bird I had not seen in Oregon in a few years. 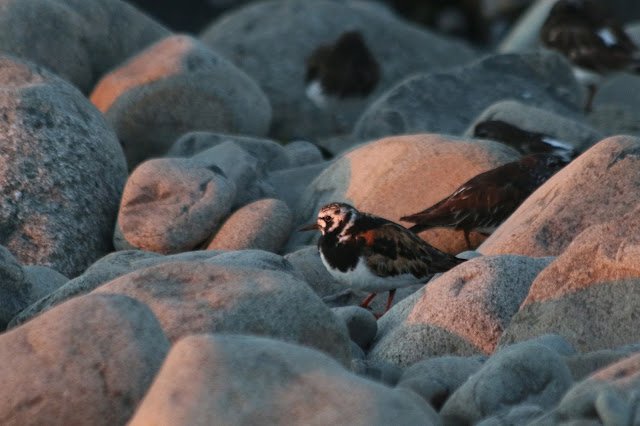 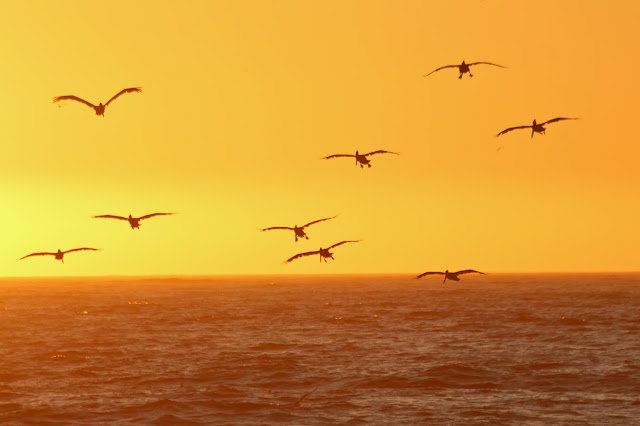 I was watching the pelicans above when I heard a voice behind me:  "hey could I bother you?"  I turned around and to find a girl standing there and she asks if I will take a photo of her and her friends. I said, "do you have a camera?"  And she said "uh, yeah" and held up her phone like I was an idiot.

The next morning I drove out to Fort Stevens State Park to see what I could find.  Foggy sunrise elk are always nice... 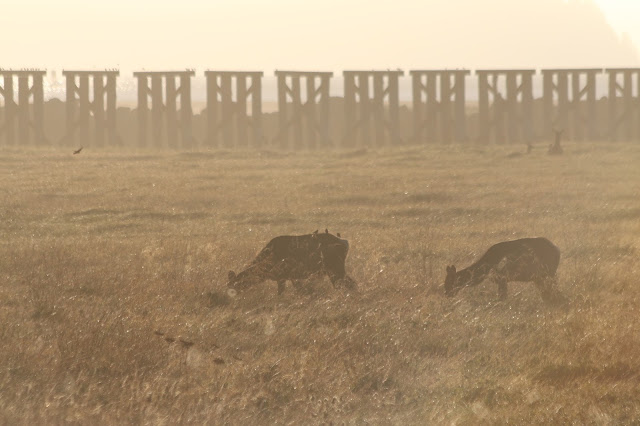 I walked the dogs out to the beach at the south jetty and began obsessing over a couple beach insects. 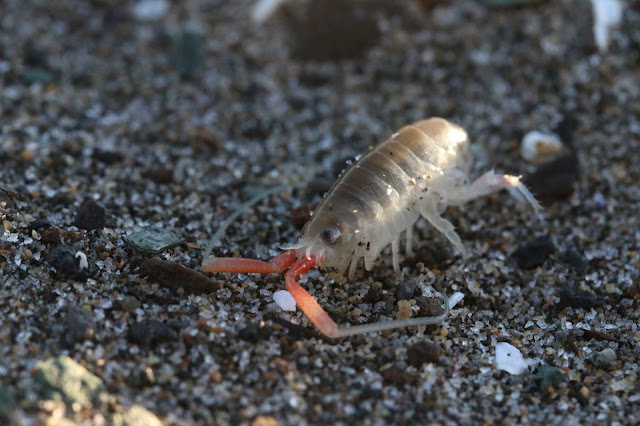 Above is a good old Megalorchestia californiana, aka California beach flea or beach hopper.  These guys hop around the beach feeding on decaying seaweed at night and return to their little sand burrows during the day (according to this website).

This next guy was big enough to get Ralph interested: 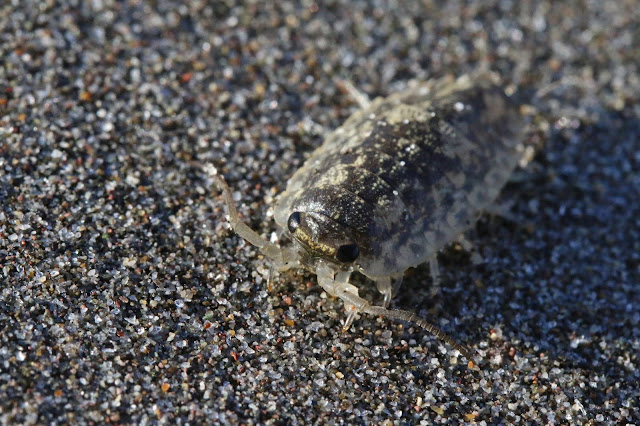 This cutie is known as a common rock louse, or Ligia pallasii, and feeds on dead plants and animals and algal film from intertidal rocks (according to this website).

I was hoping for some shorebirds to appear as we walked the beach but found only one, a Semipalmated Plover. 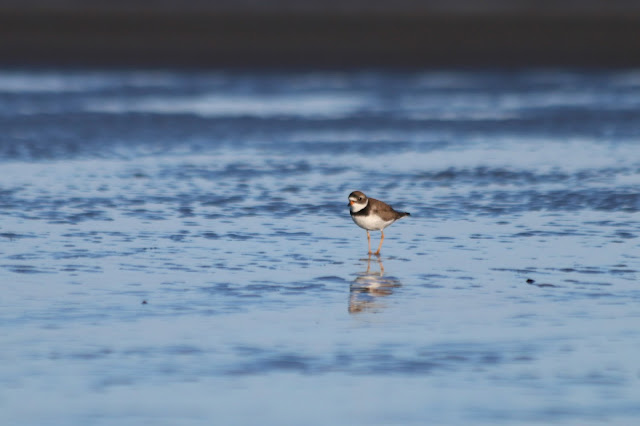 Woohoo.  Instead of shorebirds the beach was packed with Caspian Terns, Brown Pelicans, Heermann's and other gulls. 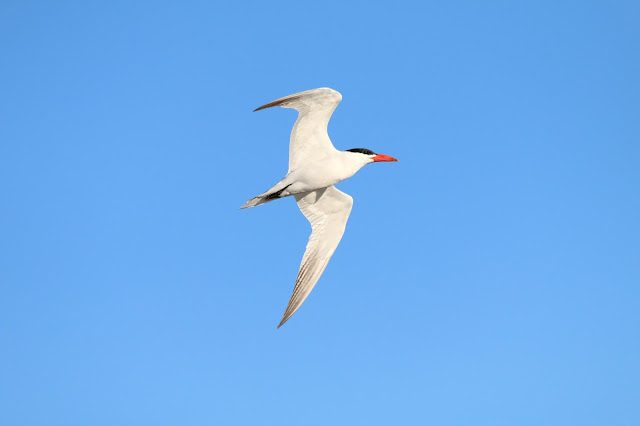 The only other birds of interest were some Bank Swallows loafing on the beach with the Barn Swallows.  Photos not worth sharing.  Over at Parking Lot D I again hoped for shorebirds, this time I came up with two!  One Whimbrel flying by and a Greater Yellowlegs. 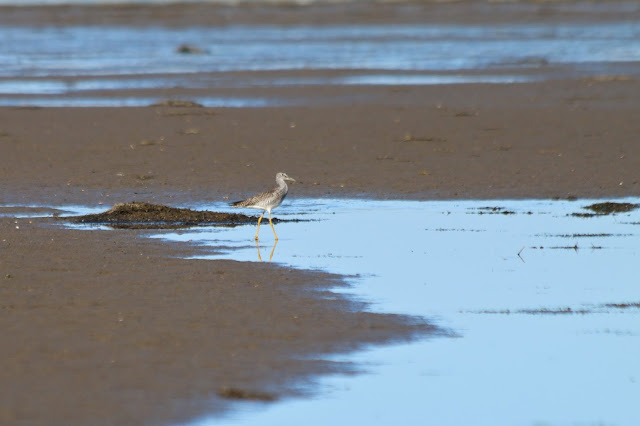 Also around was a lone Brant and a fisherman snoring so loudly that Jake was fascinated and trying to drag me back to him the whole walk.

From Fort Stevens we hit up Sunset Beach, where nothing much was happening, before heading home.  Although shorebirding was kind of a bust, the coast trip was still fun and the weather was WAY better than back in Portland.  Good times!
Email Post
Labels: Brown Pelican Caspian Tern Elk Greater Yellowlegs Least Sandpiper Ruddy Turnstone Semipalmated Plover Sooty Shearwater