on September 16, 2015
Last week while visiting my parents on Cape Cod, my dad took me birding at a couple of Mass Audubon sites.  At Wellfleet Bay the first fun creature was a red squirrel, New England's version of our Douglas squirrel.  We had seen some in Maine but I never got a photo... 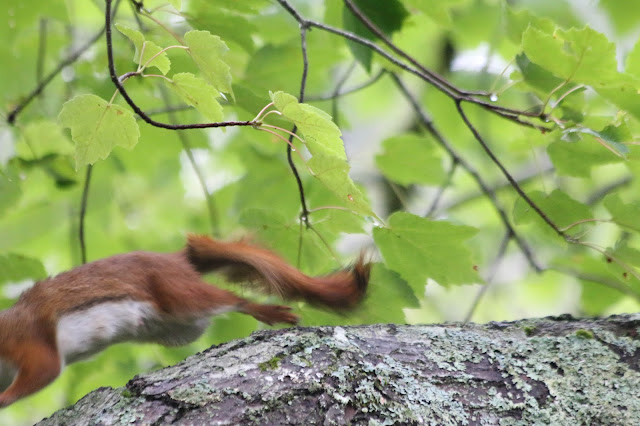 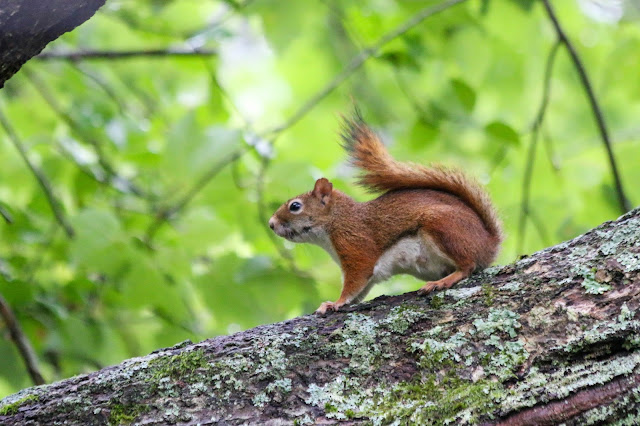 They are ridiculously cute.  We came across a second one at the end of our walk making an amazing amount of noise. 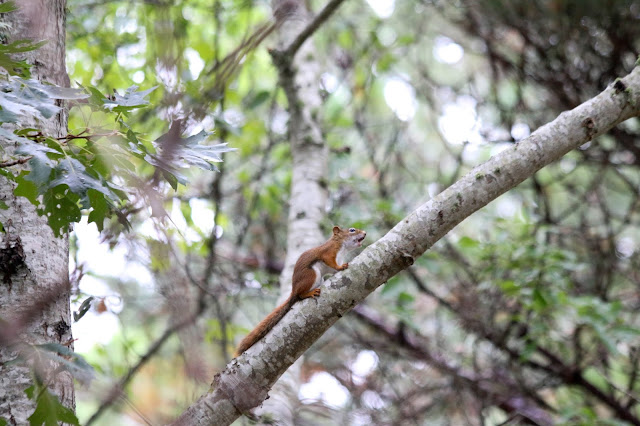 The Silver Spring trail proved lovely and squirrel-friendly but lacked the birds I had been craving. 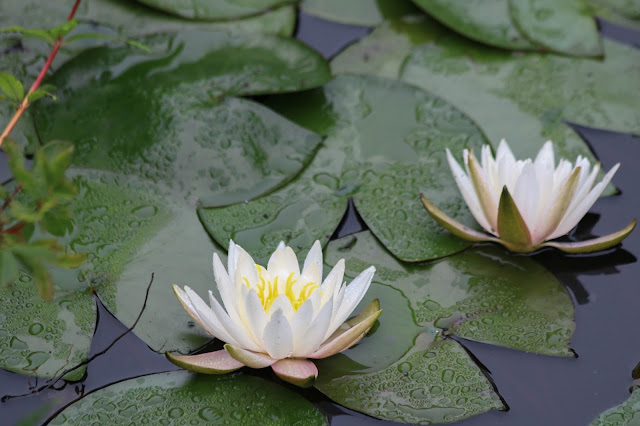 We continued on to the Goose Pond Trail, with Goose Pond being a big highlight.  When we first walked up a couple of Great Egrets were in such a pose that I thought I was looking at a statue.  It was several seconds before they moved. 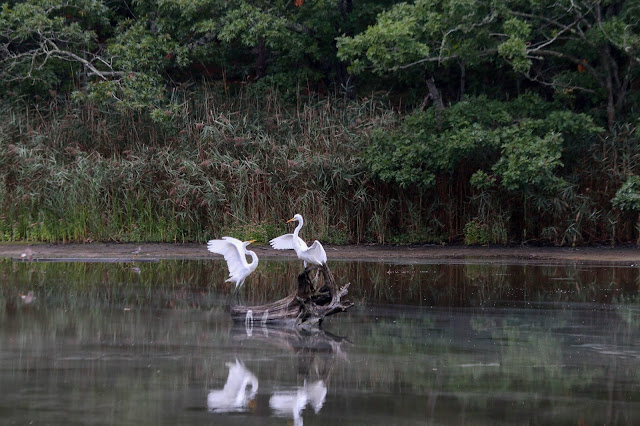 After realizing they were in fact real birds, I started to notice the edges of the pond were littered with shorebirds.  This spot turned out to be the best shorebird spot I found while on Cape Cod. 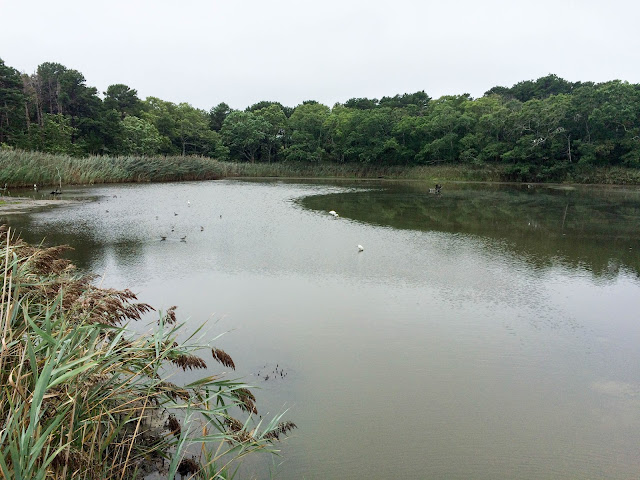 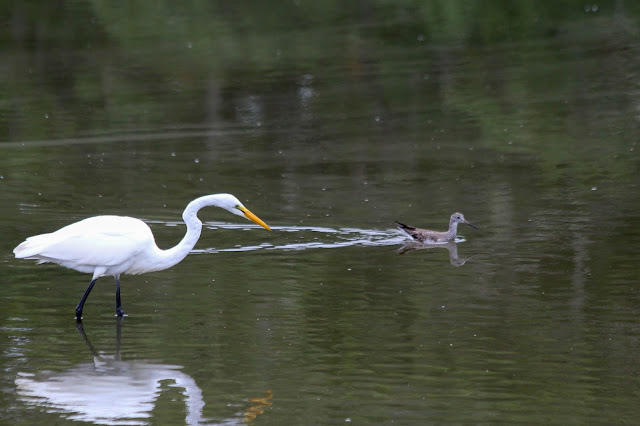 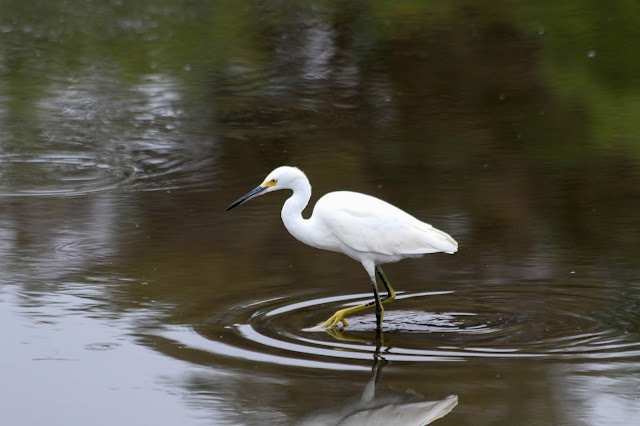 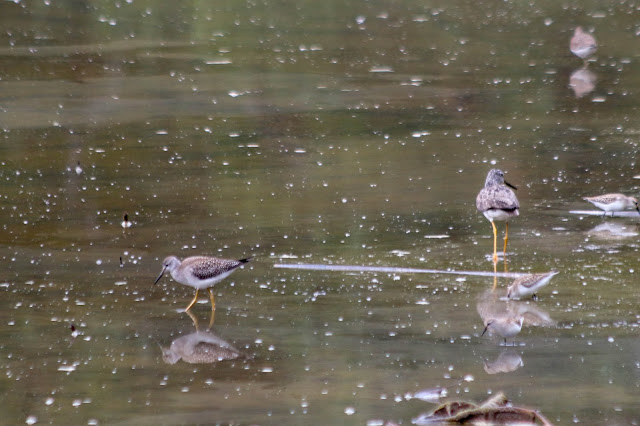 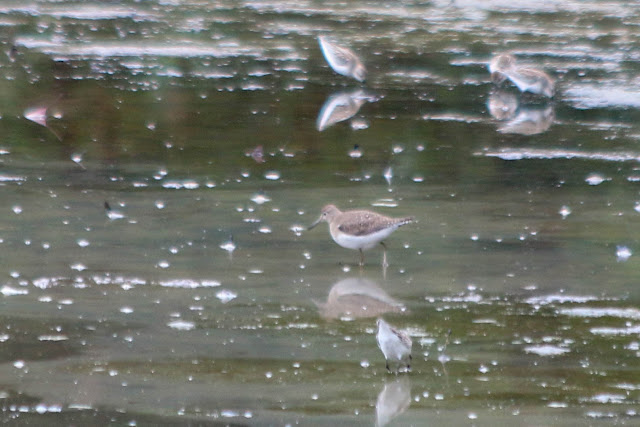 The peeps were mostly Semipalmated Sandpipers but I was able to pick out a Western and a Least among them, plus a handful of Semipalmated Plovers.

The trail goes out to the sand where many diamondback terrapin turtle nests are marked. 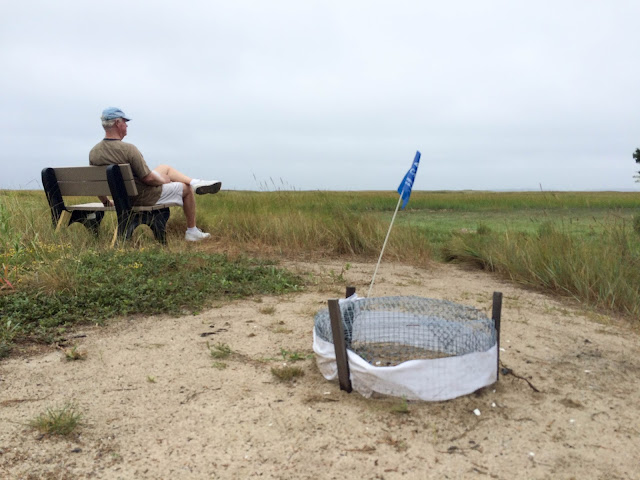 Fiddler crabs are abundant in this area. 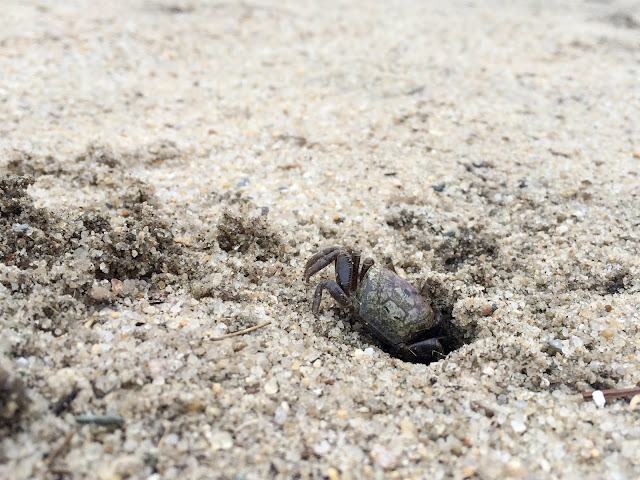 The trail winds back into the trees and I spent some time trying to identify a warbler in a pine tree. 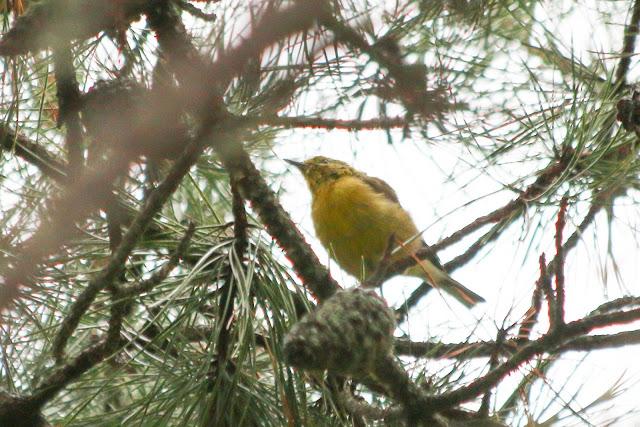 I'm leaning towards Pine, but if anyone has a better opinion, let me know. 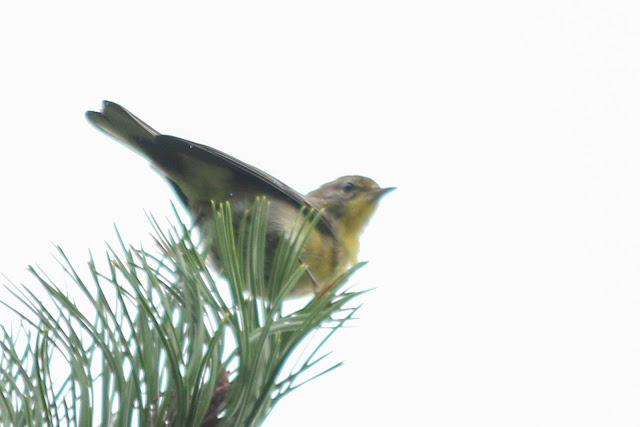 Farther along the trail I stopped for a cool bug, identified as a species of Panorpa, or scorpionfly (with help from Bug Guide). 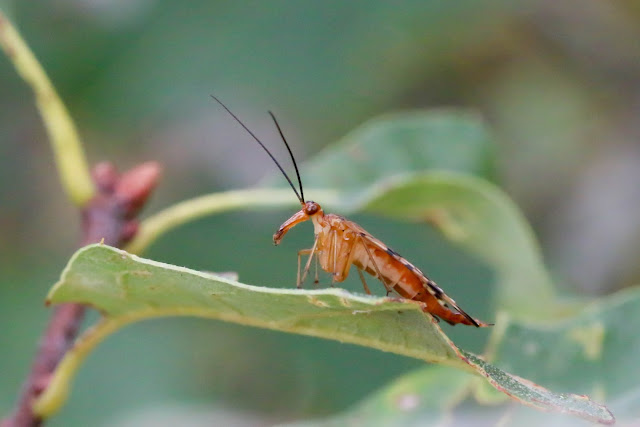 Fun fact:  they're called scorpion flies because the males have enlarged genitals that resemble the stinger of a scorpion (thanks, Wikipedia).  This specimen is apparently a female.

On the way home we stopped at Long Pasture Wildlife Sanctuary.  No foxes on this visit, but for some reason there is a pen of pigs here.  And the pigs were busy.  Getting busy. 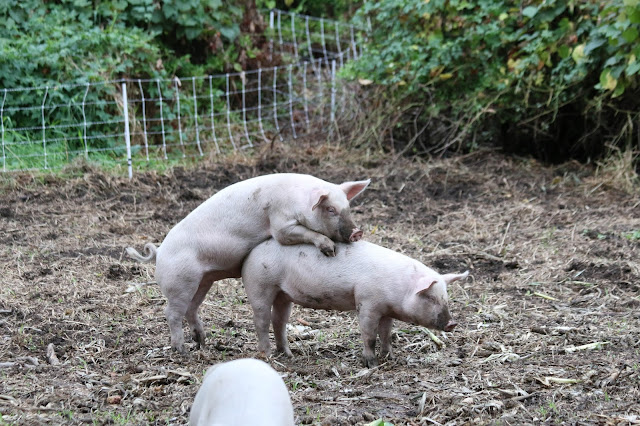 Less scandalous was this vine wrapped around another vine, dripping some kind of sap.  Anyone familiar with this? 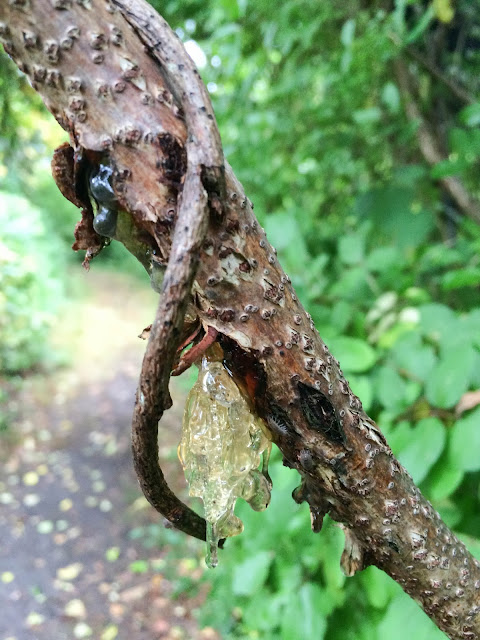 In between our birding visits we stopped for lunch and did some browsing in the Birdwatcher's General Store.  I made sure to check out the big Bushnells again, to bring back everyone's favorite, Big Bins Jen.  Good times!!!
Great Egret Greater Yellowlegs Lesser Yellowlegs red squirrel Snowy Egret Solitary Sandpiper