I took a trip out to Gilliam County a few weeks ago to start an ongoing project of test runs for the G.C. raptor routes I'm taking on this winter.  The test run proved a couple things I had suspected:  it is super easy to get distracted out there and it is just as easy to end up off the map.  Thankfully I still have a couple months to master them. 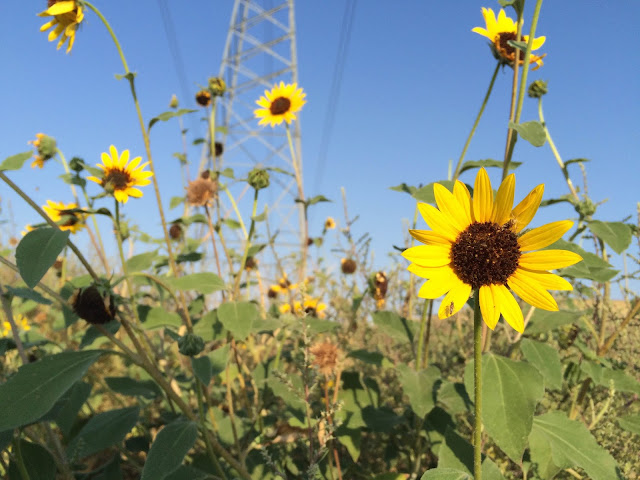 The first part of the route took me through places I had been before via routes I had not travelled before.  I stopped by an open structure where I had once seen a Barn Owl, and sure enough I took one step in the building when an owl flew out.  I was bummed to have missed it but decided to look for pellets to poke.  That's when a second owl flew past. 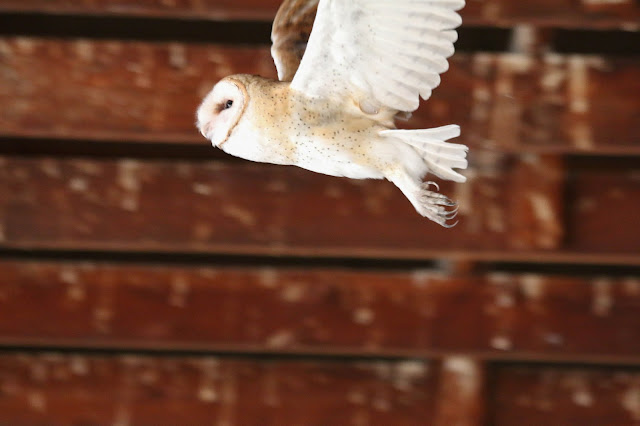 Then a third and a fourth started flying around and things went south.  The windows in the structure have thick metal screens over them, learned the hard way by one of the youngsters.  There was a big bang as the owl hit the window and I ran outside to end their panic.  I peeked in from outside to see the owl sitting next to the window it had just struck before flying back up to a perch. 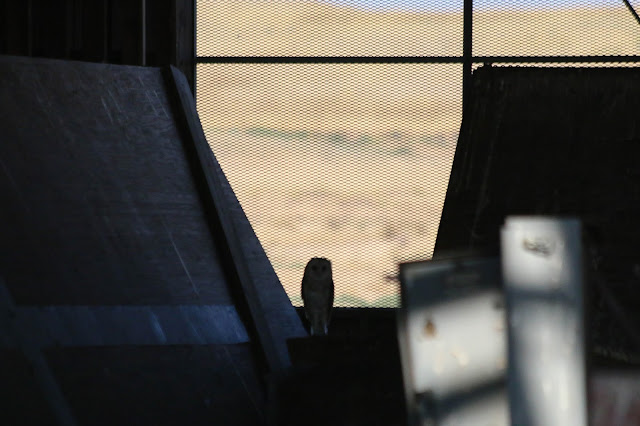 Though the owl seemed to be fine I felt terrible.  I won't be going back in that building, that's for sure.

Along Fourmile Road there is a sign for Fourmile Historic Site, a good spot to view wagon tracks of the Oregon Trail. 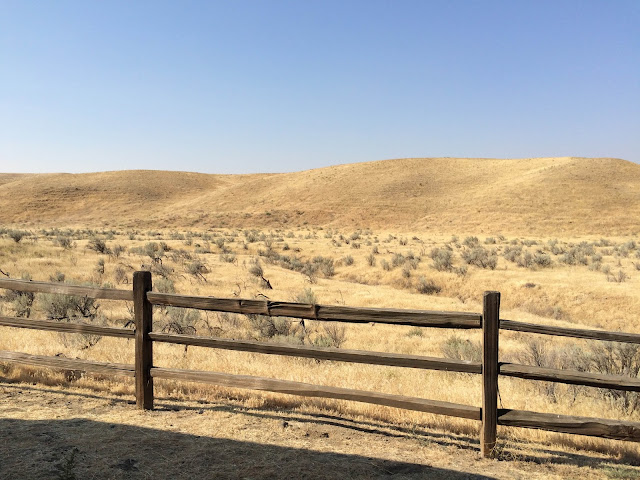 Somewhere around here, near the Gilliam/Morrow line, I came across a family of Loggerhead Shrikes. 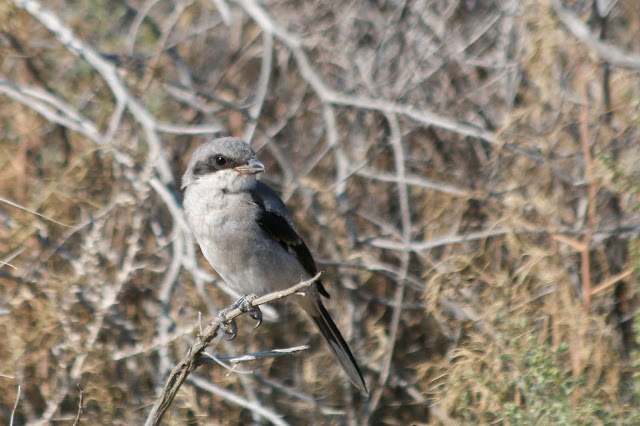 I took a wrong turn somewhere around here and drove past the Caithness Shepherds Flat Wind Farm graveyard. 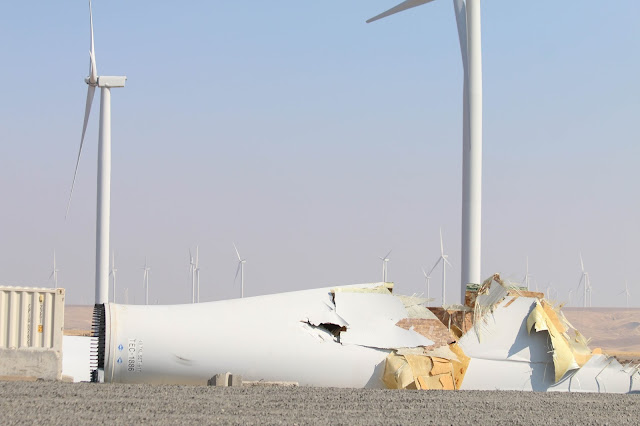 I picked up my Gilliam County Brewer's Sparrow on this off-the-route drive: 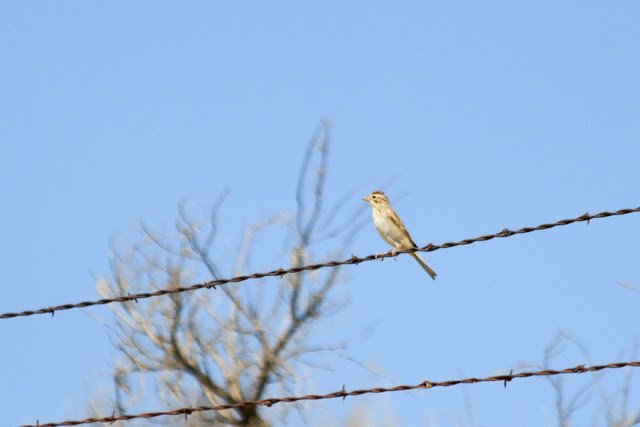 Finally I got back on track and started on Upper Rock Creek Lane, one of the better roads I've birded in the area. 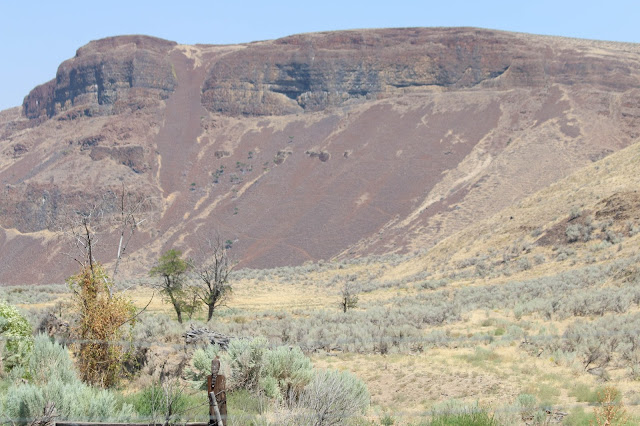 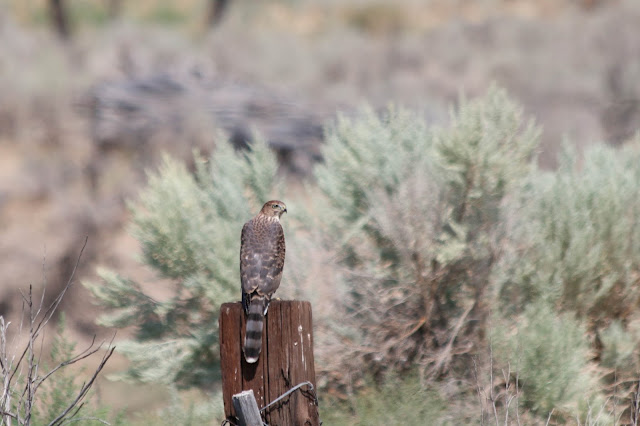 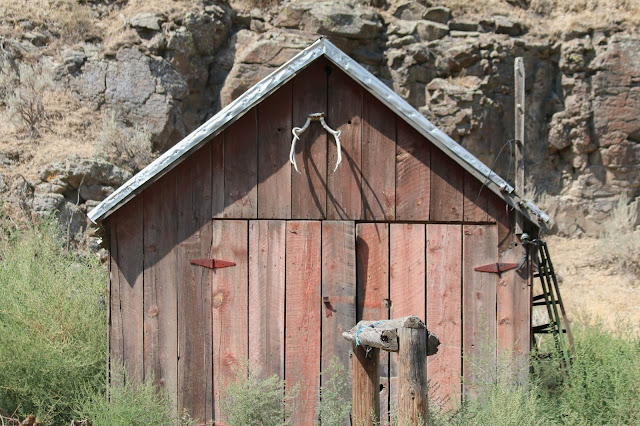 I continued on to Bunker Hill Road, though I can't recall if this was an official part of the route.  Either way, I was psyched to see a Common Nighthawk flush from the side of the road.  After flying out over a field it returned to roost on the road. 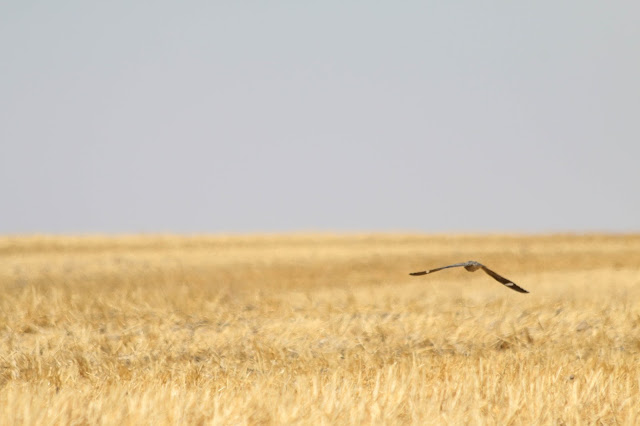 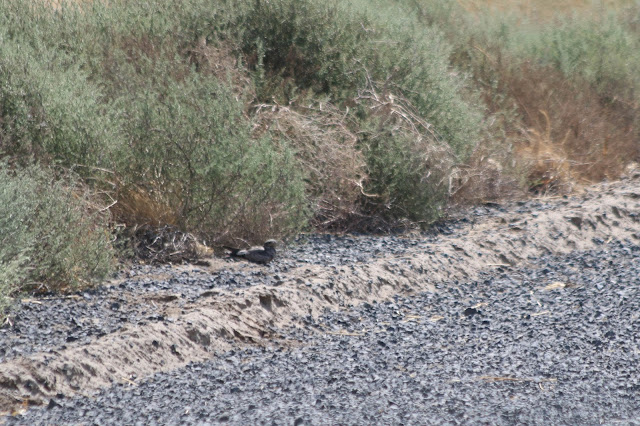 I abandoned my raptor route practice at this point to head to Willow Creek to look for a couple birds reported there recently.  There were a couple dead Barn Owls along the way. 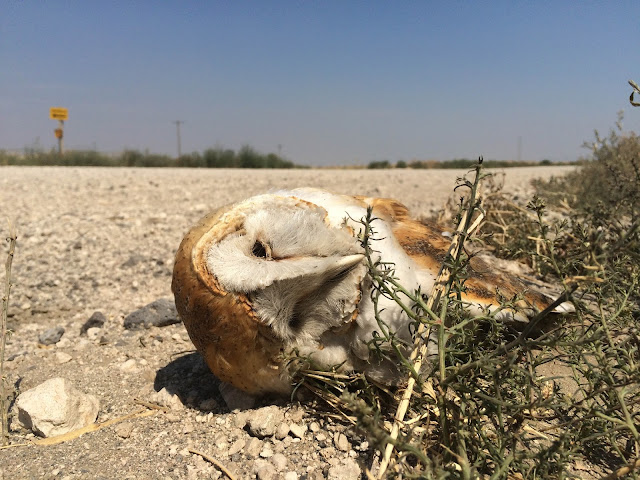 At Willow Creek I easily found the Great Egret, a good bird for that area. 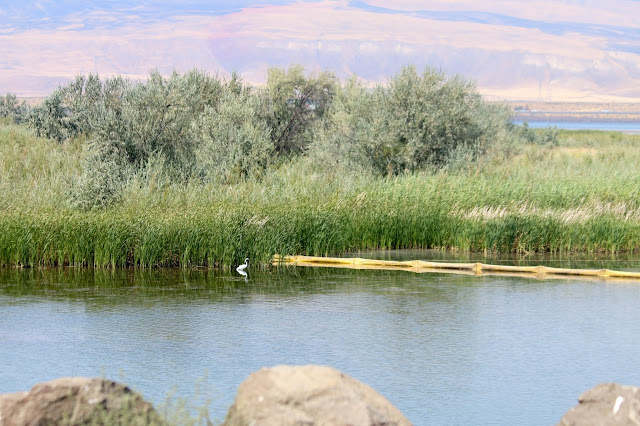 I also added Pied-billed Grebe and Eastern Kingbird to my county list, bringing me up to 96.

Last week I took a trip out to Jefferson County to try to find myself a state bird that is known to hang out there.  I stopped by an open structure hoping for another Barn Owl but found only a few hanging plastic guys: 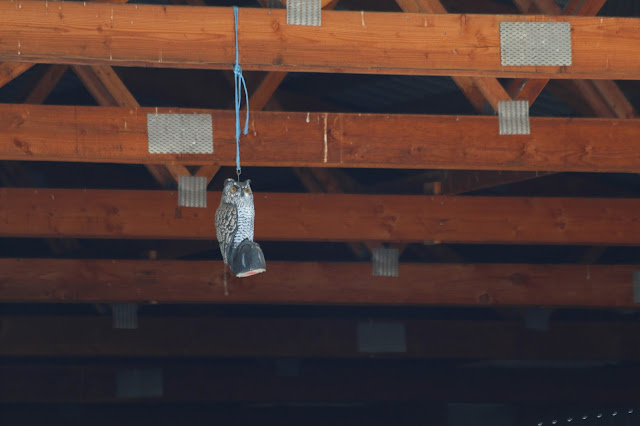 I drove 26 to Laurel Lane where the sage smell overpowers everything including dog farts. 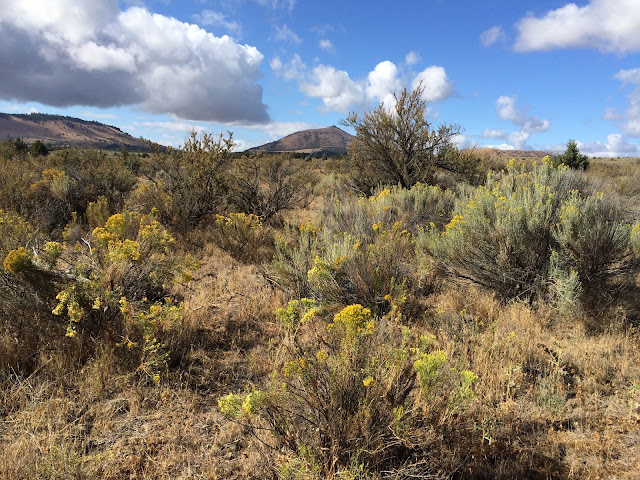 I pulled up to a spot on a side road, got out of the car and was welcomed by a large flock of Mountain Chickadees and Bushtits.  Quickly I noticed one of the Bushtits was not like the other Bushtits, and was in fact a Blue-gray Gnatcatcher.  State bird!! 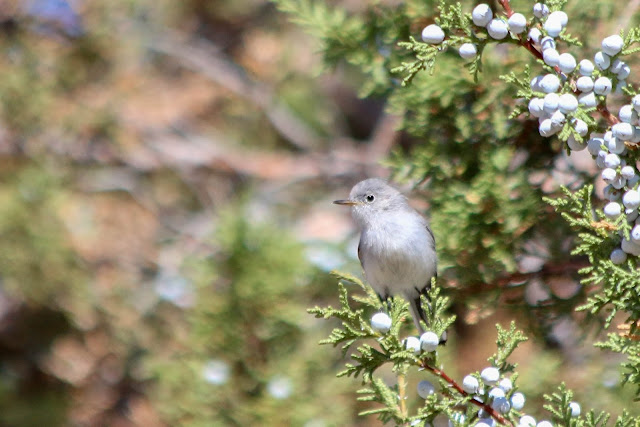 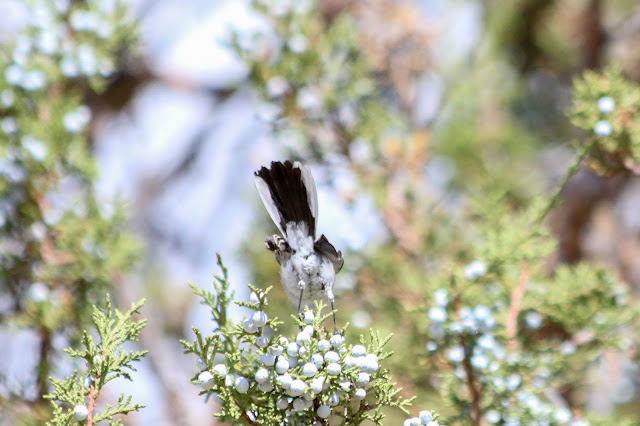 The dogs and I crossed up and over a barbed wire fence on some rickety steps and started exploring, hoping for a certain bird that I never found.  I did find a porcupine!  State mammal! 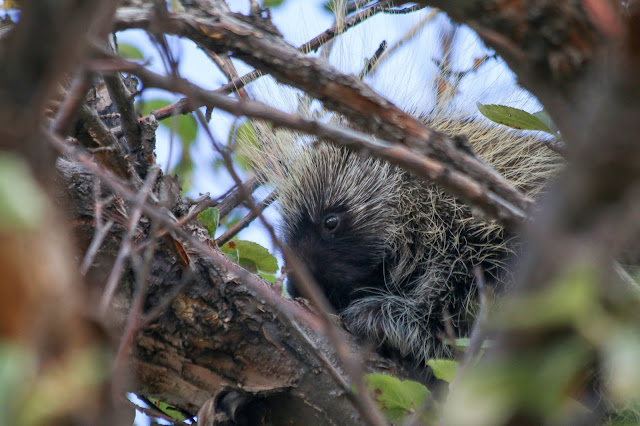 I drove back towards Madras to get some food... 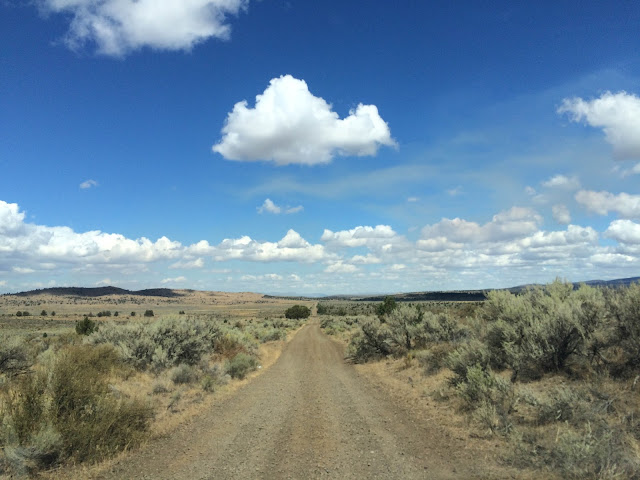 After food I stopped by the unexciting water treatment ponds and out of town on Grizzly Road.  More Mountain Chickadees came to check us out. 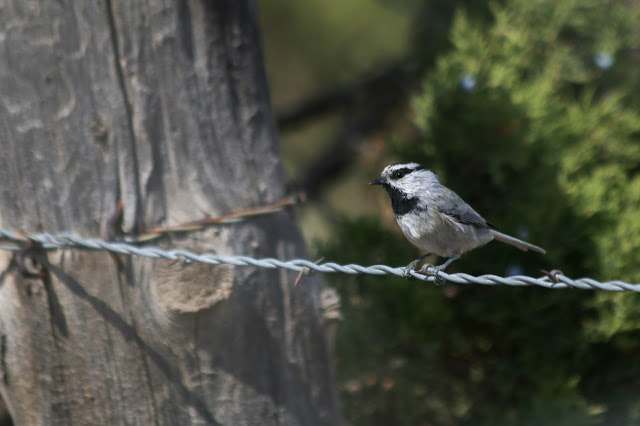