The rest of Massachusetts.

on September 20, 2015
While on Cape Cod my dad and I hit up a number of beaches and other random spots, per usual. 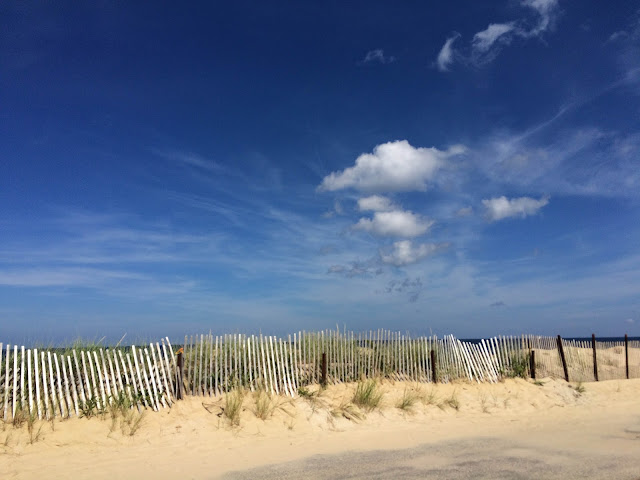 Weather ranged from hot and humid to cool with thunderstorms to outright downpours.  Birding was on the slow side but it gave me time to stare at birds like Great Black-backed Gulls, which I never get to hang out with. 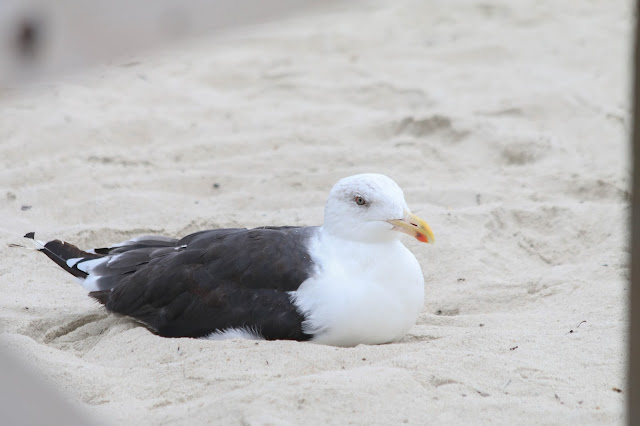 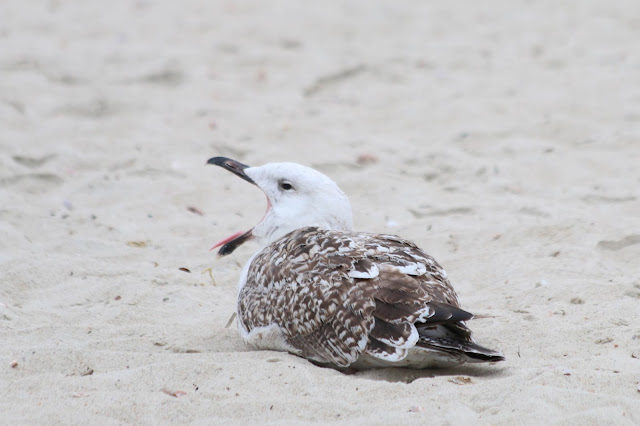 Shorebirds were not easily tracked down though I found a few way out on the West Dennis Beach jetty. 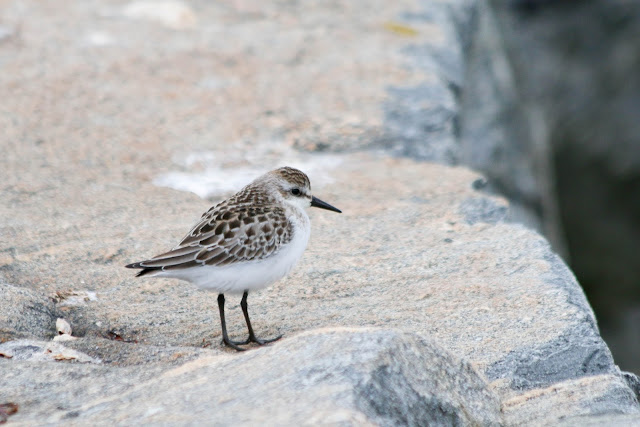 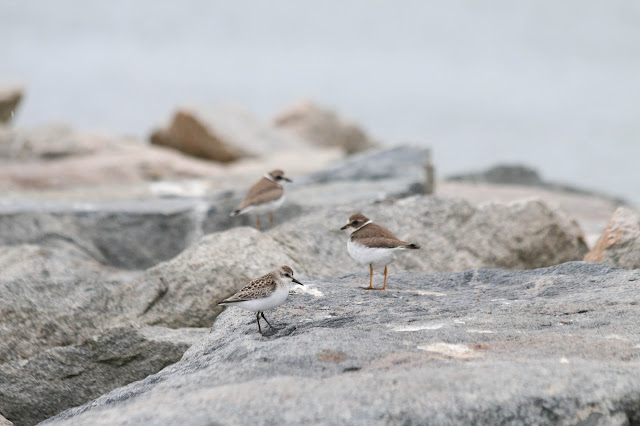 Ocean Avenue Beach is a neat little spot where I was reminded that Laughing Gulls exist. 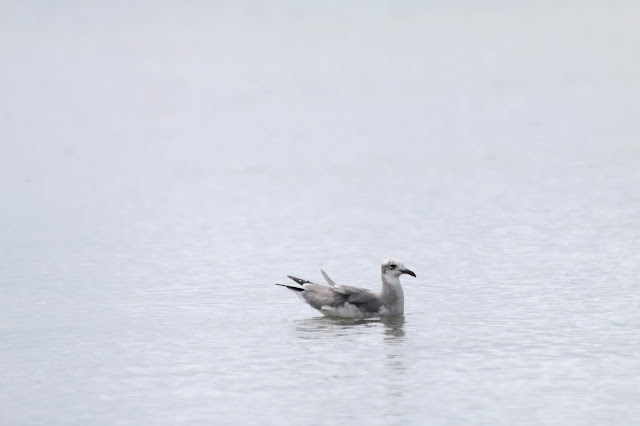 I rarely get to see Herring Gulls in breeding plumage, let alone with youngsters begging... 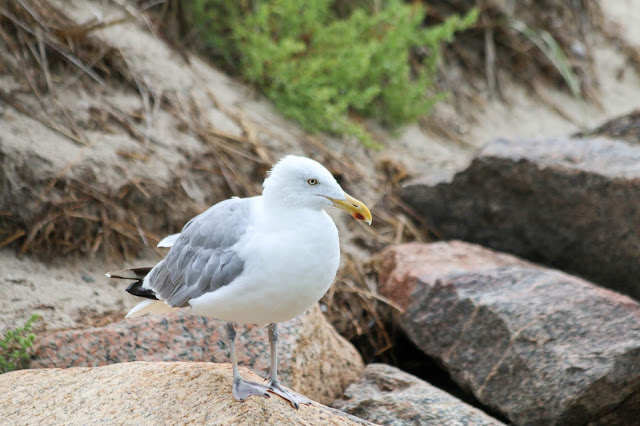 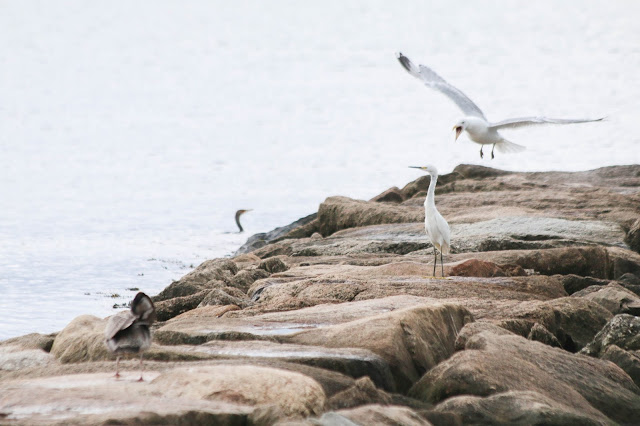 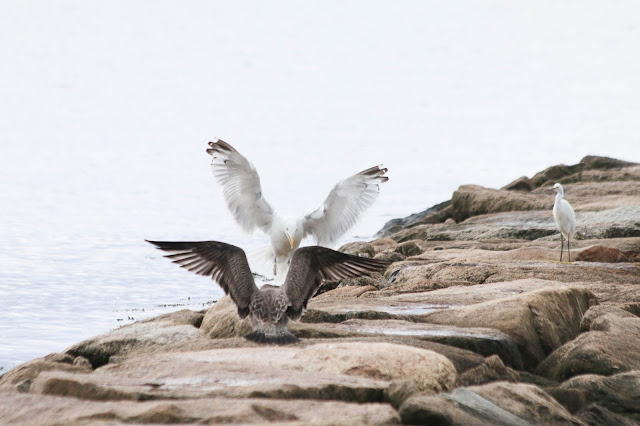 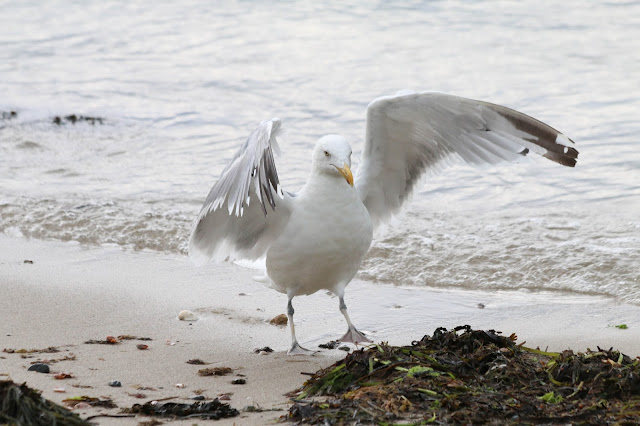 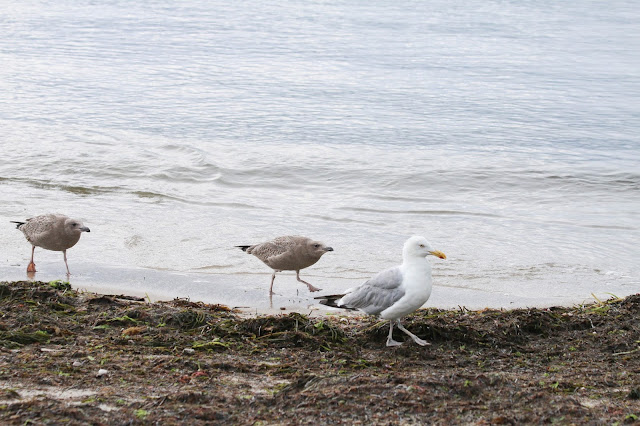 We checked out the Harwich Community Gardens one morning, a pretty and peaceful spot with lots of birds including my only Baltimore Orchard Orioles of the trip. 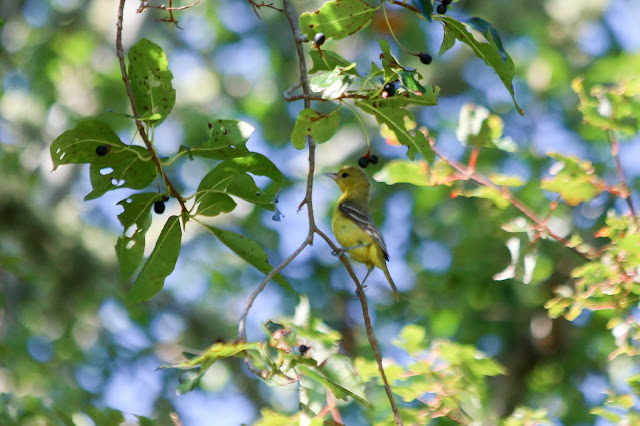 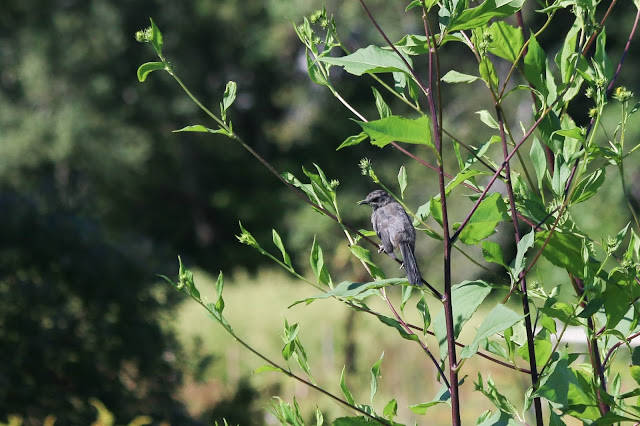 It was a good spot for grasshoppers like this one that I have yet to identify [update:  it's a green-striped grasshopper nymph]: 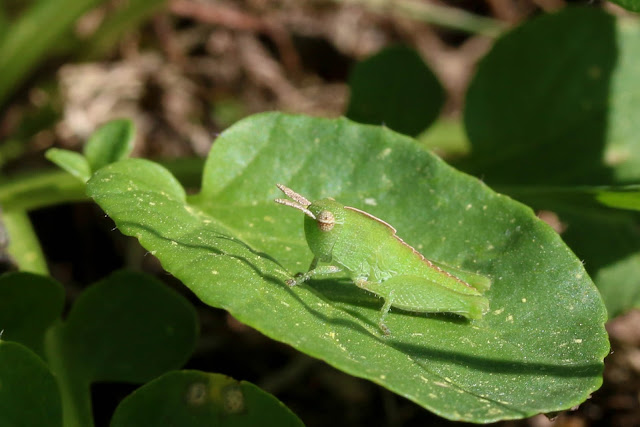 We stopped at a bird carving show at a local nature center and outside in the garden were many locust borers.  A number of them were paired up... 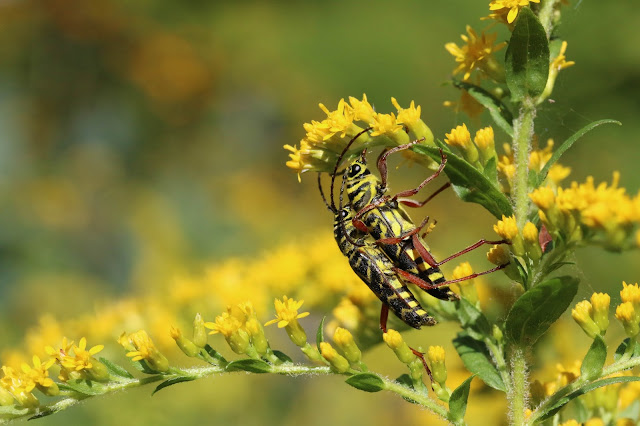 I watched a third fellow climb on top of a pair, making it an awkward three-way until finally the top two fell off to the ground. 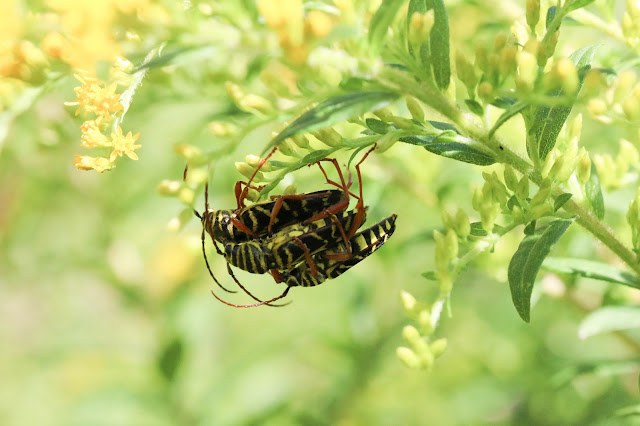 An outing to Peterson Farm in Falmouth was highlighted by a tolerant, though feisty, eastern garter snake. 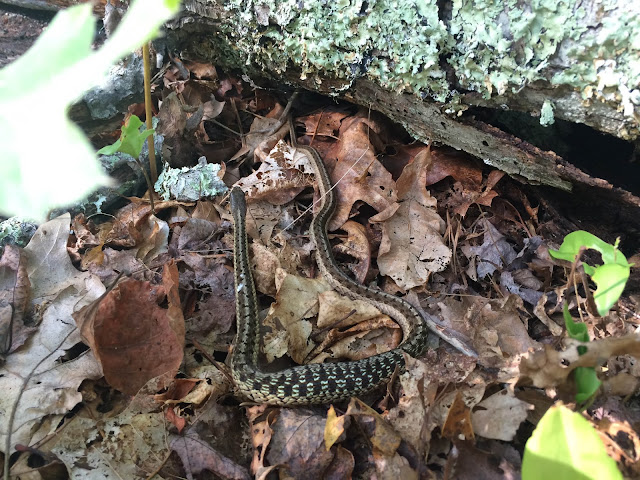 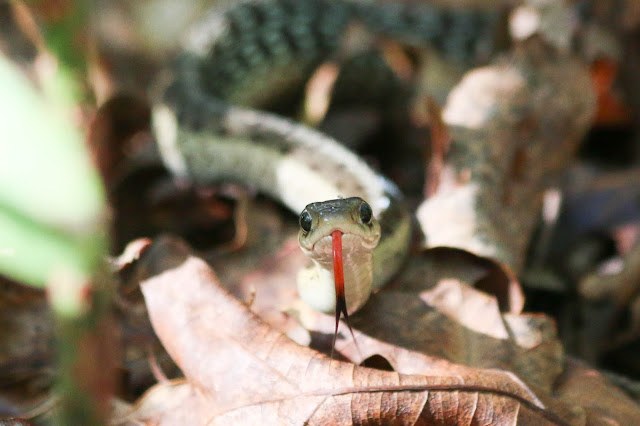 I went to my dad's carving class with him again and got to see my friend Joe's current project, a saw-whet owl: 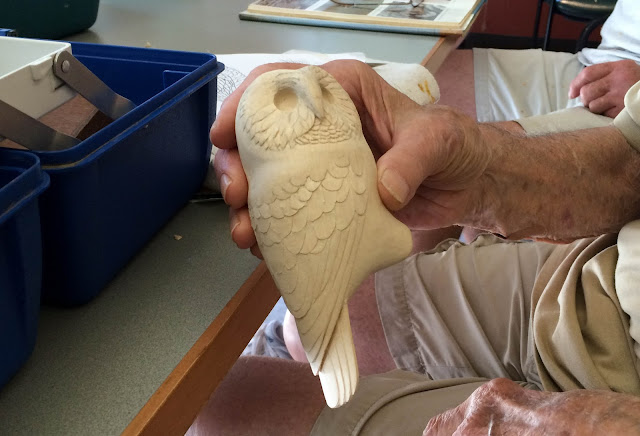 And around my parents' house are tons of my dad's recent projects like this zebra whirly-gig: 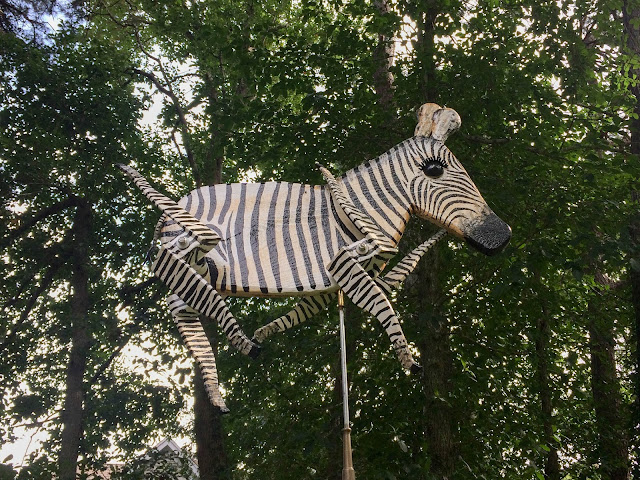 Birding around my parents' yard is always fun, though on this trip birds were not exactly cooperative for photos.  Grackles told me where I could stick my camera, as did Blue Jays.  This hurts.  I was happy to see Ruby-throated Hummingbirds there for the first time but they were not happy to see me. 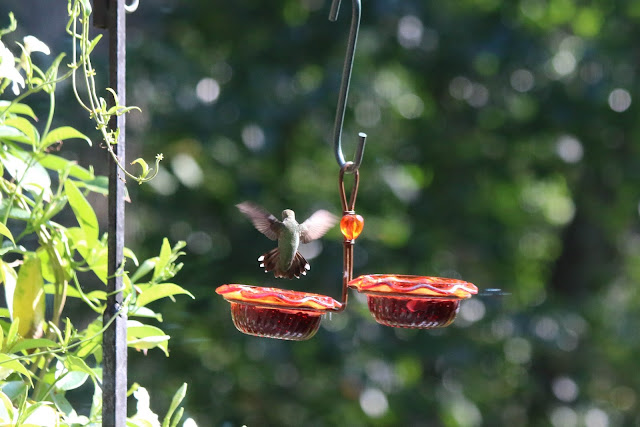 They preferred the jelly feeder that the orioles had recently abandoned over the actual hummingbird feeder.

One of the coolest birds around was this guy: 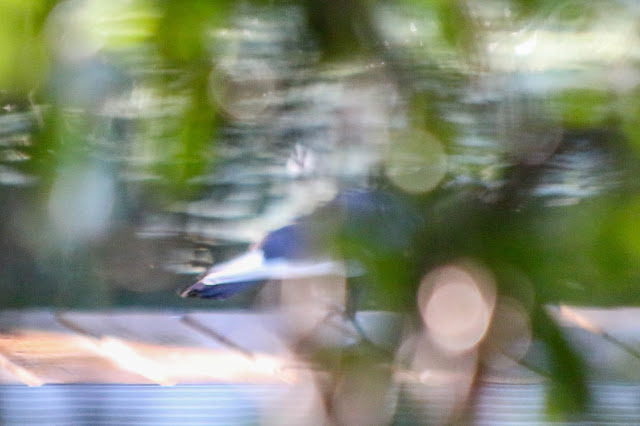 Right.  I didn't get a great photo of it, but it's a crow with lots of white on its wings.  When it flew over my first thought was magpie.

Always a crowd-pleaser, the neighborhood turkeys... 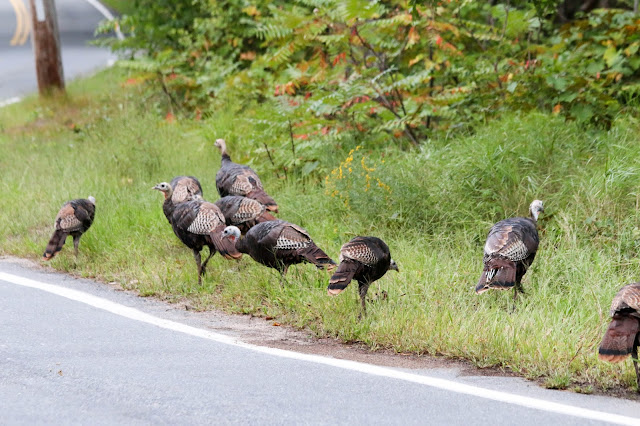 My last day in MA my brother and I took a ferry out to Spectacle Island, one of the Boston Harbor Islands.  It was once a horse-rendering plant, then a landfill, then left to burn for a couple years, then smothered in sediment from the Big Dig, and then made a national park where people swim and picnic.  Because America. 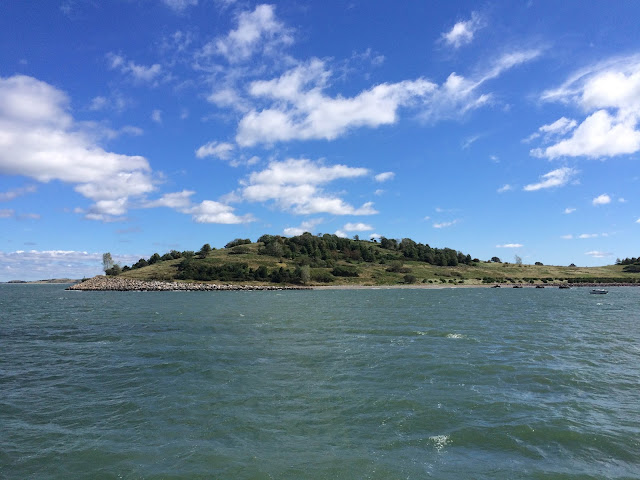 It's not very big so we were able to explore the whole island in a few hours.  Not much bird life, but quite a few bugs and great views of the Boston skyline kept things interesting. 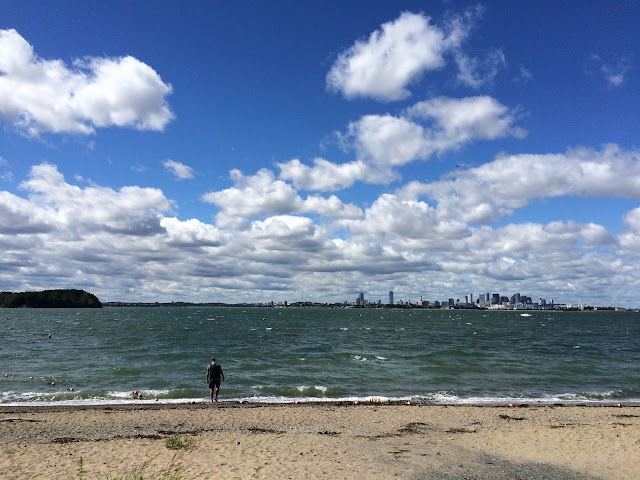