on October 30, 2015
Yesterday I decided to keep things old school and without checking OBOL or Tweeters, I headed up to Ridgefield for a loop around the auto tour followed up by a dog walk at Frenchman's Bar.  This is what I did ALL the time when I first started birding six years ago.  Check out this hilarious post from November 2009 where the always kind and helpful Laura W. corrected some impressively misidentified birds. 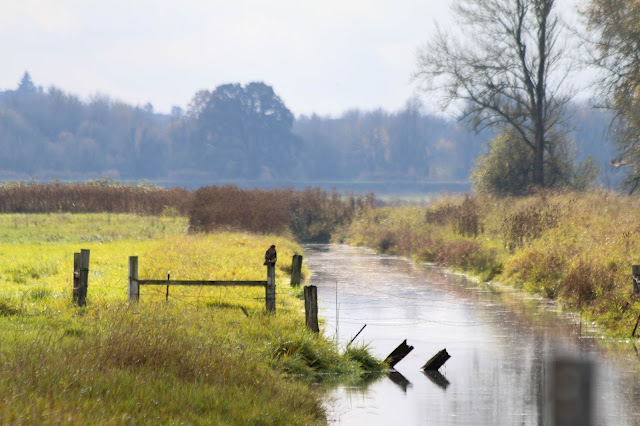 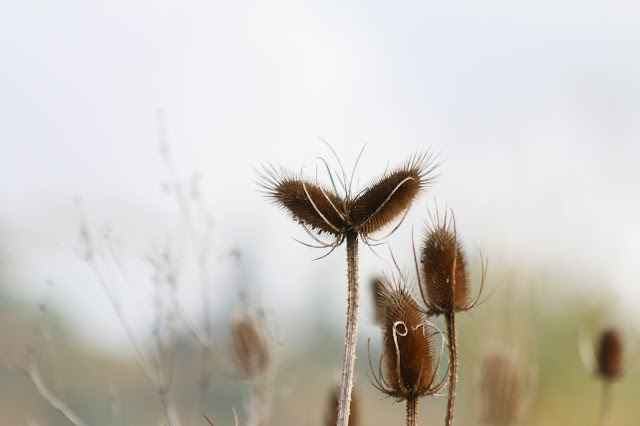 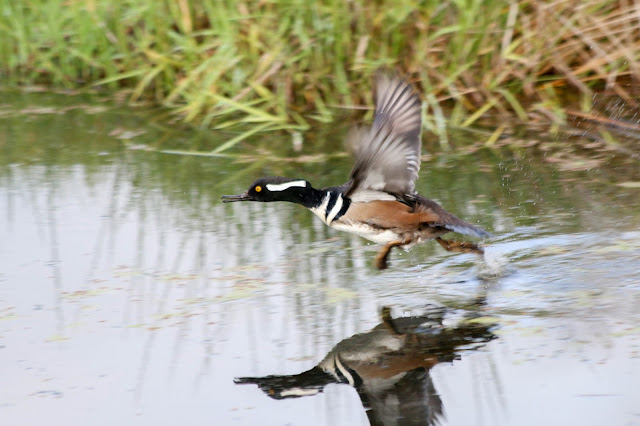 Hooded Merganser, not my friend

I failed to find any Fox or White-throated Sparrows as I had hoped, but I did find a well-hidden Lincoln's. 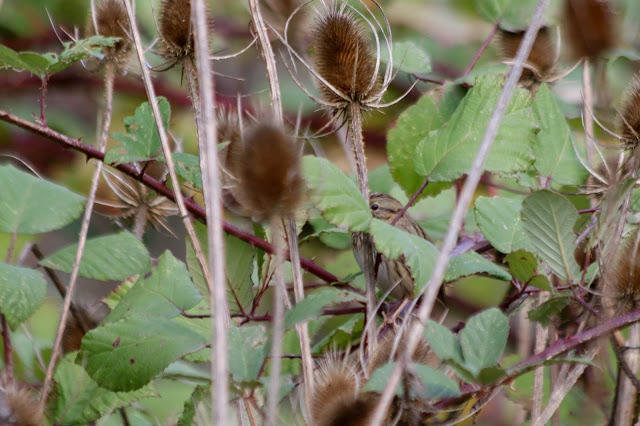 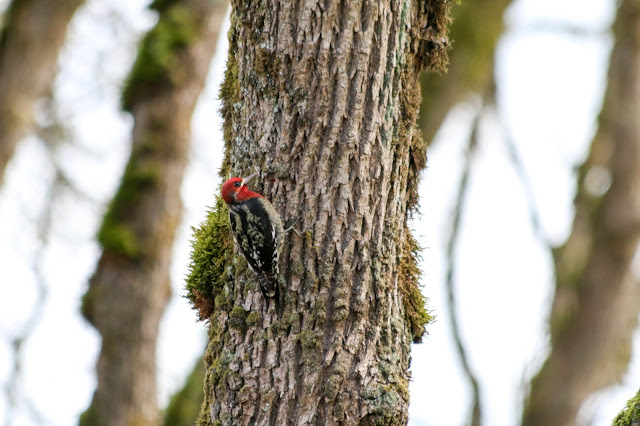 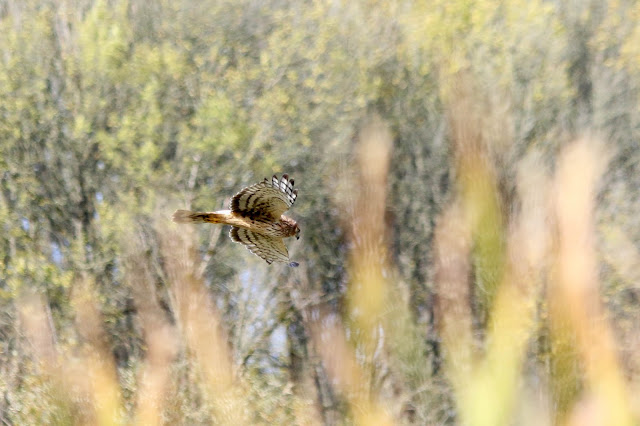 I was watching a kestrel hunt for a bit and I could see that it was catching things and eating them, but I could not tell what exactly.  The prey looked too small and thin for a rodent which is all I've ever seen kestrels eat.  When I got home I studied the photos and realized it was catching mantises!  So cool! 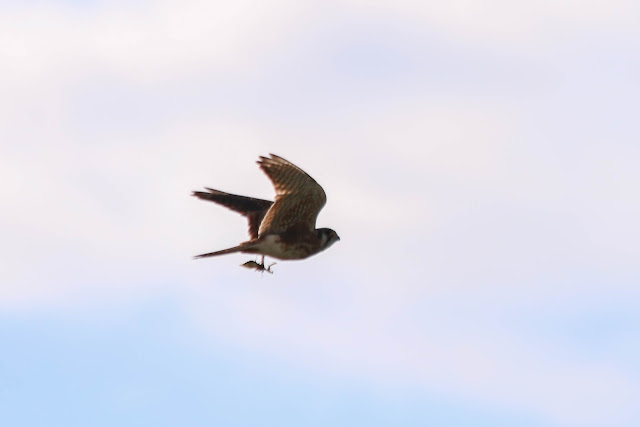 Five Sandhill Cranes were hanging out fairly close to the road for once... 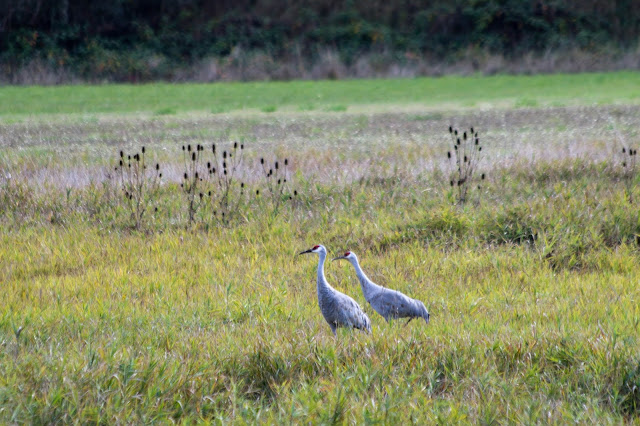 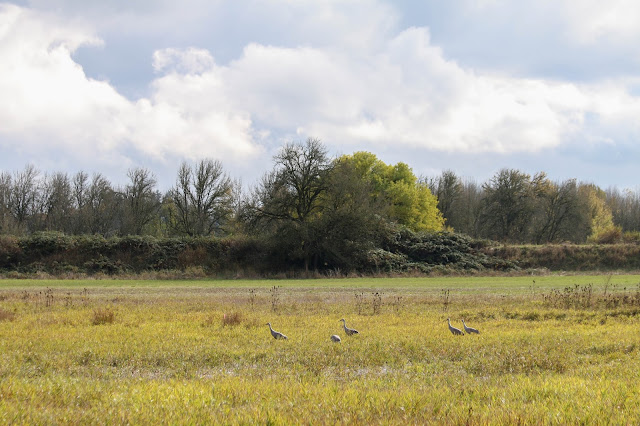 Along the home stretch of the auto tour there are often herons and egrets hunting close to the road.  I stopped beside a heron only to be distracted by the action in the sky.  Something big was flying in from the north.  My first thought was, holy crap, is that a freakin Golden Eagle???  Ok so that's the edited version.  But yes, it was. 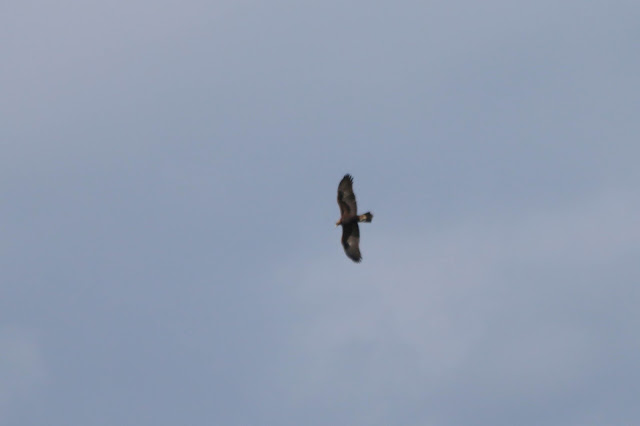 It flew in to the area, soared around quick, then swooped down at Long Lake sending ducks flying in every direction.  As it rose back up it was joined by a Bald Eagle who seemed unconcerned with this newcomer.  They soared together before the Golden flew off to get harassed by a harrier.  Clark County bird! 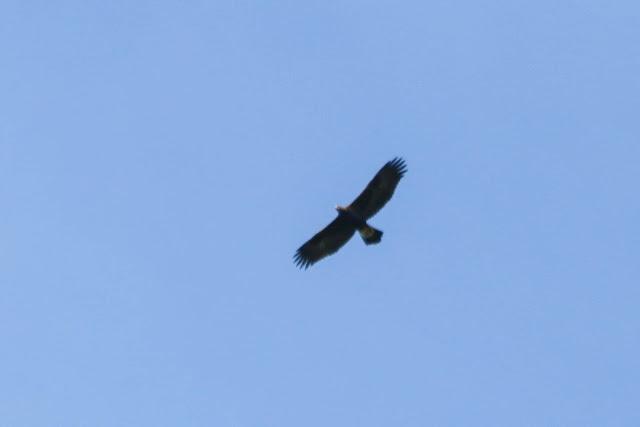 I spent a long time stopped here watching the various raptors soaring, ignoring the heron ten feet from me.   A dark Red-tailed (or at least I'm 95% sure it's a Red-tail) passed over making me worry for a minute that I had imagined the Golden Eagle. 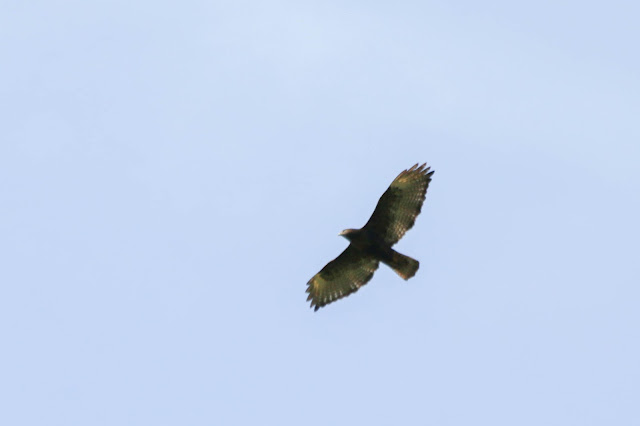 Finally I looked down at the heron which had been doing very little while I was parked there.  It looked back at me. 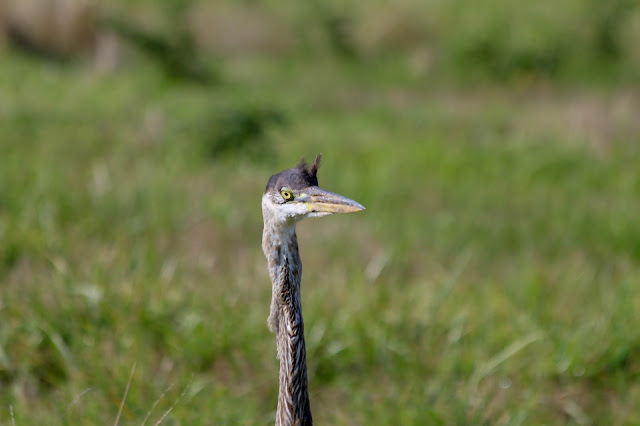 After Ridgefield I drove down to Frenchman's Bar Park to walk the dogs along the bike path.  As we approached the main road I could hear a Red-shouldered Hawk calling, a new bird for me at this location. 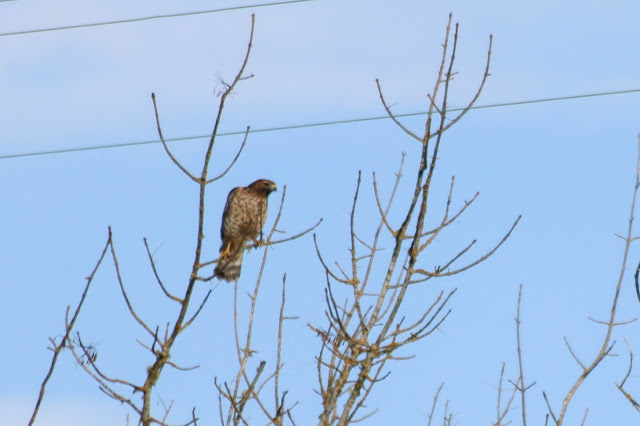 We walked along Lower River Road for a bit, admiring the geese and cranes, and trying to avoid awkward talk with a random dude on a bike.  When we got back to the park I saw something walking along the edge of the entrance road...a raccoon! 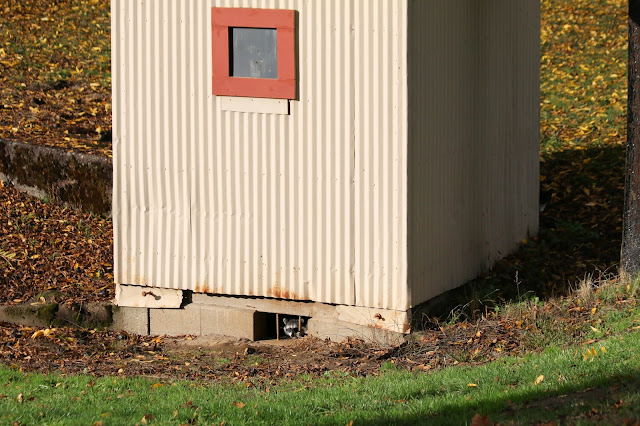 Apparently it lives in the foundation of this weird little building. 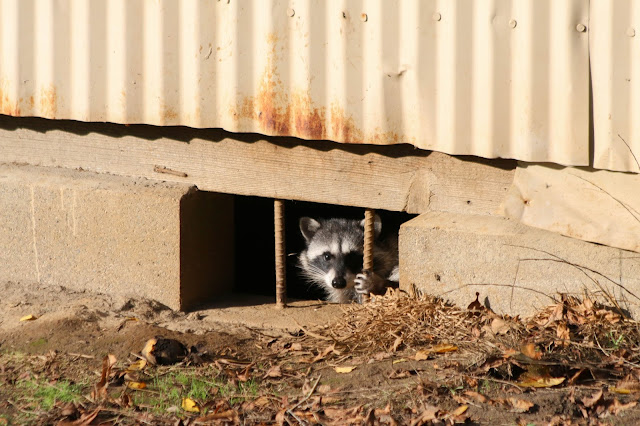