A couple weekends ago my friend and I drove out to the Washington side of the gorge without a real destination in mind, inspired mildly by a recent black bear sighting in the river in Skamania County.  It was early afternoon and we did not expect to see a bear, but it still felt like a good idea to head that way.  We briefly paused by the Bonneville Dam for a Golden-crowned Sparrow puddle party near an awkward photo shoot involving a chair.  On our way back out I saw the sign for Fort Cascades and we decided to investigate.

We found an easy loop trail along the Columbia and through the woods and learned of the history of the spot through a brochure we picked up at the entrance. 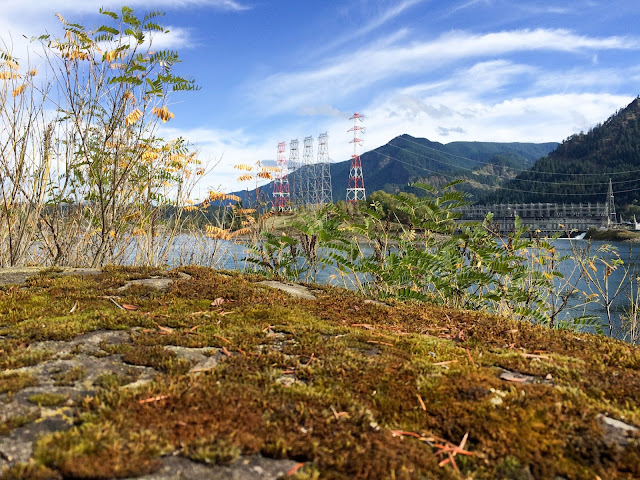 View through the brush of the Bonneville Dam.

Fort Cascades was a military fort built in the 1850's, but soon abandoned by the military to focus on the Civil War.  Settlers moved in and it became the town of Cascades until a flood in 1894 swept it all away.  Signs point out where the tramway passed, where the fish wheel was, where a store was, etc.  Not a lot of remains to look at (unless you dig up old Thomas McNatt, whose grave is one of the only legit remnants), but plenty of birds and other bits of nature to distract us.

We took many side trails down to the river to spy on the mergansers and cormorants. 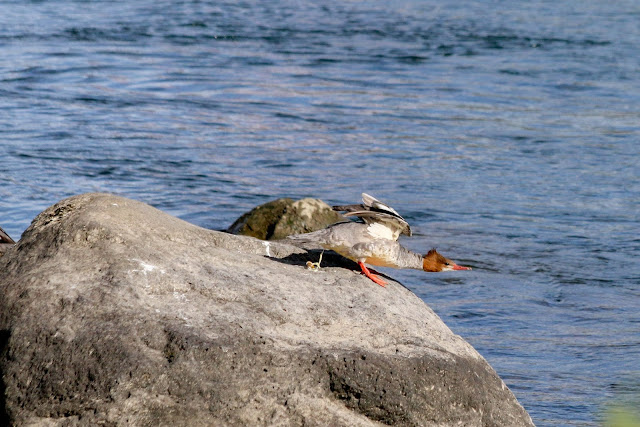 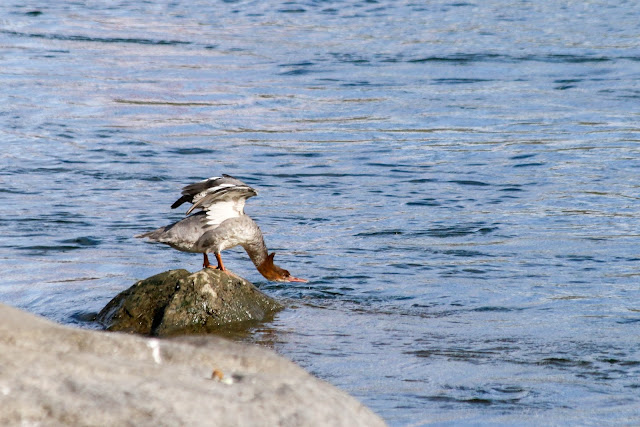 The trees along the trail were thick with moss and Chestnut-backed Chickadees were squeaking away while ripping seeds from shrubs. 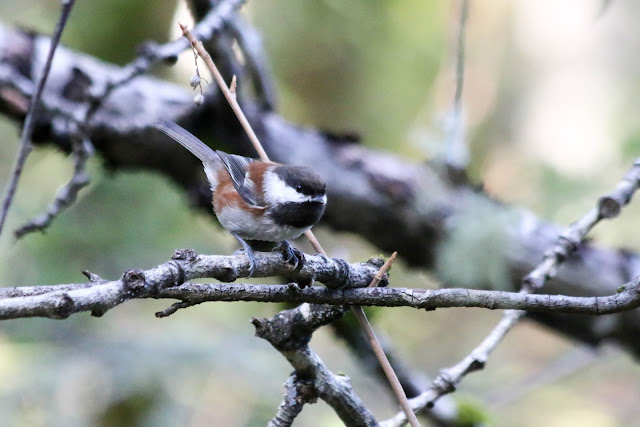 We went off trail to check out something I had seen many times but never knew anything about.  Some research on the internet tells me it's a juvenile fish outfall structure where young fish are released from the Bonneville hatchery.  That explains why it is always lined with cormorants and gulls. 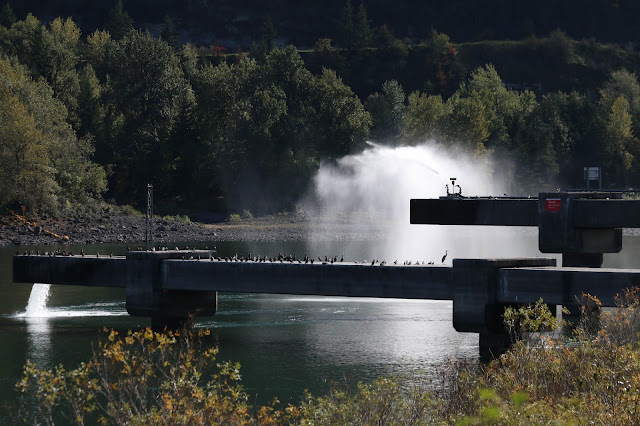 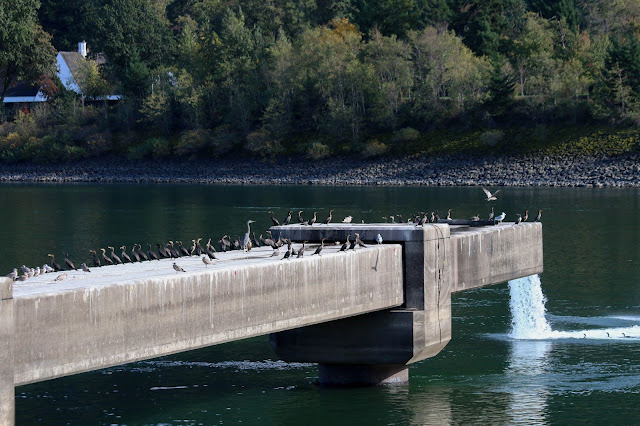 You can walk right up to the edge of the structure and so we did.  The "hydro cannons" spraying in various directions seen in the first photo are meant to deter the cormorants and gulls but obviously don't really do much. 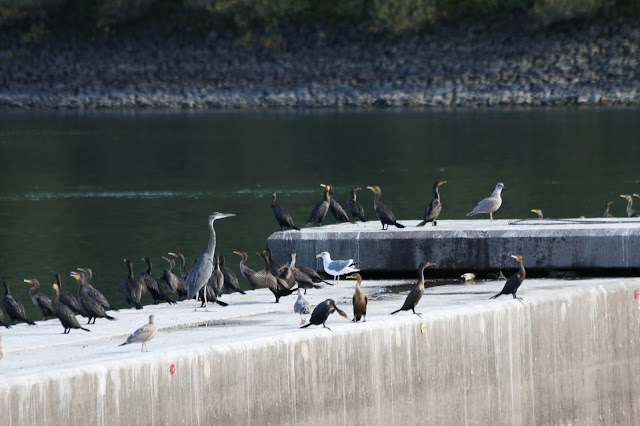 Tried to turn that gull into a Herring and then a Thayer's and then gave up. 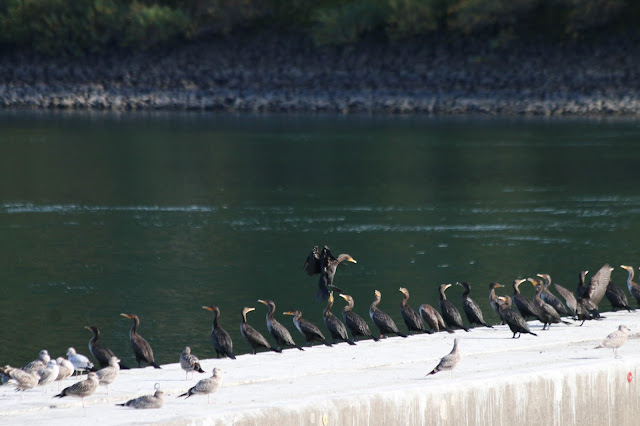 We sat there for a long time watching all the activity.  When we started to walk away a fellow in a truck pulled up and asked if we were looking at the birds, to which we replied yes, and he said he was going to be setting off some pyro flares to scare them off.  I think he had been waiting for us to leave to do it, which was nice enough. 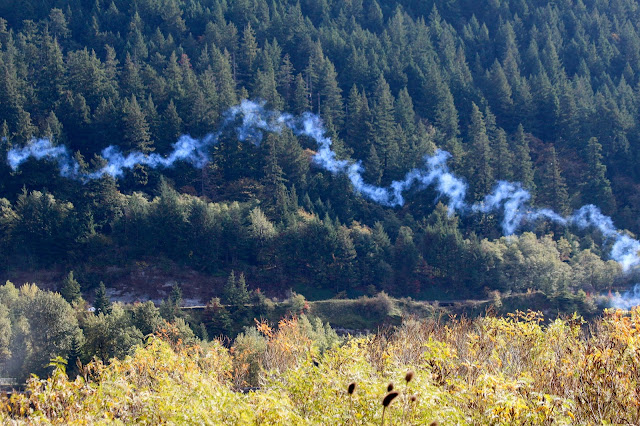 He set off two, which did scatter the birds.  For a minute.  We made our way back to the trail in the forest for more history lessons. 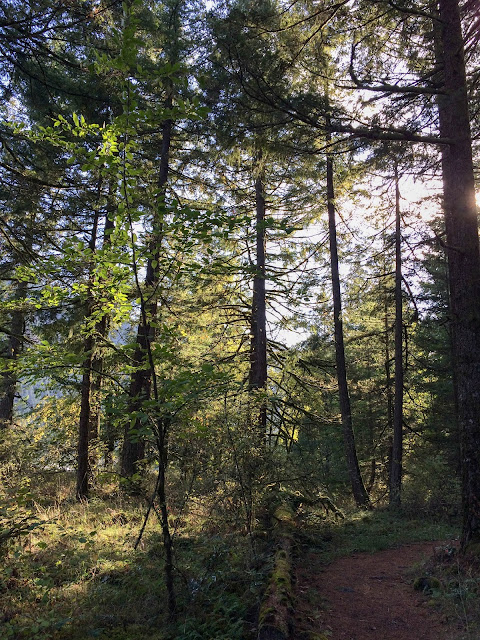 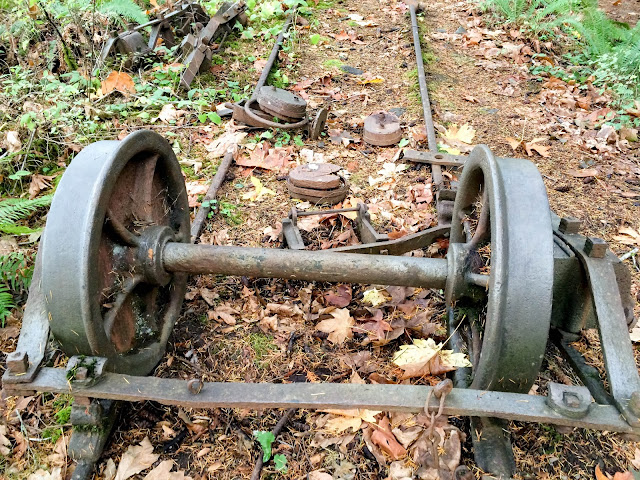 Back at the beginning we stopped for snacks, then took another side trail down to the remains of the old fish wheel.  From the rocks we had a great view of the fish outfall and could see all of the birds had already returned. 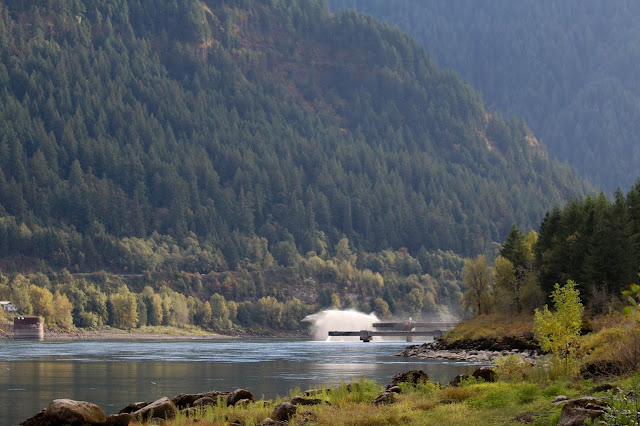 This was also a good spot for viewing the snorting sea lions swimming around. 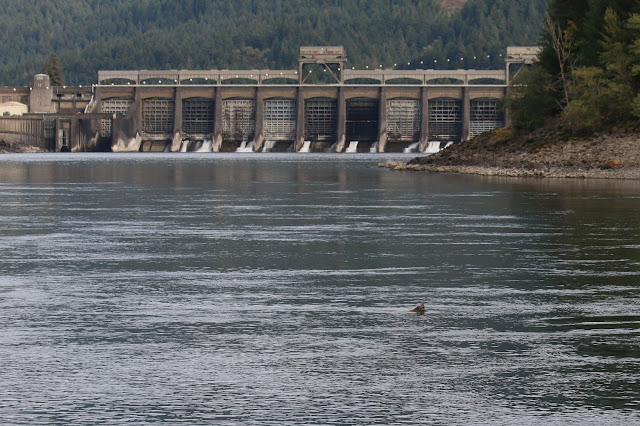 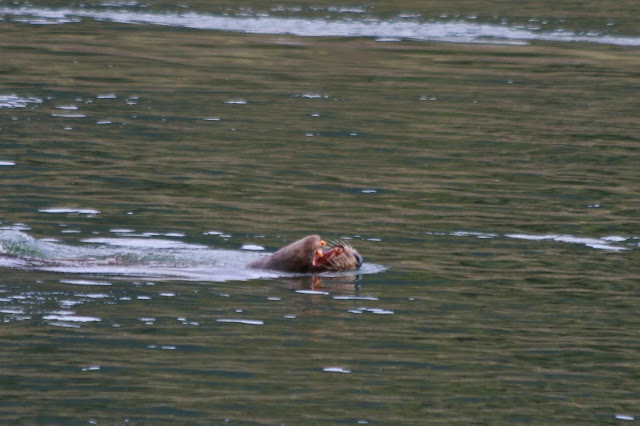 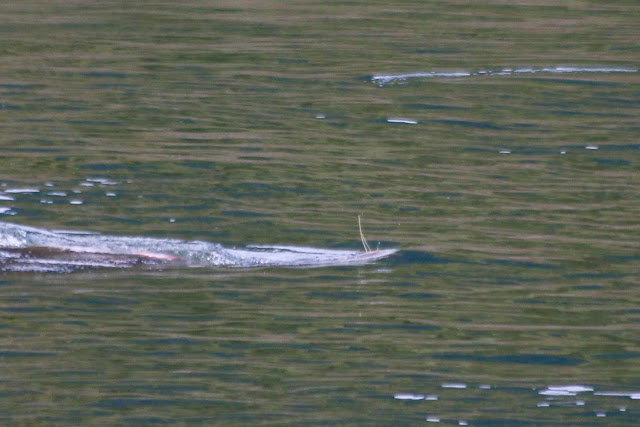 This random stop made for a lovely walk during which I tallied 26 bird species.  The lack of other people and beautiful scenery helped too.  Good times!
Email Post
Labels: Chestnut-backed Chickadee Common Merganser Double-crested Cormorant Sea Lion