on October 20, 2015
What a place.  It never gets old and never fails to impress.  Last week I hiked the Shadow Lake trail and the Fremont Lookout trail with my friend and despite not finding most of our target animals, it was still a blast. 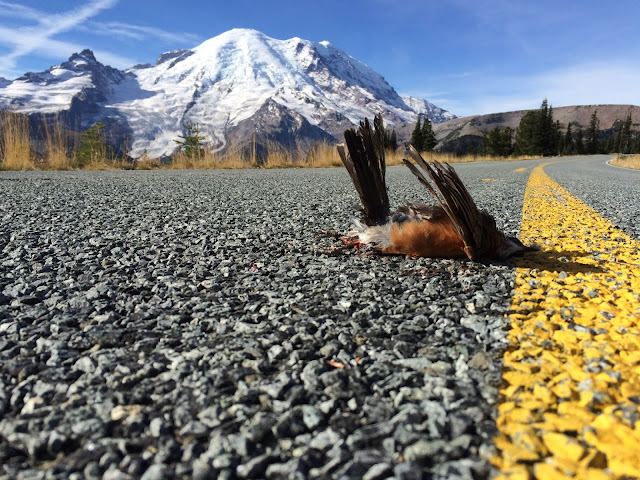 American Robin decidedly not having a blast.

A Sooty Grouse was wandering the parking lot at Sunrise. 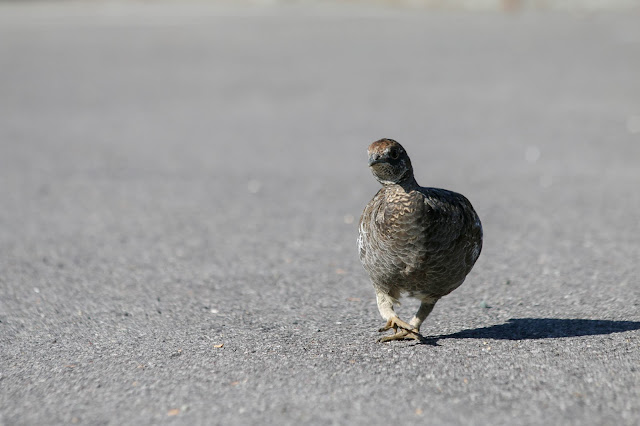 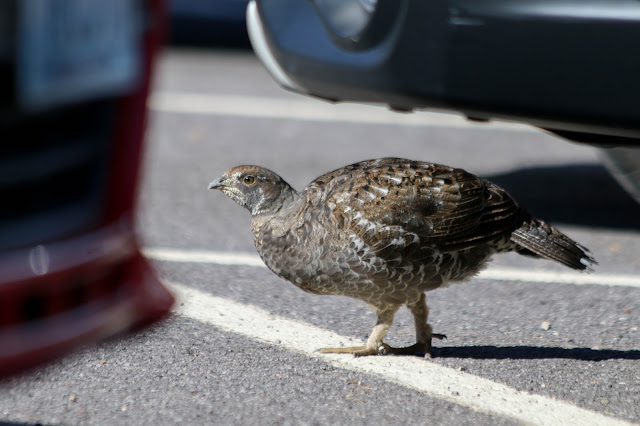 Along the trail to Shadow Lake we got our first taste of the day's raptor fest with a Rough-legged soaring over us with a Red-tailed and a Cooper's Hawk. 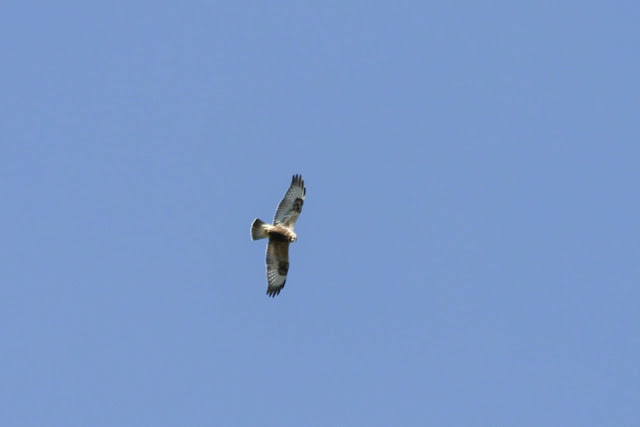 The trees including the one below were filled with Mountain Chickadees, though the photo does not prove this. 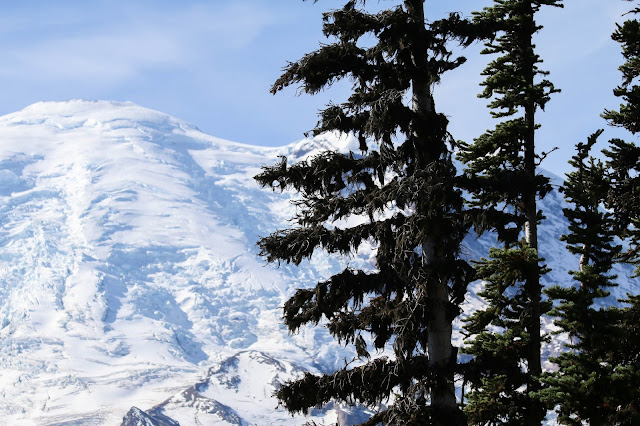 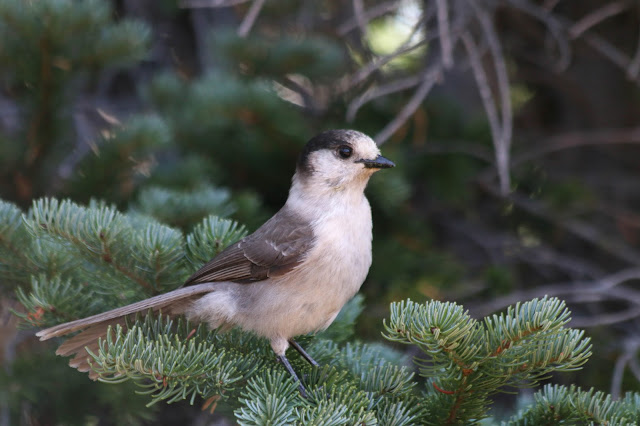 A second Sooty Grouse on the trail felt a bit more legit than the parking lot bird... 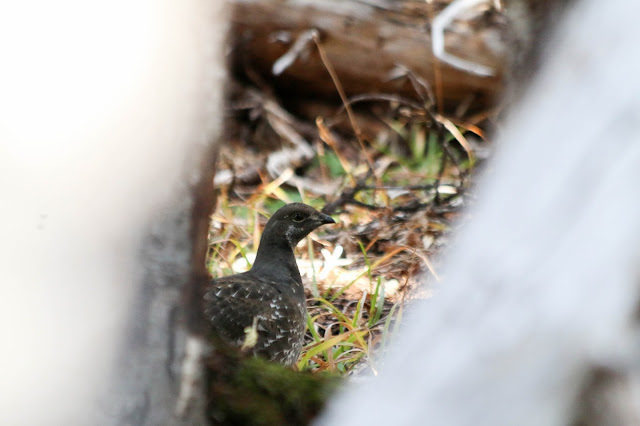 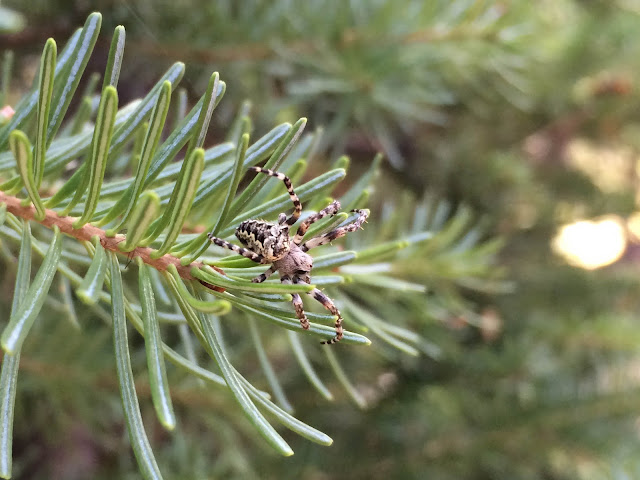 At Shadow Lake we were hoping for some good wildlife but found only people and an American Dipper. 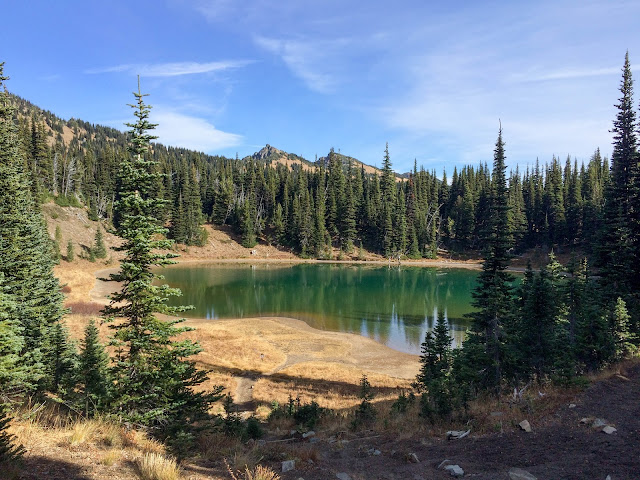 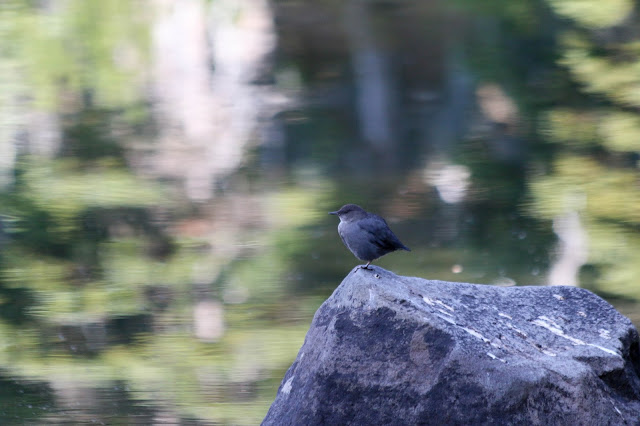 After a lunch break we set out on the Fremont Trail in good company. 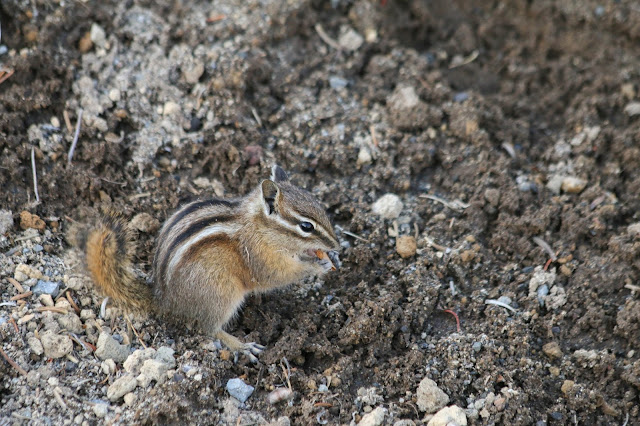 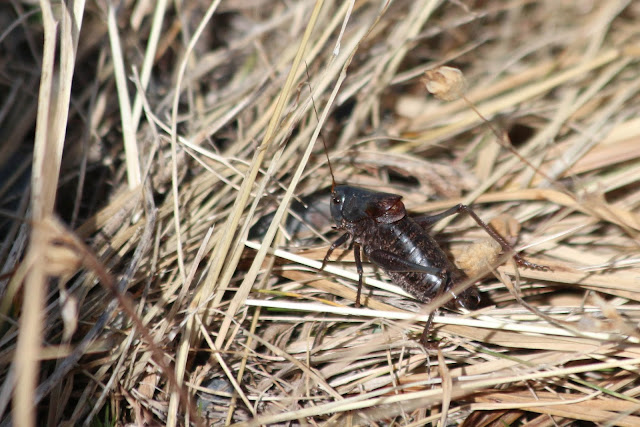 As we hiked up higher in elevation we started seeing more and more hawks, mostly accipiters, coming over the ridge and many passing at eye level.  It was awesome. 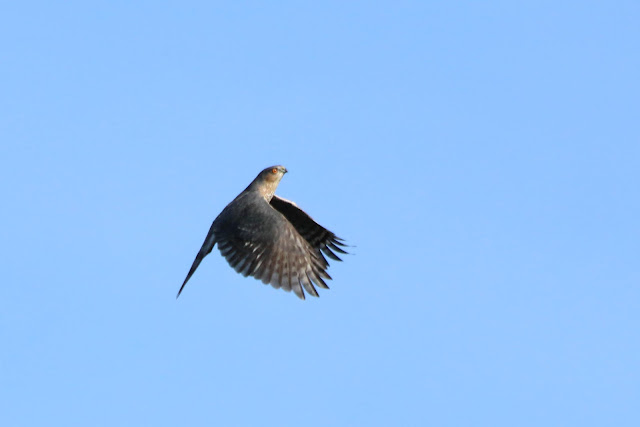 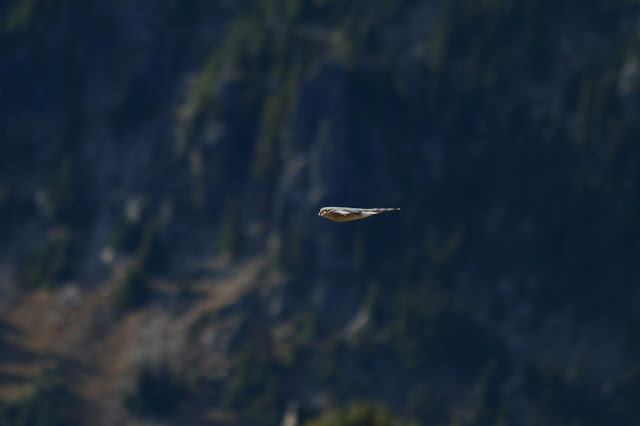 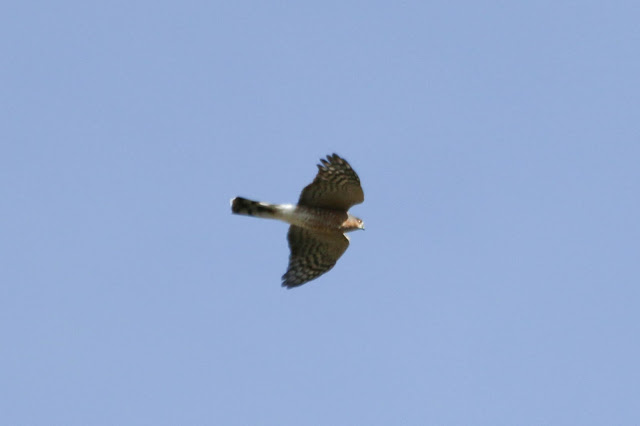 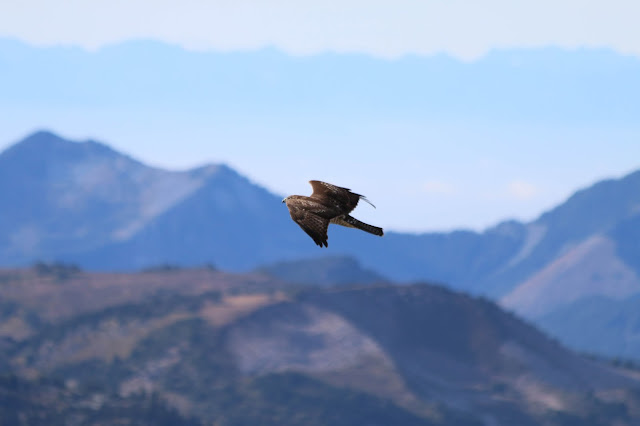 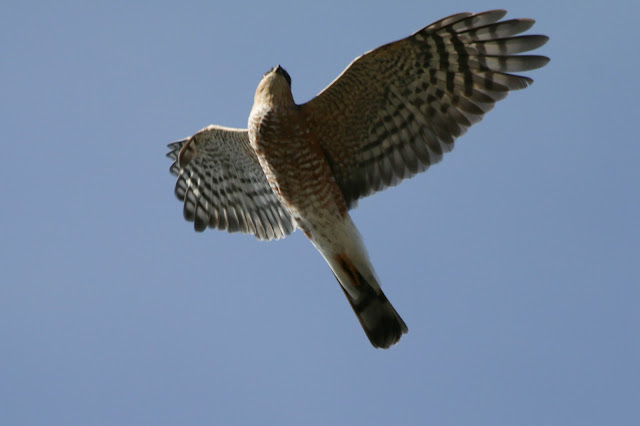 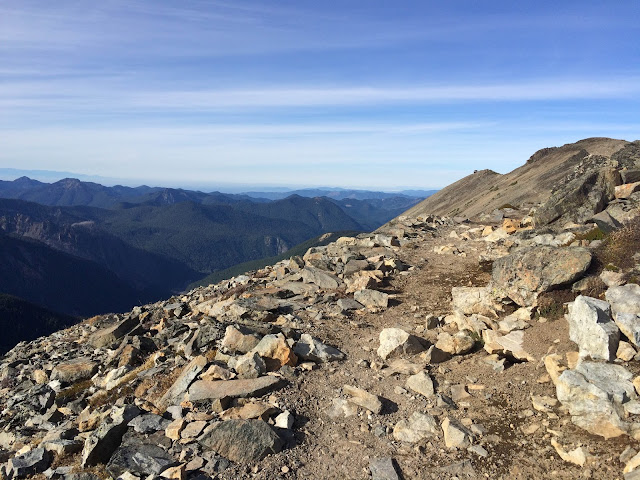 Oh right, it was super pretty too. 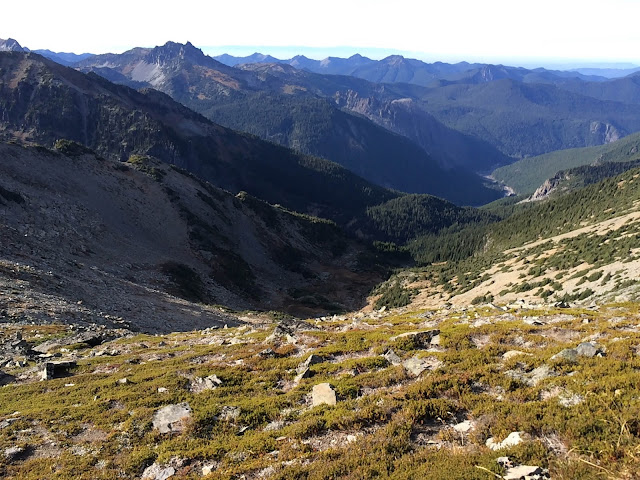 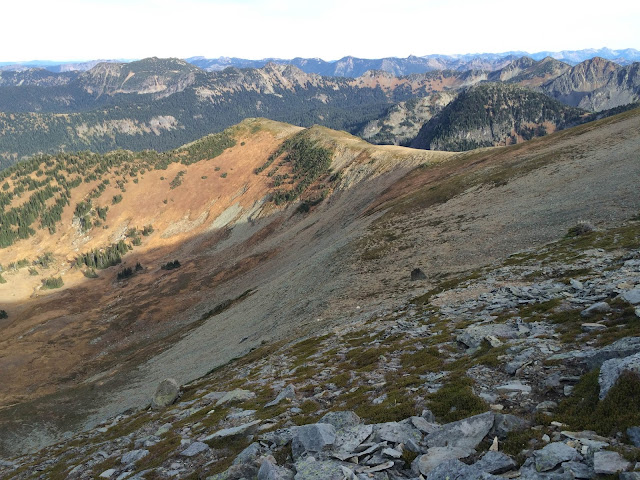 Check out the white dots in the middle of the above photo.  It was a little mountain goat family! 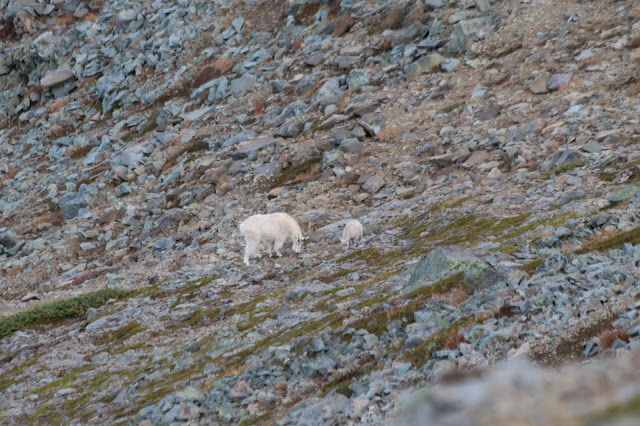 No ptarmigan to be found by the fire lookout... 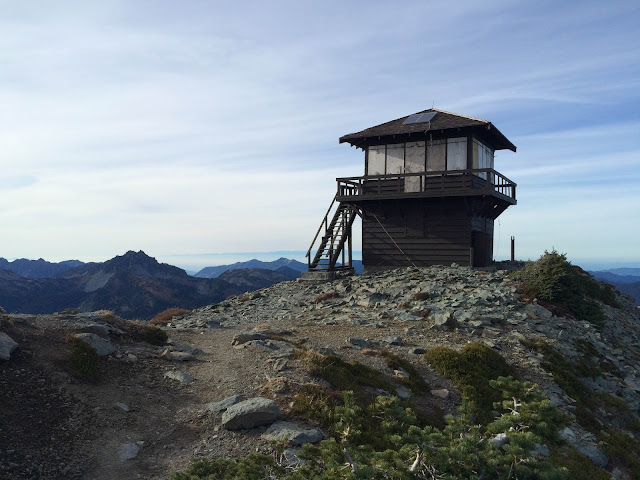 Hawk migration had ended for the day and the hike back down was fairly quiet.  The sun was sporting a nice halo... 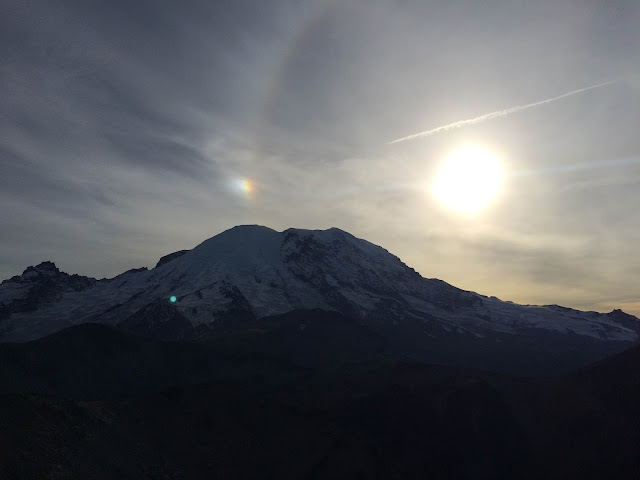 A couple Townsend's Solitaires accompanied us part of the way. 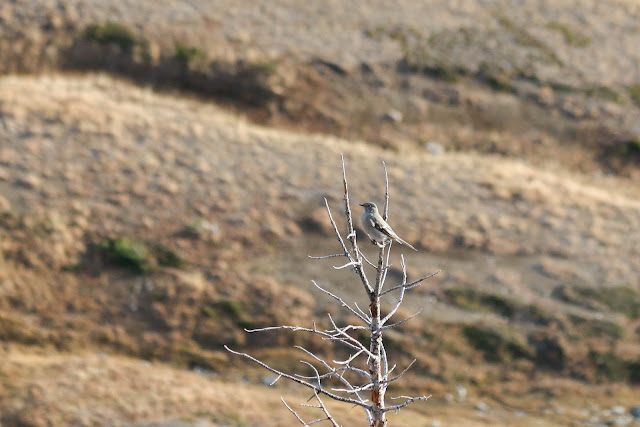 After passing Frozen Lake we heard a loud chirping and were finally able to locate a pika. 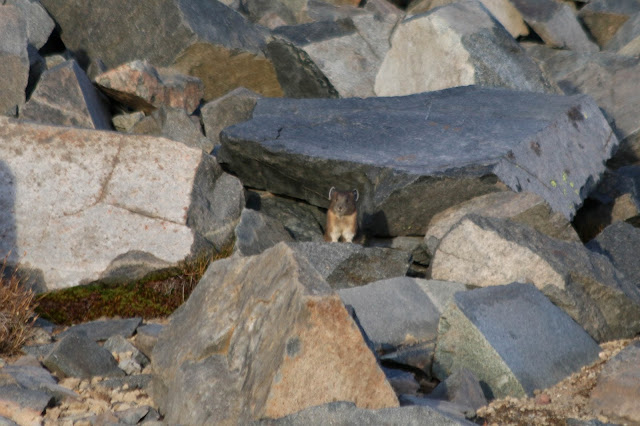 This was my first time getting a photo of one so I was pretty stoked. 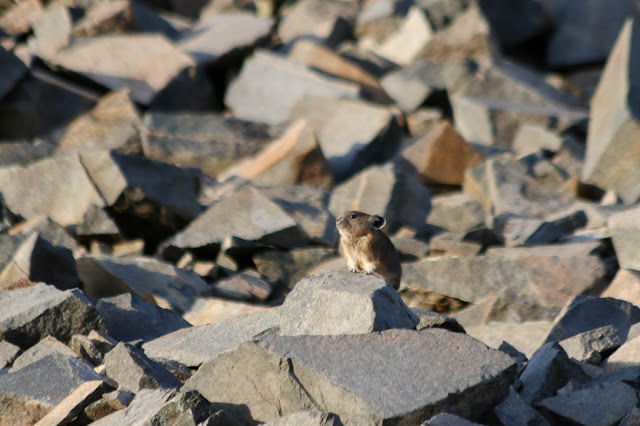 The rest of the hike was uneventful and we started the long drive home.  Sunset at Sunrise Point: 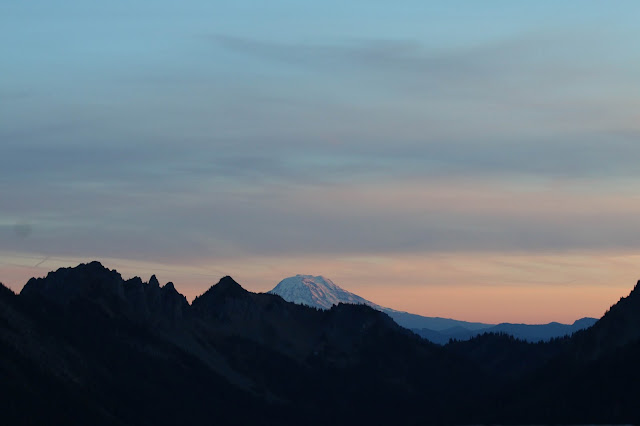 At a Shell station near Randle we found a herd of about 15 elk spread out over the grass and neighboring lawn.  Lots of bad photos happened here. 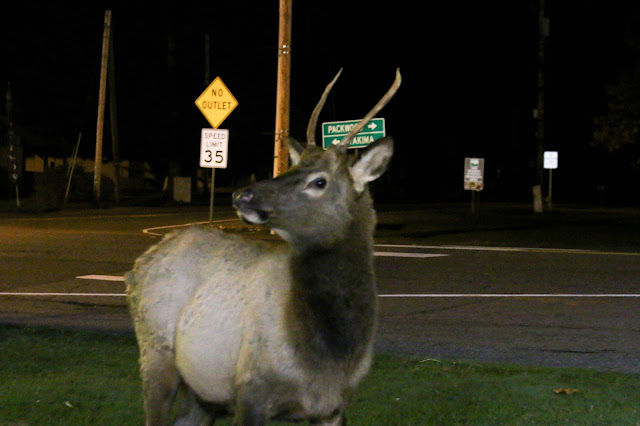 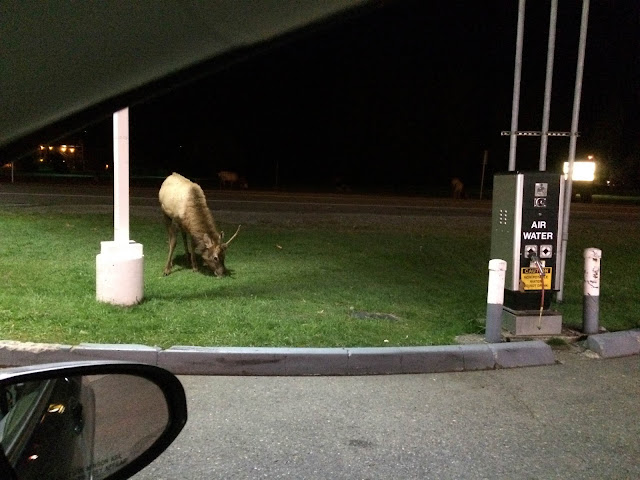 After seeing two dead elk on the drive up it was nice to see some live ones on the way home.  Good times!!! 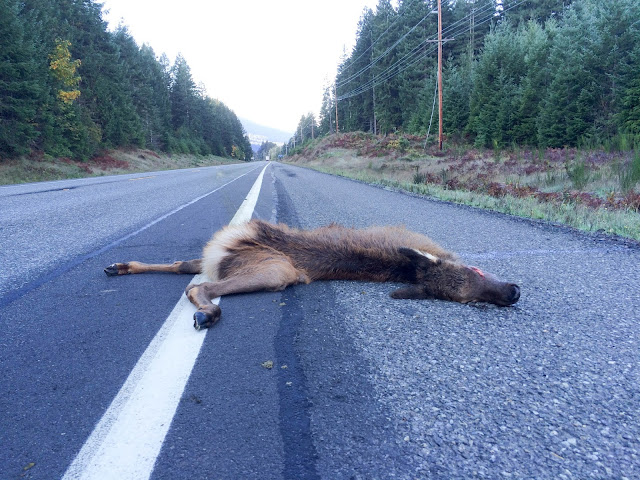