on November 13, 2015
About that whole "losing the will to chase" thing I wrote about last week:  I was wrong.  Yesterday morning I found myself driving through the coast range to Tillamook to look for a reported Dickcissel at Bayocean Spit.  I had been stifling a cold and walking up and down a gravel road in chilly and rainy conditions was definitely a good idea.  Cough. 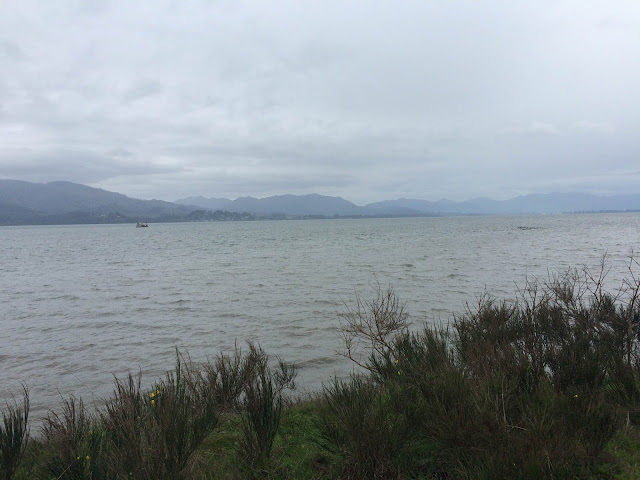 I was the first birder to arrive, joined soon by Jeff Harding.  The reported Northern Mockingbird was out and about, not giving an eff about us. Some of you see mockingbirds every day.  This individual was only the second I have ever seen in Oregon.  A good bird, but not a Dickcissel. 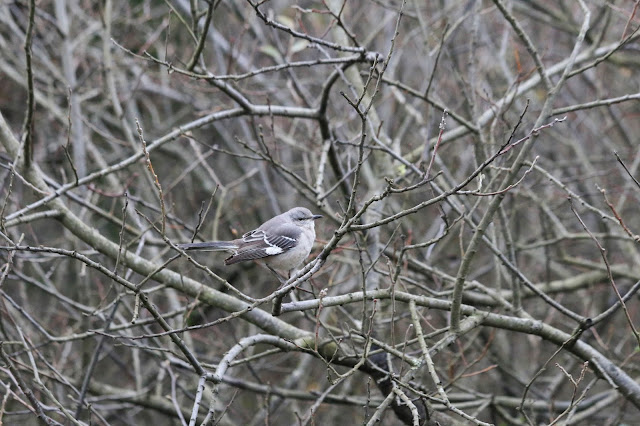 We walked up the road to where we thought The Dick should be, following some humorous directions provided on the listserv.  More birders arrived, Chuck Gates and another fellow whose name I did not catch. A couple Portland birders arrived, Phil and Tom.  Only two and a half hours after I arrived The Dick was found!

As I walked up to where Tom and another birder were watching it, it flew up and over my head.  Great.  The relocation process took awhile and I went to grab my raincoat as it had really started coming down.  In the parking lot the mockingbird seemed to be battling a Hermit Thrush for the best perch. 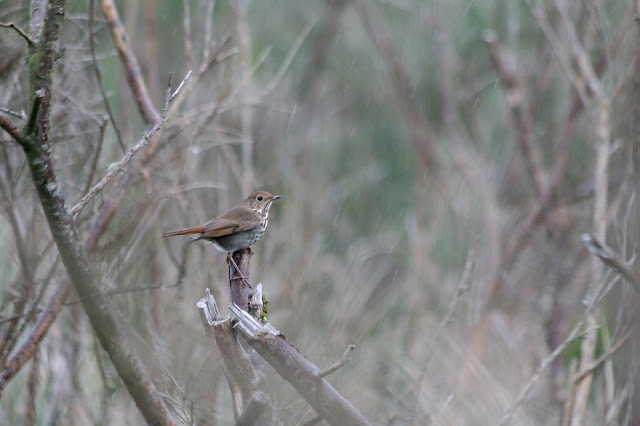 When I returned to The Dick spot the bird had still not been refound.  About thirty seconds later it flushed from the roadside and flew up to a blackberry bush where we had nice long views of it obscured a bit by branches. 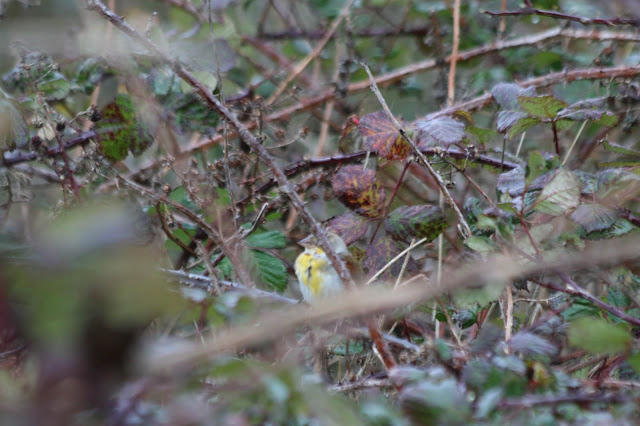 Moving around a bit helped... 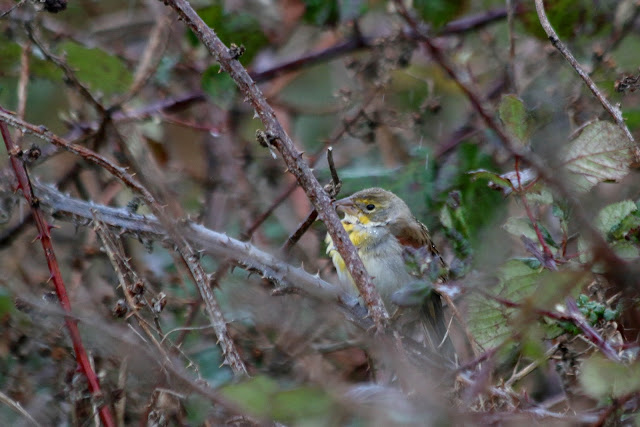 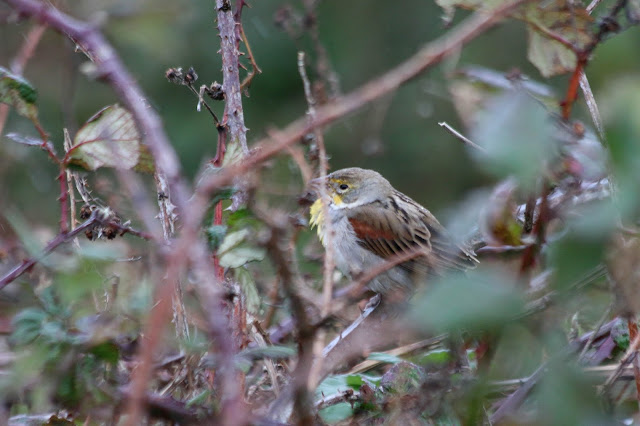 Cars driving by eventually sent the bird flying down to the entrance road ground where it actually sat out in the open for a minute.  My camera was soaked by then and photos were all pretty blurry.  But so cool!!!  Life bird!! 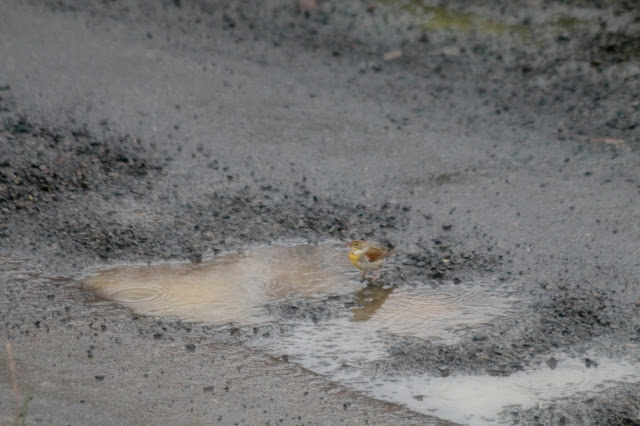 Jeff, who had been the other early birder at the scene, never saw the bird.  He had taken off down the spit and no one had his phone number to reach him.

In other news, there is snow on Mount Hoood!  My friend and I took the dogs up to Timberline on Tuesday and it was beautiful out. 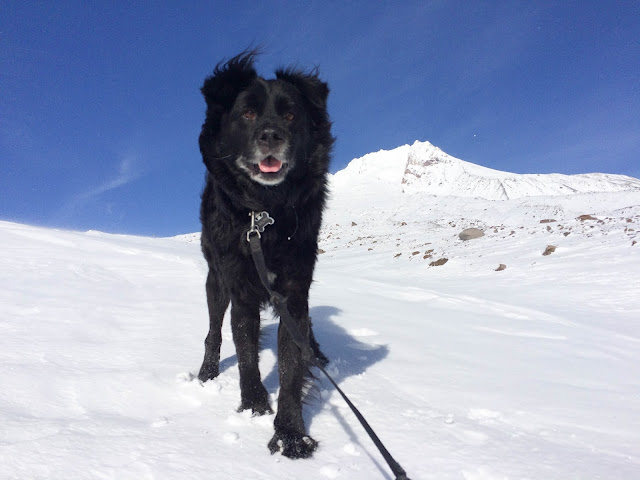 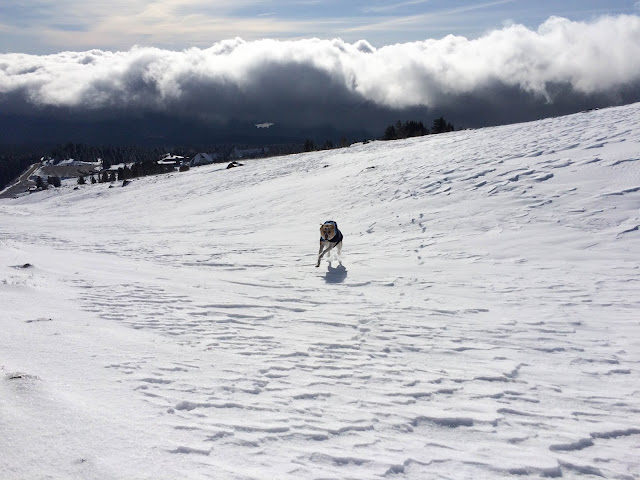 After that we went down to Trillium Lake and hiked the trail around it.  It was my first time there which seems silly. 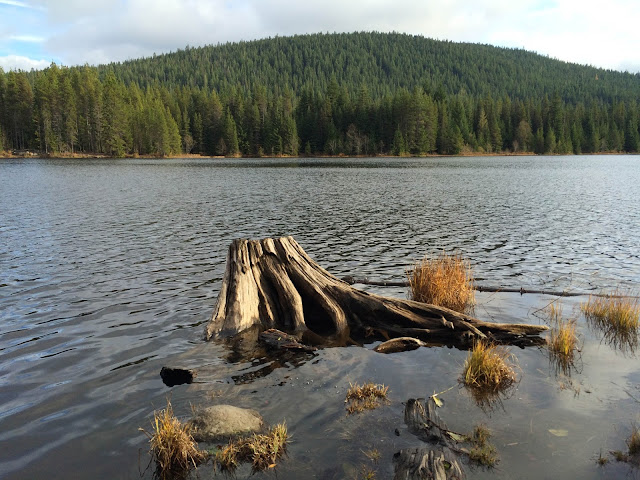 An American Dipper was the only confiding bird all day. 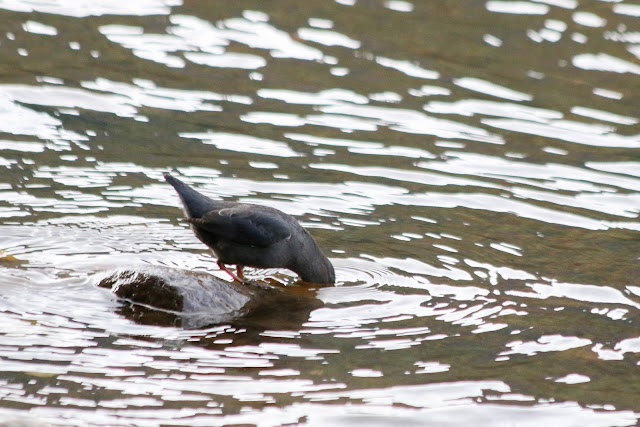 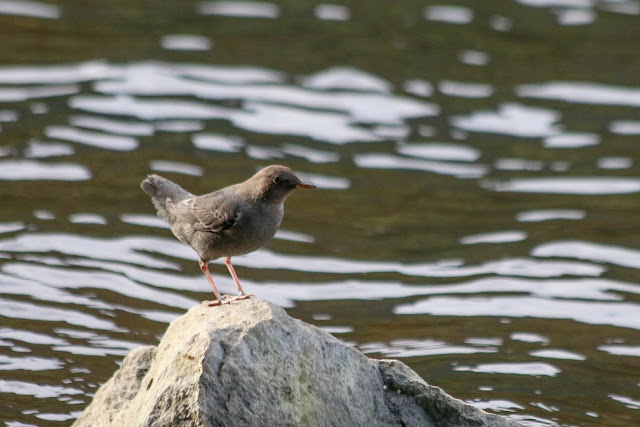 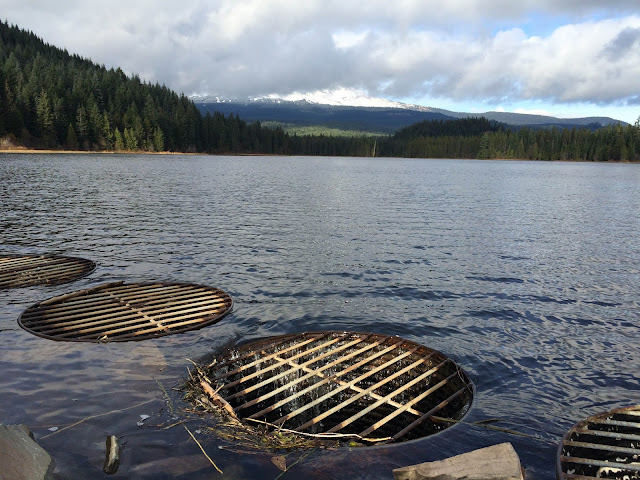