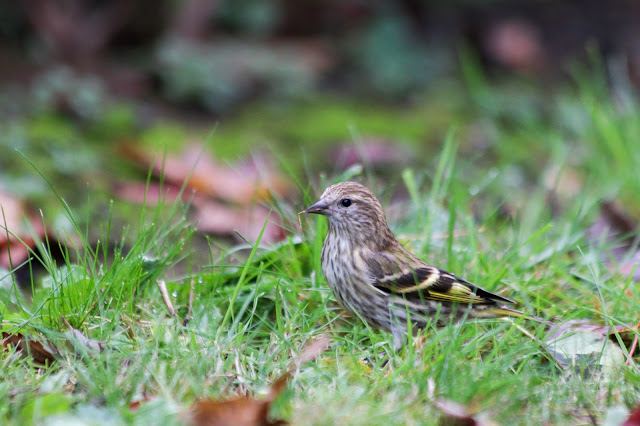 Whoa whoa wait a minute, don't quit reading yet.  I KNOW you don't care about my yard siskins but hang on a second.  Last week they were eating so much I was planning to pull my feeders till they left, but then Monday morning I realized I was feeding more than siskins... 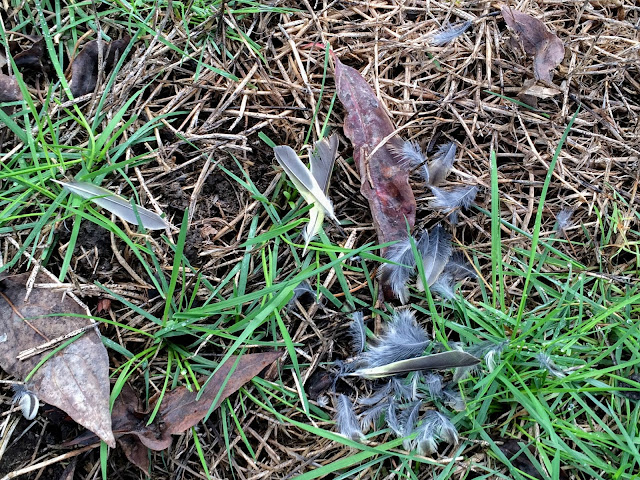 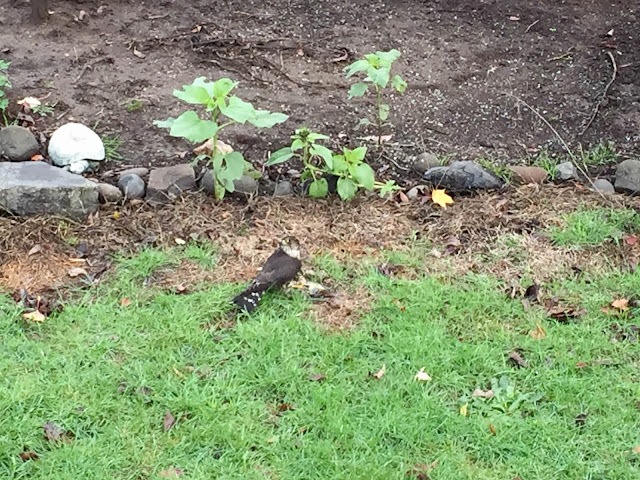 My local Merlin!  I missed the Merlin flying in but I got to see it on the ground here and then tear off with a siskin in its talons.

Conclusion:  It is worth feeding the siskins after all.

Anyway.  Wednesday morning I decided to walk to Broughton Beach in hopes of picking up some motorless birds for the year.   There's a lot of good potential for semi-rarities this time of year on the river: little loons, odd cormorants, scoters, grebes, etc.  And I saw none of them! 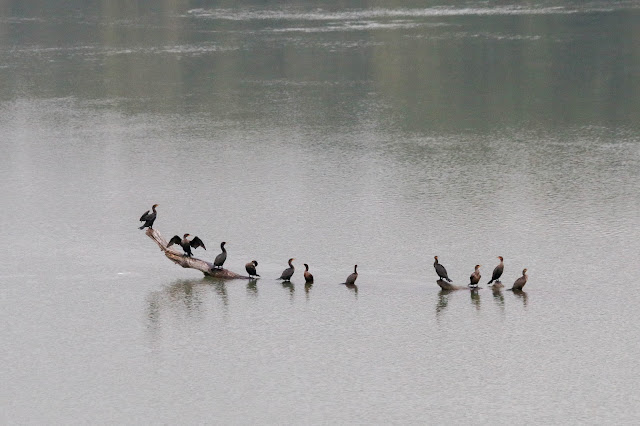 Dunlin is a nice bird for Broughton Beach, but one I had managed to see in the spring already. 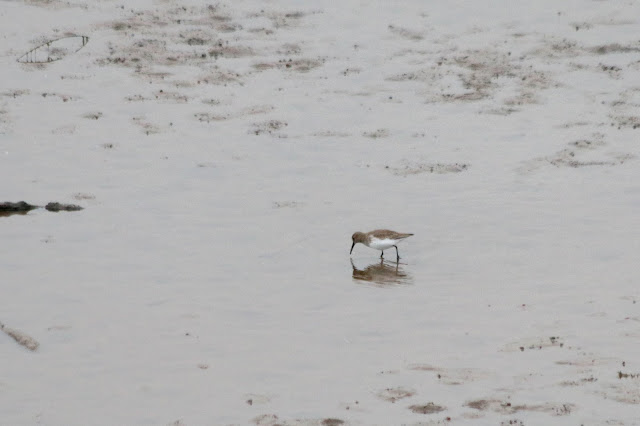 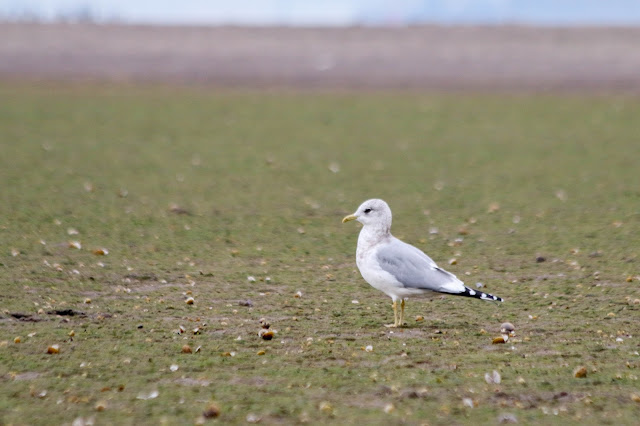 The Horned Lark flock is going strong and on this visit I noticed one with leg bands for the first time this year.  This is not that bird: 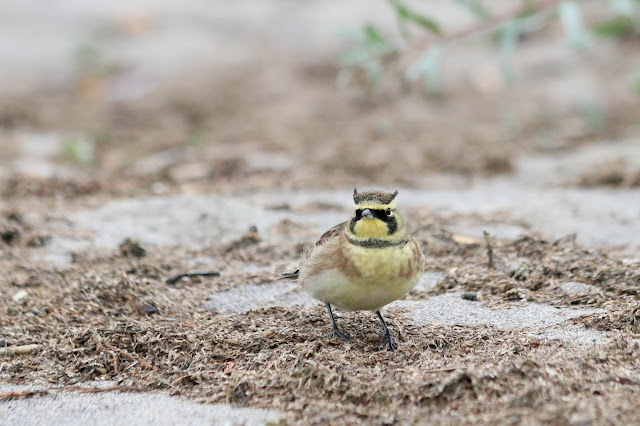 While trying to creep closer to the larks without flushing them to get a photo of the banded bird I heard something behind me on the river.  I turned around and boom!  Tundra Swans! 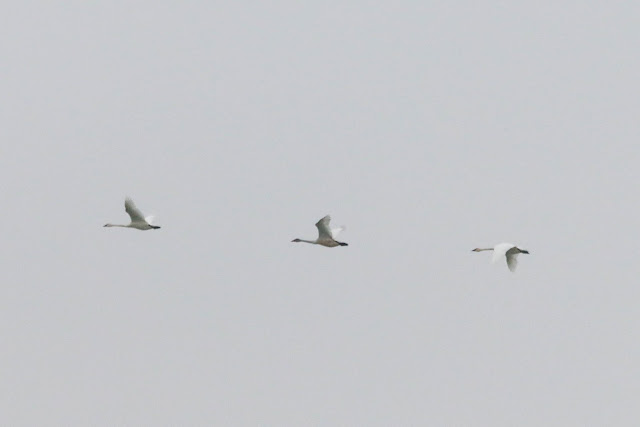 Tundra Swans are not rare birds but they are far more likely on the west side, or even Smith & Bybee Lakes.  A new Broughton Beach bird for me!  And a motorless life bird!  And motorless year bird #132 #133!  Lists lists lists!

On the walk home pipits were posing on the rocks along the bike path. 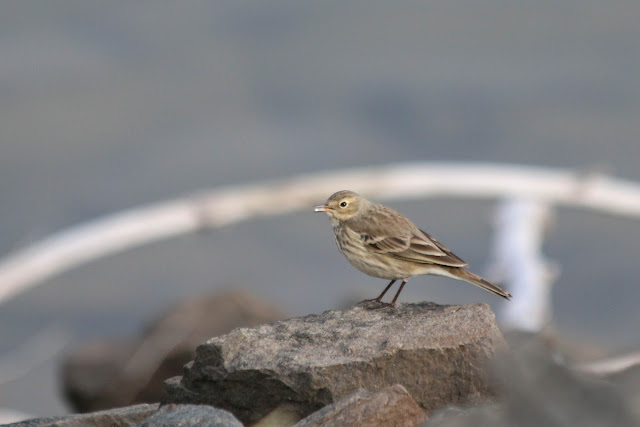 At some point I realized that the Western Meadowlarks I had seen earlier were also motorless year birds (#131 #132), making this long walk really worthwhile.

Back on the home front I have become a crazy hummingbird lady.  I even put up a second feeder to try to reduce fighting.  One day I had three on a feeder at once, a new record, with two more nearby.  I find this delightful. 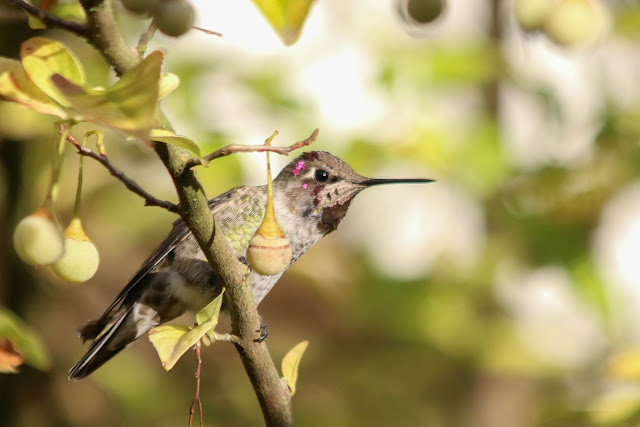 This dude is in charge.

Ok, I will shut up about yard birds now.  But oh wait, I have a yard mammal to share... 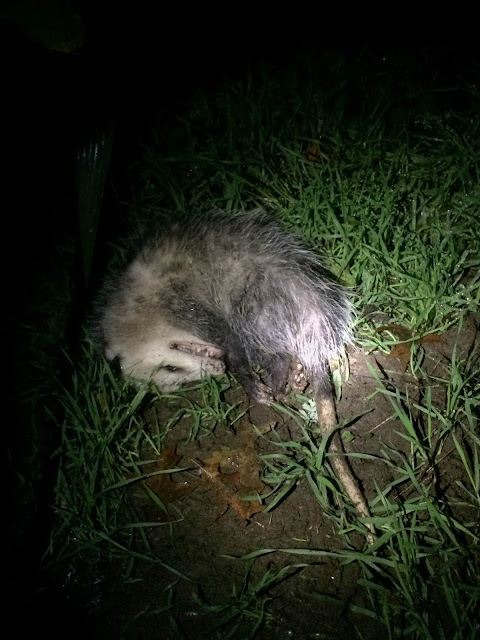 On Halloween morning I let the dogs outside and when they did not return I went to investigate.  Jake was sniffing and jumping back from this possum which I thought was dead till I noticed it was breathing.  Brought the dogs inside and an hour later when I checked it was gone.  I had no idea just how well they played dead!