Yesterday I finally made it out to Gilliam County to complete my first raptor survey for the East Cascades Audubon Society.  Last winter I agreed to take on both the north and the south routes, though yesterday I only completed the north one. 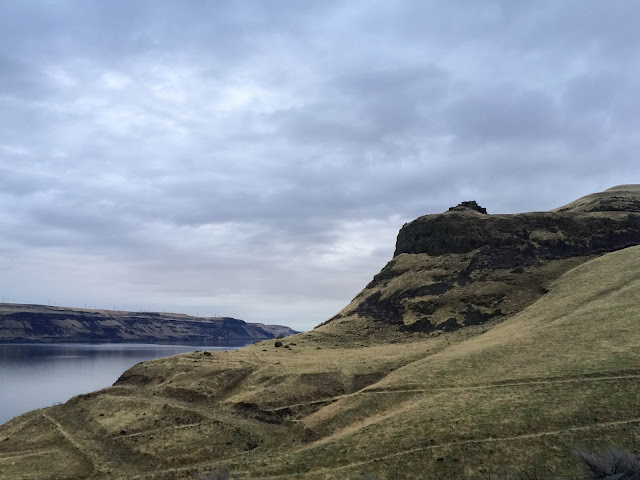 I was excited to finally find a day where the weather predicted for Gilliam was mellow and there were no ice storms, wind storms, or rain storms predicted for the gorge.  Upon arrival I realized the one thing I had not accounted for:  mud.  Early on some roads were sketchy and I ended up skipping one small section completely because of it.  The roads improved as the day wore on but raptor numbers did not.  Only 25 birds all day!  Here are some highlights... 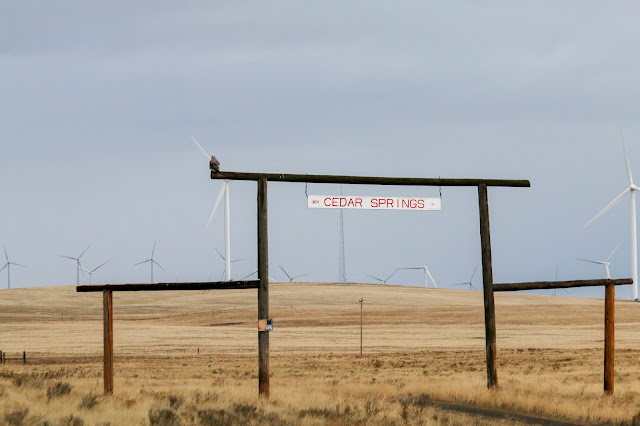 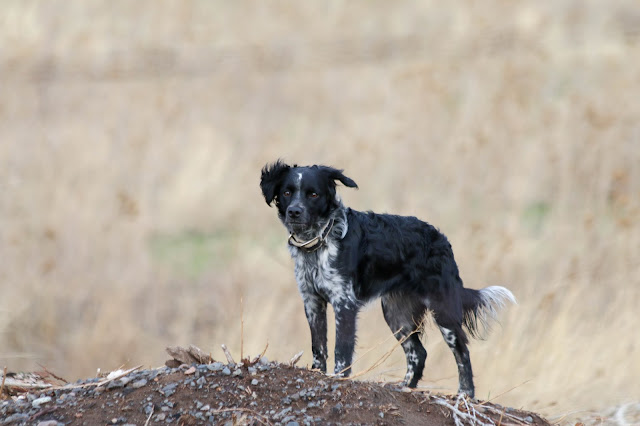 The King of Rock Creek 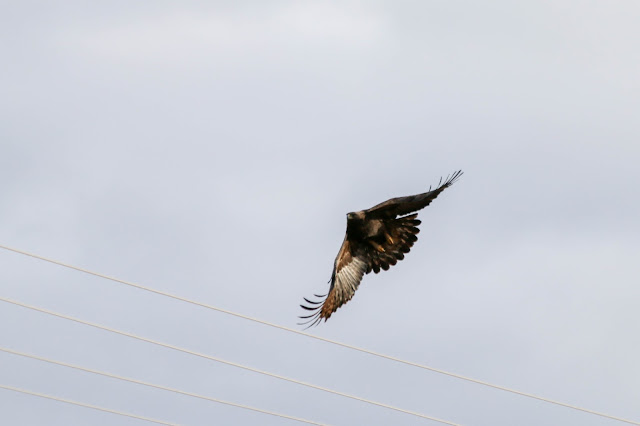 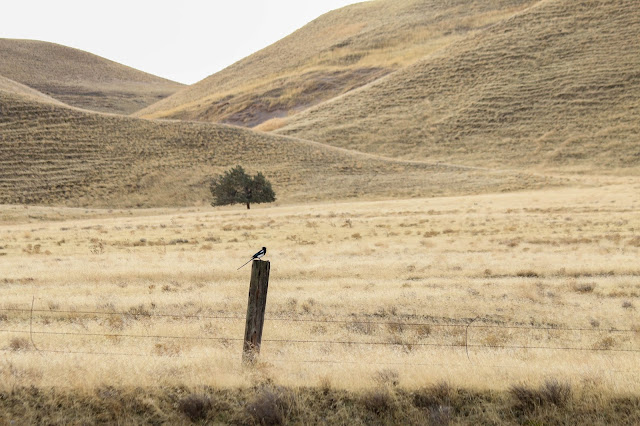 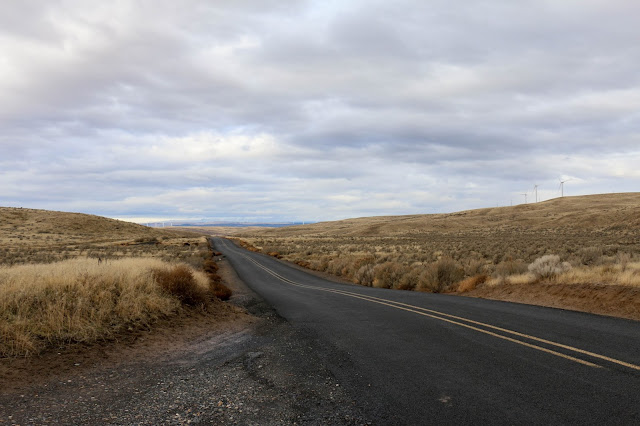 While driving along Fourmile Road I noticed a couple Mountain Bluebirds off to the side.  I raised my binoculars and was surprised to find trees filled with them.  I did a quick count of the blue dots and lost track at 40.  They were moving about quite a bit and at one point a bunch flew to the road. 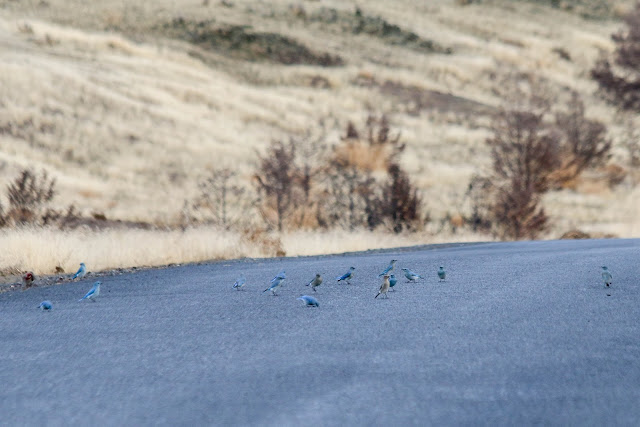 This was a good reminder that I do not spend enough time in Mountain Bluebird territory in the winter.  Mixed with this flock was a large number of House Finches.  Weird buddies. 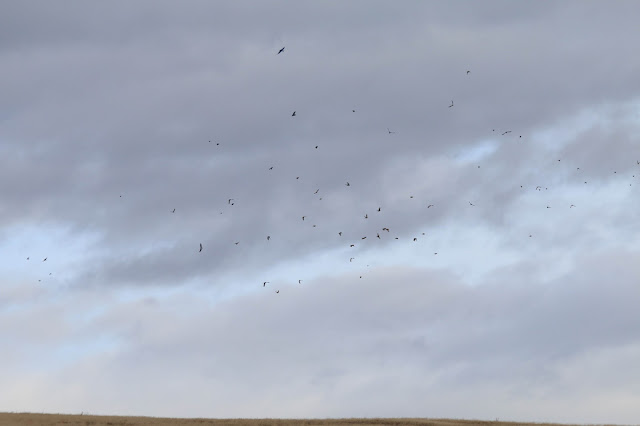 After Fourmile Canyon Road I went a long time without seeing any raptors at all, over 20 miles of mostly gravel roads with no hawks, no kestrels, no eagles.  One section of Baseline Road split in two directions suddenly with zero indication of which one was correct.  I guessed.  I guessed wrong. 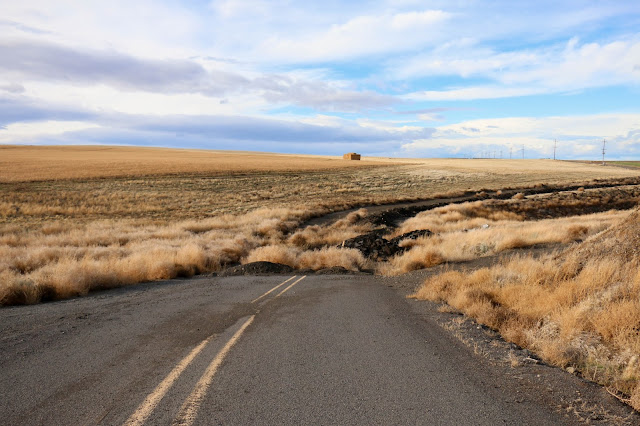 I made it to Upper Rock Creek Road where things got a bit birdier, but still no raptors.  Pretty horses though. 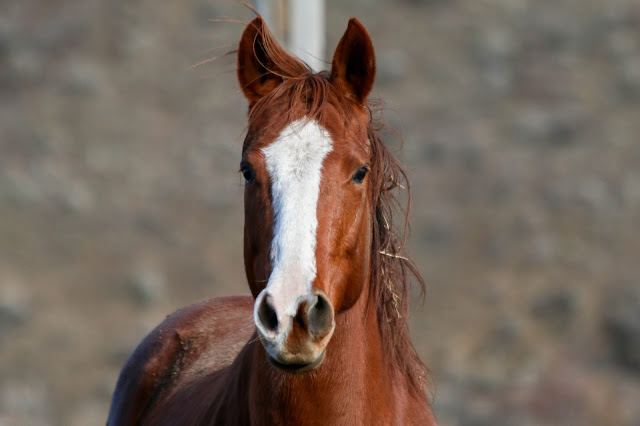 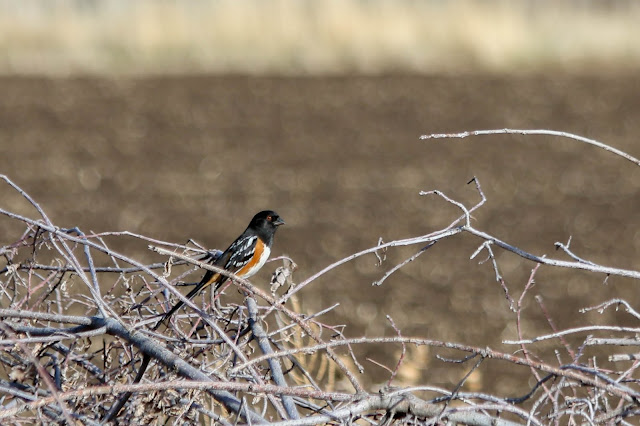 The only shrike I managed a photo of all day: 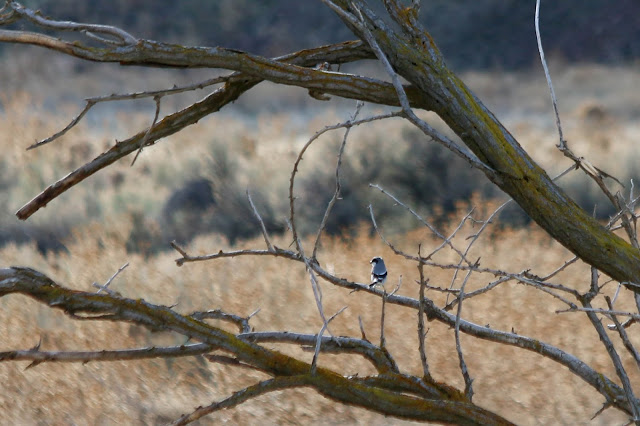 Along Middle Rock Creek Road I began to see hawks and kestrels again.  Lower Rock Creek Road surprised me by being the hippest rural road in Gilliam County.  First off, there was a lady jogging with her cattledog down the middle of the road, and another guy on crutches walking two dogs.  People walking dogs is not a normal sighting in Gilliam.  The clincher was this: 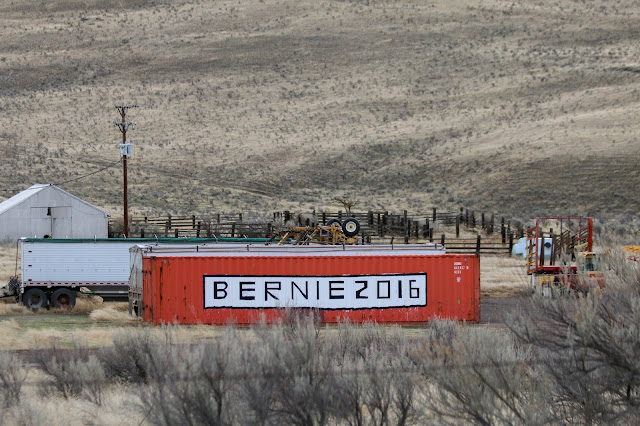 This is probably the only pro-Bernie sign in all of Gilliam County, and possibly all of rural Oregon.

Lower Rock Creek Road leads to McDonald Ferry Road which leads to the John Day River and dead ends.  I had to turn around early due to mud but I still managed to get my county Common Goldeneye here.  Woohoo.  On my way back along Lower Rock Creek I noted a Say's Phoebe flycatching from the sagebrush and rocks. 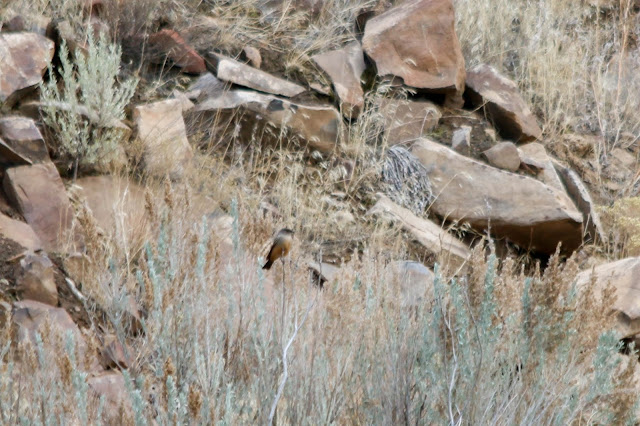 I began to question everything I thought I knew about Say's Phoebes, like the notion that they left in the winter.   Turns out, they do normally leave, but this fella did not catch the memo.  Yesterday was about 70 degrees and mostly sunny though, so it didn't feel that strange.

The last 20 miles or so of my route only presented me with one raptor, a lone Rough-legged hovering in the wind.  The scenery was lovely, with rain in the distance. 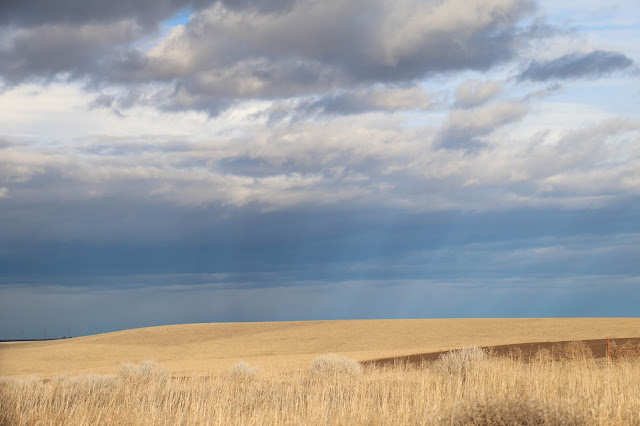 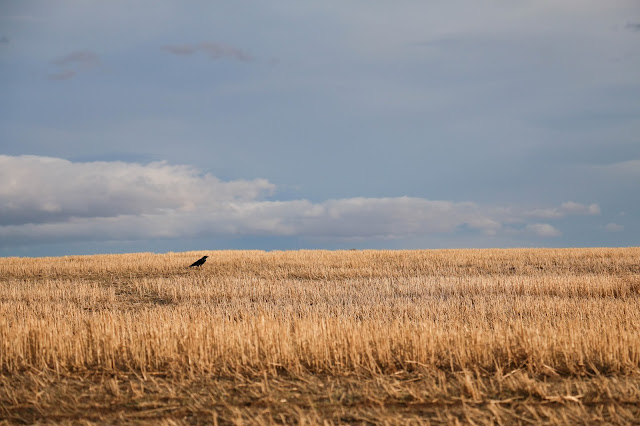 A goat along Clem or Pennington Road on the wrong side of the fence: 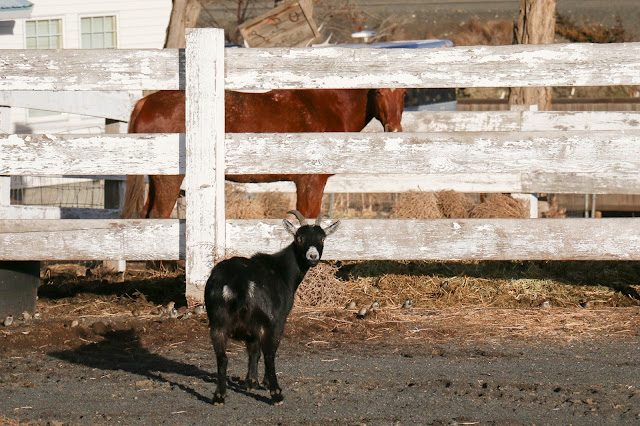 Deer were the only interesting wild mammals all day, often scattered on hillsides, watching me uncomfortably. 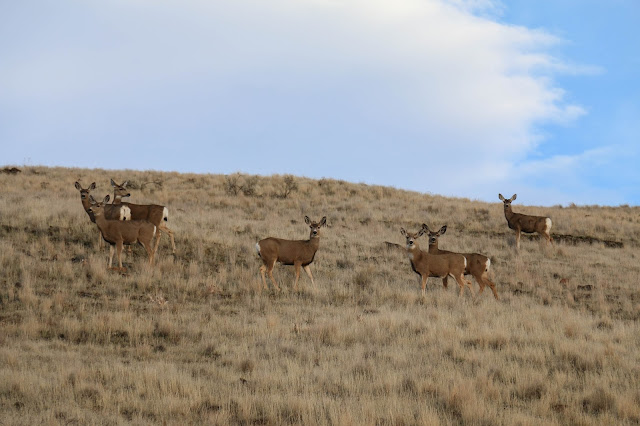 And that was my first completed raptor survey, with many more to come.  It took me forever so I need to figure out how to be more efficient (hmm, probably stop taking so many damn photos).  Good times!!!
Email Post
Labels: Black-billed Magpie Common Raven Golden Eagle Mountain Bluebird Northern Shrike Rough-legged Hawk Say's Phoebe Spotted Towhee