on December 17, 2015
Four years ago on a rainy December day much like our recent rainy days, I drove south to the Corvallis area to look for a Mountain Plover I read about on OBOL.  It was not to be found anywhere, though the pounding sideways rain made it difficult to scan the fields properly.  That day was redeemed with a successful Blue Jay chase at Bald Hill Park and can be seen in this lengthy blog post.

Yesterday I feared a similar failure but drove to Newport for the reported plover anyway.  I parked by the restrooms at South Beach State Park, walked up the trail over the dune and back down the other side, and boom!  The first bird I saw was the Mountain Plover.  The second through ninth birds seen were all Snowy Plovers. 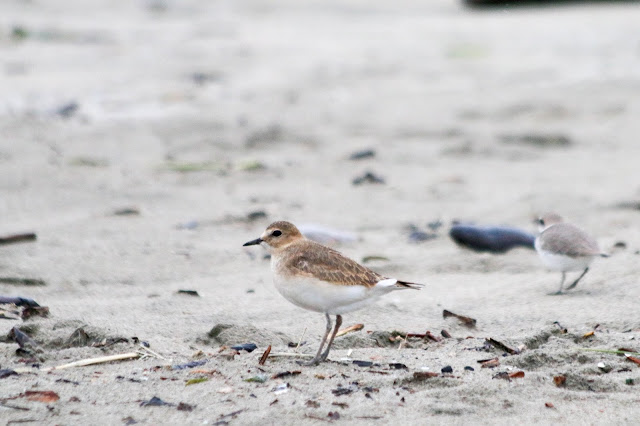 Nice to meet you, you handsome devil you

Most of the time the Mountain Plover was hunkered down, not a bad idea with the steady rain and wind.  The Snowy Plovers were a bit more active, running around doing plover stuff. 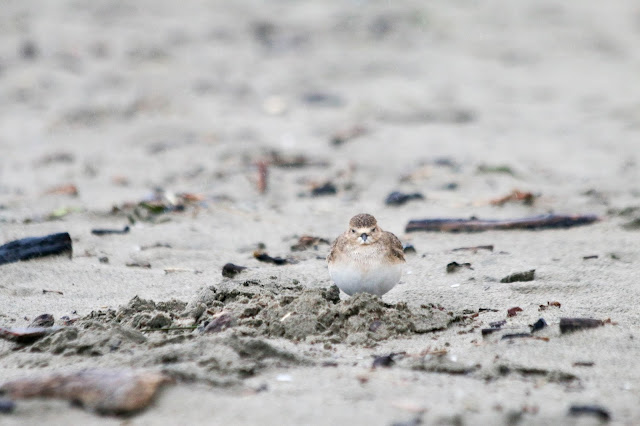 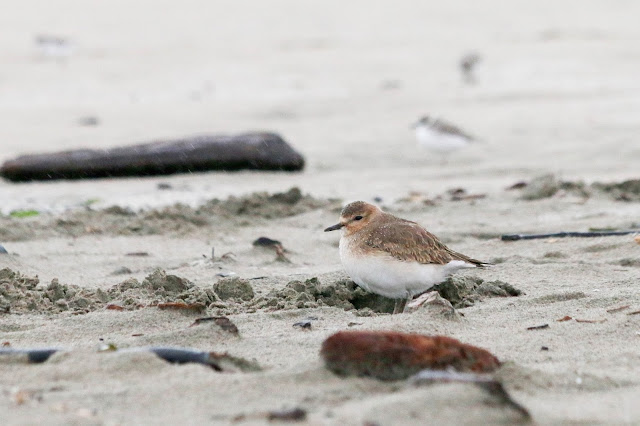 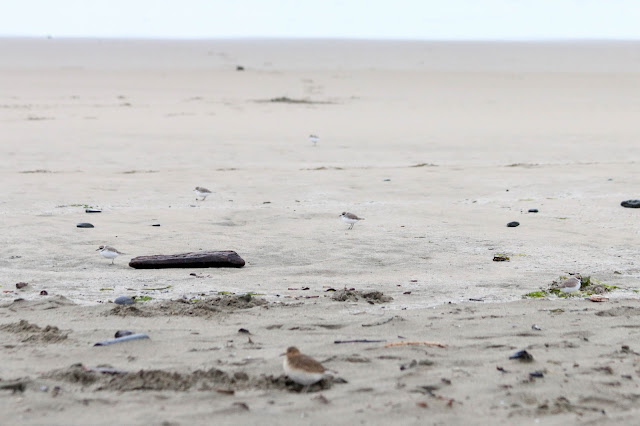 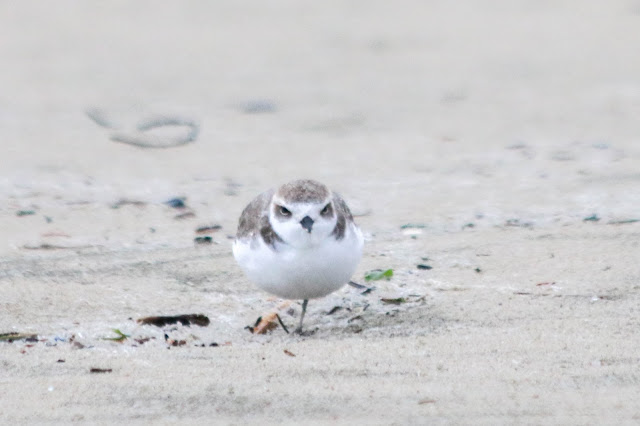 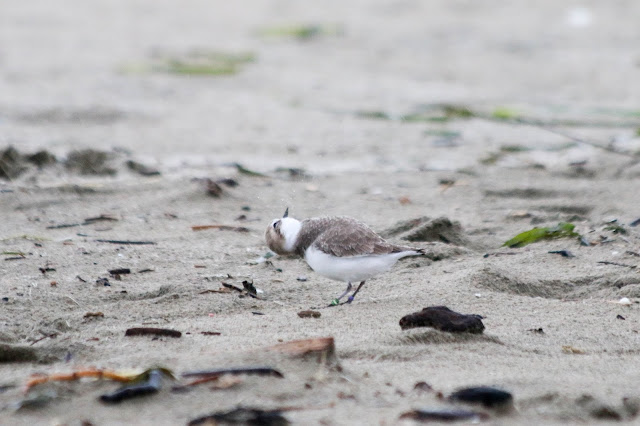 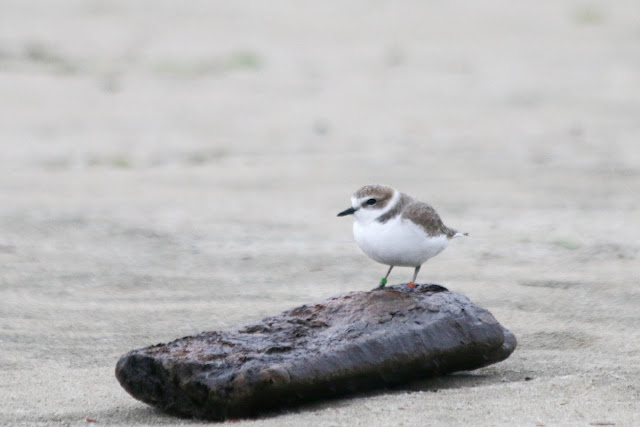 After laying in the wet sand with these birds for awhile I walked north up the beach to see what could be found.  I only recorded four live species on this beach (counting "gull sp." as a species) but there were some fantastic dead birds ripe for poking.  The recent storms have brought a lot of birds close to shore that aren't often seen from land, many of them meeting their maker on the beach. 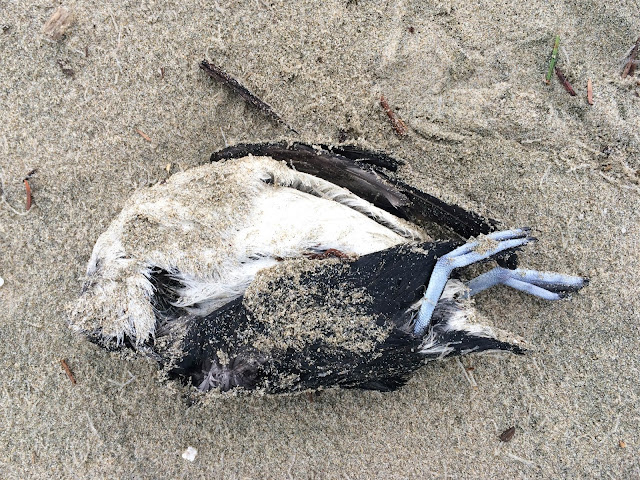 I had been assuming that the blue-legged dead alcids I was finding were Cassin's Auklets since they had been reported quite a bit, but that seems like too much white on the underside.  Though, on this old blog post about an alcid wreck Mike Patterson mentioned the white can be variable.  Is there a dead alcid ID chart?  The next one appears to be an auklet with the pale base to the bill and there's a white spot where the eye should be... 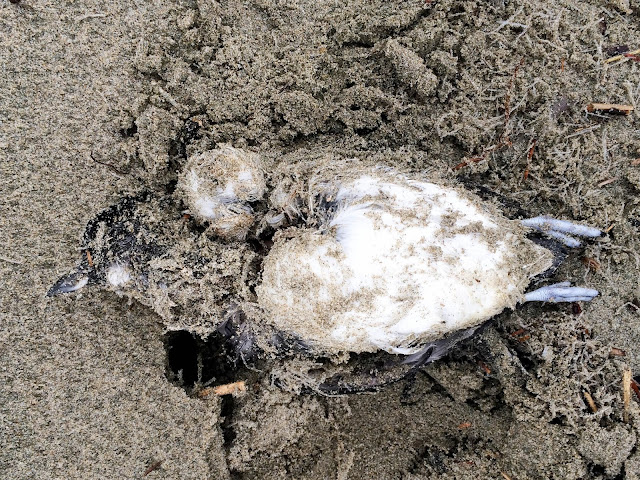 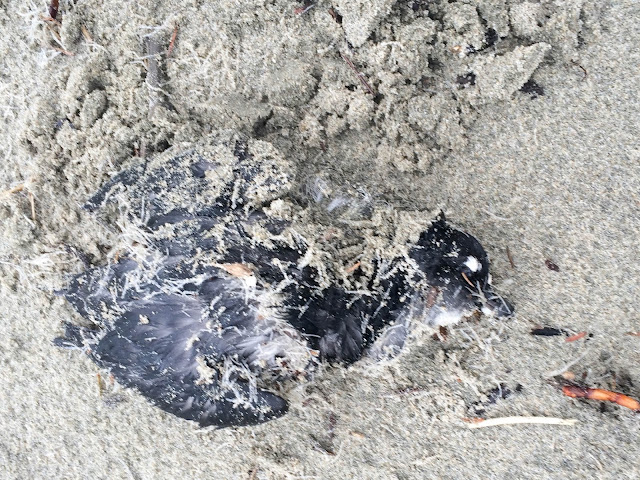 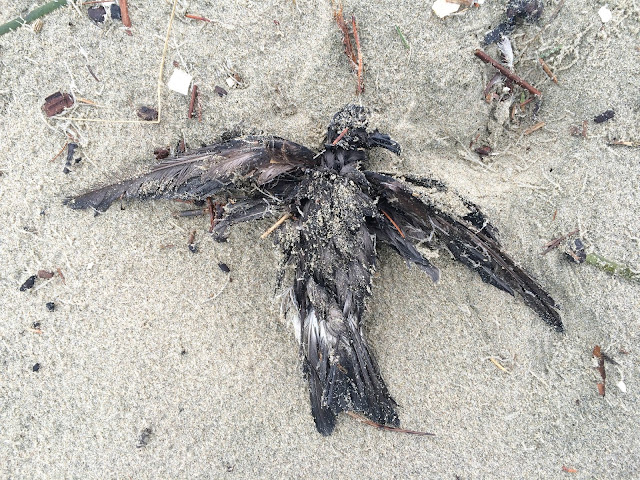 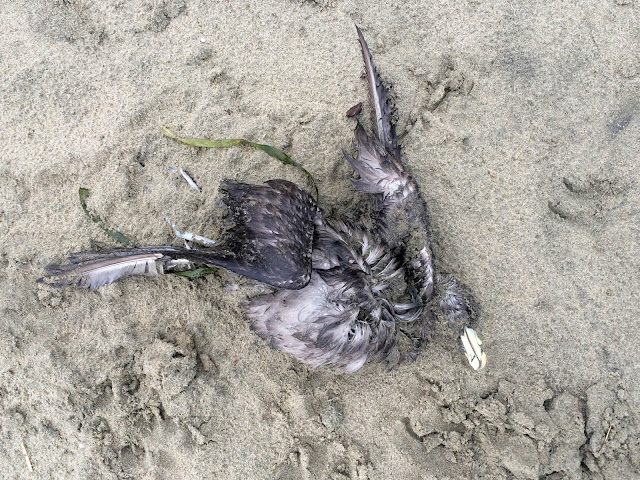 Fulmar bills fascinate me and I played with this one for a long time. 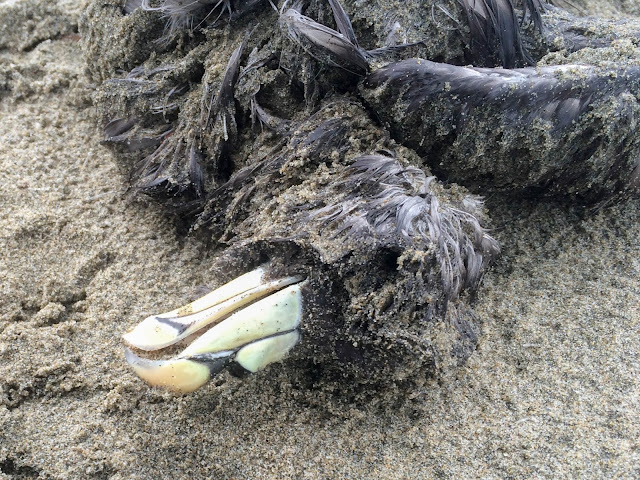 View from the jetty of the Yaquina Bay Bridge: 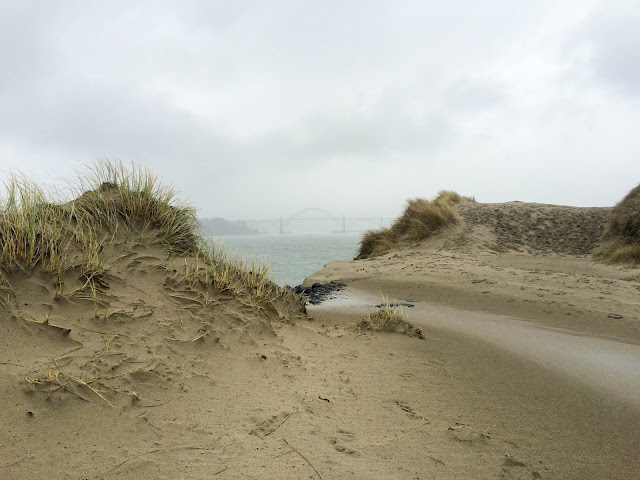 The northbound walk had been pleasant-ish since the rain and wind were blowing north also.  Walking back south was not pleasant.  Mental note:  next time bring rain pants.

I cranked the heat and headed over to the South Jetty, hoping a a kittiwake would be waiting for me at the gull puddle.  No luck there. 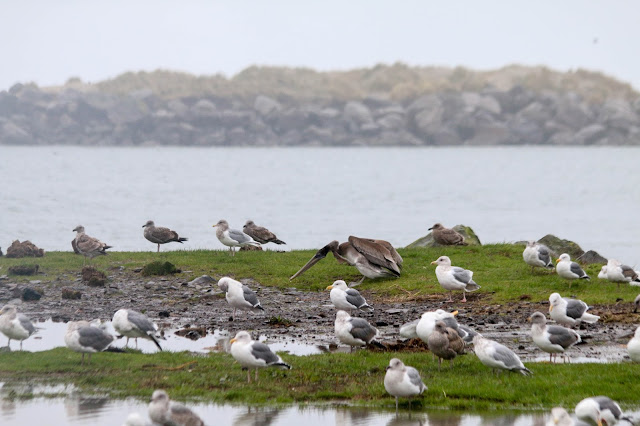 From Newport I drove north to Boiler Bay where the waves were impressive and a whale was spouting in the distance.  eBird says I picked up my year Black Oystercatcher here.  eBird is full of lies. 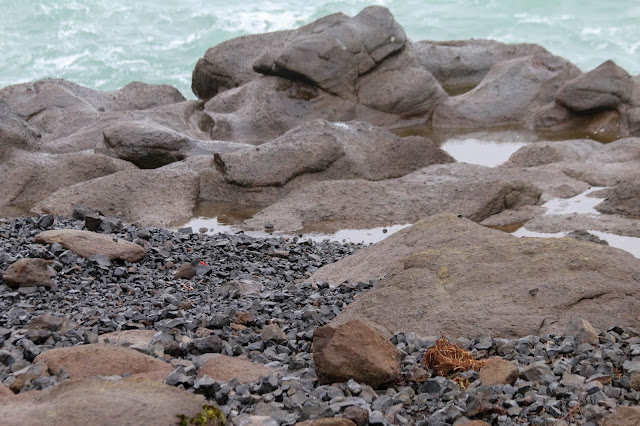 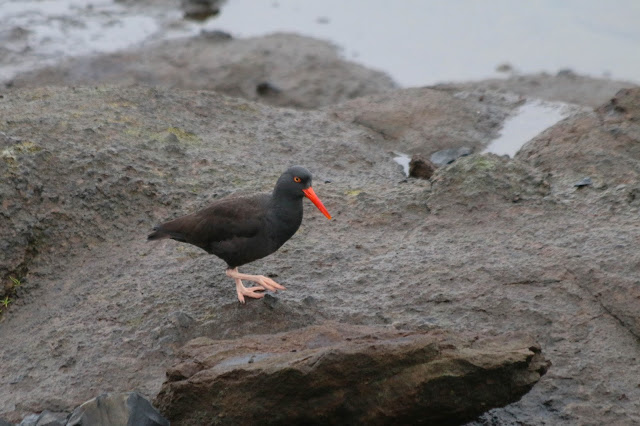 Overall it was a successful day at the coast!  One life bird plus several year birds, leaving me at a nagging 399 for the year.  Perhaps I will go fix that today...  Good times!!
Black Oystercatcher Brown Pelican Mountain Plover Snowy Plover