on January 23, 2016
It is known that to find the potoos near San Blas one must first find Chencho.  It took us a couple days to track him down, but track him down we did and a boat ride into the mangroves was scheduled.  Of course we all thought we were in a different time zone which should have complicated things but somehow it did not.  Mexican miracles combined with Frank's excellent luck make for magical potoo outings.

We set off with Chencho in the afternoon of January 7th under sunny frigatebird-filled skies, full of hope for our target birds.  We had Chencho so we knew we would be fine.  Within fifteen minutes we spotted Rufous-necked Wood-Rails creeping in the shadows of the mangrove roots, occasionally blinding us with their brilliance.  No photos.  A Magnificent Frigatebird instead: 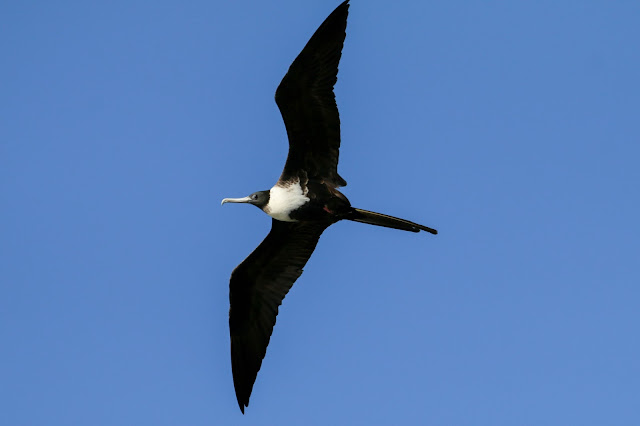 We cruised around the main river, checking out birds and sleeping crocodile children. 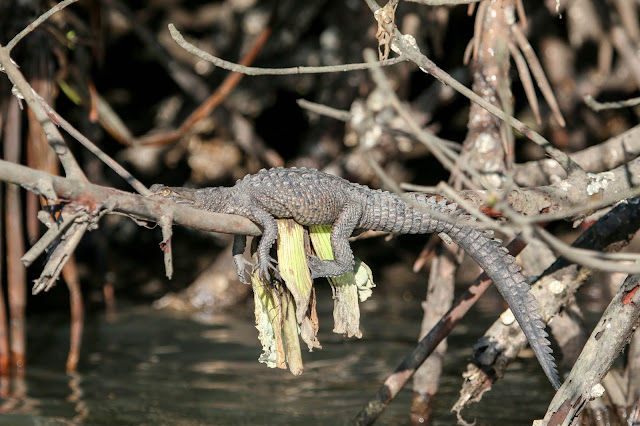 We took a turn into the dense mangroves following the twisty-turny waterway, sometimes ducking to avoid the vegetation.  Birds and crocs were waiting for us. 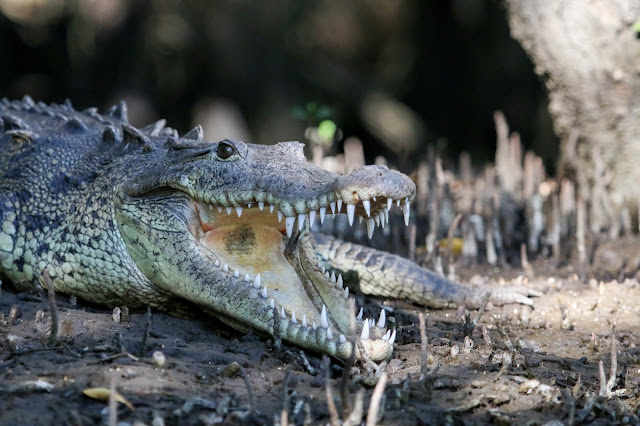 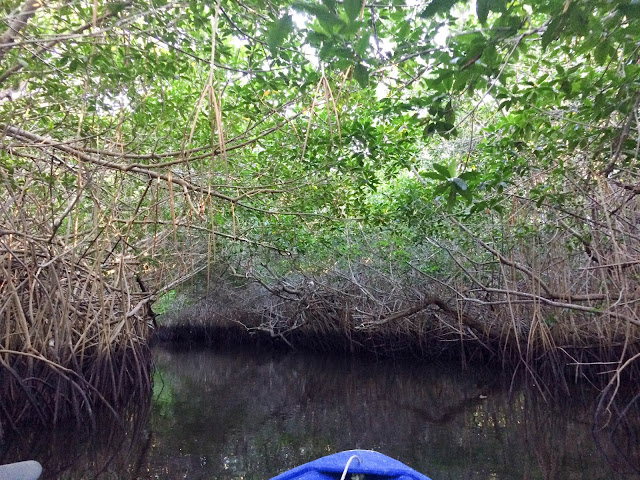 We came to a spot packed with Boat-billed Herons, the most ridiculous of herons. 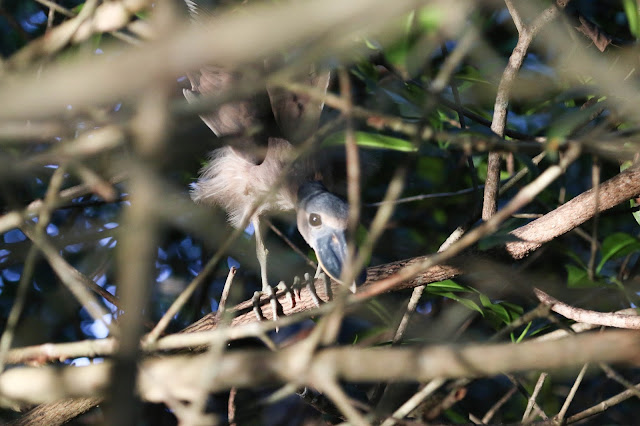 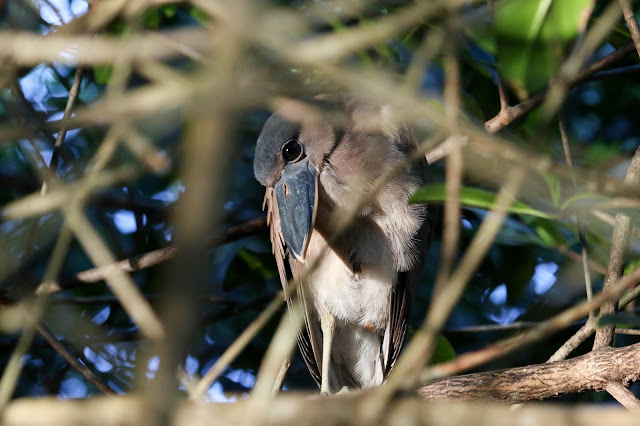 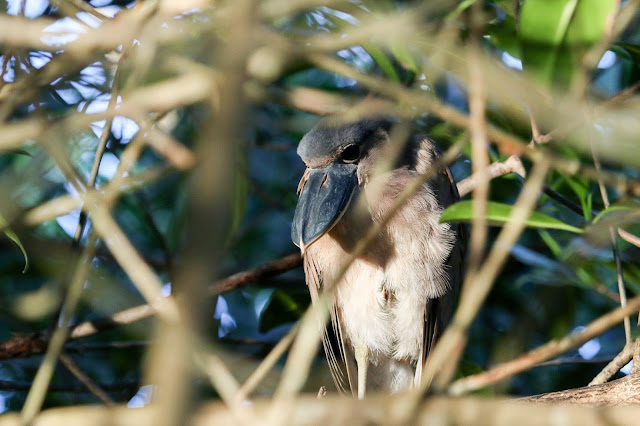 Further into the mangroves we went until Steve called out our first Northern Potoo, perched directly above a Bare-throated Tiger-Heron.  Ahhhh what do you do?  You ignore the heron and stare at the potoo.  That's what you do. 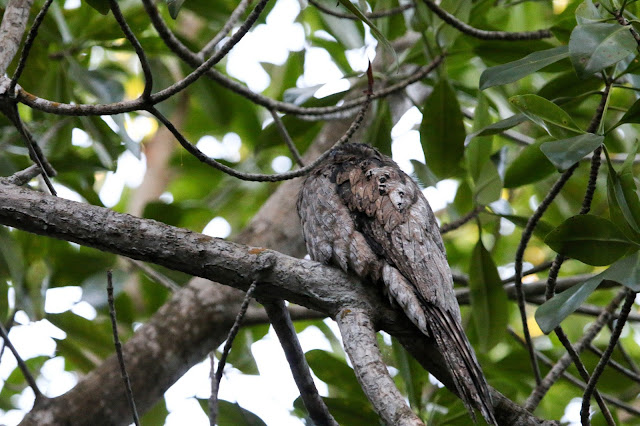 Potoos do not look like much while sleeping.  We carried on through the mangroves... 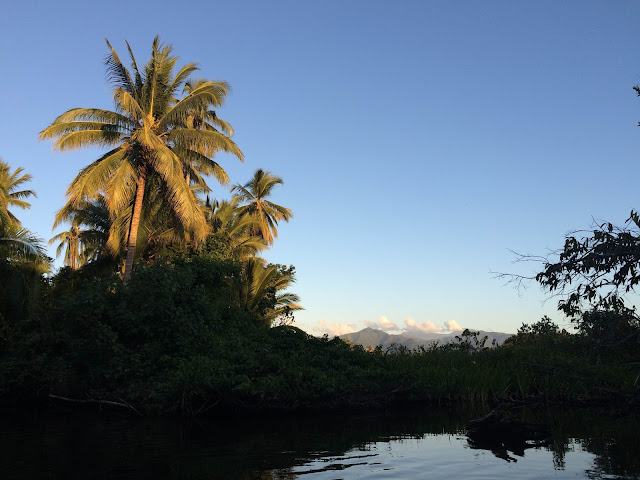 The sun was getting lower as we cruised into Snail Kite country. 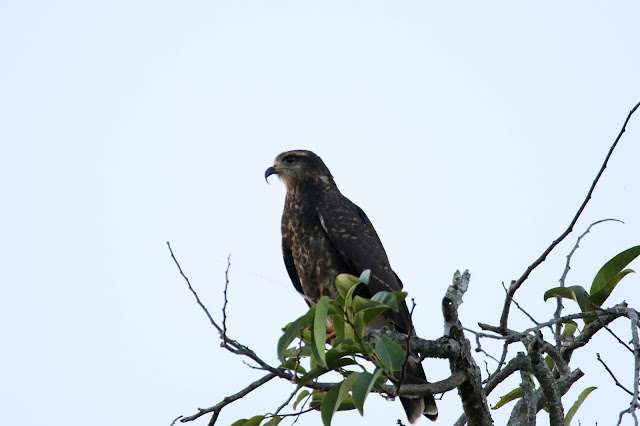 We came upon a major Tropical Kingbird and Orchard Oriole roosting spot where a local Merlin was taking advantage and feasting on a TK dinner.  The bats and Common Pauraques started flying as we reached the end of the line where we disembarked for a brief break, waiting for darkness to settle in.  A family of ring-tails scurried along a rock wall offering only the briefest of looks.  Then it was back to the boat.

Chencho prepared his big light for the ride back and we excitedly began spotting eyes reflecting back at us.


We stopped many times to light up perched Northern Potoos, counting a total of 13. 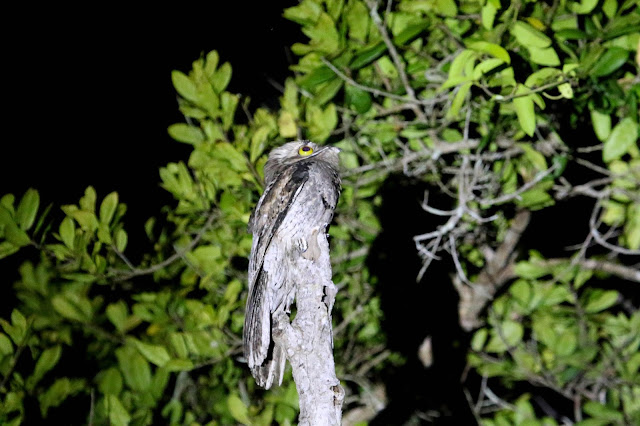 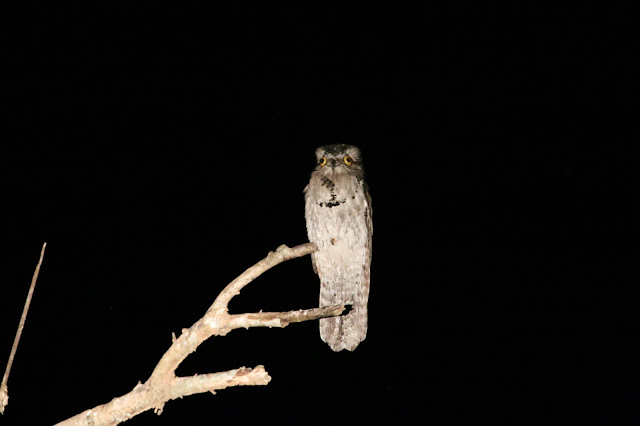 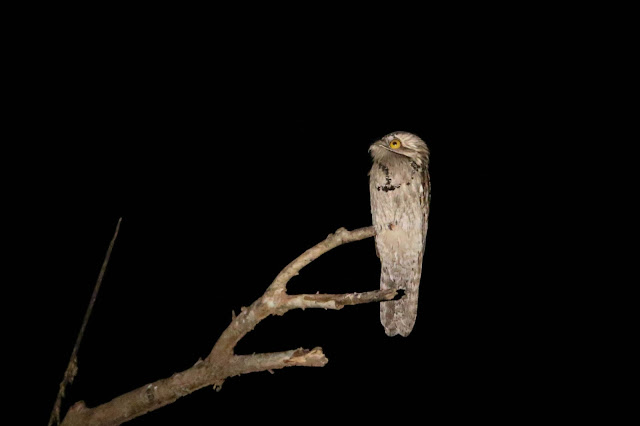 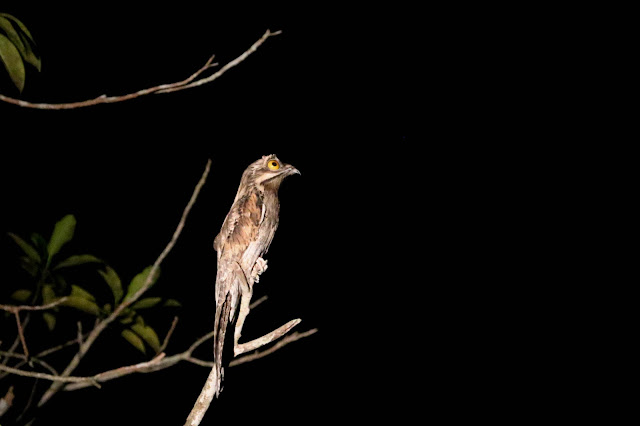 We also caught a very cute but unidentified mammal and a Limpkin. 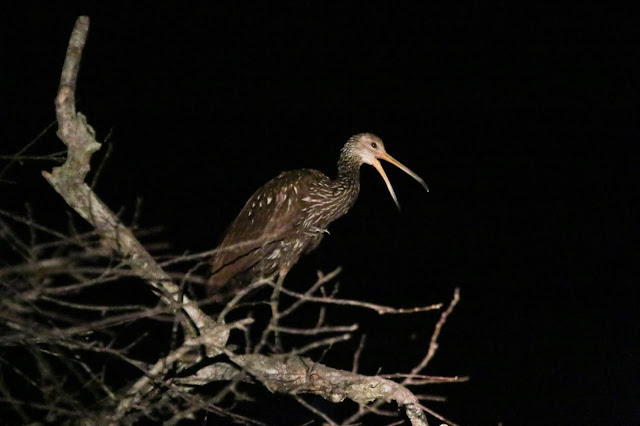 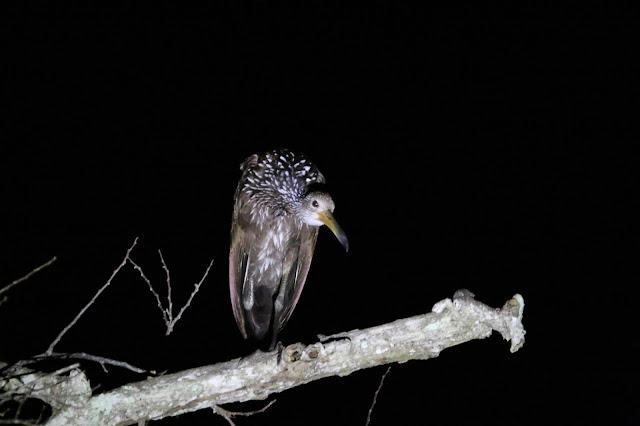 We rode back through the mangroves to the main river where Chencho was able to navigate without the light.  I remember leaning back and staring at all the stars, feeling the warmish air rushing by, and wondering if things would ever be that good again.