This week in birds and stuff.

Let's begin with a very important piece from the local news outlet, KATU:

On Tuesday I went out to Vanport Wetlands in the rain to see if I could find the reported Swamp Sparrow, a bird that had eluded me in the county for years.  This one was ridiculously easy though. 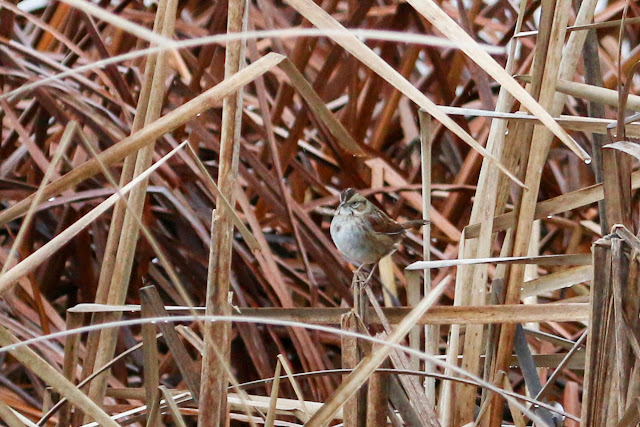 After that I went by Force Lake which was super mellow, but at least the few ducks were fairly close. 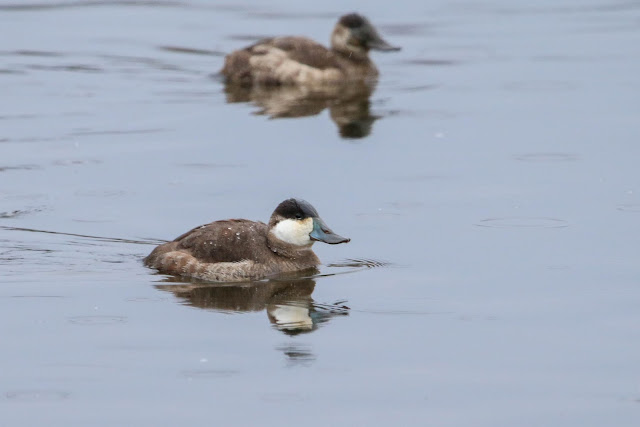 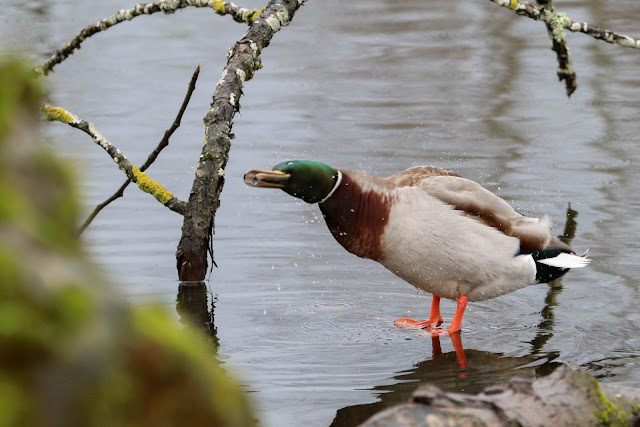 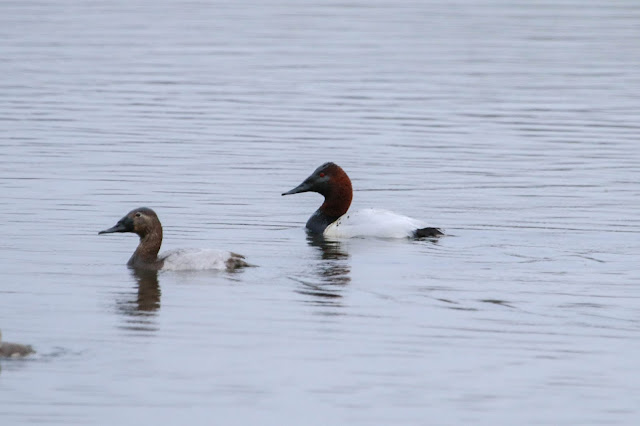 I drove over to Broughton Beach since the rain had stopped, and the most interesting thing I noted were two sets of deer tracks.  This is not a good place for deer. 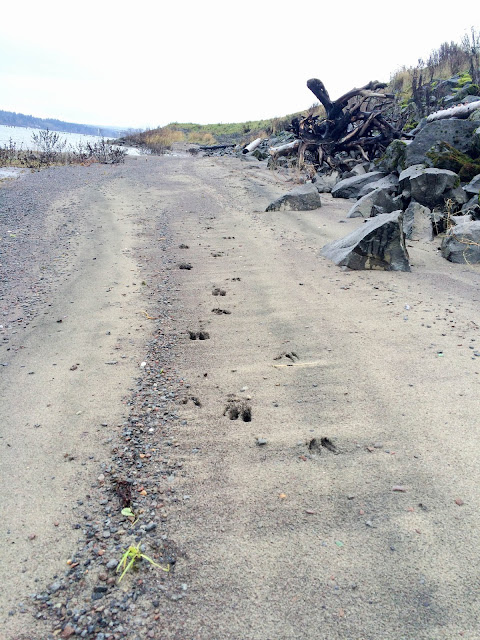 My final stop on that day was one of my patches to check for a certain owl. 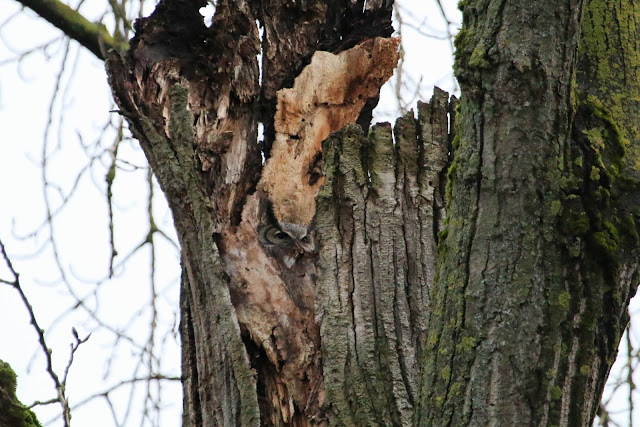 She was there!  Fourth winter in a row!  Fingers crossed for another successful breeding season.

On Wednesday I went up to Ridgefield to drive the auto tour.  It was packed with people but of course there was still plenty to see... 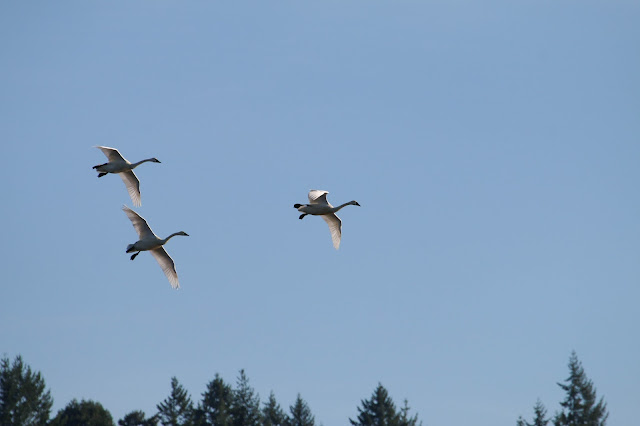 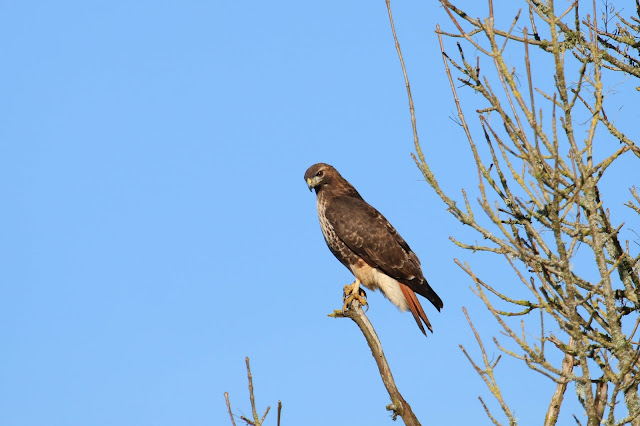 I counted at least 8 Red-tailed Hawks 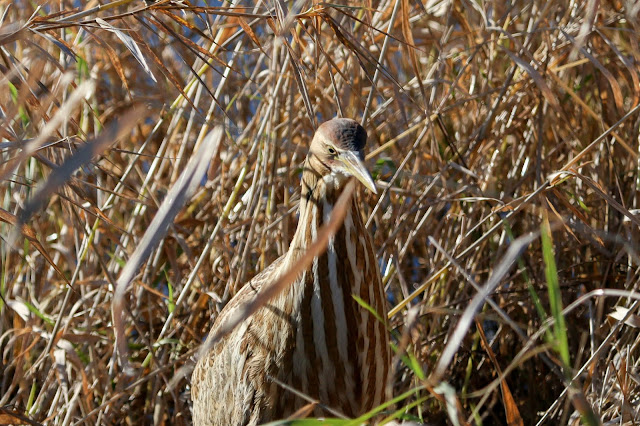 Yesterday my friend and I decided to check out somewhere new, Abiqua Falls, down kind of near Silverton in Marion County.   The road that leads from the main road is sketchy at best with big rocks, holes, steep drop-offs, snow, mud, etc.  We marveled at a PT Cruiser that was attempting the drive.  When we got to the parking area we found the PT Cruiser stuck, slipping down an embankment.  The young girl driving had tried to turn around and got stuck in the mud. 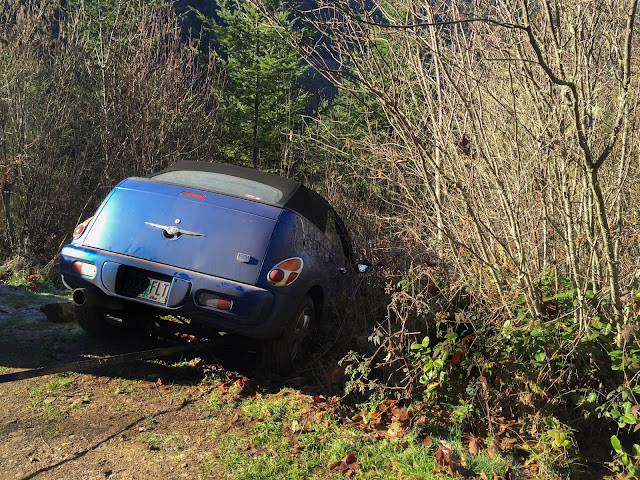 We were trying to help but didn't have any tow rope or anything, and the girl was afraid to get out of the car because when she took her foot off the brake the car would start slipping.  Someone wedged a couple big rocks in front of the wheels to prevent it from slipping further.  Thankfully a family on ATV's showed up and were able to ride quickly back up to a spot where folks were shooting.  A guy with a big truck came down and several tow ropes from various people were hooked up. 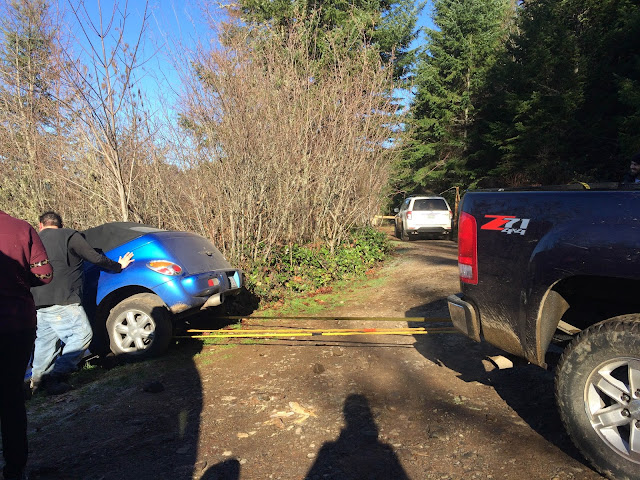 The car was towed out rather easily and one of the ATV drivers parked the car safely away from the ledge.  The girl and her friend were psyched but embarrassed.

With this excitement behind us we began on the sketchy hike down to Abiqua Creek.
There are ropes most of the way down to help keep people from dying.  Once at the bottom of the slope, there's still a bit of a hike along slippery rocks and logs before getting to the falls. 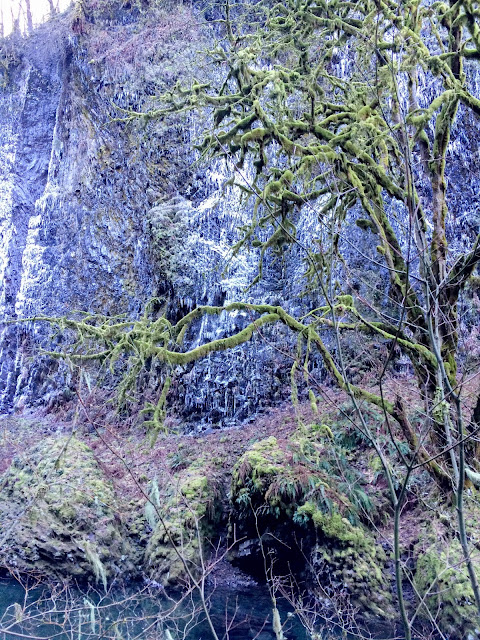 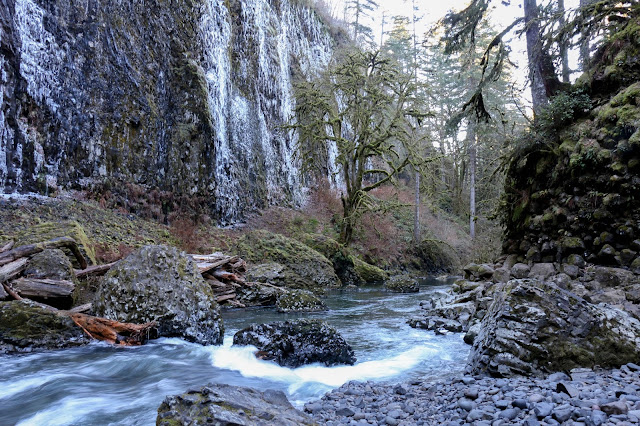 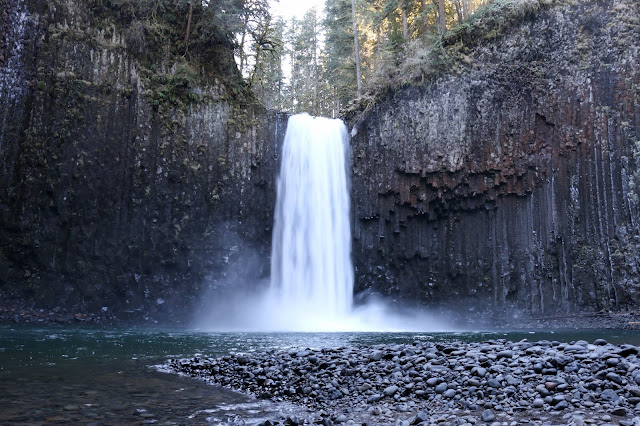 On the drive home we stopped at the Marquam Market for some cold root beer and the fellow working informed us of something I had not heard of before:  alcoholic root beer!  We bought a couple of those too but have yet to try them.

This might be my last post for a bit, but stay tuned for some awesomeness later this month.   Happy New Year!