on February 19, 2016
January 15th was arguably the best day of birding we had in Mexico.  We drove up Volcán Nevado de Colima into the area designated as a national park and birded the hell out of it.  If you want to see a ridiculous eBird checklist, look at ours here. 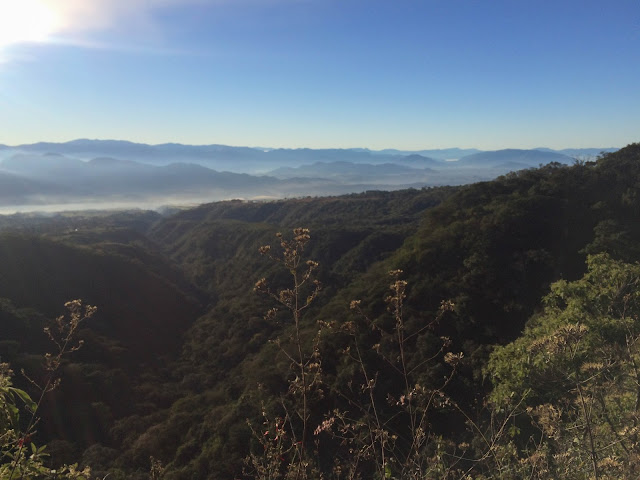 Chestnut-sided Shrike-Vireo. Smoky-brown Woodpecker. Transvolcanic Jay. Fucking Slaty fucking Vireo. Long-tailed Wood-Partridges calling. Crested Guans flushing from trees.  There was a lot going on and I don't have any bird photos at all from it.


It was a very long, very awesome day that did not end like a normal day.  No.  We had been admiring the view of Volcán de Fuego all day but when we were getting ready to turn around someone noticed it was getting active.  This took us all by surprise. 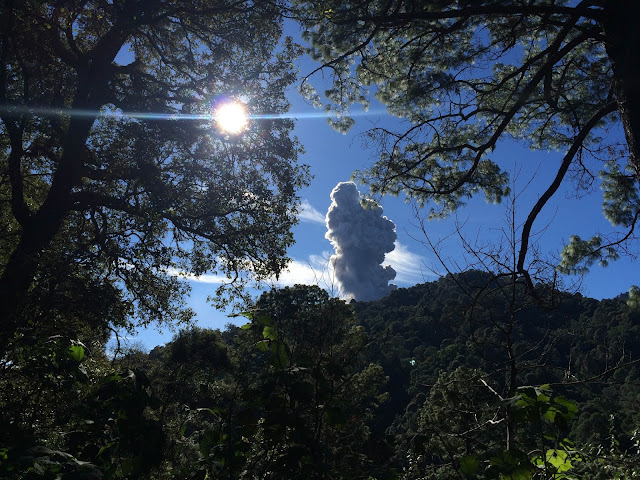 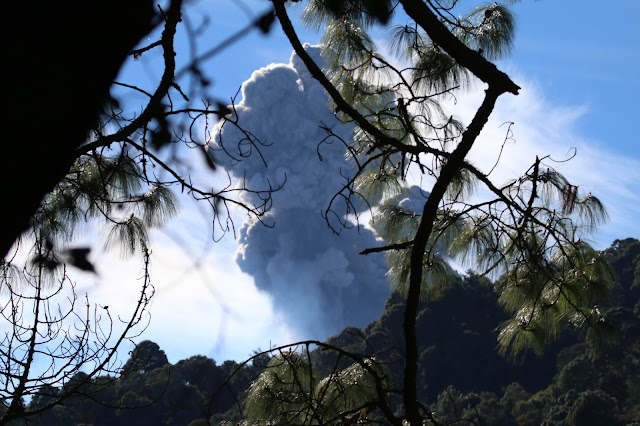 The car was probably a mile away so we eventually decided to just not worry about it.


The next morning when we were heading out of town to return to other parts of the volcano we immediately saw the same thing happen.  It is common. 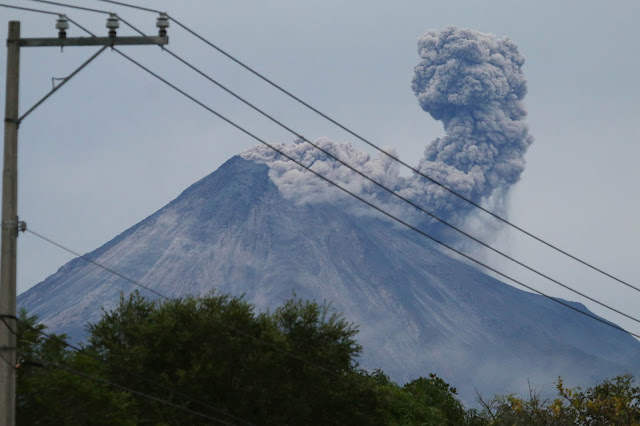 The location above was a random stop (I think) where the road crossed a dryish river bed where men were collecting boulders.  A sign warned against stealing birds. 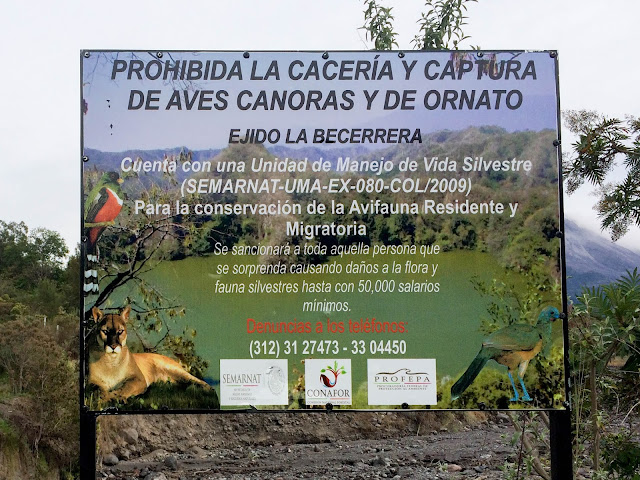 Crossing the path were a bunch of leaf cutter ants which are so freakin cool: 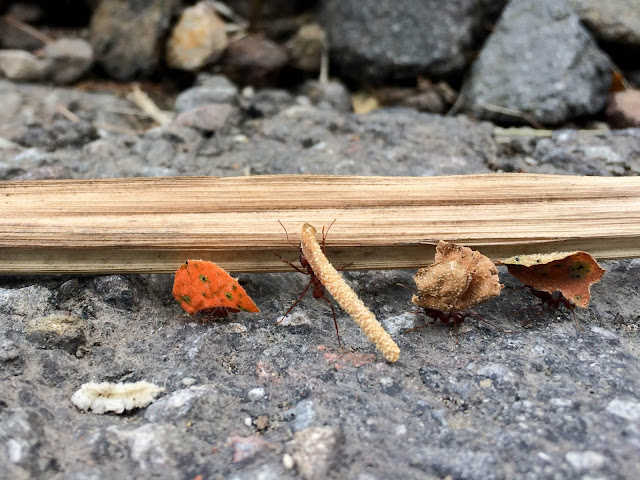 From the bridge I managed my first and only photos of Varied Buntings, also freakin cool. 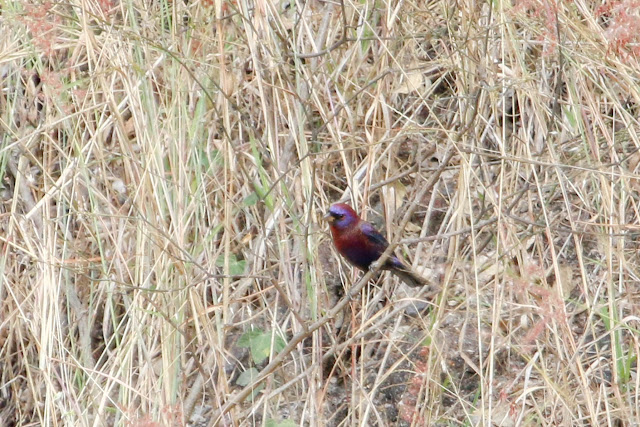 From this stop we headed to Laguna La María, a well-maintained park on a lake complete with a playground and domestic geese.  Caroline showed her dominance to the geese whereas I got nipped by one that could smell my fear. 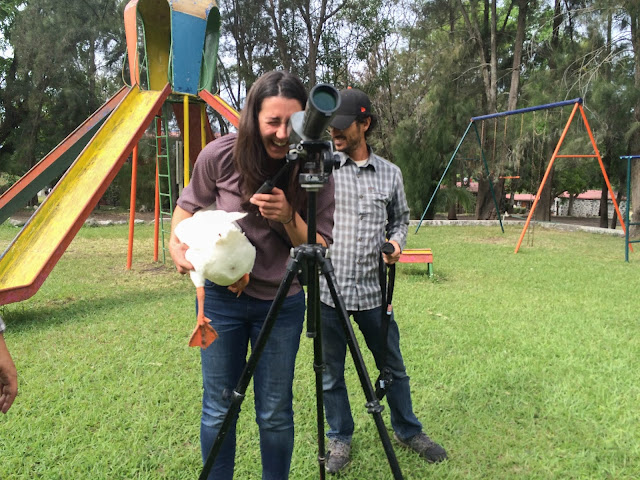 Over a hundred Lilac-crowned Parrots were flying around when we arrived.


There were some cool trails leading into the woods where I finally saw an Olivaceous Woodcreeper. 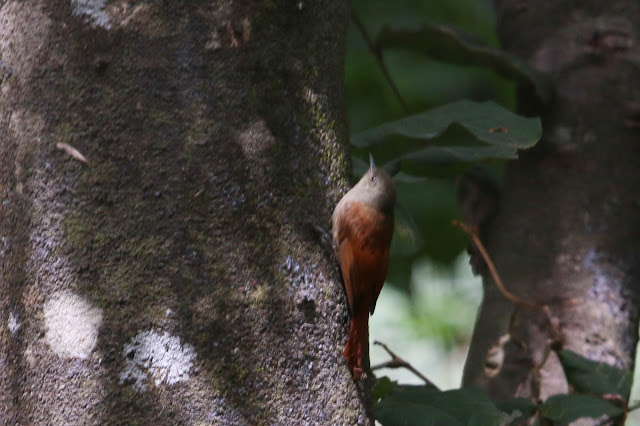 Around the lake there were plenty of great birds, ripe for the picking.


Somewhere it is stated that a good place to find Orange-billed Nightingale-Thrushes is around the picnic tables.  Es verdad.


That night we stayed in a very pink motel in Barra de Navidad, the most touristy ridiculous town we visited. It was super cheap (I want to say 500 pesos?!) and we had the top floor to ourselves which included a rooftop patio and a dead armadillo. After securing booze at the Oxxo where I was offered both blow and weed, we settled in to watch an amazing scene: thousands of Barn Swallows flying in to roost just up the street. They covered powerlines and walls and ledges and windowsills.

The next morning we headed out to Playa del Oro, a favorite party spot of local teenagers.  The road leading to the beach was a good one.

From the beach we were able to scope Red-billed Tropicbirds, Black and Common Terns, and Brown Boobies.  It was warm and the ocean looked deceptively soothing.  Frank and Dan both wanted to get up in there. 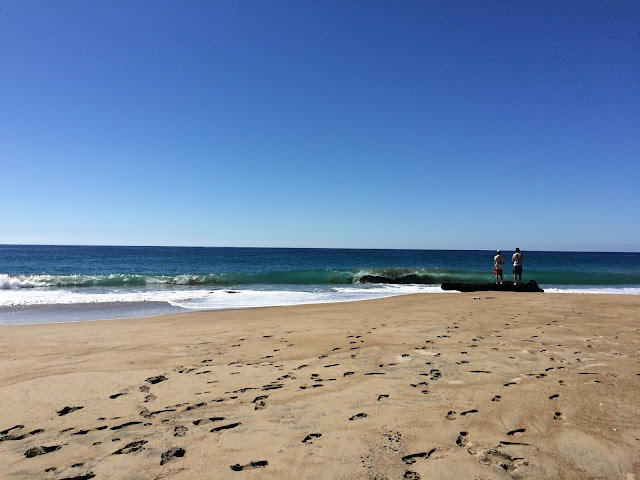 I won't speak of the events that transpired following this photo except to say that Steve had to take over driving responsibilities and Frank became Hank. 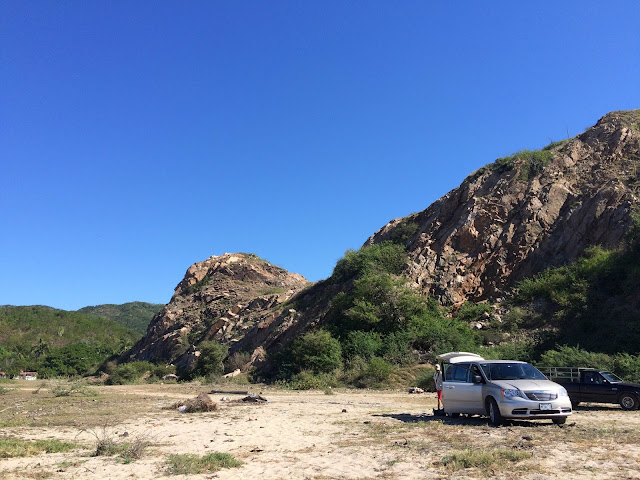 There it is.  The Chrysler.  A Mexican miracle occurred upon returning the chrysler to the rental agency:  they only charged us $80 for damages.  And none of that was from the car I sideswiped that first night when I was still allowed to drive.

We left the beach and headed back along the entrance road, stopping where Dan had seen a Golden-crowned Emerald earlier.  This was a bird Frank had also secured when no one else was around.  Amazingly, we found the emerald in exactly the place where Dan took us and we all bowed to it's fork-tailed loveliness.  No photos of course.

For lunch that day we dined with Brown Pelicans in Barra de Navidad and Caroline and I drank the only strong margaritas of the whole trip. 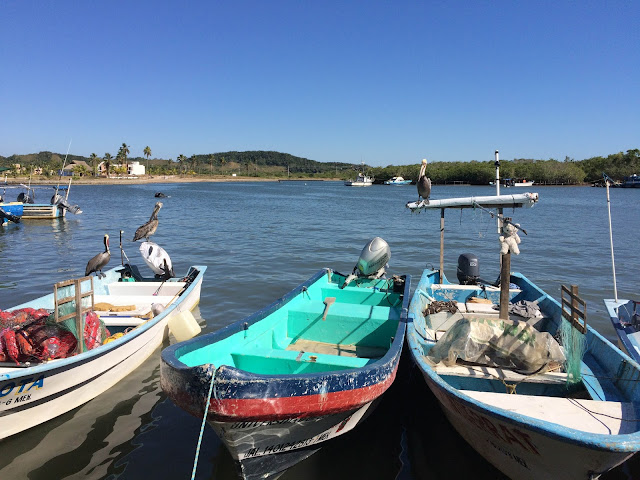