The majority of my birding lately has revolved around early morning camera-free dog walks at Mount Tabor, which is awesome but also leaves me with little blog fodder.  Last Tuesday I decided to check out a bunch of my favorite spots and hopefully snag some decent photos as well as county year birds. Success.  I began the day at Broughton Beach. 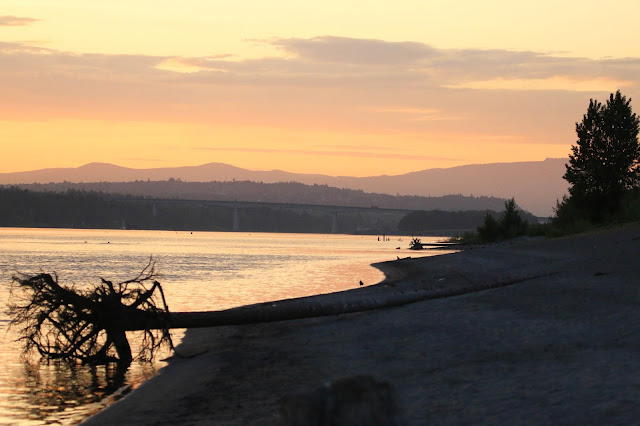 The three reported Sanderlings were lurking close to the parking lot. 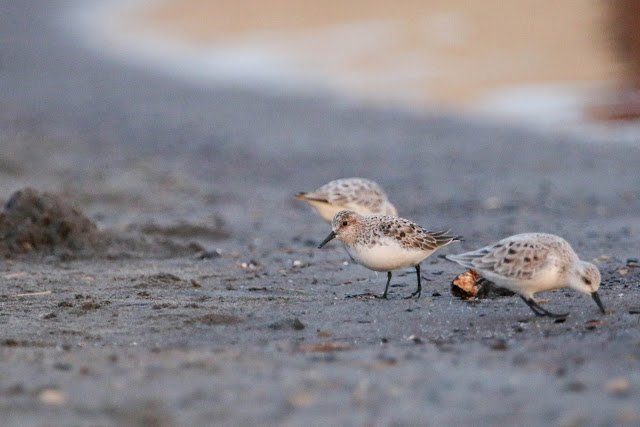 Gulls and crows were working things out in front of the sunrise. 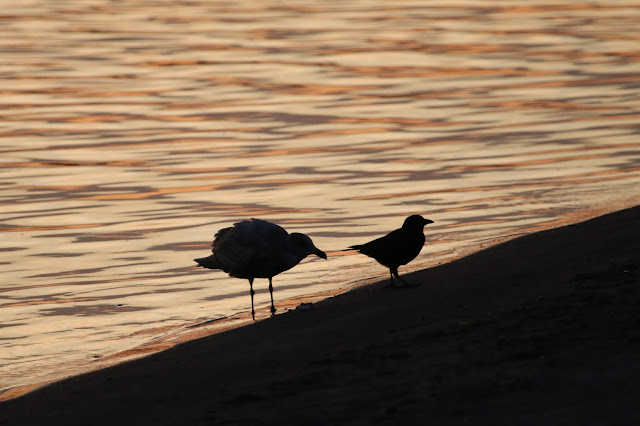 A Least Sandpiper flushed from the edge of the river and Killdeer called and called.  I was disappointed to find a new camp set up after last year's terrible scene, and later that day emailed Metro about it.  They checked it out immediately and contacted Port of Portland as it was actually on the Port's property, and it sounds like they're motivated to nip it in the bud this year.  Fingers crossed. 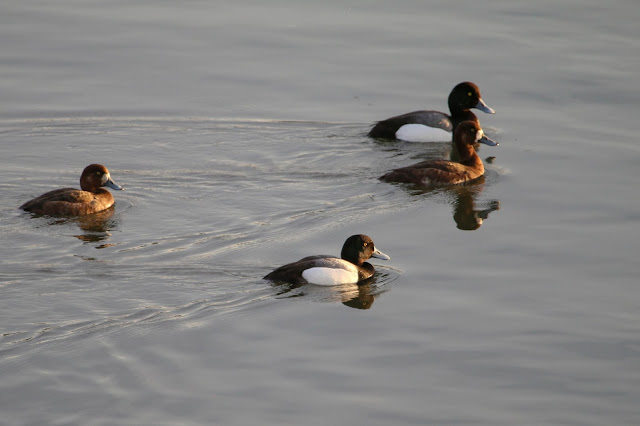 I was walking along the dirt/grass trail to Sea Scout when something flushed from ahead of me.  A Wilson's Snipe.  Freakin bizarre for this spot.  At the Sea Scout Base were a billion Cliff Swallows in addition to a couple Purple Martins.  Broughton Beach had yielded me four county year birds, not bad.

Next I drove over to Force Lake where all of the Mallards had ducklings. 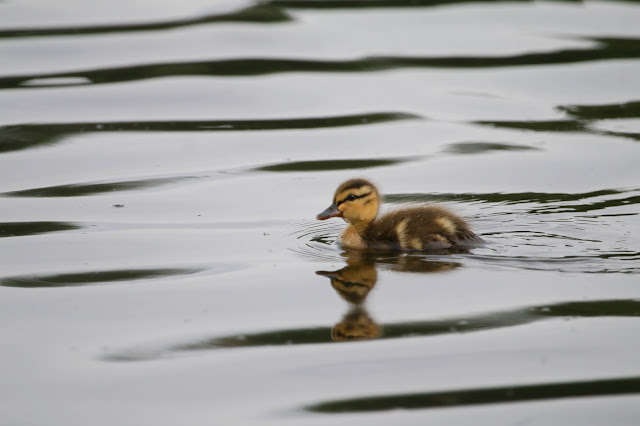 Someone had put seed out for the birds and a Mallard and Scrub-Jay shared the bounty. 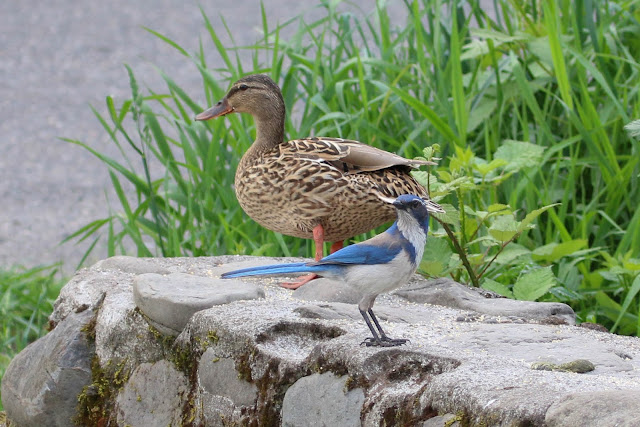 I walked out to Vanport for Yellow-headed Blackbird, then returned to Force Lake to find a Green Heron flying across the lake. 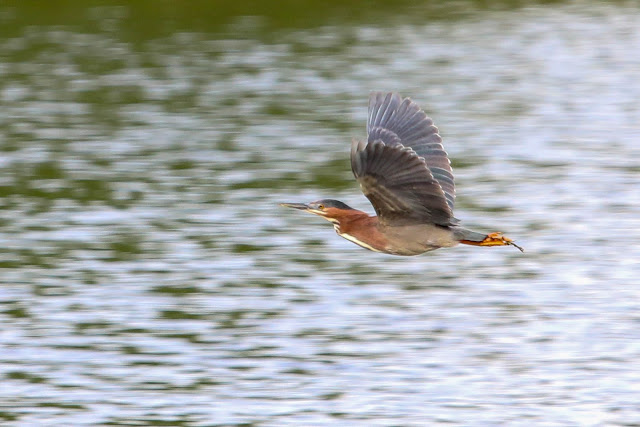 I walked the slough trail from Interstate Ave. to the "Portland Raceway Ponds" and found a couple Spotted Sandpipers and my first Black-headed Grosbeaks of the season.  The ponds are hard to view without a scope but I could see quite a few peeps out there.

That evening I had some owl plans with Audrey.  We headed to Tryon Creek to view the obnoxiously-popular Barred Owls and were amazed to find zero people.  From what I hear, most days this area is a complete circus, but on this Tuesday there was no one aside from a jogger that appeared interested. 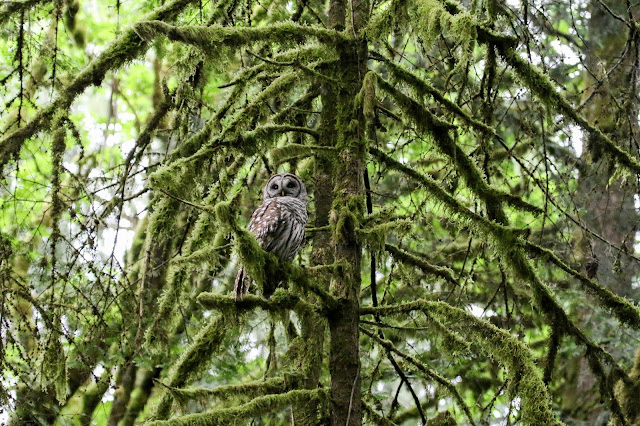 There were two adults around that eventually joined together to partake in some ridiculously adorable nuzzling, occasionally looking up at the one fledged bird that had no clue how to hang onto a branch gracefully. 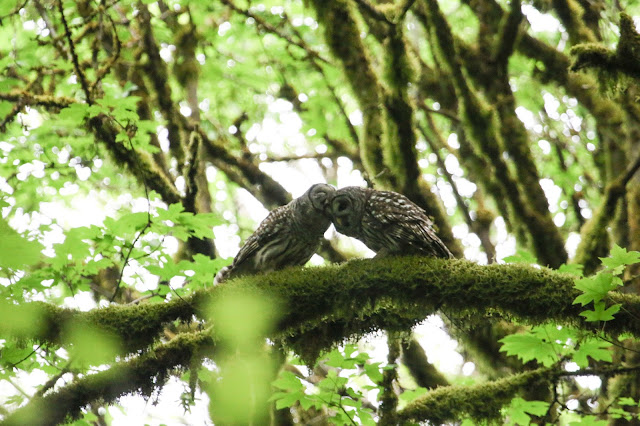 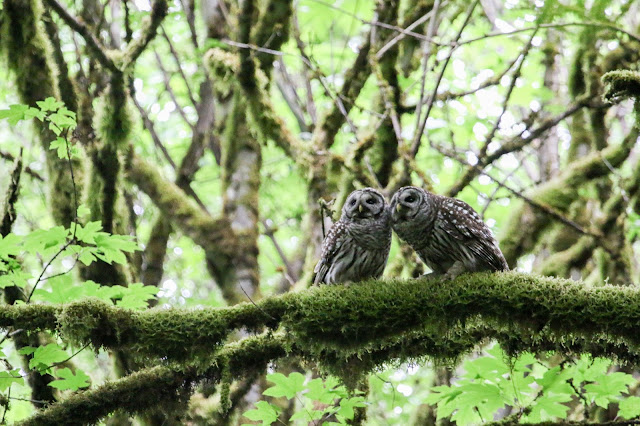 We had to pry ourselves away from the show to make it to our next owl stop of the evening, my friend/coworker's house where a Western Screech-Owl has been living.  The bird was there as planned, and allowed us great viewing. 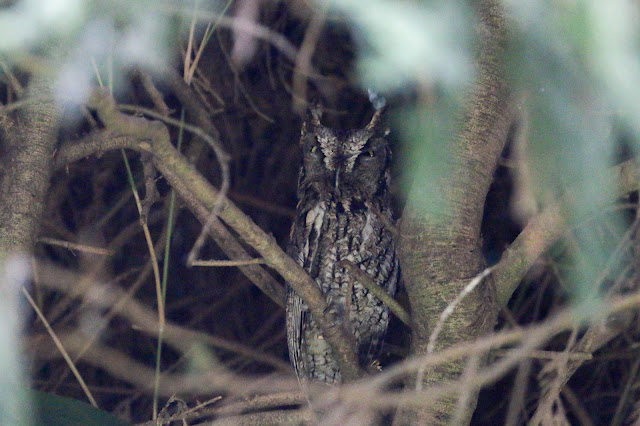 As it got darker the bird emerged from its protected area and flew up onto a branch in the open where it was way too dark for decent photos, but allowed for even more awesome views. 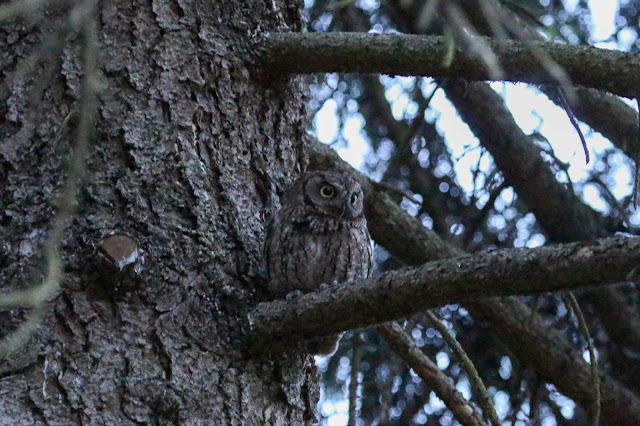 SO cool.  I think in ten years my red cedar might be tall enough to attract a screech-owl.  Maybe.

In other news I finally brought my camera in for a cleaning because all the spots are killing my bug macros.  I'll have it back on Tuesday but until then nothing cool better show up! 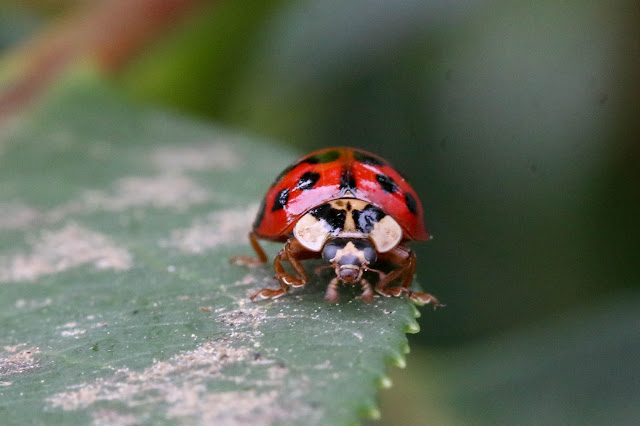