on July 11, 2016
I managed to nab the last room at the Maltana Motel in the old western town of Malta, home to the Great Plains Dinosaur Museum and close to Bowdoin National Wildlife Refuge.  The woman at the front desk kept asking me what my destination was, and I kept mentioning places I planned to visit in Montana, but none were good enough.  The conversation ended with her saying "so, no destination?"  Life's a journey, man, not a destination.

Along the road into Bowdoin I was searching for grouse and other chickens when I saw a family of...something...  I was crossing my fingers for grouse and I shot off a ton of photos at these terribly back-lit birds. 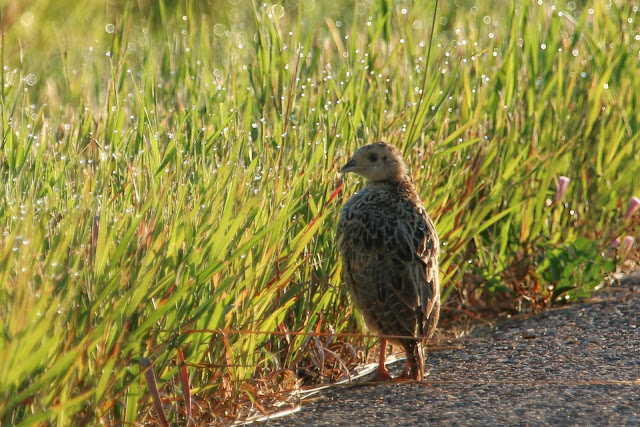 The birds took off flying or running and I eventually heard the sound I did not want to hear:  Ring-necked Pheasant.  Dammit.  I had forgotten they existed.  This proved a good lesson though because I saw four more families of pheasants at Bowdoin and I was able to recognize them as such before getting worked up that they might be something better.

This part of Montana is the showy milkweed capital of the world. 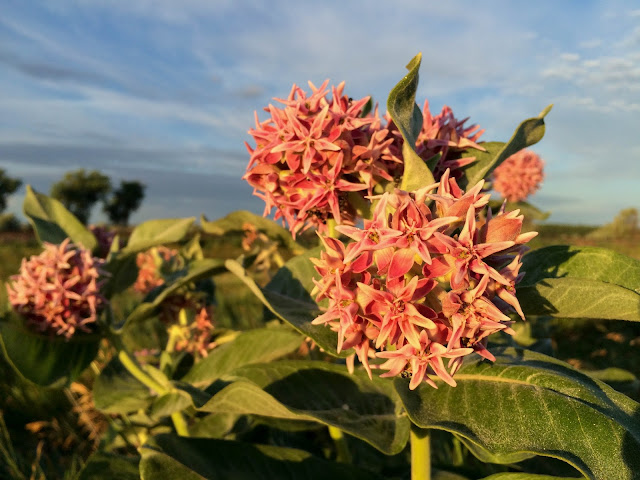 That's not true, but there is a ton of it, more than I have ever seen together.

At Bowdoin NWR I first checked out the visitor center area where a Baltimore Oriole was catching breakfast, then hopped on the auto tour. 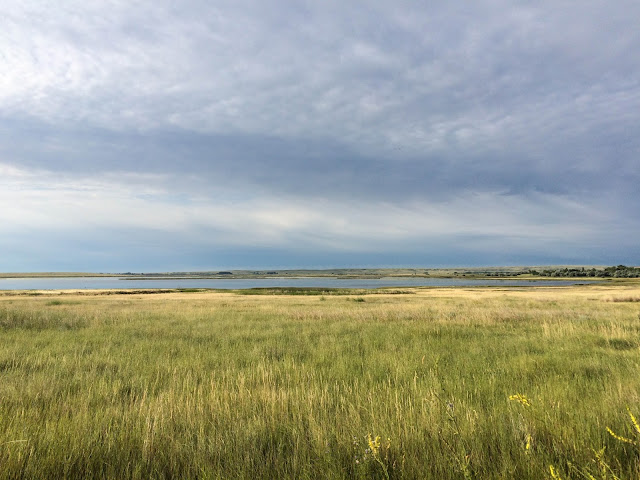 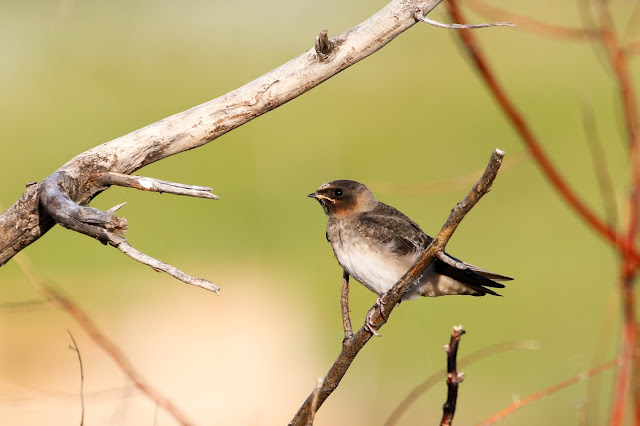 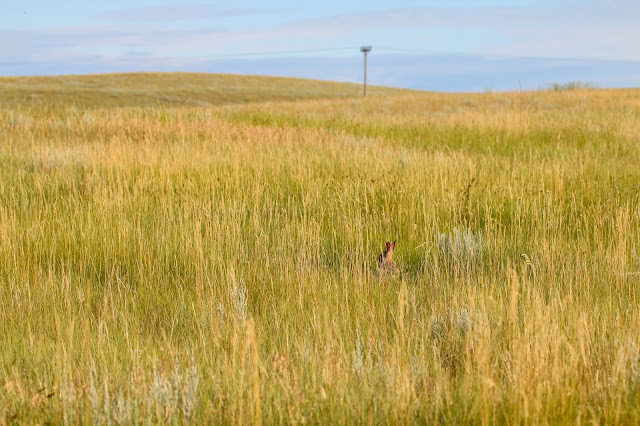 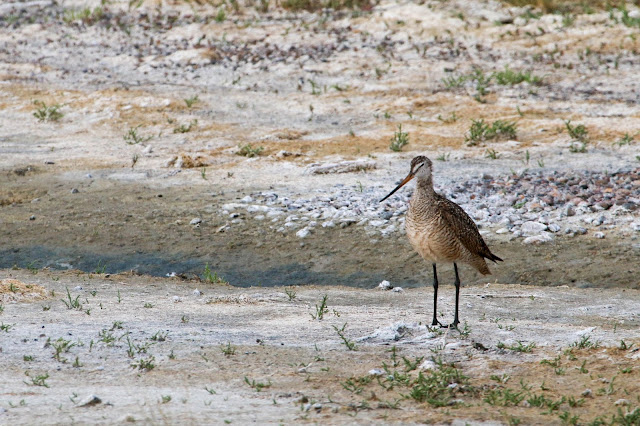 The unpleasant thing about Bowdoin was that the ducks and some other water birds were so freakin skittish it was ridiculous.  Mallards, Blue-winged Teals, ibises, pelicans.  They all wanted nothing to do with me.  Franklin's Gulls were thankfully not as concerned, nor were most shorebirds.  A couple of Black Terns even went to sleep in front of me. 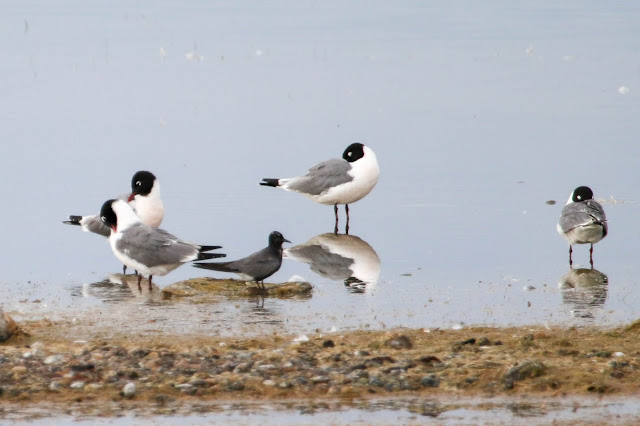 I had a couple more Upland Sandpipers here. 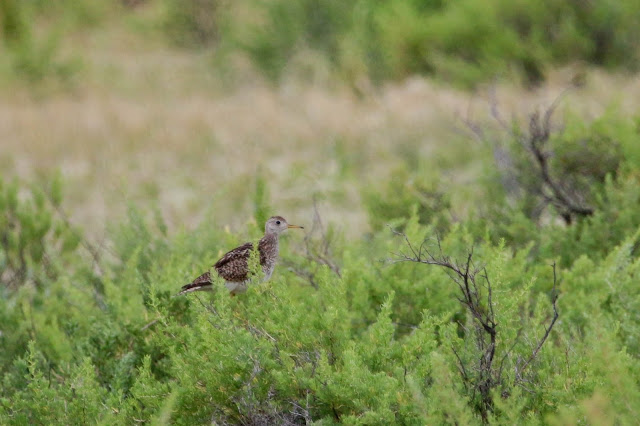 And some more birds from the auto tour: 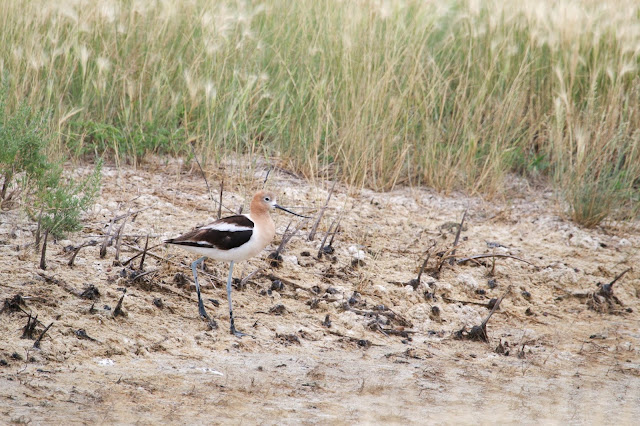 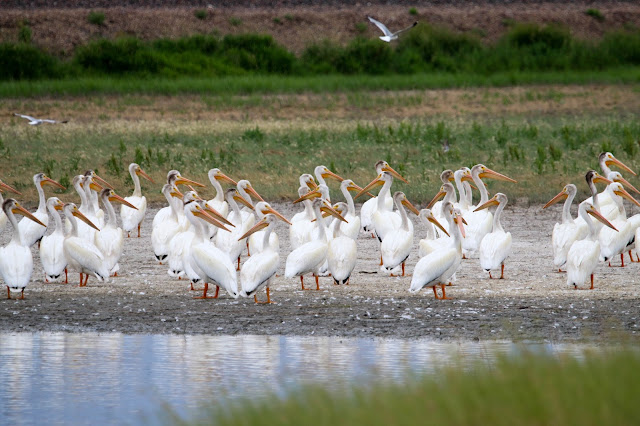 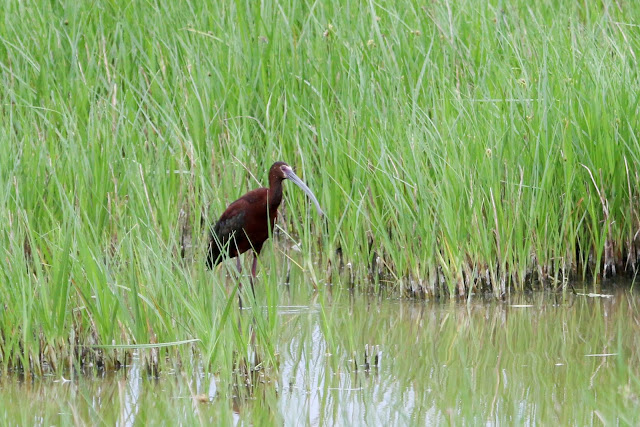 The only ibis that did not flee 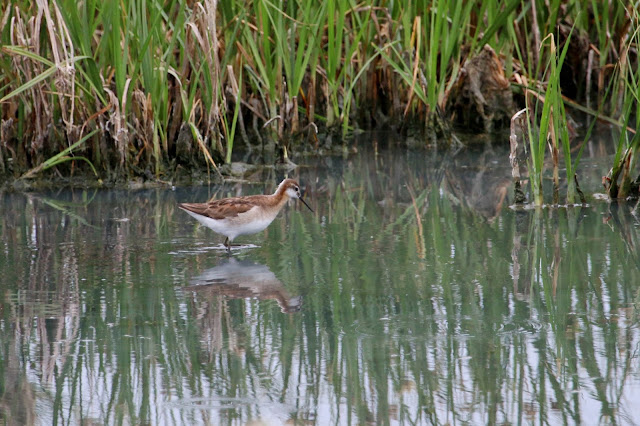 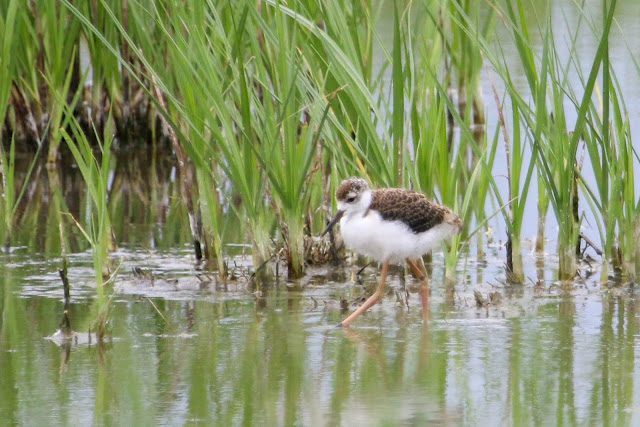 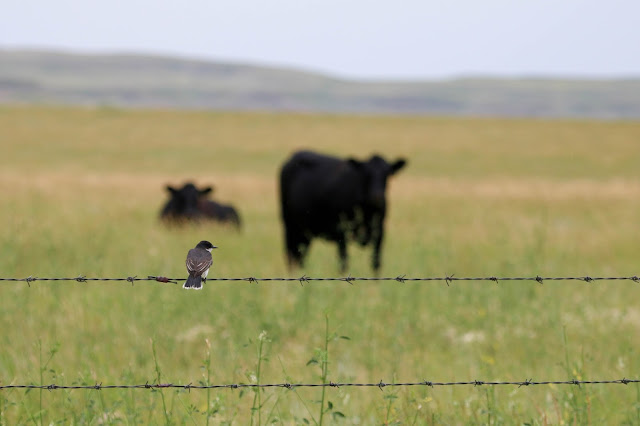 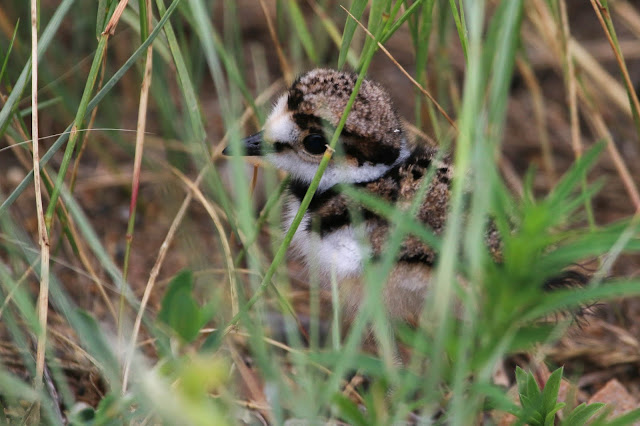 You can't see me.

Clay-colored Sparrows were extremely common here and I think this was my first time seeing them where they are supposed to be (rather than say, Troutdale). 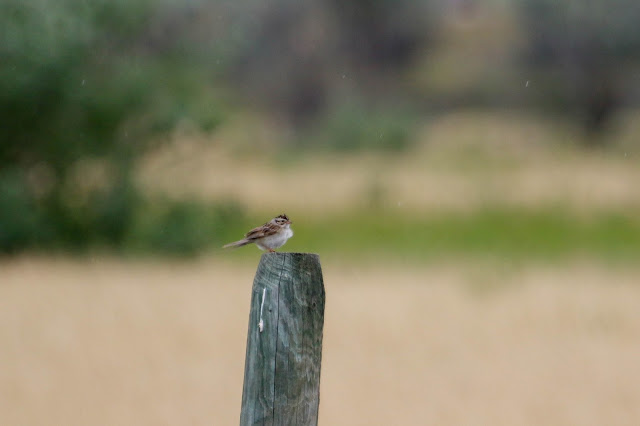 There were many other fun birds around like grackles and Brown Thrashers.  See my full eBird checklist here.

That afternoon I began to make my way to Medicine Lake in the pouring rain, and at the last minute decided I should take an extra hour or so and drive into North Dakota.  Why?  Because it was one of the last three states I had not visited.  Along the way I noticed a small raggedy white dog running along the train tracks. 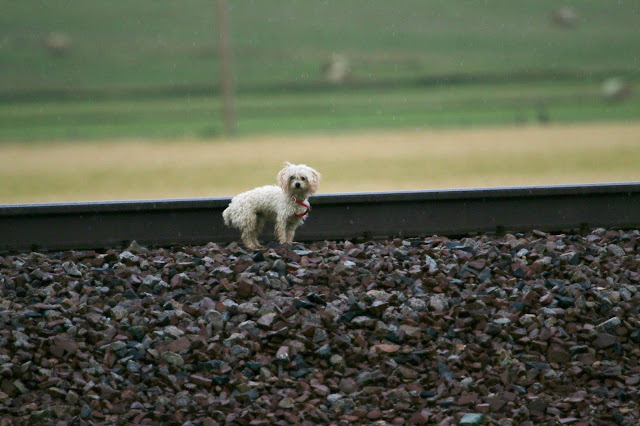 I wanted to help it, but it wanted nothing to do with me and only ran faster once I got out of the car.  Poor little dude, hope it made its way home.  As we crossed into North Dakota there was lightning flashing across the sky and thunder rumbling.  I found a park in the first town we came to and attempted to bird it in this fun weather.  The dogs found a bird... 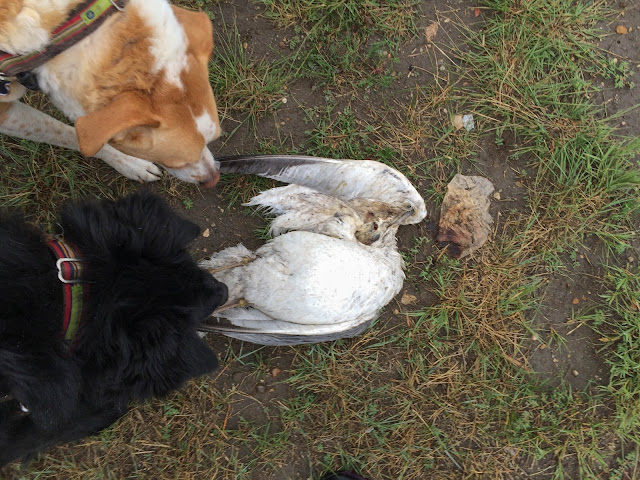 Four live Ring-billed Gulls brought my checklist up to an impressive nine species. Woohoo North Dakota.  We retreated back to Montana where the rain calmed down and the sun came out by the time we reached the one motel in Plentywood, about 15 miles south of the Canada border.

One last note about motels... I had been planning on a longer trip, sleeping in my car or camping where possible.  As it turned out, the high plains of northeast Montana are not really conducive to this sort of thing.  I couldn't find roads where I felt safe just parking and sleeping and camping was not a thing here.  This brought up the cost of the trip, and I opted to spend only one night places rather than the planned two nights.  Bleh. 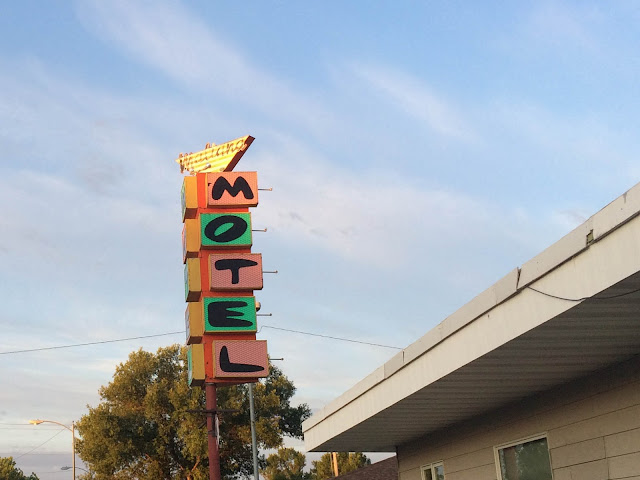