on July 09, 2016
When planning for this Montana trip I asked a local birder, Dave Irons, for some tips as he had visited the area last year.  He told me about a road out of the small town of Harlowton that was fantastic grassland birding, so I arrived there at 6 a.m. one morning ready for the action. 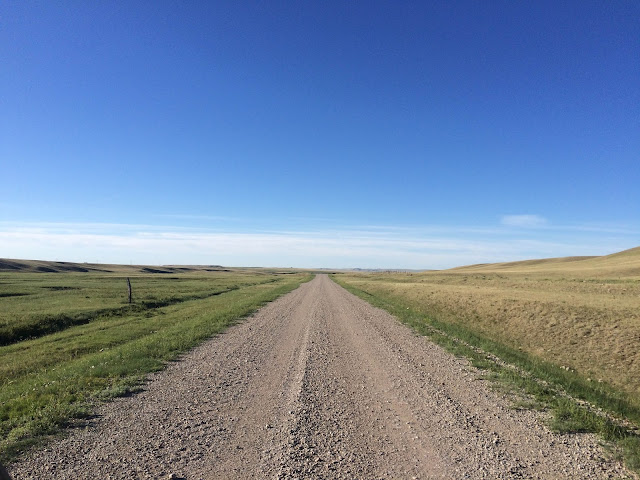 Right off the bat, my lifer Upland Sandpiper was posted up waiting to be crushed. 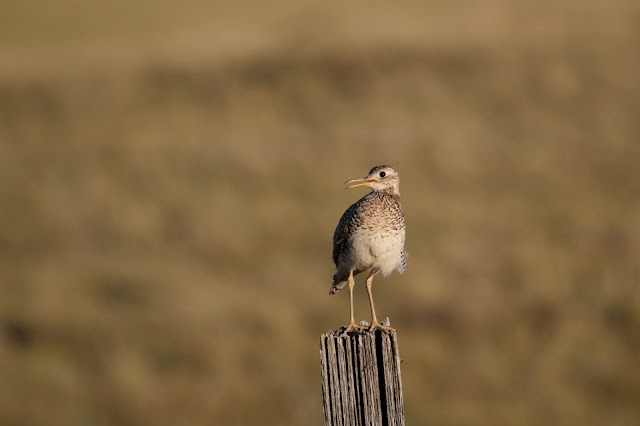 Things only got better and better.  McCown's Longspurs began appearing in the road amid the mess of Horned Larks, meadowlarks, Vesper Sparrows, and ground squirrels. 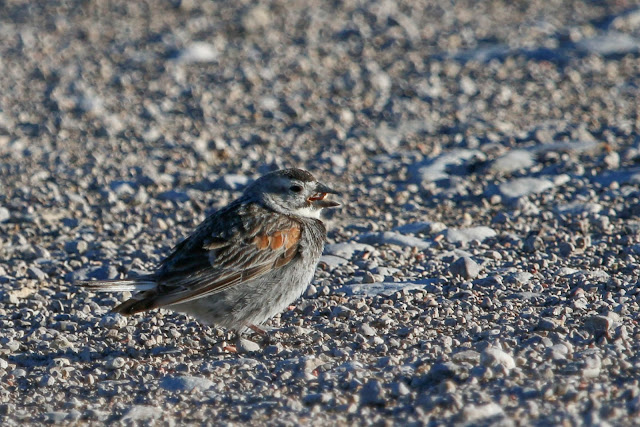 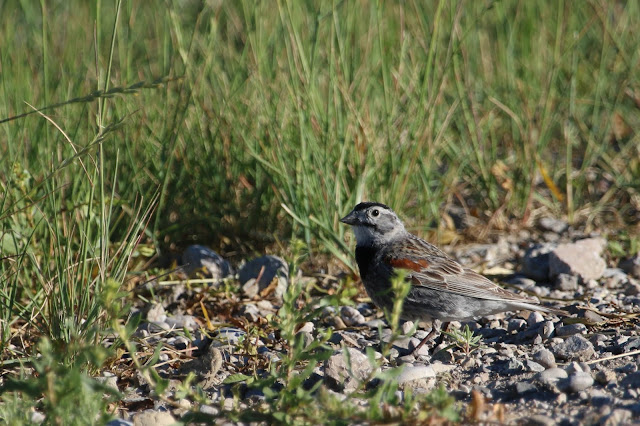 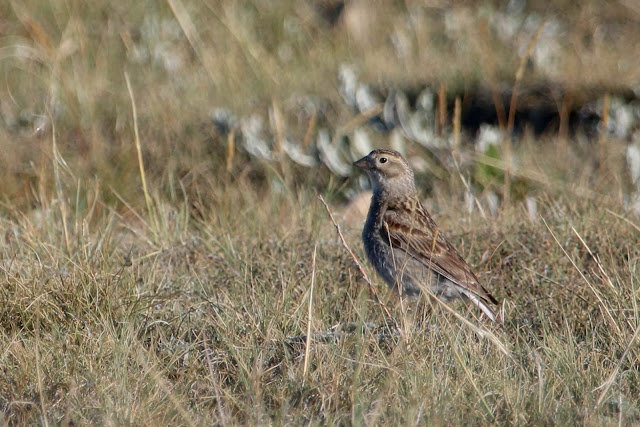 At times it was hard to drive because the road was just coated with birds.  Sigh.  As I passed a field of cows I heard a new song and discovered my lifer Lark Buntings. 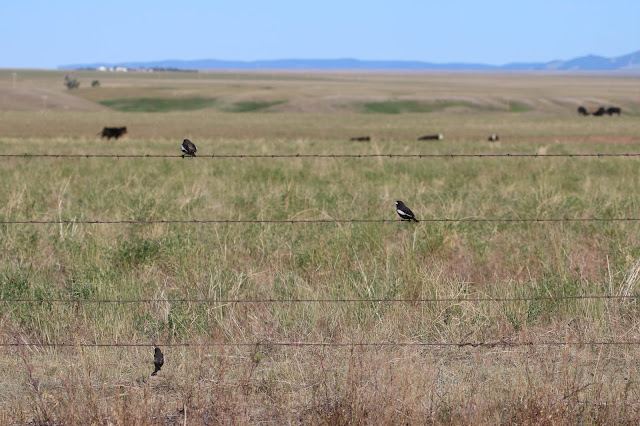 This turned out to be a very common bird in NE Montana and I became quite enamored with their noisy song and flight display. 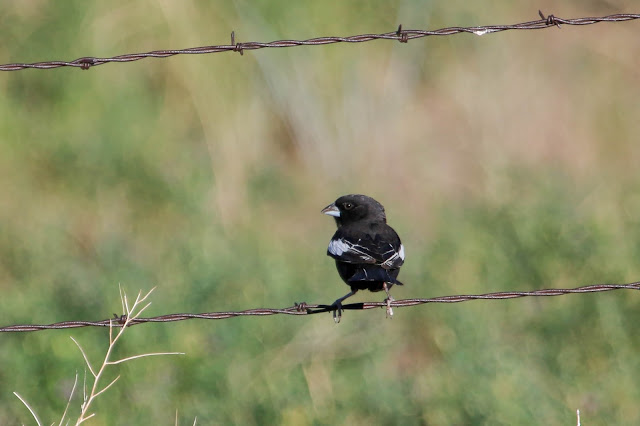 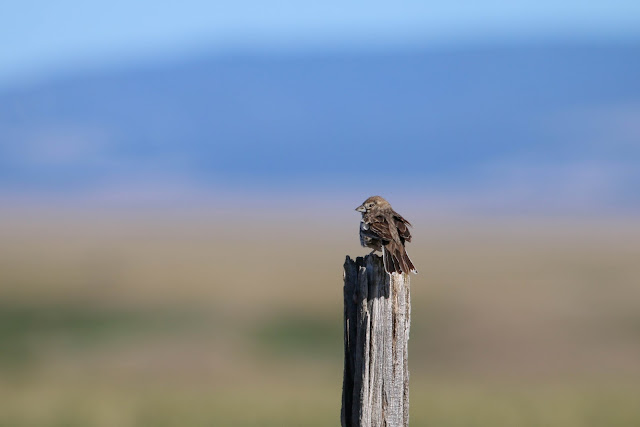 This road, and many other Montana roads, were lined with these coneflowers: 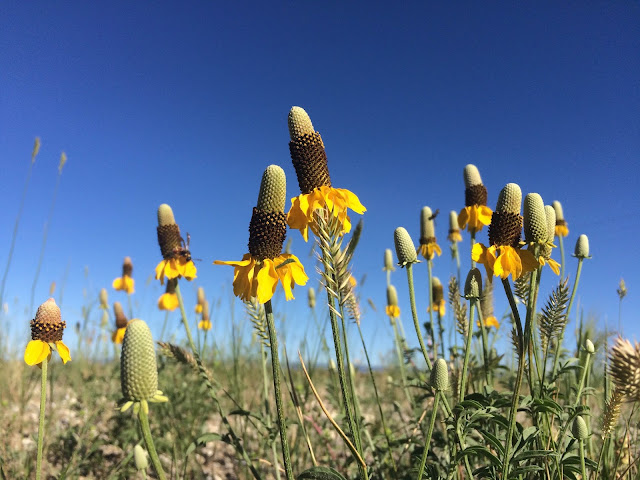 The road was also lined with ground squirrels, though I do not know which species. 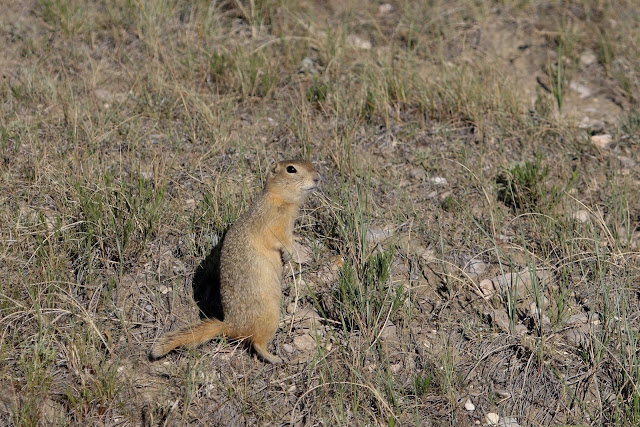 Back to birds.  Grasshopper Sparrows were ridiculously common everywhere.  So great. 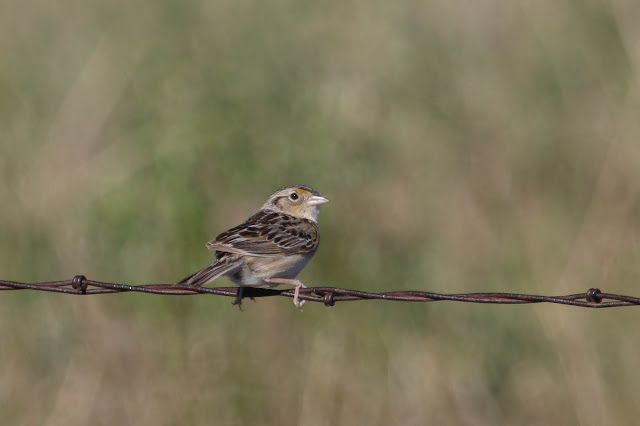 Seeing as how I had polished off all of my coffee by this point, I suddenly had to pee.  The road was definitely not a popular one so I pulled over to go right there on the side with the squirrels.  As I got out of the car I heard them:  Sprague's Pipits!  It took awhile but eventually I was able to pick one out way up in the sky as it did it's flight display. 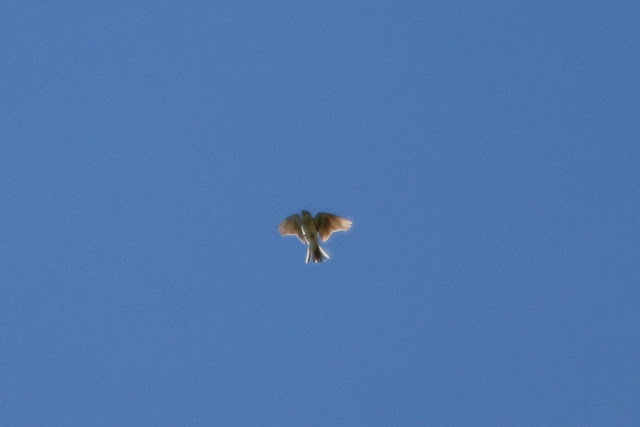 This area also had some butterflies that I think were trying to do the deed. 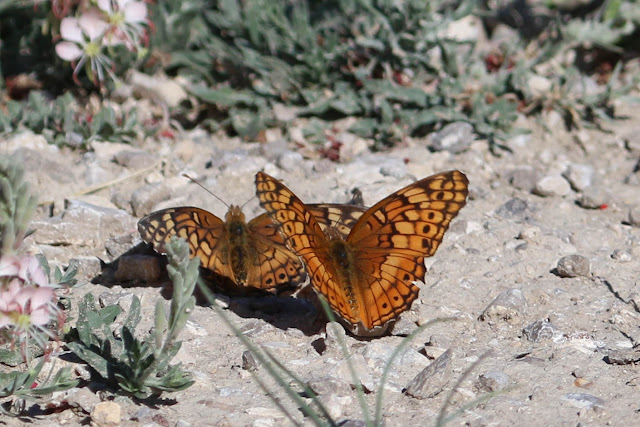 Soon after this stop I began finding Chestnut-collared Longspurs, yet another delightful lifer. 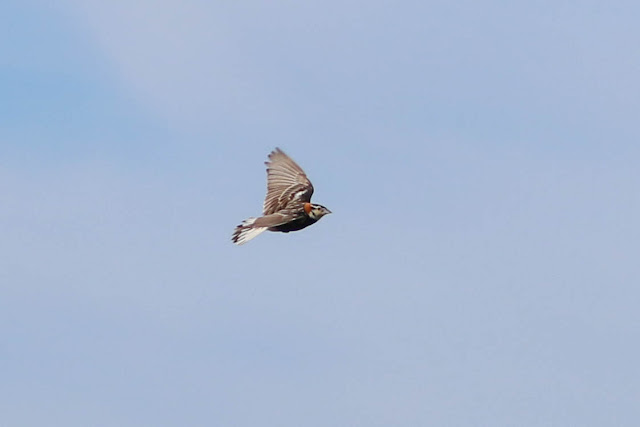 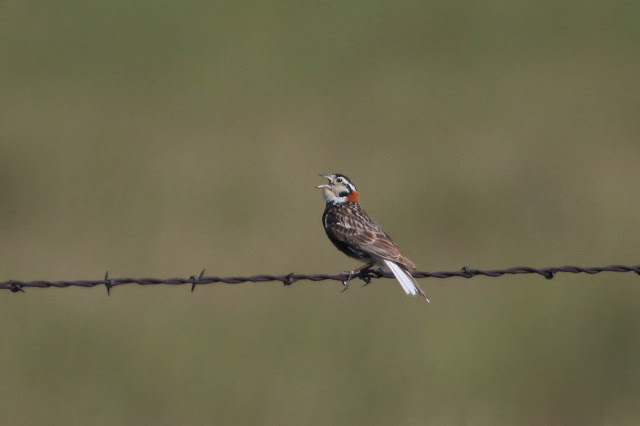 And I would feel bad leaving out the ever present Horned Lark: 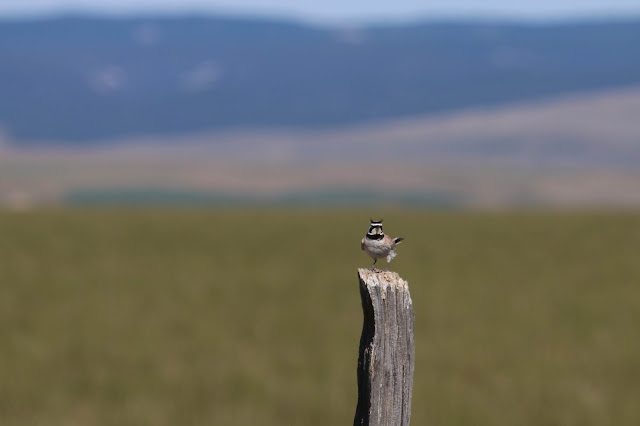 This road was amazing.  It ends just south of Judith Gap and as suggested I went on to check out Judith Gap Road.  This road was far less exciting and I ended up with little to show for it besides this Ferruginous Swainson's Hawk: 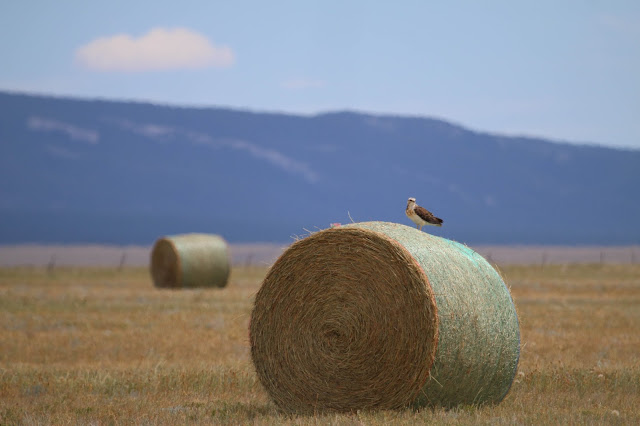 By early afternoon I was heading north to Malta for the next birding adventure, but I will never forget this amazing morning of lifers!  Here are links for my eBird checklists for the road out of Harlowton, Gap Road/12E101N and Judith Gap Road. 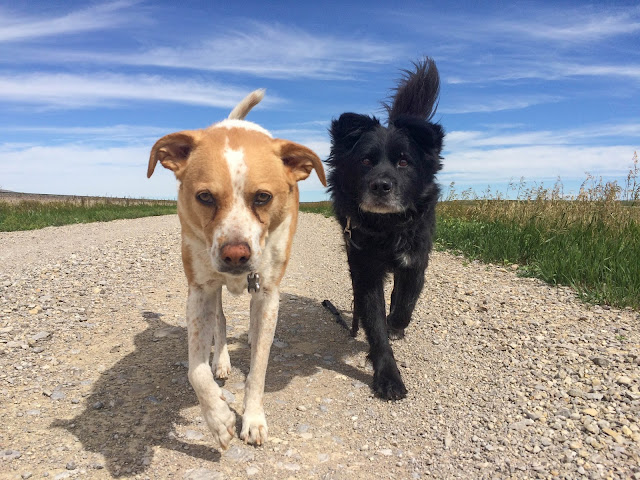