The last chapter from my Montana tour!  I arrived at Medicine Lake super early one morning and was greeted by more Lark Buntings and Chestnut-collared Longspurs along the entrance road.  I stopped to listen for more bird sounds and heard my first Baird's Sparrow but could not find that bugger. 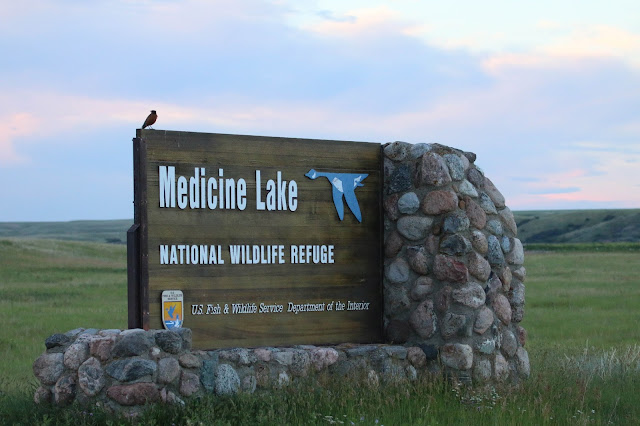 I began the wildlife drive and found an Orchard's Oriole and Gray Catbird quickly, then took a turn to a fishing spot where I finally got visuals on a couple of Baird's Sparrows. 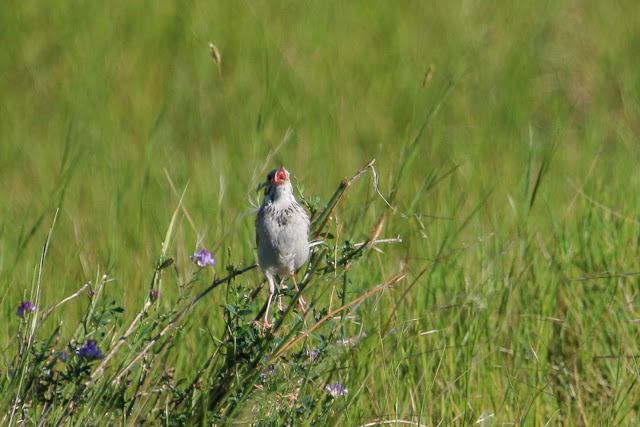 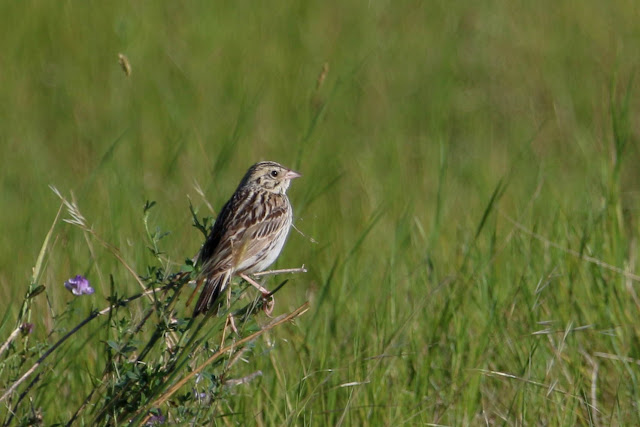 After passing through a herd of cows (which the dogs thoroughly enjoyed) I flushed a couple of Sharp-tailed Grouse!  They flew into the tall grass but I managed a few bad shots. 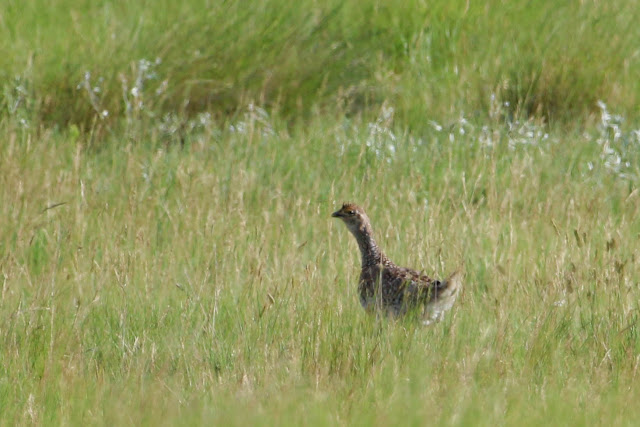 The dogs and I celebrated finding these two birds with some running around by the water, and forced posing on rocks. 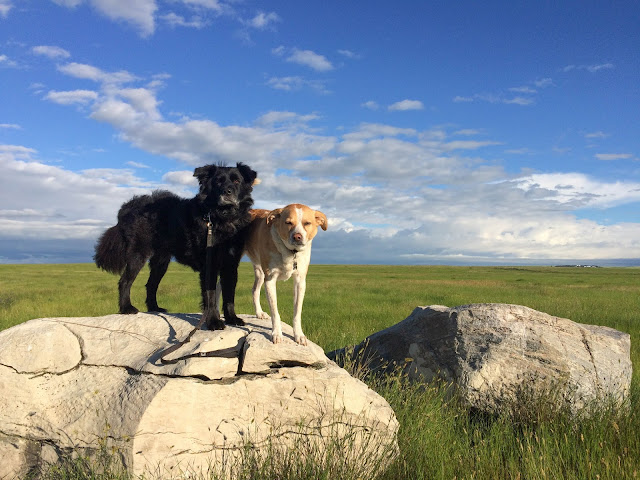 A few more birds from the refuge: 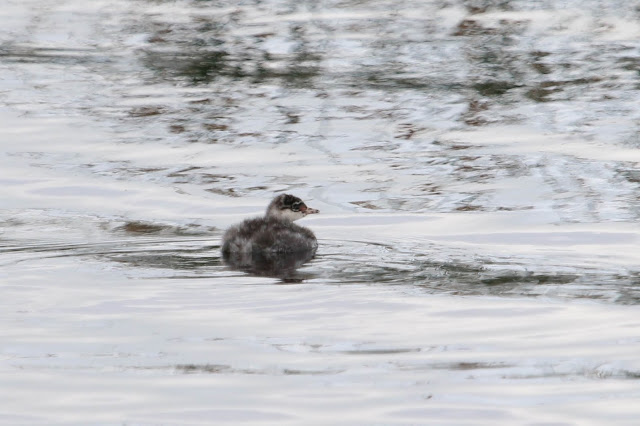 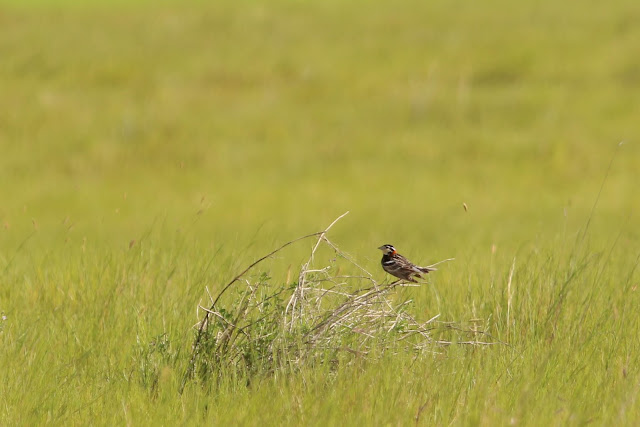 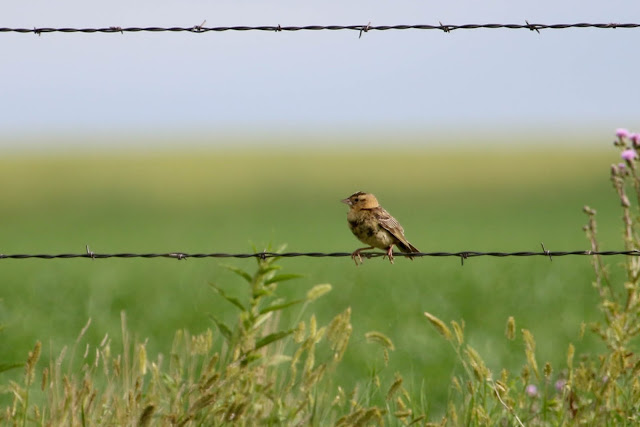 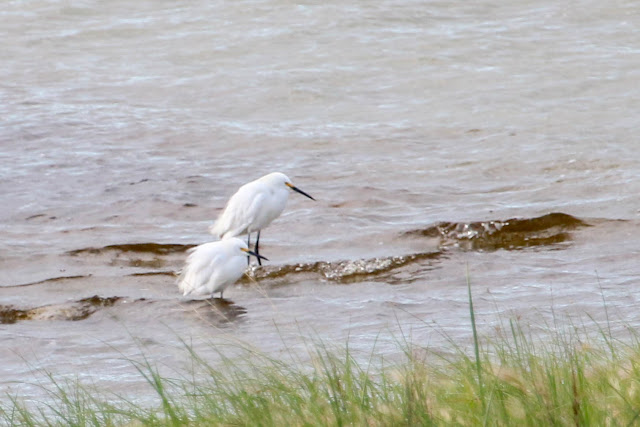 Snowy Egrets, the only "rare" bird of the trip

My eBird checklist from the morning can be found here.

The next morning I headed south to Beartooth Pass on the Montana/Wyoming border with hopes of seeing Black Rosy-finches.  This did not happen but I saw so much other stuff I did not even care.  A few days after I was there it snowed enough that the road was closed so I definitely got lucky!

I stopped at a big slope of rocks because a marmot was running around.  The marmot disappeared quickly but I noticed another little furball: 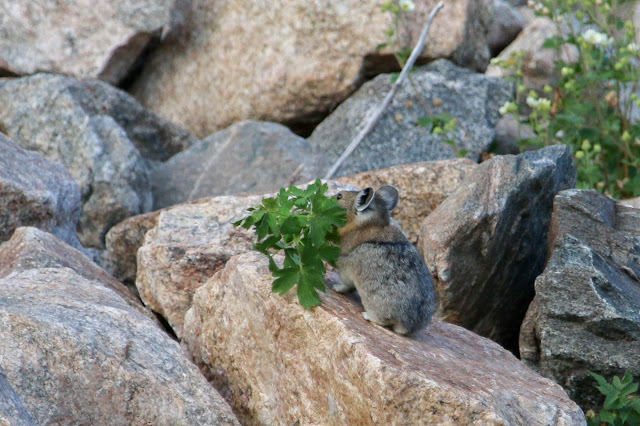 Pika!  This little dude was surprisingly tolerant of me. 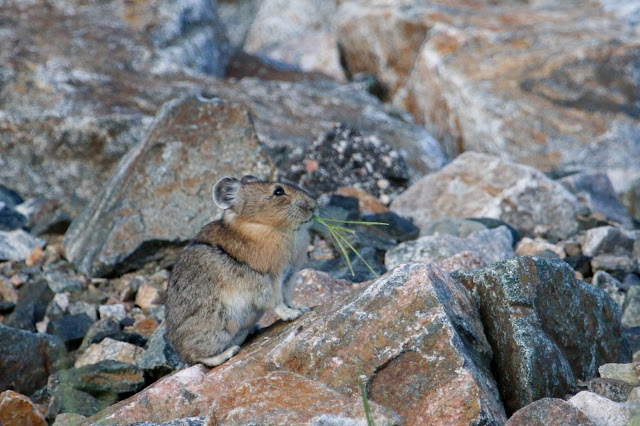 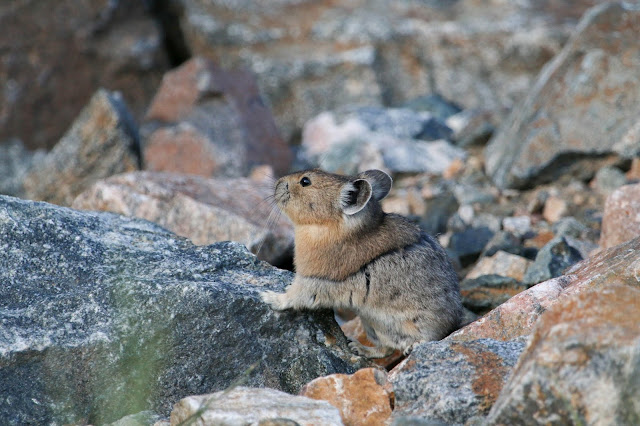 So stinkin cute.  Near the top are fantastic wildflower meadows with tons of pipits and larks. 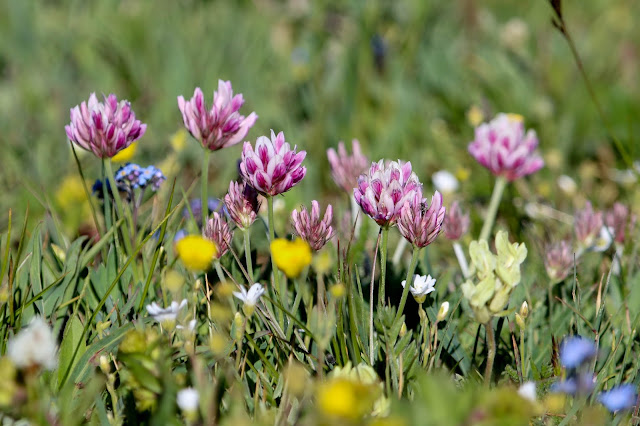 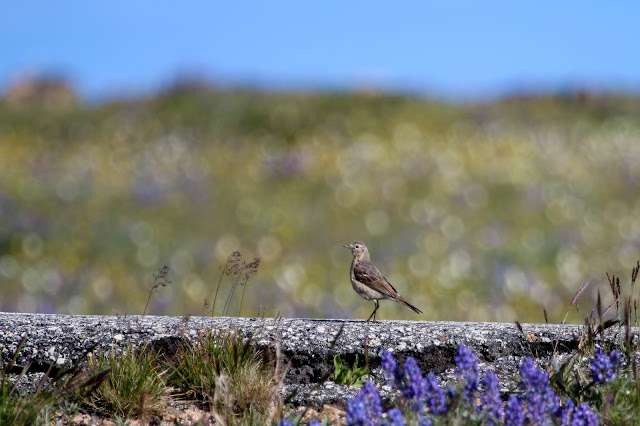 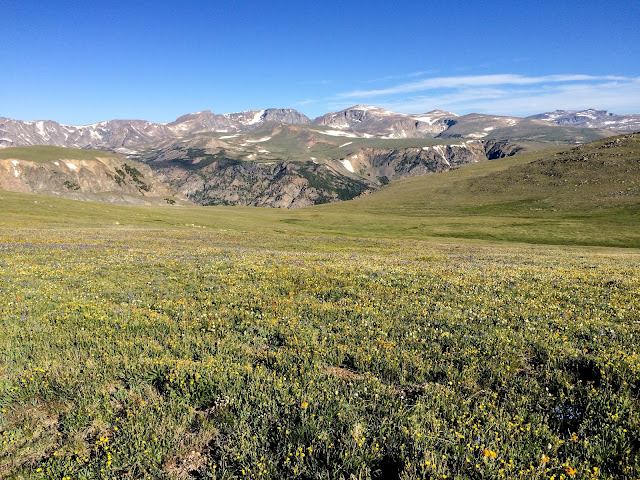 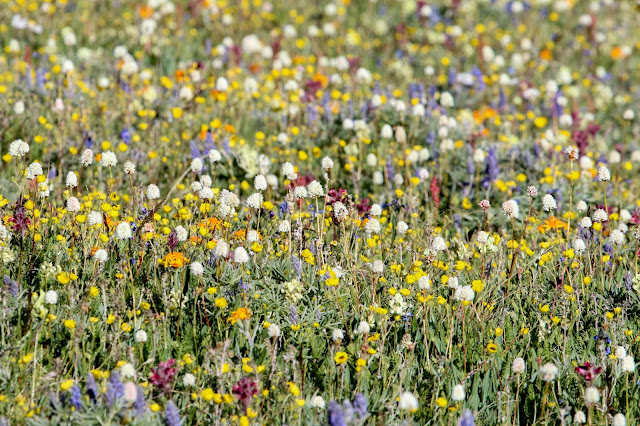 At one of the many pullouts I found a trio of yellow-bellied marmots poking around and they were more than willing to pose in front of the scenery for me. 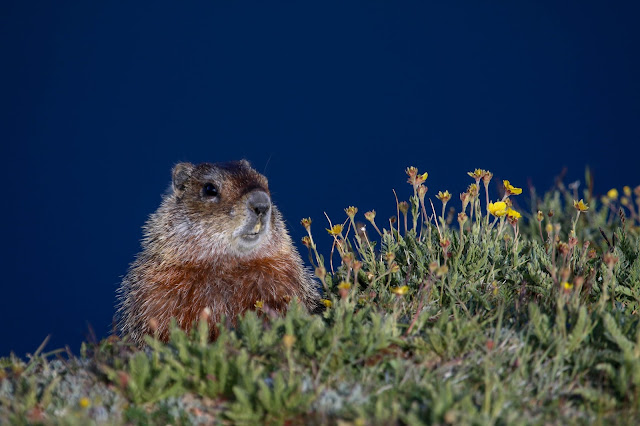 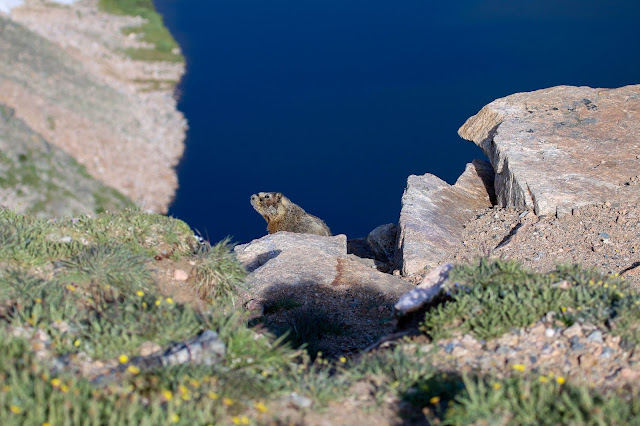 From another pullout I spotted some mountain goats out on the snow. 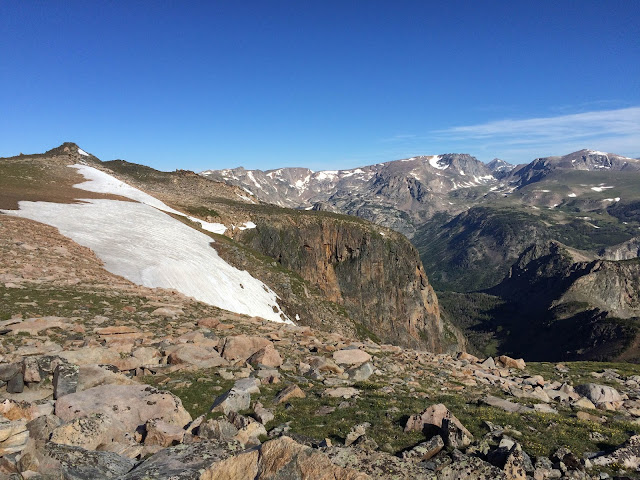 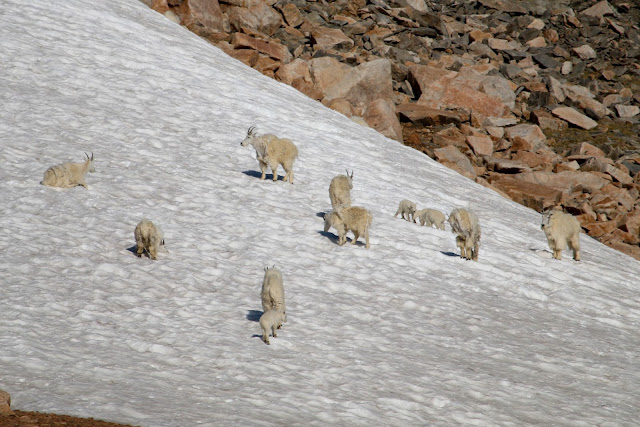 On the other side of the summit there was another group of goats, much much closer to the road. 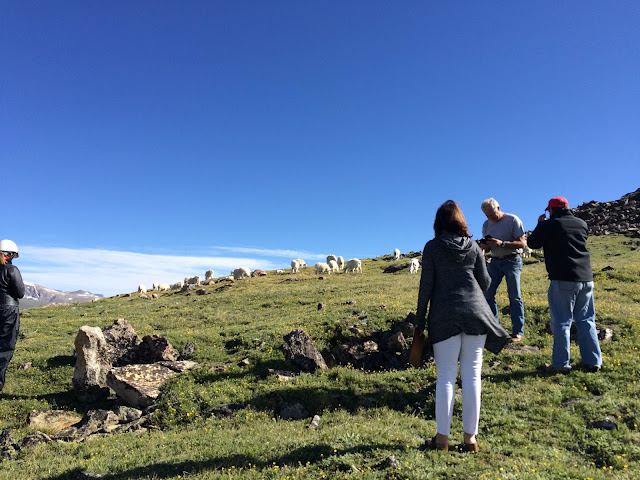 Tourist goat scene.  Motorcycle lady on left walks up and just yells "HOLY SHIT" while New York accent white pants lady on right keeps saying "Oh wow, oh wow, oh my pants, I didn't know we were getting out of the car.  This is spectacular." 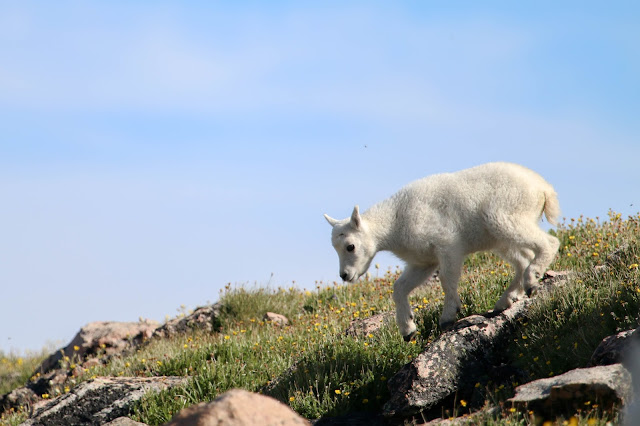 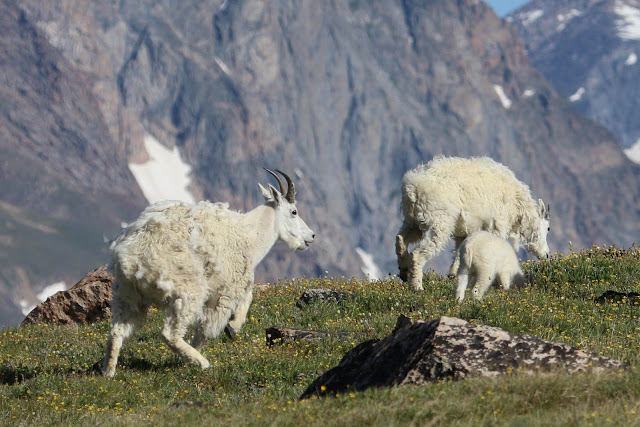 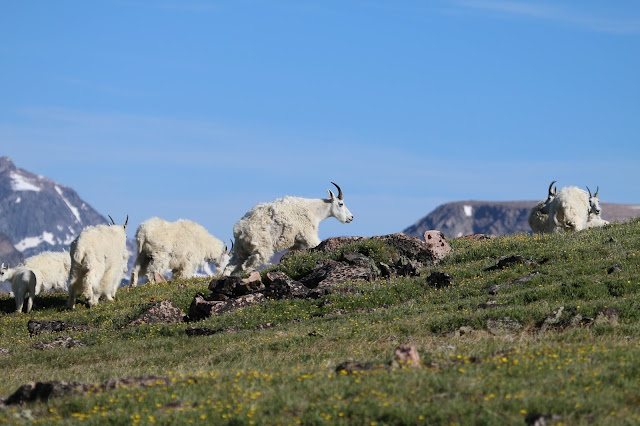 And one last critter from the pass: 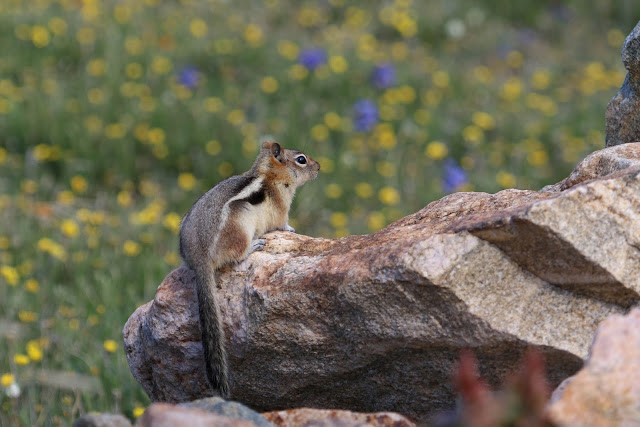 Even without the rosy-finches this was a pretty amazing place! 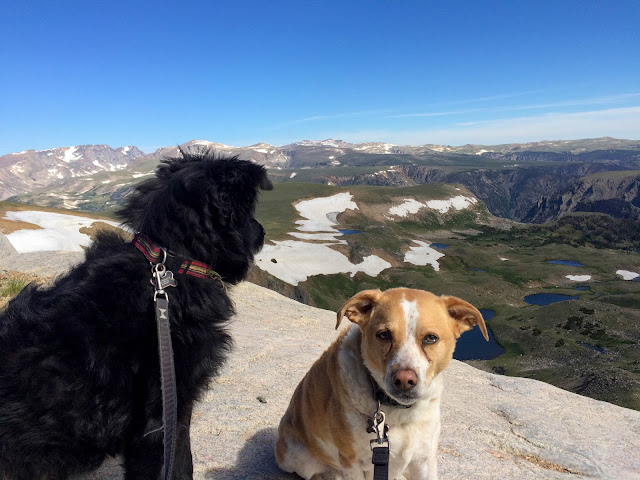