Back in October when Famous Frank was in town and we were looking for the Emperor Goose on Sauvie Island we noticed a couple of Cackling Geese with neck bands.  I don't usually bother trying to the read the tags which is stupid because it's fun to find out where the bird came from.  Thankfully Frank was dedicated to the cause and picked out one of the banded geese and photographed it. 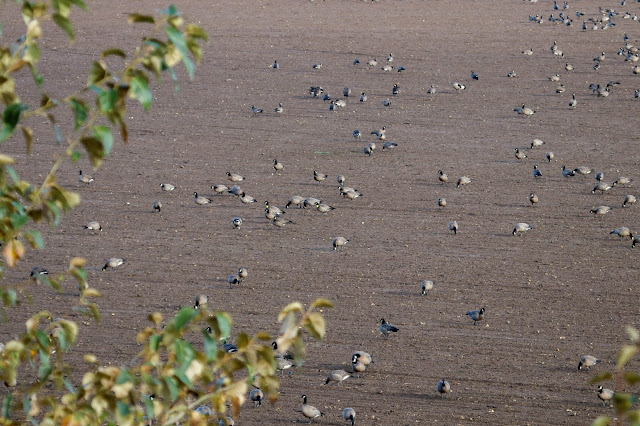 Roughly 1.5% of the Cacklers that day 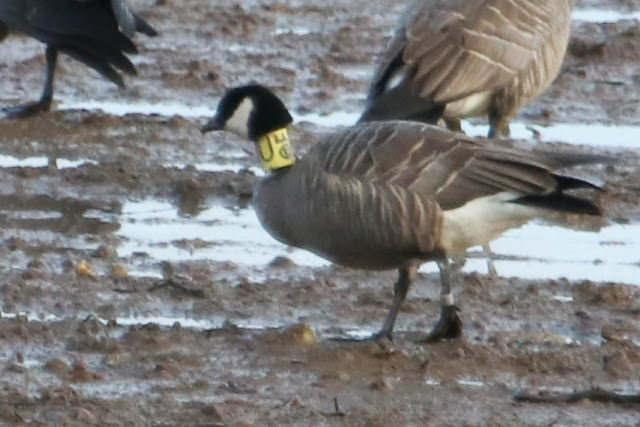 Above is the goose that I reported to the Bird Banding Lab.  They use funky symbols in their codes sometimes and this one read U @E.  Last week I received a Certificate of Appreciation with the details about the bird: 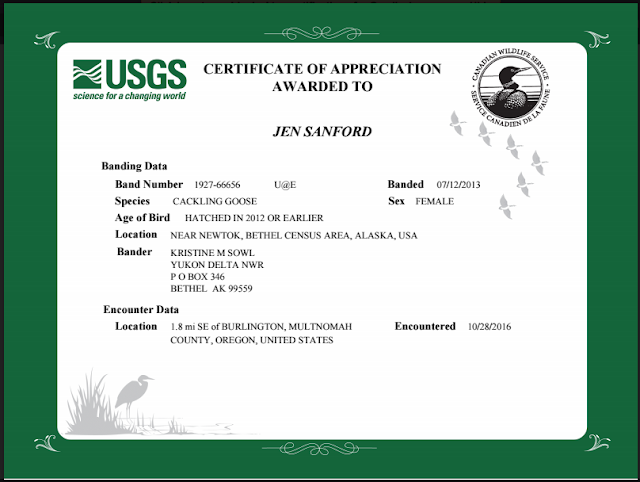 The goose was at least four years old and banded near Newtok, AK.  Google Maps shows me this is located on the Bering Sea, on the southwest coast of Alaska.  It would take 13 hours to get there on at least four planes.  Pretty cool.

The next week I was driving out on Highway 14 and stopped at the Franz Lake NWR overlook to get my Skamania County Tundra Swans.  I noticed one had a neck band and decided to report this one as well. 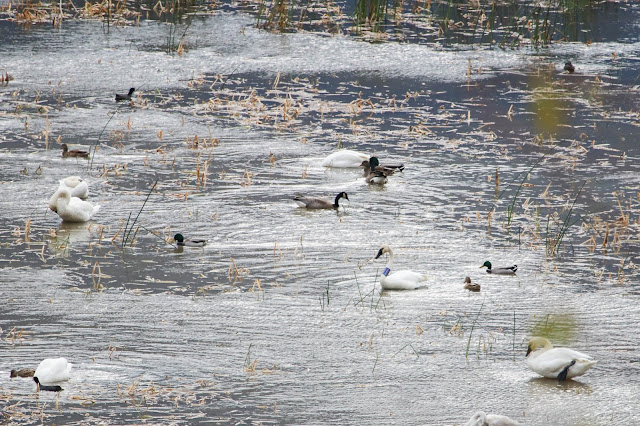 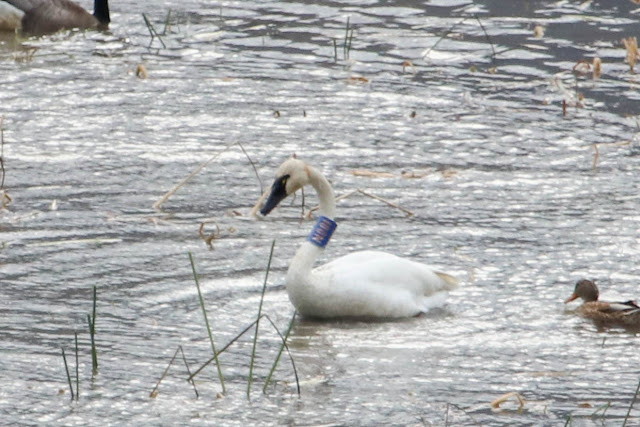 This one looked like N001 or 100N.  I received a Certificate of Appreciation last night: 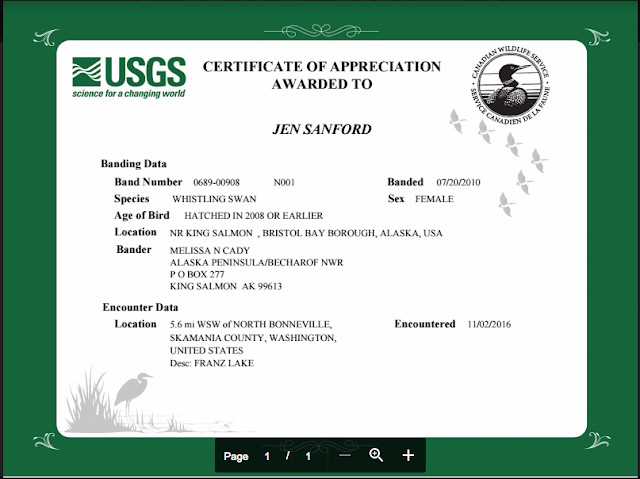 Wow!  This swan, also banded in southwestern Alaska, was at least eight years old!  According to the Cornell website, the oldest known Tundra Swan was a 23-year-old female in Ohio, though Wikipedia says the average lifespan is about ten years in the wild.

Could you imagine how differently we would look at a flock of birds if we knew the age of each as we viewed them?  A fifteen-year-old Mallard in a flock of four-year-olds would suddenly be the bird of interest, even if if it looked no different.  I could be scoping a 20-year-old Mew Gull from my living room window without ever knowing it.  Ordinary birds would become so damn interesting all of a sudden.  Weird.

Now I want to find more bands to submit!