on January 31, 2017
Thanks to our wild weather this winter I have only made it out to Gilliam to run raptor surveys twice, once in November and finally once last week.  The only thing my surveys had in common was that both times I counted exactly 26 birds, which includes hawks, eagles, falcons, and owls.  November was sunny and warmish, and began with a lovely sunrise. 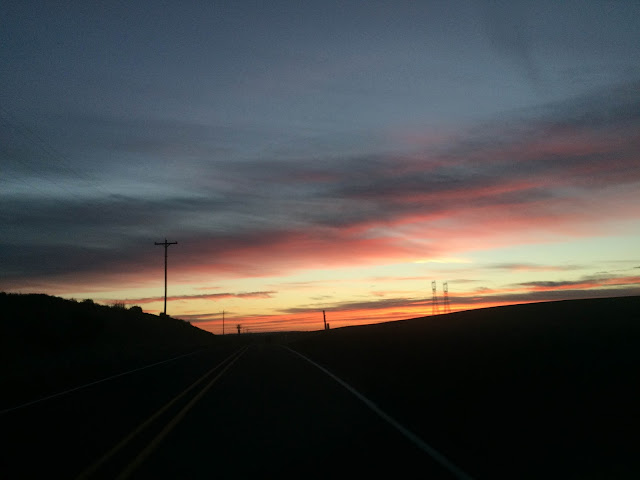 A deer that may have been in Sherman County paused to look at me, as I paused to check out its antler accessory. 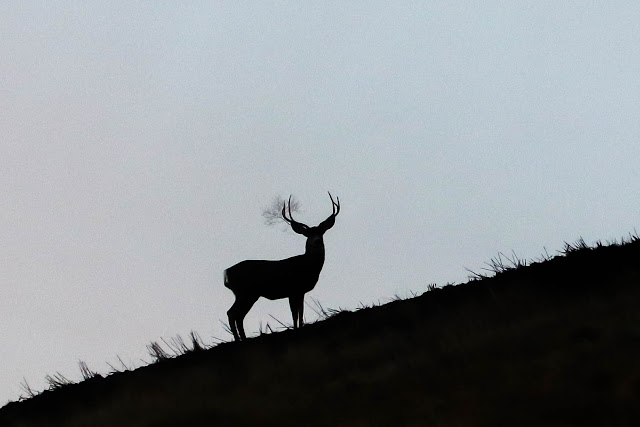 Pronghorn were the first Gilliam mammals I encountered. 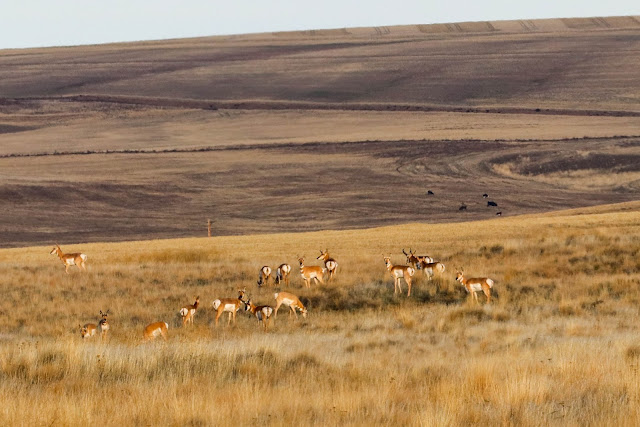 On the descent into Buttermilk Canyon I skidded in the gravel to stop for a Ferruginous Hawk perched at the top of a tree. 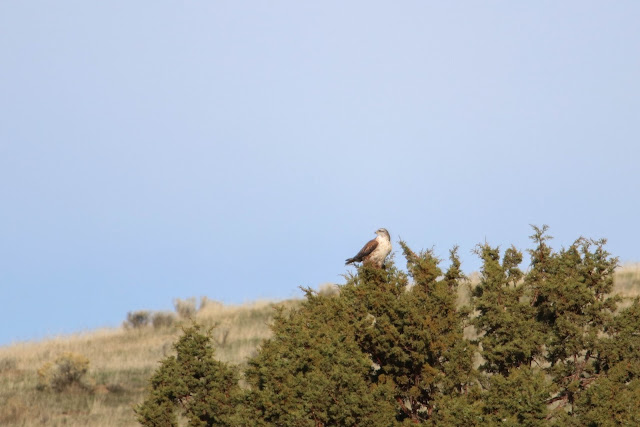 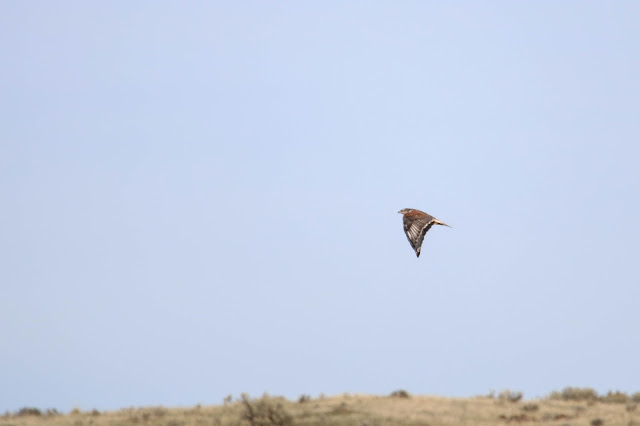 Gilliam is often thick with Mountain Bluebirds though last week I had zero. 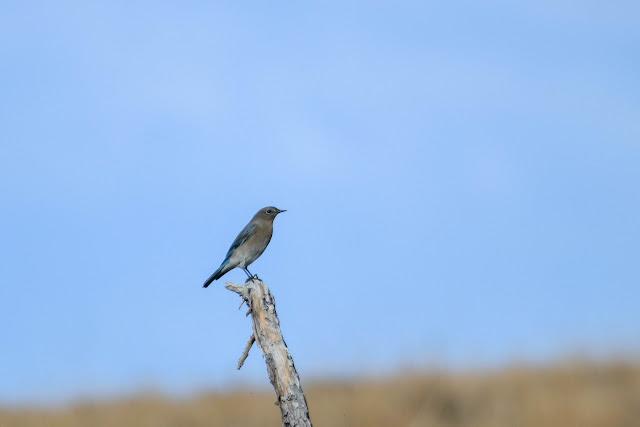 The road that ascends out of Lone Rock offers amazing views and I can never drive it without stopping and breathing in its sage-scented beauty. 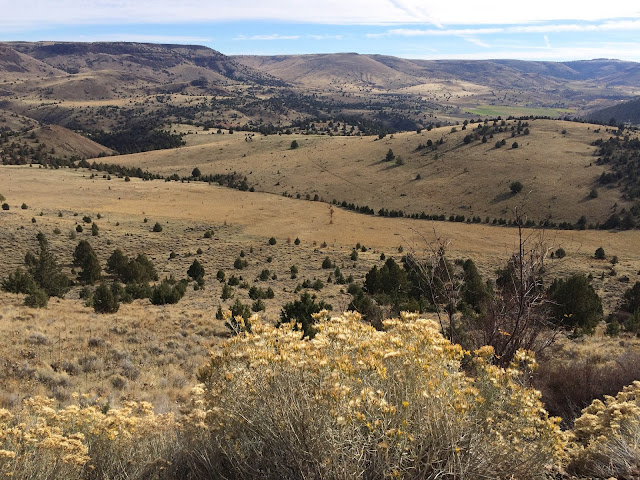 There was also a dead porcupine to poke.  The pads on their feet are my favorite.  Farther along the road I had my only Rough-legged Hawk of the day, as opposed to the eight I had last week.  Better than my bad photos of the porcupine and RLHA are my photos of the scenery along either Ramsey Canyon or Wehrli Canyon. 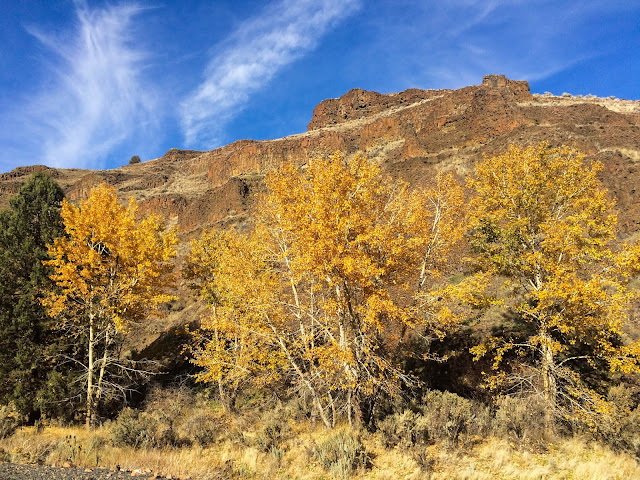 I stopped to walk the dogs here and was immediately distracted by bees.  Remember bees?  I really cannot wait for insects to be abundant again. 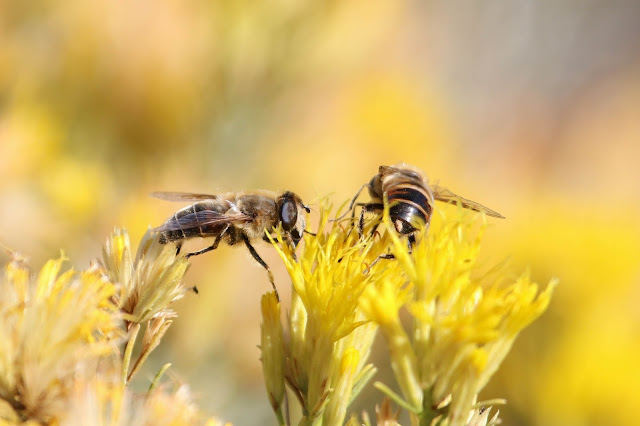 Towards the end of my route I descended down the usually spectacular Devils Butte Road/Mikkalo Road and was so sad to see the extent of wildfire damage to the area.  The hills were all black.  There had been a house, not sure if anyone lived there, but it was gone with some metal pieces left behind.  At the bottom of the road I pulled over to walk the dogs and take in the overwhelming destruction.  I got my state badger in this area and it really made me sad to think of what became of all the wildlife.

Thankfully as I was mourning a place that I really only barely knew, a Golden Eagle appeared, blending in with the burned hills behind it.  It soared around and around and gave me that little bit of hope that "maybe everything that dies someday comes back."  It gained height and soared out of sight. 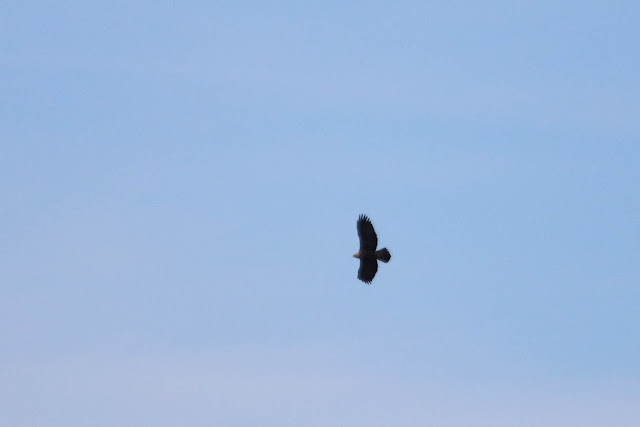 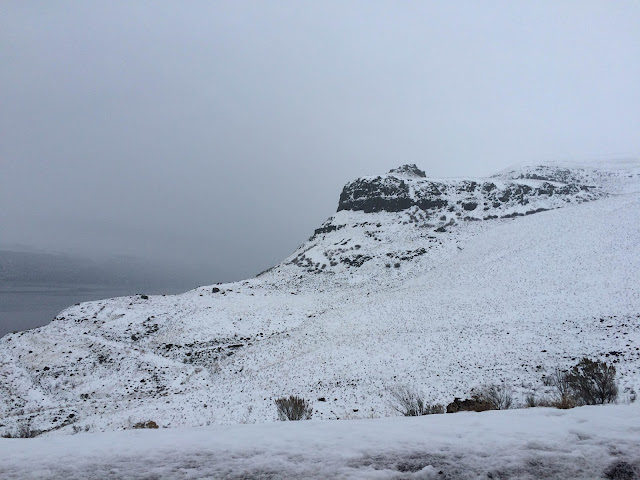 Little different.  Cold, cloudy, foggy, still covered in snow.  At times it was confusing where the land ended and the sky began. 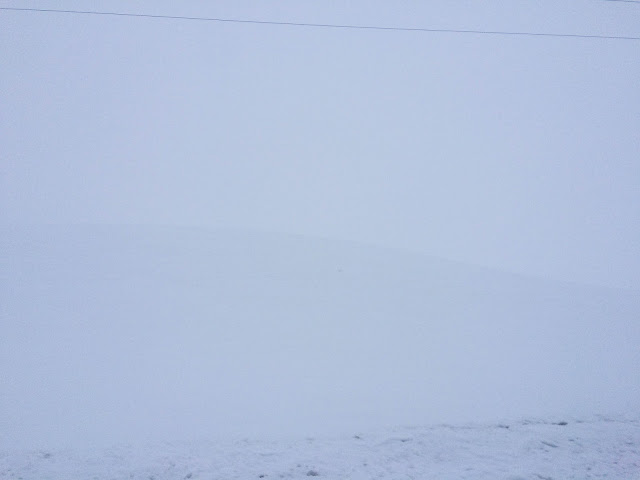 There were a few coyotes throughout the day and this one seemed the least healthy. 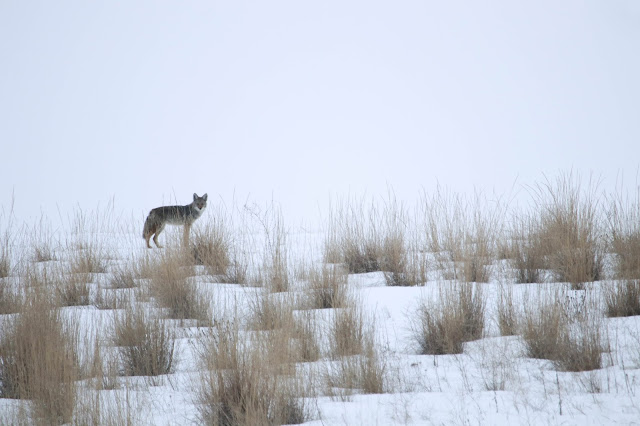 I also had a few shrikes throughout the day. 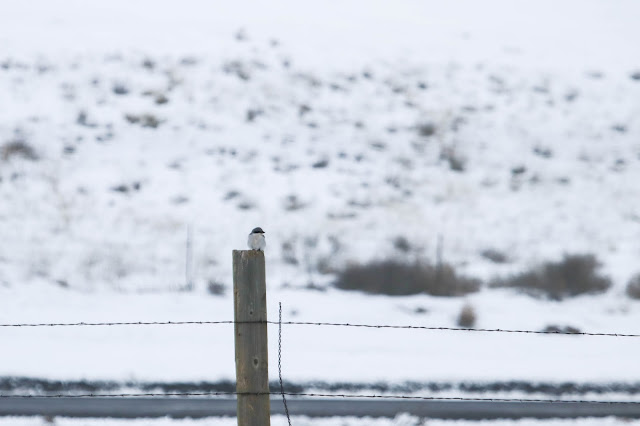 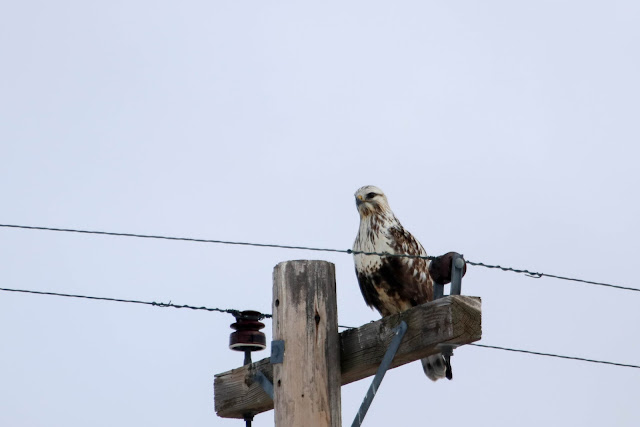 I always stop at the Four Mile Historic Site to walk the dogs and on this occasion there was part of a skull sitting on the top of the snow as if placed gently.  Strange, as there were no tracks (human or otherwise) near it. 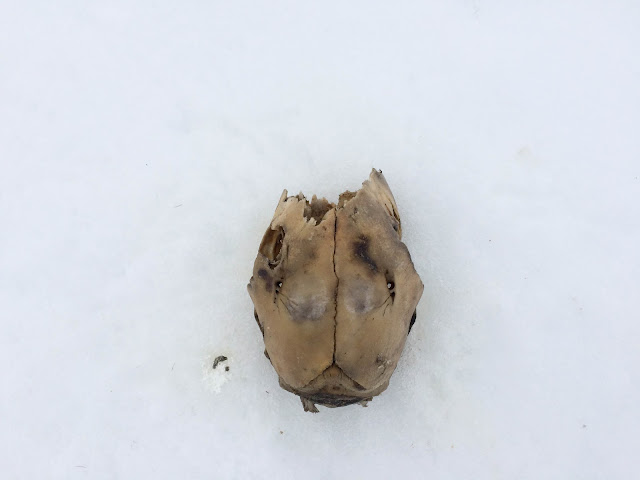 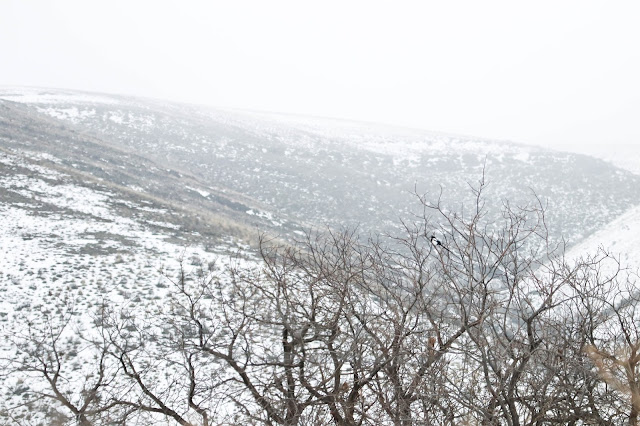 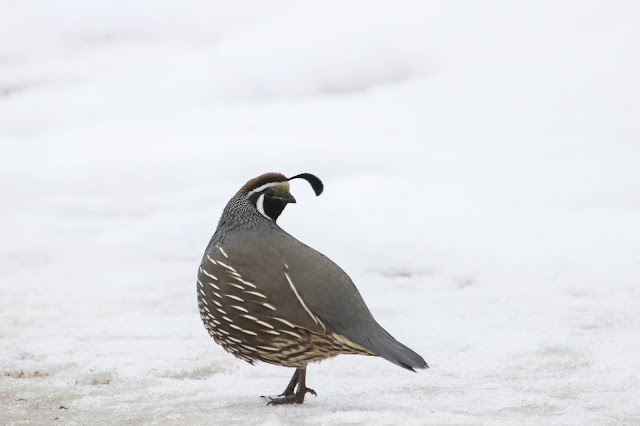 After this section of my route visibility turned to shit and the slushy/icy/muddy roads became exciting (not in a good way). 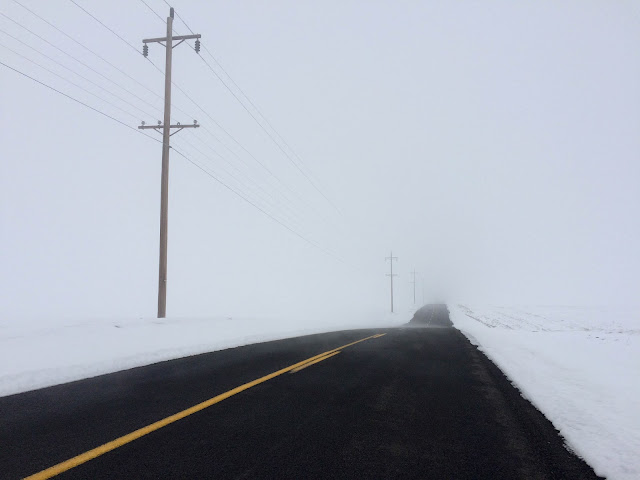 Turning around to take the proper muddy turnoff

For over fifteen miles I felt I couldn't stop for fear of getting stuck, and with all the fog there was no point in stopping anyway.  Fun fun.  Eventually I finished the route and made it back to Highway 19 to head home.

Fingers crossed that February is kinder to us all, but looking at this week's forecast has me doubting that.  And yes, that could be a metaphor.  Ugh.

On a lighter note, enjoy these answers to your bird problems as published in a 60's pamphlet cleverly called Solving Your Bird Problems.  My coworker received it as a gift from a friend, and now it is a gift to us all. 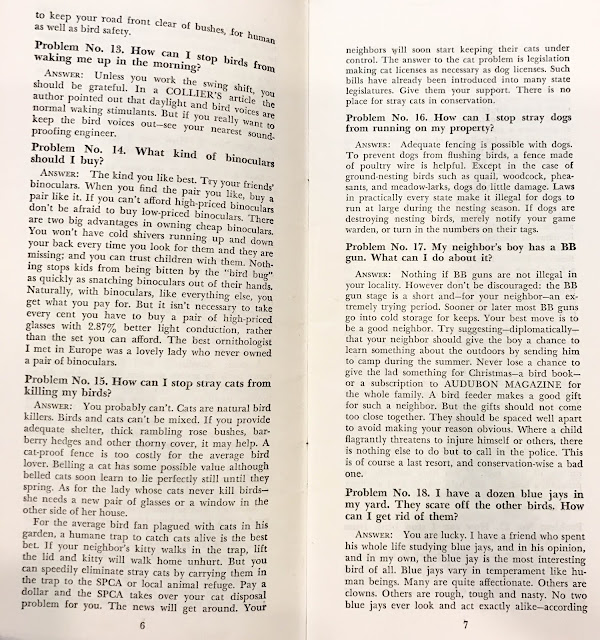