on January 24, 2017
On my days off last week the snow was thawing, turning white fields into soup, and I was finally able to take the dogs out for a long walk.  I opted to check out the scene along Lower River Road in Vancouver. 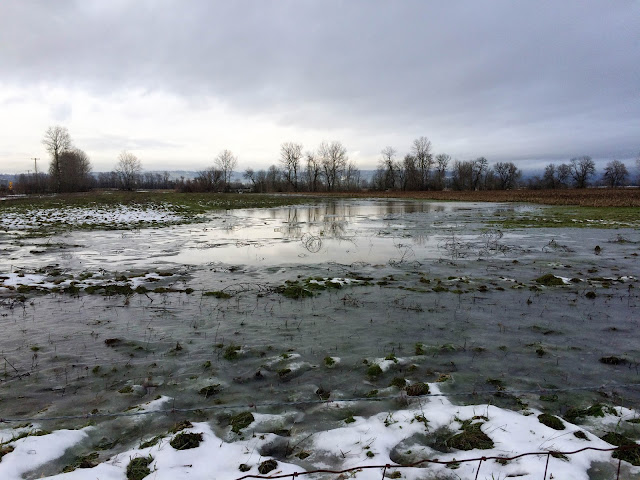 Frenchman's Bar Park was closed, and as I turned around I noticed a couple of Ring-necked Pheasants on the side of the road.  They kept wandering into the street, dodging hunters' trucks at the last second. 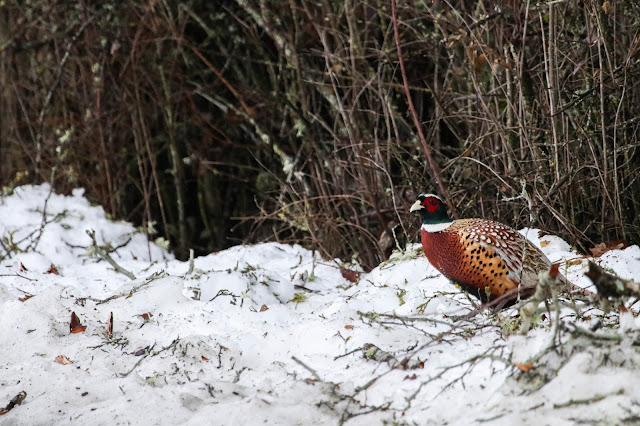 I parked in the only unlocked lot near Vancouver Lake, and walked the mutts from there all the way back to Frenchman's Bar.  The sun peeked out here and there and I thoroughly enjoyed the spectacle of Snow Geese, Sandhill Cranes, and Cackling Geese. 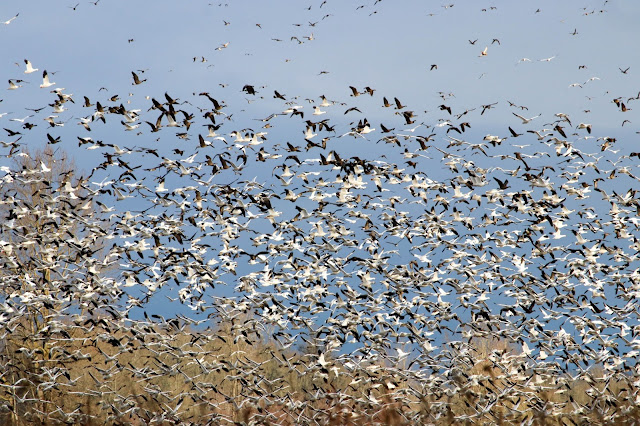 Sandhill Cranes would occasionally fly into the center of things... 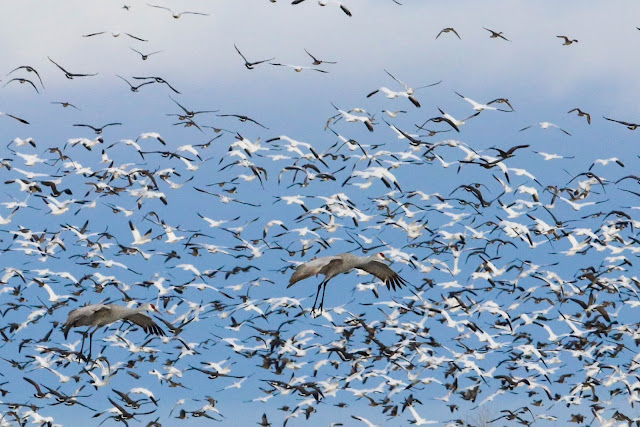 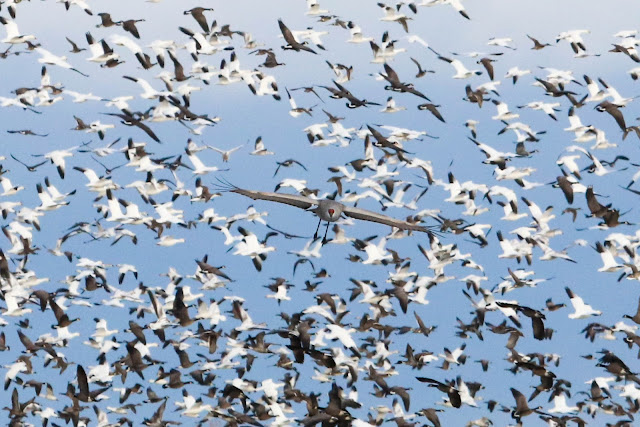 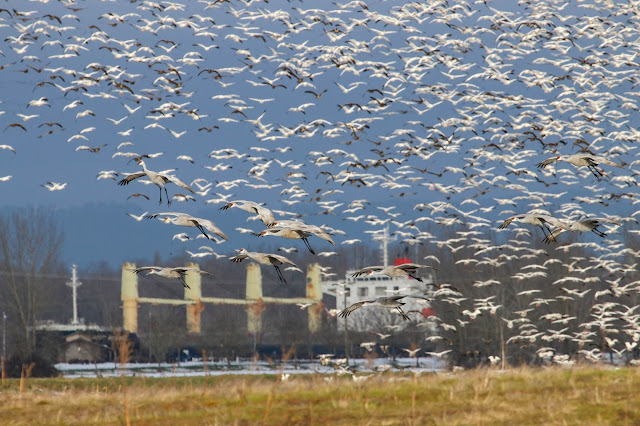 I love a good spectacle.

In one of the photos I noticed a goose that looked like it was wearing a watch. 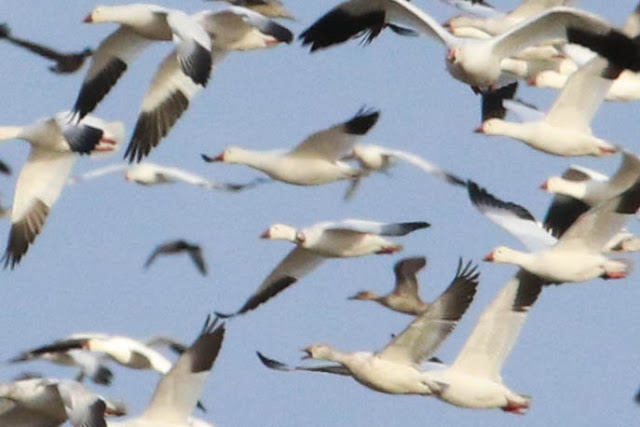 It's not a normal neck band, but what is it?  Radio collar?  Tumor?  I couldn't find it in other photos so this is only angle I have.  Intriguing.

As we approached Frenchman's Bar the clouds began to do interesting things. 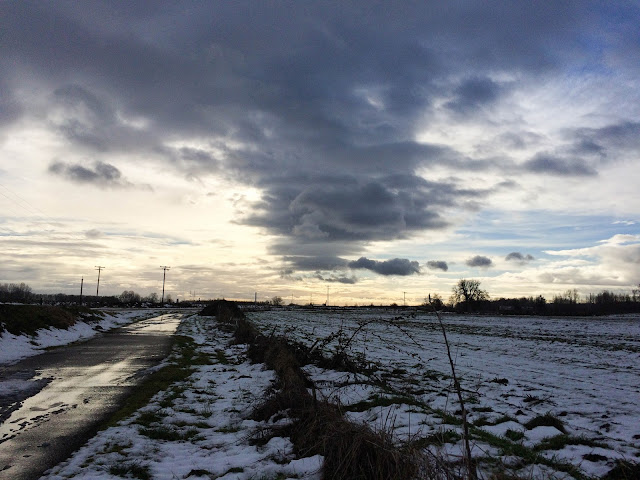 We walked into the park and were thankfully the only people around so the mutts got to run around the snowy field and then pose by the river. 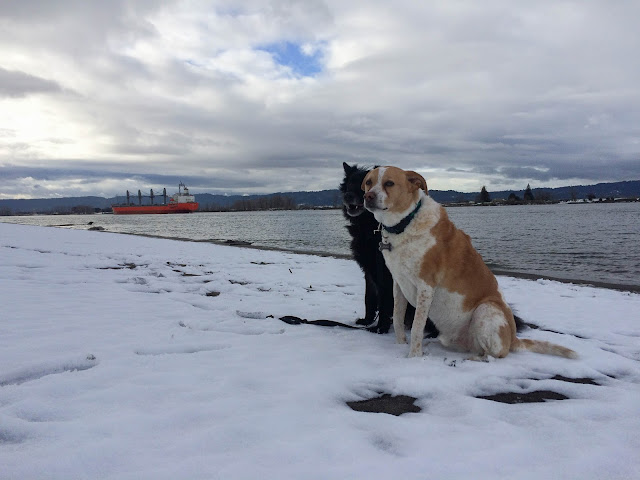 As we walked back out of the park I noticed a lone Snow Goose near the trees by the entrance.  After seeing the hundreds (thousands?) it was weird to see a single one, and unfortunately I realized it had some issues. 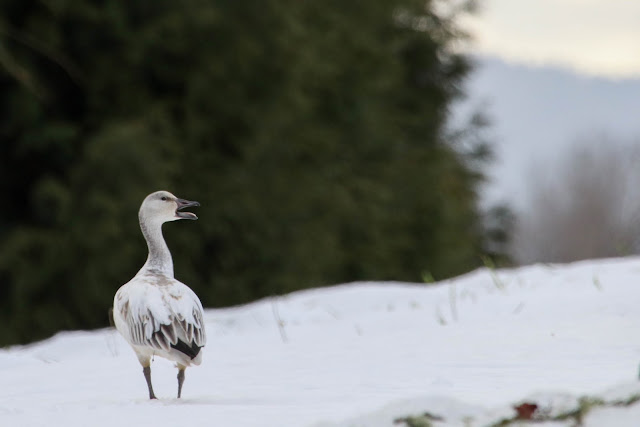 It was walking around fine but would constantly open its mouth like it was panting. 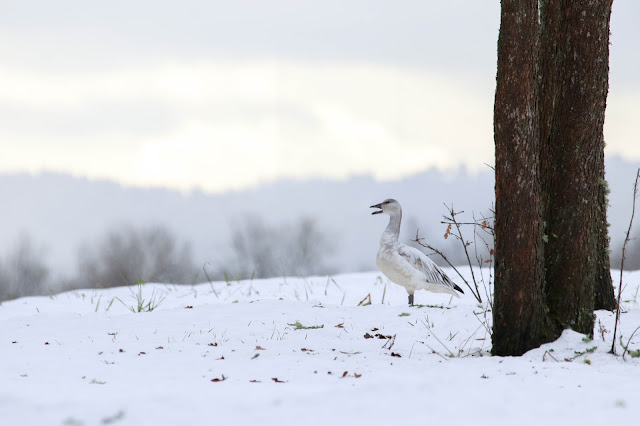 On the walk back to the car we passed more Sandhill Cranes that were occasionally getting fired up. 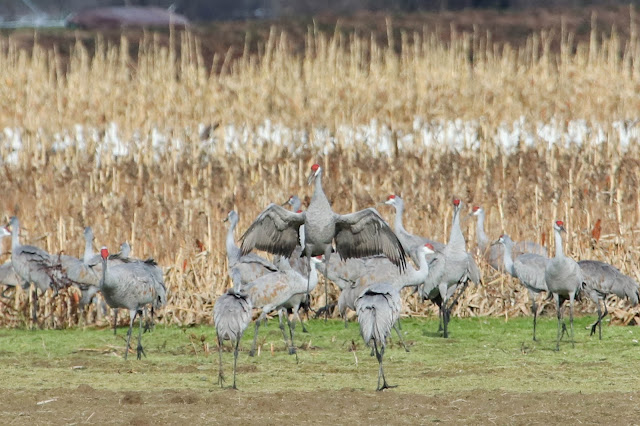 Always fun to see.  Later that afternoon I went out to Blue Lake Park to see if the water had melted yet. 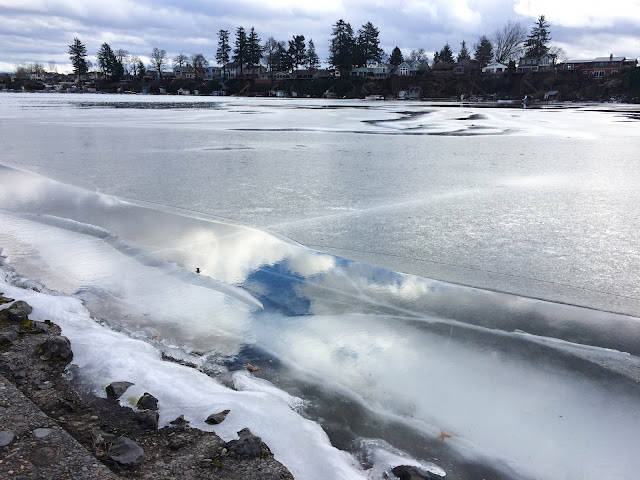 There were patches of open water but it was still mostly ice.  The wetlands area is technically closed because of all the ice storm damage but I took a quick peek at some icy tracks: 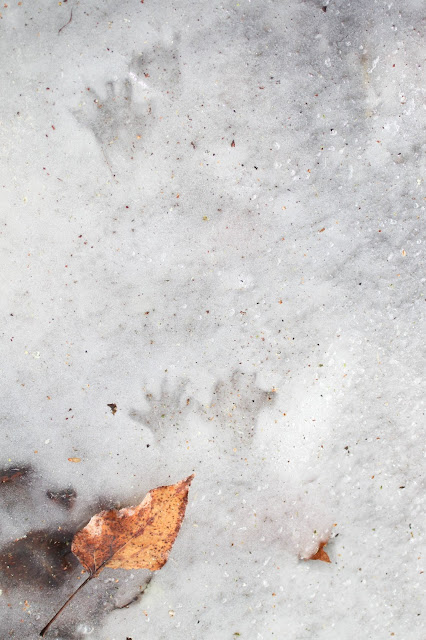 The only bird of interest was my year Hutton's Vireo working its way deeper into a shrub. 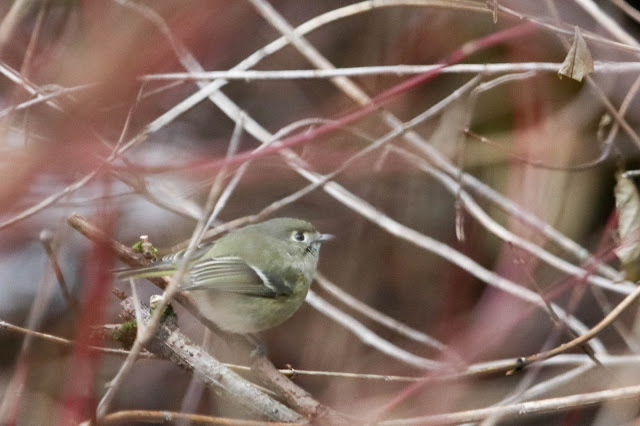 The mammals of interest are not interesting on their own, but when located inside a garbage can they become hilarious.

Lastly, some of you might recall that I researched the previous owners of my house and learned that the wife was a well-known poet in Portland, Vi Gale.  When I moved in there was a lot of random stuff left behind, including a big envelope containing prints of one of her poems with some original artwork.  I framed one for my house and gave away the rest to friends and family.  Lines from the poem kept popping in my head this month, so here it is for you all to enjoy. 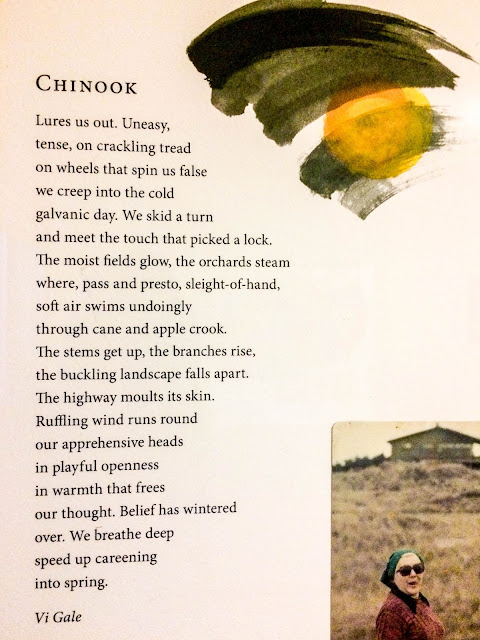 The photo was found in my basement, and I'm not sure if it's her or someone else, but I stuck it in the frame anyway.  Enjoy the thaw, everyone.  Good times!
Hutton's Vireo Ring-necked Pheasant Sandhill Crane Snow Goose