Due to the impending doom I opted to move my big day from today to yesterday.  I began at 5:15 a.m. under beautifully starry skies, freezing my butt off in the 18° morning, trying to find owls in every place I could think of before running out of coffee.  I found zero owls, but I did see a picture-perfect shooting star near Blue Lake.  Made the whole outing worthwhile.  My last stop was by the airport where the first light of morning appeared behind Mount Hood. 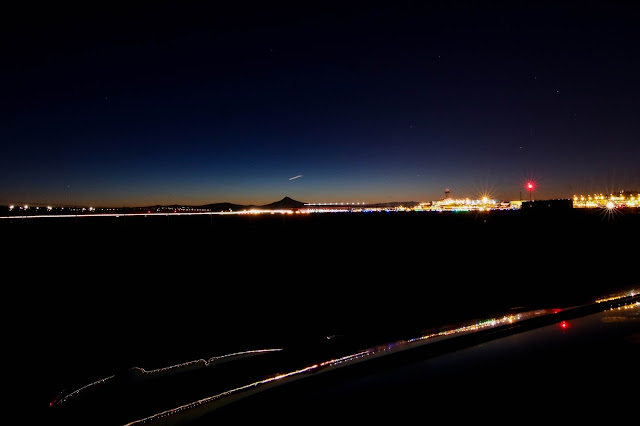 I returned home to feeder-watch and warm up while waiting for my friend Sarah to come pick me up with her heated seats.  Lesser Goldfinch was the only bird I saw that I did not see the rest of the day.  Right on schedule, Sarah came by and we headed to Broughton Beach to nab some species I knew we could not find elsewhere. 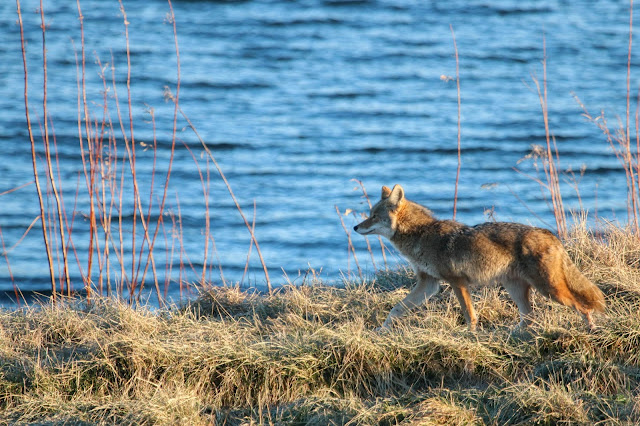 Beautiful, but not helpful.

We picked up Common Goldeneye, Greater Scaup, Horned Grebe, Bald Eagle, Ring-billed Gull, Common Merganser, and more, but that damn Burrowing Owl was a no-show.  I saw him on New Year's though, and he/she looked like this: 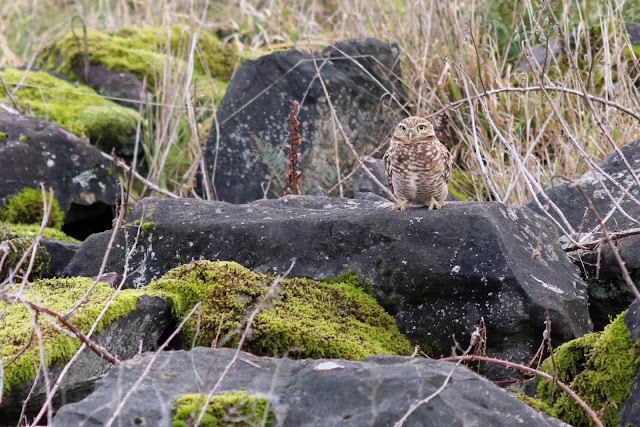 We also picked up Horned Larks but no pipits. 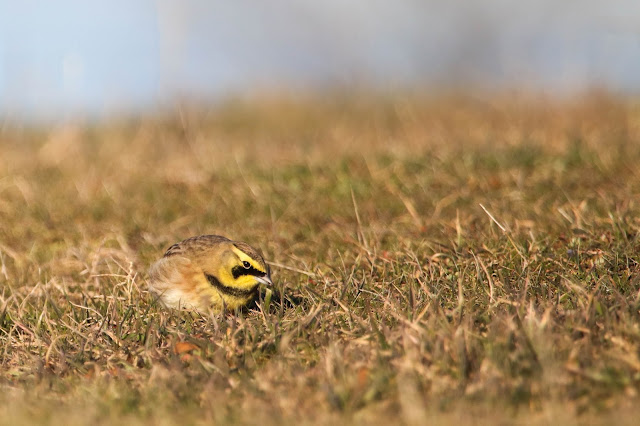 From the beach we drove east along the Columbia, nabbing Western Grebe and American Kestrel, with a short detour to a shopping center for Brewer's Blackbird (thanks, Colby!) and Johnson Lake for some ducks.  Then on to Blue Lake for another owl we could not find, but we got our only Chestnut-backed Chickadee and Hermit Thrush for the day. 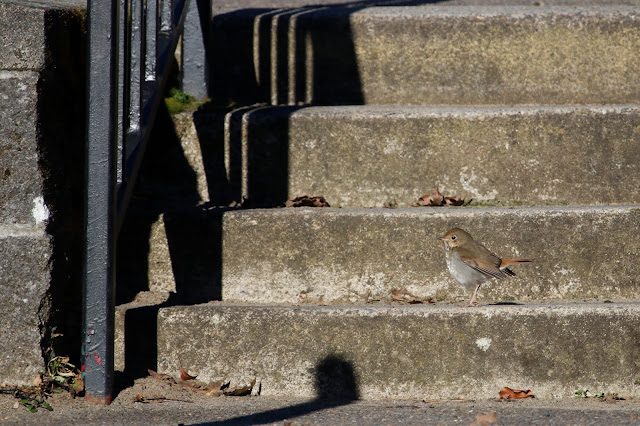 A walk around the frozen wetlands area turned up a few birds, like this chilly little Anna's Hummingbird. 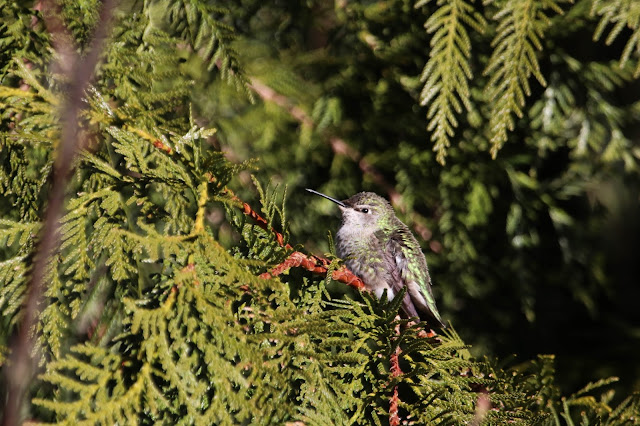 When we finished there it was late morning and the temperature had risen to about 26° with the east wind kicking.  We made a stop at Chinook Landing where no birds were added, then headed to Fred Meyer for my gulls.  My reliable gulls were of course not so reliable.  It took us forever to finally find the Thayer's on a light pole, and a Glaucous-winged that came in to check out some pigeon millet.  No Herring. 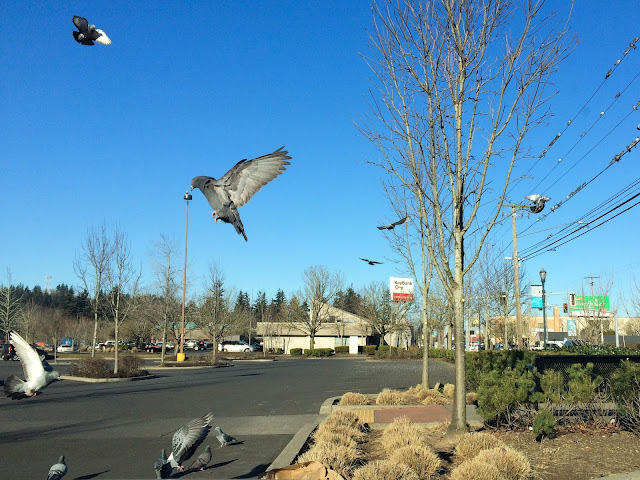 Our friend Eric had shared with us his little zen birding patch that hosts meadowlarks, so off we went to find them.  They were exactly where they were supposed to be, but I scared the crap out of them and they flew into a tree.  In front of the moon.  I'll take it. 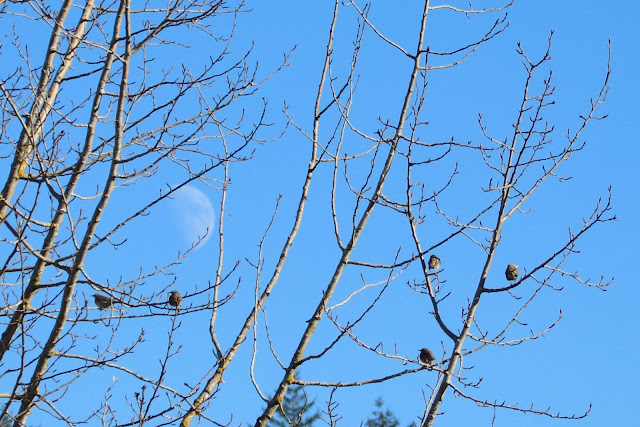 The temperature briefly warmed to above freezing, a balmy 34°, as we headed to a burrito shop to pick up some lunch.  We met up with Jacob at Whitaker Ponds and ate our burritos with gloves on in the gazebo.  While we were eating Jacob found us a couple of Red-breasted Sapsuckers (near miss!) and a Ruby-crowned Kinglet. 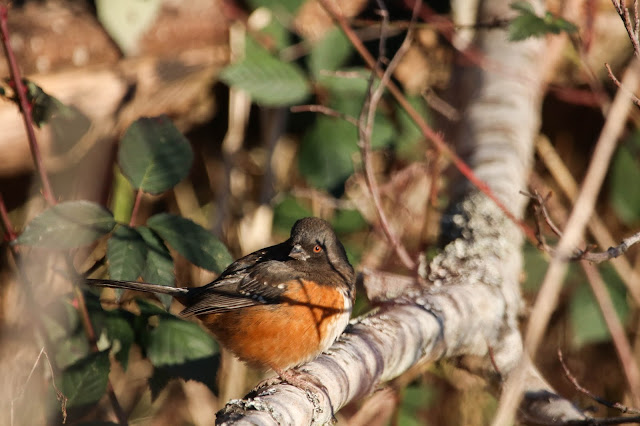 A cooperative Varied Thrush perched for us towards to the end of the loop trail. 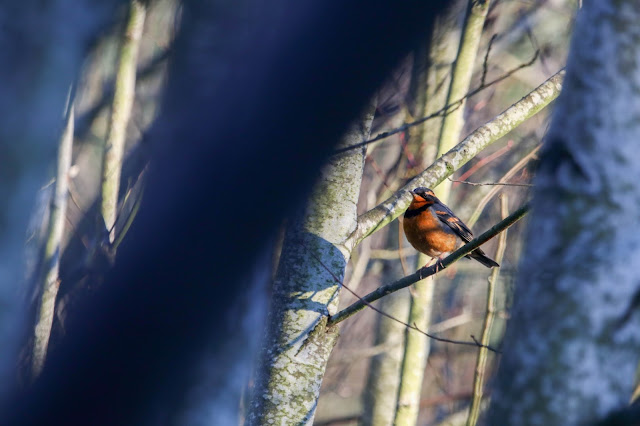 I made Sarah and Jacob walk up the sketchy roadside with me to a house where someone used to feed tons of doves.  Their feeders were empty and there were no doves.  On the walk back one of the airport Red-tails was perched low on a branch over the slough, looking sharp. 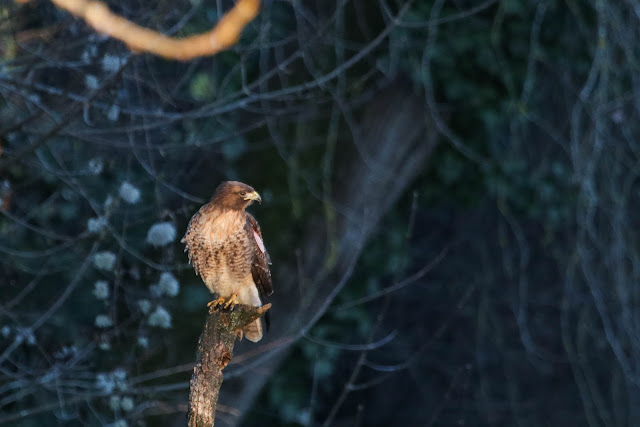 After this stop I needed to get home to the dogs, which was fine since the sun had dipped below the horizon (or at least below the buildings blocking the horizon).  I was not feeling up to an after dark owl chase, or even a quick drive over to the Grotto for maybe one more species.  I called it a day, made a fire, cracked a beer, and accepted that I probably will not win this competition. 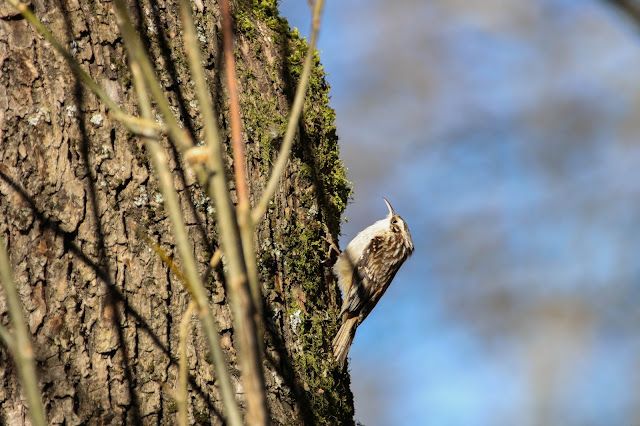 Keep on creepin on, says this day bird

I had 8 hours and 53 minutes of daylight, only about two hours of which were above freezing temperatures and found 60 species.  I would like to note that Austin has 10 hours and 18 minutes of daylight these days, and the Bay Area has 9 hours and 41 minutes.  That's a lot more time I could have spent looking for birds.  Just saying.

Overall, despite the aching hands and feet, it was a really fun day of birding.  If it weren't for Sarah and her heated seats and fancy Celestron handwarmer I think I would have lost motivation way earlier in the day.  I am SO grateful she suffered through the day with me.  I'm also grateful that Jacob continued to help us find birds while we plowed through our burritos.  We did a decent job of covering a lot of ground, though I would have been better at time management if I were to do it again.  Maybe I will... 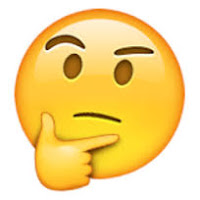 Now the embarrassing part.  The birds we missed:  Red-winged Blackbird, Bushtit, Mourning and Eurasian Collared-Doves, both nuthatches, Lincoln's Sparrow, Green-winged Teal, American Pipit, Canvasback, all owls, etc.  If only there was a Big Day count week!