on April 06, 2017
Bentsen Rio-Grande is a park we were super excited about visiting while in Texas, made even more desirable when we read that a pair of Elf Owls had returned to a known nesting site there.  We decided to all head there the first evening everyone was in town. 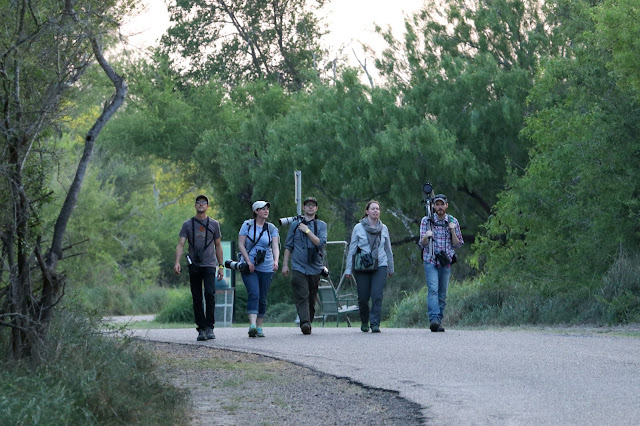 Nate is mysteriously absent from this photo.

On the road into the park we were distracted by a pile of Scissor-tailed Flycatchers perching and fly-catching in the lovely evening sun. 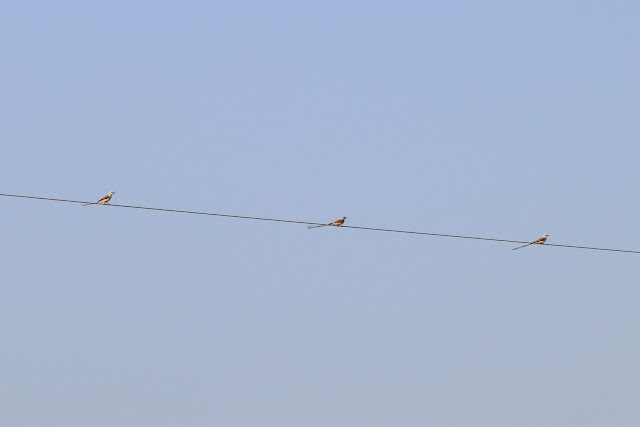 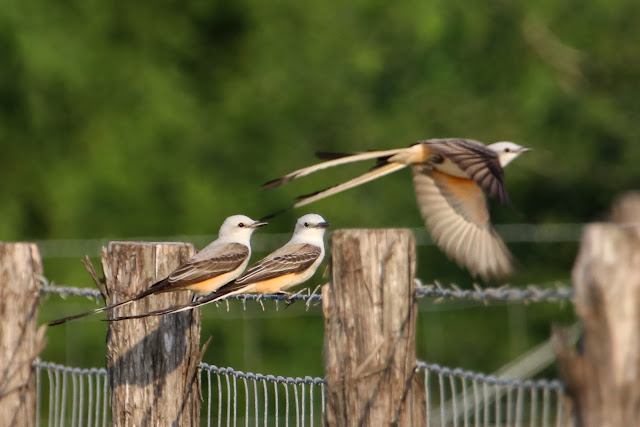 So distracting.  We finally all met up at the park entrance where a ton of hawks were flying over along with some vultures. 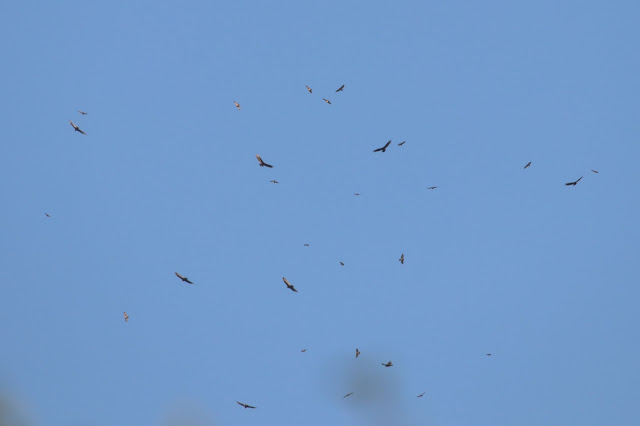 We had a little time before sunset so we walked out to Kingfisher Overlook and got looks at a flyby Ringed Kingfisher.  The sunset itself was quite nice too. 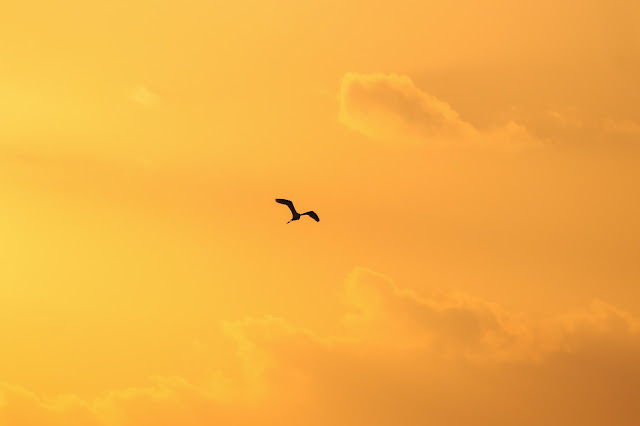 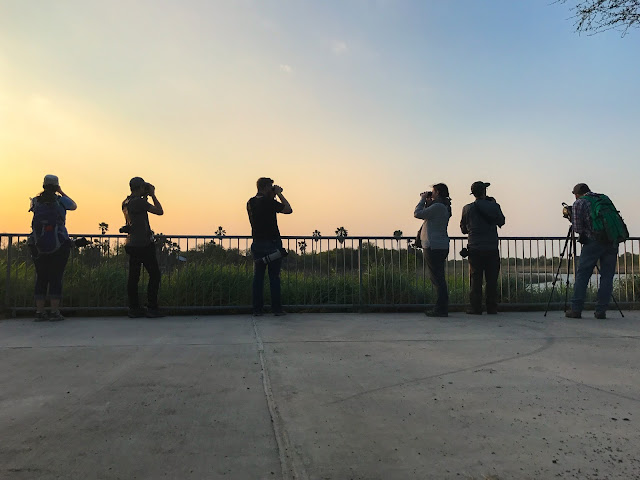 We walked back to the telephone pole nest site and joined a small group of old nerds in staring at the pole. 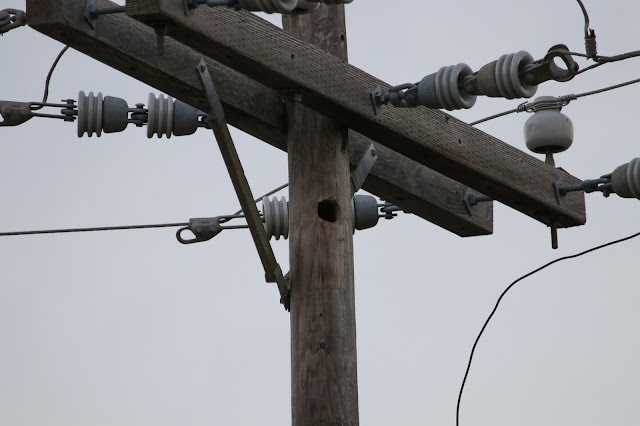 A little after 8:00 the Elf Owls appeared, though not from the nest hole as anticipated.  One perched on the telephone line for a bit.  It was dark.  Here's a bad photo: 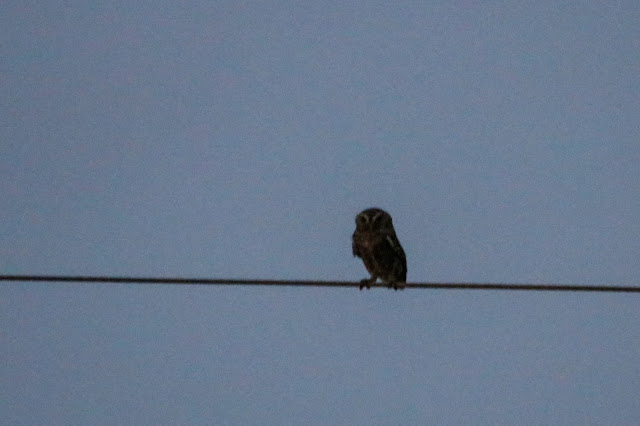 Yay!  A couple days later we returned to the park to bird it in the early morning and we caught one of the owls perched on the telephone line again.  It was also dark.  We walked out to the Kingfisher Overlook where this time a bobcat was waiting!  My first time getting a (bad) photo of one. 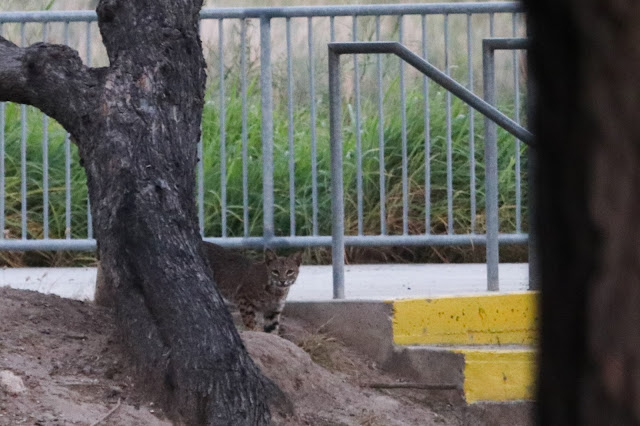 Birds were singing in the trees nearby and Max found this Northern Beardless-Tyrannulet: 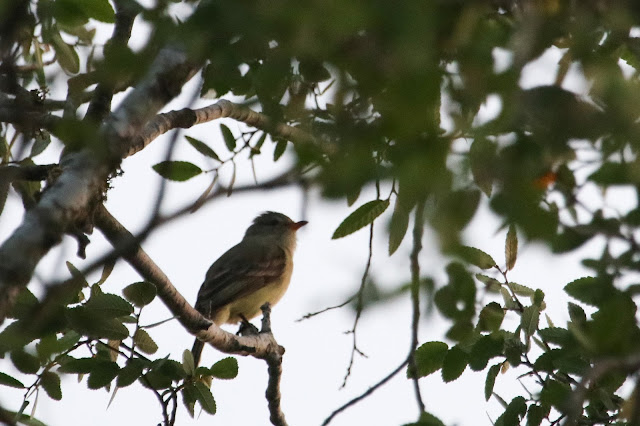 A big flock of Anhingas flew over: 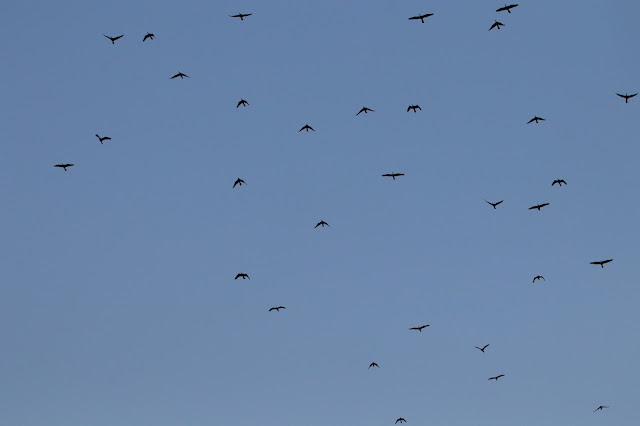 Though we failed to take Roadrunner Crossing we still found a Greater Roadrunner.  This one was perched way up in a tree singing a song that someone (Eric?) described as an extra sad Mourning Dove. 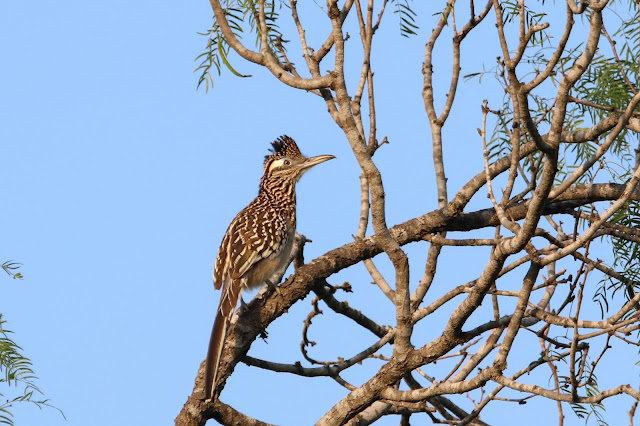 In the beginning of that video you can see the roadrunner has its feathers all puffed out.  Cornell taught me this is a sun-bathing technique that allows the bird's black skin to be exposed to absorb the heat. 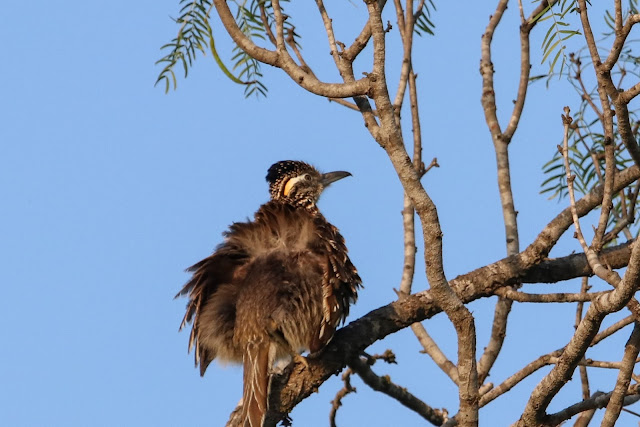 Texas is filled with cool spiders, in case you had not heard. 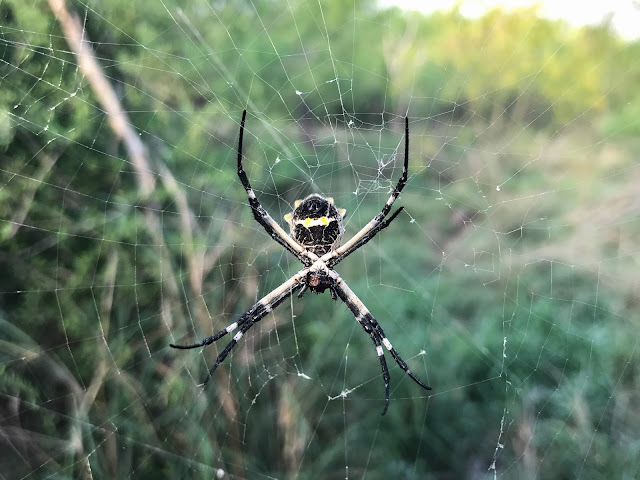 We eventually made our way to the hawk watch tower to see what was migrating through the area. 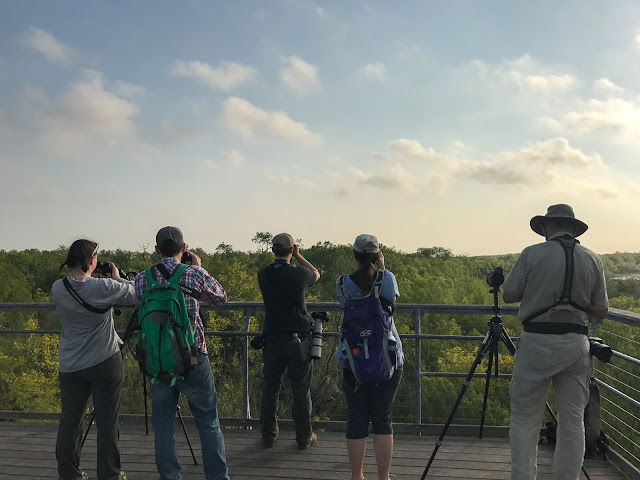 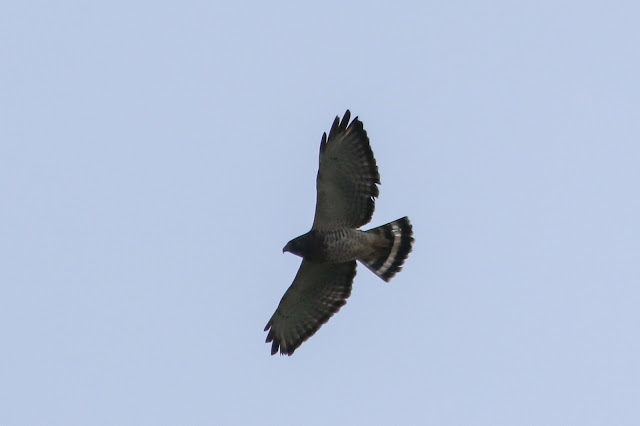 Back down on the main loop trail there were more birds to be found. 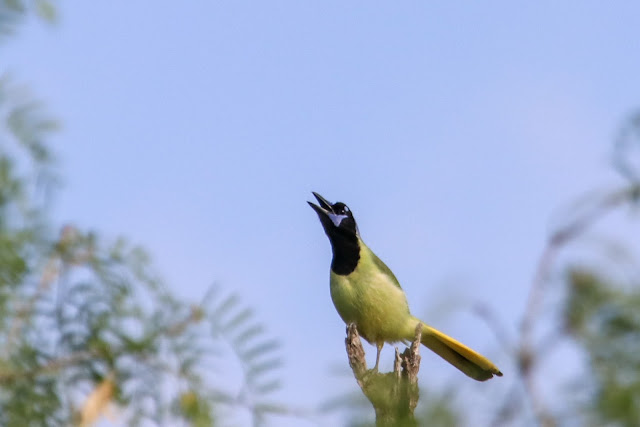 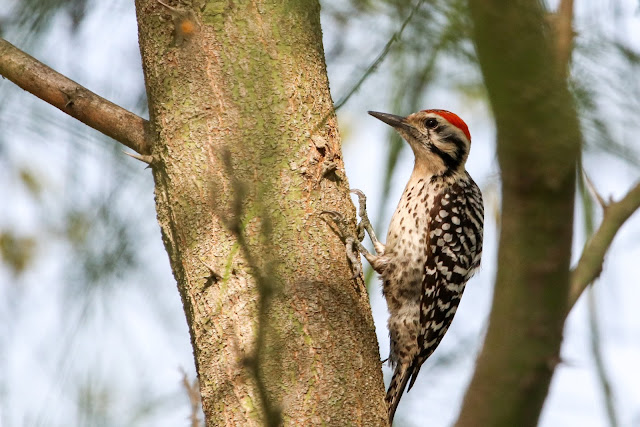 The insects and lizards were really distracting here. 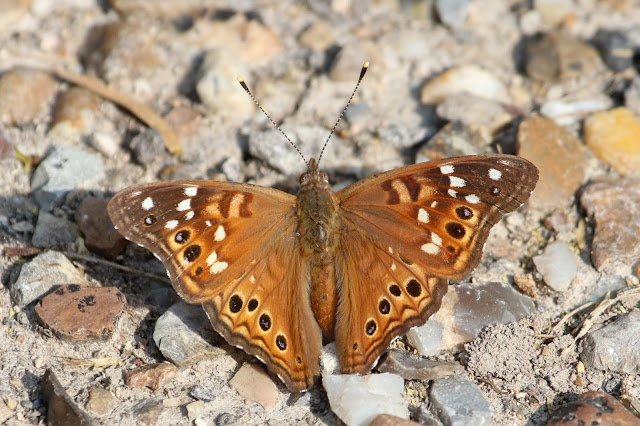 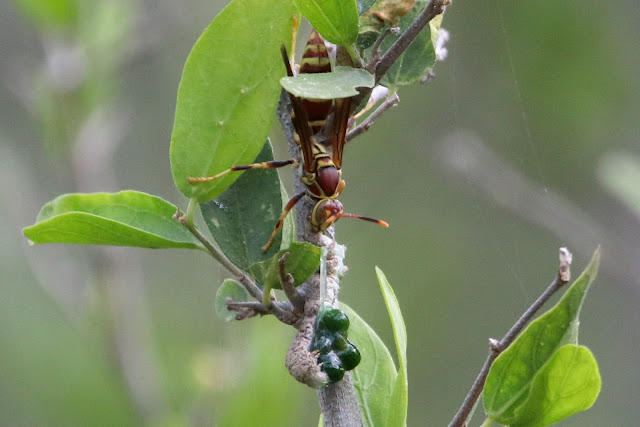 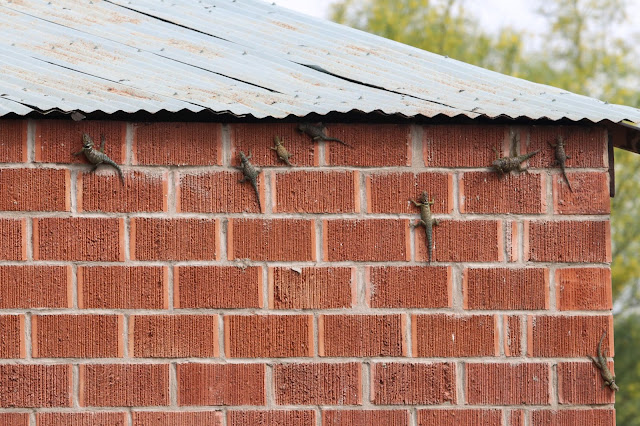 At the entrance to the park are some feeder stations complete with swinging chairs where you can sit and watch chachalacas run around. 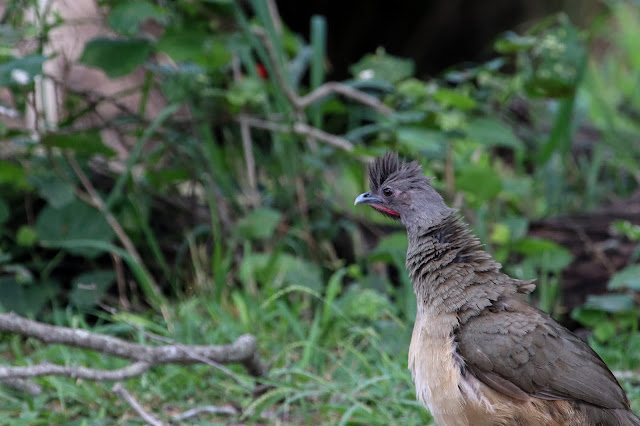 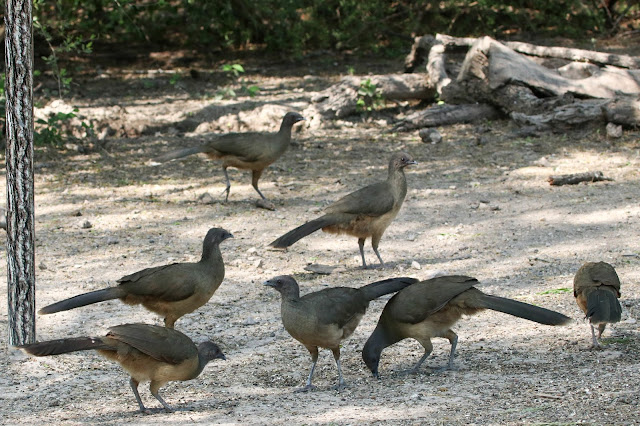 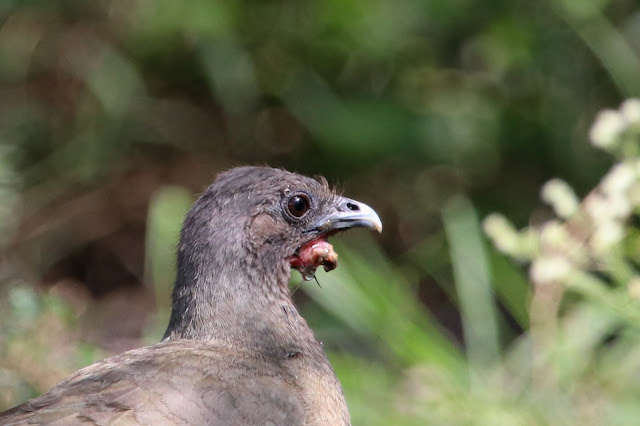 This area was also good for Altamira Orioles. 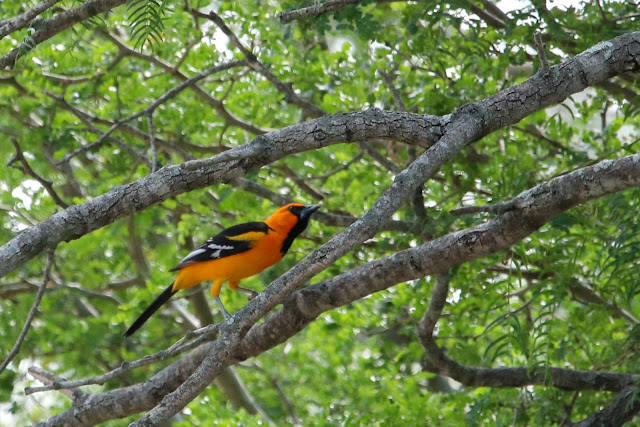 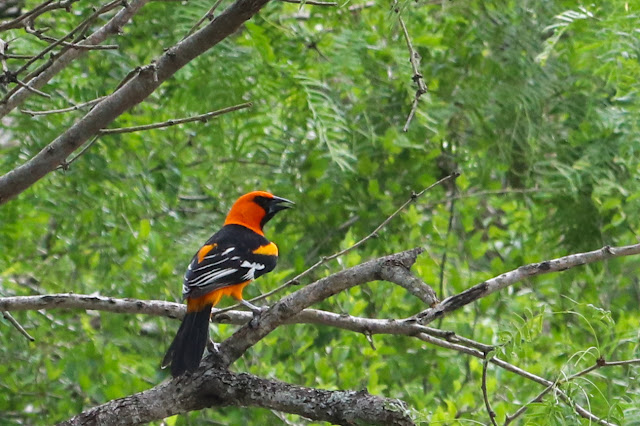 We had seen our first one in our Airbnb yard, but these were even better views.  One last bird from Bentsen, this random White-tipped Dove: 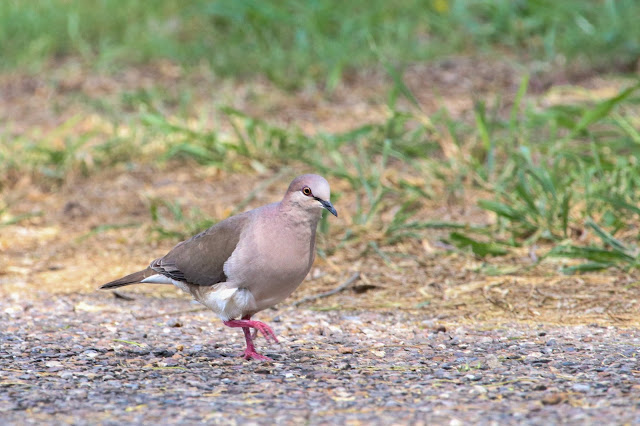