on December 18, 2017
Last week I went out to Gilliam County for another raptor survey, this time the north route which includes lots of back roads between I-84 and Condon.  It was cloudy and in the 20's most of the day.  My first check mark of the day was a Merlin on Hoag Road that allowed me to creep up right next to it in my car.  It seemed genuinely curious about me which is rarely the case with a Merlin. 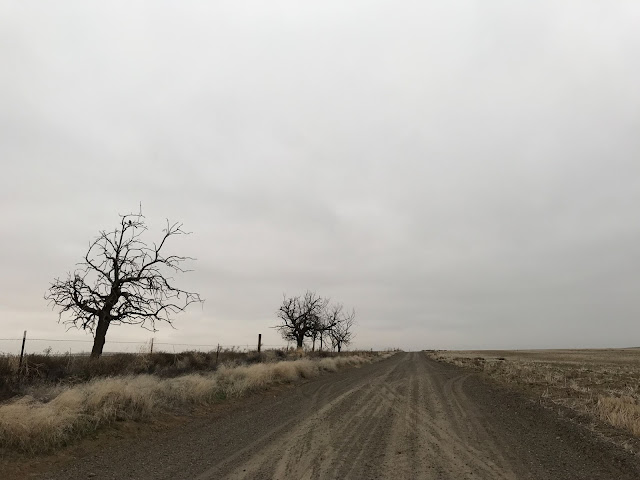 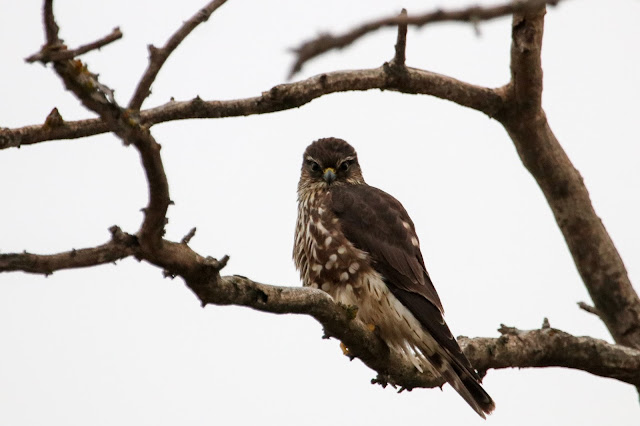 Sometime after that I found a nice big herd of at least 30 pronghorn lounging way out in a field. 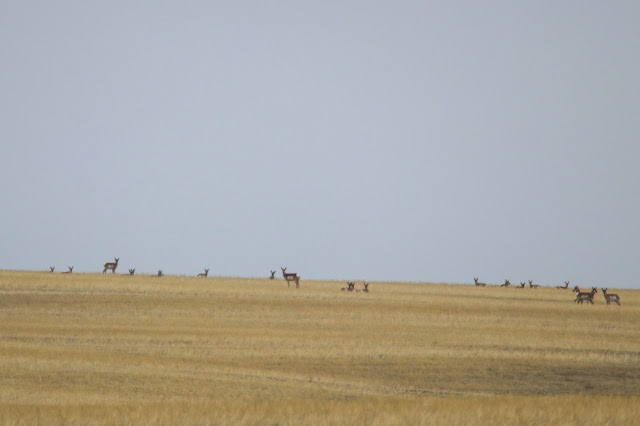 Along Ridge Road a Golden Eagle was keeping watch over an abandoned home. 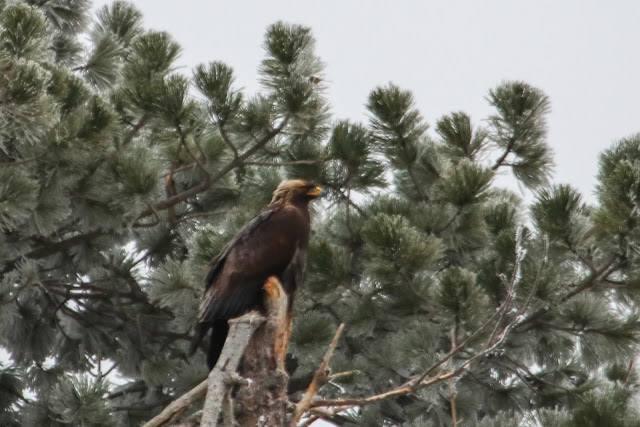 The route began to appear frosty and now I have learned a new term:  hoarfrost. 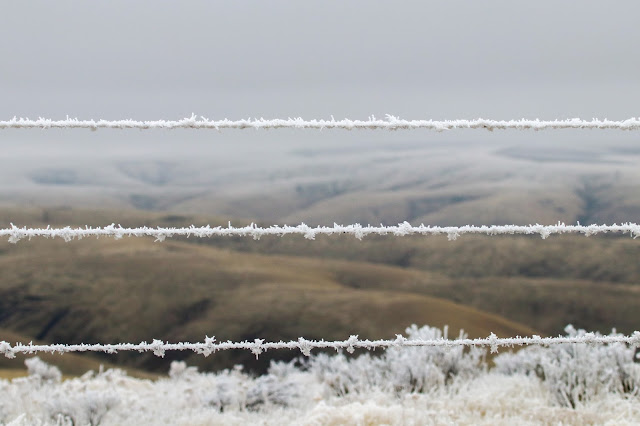 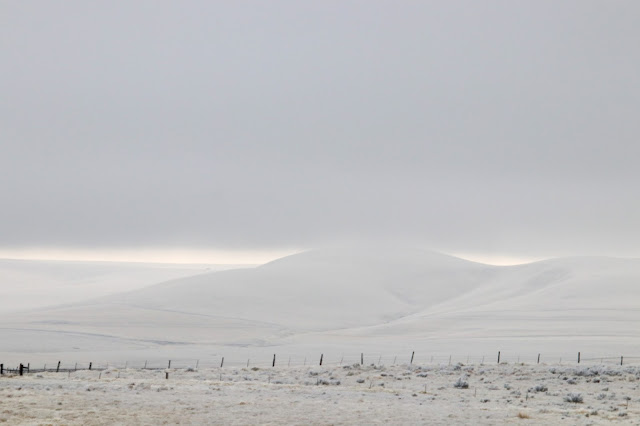 The link above explains it well but basically moisture in the air meets a frozen object like grass or a fence and the moisture turns from gaseous to solid state.  The photos above are mild compared to what I saw later that day.

Back to birds, along Flett Road a Northern Harrier spooked up three Chukars who promptly dove into a bush. 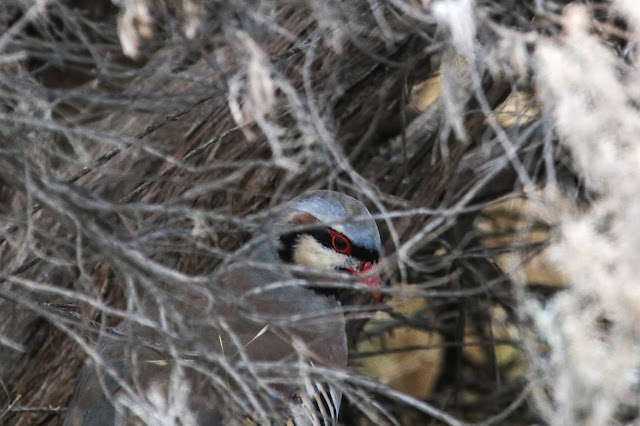 Along Middle Rock Creek Lane I stopped to look at a tree packed with doves.  Almost immediately a bunch of the doves flushed as a large bird landed in the middle of the tree, and an agitated harrier flew up and perched nearby.  I looked back at the first large bird and realized it was a Great Horned Owl.  Interestingly all the doves returned to the tree, unconcerned with their owl neighbor. 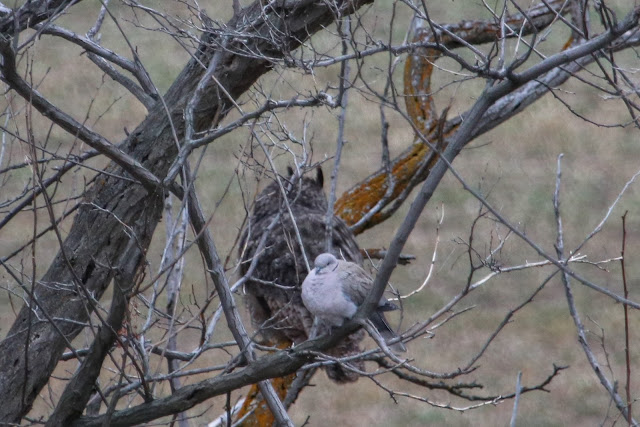 The harrier carried on for awhile before quieting down, though it remained perched while I was there. 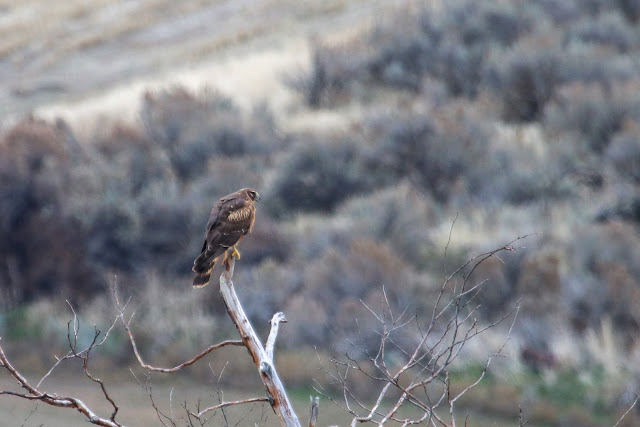 McDonald Ferry Road runs along the John Day River on the westernmost part of my route.  On this occasion a small flock of Mountain Chickadees and a kinglet were working the trees by the river. 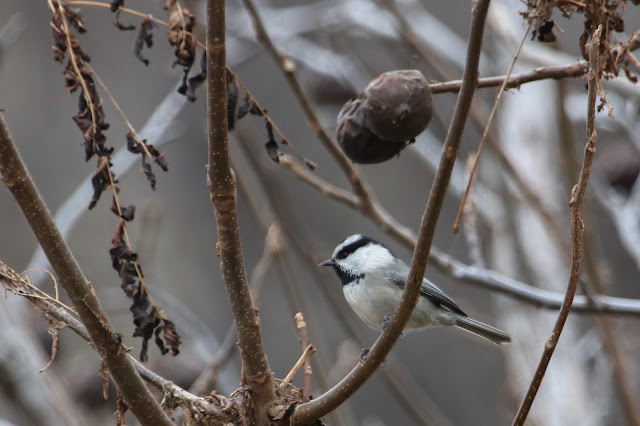 There's a gravestone along this road which I had never bothered to research until this week. 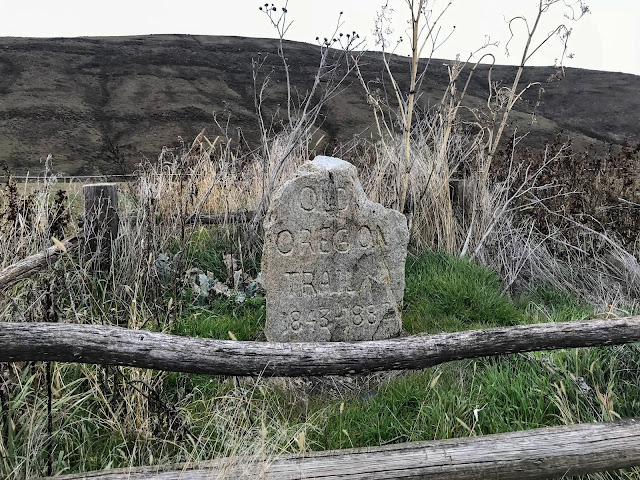 Turns out it's a marker of where the Oregon Trail crossed the John Day River, a spot called McDonald Ford.  I have now delved into the Oregon Trail bowels of Wikipedia and learned that this gravestone is actually a "Meeker Marker."  Ezra Meeker arrived in the Pacific Northwest via the Oregon Trail in the 1800's, and later in life feared the trail was being forgotten or taken over by farmers.  He worked hard to have granite markers created at various points along the trail so it would be remembered.  Wikipedia says it all better here.

After this road I saw very few raptors for almost 20 miles as the hoarfrost really began to impress.  Pennington Road was the most spectacular, mainly because there was no fog but still tons of frost. 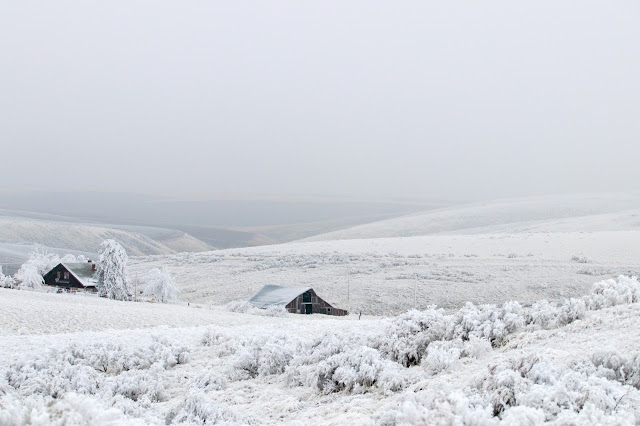 The last segment of the route heads south along 19 to Condon.  I briefly considered skipping it because of the fog but then I figured what the hell, the roads seemed fine.  Within a mile or so I had 8 or 9 Rough-legged Hawks, which doubled my count for the day. 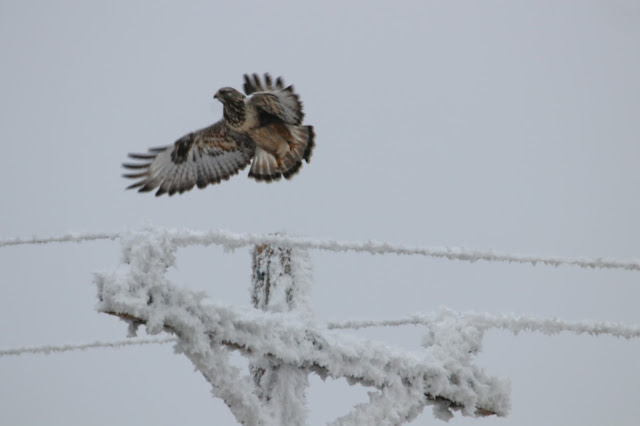 Condon itself was impressively frosty and I wished I had brought my macro lens, though I didn't really have time for all that.

Overall it was a pleasant day in Gilliam with 45 raptors total.  Not as crazy as last month but still about 20 more birds than previous years. 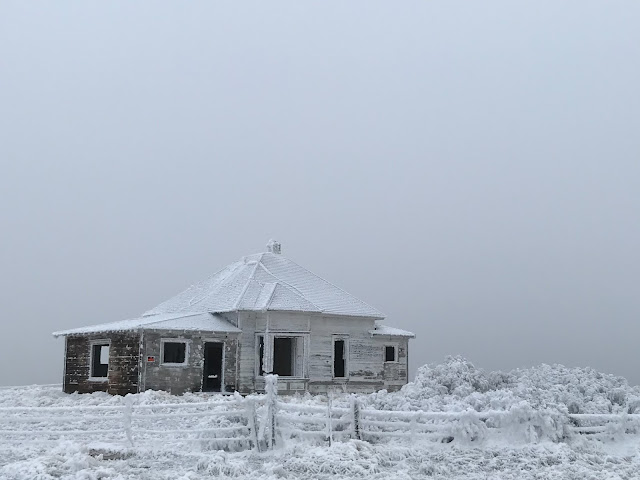