on March 08, 2018
Super popular hikes aren't often appealing to me and I've driven through the gorge enough times to know that the Coyote Wall trailhead is usually packed with cars.  Almost as bad as Dog Mountain, another gorge hike I've managed to avoid for the almost 16.5 years I've lived here.  But this week Jacob and I had a brisk and rainy weekday off together so it seemed like the best possible time to try a popular hike. We arrived just before 9 and were the first to park at the trailhead.  Good start. 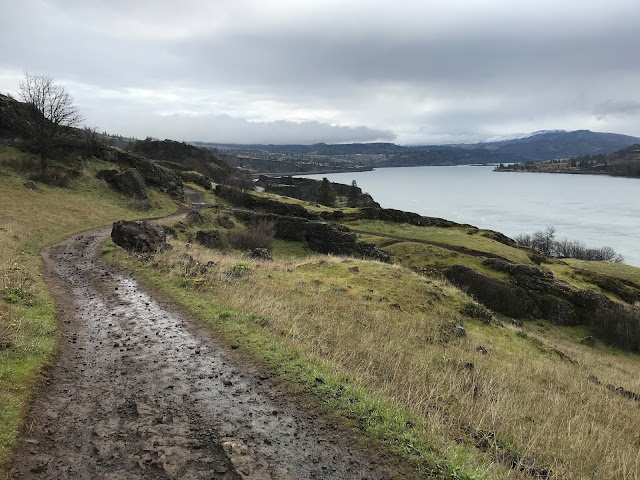 This area is popular for a few reasons including the stunning views of the gorge, the wildflower scene, the mountain biking action, and the general Instagram-friendly look to the place.  Douglas' grass widow was the most conspicuous flower blooming on our hike. 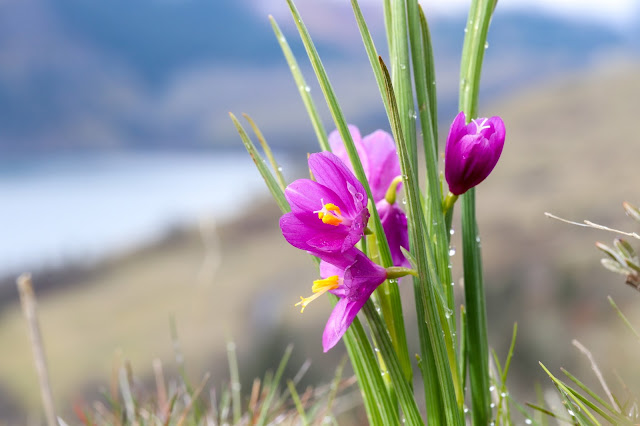 Western Meadowlarks were singing and Bald Eagles soared low over our heads as we gained elevation.  Our plan was a shorter loop involving the Moab and Little Maui Trails, but we got a little confused and took a longer route.  It was great though!  The weather cleared up and the sun came out. 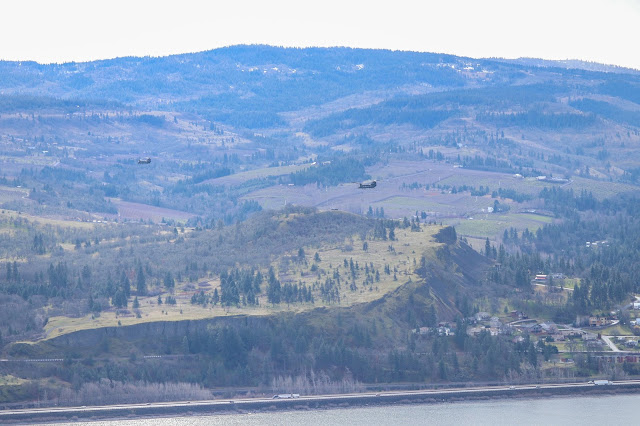 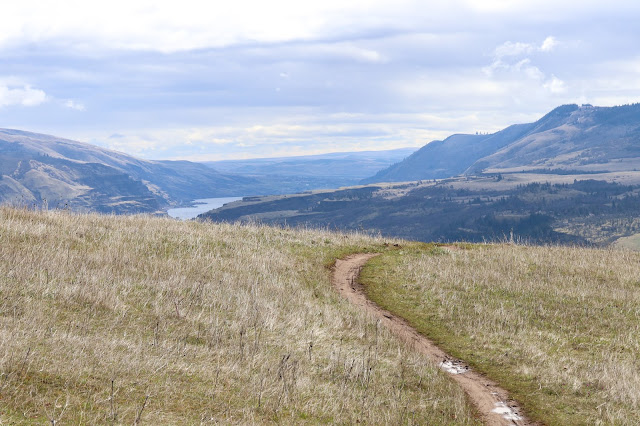 We even had some first-of-year birds like Western Bluebirds in the oaks, visiting a potential nest hole. 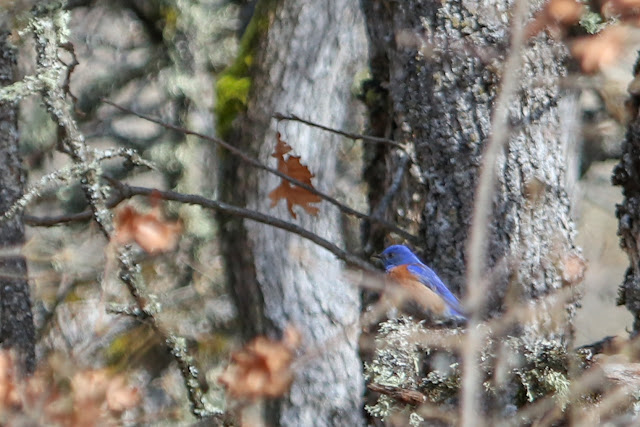 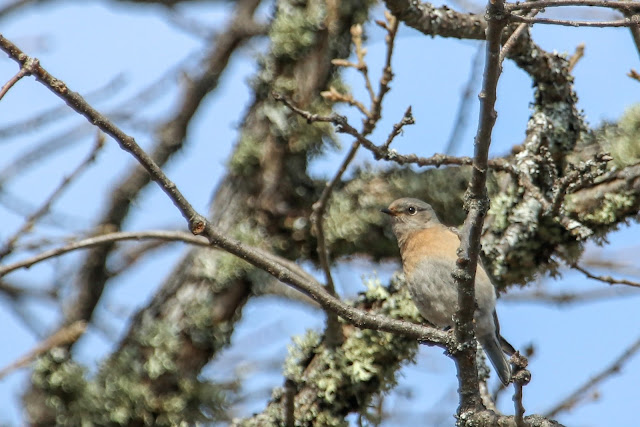 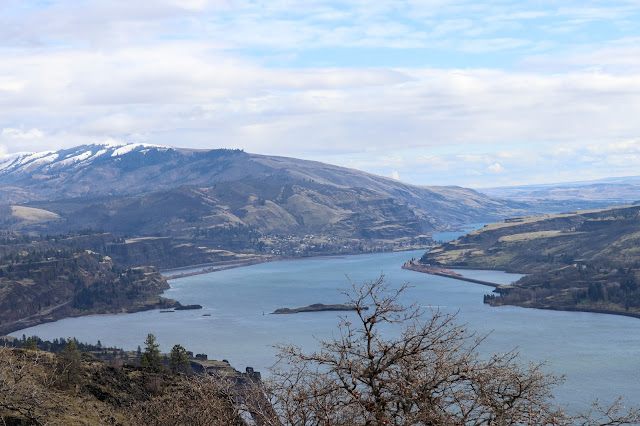 We were admiring the view up the gorge when another eagle came into view, this time a Golden! 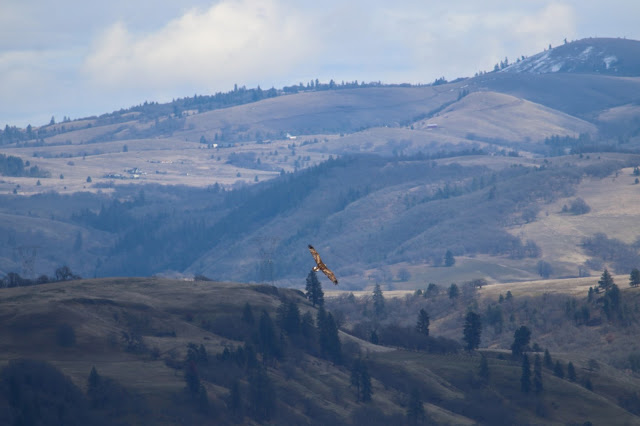 At our feet, prairie stars and desert parsley were getting into the swing of things. 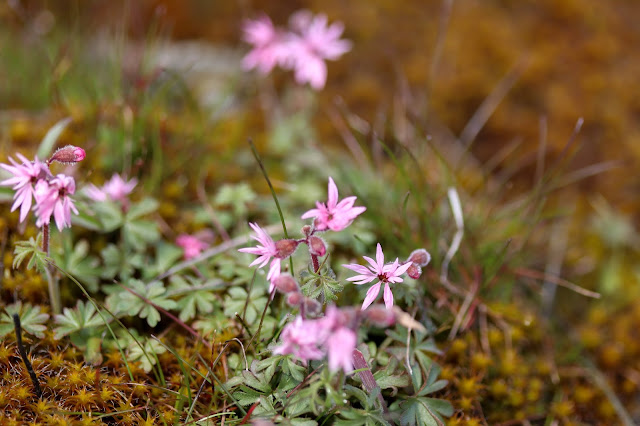 We found our first Say's Phoebe of the year catching bugs from one of the barbed wire fences. 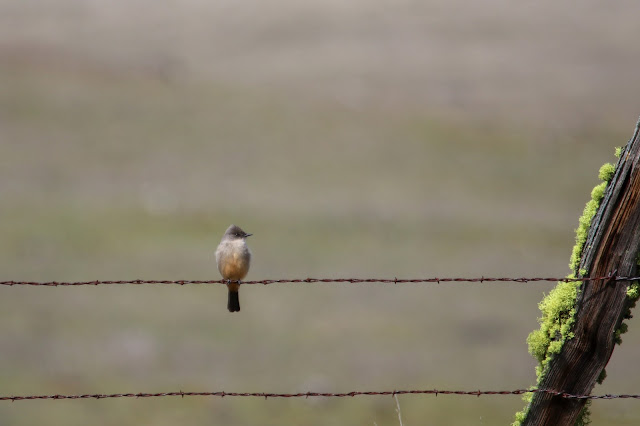 Eventually we ended up on the loop we had intended to follow. 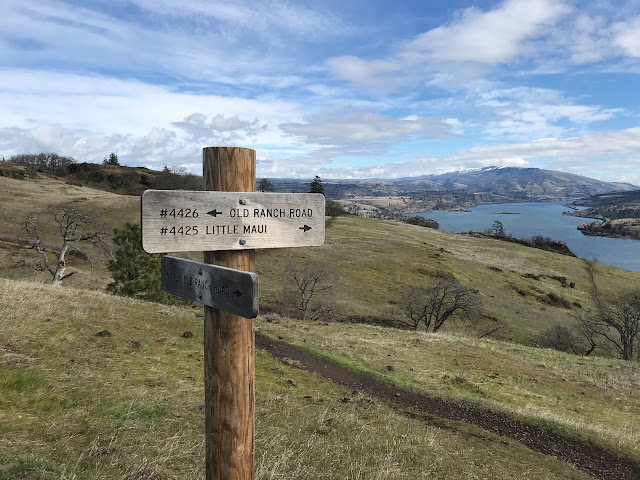 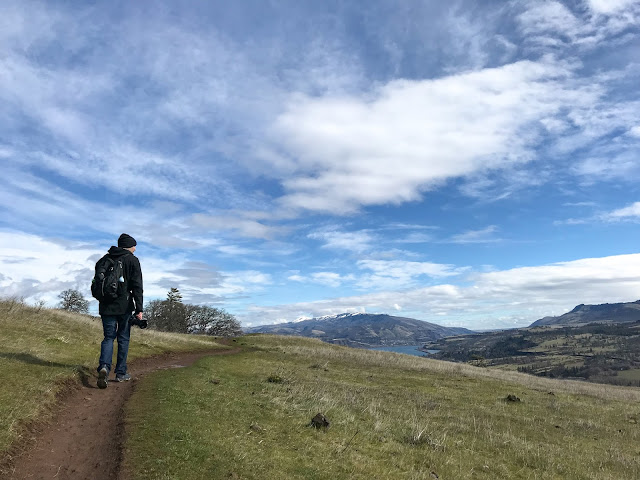 The whole area is thick with geological features that I will not pretend to understand, but I do know that these are basalt cliffs: 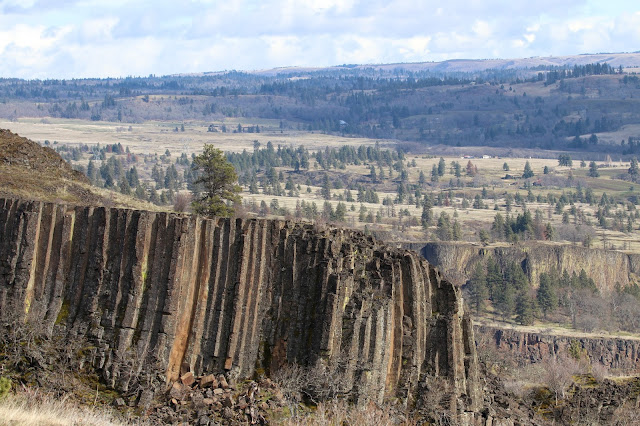 And this is a waterfall: 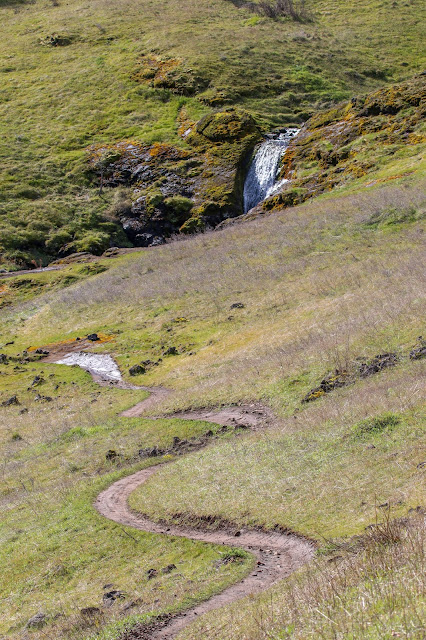 On the way down there were tons of ground squirrels and Jacob made me take pictures of all of them. 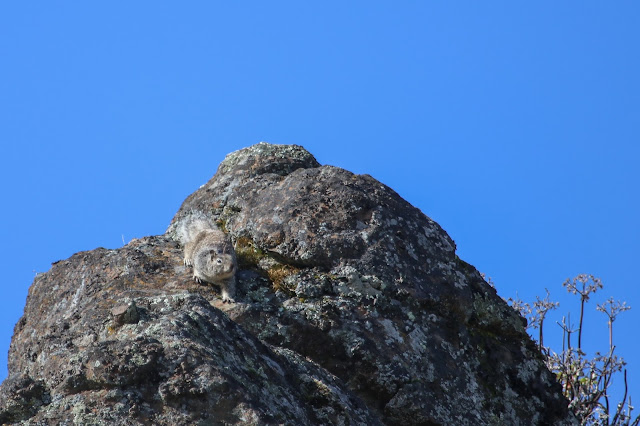 Back at the beginning of the trail I tried to take a panorama phone pic to show the whole wall, but it made part of the wall (on the left) look super tiny.

It ended up being a pretty great hike at a little over six miles.  Beers and grub at Red Bluff Taphouse in Stevenson rounded out the day perfectly.  Good times!!!
Golden Eagle Say's Phoebe Western Bluebird