The first day of the year is always exciting with every bird being a year bird and wondering what will be Bird Number One.  This year Jacob and I decided to head to my newish patch along the Burnt Bridge Creek before sunrise to try for the Barn Owl we had last time.  Jacob remembered how loud the Mallards were in the dark and to prevent them from being Bird Number One we drove around with the windows rolled up. 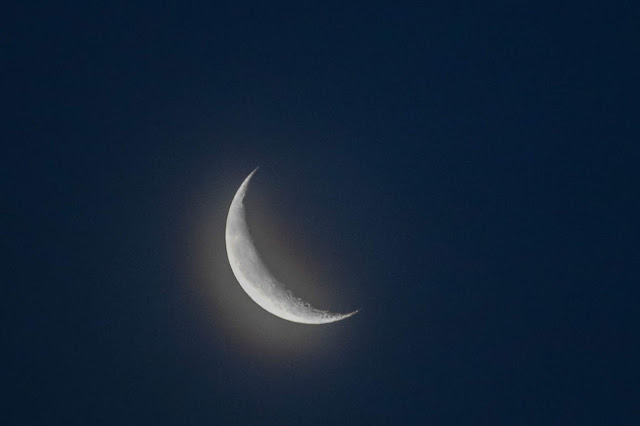 After about thirty minutes of cruising the roads around this area Jacob spotted the owl!  It flew across the cow field right in front of us for amazing views.  Good start!  We rolled the windows down and immediately heard a Killdeer.  Phew, that would have been terrible.

This spot has a fantastic view to the east so we decided to see if the sunrise did anything special. 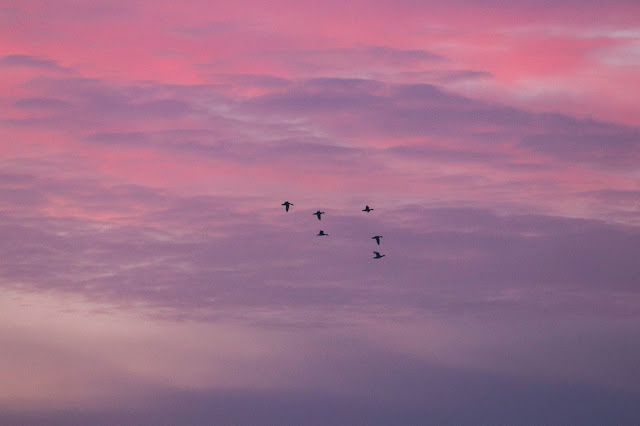 Heck yeah it was a good one.  We added some more birds to the year list here including a hooting Great Horned Owl, a Cooper's Hawk, Red-winged Blackbirds, and the ever vocal Mallards.

We went home to warm up with some French toast and coffee then went out to my patch, Meadowbrook Marsh.  Year birds were around every corner including a surprising Cinnamon Teal. 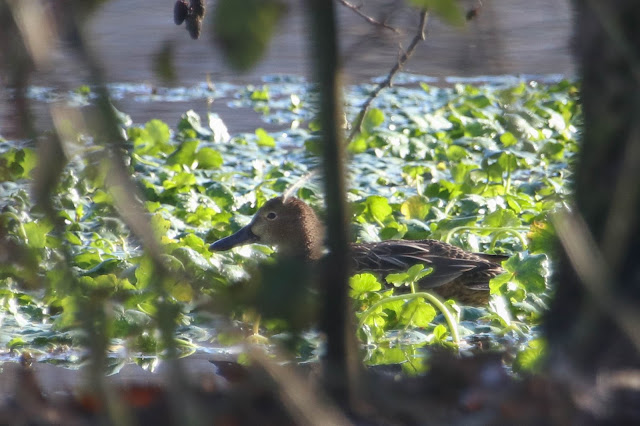 This was a bird I only saw once in my 5MR last year and it was at this location also.  It felt good to get it out of the way now! 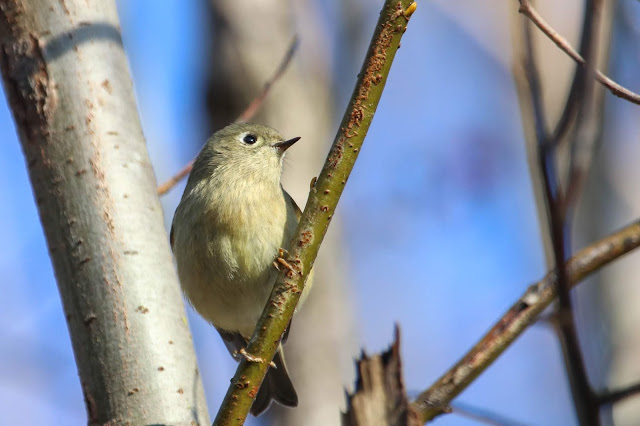 In the afternoon we did a little more birding with his kids including a stop at our newly reliable Barn Owl. 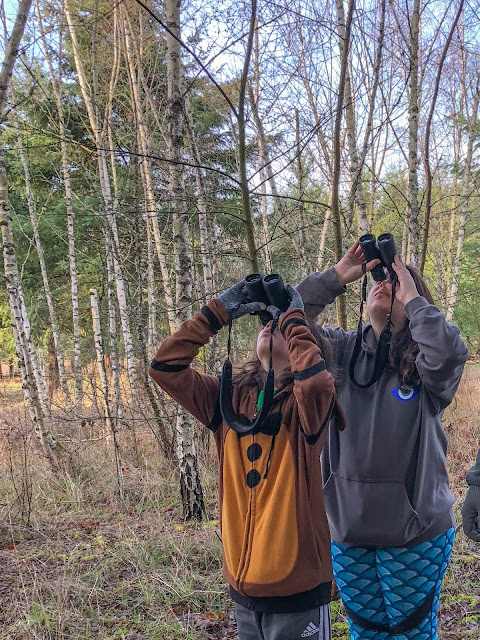 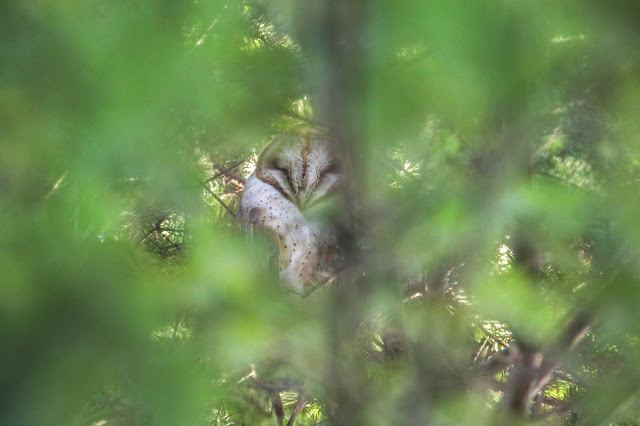 We stopped by the local duck pond with some cracked corn to see if we could lure in any interesting ducks and indeed some Wood Ducks showed as well as the female pintail. 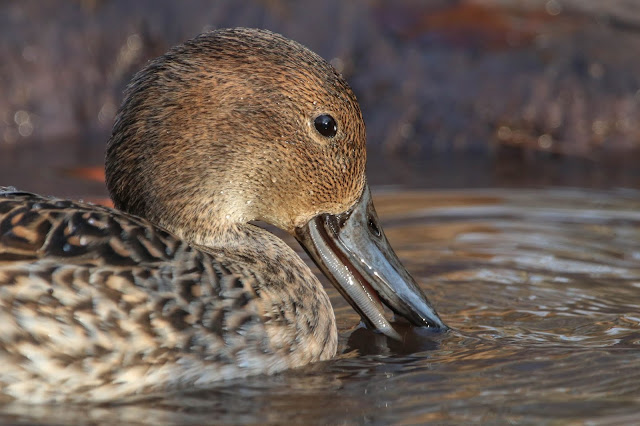 Long after the cracked corn was gone a squirrel showed up to beg. 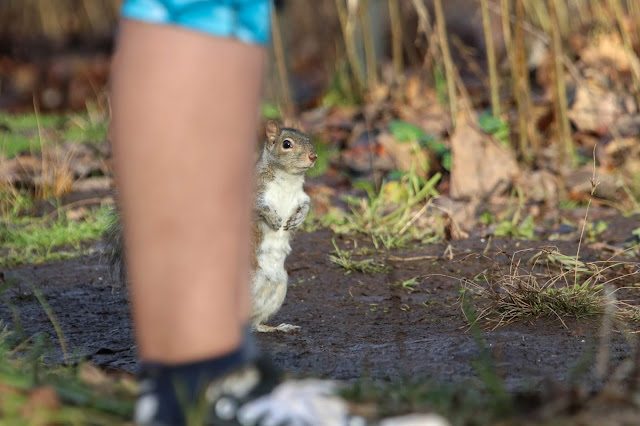 Much of the rest of the week I was thinking about the January Bar Chart Challenge and birded some places that aren't birded much.  I started with the fish hatchery hoping for the dipper I had the week before, but no luck. 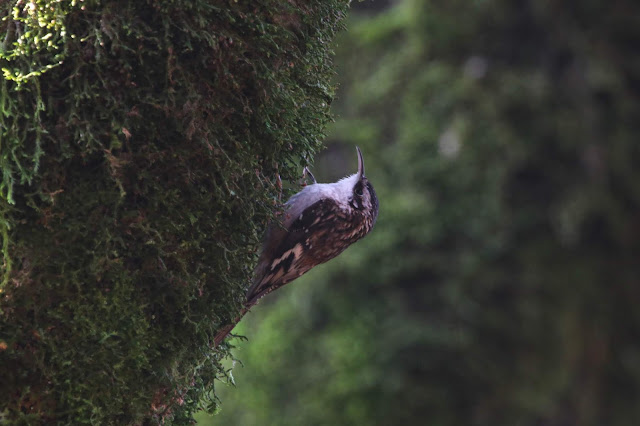 I did find one nice surprise on the edge of East Biddle Lake: a Virginia Rail!  This seems like a weird spot for one but maybe it's not weird at all. 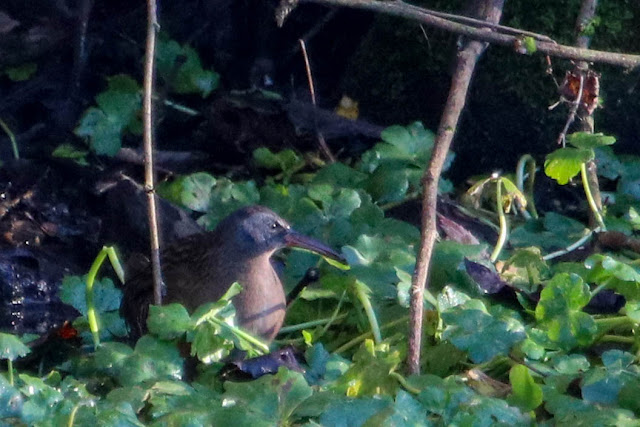 I've had rails in my 5MR a few times but they are far from reliable and usually heard-only.  This was cool.

I returned to David Douglas Park to change its gray bar green (and now I have Ned's Atomic Dustbin's Grey Cell Green in my head).  It was a mellow outing with a few year birds including a Merlin again!  Now I'm wondering if it spends all winter here. 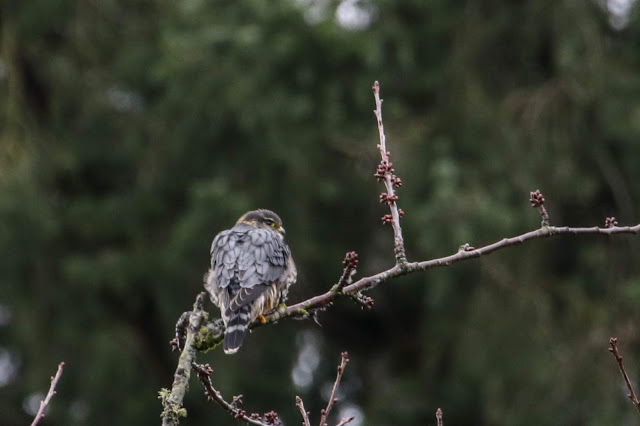 Jacob and I made an outing to Multnomah County to try for some 5MR year birds at Broughton Beach. 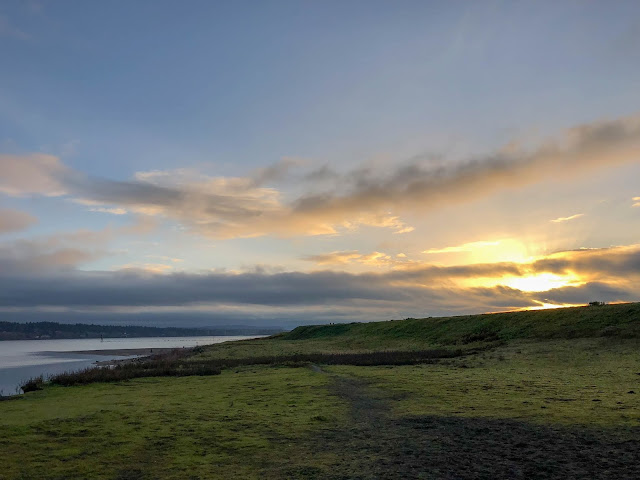 We easily found a flock of American Pipits and a lone Savannah Sparrow on the rocks. 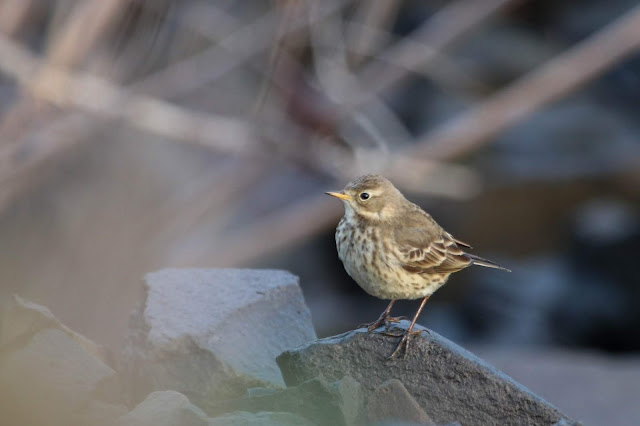 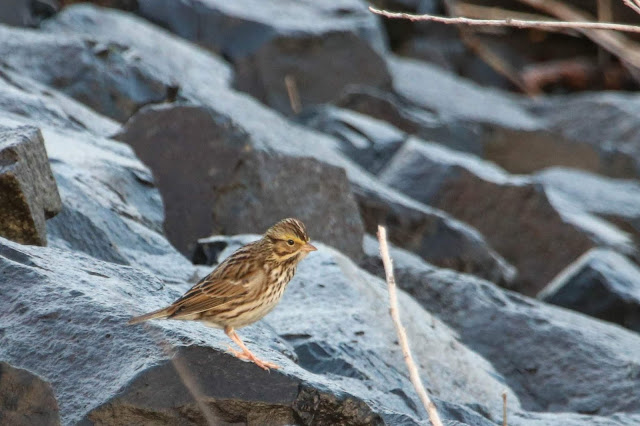 Western Grebes were hanging out close to shore. 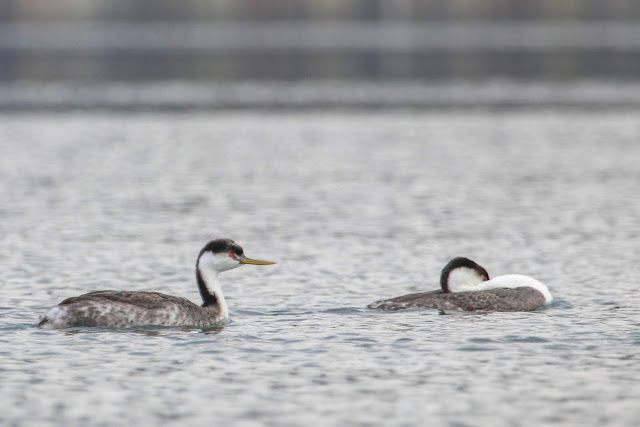 We also picked up Horned Grebe, Mew Gull, Ring-billed Gull, and Rock Pigeon for the year.  From there we headed to the Columbia Slough trail to look for the Blue-gray Gnatcatcher that has been around since December.  I had actually thought this spot wasn't in our 5MR so had never gone to look for the bird when it was first reported, but a close look at the edge showed me it was just inside our circle.  When the bird was refound by Adrian Hinkle and Audrey last week I knew I had to go see it!

It took awhile to find as it wasn't vocalizing much and was moving nonstop through low grass and brush.  Finally we got eyes on it. 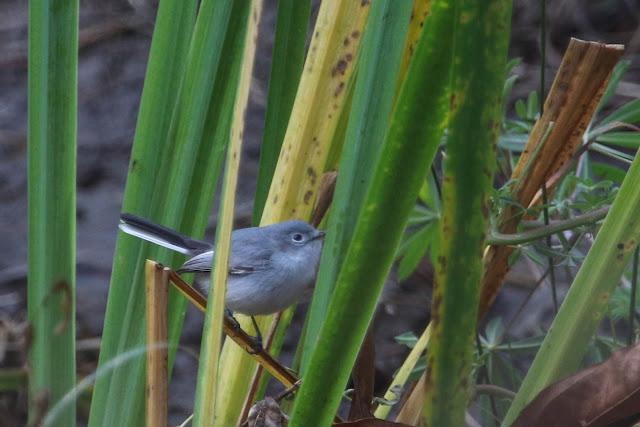 It followed the slough shoreline for a bit then flew across the trail to the shrubs by the chainlink fence. 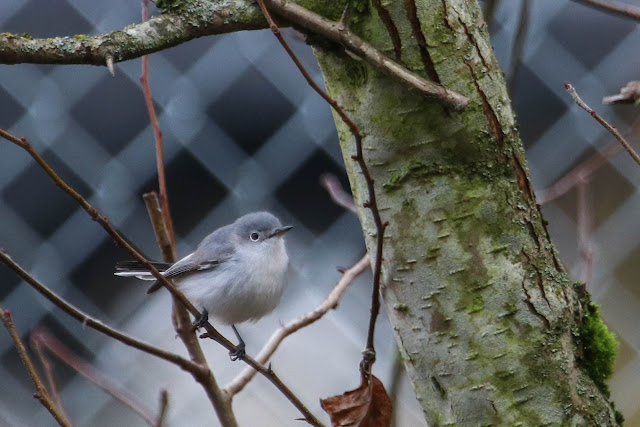 Yay!  I'm kind of glad it took us so long to find it because the area was super birdy with chickadees, kinglets, a Townsend's Warbler, Downy Woodpeckers, creepers, a Varied Thrush and a Hermit Thrush.  The Hermit moved around a bit and ended up on a log in the slough, snatching insects from the green muck. 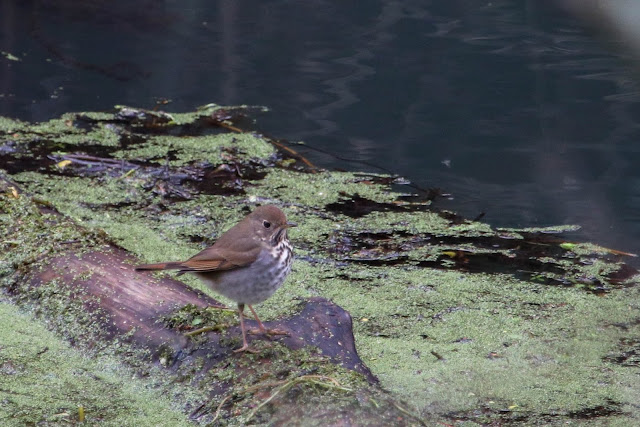 King of the slough