on January 17, 2019
Jacob and I went birding outside our 5MR (gasp!) this week on a chilly sunny morning.  The temperature at our house when we left was 42 but by the time we got to Vancouver Lake it had dropped to 29. 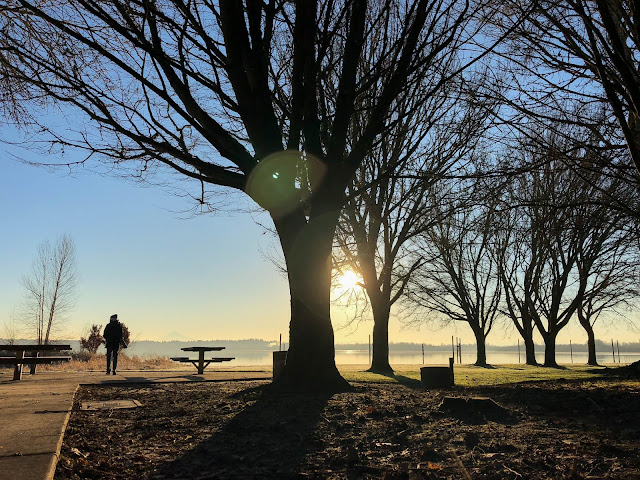 We had heard from a local birder that a certain owl was using the same roost it had used last winter and Jacob wanted to check it out.  First we walked down to the water for the mountain views and to check out the ducks and whatnot. 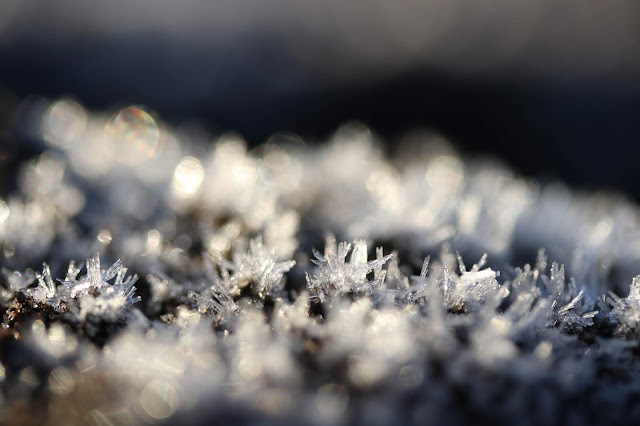 Frost on the sand

While I was crouched down trying to get macro shots of the frost I heard a familiar tweet: a Black Phoebe!  This was a bird we had dipped on several times the previous winter here so it was nice to see it actually exists. 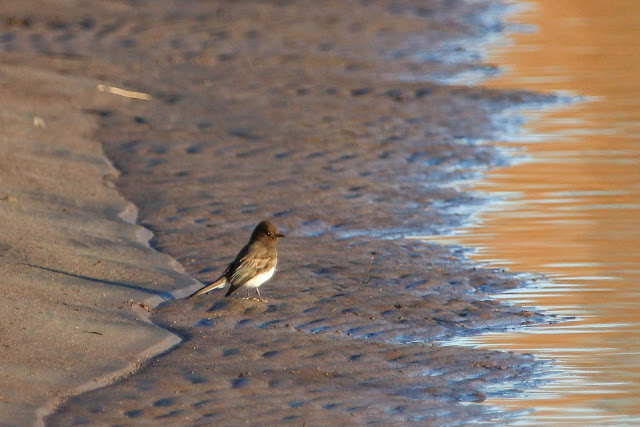 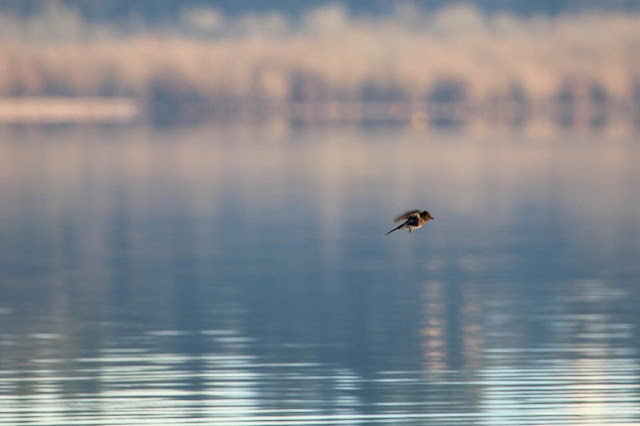 Good start to the morning!  Next we checked for the owl but found a squirrel camped out right above its hole.  Grr.. 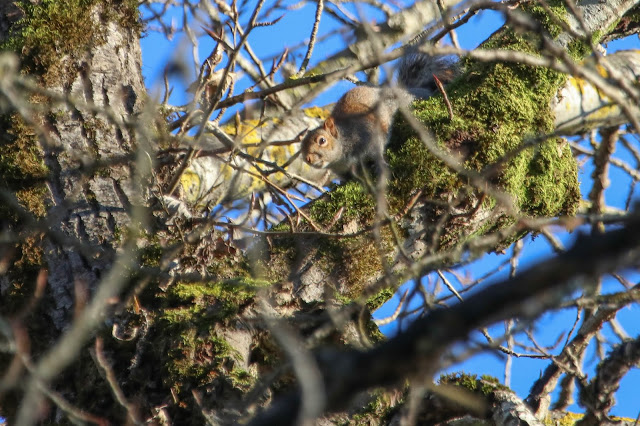 We lingered for a bit but the squirrel did not budge.  Eventually we made our way up the trail to see what else was around. 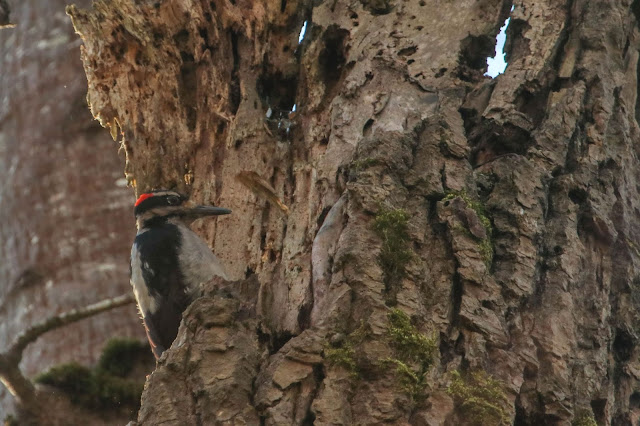 Hairy Woodpecker!  A new one for us at Vancouver Lake. 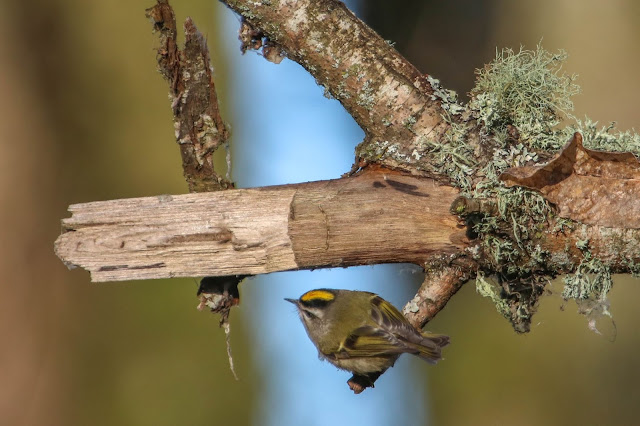 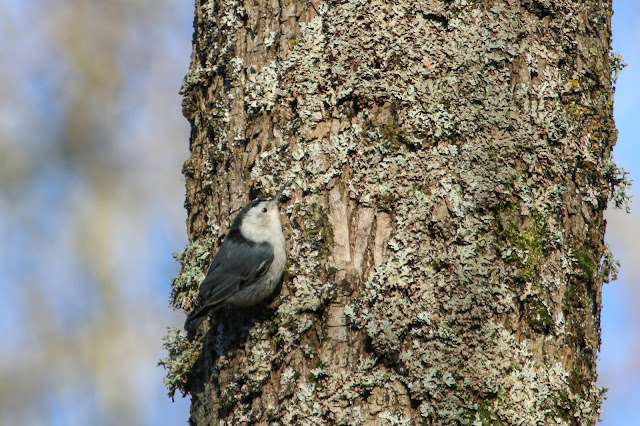 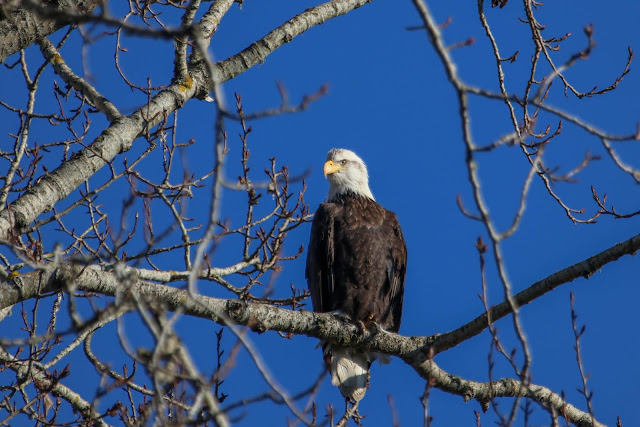 Bald Eagle (did ya see it?)

We walked to the end of the trail where it pops out on the water again and found a few Sandhill Cranes mingling with the herons and egrets. 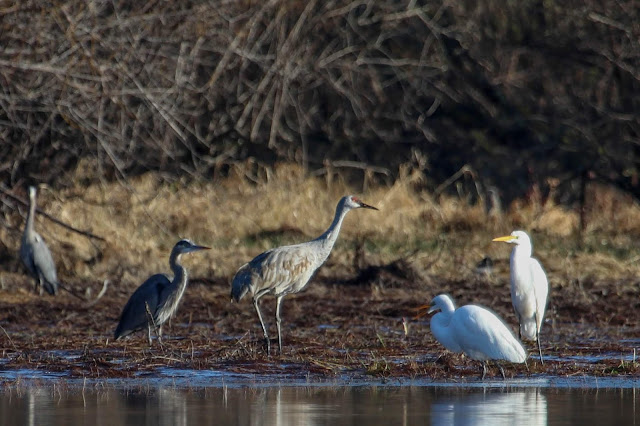 We picked up Hooded and Common Mergansers, Mallards, wigeons, pintails, Green-winged Teals,  Mew and Ring-billed Gulls, and more Bald Eagles at this spot. 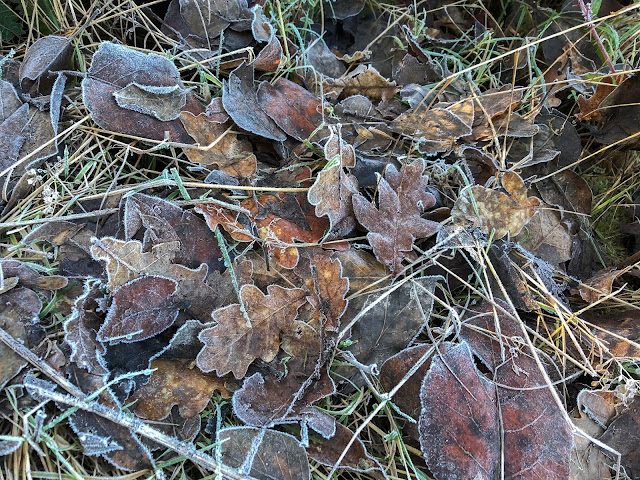 We headed back down the trail and this time the Western Screech-Owl was out enjoying the sunshine, no squirrel in sight. 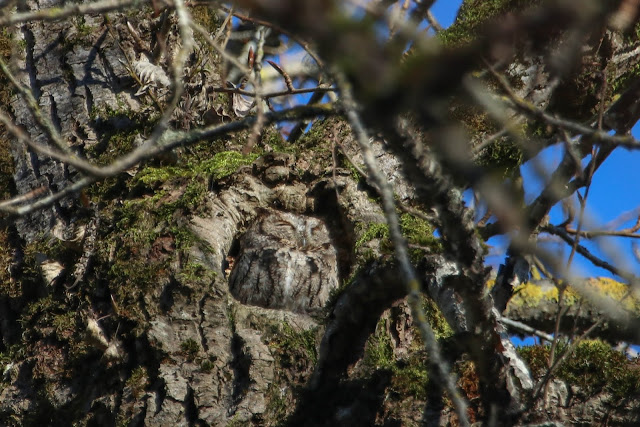 We wanted to check the area around the parking lot for sparrows now that the leaf blowers there earlier had moved on.  A guy had just scattered a bunch of millet and peanuts around so the bird activity was decent. 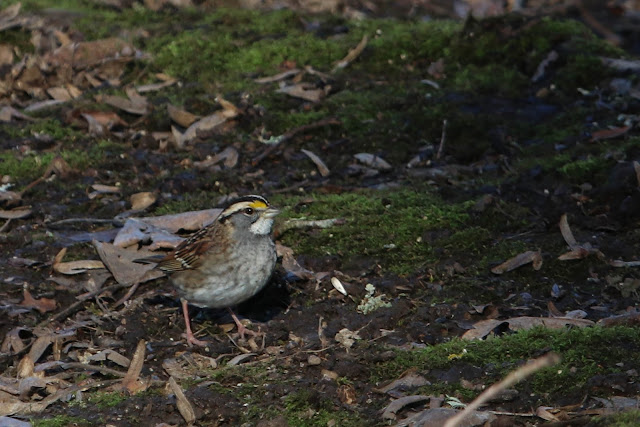 It was a solid outing with tons of year birds!  We finished off the morning with lunch and beers at a brewery downtown. 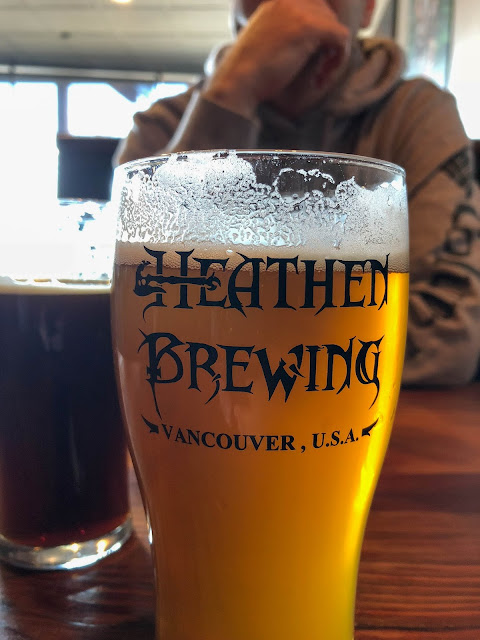