on March 10, 2019
It's been a few weeks since my last 5MR post so there is a lot to catch up on!  I've picked up eight 5MR year birds including two that were completely new for my 5MR.  Some of the birds have been better than expected, and some have been like this one: 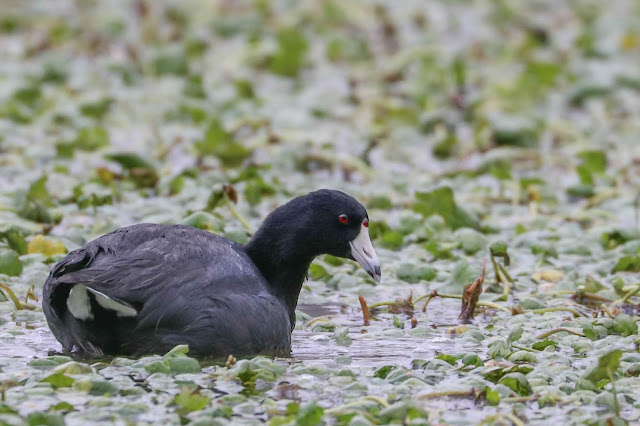 One of the hotspots I created in my 5MR has been extra good.  I recently split it into two hotspots creating more manageable sections to bird.  The first area, "Burnt Bridge Creek at NE 147th Ave" is my main interest as it has big open cow fields as well as a huge area of marsh, plus a small stand of oak trees.  This is where Jacob and I have seen a Barn Owl hunting every time we visit before sunrise, so imagine how horrified I was to see a dead one on the side of the road!

Oh, but after walking a quarter mile on a busy narrow stretch of farm road to retrieve the dead owl I found this instead: 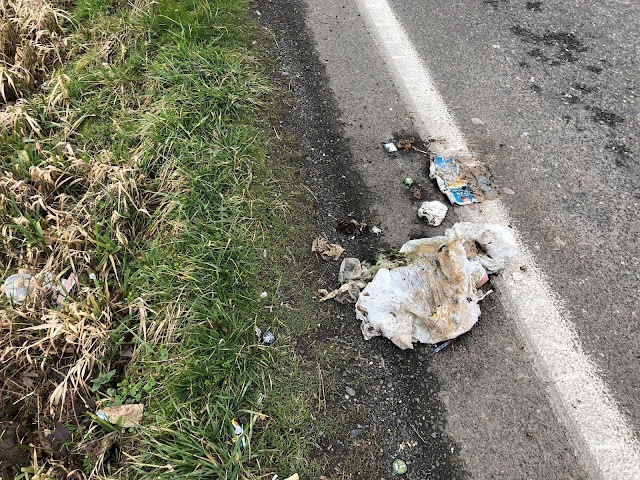 On another visit I walked the area thinking it was the perfect morning to find a Say's Phoebe, shrike, or bluebird.  After about an hour of wandering around I heard some angry Song Sparrows, and then some angry Red-winged Blackbirds.  I looked up and boom, Northern Shrike, exactly where it should be. 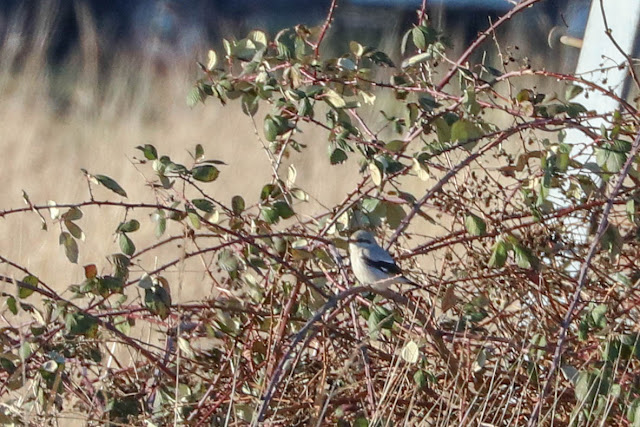 Another visit to this spot on a sunny afternoon finally turned up the wigeon flock.  I knew there was a Eurasian in there somewhere since I found one in a photo I had taken in February.   After staring hard into the brisk east wind for quite awhile I was able to pick out a bright red head. 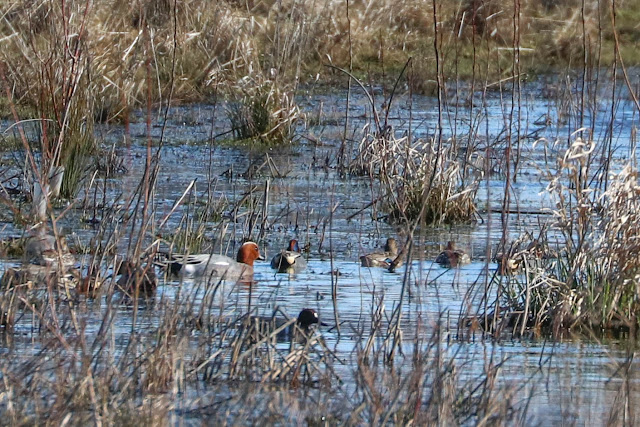 The birds here are good and as I've shown y'all before, the view is awesome too. 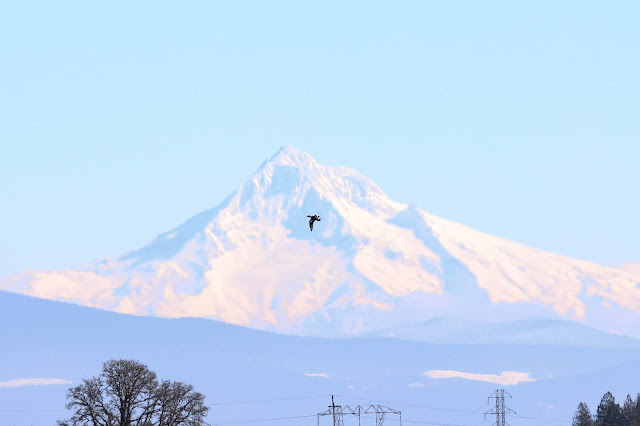 A couple days ago I returned to this area and after birding this hotspot, went over to the other hotspot I created along NE 162nd Ave.  Here there's a very busy and loud road with decent habitat on both sides, plus a dairy farm.  If you took out the traffic it would look much like Ridgefield.  On my drive over to that spot I stopped for a couple of 5MR deer. 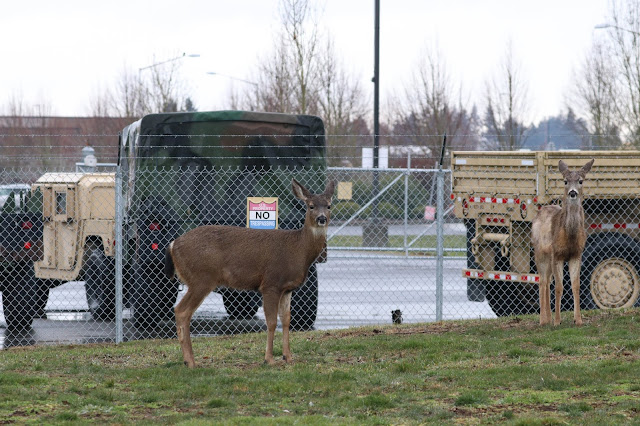 There's an abandoned house on NE 162nd where I found another 5MR year mammal, a California ground squirrel. 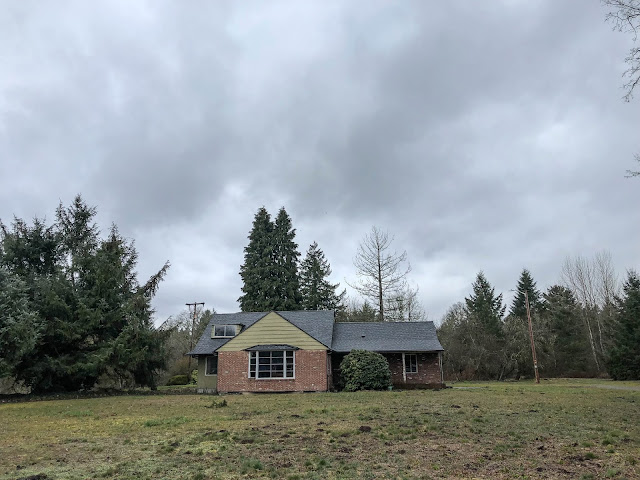 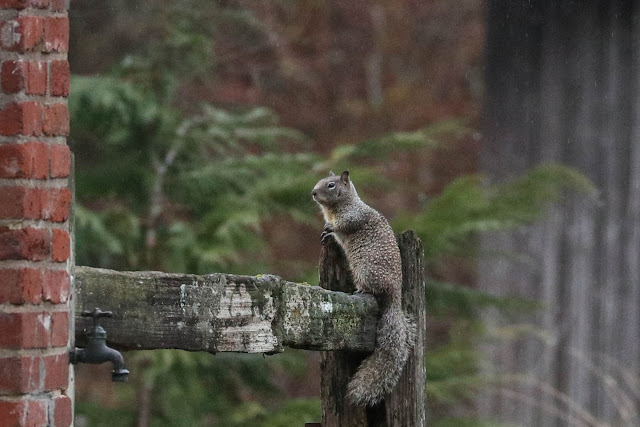 In the field on the east side of the road was a large mixed flock of blackbirds and starlings. 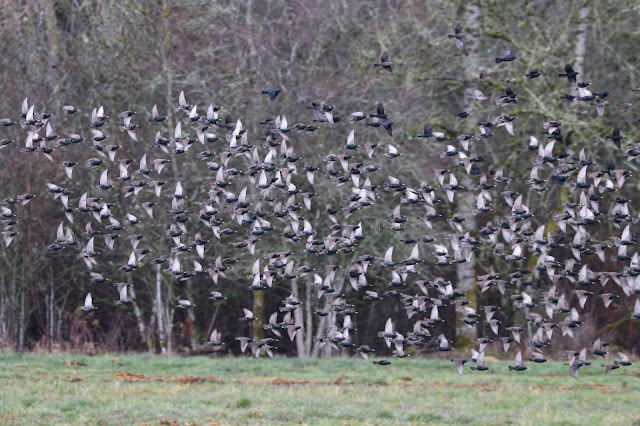 There were some Red-winged and Brewer's Blackbirds, but also many Brown-headed Cowbirds.  5MR year bird #102! 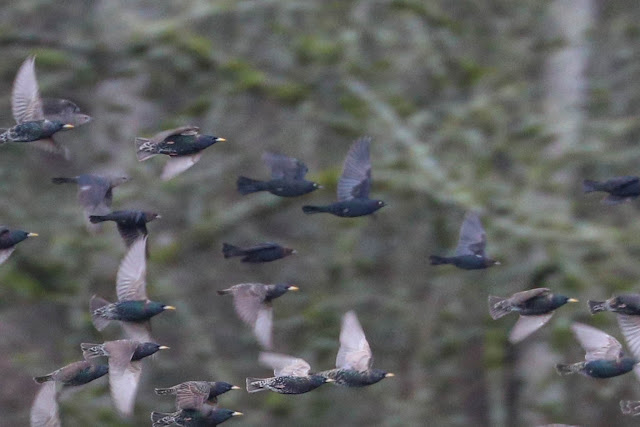 It's really quite pretty if you can tune out the road noise. 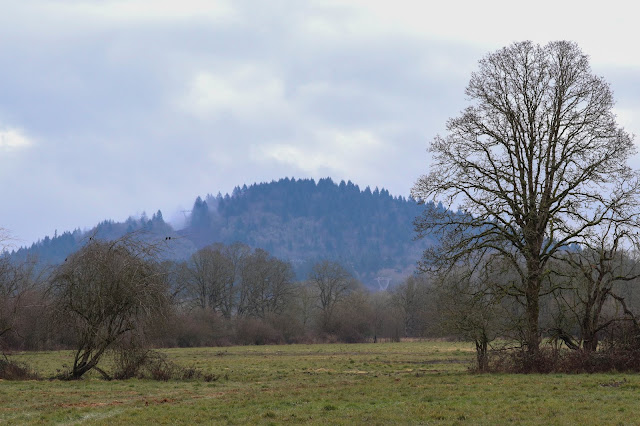 One day I went over to Jacob's patch along the Burnt Bridge Creek Trail and met Bradley.  Bradley is an older man who was down from Alaska for a few weeks sorting out VA benefits and his new prosthetic leg.  Bradley had just finished up feeding the various ducks and geese cheetos so they were all quite close.  A Northern Shoveler was new to the mix here. 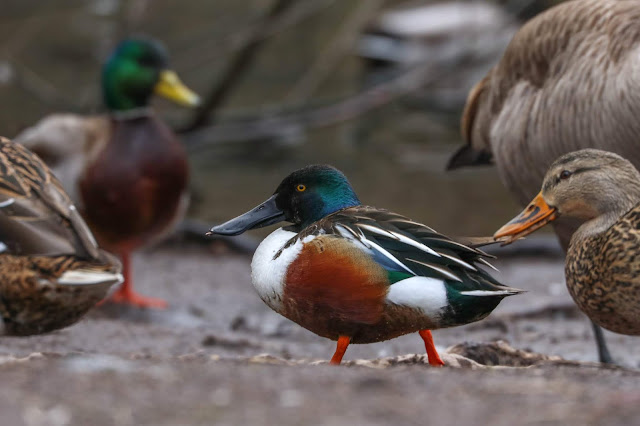 When I returned to this spot a couple days ago the shoveler was still around, only he seemed to be in some kind of love triangle with a pair of Mallards.  The female Mallard followed him everywhere, while the shoveler spent most of the time chasing away a male Mallard.  I watched for a long time and it really seemed like the male shoveler and the female Mallard had a little something going on.  Hmm.

Last week I visited Marine Park because amazingly it had zero checklists for the first week of March.  It was a lovely morning oozing with spring. 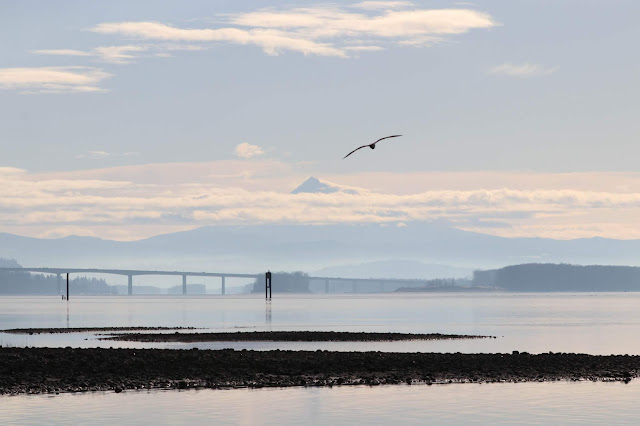 Right by the main parking lot I noticed a nest way up in the trees with an ear tuft sticking out.  A Great Horned Owl! 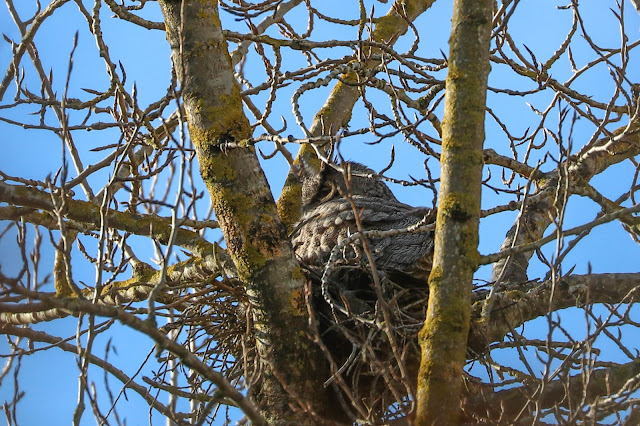 Up the path farther I noticed more nesting birds, a pair of Red-tailed Hawks. 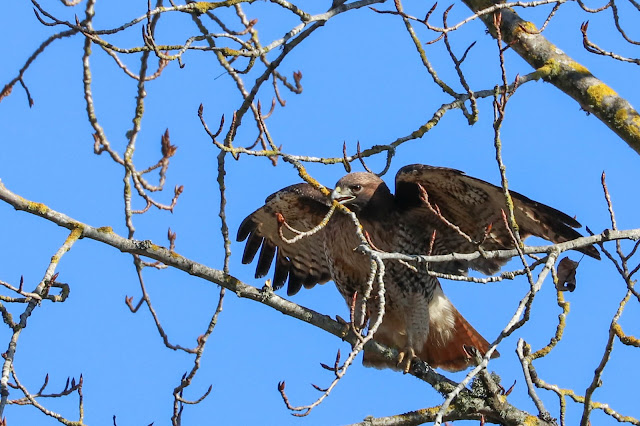 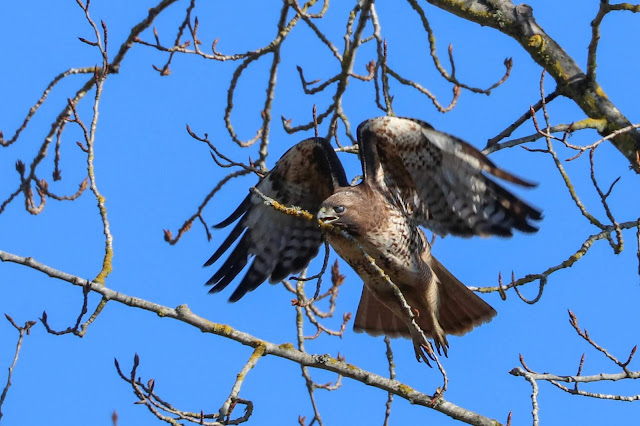 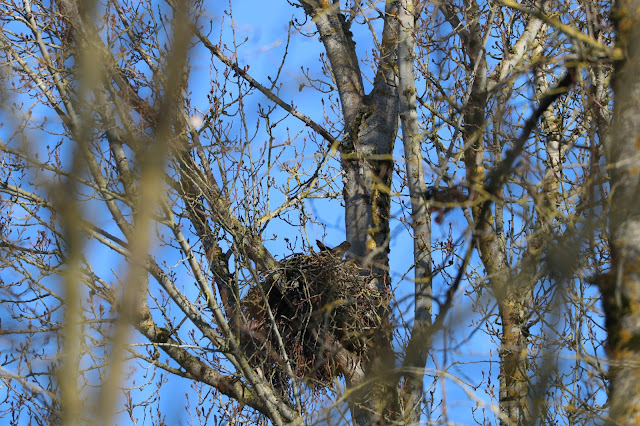 And of course some of the birds were getting frisky nearby. 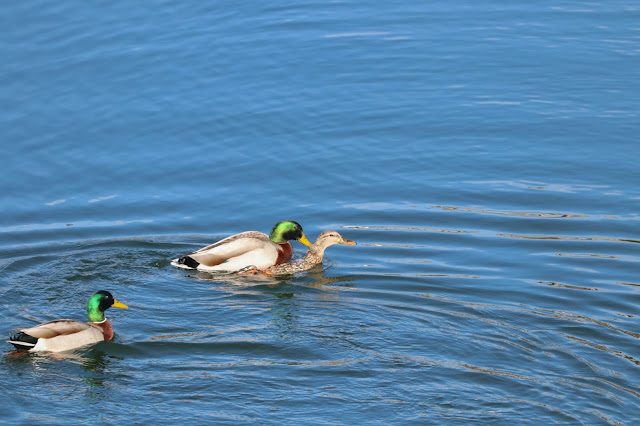 A morning trip to the fish hatchery last week turned up another pair of nesting birds, a couple of Black-capped Chickadees.  This pair was taking turns excavating a cavity right by East Biddle Lake. 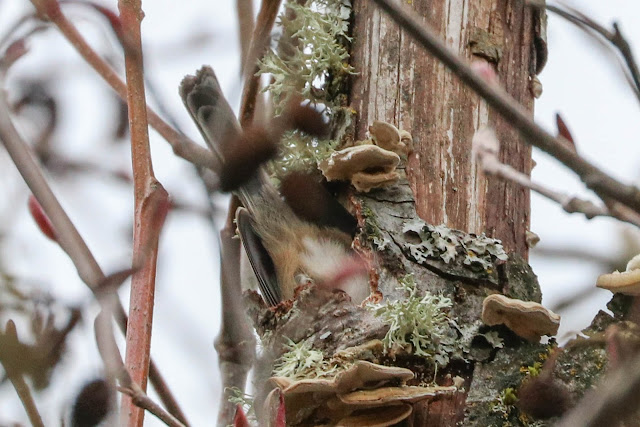 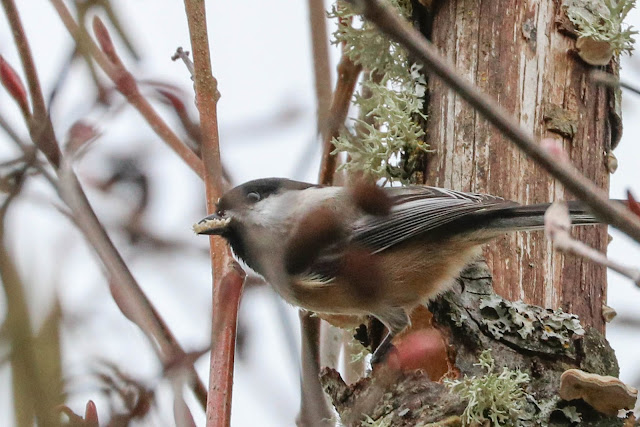 I also had a Hermit Thrush and White-throated Sparrow there, trying to remind me that it's still winter.  As if the snow falling was not reminder enough. 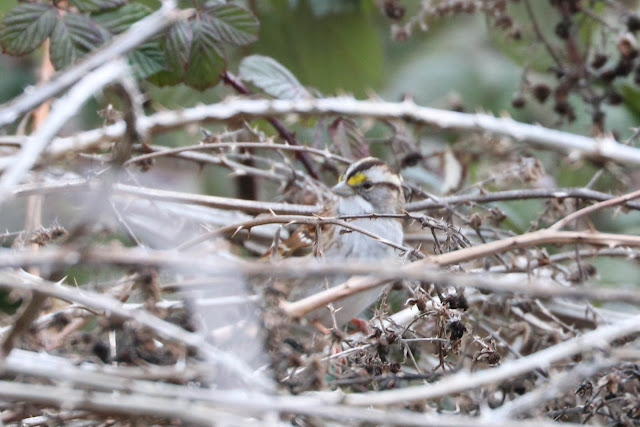 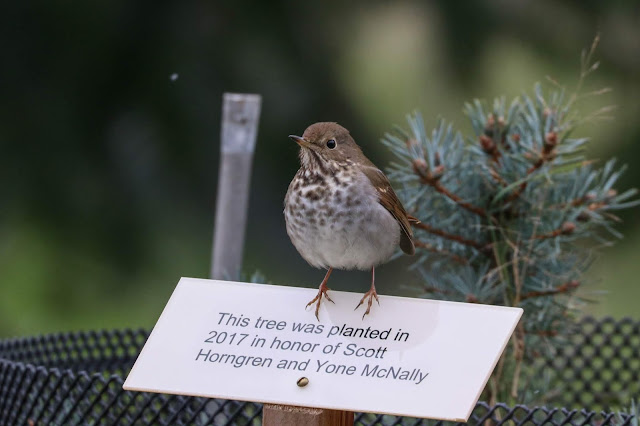 It didn't snow a lot that day but it was pretty.  Here Ralph demonstrates the snow level: 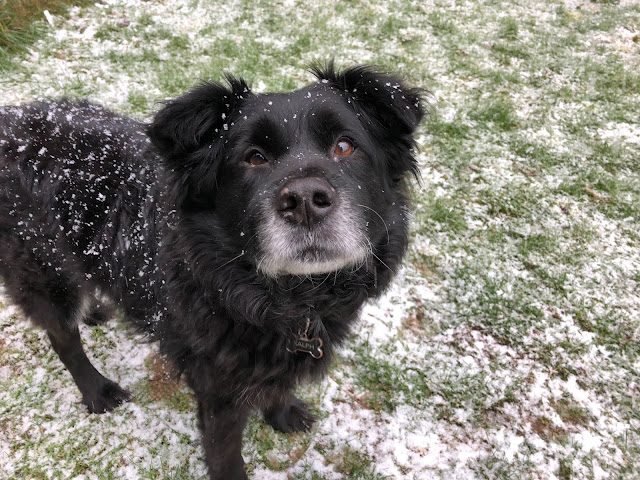 Yesterday morning I went over to Wintler Park because it had never had a checklist for the second week of March.  I was hoping for Say's Phoebe since they had been showing up in the Portland area recently and I was not disappointed.  One flew over and disappeared quickly, but a second was hunting over the edge of the pond at the Tidewater condo complex. 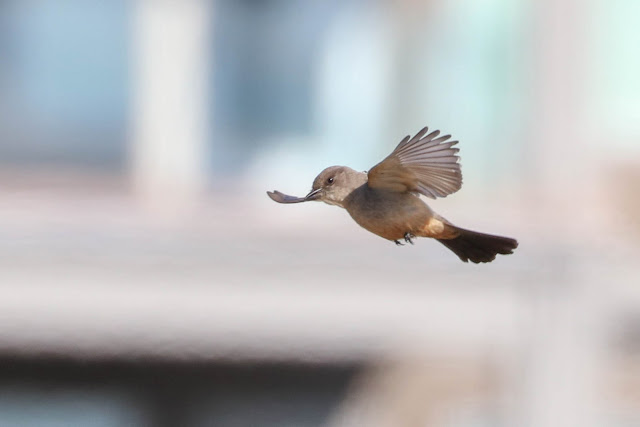 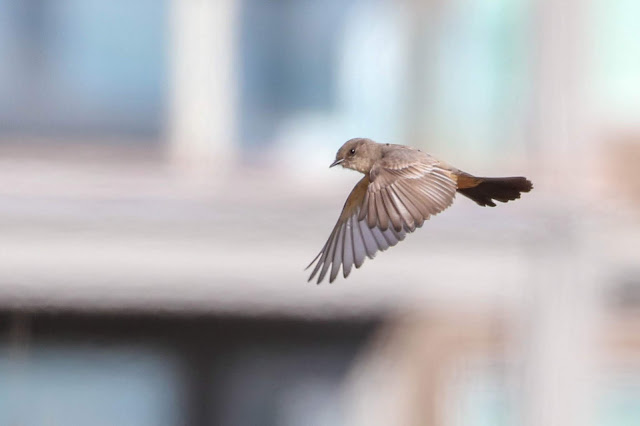 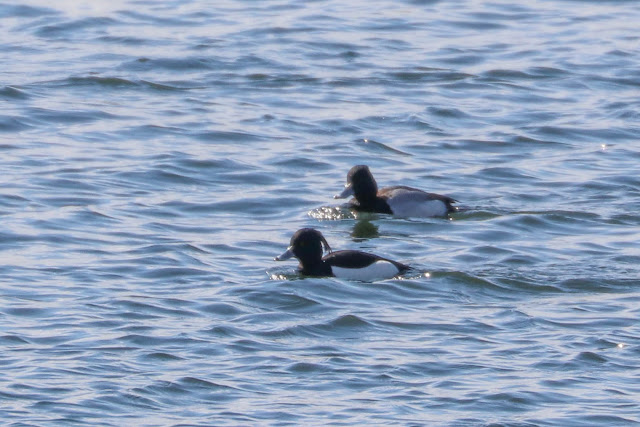 Again, I laughed at the ridiculousness.  This bird should not be so easy.  A Barrow's Goldeneye tried to intervene. 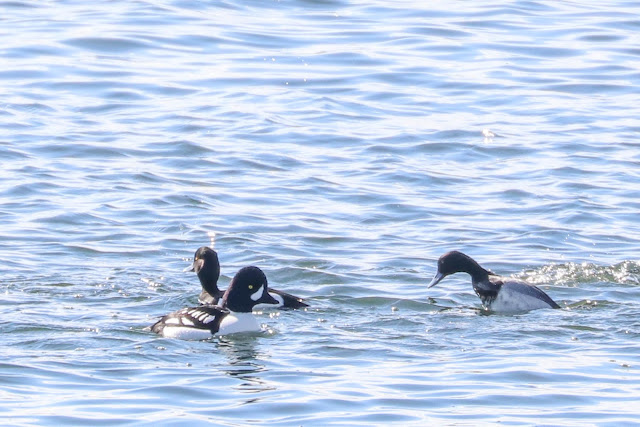 Don't look at that bird, look at me