on August 24, 2019
For my birthday this week I decided to spend four days out at the Lincoln City house.  Jacob was able to join me for most of those days, but my first night and morning I was on my own.  The first evening I took the mutts up to one of the clearcuts to tire them out. 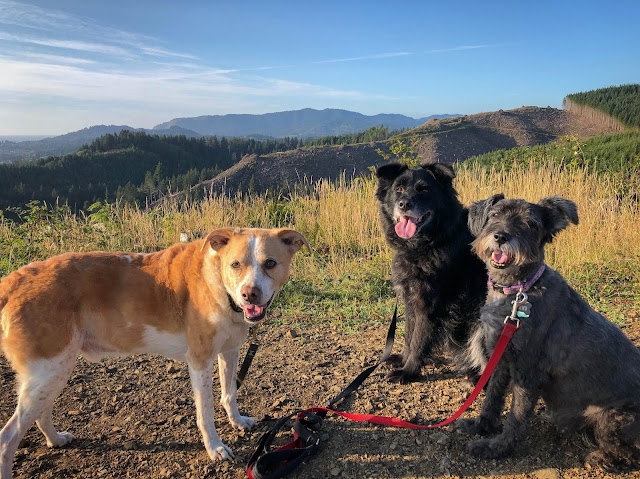 The next morning I wanted to check out the Salishan Nature Trail (outside the future 5MR) for possible shorebird action. 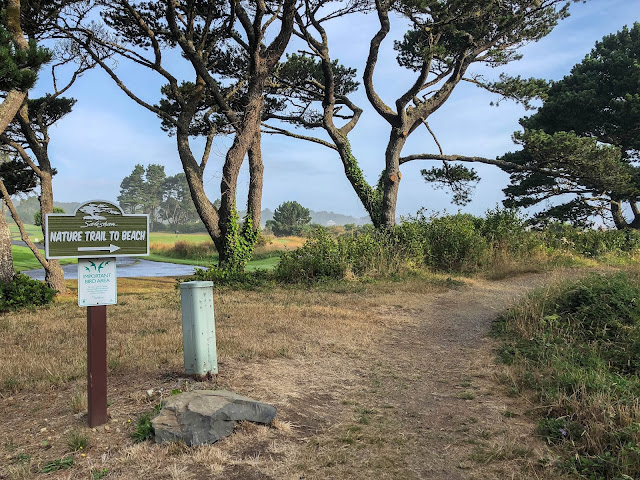 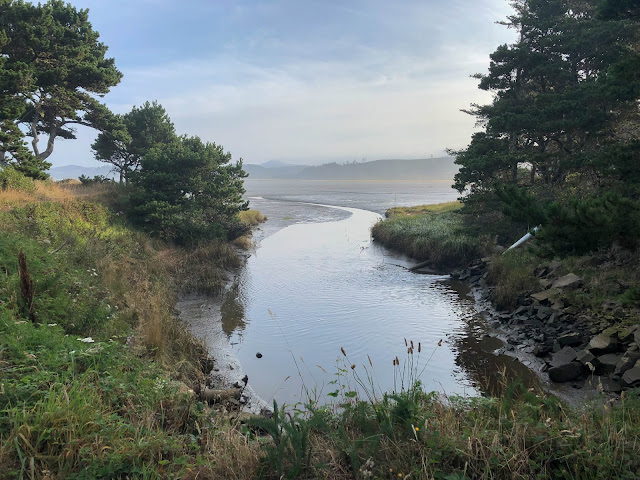 I was initially a little annoyed that they were mowing the golf course that borders the trail but forgot I was annoyed when I encountered a flock of Bushits.  County bird!  Ha!  Such a ridiculously easy bird in PDX, but not quite as common at the coast I guess. 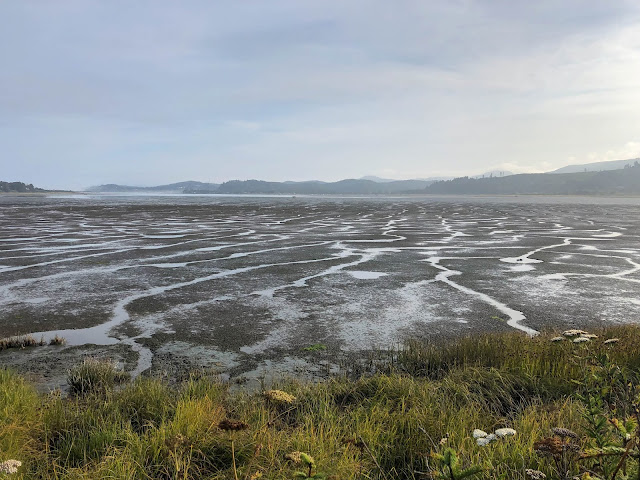 These vast mudflats were promising and I could see tons of shorebirds in the distance but I didn't have my scope.  I picked out some Semipalmated Plovers but that was it.  The trail was birdy though! 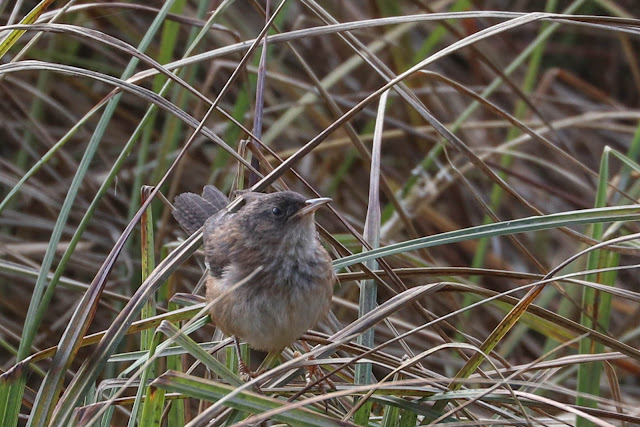 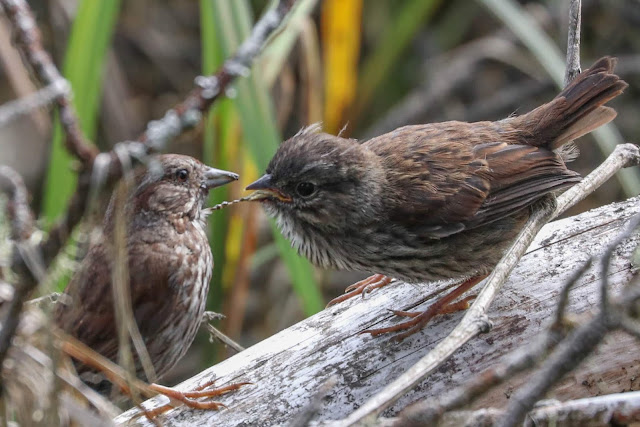 The next day was my birthday which began with a dog walk at East Devils Lake State Park. 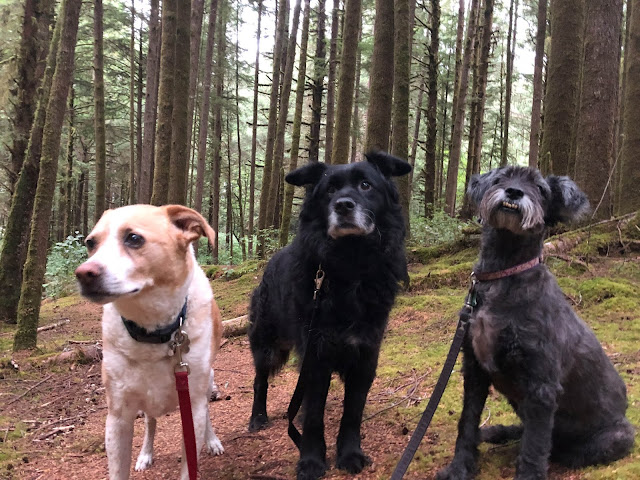 With those guys tired we were free to get some tasty breakfast and head out for some cloudy then rainy birding. 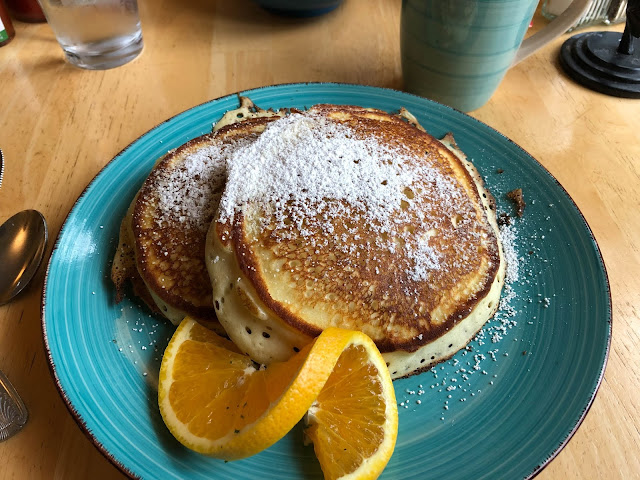 The Wildflower Grill has both awesome pancakes AND a wetland with a Green Heron. 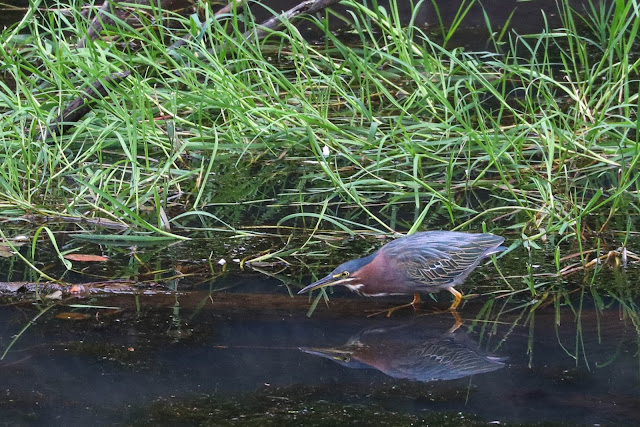 With full bellies we drove south to check out Cannery Slough which definitely looks like it has good potential.  Purple Martins were abundant here and I assume that's what this youngster is: 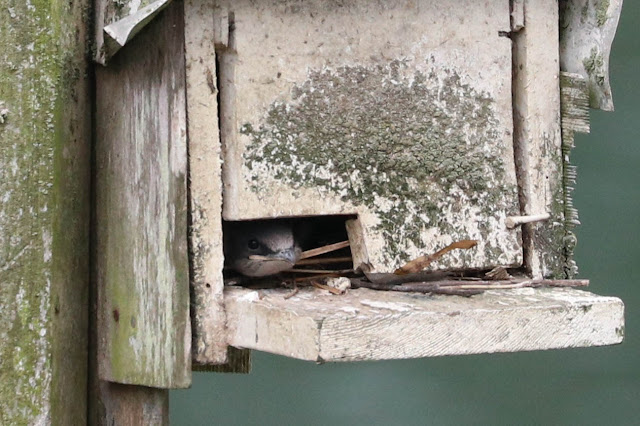 A Peregrine appeared and was escorted away by the martins.  Nice and quick little roadside stop.  From here we went back to 101 to head south to try the Salishan Nature Trail again with a scope. 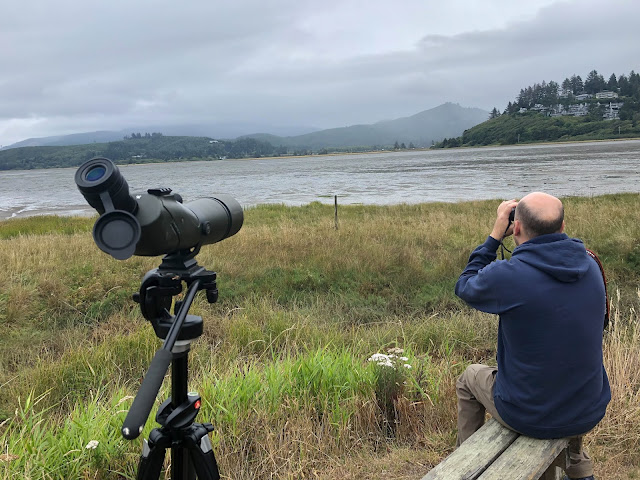 The scope helped...somewhat.  Low tide is probably not the ideal time to look for shorebirds here because the birds end up way far away from the trail.  Lesson learned.  Even so we were able to pick out some Leasts and Westerns and this flock of Whimbrels: 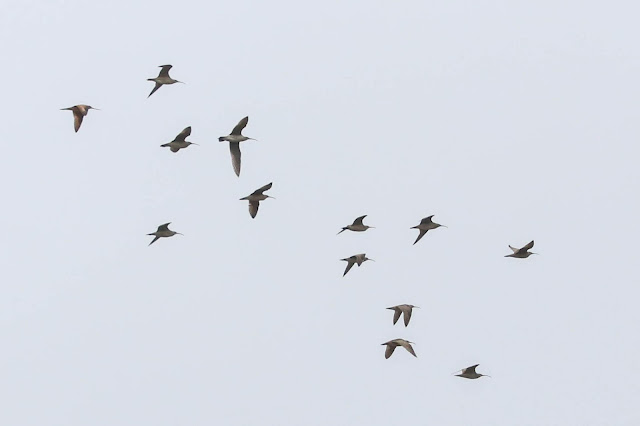 We followed the trail that leads out to the ocean beach and found two Semipalmated Plovers on the sand. 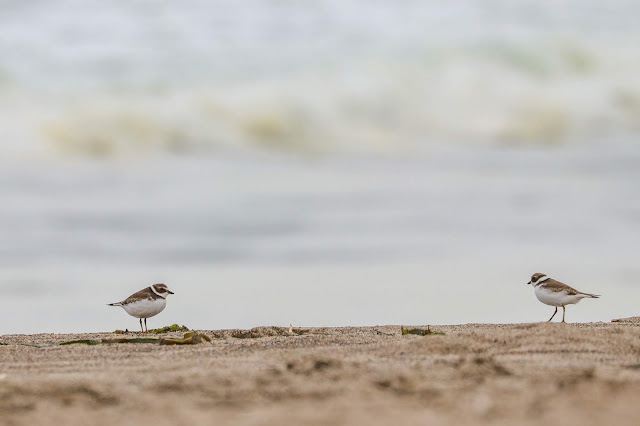 Overall it was less birdy than my walk there the previous day, but more shorebirds identified so that was good.

Earlier that morning I noticed an eBird checklist from the local sewage ponds that I did not know existed.  The hotspot says "restricted access" but we decided to give it a shot anyway and I'm so glad we did.  At the office the guy told me all we had to do was sign in and out, and keep our car parked in the office lot.  Easy peasy, sewage for everyone! 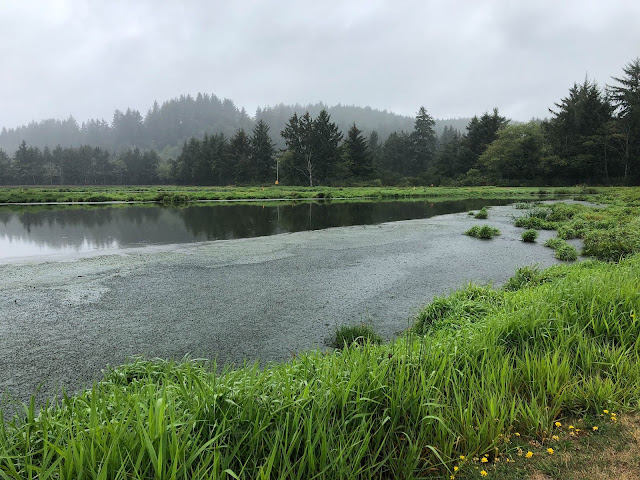 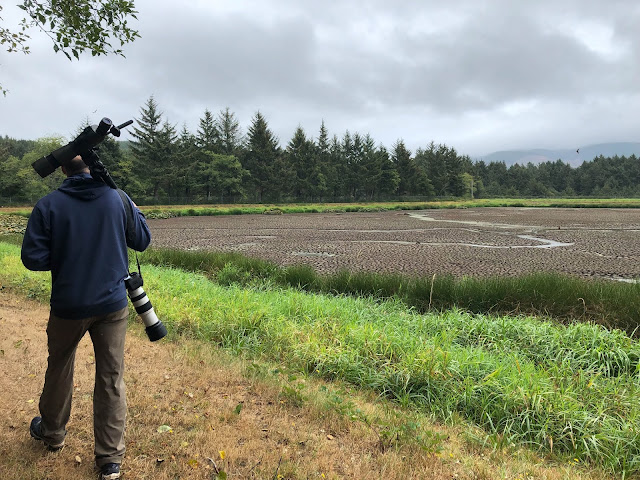 Immediately we saw there were plenty of shorebirds, ducks, swallows and more to keep us busy. 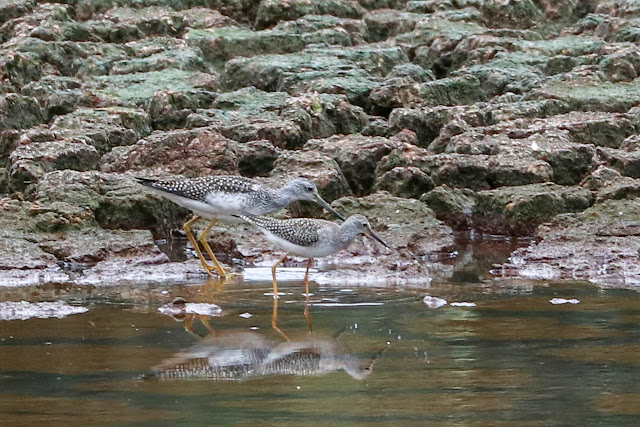 Greater and Lesser Yellowlegs together!  And both county birds! 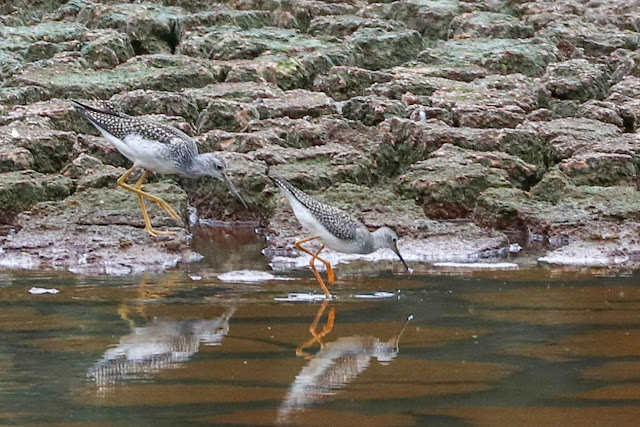 This one peep we kept trying to turn into different things but I think it's just a dirty-legged Least. 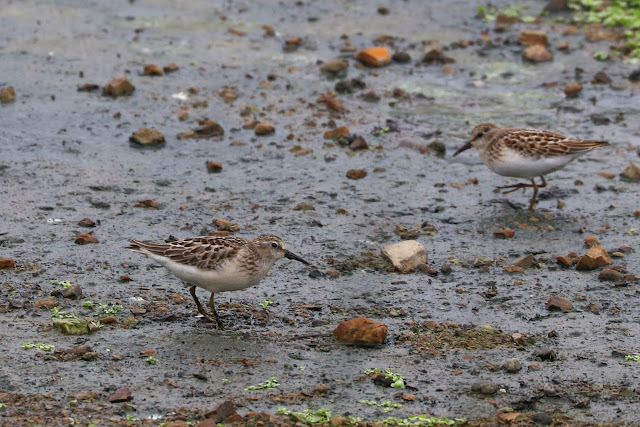 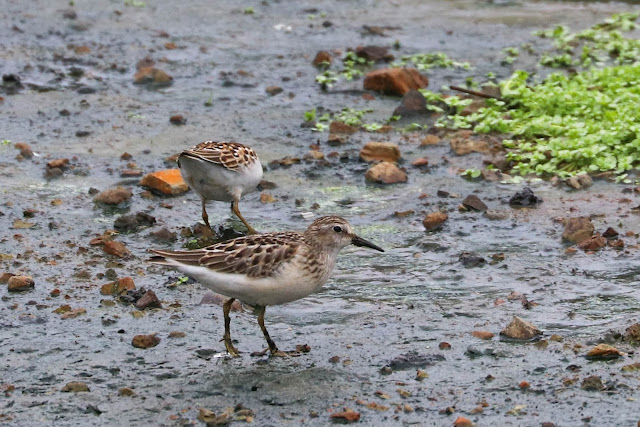 This dowitcher would be a county bird if I could tell which kind it is: 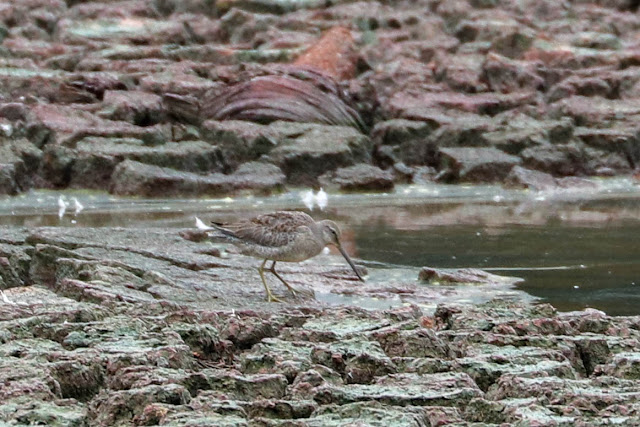 There were tons of swallows here and they conveniently were landing on a wooden railing.  Convenient for picking out two more county birds! 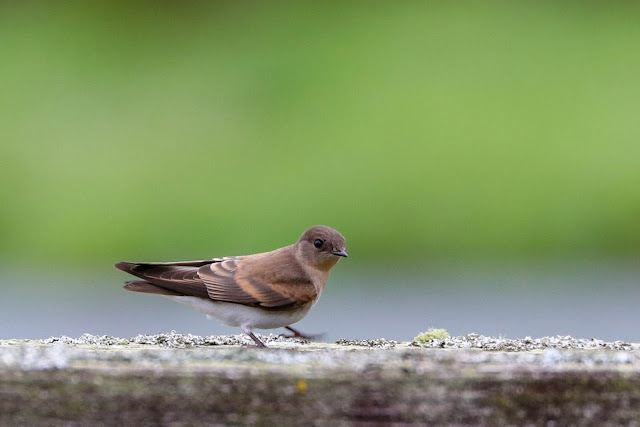 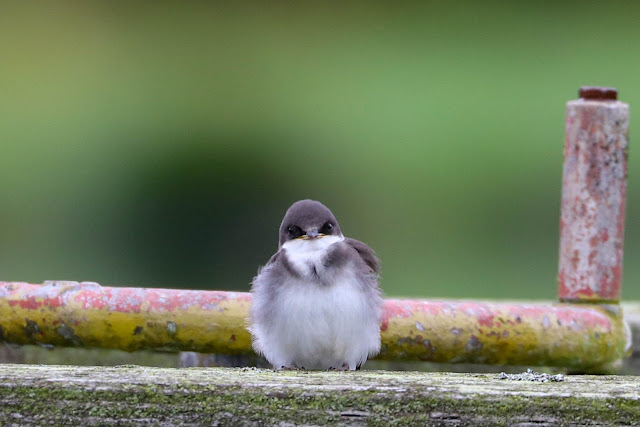 This is a great spot!  And surprisingly it hasn't been eBirded all that much.  Best of all it's in the future 5MR!

Back at the house we enjoyed some birds that have been regular at the feeders for over a week, a pair of Red Crossbills. 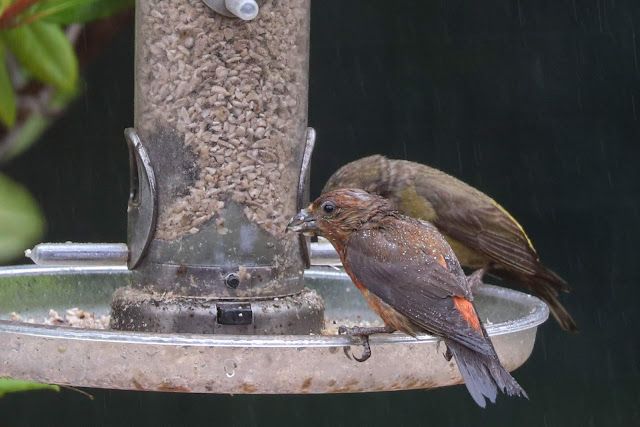 The next day we went for a walk through the Friends of Wildwoods Open Space near our house, then headed to a new-to-us beach access. 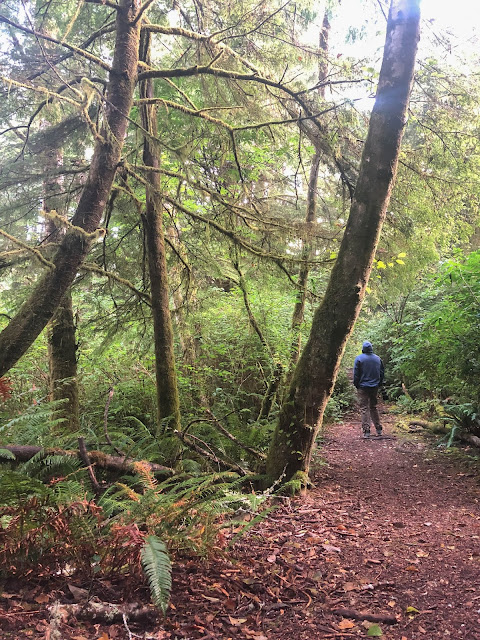 Friends of Wildwoods was lovely though uneventful.  The 15th Street beach access was a bit more exciting. 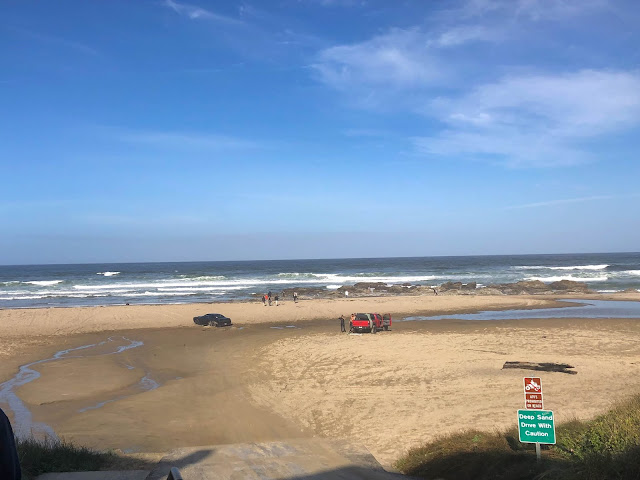 Complete with a Dodge Charger stuck in the sand

I had read that there are tide pools at this beach access but it was an eBird report full of rockpipers that got our attention.

Even though there were a bunch of people climbing on the rocks there were still lots of birds. 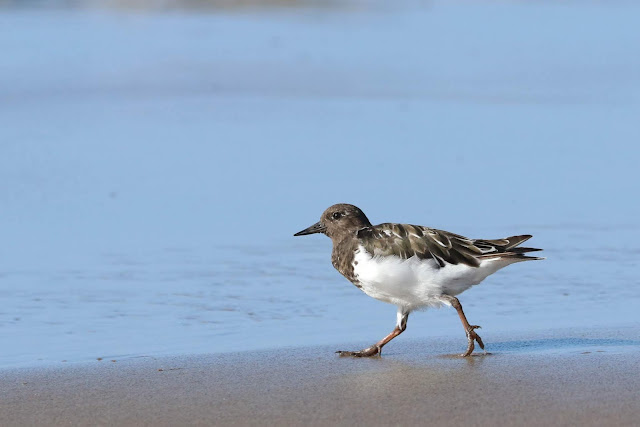 Plenty of each, 5MR Black Turnstones and Surfbirds!